Cocktails at the Ritz

Cocktails at the Ritz.  Just the sound of those words betrays the decadence.  And decedent it was.  A real treat.

The cocktail bar at the Ritz, known as the Rivoli Bar, is certainly vying to knock the Savoy's American Bar off its perch as London's swishest place to imbibe mixed drinks.  Recently refurbished, it has all of the 1920s charm one would expect of the Ritz in general and certainly of their flagship bar.  They've spent that refub money well, though: it is stunning.

We were only stopping in for the one, sadly.  I had the Jalisco Smash, a new take on the classic mint julep, combining aged tequila, shiso leaves (a kind of Japanese herb, similar to mint (in taste, not style)), fennel seeds, lime and cucumber.  It was lovely.  But sadly too short.  Way too short, in fact.  With a julep there's a degree of stirring, which lengthens the drink.  Not here: it was gone in minutes. 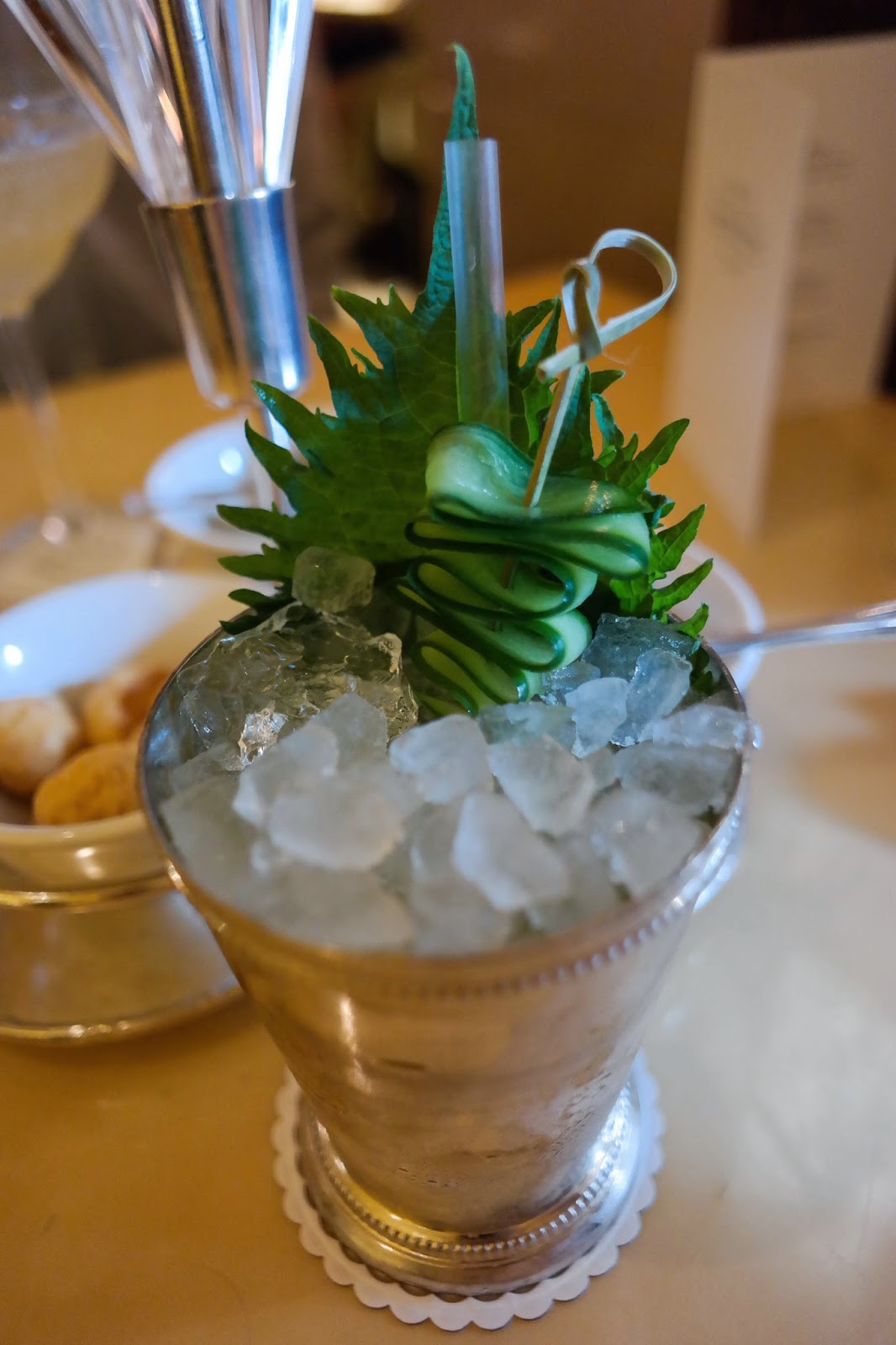 Grubster Girl had the Me Encanta, one of their infamous champagne cocktails, mixing aged tequila, grapefruit infused agave nectar, kaffir lime leaves and champagne.  Again, very nice (and plenty of it this time).  Quite dry (but then champagne cocktails often are) but very tasty. 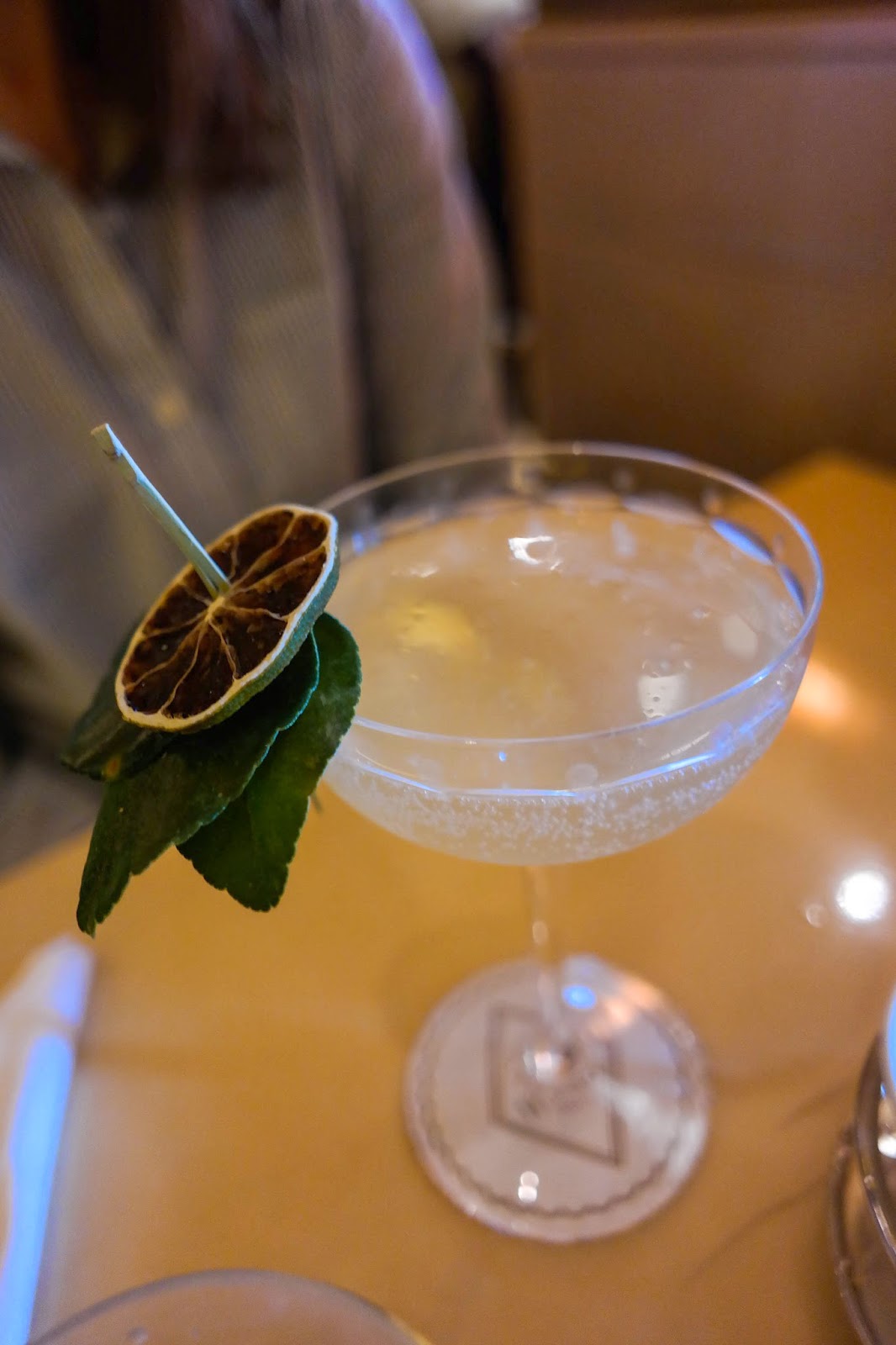 It was a fantastic experience, it really was.  But I'm not sure I'd rush back, if I'm honest.  Nothing wrong with generally – nothing at all, really – except the numbers on the menu.  The prices are there to remind you of where you are: Caviar can be bought at a snip at £14.50 a gram (supposedly to be accompanied by a particular vodka which comes in at £35 a dram).  Cocktails (what we were there for) start at £19 and go all the way up to a mind blowing £350 per glass (honestly, no joke, but then you're talking a drink mixed with 1910, pre-revolution Bacardi).  This is steep.  Proper steep.  Almost to put one in one's place, I feel, to give you a sense of luxury that is born only from the prices, a sort of Veblen bar.  Against the American Bar's (frankly, I feel, superior) cocktails at £14 a pop (which is still bloody expensive, don’t get me wrong) I just felt it was all a step too far.