This really isn’t a recipe; I feel like a bit of a fraud.  It's shockingly easy, almost nothing more than a case of assembly.  But I will say one thing: it is absolutely, totally worth it.  I have completely fallen back in love with pasta and pesto now I've made this.  it's a million times better than that green gunk that comes in jars and at least a thousand times better than the 'fresh' stuff the supermarkets produce.  It's also all about adjusting the taste to fit what you want it to taste like.
You will need: 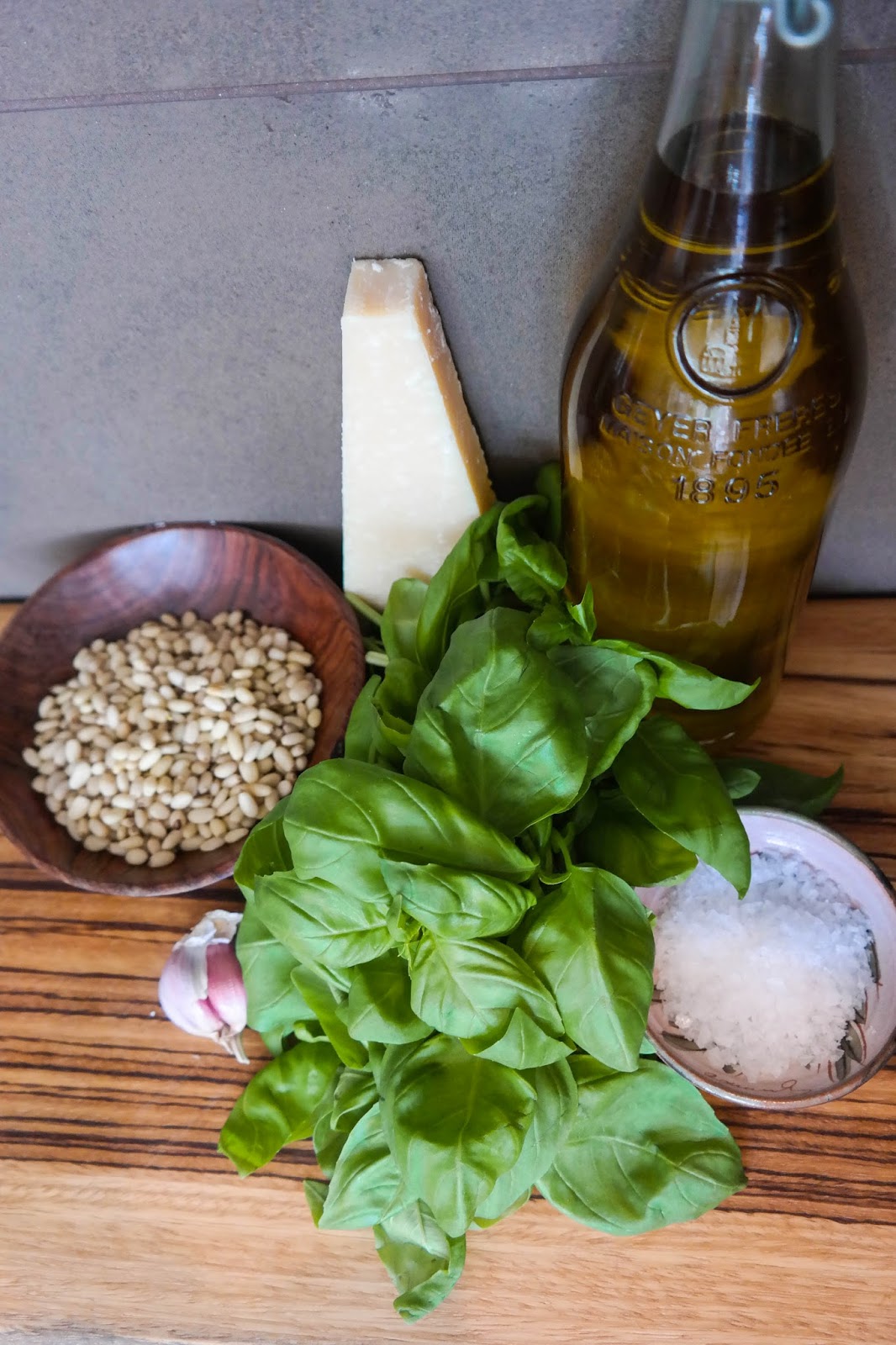 On the subject of olive oil, there is amazingly broad range going around at the moment.  I am currently using a bottle that a colleague gave me.  She's married to a Cypriot whose family has their own olive grove, so this is kind of home grown.  Whatever you go for, bear in mind that the oil here will make a big difference – it's essentially the base of the sauce.  Don’t use something too cheap, because it will infect the whole dish.  If you use something too expensive (which tends to include spicier, stronger, more peppery oils) it will blot out too much of the basil flavour.

First, get the oven on and lightly toast the pine nuts.  Did you know you can now buy pre-toasted pine nuts? C'est ridicule.  Paying an extra quid for something that takes 10 minutes to do yourself is just burning money. 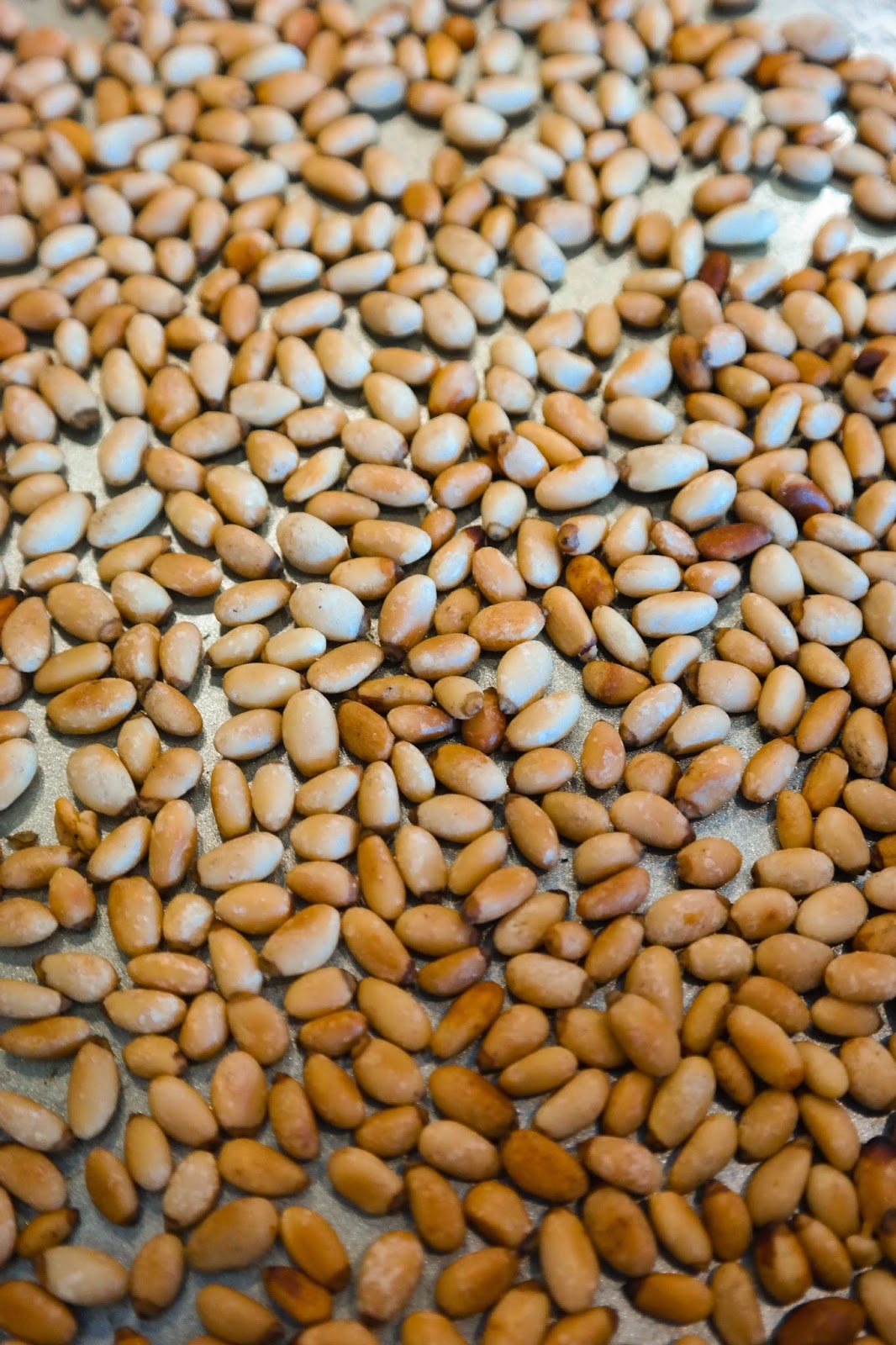 Whilst that's happening, pick the leaves from the stalks of the basil and discard the stalks.  As I've mentioned before, basil stalks are rather fibrous and will wrap themselves around the blade of a blender and clog it up.  Also, they won't blend properly, so you're better off without. 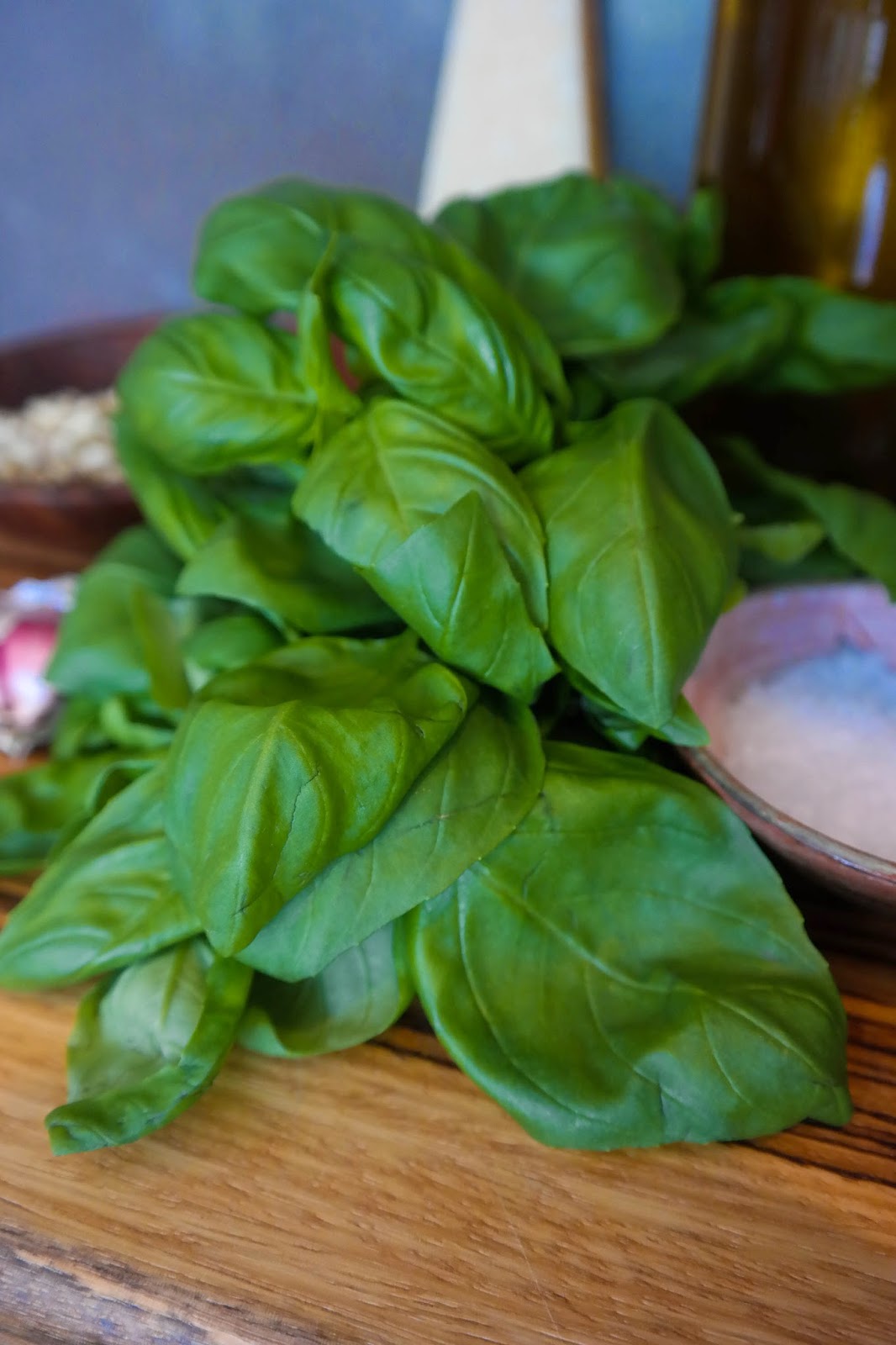 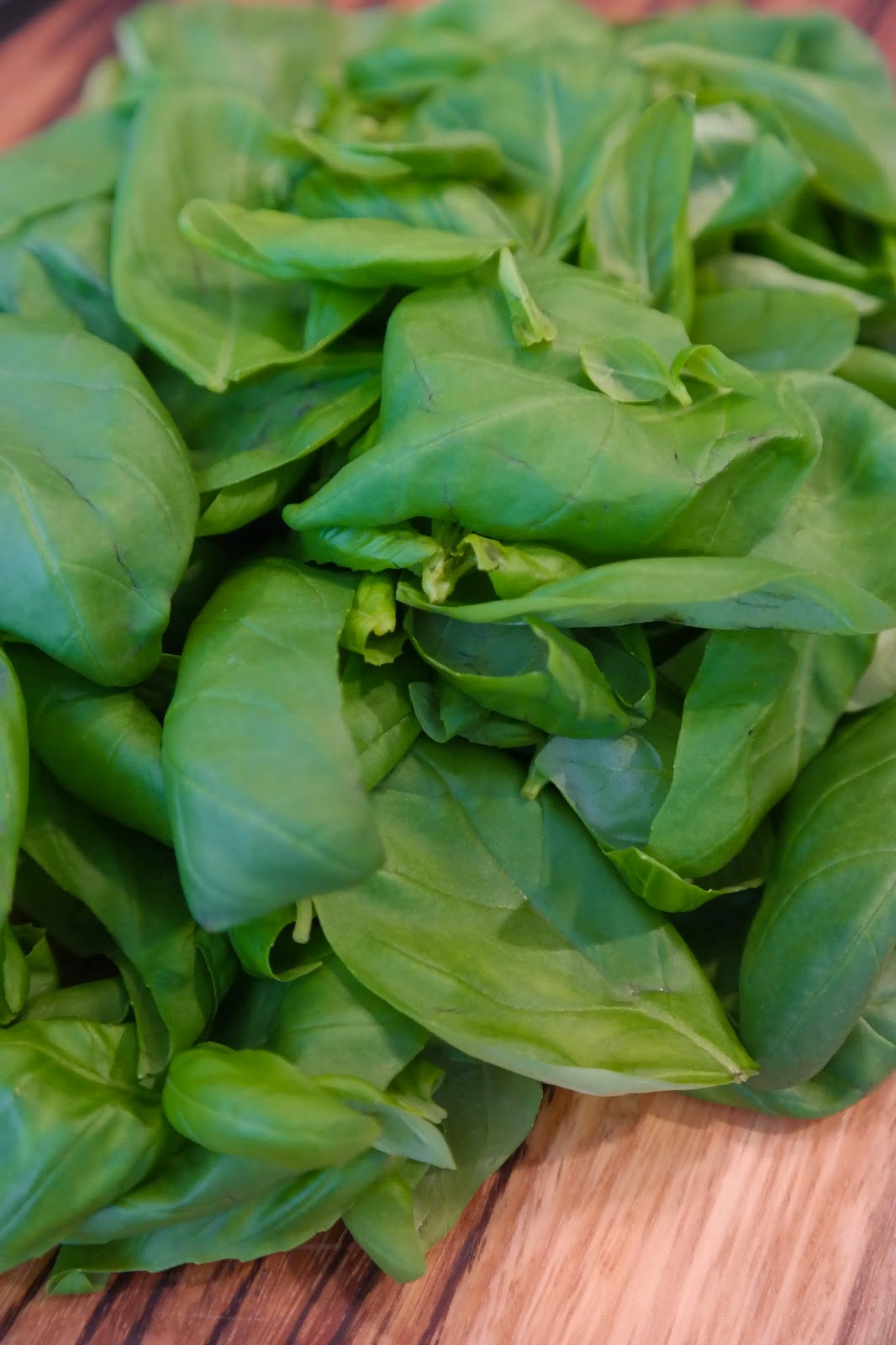 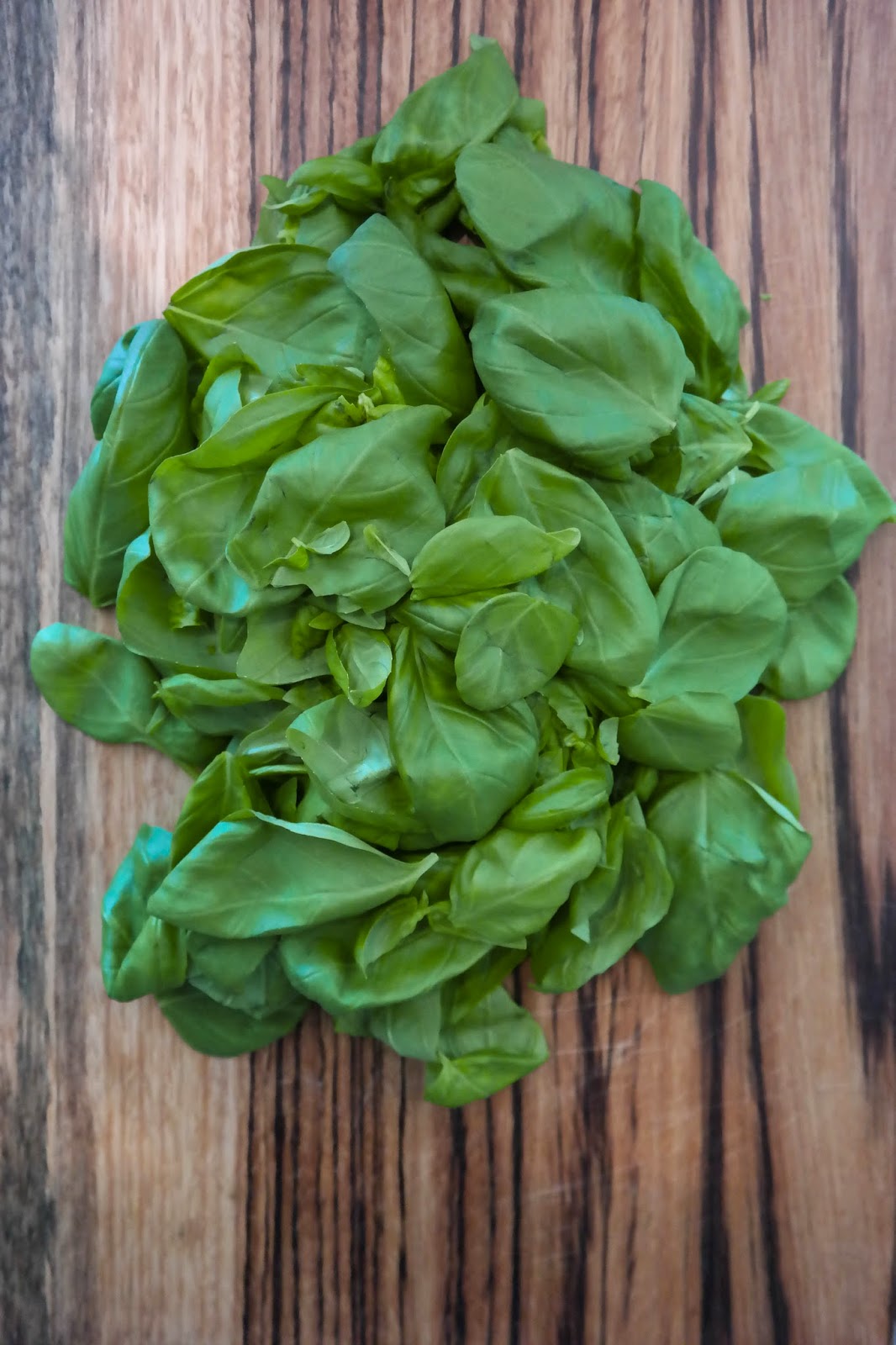 Also, grate the parmesan now.
You know I said this was easy?  Well, you're about 75% done already.  Throw the basil, cheese and pine nuts into the food processor along with a squeeze of lemon and whizz for about two seconds, no more.  Add an enormous glug of olive oil and repeat.  Keep adding olive oil to the mulch until you have a soft jam-like consistency. 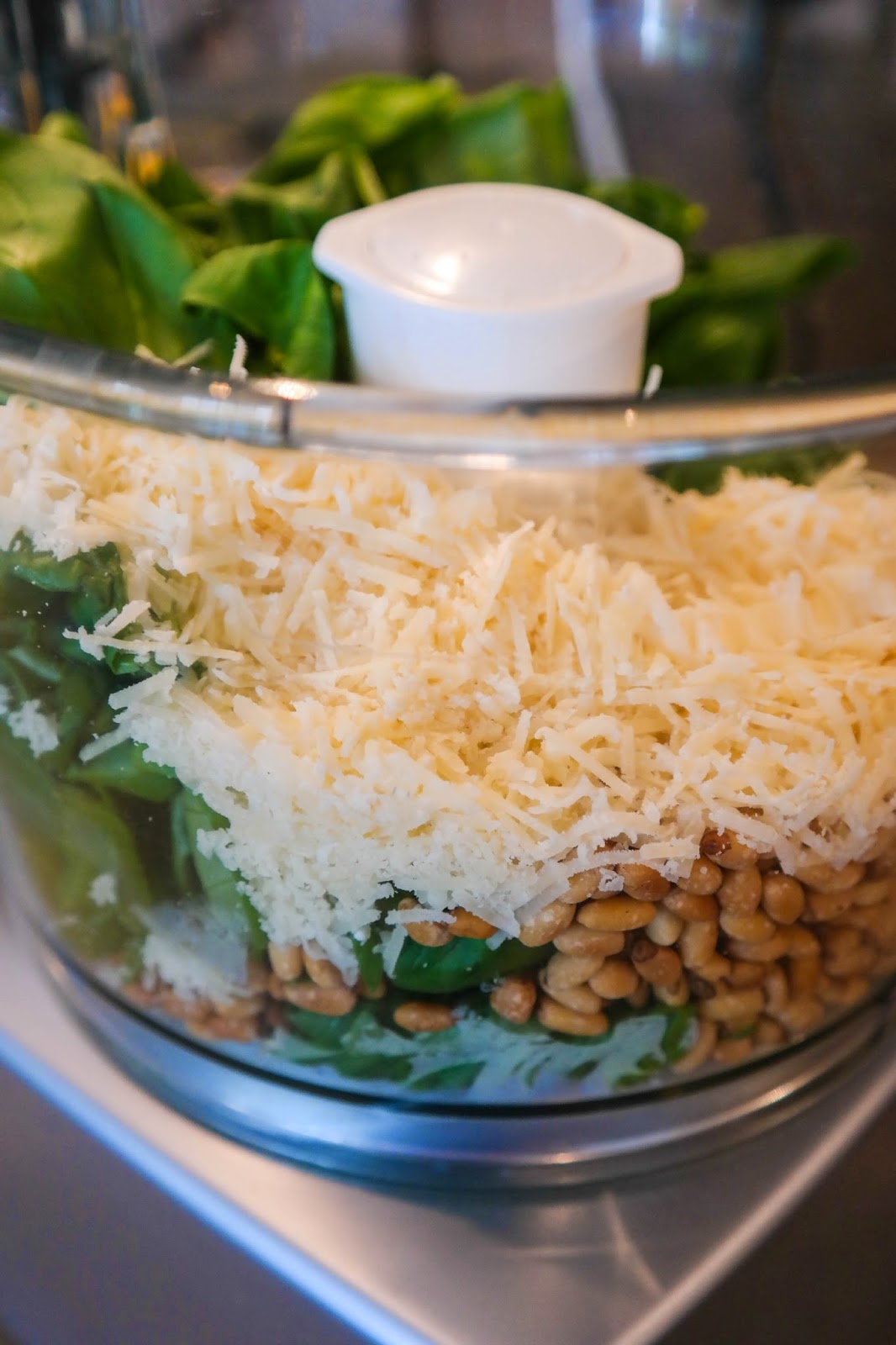 Now, take the lid off and taste it.  You'll probably need to season it as well, but try fiddling around, adding more cheese or another squeeze of lemon, or more oil. This is a fantastic sauce for anything.  For some reason, it always screams 'summer' to me.  Perhaps it's the fresh, no nonsense flavours or scents of basil.  Pasta pesto is the classic, but it also goes well drizzled over pizza, or chicken breasts to be baked in the oven.  If you're making the classic pancetta wrapped cod, smear a blob of pesto all over the ham before wrapping, for a ultra-classy version of an already pretentious dish.  Alternatively, liven up an old school one, as I have below, by drizzling a tomato salad (or, indeed, any salad) with pesto and a sprinkling of balsamic vinegar. 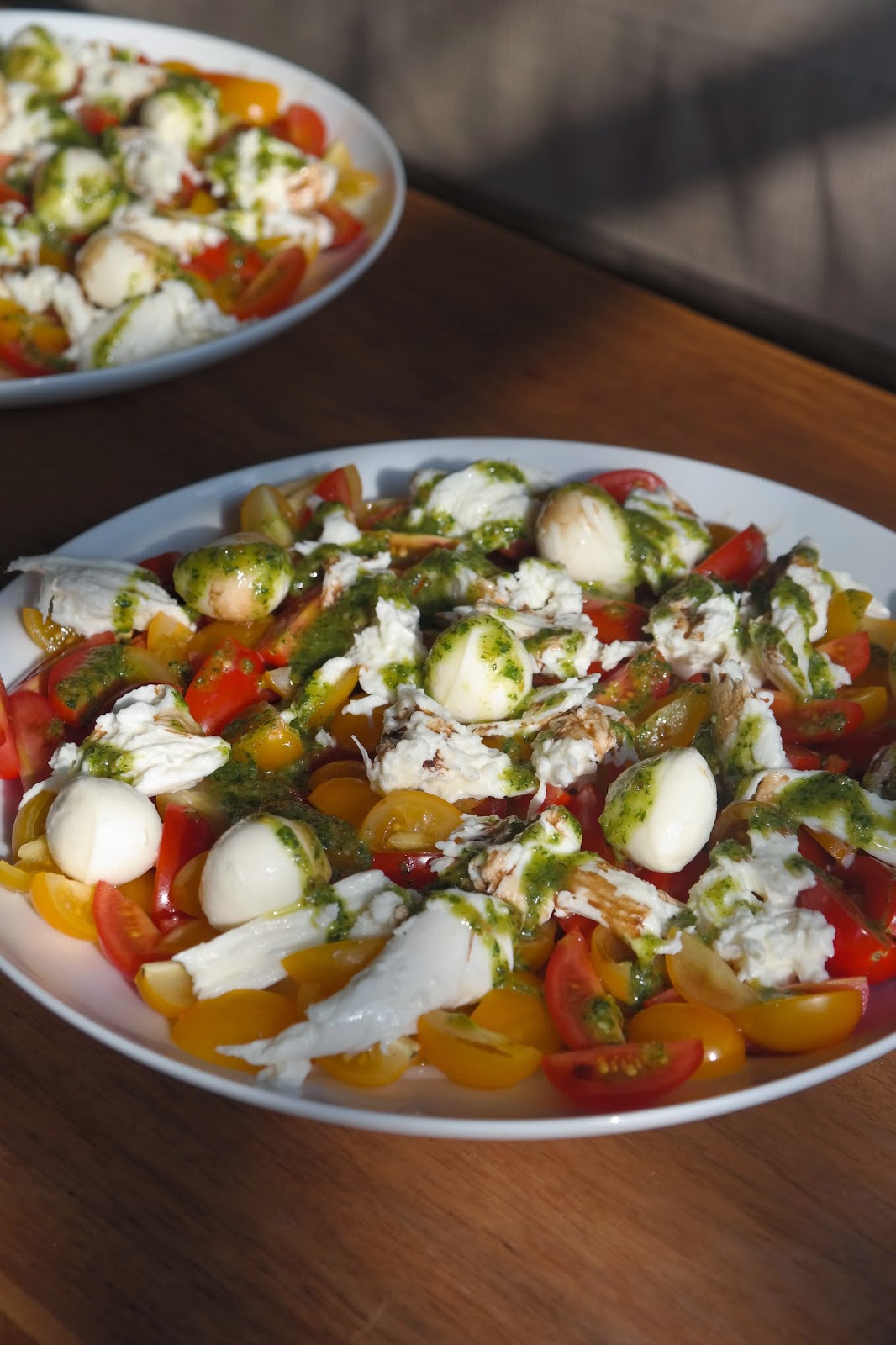 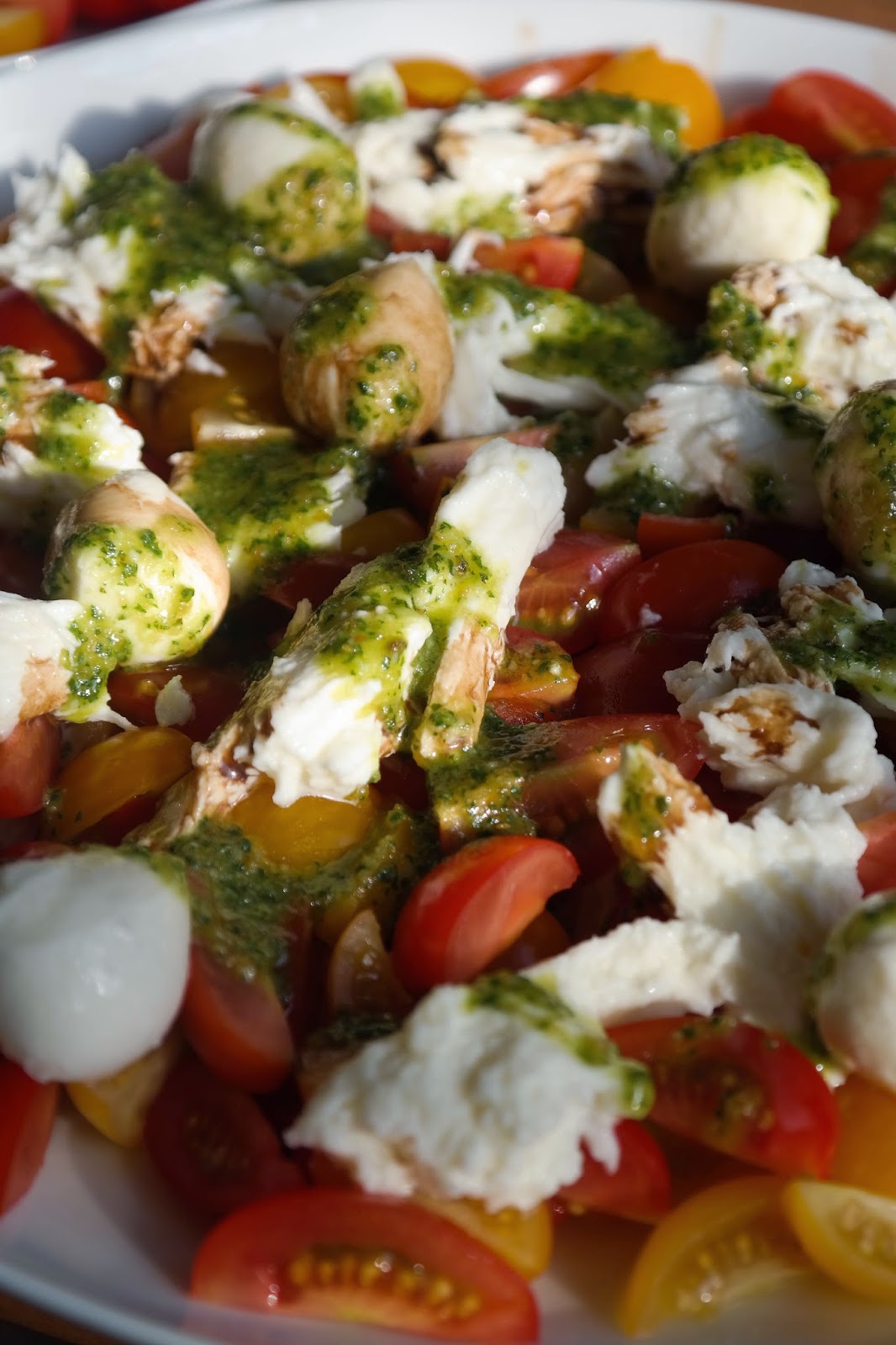