Ok, so these didn’t work out amazingly, although they were still pretty tasty.  The thing is, I cannot bake.  I may have mentioned this before, and I'm sure it sounds ridiculous, but I just cannot bake.
I was seduced by the simplicity of the recipe (from Butter Baking) for the tart cases – it claimed that no blind baking with beans or beads or whatever was needed.  In fact, the recipe for the cases is incredibly simple.  Which is great for someone bakingly-challenged like me.  The problem was that they just didn’t live up to it – not the best cases, they did actually need to be baked blind with beans (they puffed up a bit too much in the process) and they weren't as buttery crumbly as I was promised.
BUT: The tarts still tasted good.  I'd like to say that's the consequence of my natural prowess.  I doubt it is, but I'd like to say so.  So I'm going to give you the recipe anyway, because it's pretty damn easy and, for the most part, can be made of larder-type ingredients.  If you have a better recipe for tart case pastry, I'd use that – but in a pinch this is a phenomenally easy way to get the job done.
Ingredients: 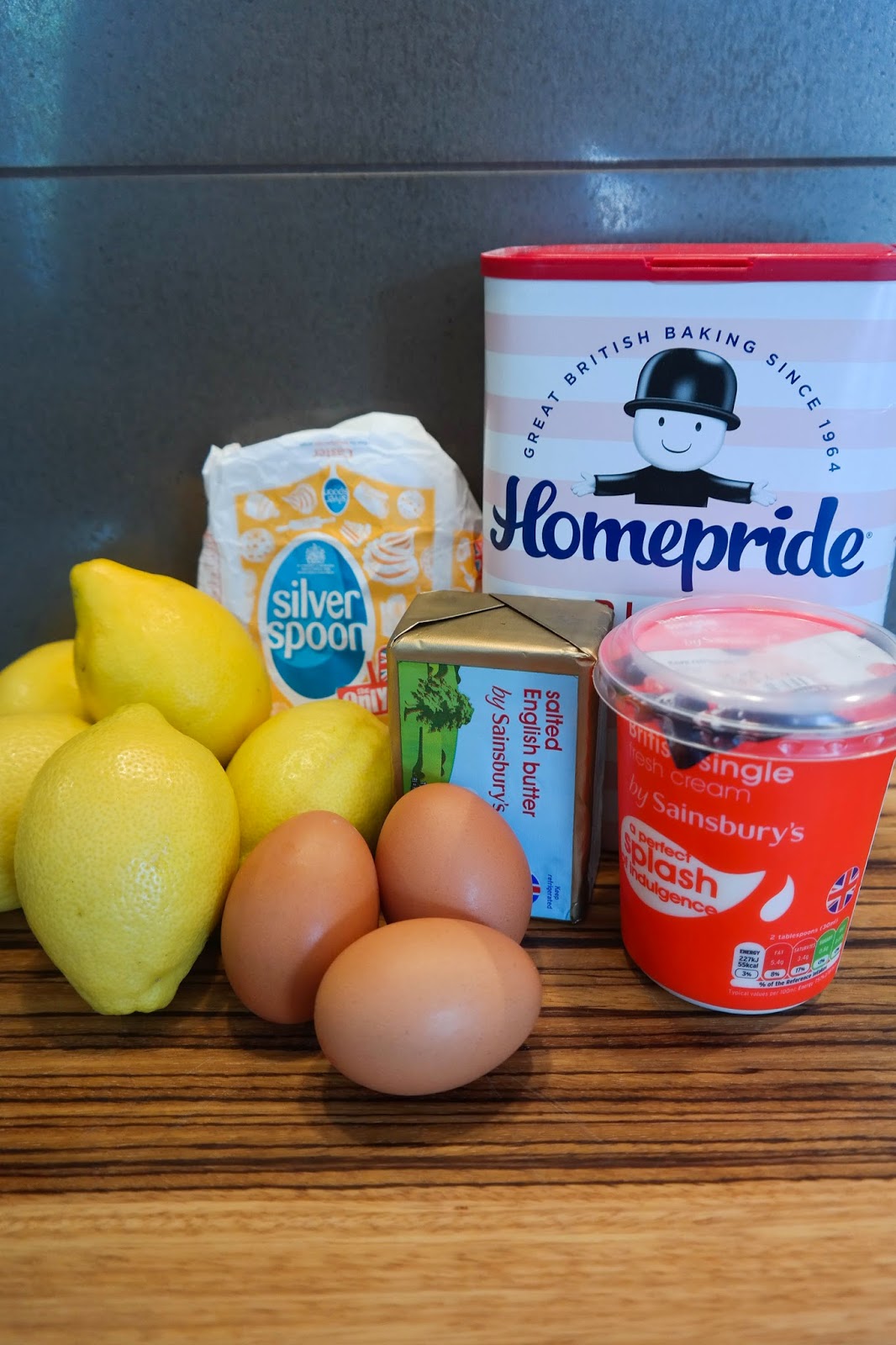 1. Starting with the pastry cases, preheat your oven to 200°C.  Mix the butter, sugar and oil together with two tablespoons of water in an ovenproof dish. Put the mix in the oven for 15-20 minutes so that the mixture is completely melted and starting to brown around the edges.  Like so: 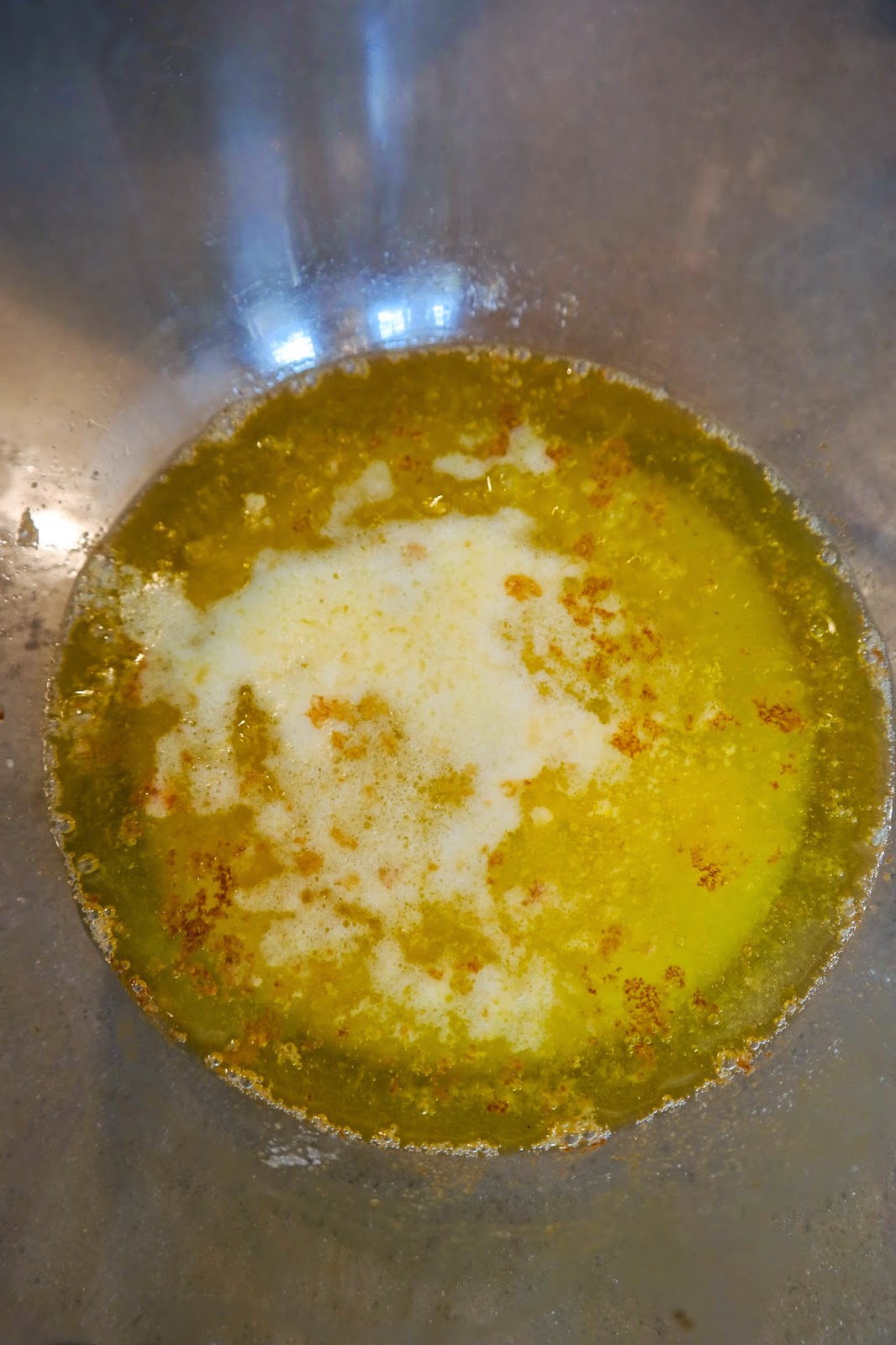 2. Add the flour quickly before the butter solidifies and mix it all up – be careful, though, because it will be superhot.  When you're done you should end up with a ball of very sticky, greasy dough. 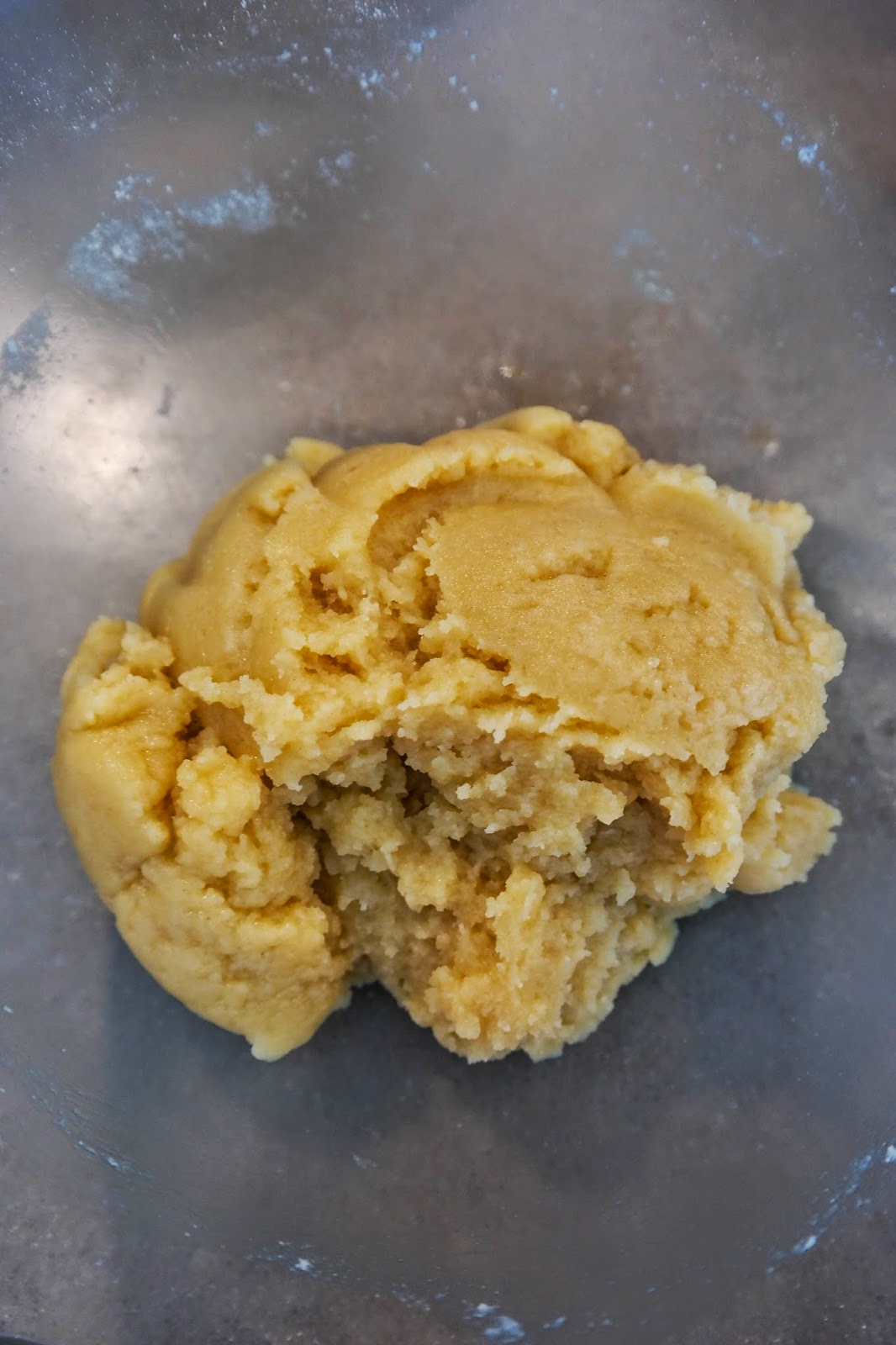 3. Let it cool enough for the dough to be manhandled, then start to fill a muffin tin with the dough.  I say a muffin tin, as it will be much deeper than your average tart tin, which is good because you're making a pastry that will end up relatively thick – so if you want to get a good smack of filling, you need something a little deeper.

Take a lump of dough, about the size of a gold ball, and flatten it out in the middle of each muffin hole, pinching it up and around until it fills the cavity.  Prick the bottom of each one with a fork.  Now, the Butter Baker recipe and I diverge a little here – they say that there's no need to blind bake, I found that the pastry puffed up like a puffer fish on heat making it difficult to get any filling in there.  So, I reckon some greaseproof paper filled with baking beans / actual beans would be a good idea.  Or, you could just pop little cupcake cases in there and fill them with the beans – much easier, if less cost effective. 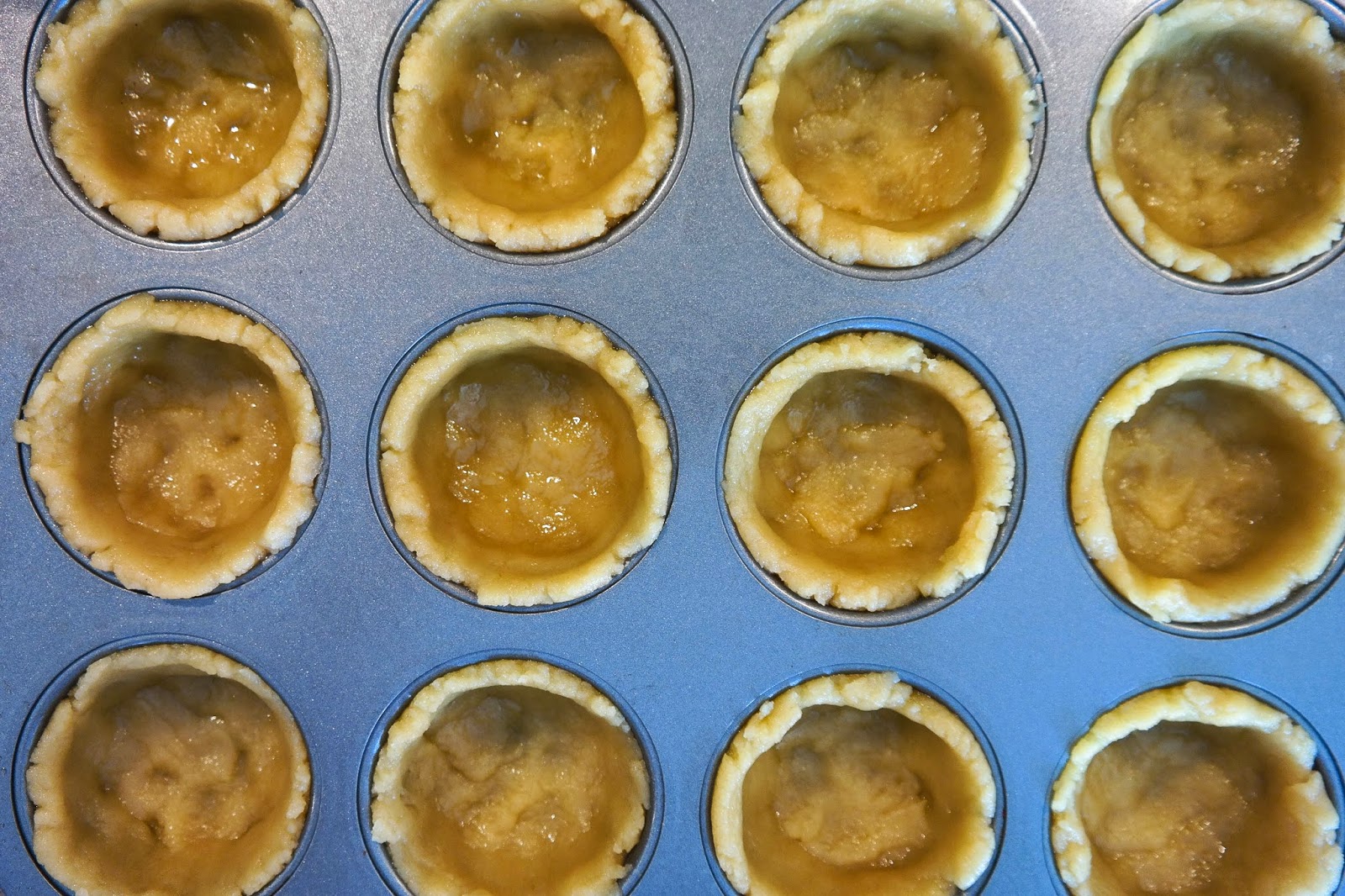 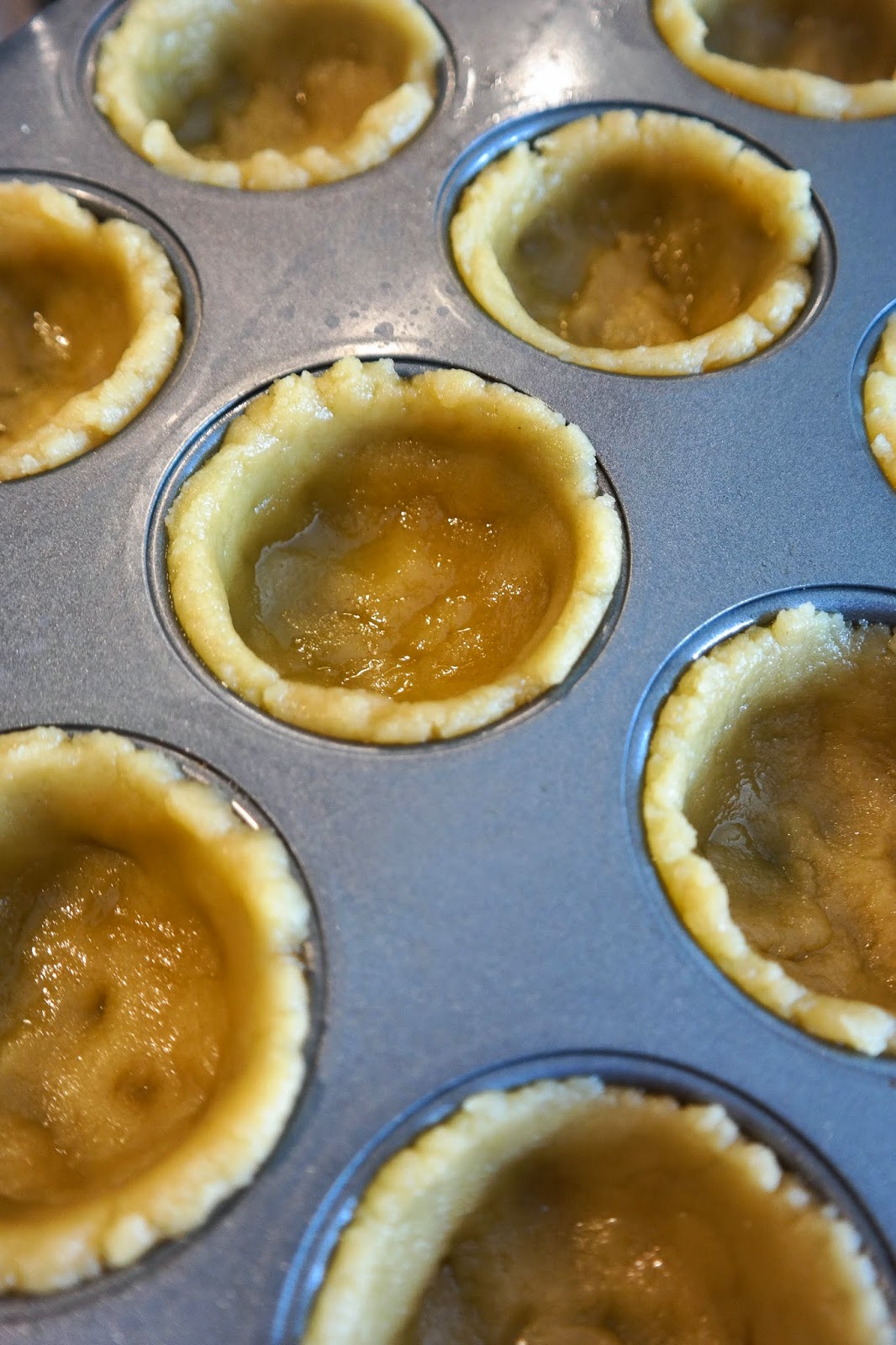 Either way, bake them until golden – it took me about 20 minutes, but I think my oven may be highly suspect.  When they're done, turn the oven down to 150°C. 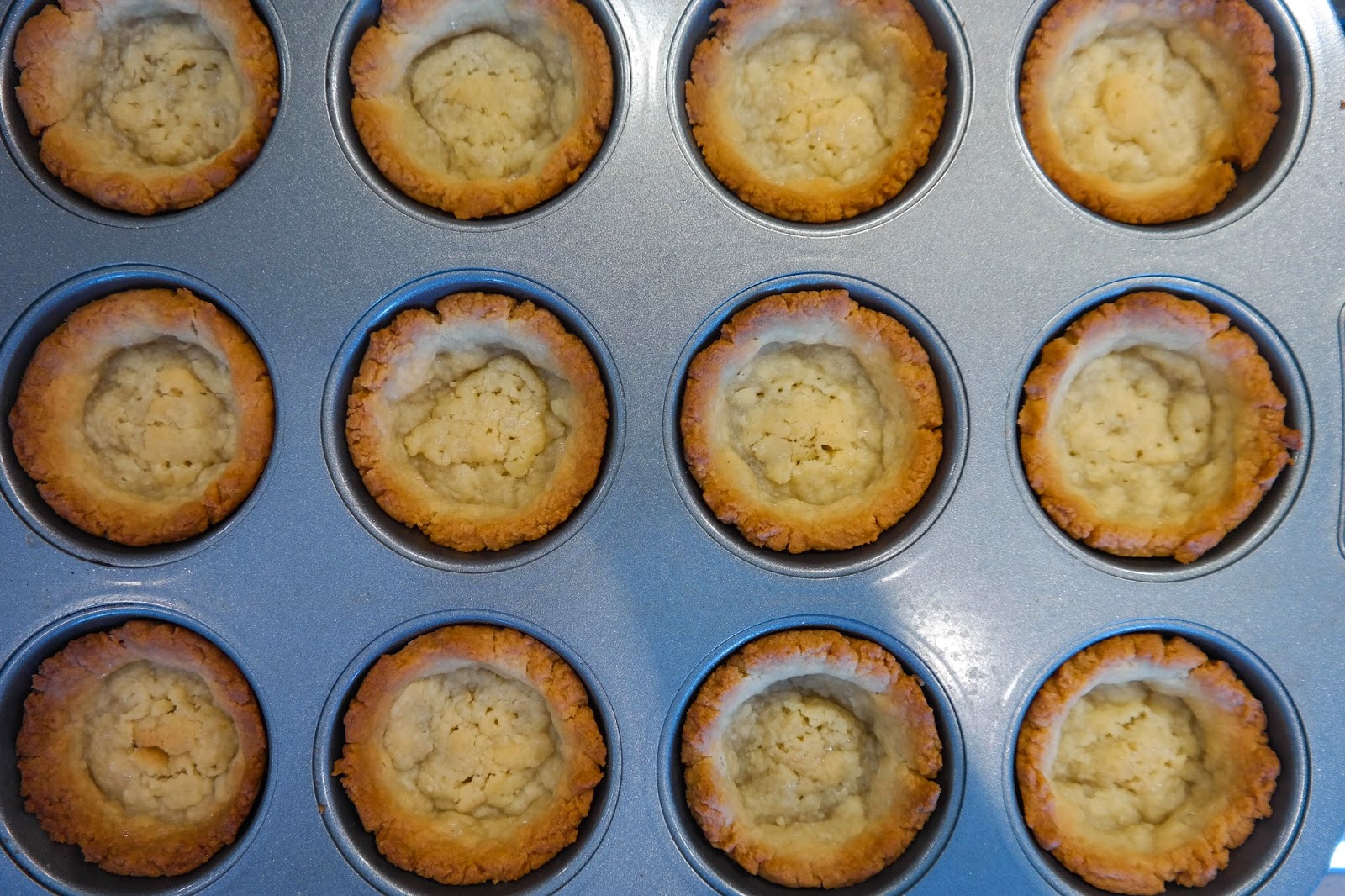 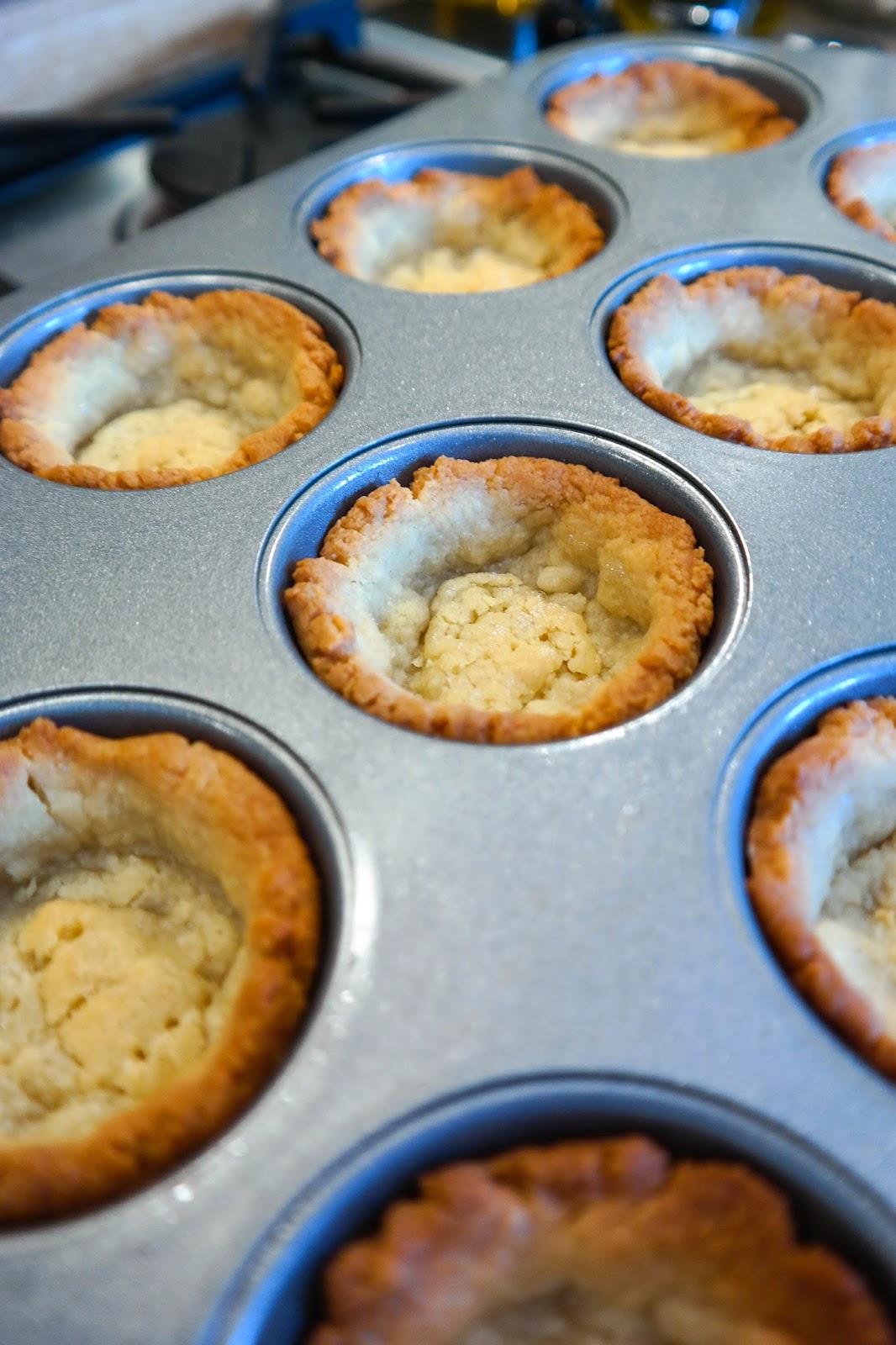 4. Whilst they're baking, you might as well get on with the lemon custard filling.  Start my zesting and juicing all of your lemons.  When zesting, as ever, try to avoid picking up too much of the white pith, as this will be bitter and yuck.  You want the zest chopped as finely as possible – I have used a zester and then minced like I was chopping herbs. 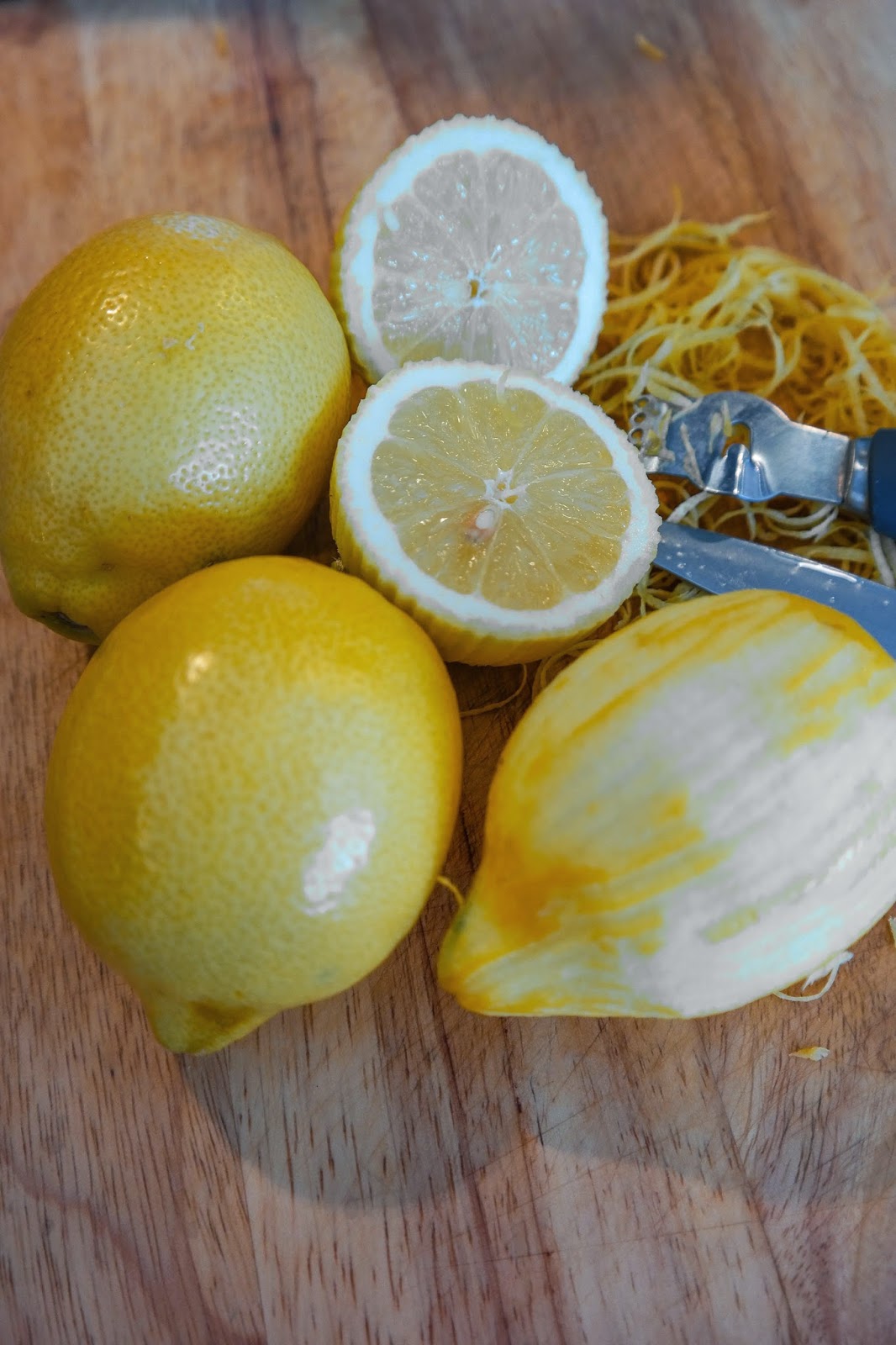 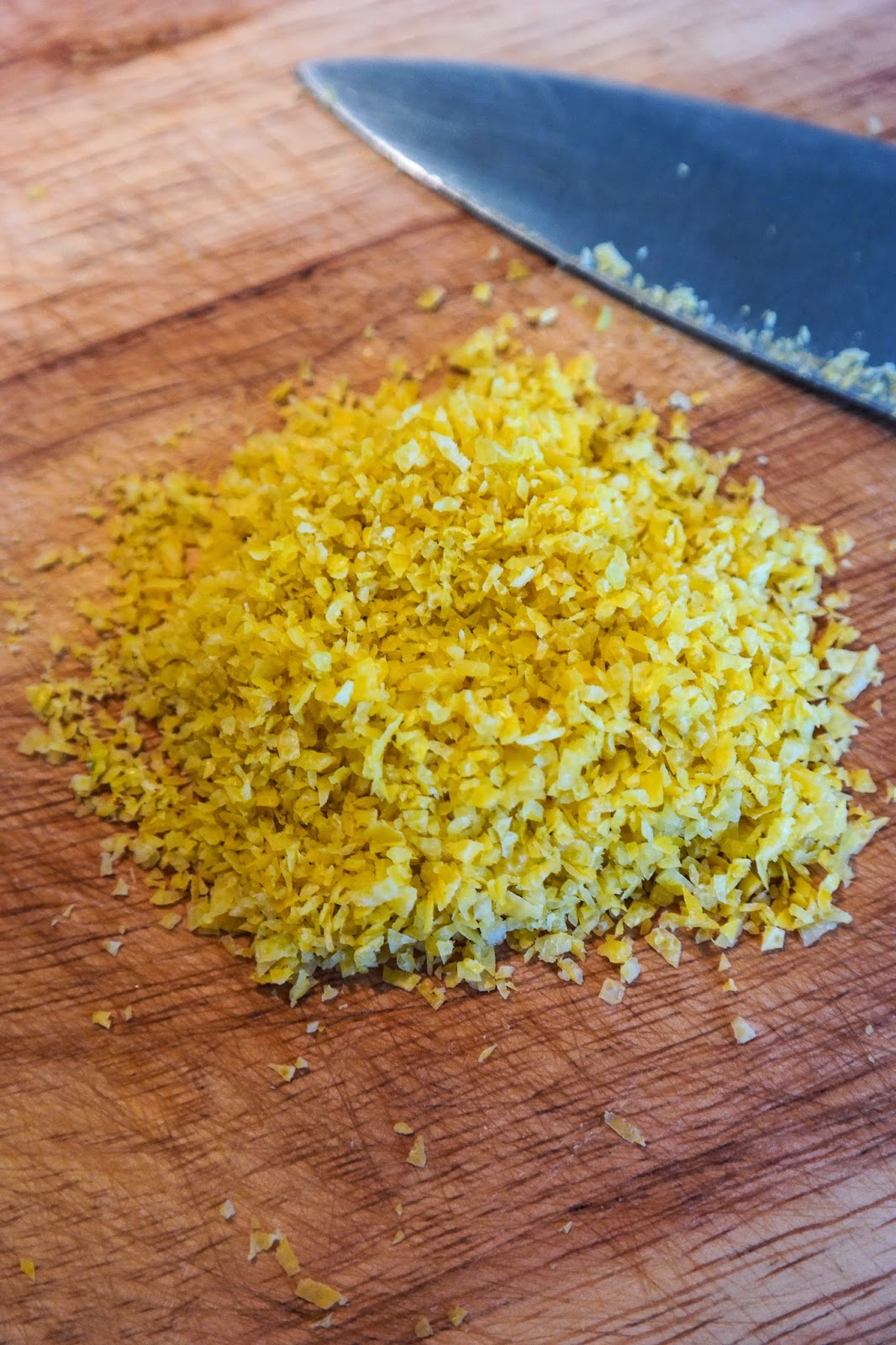 5. In a large mixing bowl, whisk up the eggs with a hand whisk – no need to go crazy with the electric here.  OK, so there are five eggs in this bowl – that produced way, way too much custard.  I am doing you a favour, yeah? 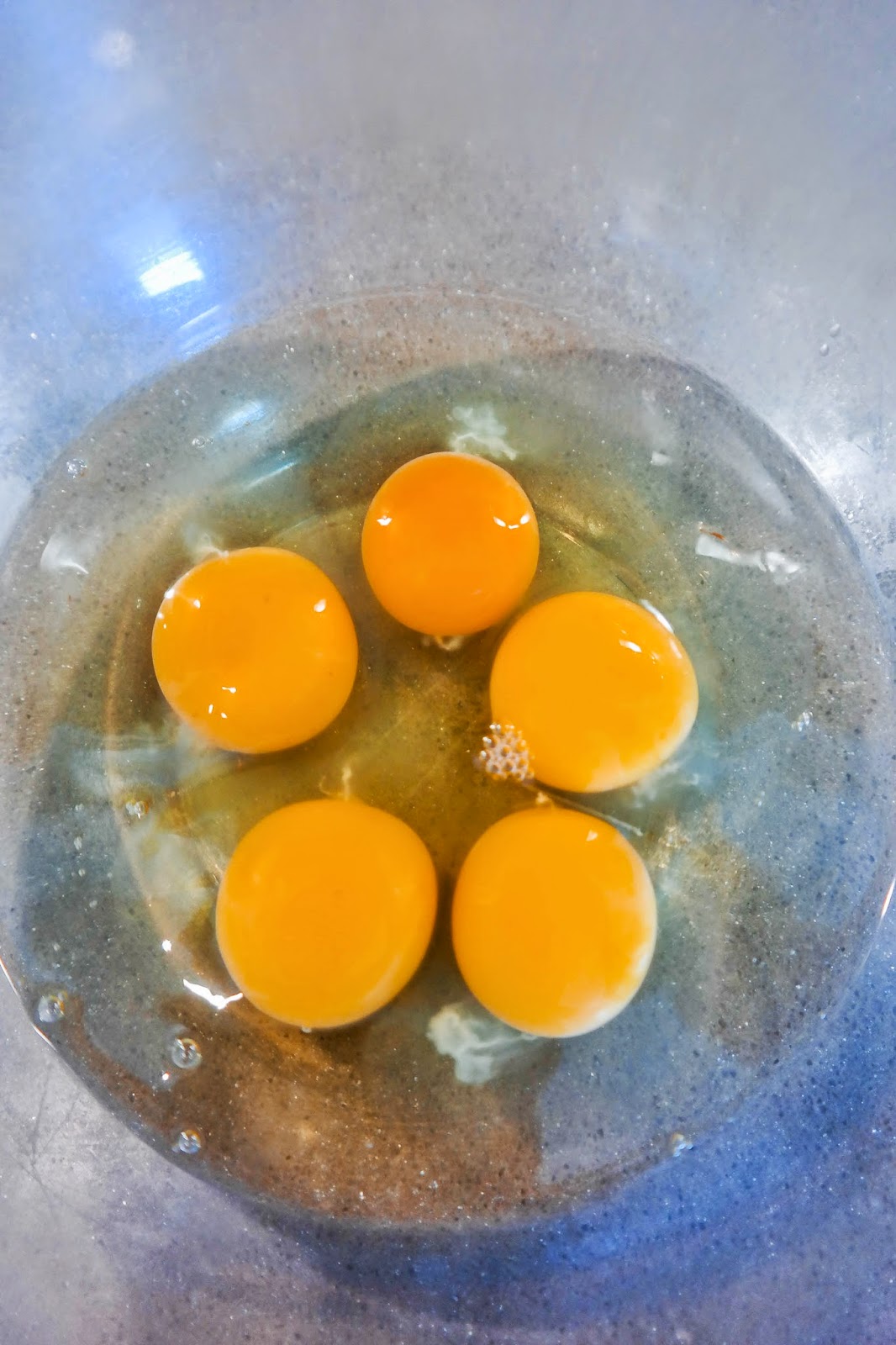 Then mix in the cream, sugar, zest and juice together, again with a hand whisk.  You should end up with a bright yellow custard. 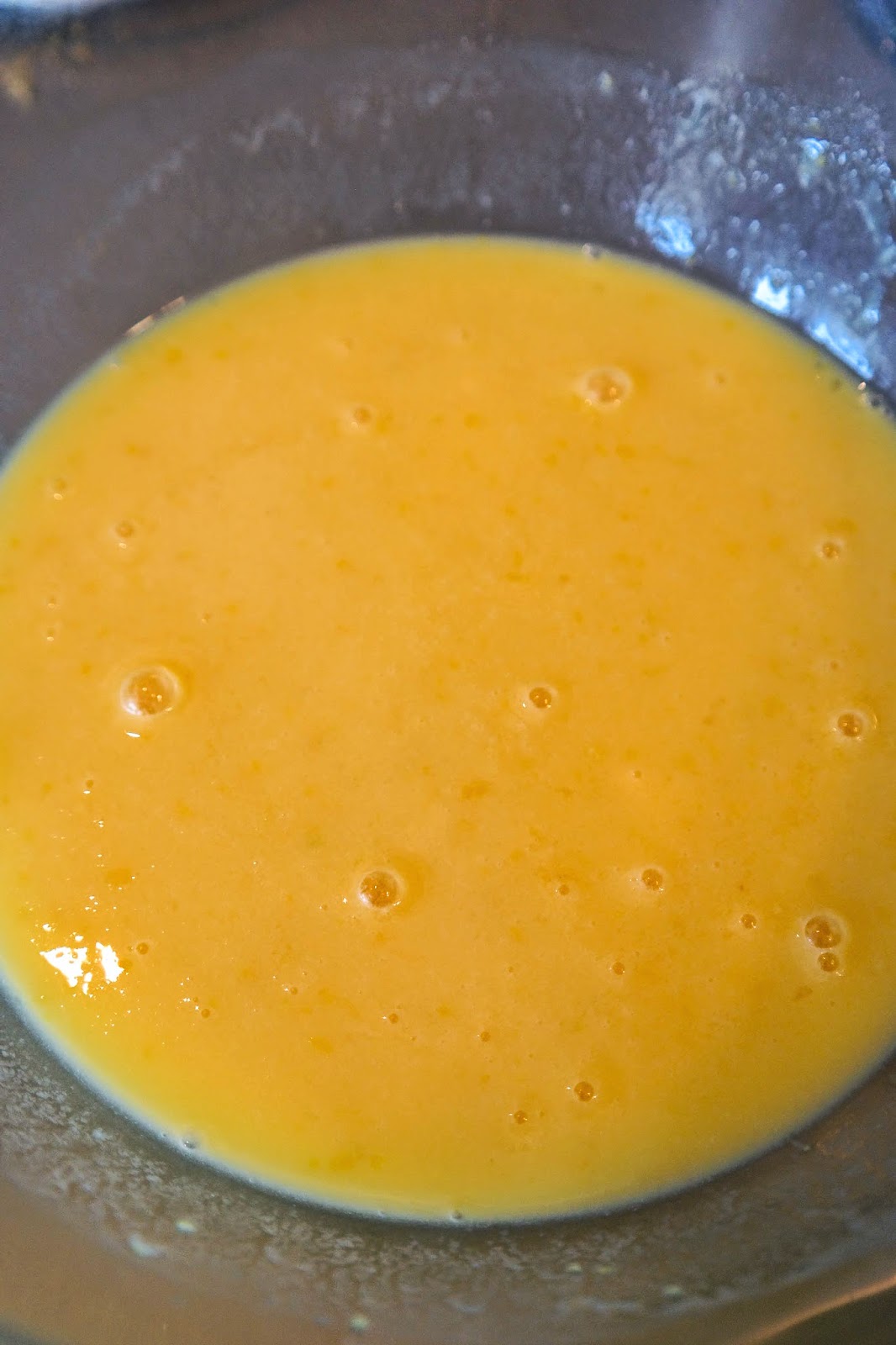 6. Pour this into the pastry cases.  You need to do this quite carefully.  The cases, being a bit 'rustic' (read: shit) will have lots of little cracks around the edges.  If the custard spills through the cracks it will run down and case the sides.  I did not care at all, but you might have a little bit higher aesthetic standards than I do. 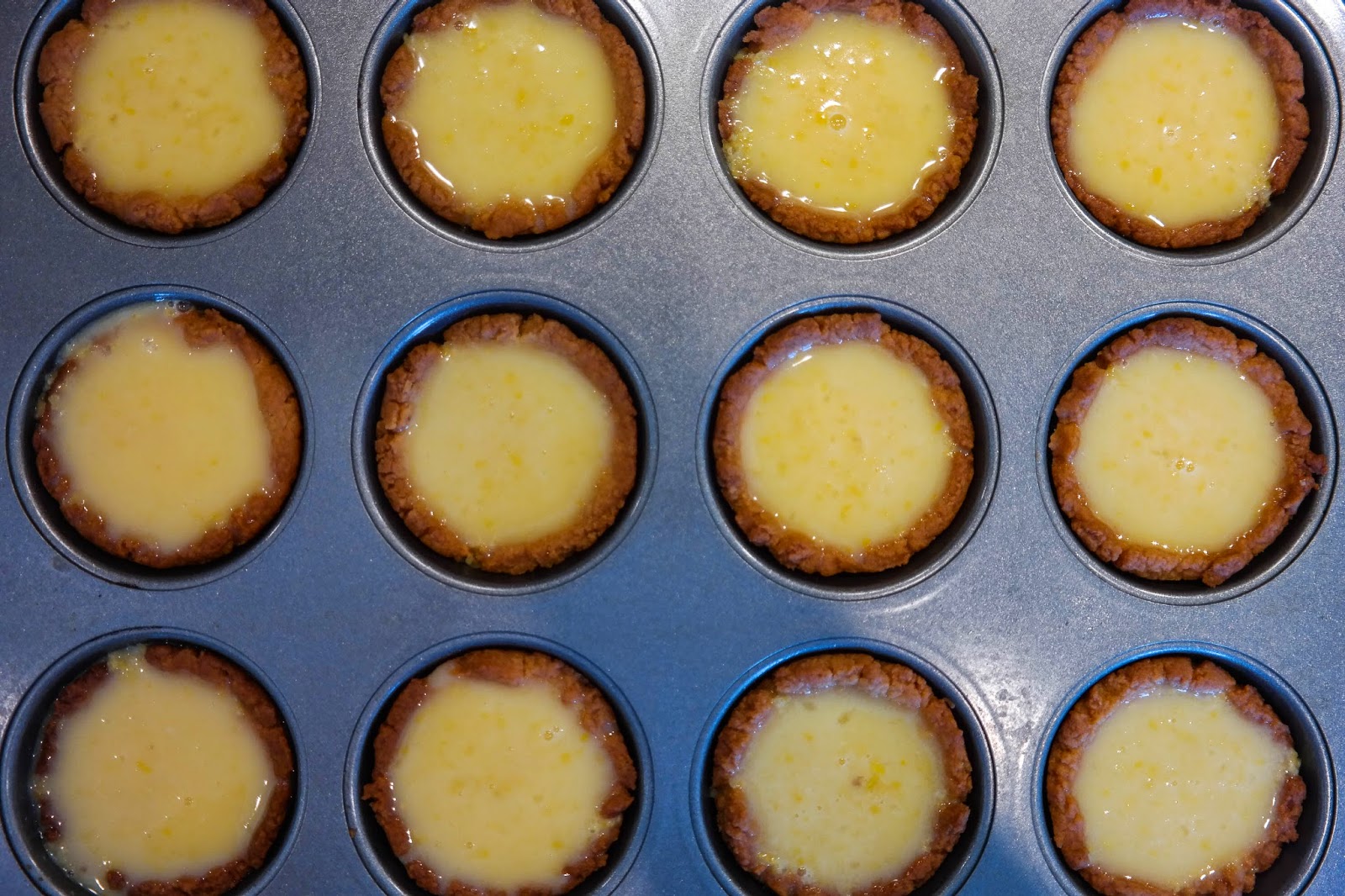 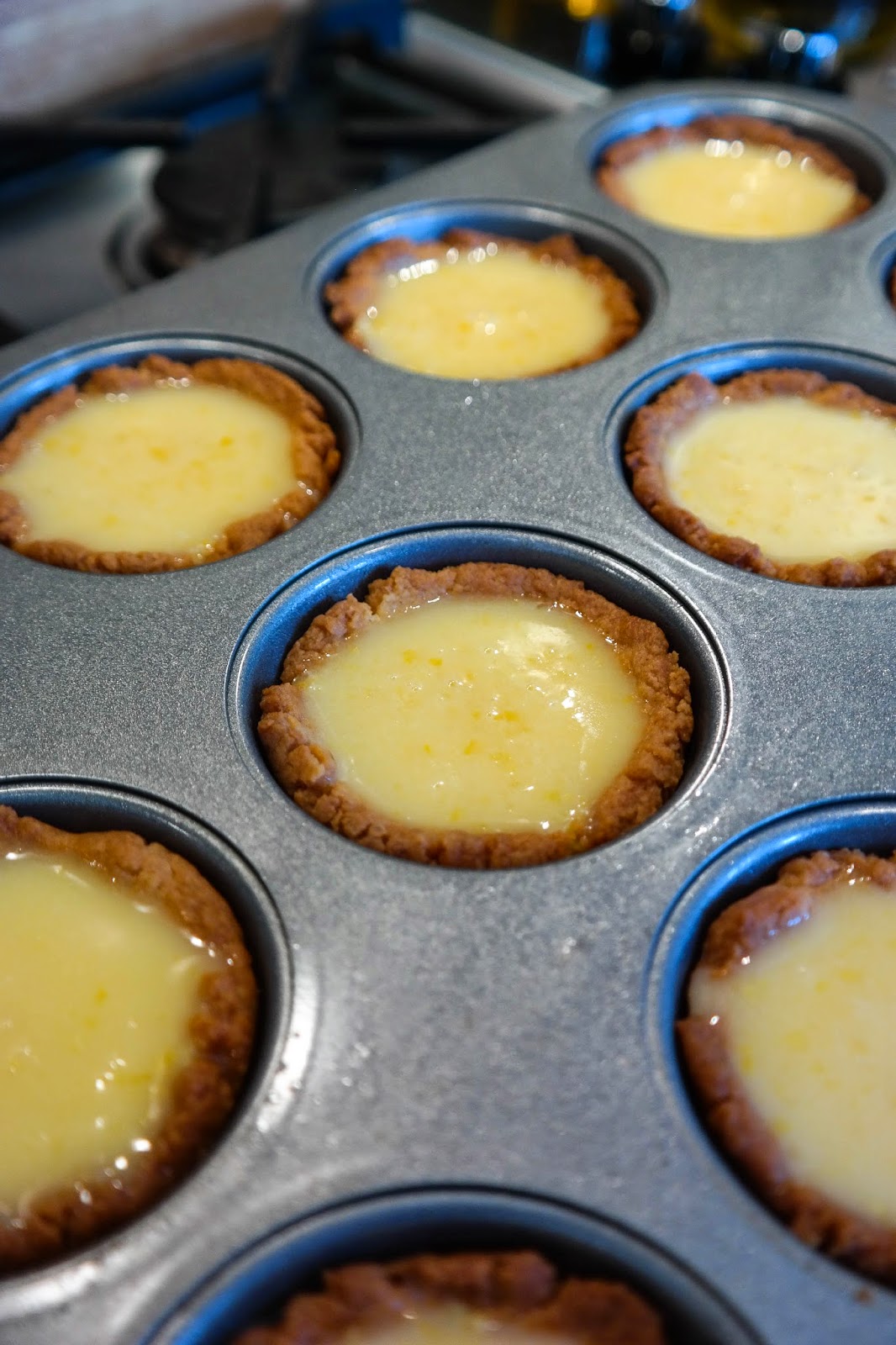 7. Once the oven has reached 150°C pop them in for 15-20 minutes or so, until the custard has set but is still soft in the centre.  Take them out and allow to cool before serving. 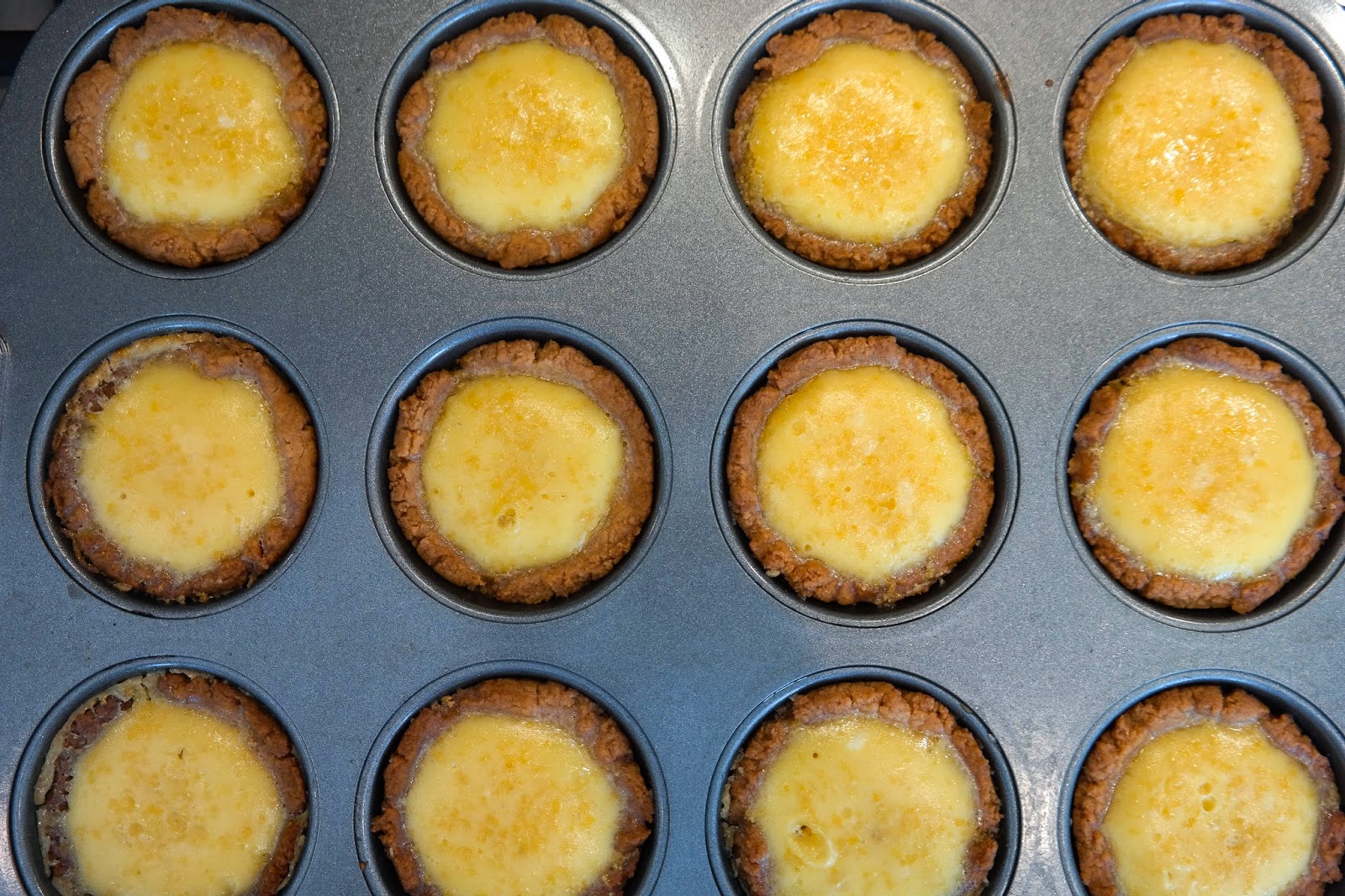 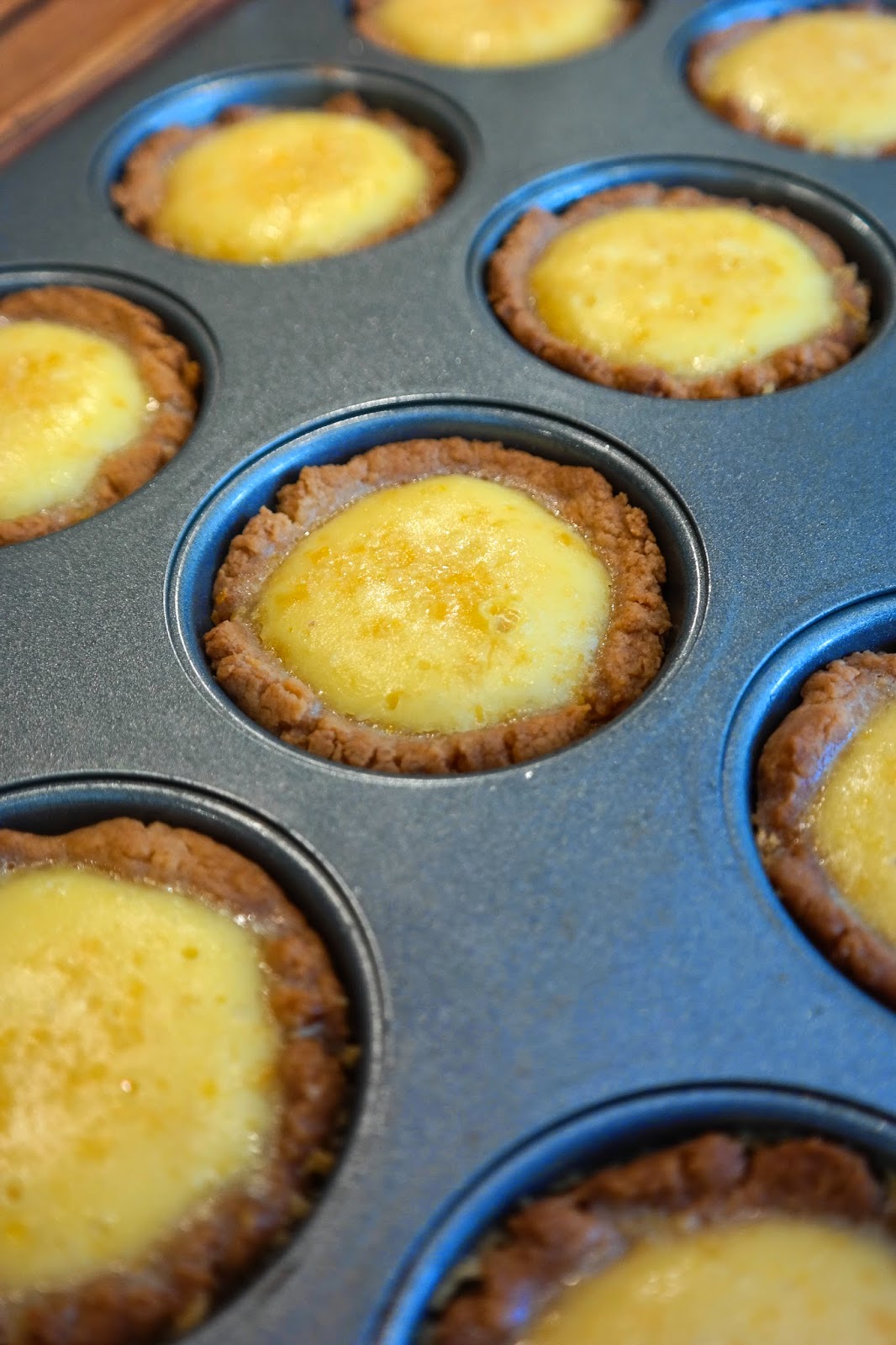 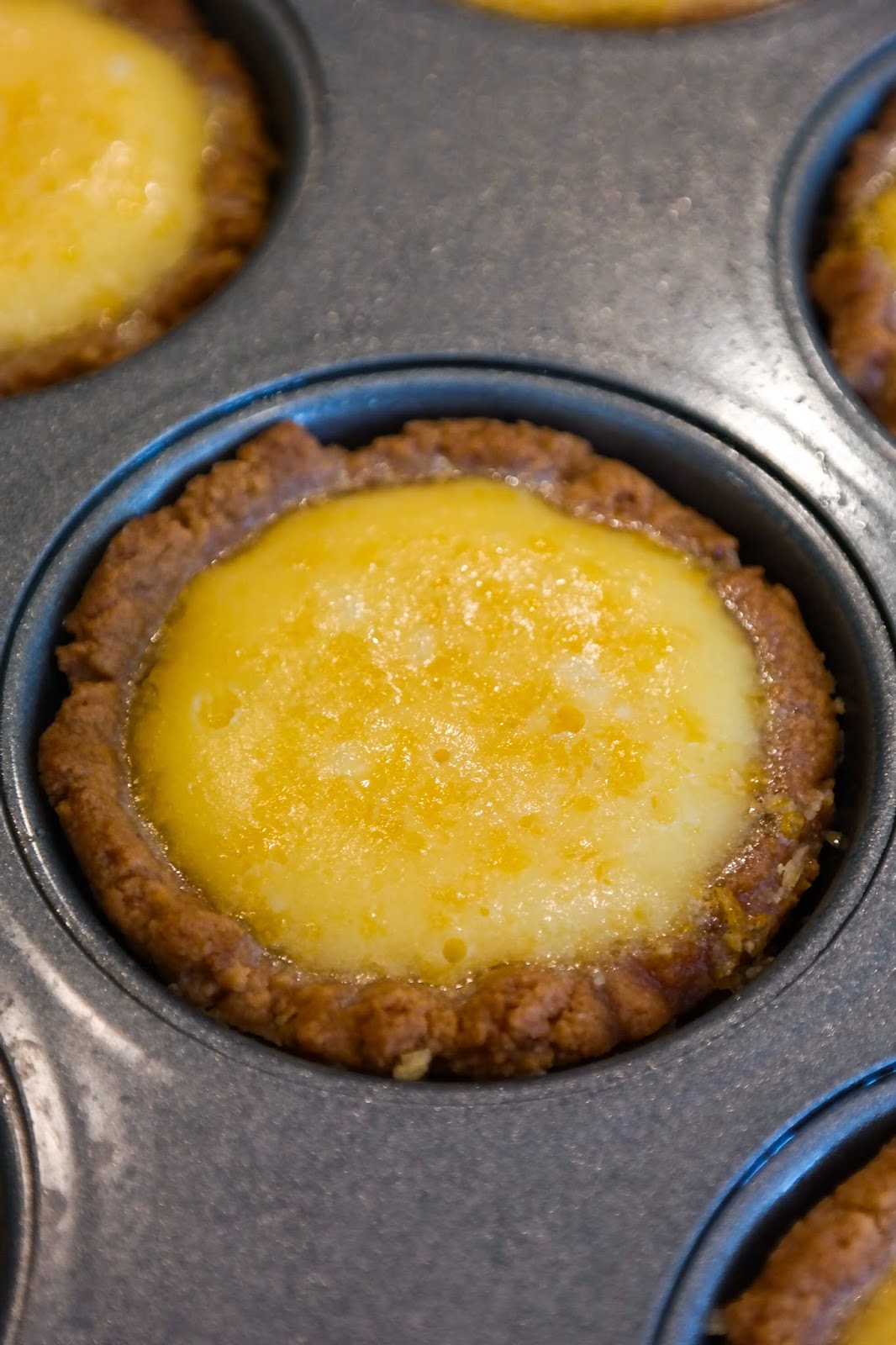 They go fantastically well with raspberry sorbet.  As I was doing this for a spur-of-the-moment dinner party, I bought the sorbet.  However, you could make your own very easily, I would imagine.  At some point in the future, I might just give you a recipe for that*... 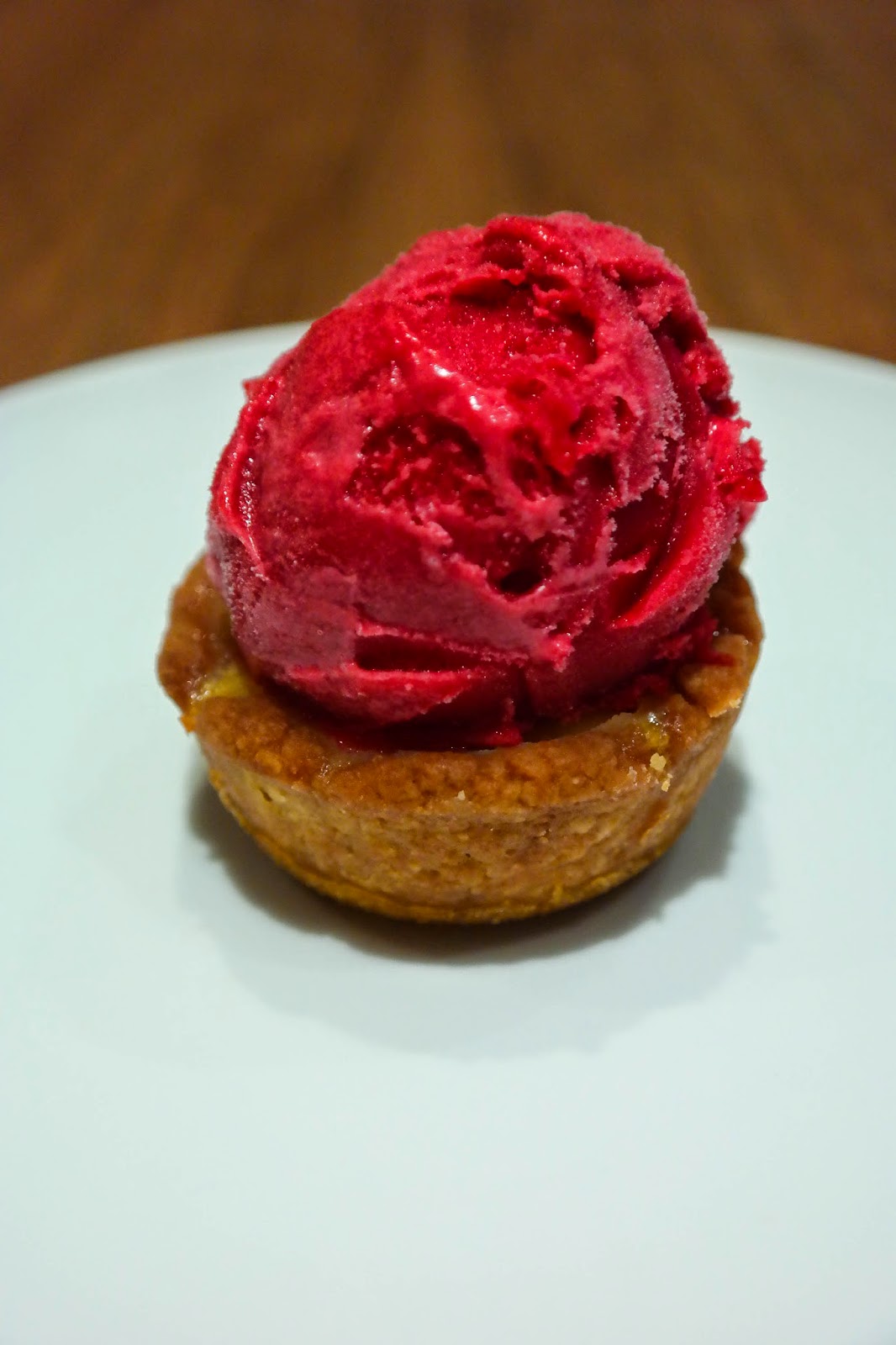 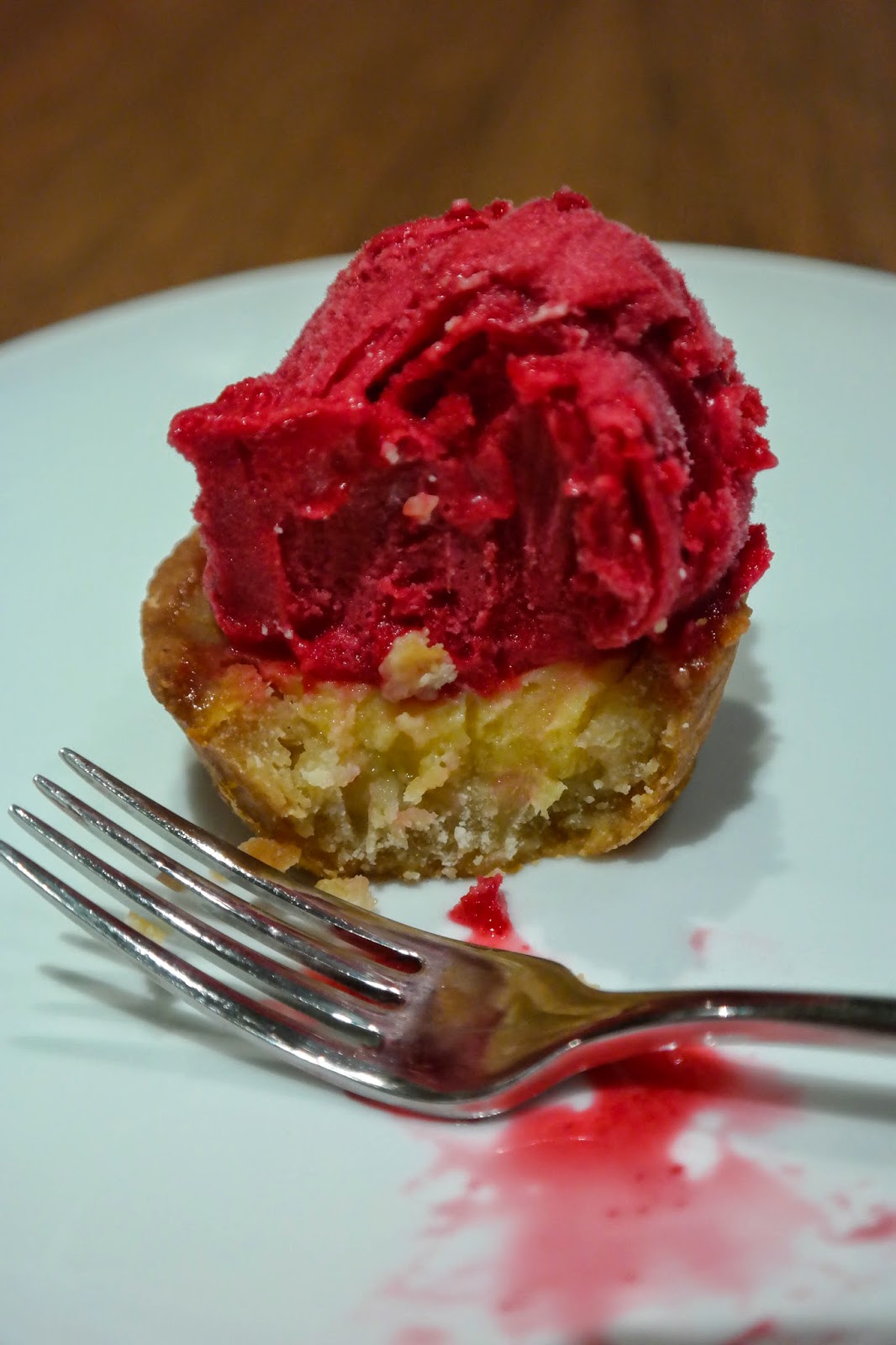 * PS: There is a recipe for a sorbet coming NEXT WEEK.  Promise.  Not raspberry, but still sorbet.
Posted by Grubster Boy at 11:06