So the other day we went to have brunch with some friends we hadn’t seen for a long while.  I was asked to pick a venue, so (having been so rudely disappointed by The Breakfast Club) I plumped for Ben's Canteen, on St John's Hill.

So basically the same.  Except two differences:

1. Ben's does a wicked Bloody Mary, which I don’t recall OOTB doing.  Top marks for tastiness and spiciness.  Also, you get a free one if you Instagram a picture of your food with the hashtag #benscanteenmenu.  Which is just a ridiculously good offer.  Friend 2 even downloaded Instagram there and then so he could participate. 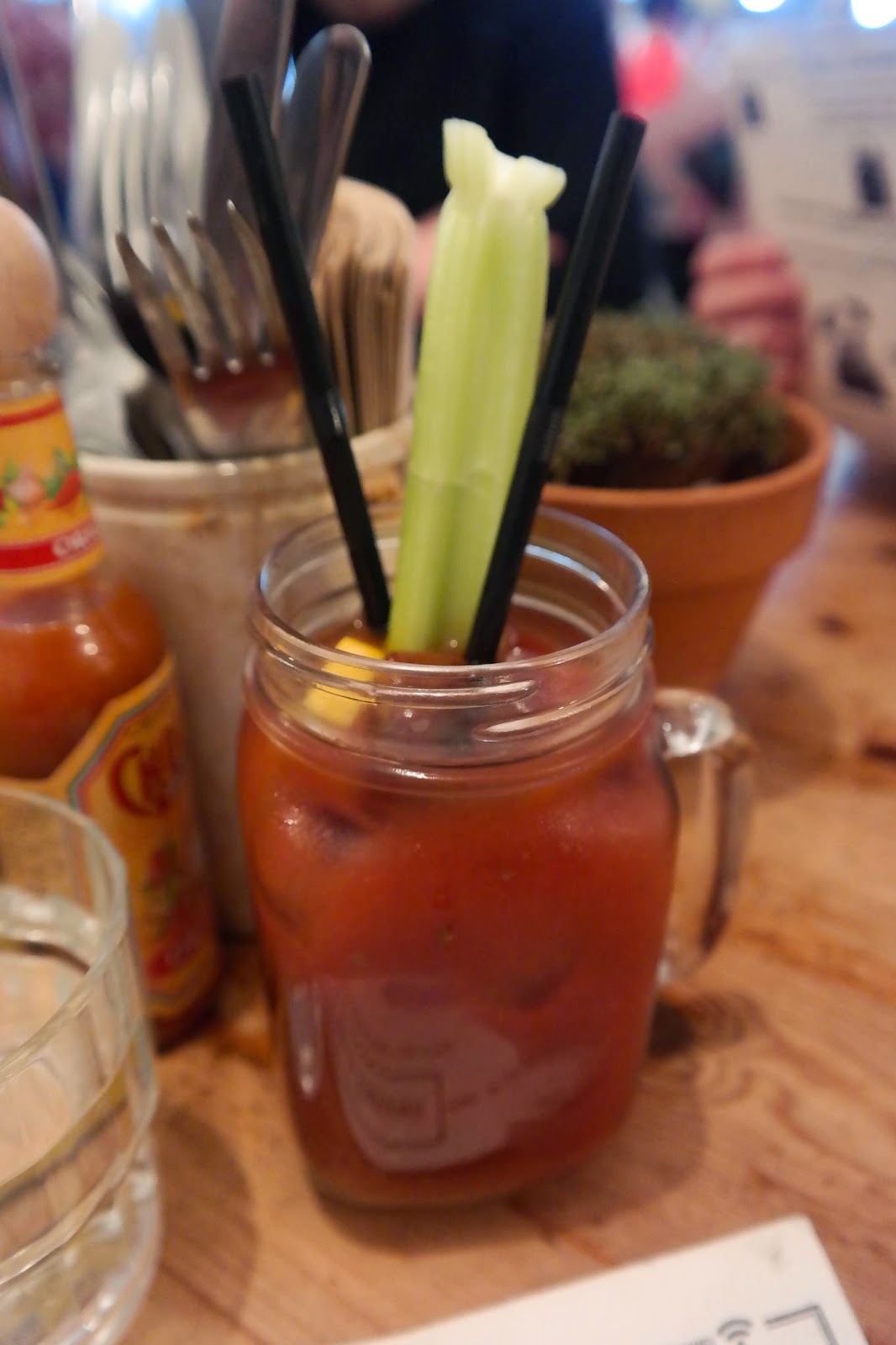 2. OOTB did the most phenomenal garlic fries. We used to go for them alone. Garlic fries with breakfast? I can see you judging me, but I DON'T CARE they were just too GOOD. Ben, get on it, OK?

Right.  Onto the food they do serve. 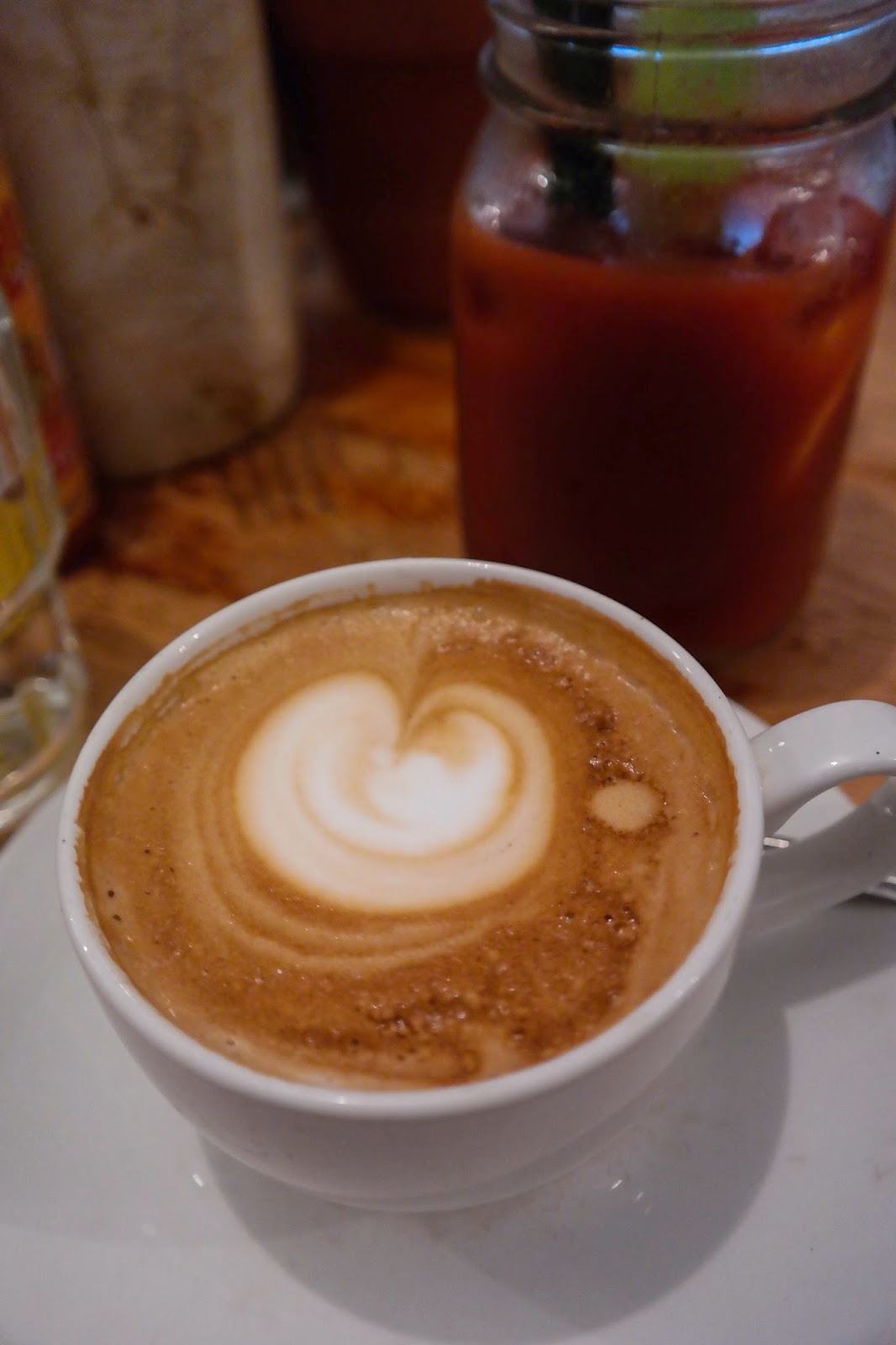 GrubsterGirl and I both went for the Eggs Pig Out – like your regular egg benedict, except where they substitute ham for pulled pork.  I really don’t know why I ordered this – it does not sound, as I type, like a good idea.  Fortunately, it's a fantastic idea.  Really is – hits that salt & sweet thing that I love so much so well.  Well done, Ben.

I also supplemented mine with a side of smashed avocado (actually, let's call this what it is – guac without the spice and lime) which was yummy and went really well with the BBQ pig and egg and hollandaise sauce mess I'd created. 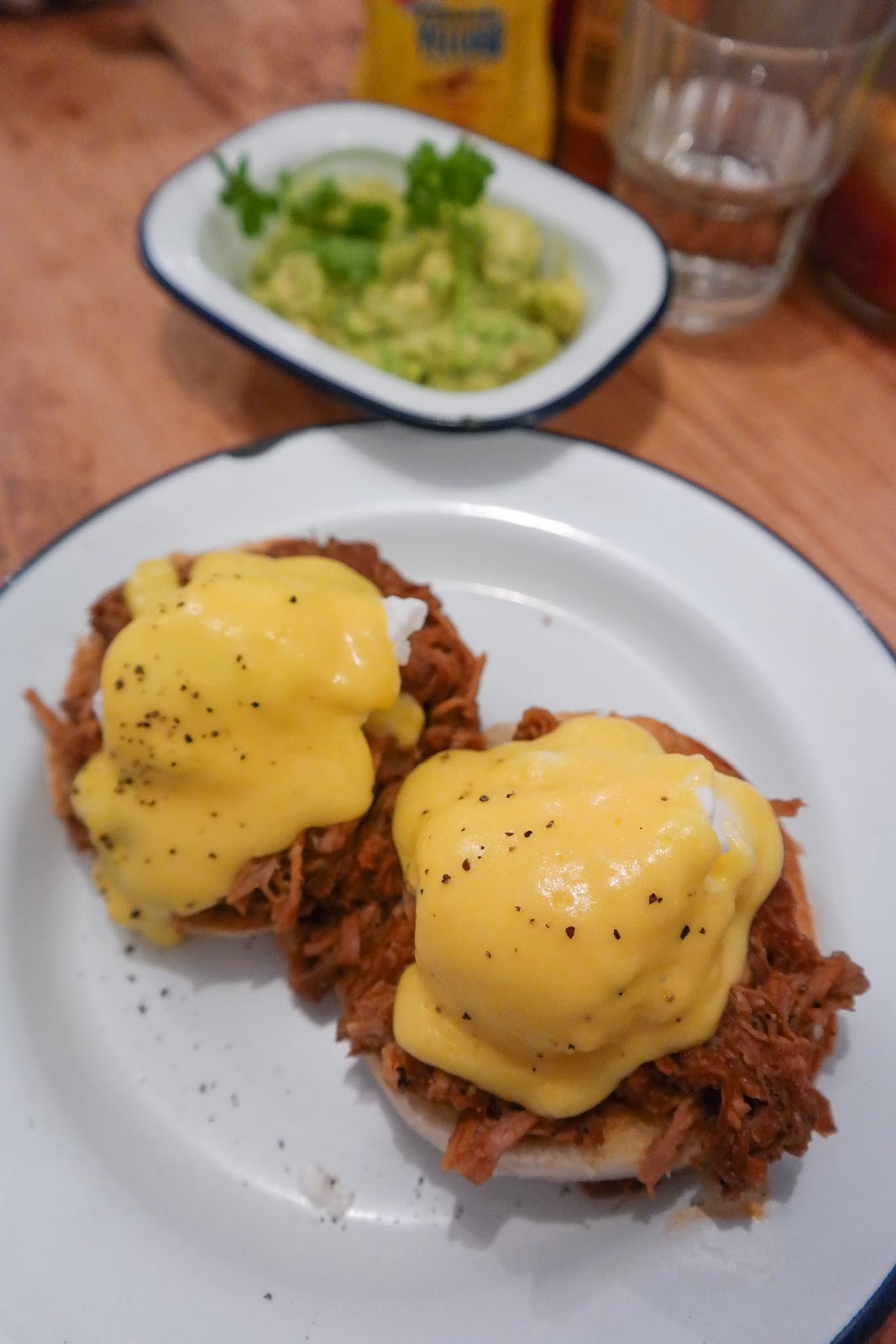 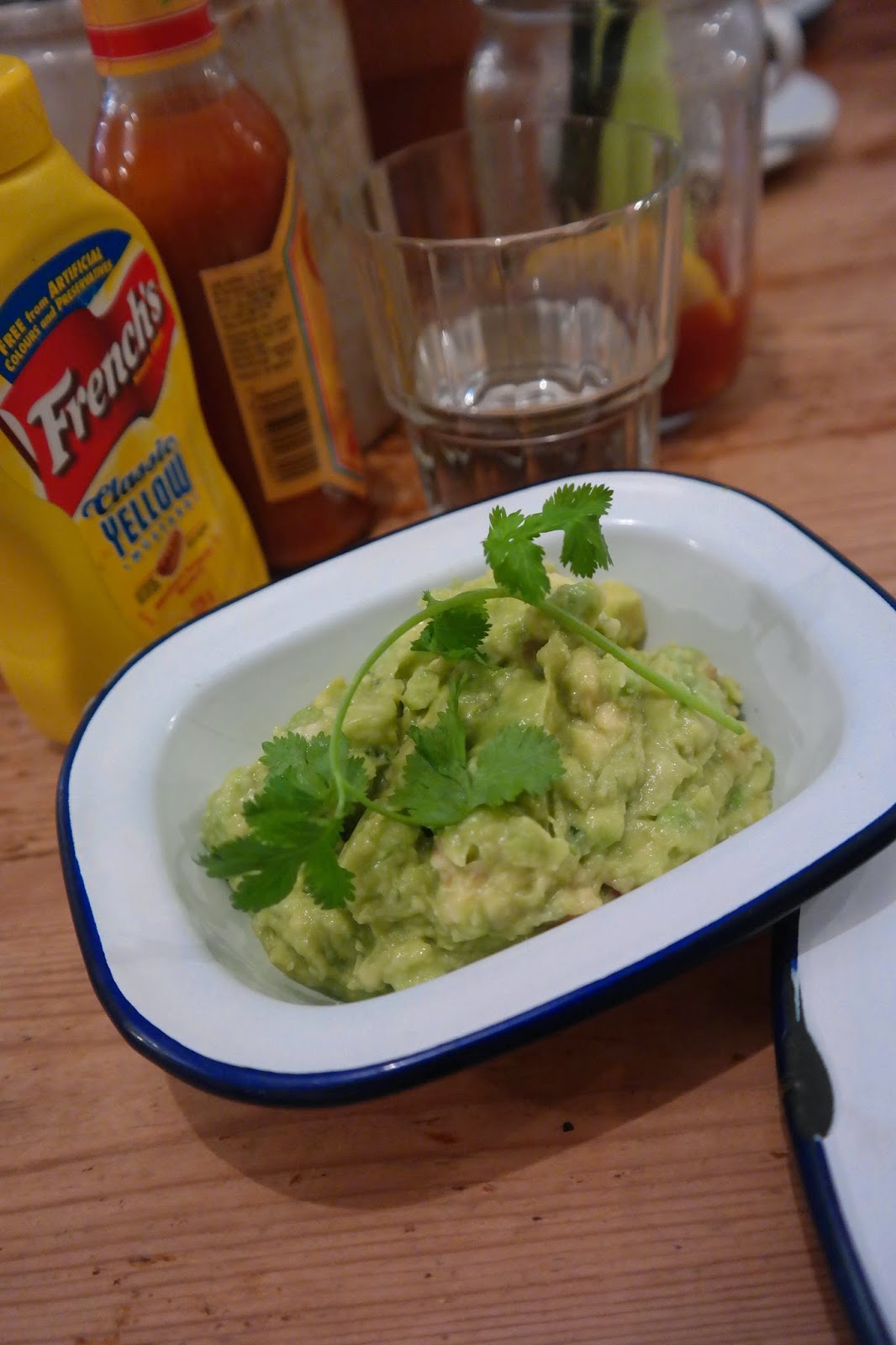 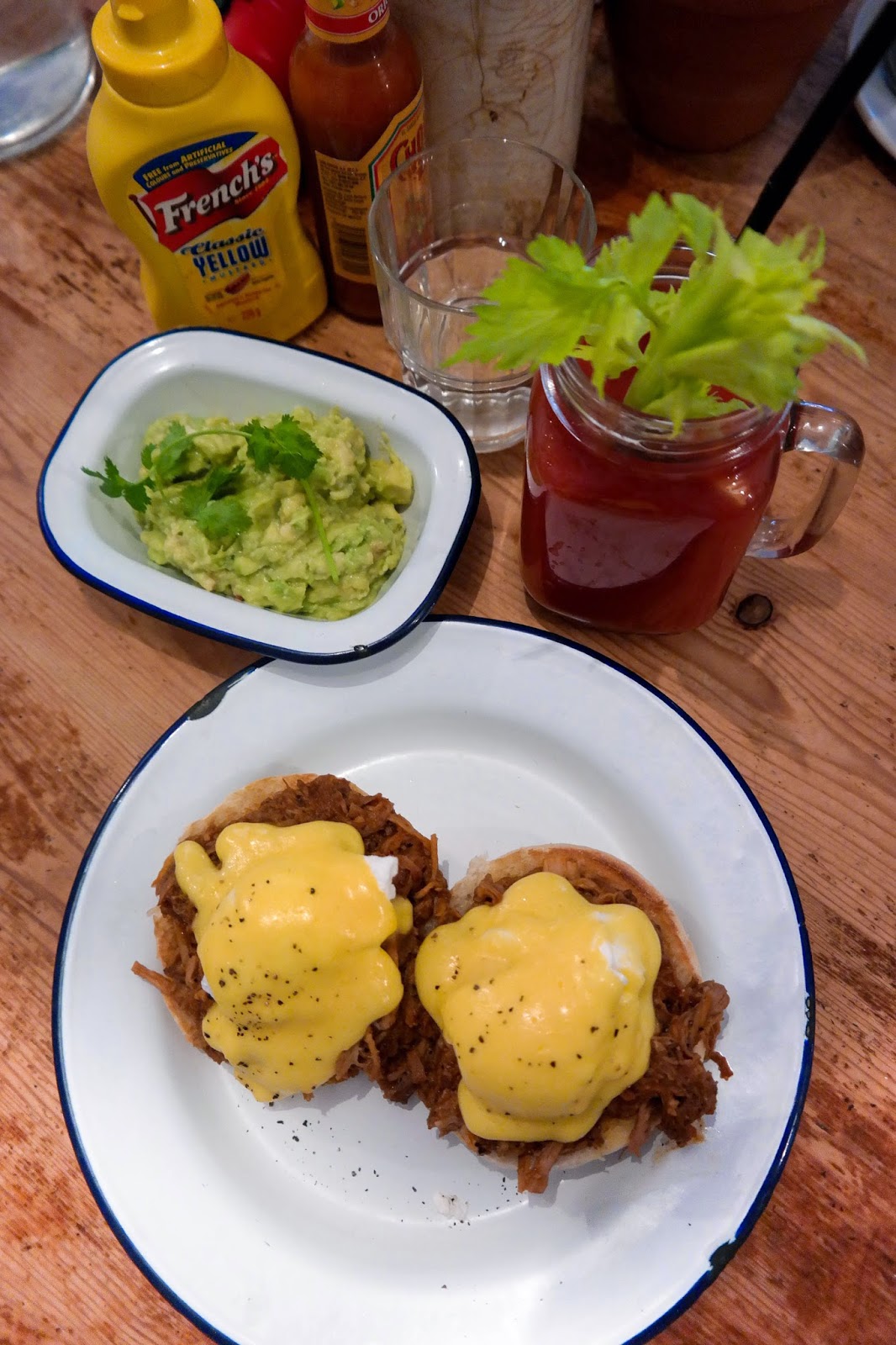 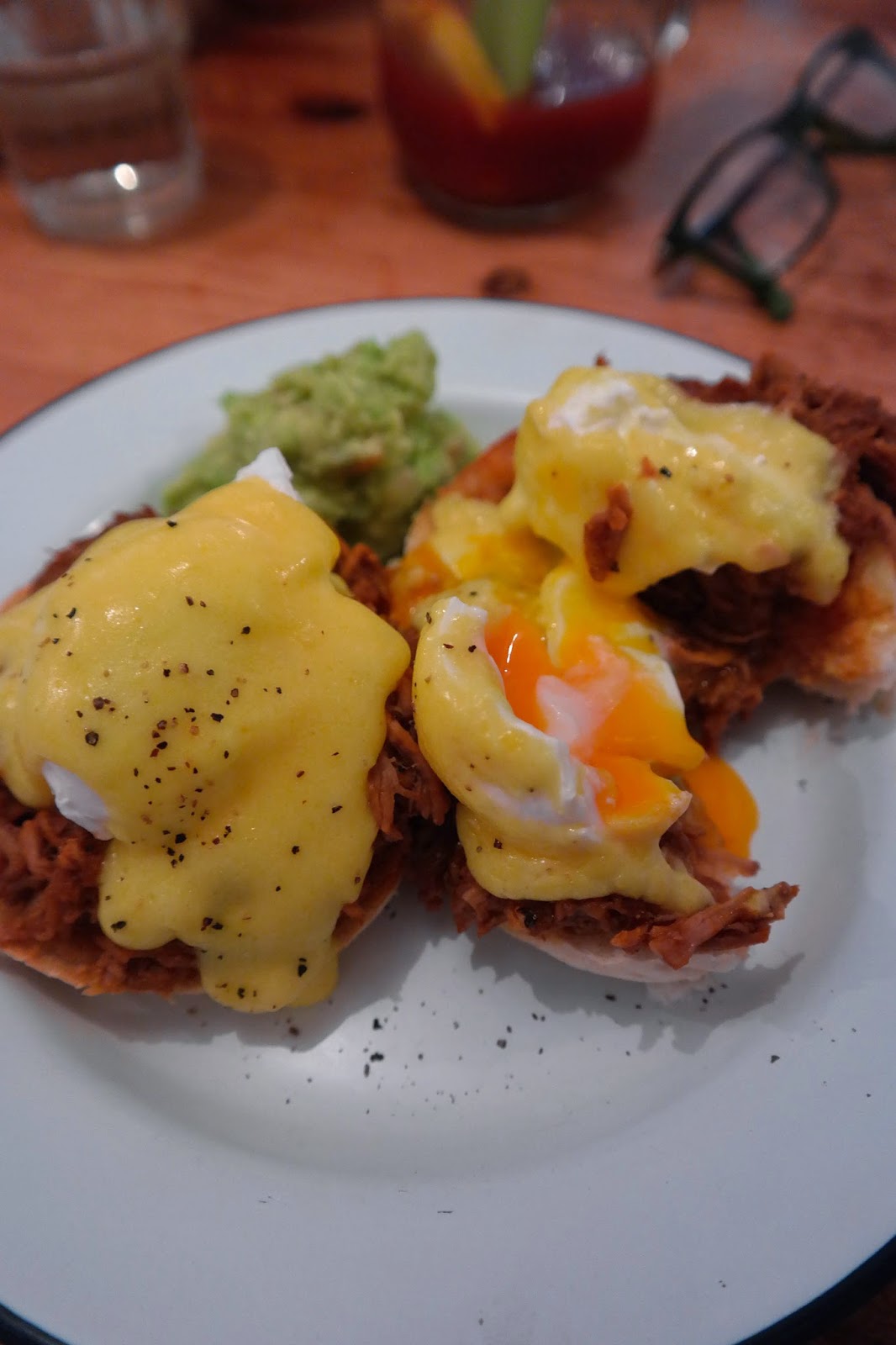 Friend 1 had spicy baked eggs with toast which I am reliably informed was good.  So all yums. 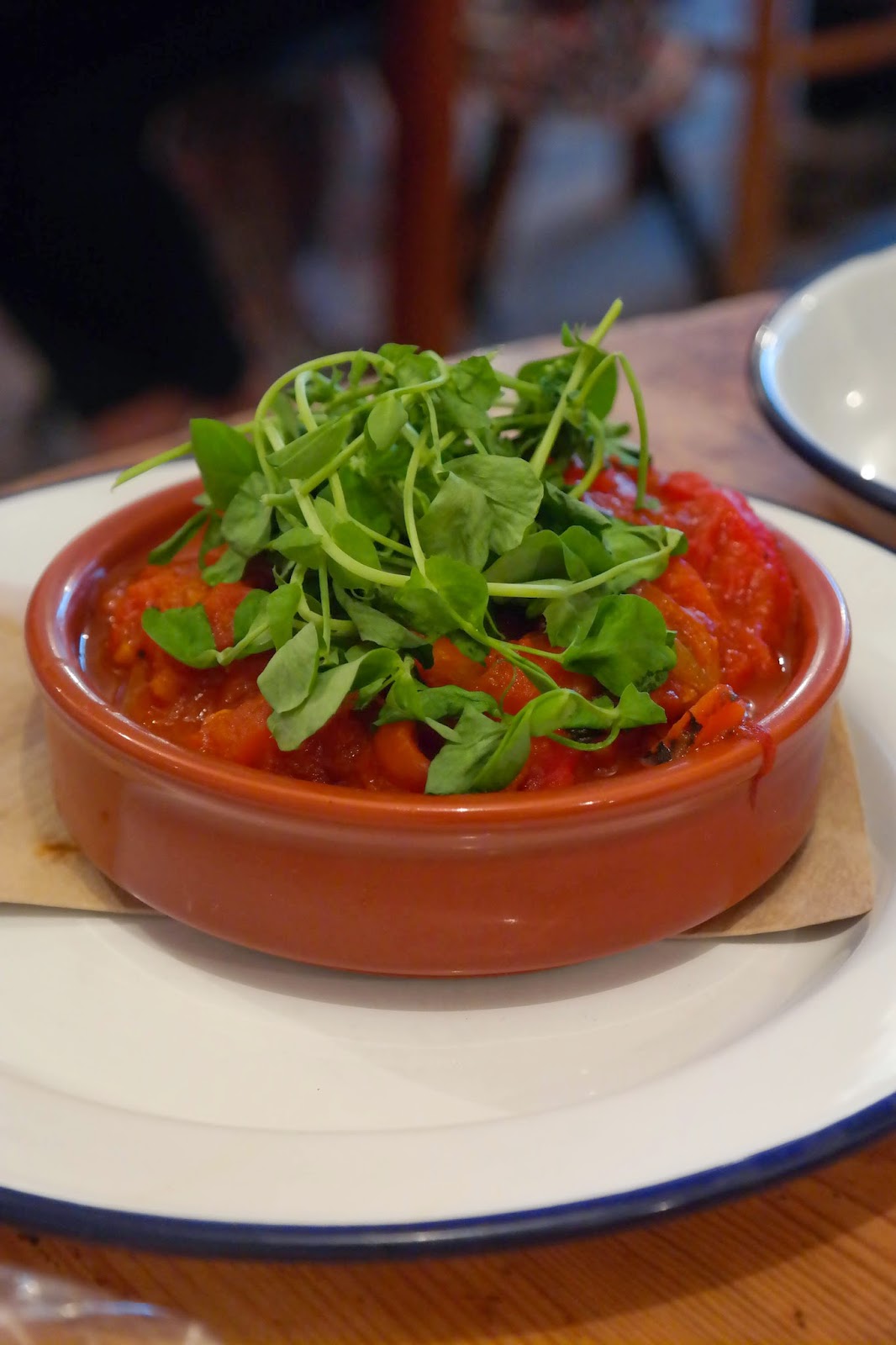 Friend 2 had Eggs Costa Brava – which is much the same as a eggy benny, but with chorizo instead of the ham.  You see a pattern emerging?  Also good, though. 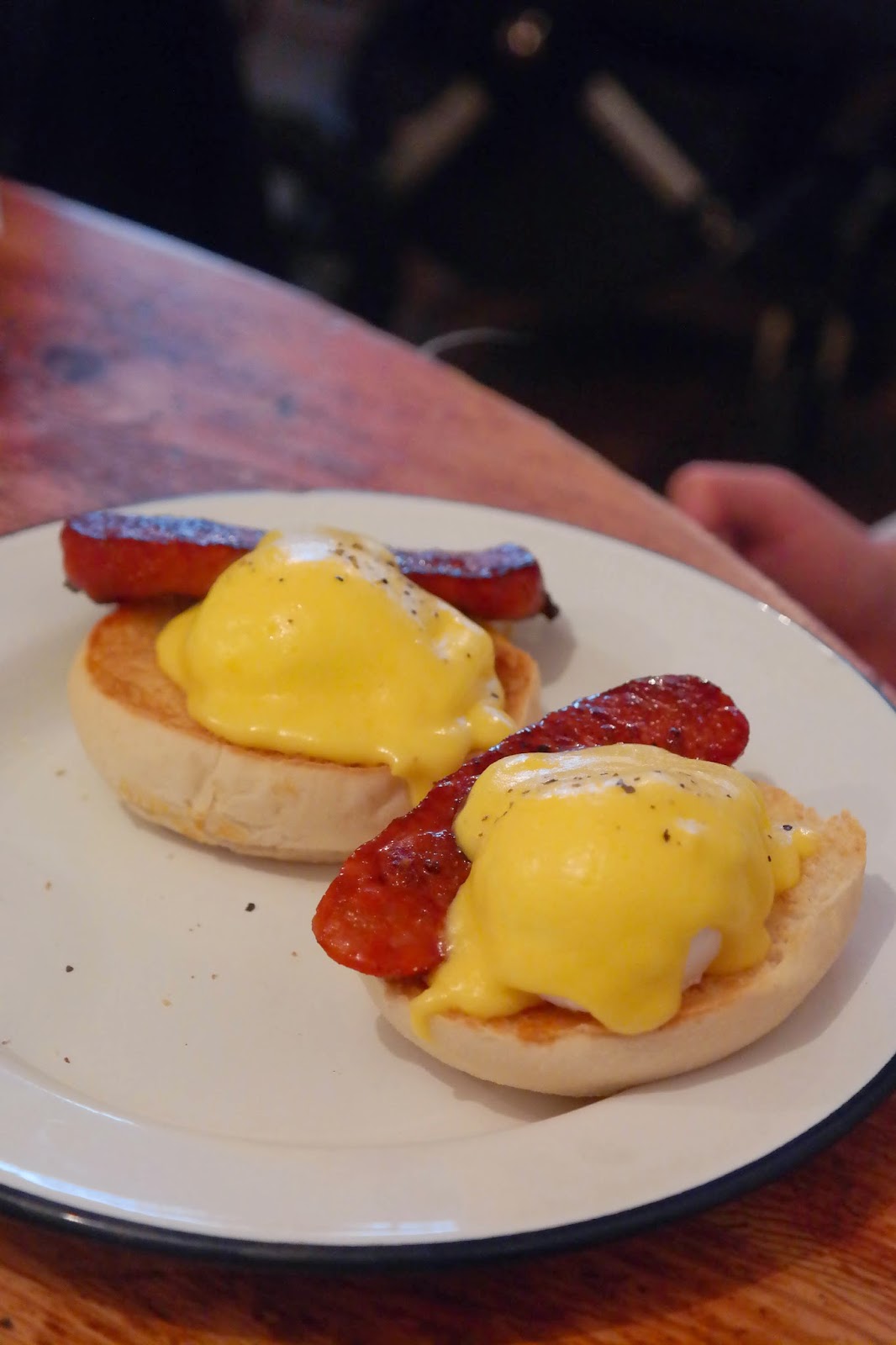 Friends 1 & 2 have recently had a baby (hence the gap since we last met).  BabyFriend had pulped sweet potato that Friend 1 had brought with her.  It looked exactly like what I expect it looked like on the way out.  So I'm going to say BabyFriend didn’t win the ordering stakes.

Generally, Ben's done good.  Very nice food, good atmosphere (very tolerant of small people, which is good given that we had one with us).  There was a short wait for a table, and frankly I can see why.  If we lived nearby I'm certain we'd be there regularly.