Our first visit to Tommi's Burger Joint was slightly accidental.  We had to be up in town midweek during the day, for one reason or another, and so it made sense for us to plan somewhere decent to have lunch.  Somewhere, perhaps, where there would usually be a queue, but it being (a) a school night and (b) lunchtime we might not have to wait outside for ages (if at all).  So we headed to Patty & Bun.

Except Patty & Bun was closed for refurbishment.  So we wandered to Meat Liquor.  Except there was a 45 minute queue (no, really, how absurd is that?!).

And so we came to stumble upon the utterly unprepossessing frontage of Tommi's Burger Joint.  I had never even heard of Tommi's before that day, but it got good hits on Google for burgers so I thought we should give it a try.  Also, by this stage I'd have gone anywhere given that I was pretty sure GG was about to start tucking into my right arm.

Basically, the concept (if you can call it that) is this: you go in, go up to the bar, and order yourself a burger / accoutrements / drink then scramble to find somewhere to perch. 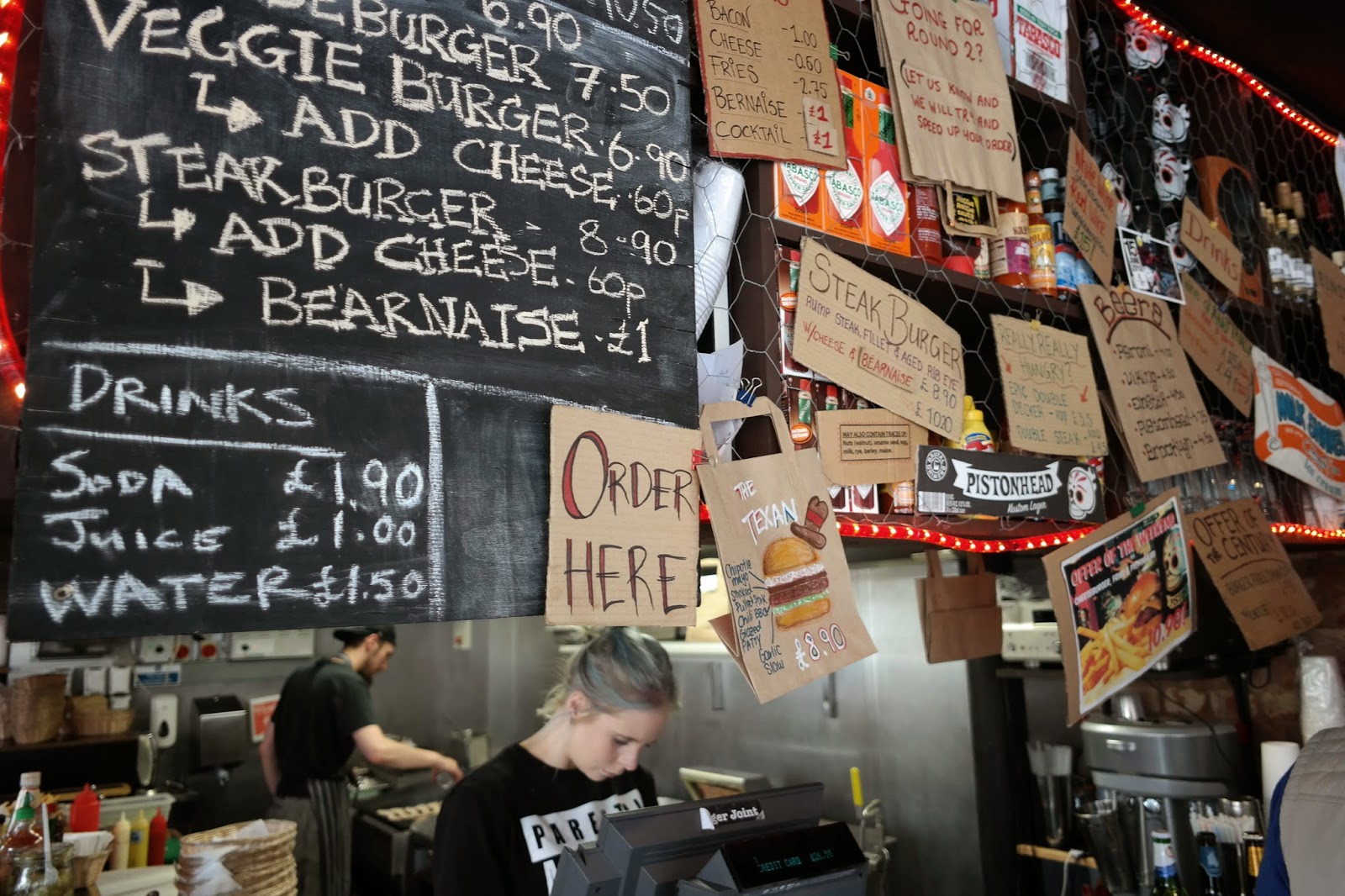 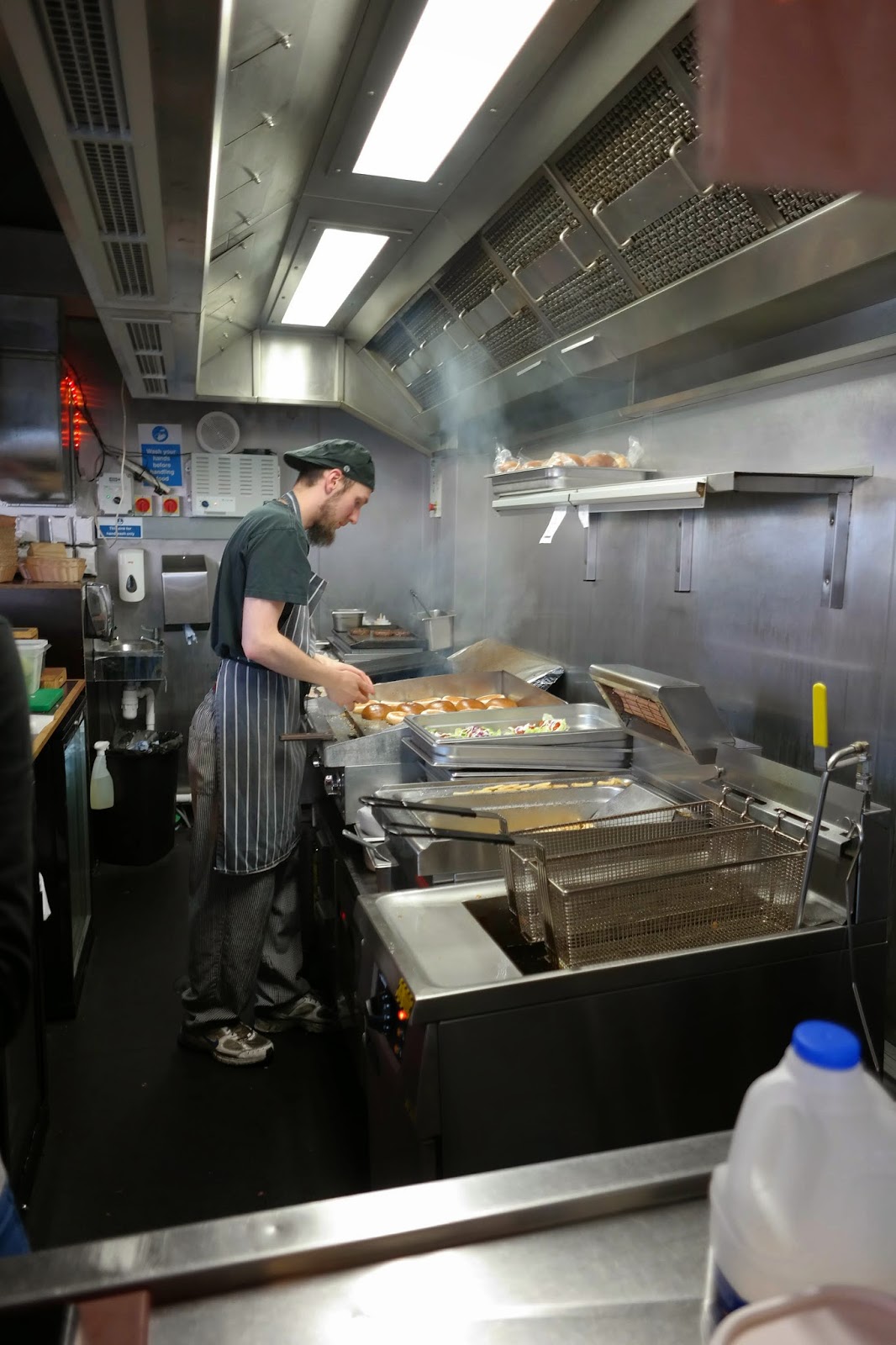 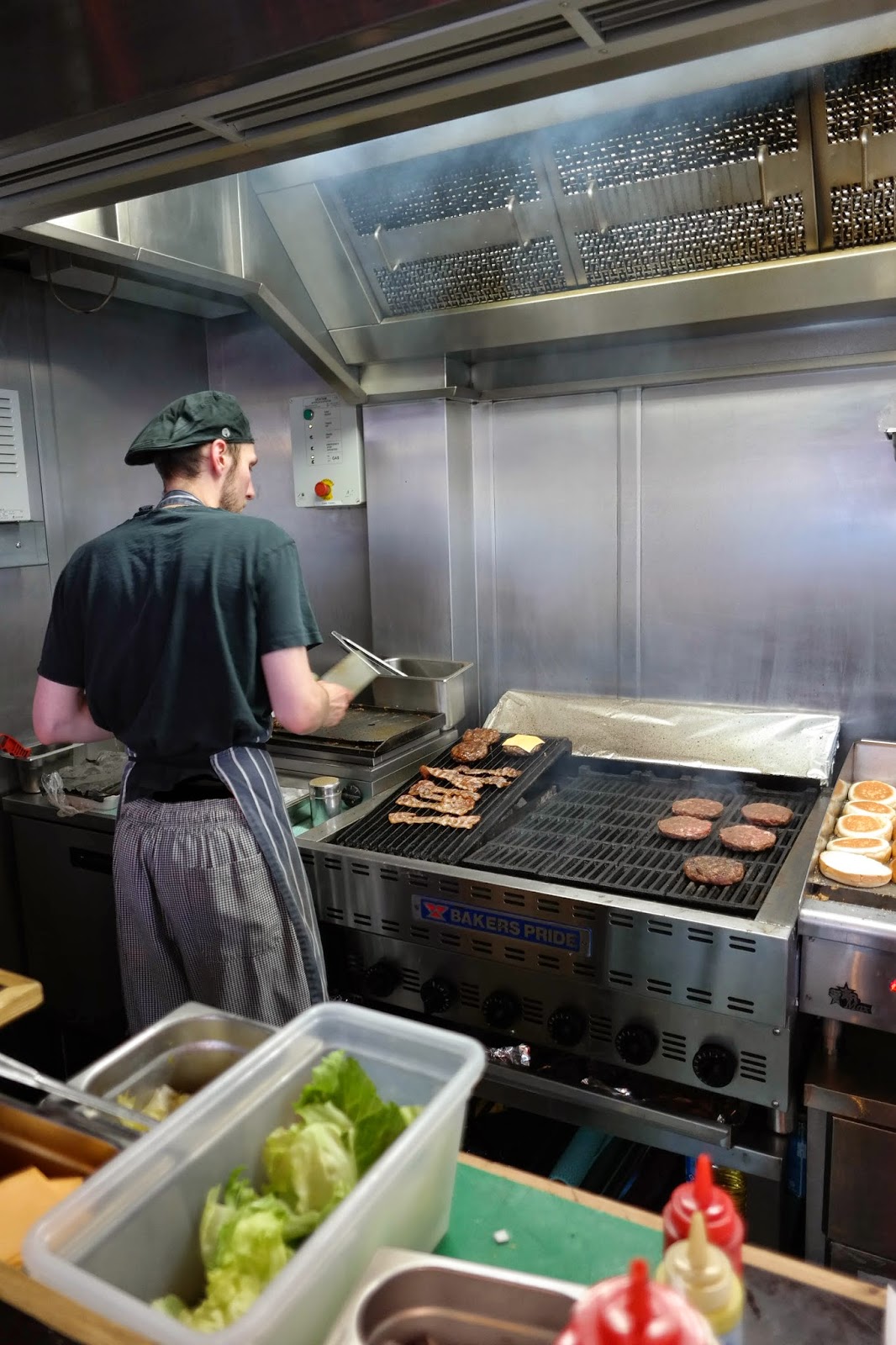 Then you go hit the best condiments counter I have ever seen. 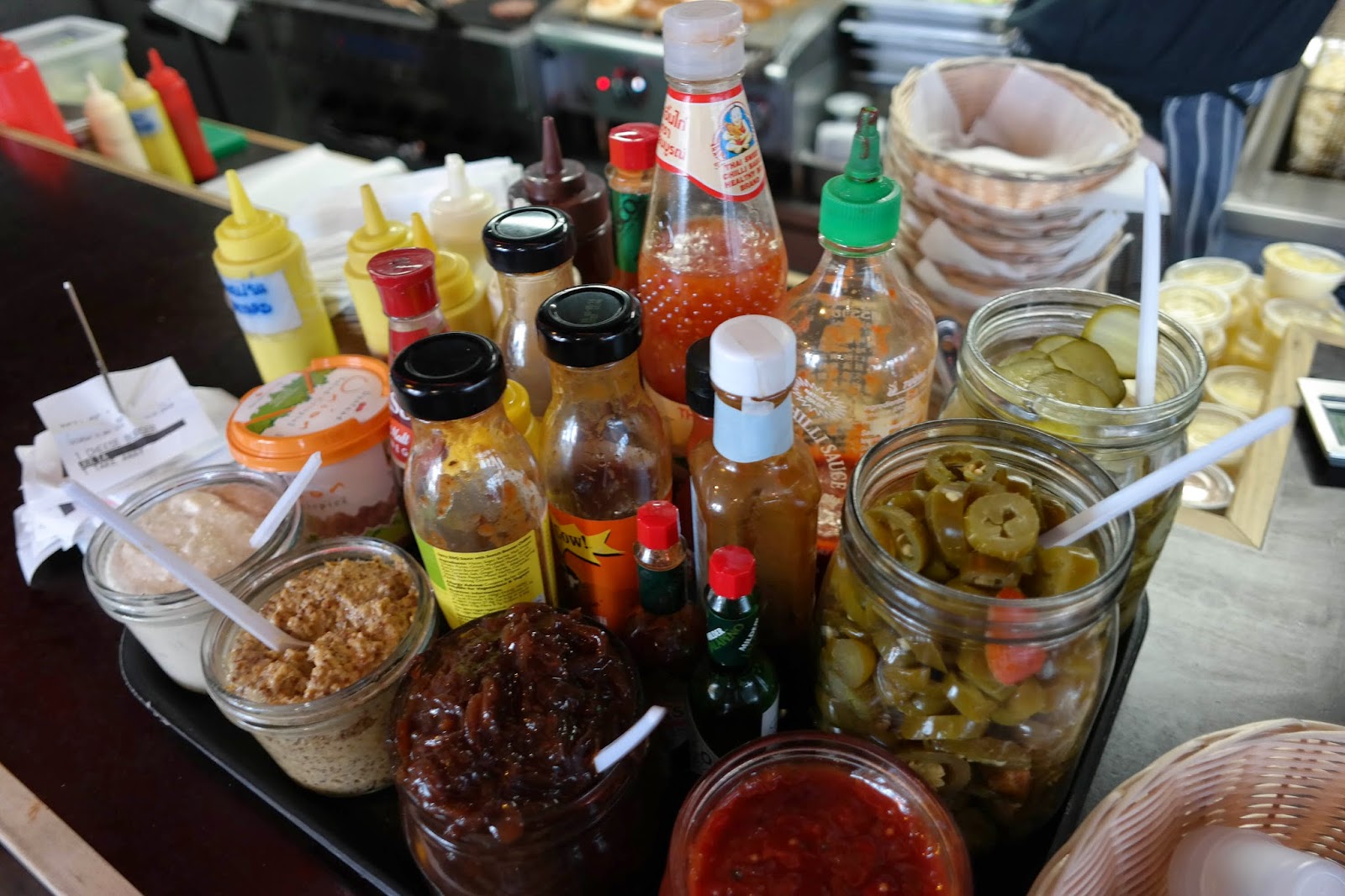 We both ordered ourselves a Texan Burger, the special of the day, which was comprised of a glorious medley of pulled pork, slaw and chipotle mayonaise.  To go with it we had fries and a couple of milkshakes. 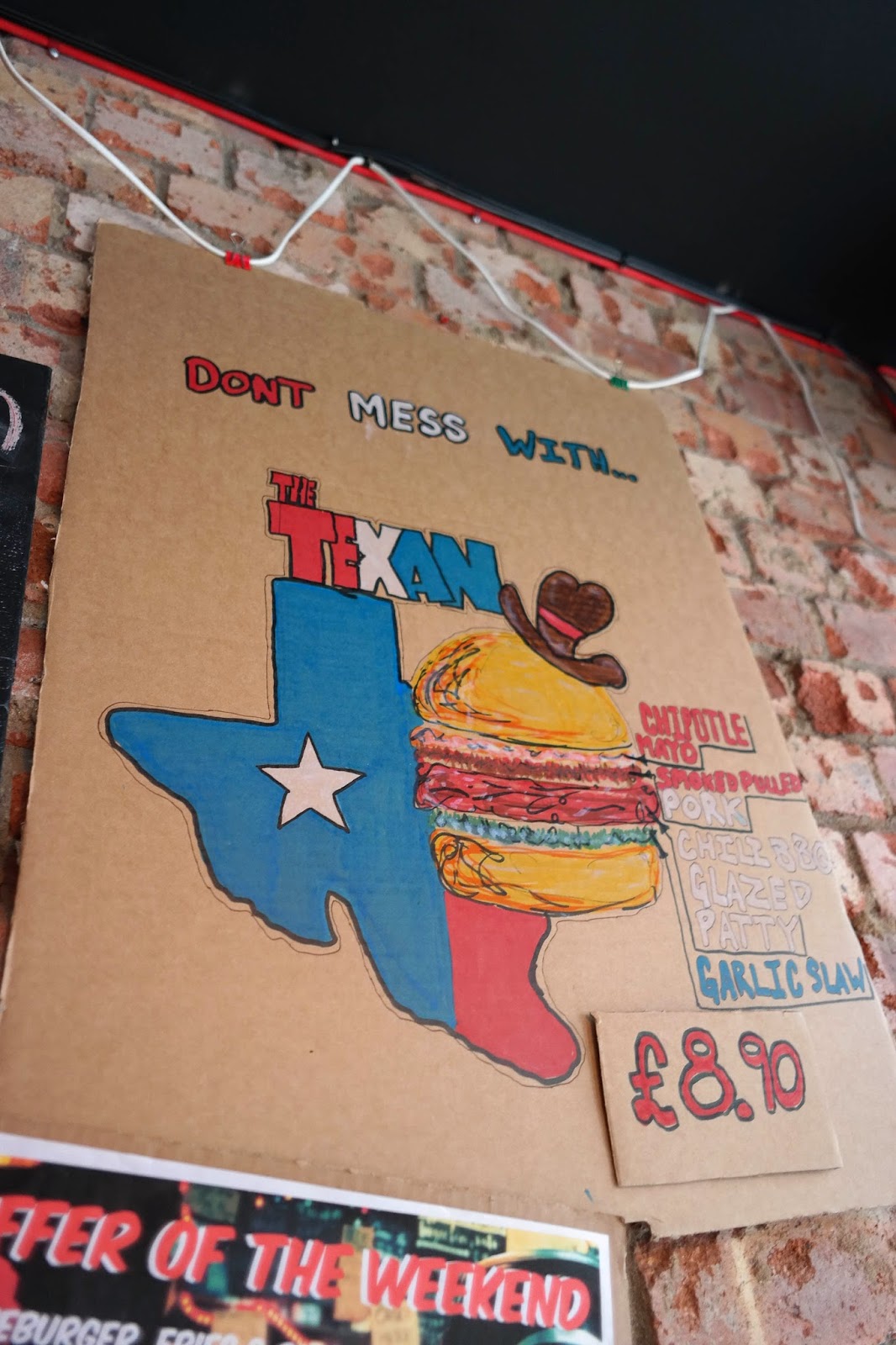 First up, the shakes.  Bloody marvellous.  Pure Americana in a glass, they were thick, creamy, rich, sweet buckets of joy. 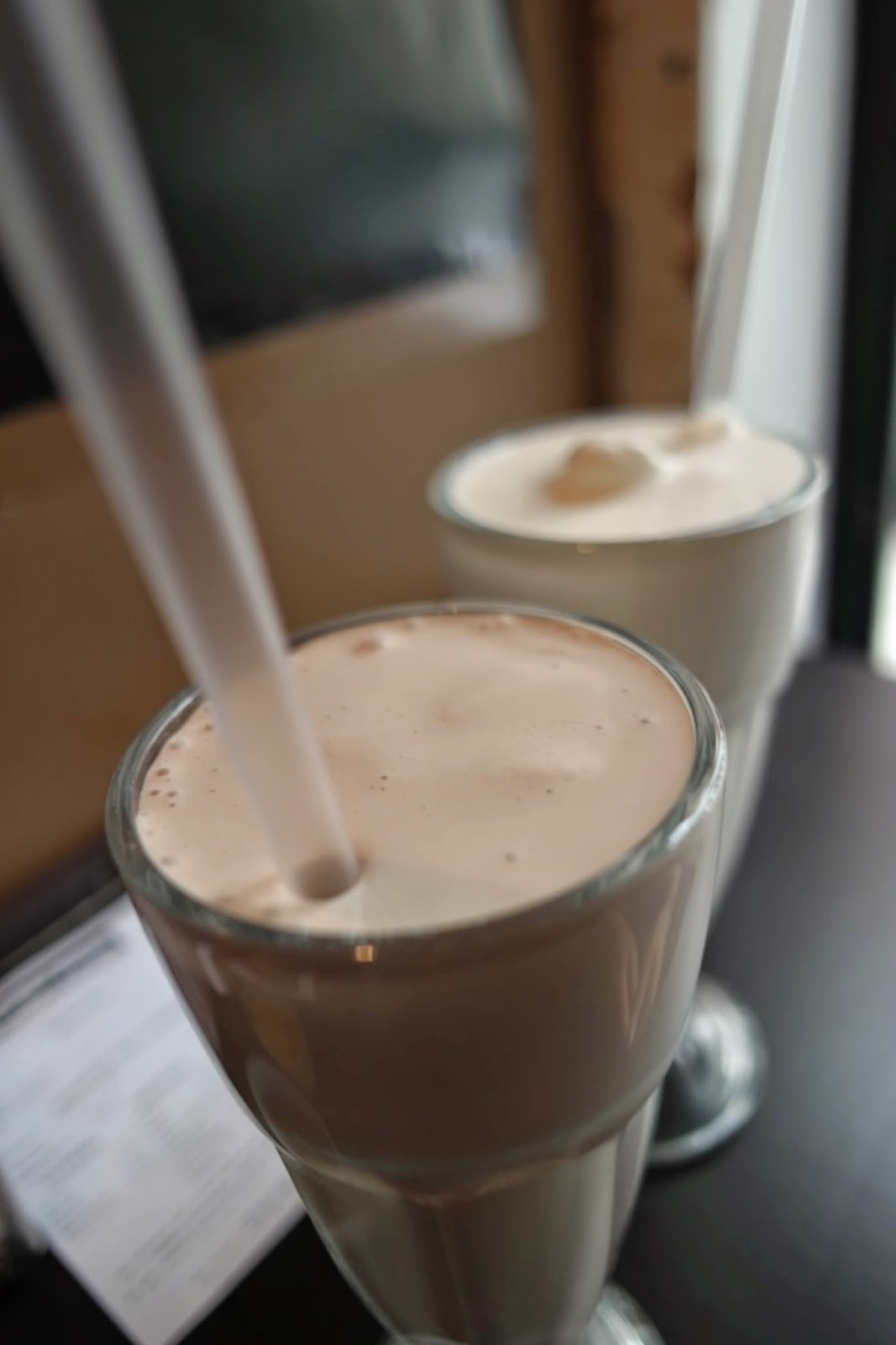 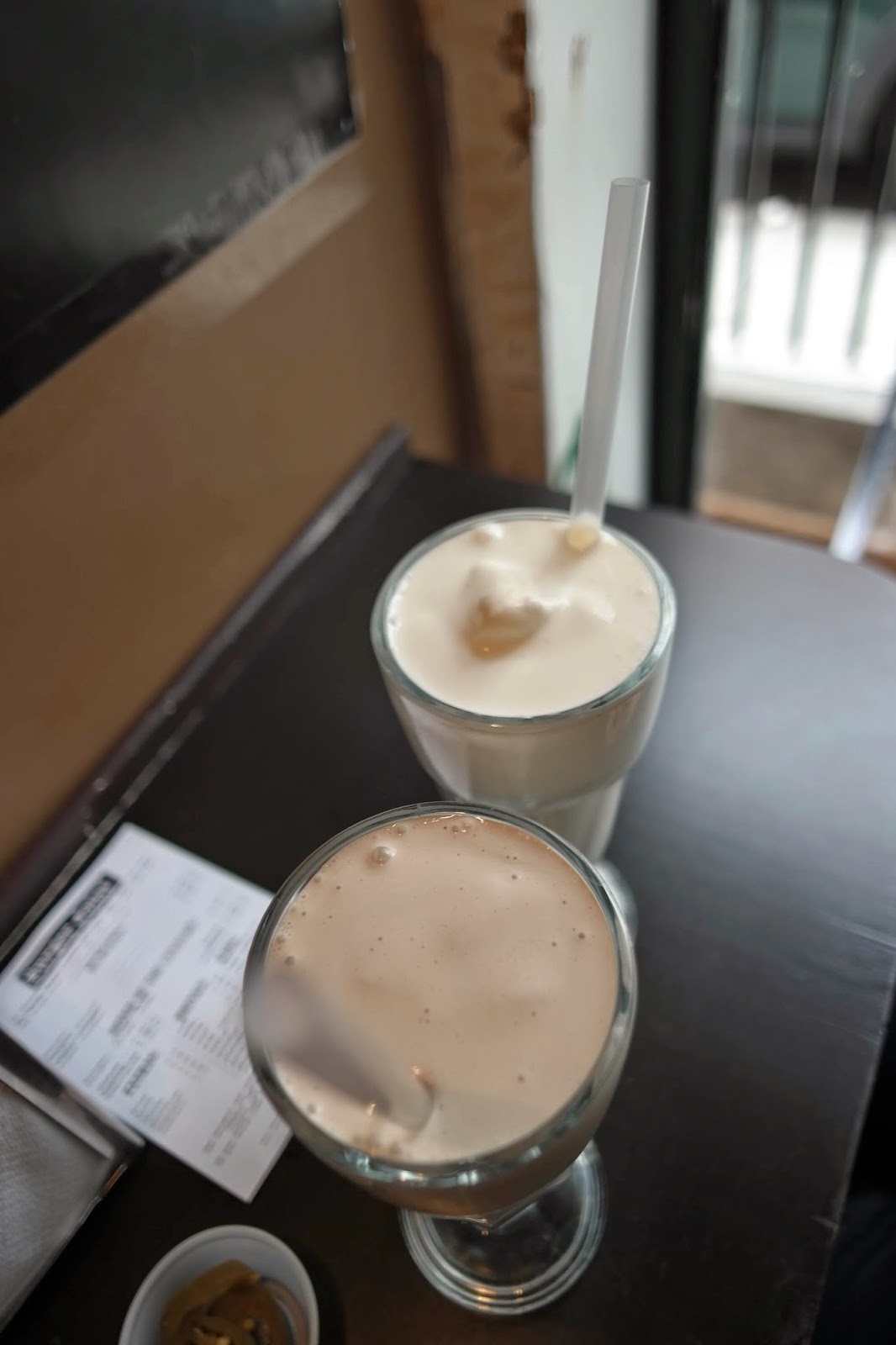 Then the burgers arrived. 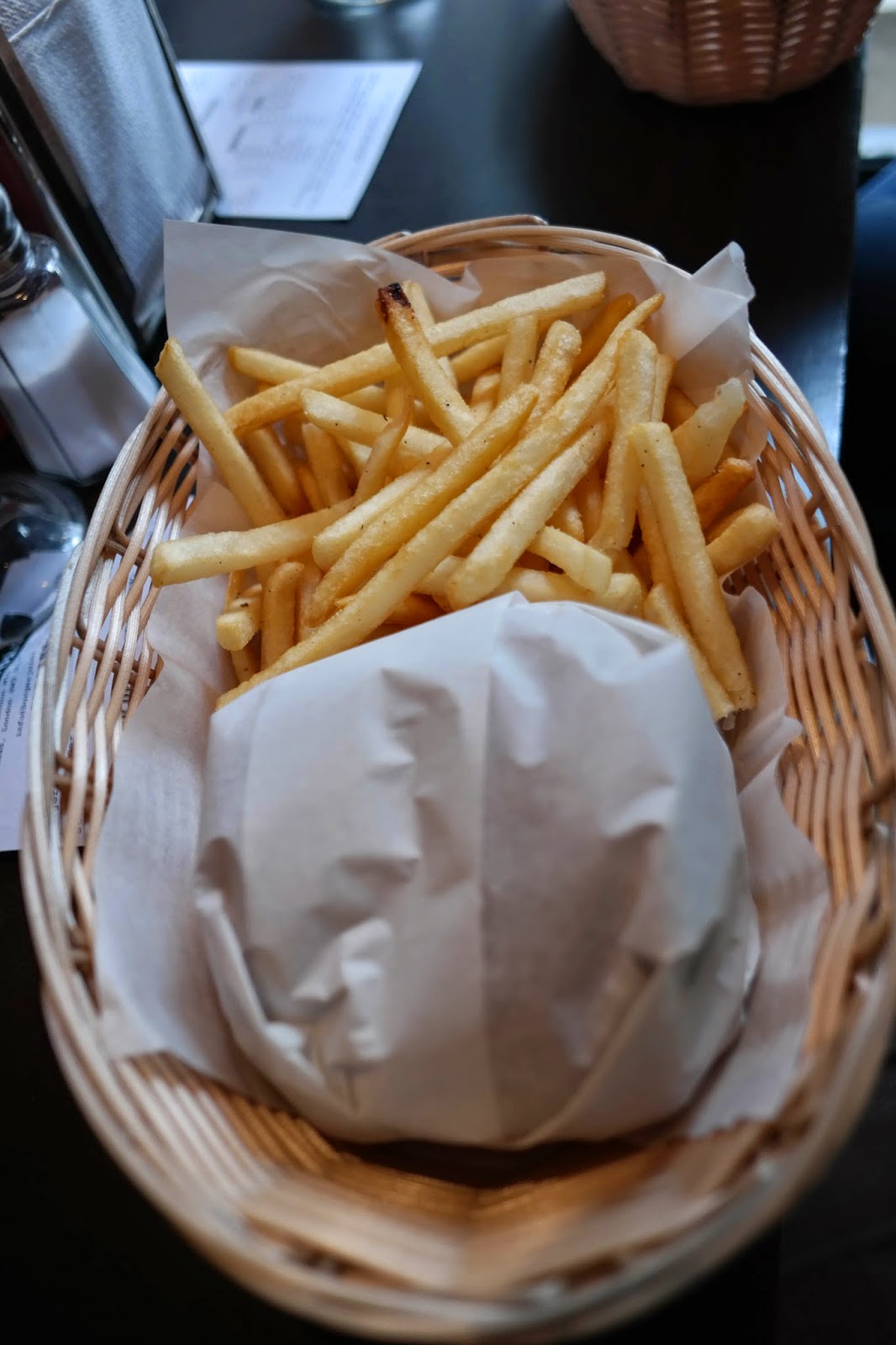 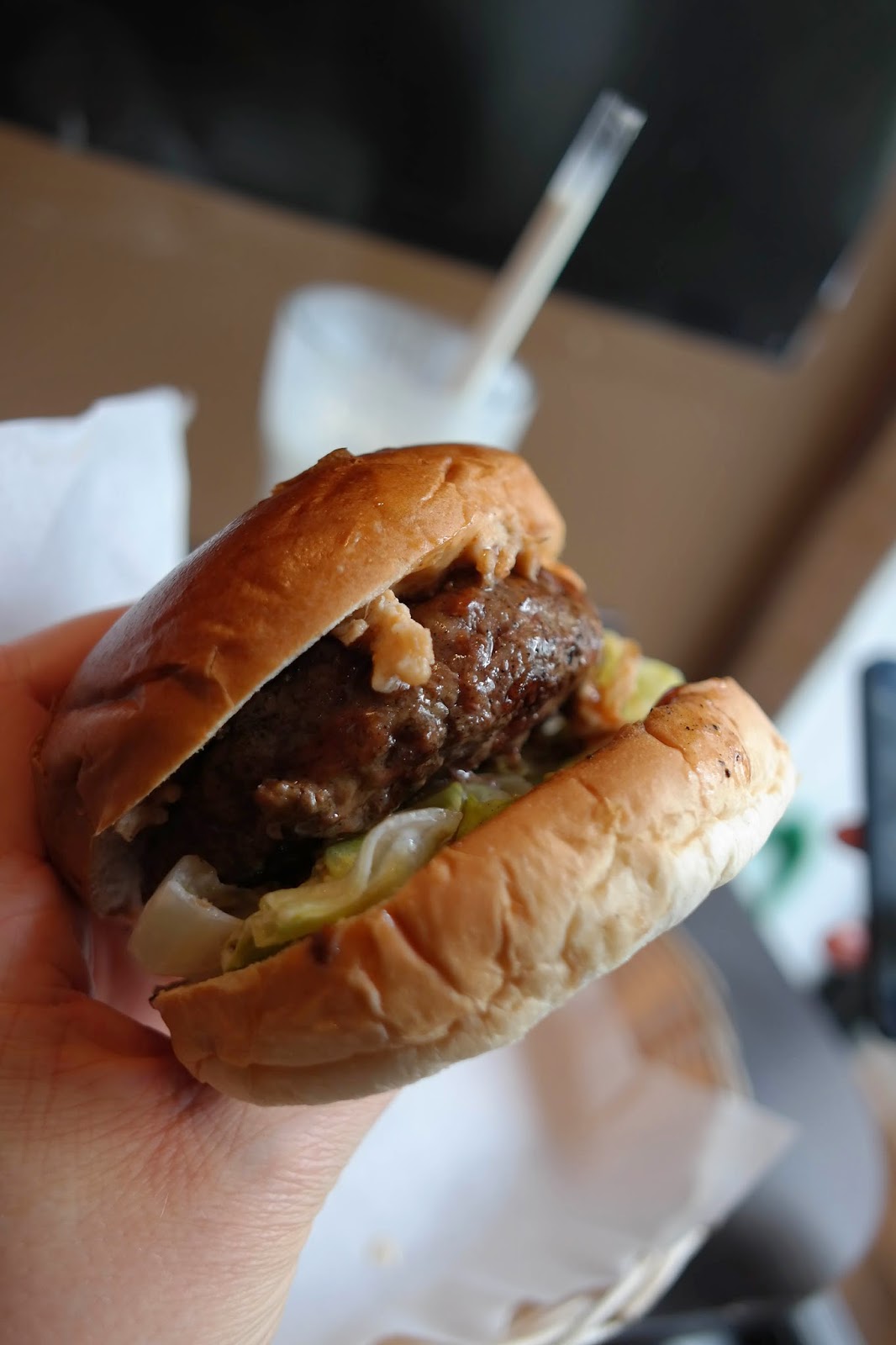 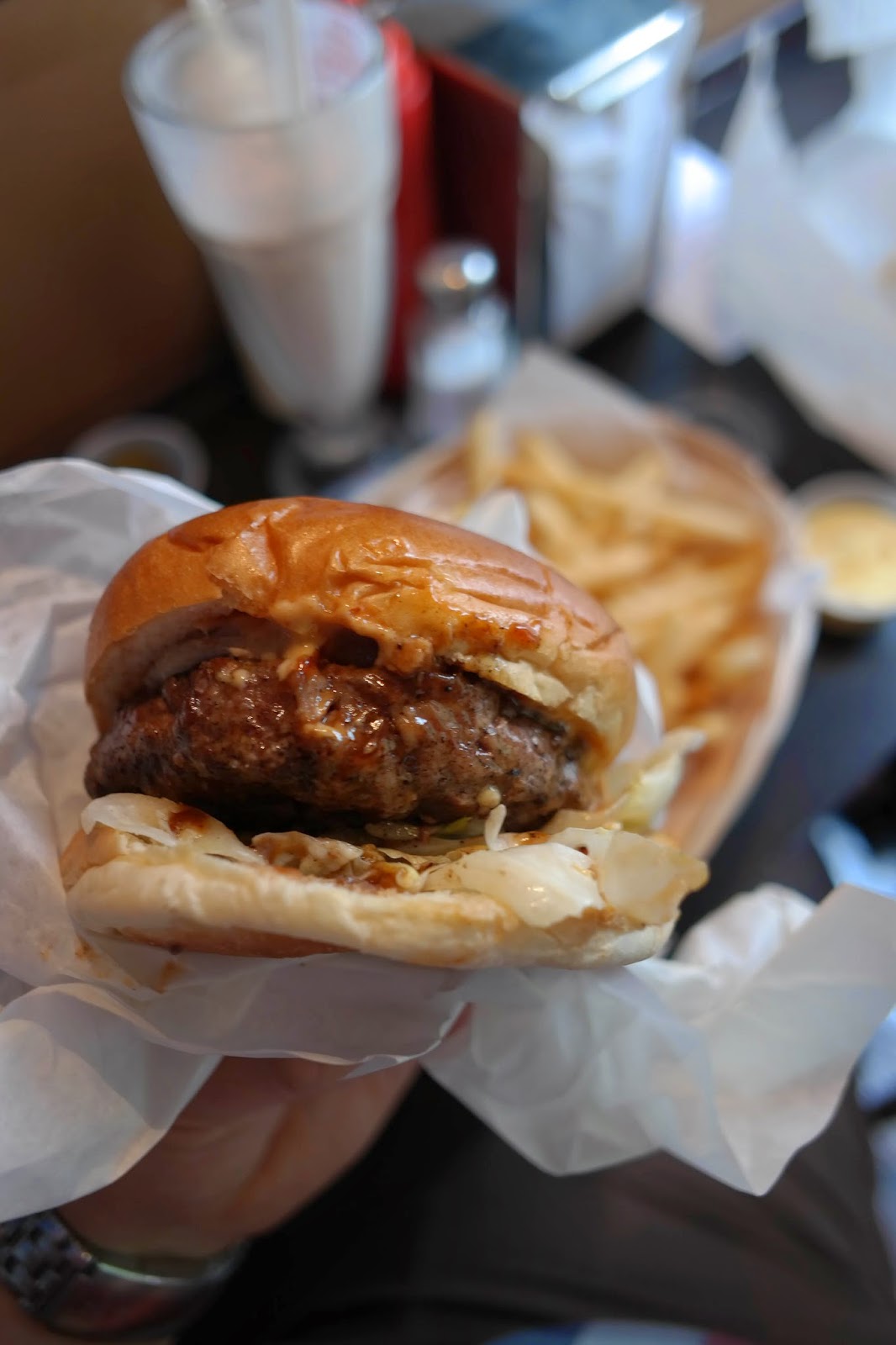 The patties were cooked to absolute perfection, pink in the middle, nicely juicy, very tasty.  You can opt for something called a 'steak burger', which is rib eye, fillet and rump steaks minced together and burgerified.  Our burgers were their standard fare, and bloody good they were too.

The filling was a great little combo.  There was some fear (from GG only) that it could have been a bit of a spice fest, but it wasn’t at all.  It was very well balanced, in fact - and not nearly as sloppy as I thought it might be. 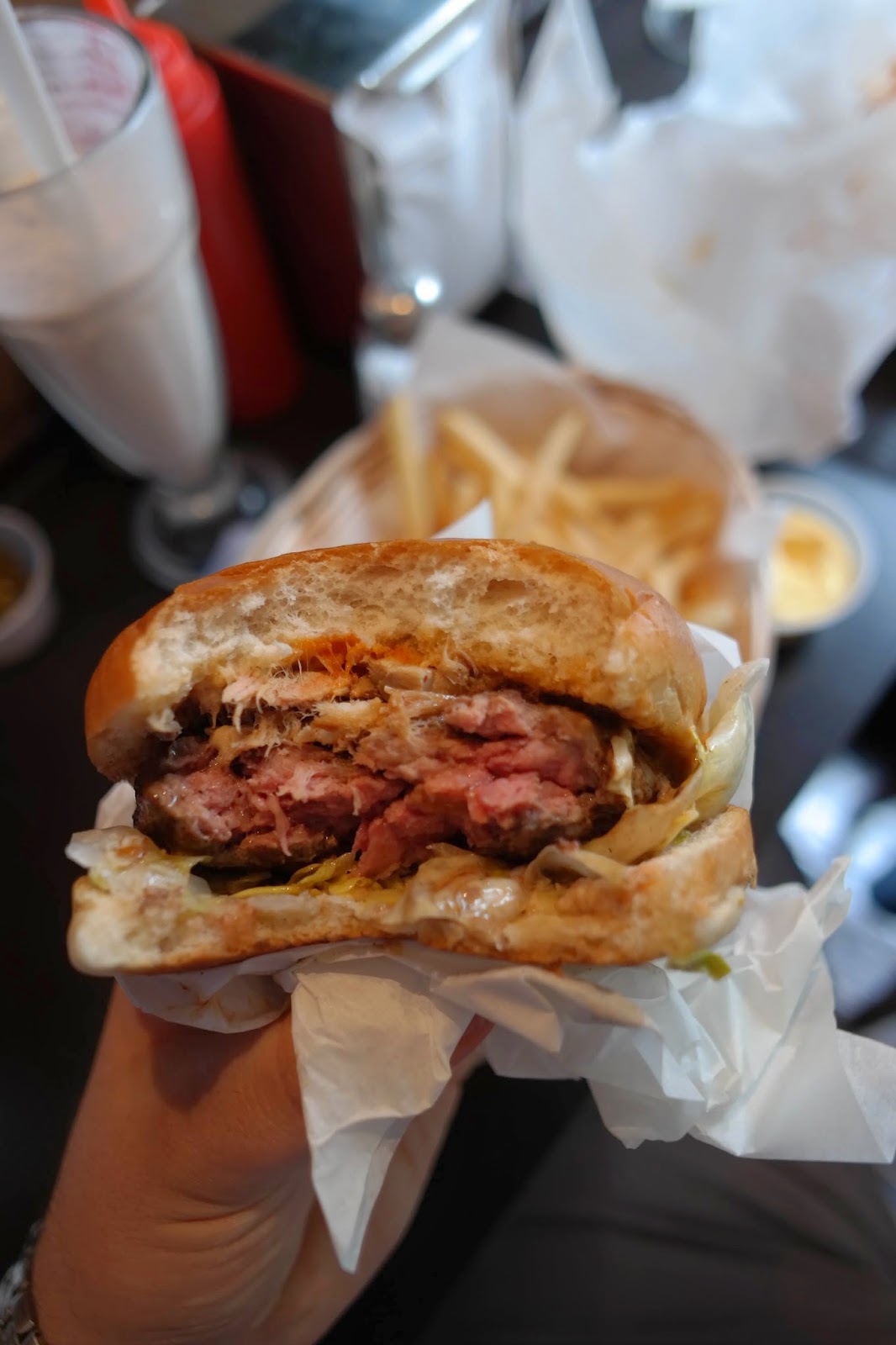 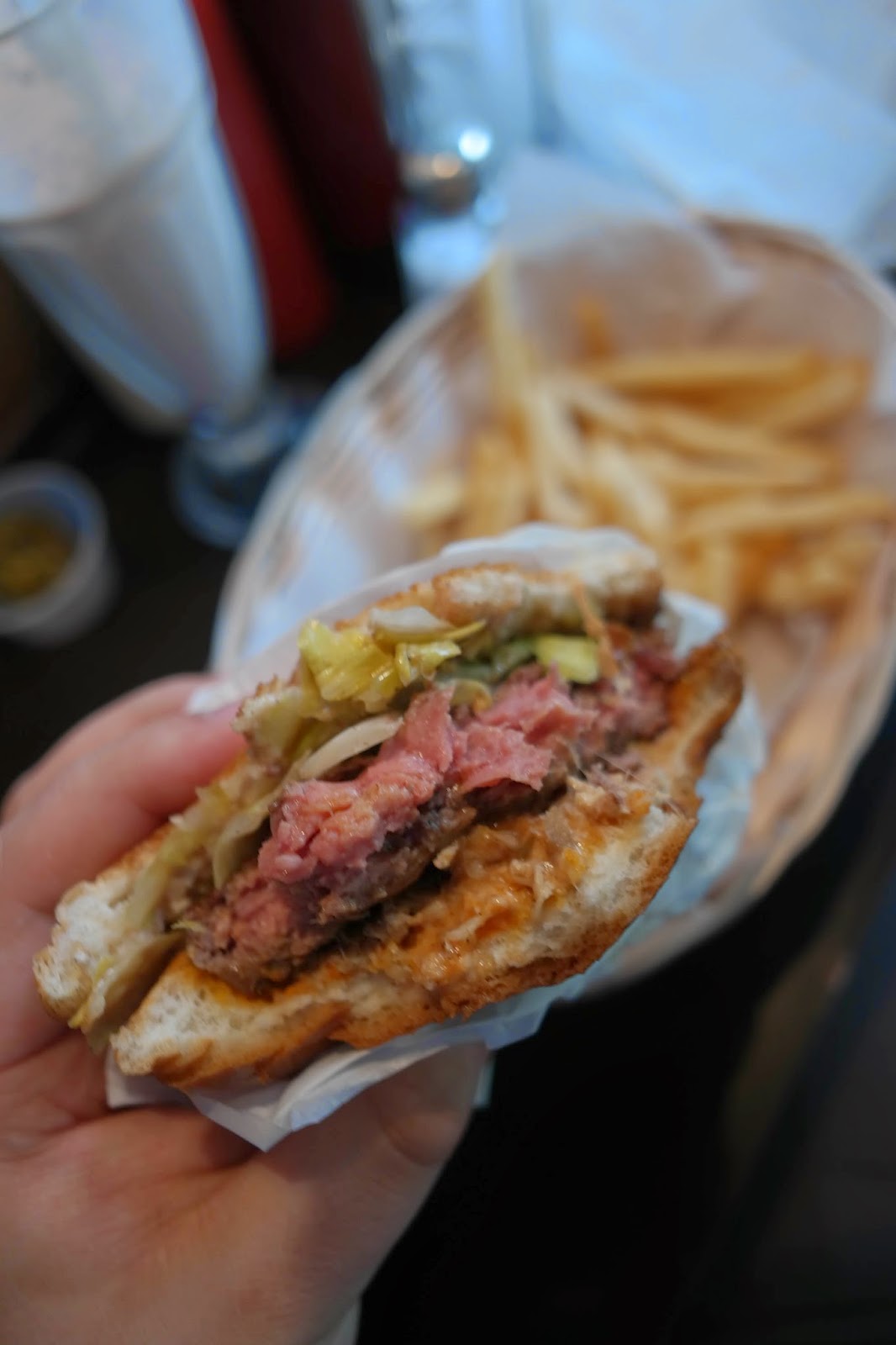 I heartily recommend Tommi's.  In a very crowded field, they've managed to put together something that, whilst not original, seems somehow to feel one of a kind.  Well done to them for that, at the very least.