La Tablita is a very long way to go for a dinner of roast lamb.  But it would be totally worth it if you did go.
Set in the town of El Calafate, Patagonia (yes, Argentina), La Tablita has won plaudits around the world for its food – and most of all its roast lamb, which has been described by some as the best in the world, a pretty tall order but not something I feel inclined to question as if it were in some way inaccurate.
It's not just the lamb either – La Tablita is well renowned generally for its parillas – an Argentine speciality of grilling enormous hunks of meet.  Much of the meat is roasted in the traditional manner, arraigned on iron racks around a charcoal fire, to be slowly smoke roasted in the coals' residual heat. 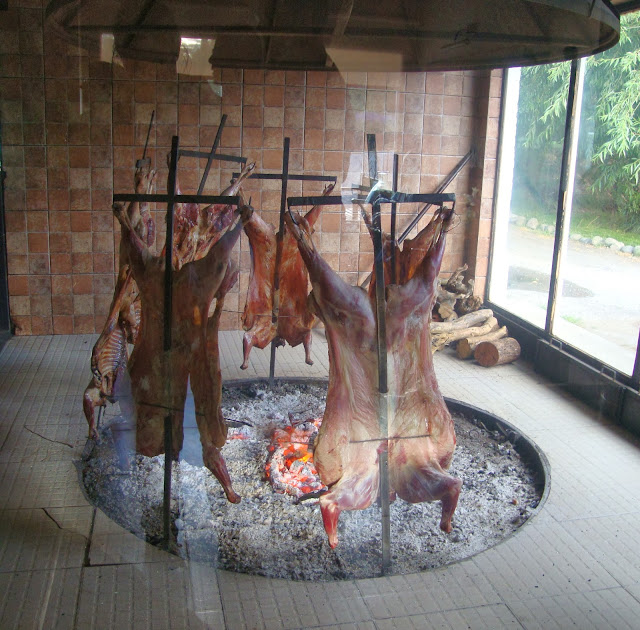 The meat is fantastic, and absolutely the star of the show.  We shared a missed meats platter, described as food for two but really providing enough for a small family to be satisfied.  We added to it with rosemary seasoned fries and a salad.  The Argentine thing of having a salad with grilled meats, by the way, is a truly magnificent idea – it totally cuts through all the fatty richness of the meat. 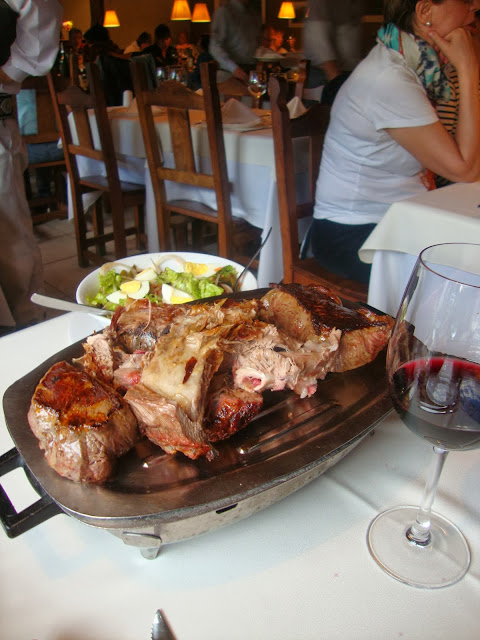 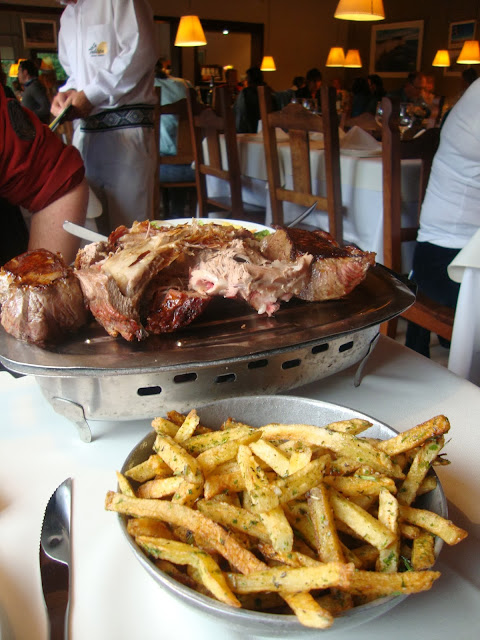 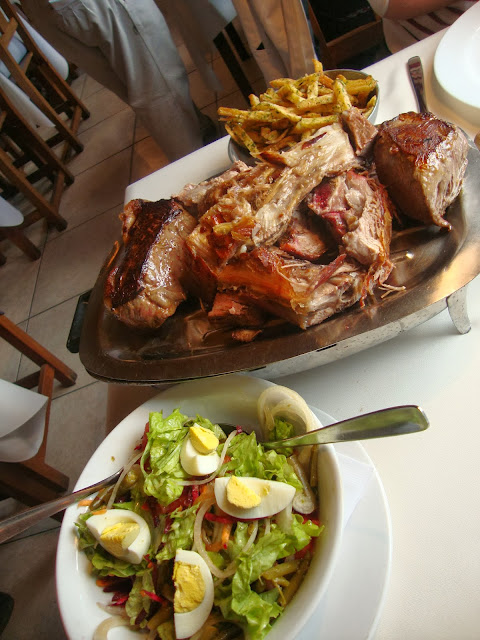 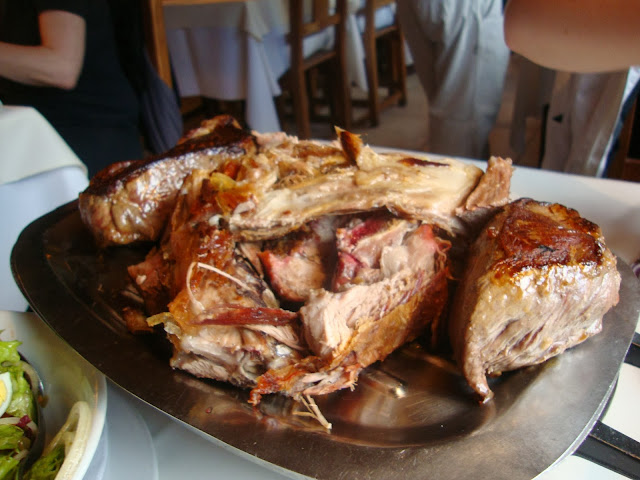 All of it washed down with this pretty little number.  GrubsterGirl and I are both fans of malbec, but this was just in another league. 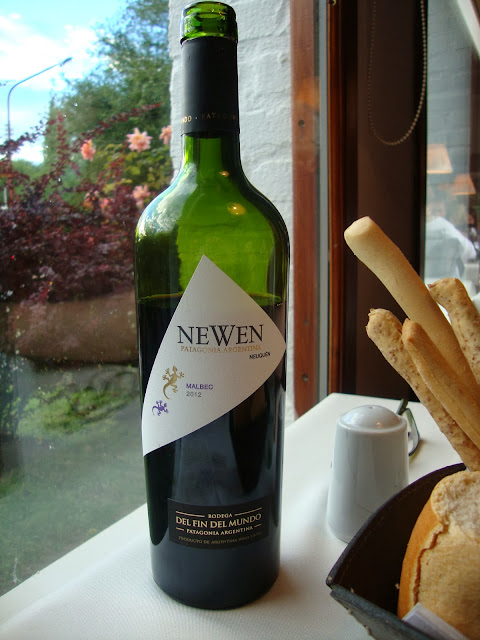 We visited about a year ago now, but the experience stays with me.  The restaurant itself has a slightly Alpine feel – but then the whole town of El Calafate does too, as if it were a French ski resort off season (where everyone speaks Spanish).  We went in the Argentine summer, but I imagine in their winter it gets a whole lot colder and snowier.
Patagonia is well worth the effort to get to.  Whether it's its broad, desolate landscapes, its majestic glaciers or its rocky peaks, that make it I don’t know – all I know is that it is just stunning.
- GrubsterBoy -
Posted by Grubster Boy at 10:03