Franco Manca is on the march.  Starting out in Brixton Village, this delightful little chain has exploded over the last year into a six-outlet group from Chiswick to Balham, from Westfield to Tottenham Court Road.  And, having sampled their pizzas, I have to say that I'm damn glad of it.
The pizzas are incredible.  The sourdough base is just divine, with sticky, burnt blackness on the base from having been cooked directly on the hot bricks of a wood fired oven.  You would expect the base – being sourdough – to be thick and heavy and chewy and it is none of those things.  It's somehow light, whilst having substance; somehow tasty whilst not overpowering the toppings.  This is what pizza dough should be like. 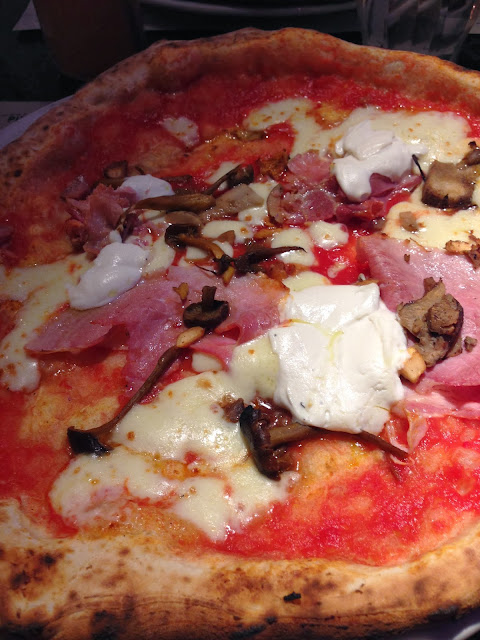 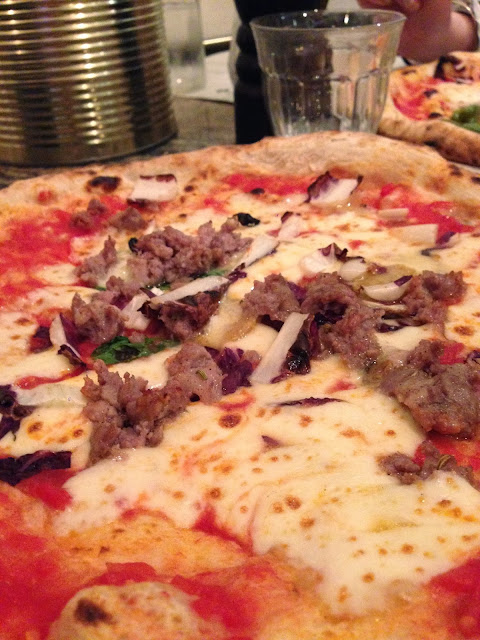 The toppings themselves are pretty ace too.  Sure, there's a run of the mill cheese and tomato approach, but they also do a variety of others, constantly changing and adapting them so you're never bored of the (admittedly relatively limited) number of options. 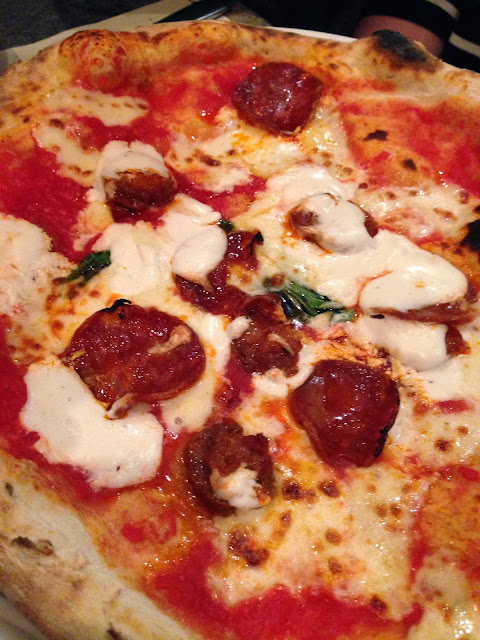 What's more, there are the specials.  Little GrubsterSister always goes for the vegetarian special (despite being a committed carnivore) because she says it's always so good.  GrubsterGirl and I both opted for the meat special, which was topped with fennel seed sausage and radicchio and other lovely stuff. 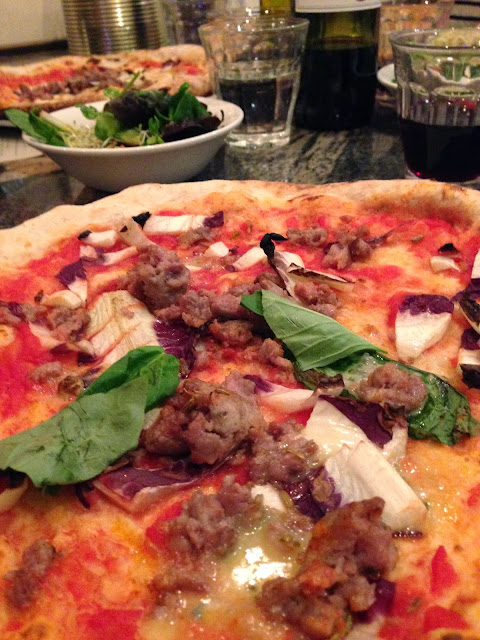 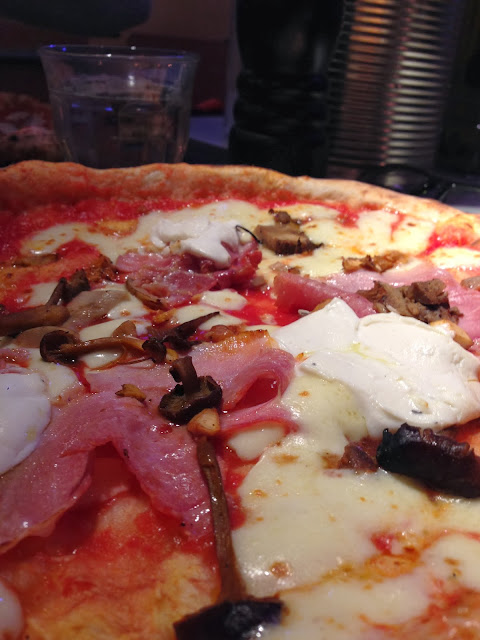 They don’t muck around with the extras, either.  Whether it's homemade Sicilian lemonade...

...a boring old side salad made far, far less boring by being ace... 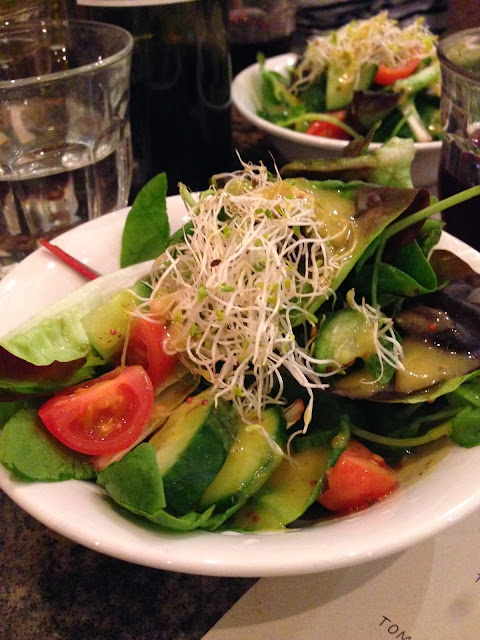 ...or quite possibly the largest, most epic, most day-glo olives I have ever seen. 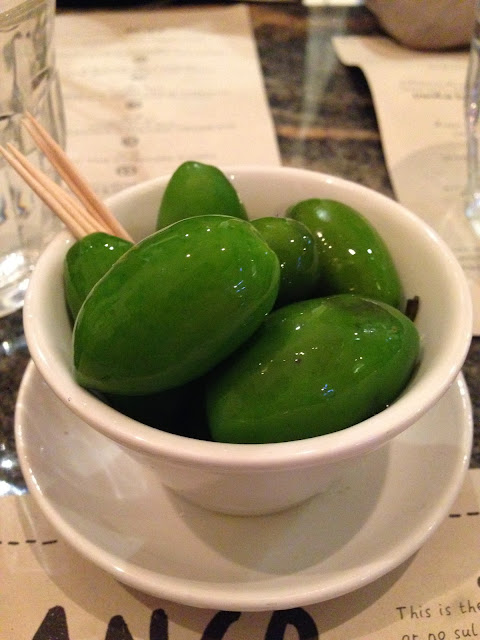