In the heart of Barcelona, off the main bustle of the Passeig de Gracia, where it meets Carrer de la Diputació, is a little tapas bar called Tapas 24.  And it's a right little gem.
If anything, from the outside it's understated.  But, then, inside it's hardly more glam - and you wouldn't want it to be.  Grab a stool, sit up at the counter, and let the waiters behind the bar bring you what you need. 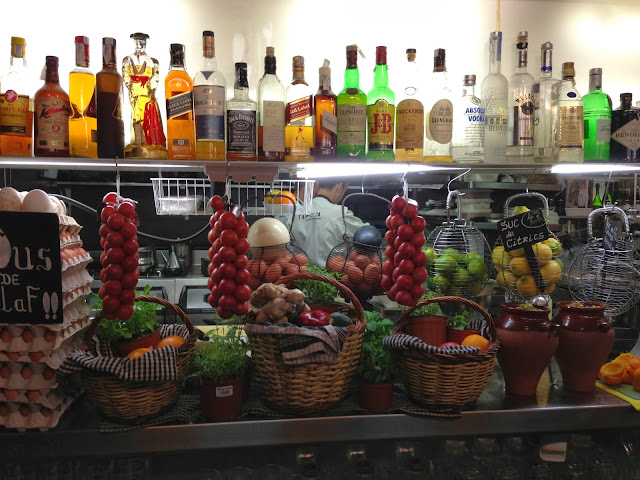 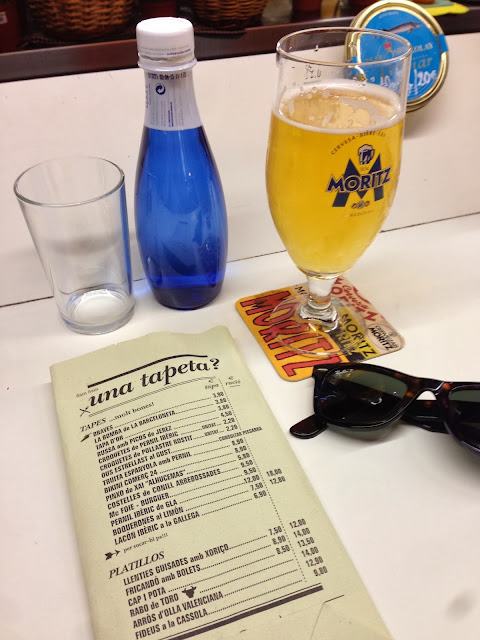 The menu is mixed, lots of bits and pieces, some predictably traditional (Croquetes de Pernil Ibèric), others less so (the 'Mc Foie' – a foie gras burger).   They've given the classic Bikini (better known as a ham and cheese toastie, or a croque-monsieur if you're being pretentious) a lovely little freshener by adding in some shaved truffle. 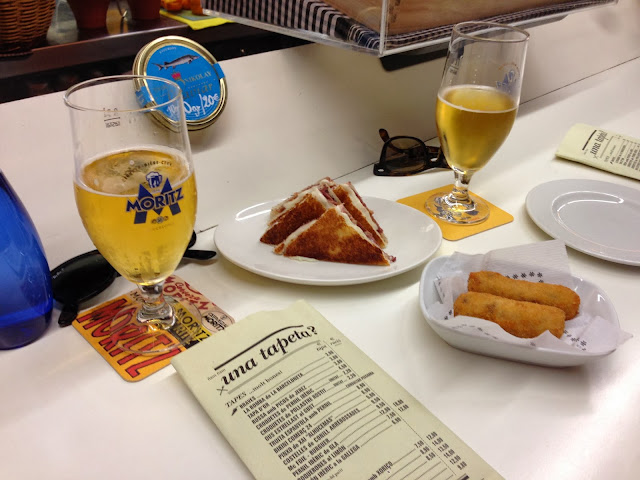 We also had the Ous Estrellats al Gust - smashed eggs with chorizo on patatas bravas.  Alas, not the highlight (although I'm reliably informed it’s a Catalan speciality), it was a touch greasy.  A sad abberation in an otherwise delightful meal. 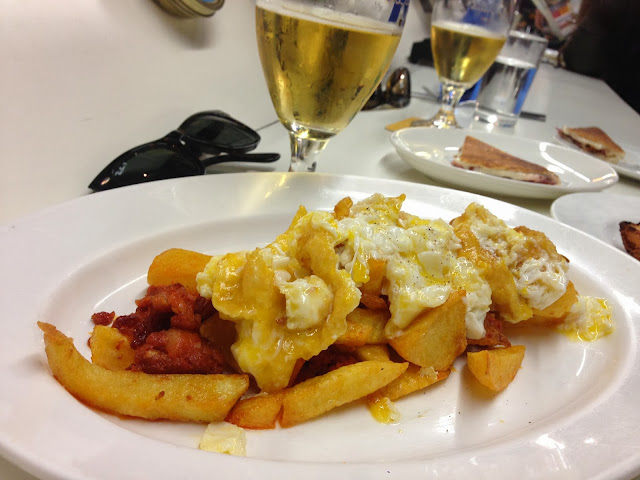 Pudding, however, was the highlight.  Absolutely amazeballs.  The menu (a mini blackboard, hung by our bench) was sadly completely in Catalan, but a helpful waiter tried to translate.  Eventually, he reached one entry:

That was all the encouragement we needed. 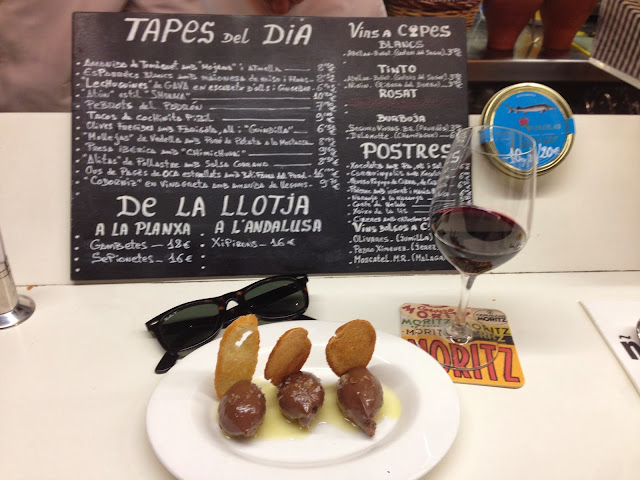 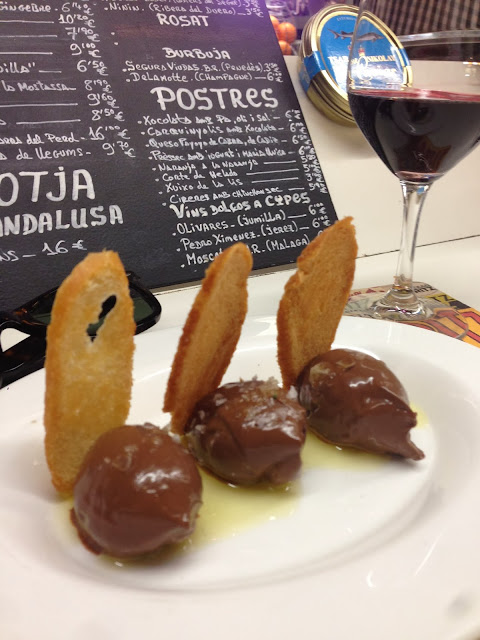 I've known sweet and salt to be an incredible combination for a long time, but this took it to a new level.  The addition of the olive oil – unexpectedly – was really quite remarkable, whilst the bread gave the little globules of rich, creamy chocolate goo a satisfying crunch.  Washed down with a glass of Pedro Ximénez, it was a very, very satisfying pudding.