Shakshuka is not something I've ever heard of.  In fact, I don’t think I would have heard of it now had it not been for my friend's boss moaning about hers.  Apparently, she had made one, stuck a picture on Instagram, and them been disheartened that it looked unappealing.
For the record, I checked out the picture, by the way, and thought it looked aces.  But, then again, it's basically eggs poached in a rich, spicy sauce – so what is there not to like?
It's very similar to Jamie's heuvos rancehros recipe – which I shall attempt again soon and enlighten you all with – but with a more Mediterranean / North African / Middle Eastern vibe.  It's a seriously scrummy brunch idea – there can be few greater treats than eggs and sauce on a lazy Sunday morning – but also works wonderfully as a supper treat.  Accompaniment-wise, it needs little more than a hunk of crusty bread, or some unleavened thing (as we did) to keep it happy – otherwise, it's a dish in itself.
This recipe is largely purloined from Yotam Ottolenghi, who seems to have forgone his usual style of listing 2,000 hard-to-source ingredients for otherwise simple dishes.
Ingredients:
x4 free-range eggs (Go for top quality – I know it's expensive, but it's also worth it – the eggs have got to be the star of the show in this dish.) 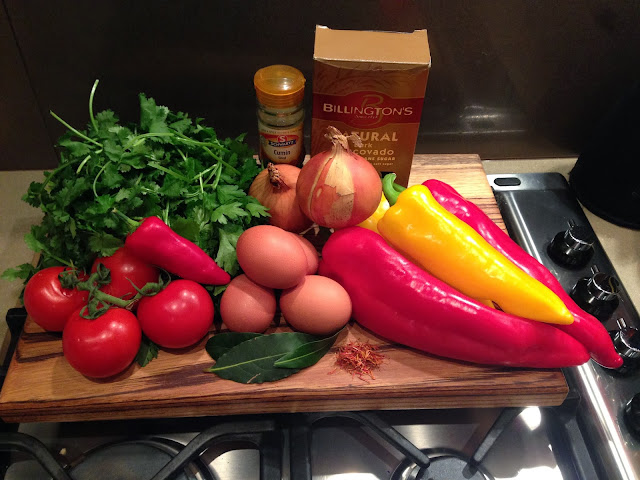 1. Slice the onions.  You'll need them ready for step 3.  Also, I recommend taking this opportunity to slice up the peppers into long, thin strips, finely chop the chillies, and chop up the tomatoes into big chunks.  Chop the parsley and coriander too. 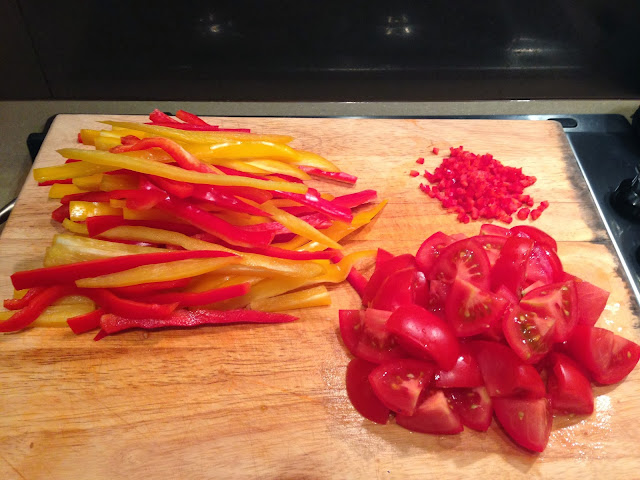 2. Dry roast the cumin seeds over e medium-high heat in a large, flat skillet – you'll need one with a lid.  Give them one to two minutes, no more, and stop them if they start turning black.
3. Add some oil to the pan and chuck in the onions, dropping the heat a bit so that they don’t brown too much. 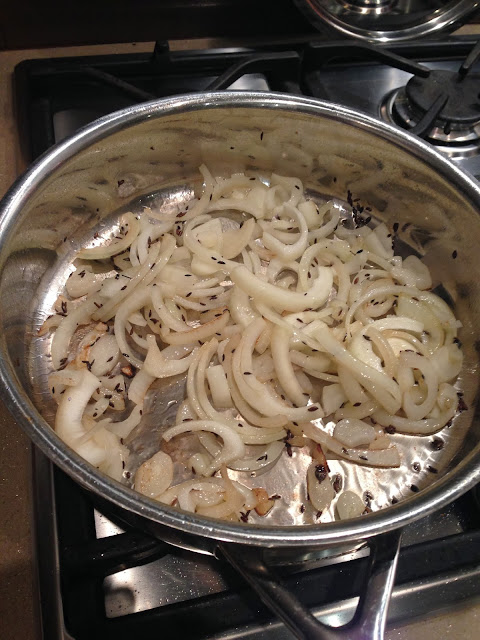 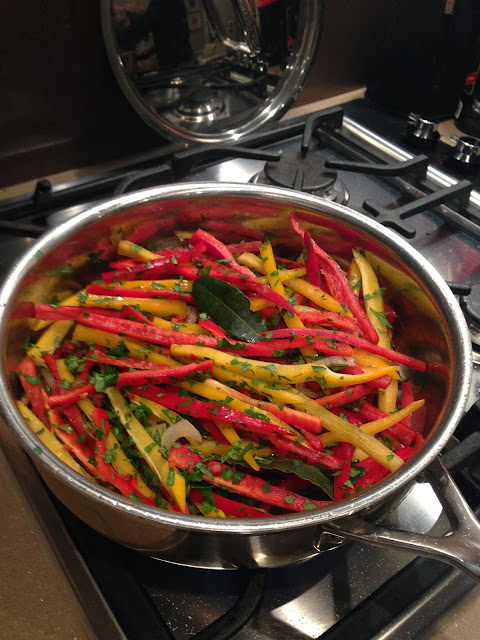 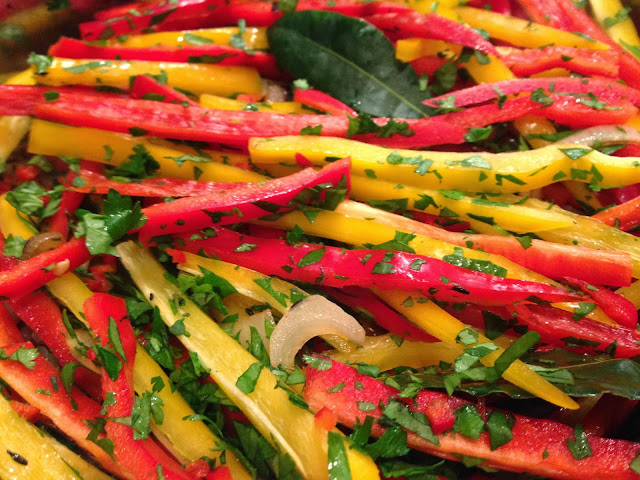 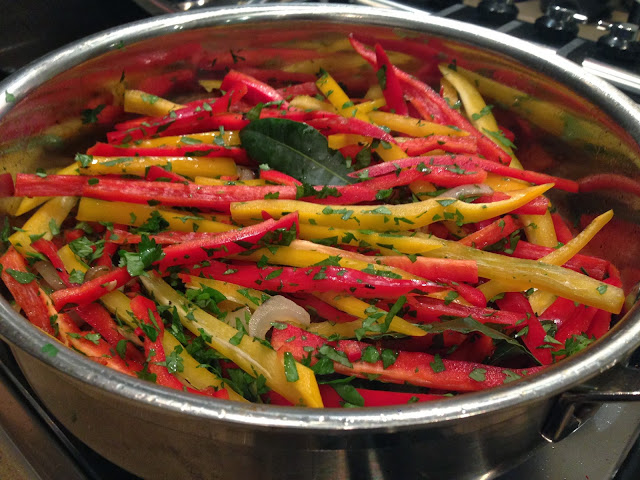 5. Throw in the tomatoes and saffron.  Season well. 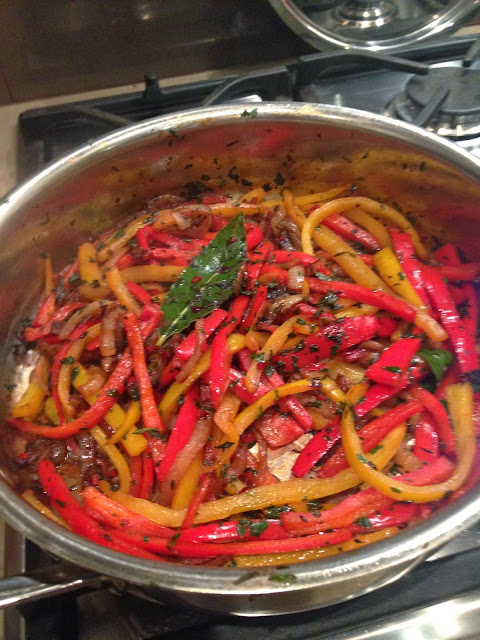 6. Keep it cooking for a bit, reducing the heat down so that toms collapse and leave you with a thick, unctuous sauce.  If needs be, add water from time to time – but it small quantities – to keep the sauce liquid.  Remember that you have to cook the eggs in this – so you want it like a tomato pasta sauce. 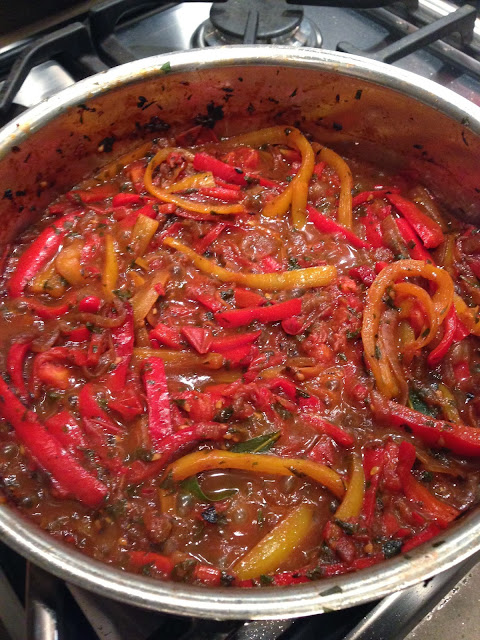 7. Once ready, turn the heat down so that the sauce is at barely a simmer.  Hollow out four little wells in the liquid, and (as quickly as you can, so that they cook all at the same time) crack each egg into its own well.  Put the lid on and leave for 8 minutes or so – lifting the lid at the end to check that they’re done.  What you want is for the white to be fully cooked, but the yolks still lovely and molten. 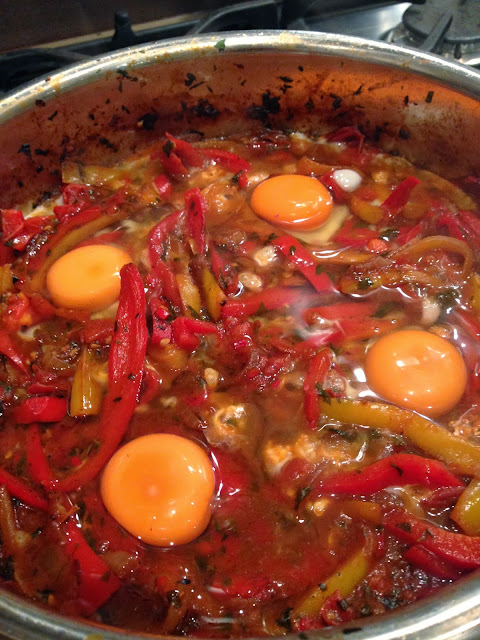 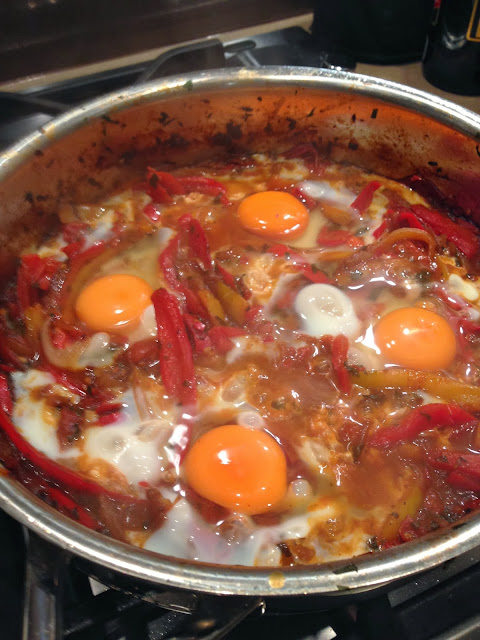 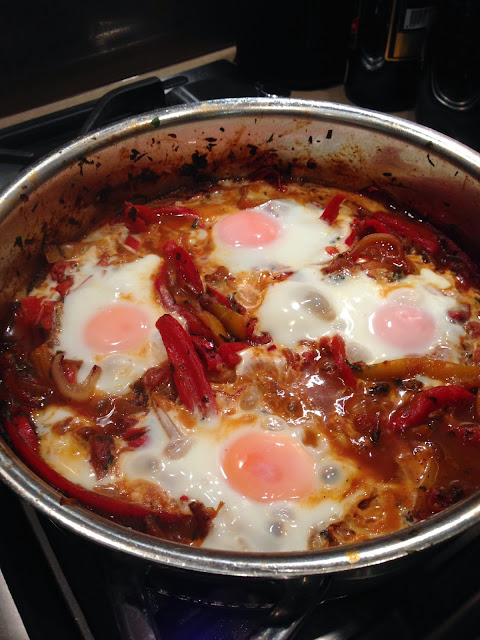 8. Serve immediately – don’t waste any time, as these puppies will keep on cooking in that hot sauce.  Crumble feta over the top and sprinkle on some chopped coriander.  Dunk bread and enjoy. 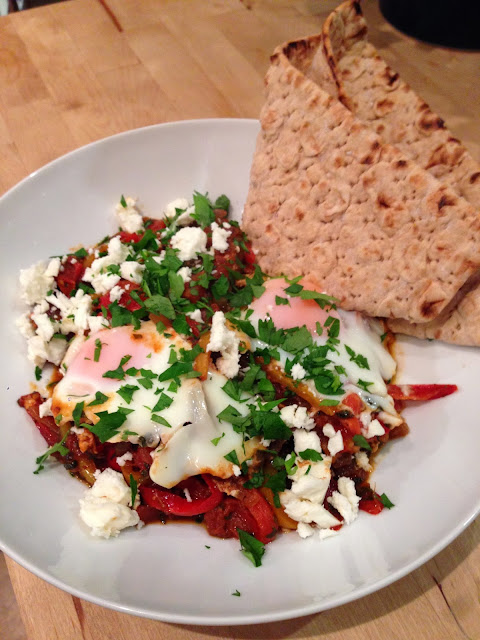