Courgettes were in season relatively recently, and GrubsterGirl's mummy grows them by the bucketload.  It's absolutely fantastic eating food that you've seen grown from seed in someone's garden – it's natural, fresh, exciting.  Really.

It's also free, and we tend to get rather a lot of it.  Not that there's anything wrong with that – I like lots of free food.

This is a good way of eating them – and it's really bloody easy, so a good one to throw together after a long, dull day at work.

x2 courgettes, decently sized  (turns out we didn’t get quite as many this year as we were anticipating...)
x4 rashers of back bacon
50 ml single cream
25g fresh parmesan (or a small handful, once grated, is probably an easier way to work this one out)
2 large eggs
Bunch of thyme
Black peppercorns
Pasta (rigatoni for me, but penne would work just as well)

1. Top and tail and slice your courgettes (or zucchini if you're going to get all American on me) lengthways, then slice further into diagonal half-moons.  Keep'em nice and chunky – they should soften up when cooked.  Slice the bacon into chunky stips.  This is a chunky dish, so fear not. 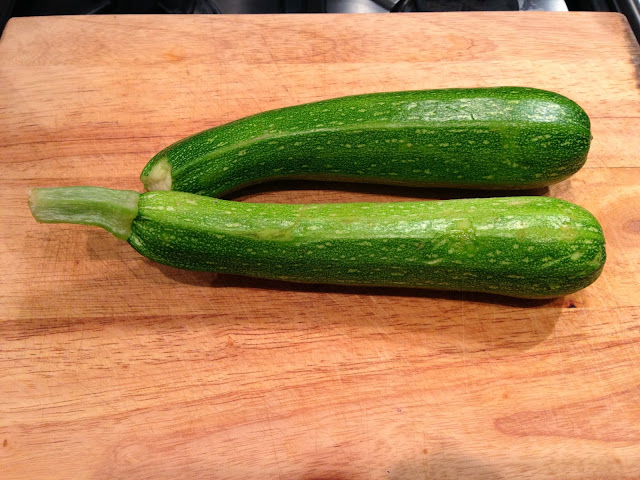 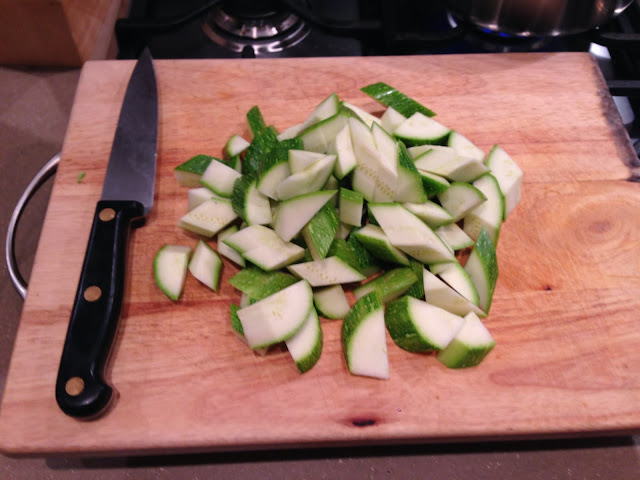 2. Separate the egg yolks from the whites.  Stick the whites in a bowl in the fridge to make meringues another day – you won’t be needing them here.  Add the parmesan cheese so that it looks a bit like a beard, to keep yourself entertained. 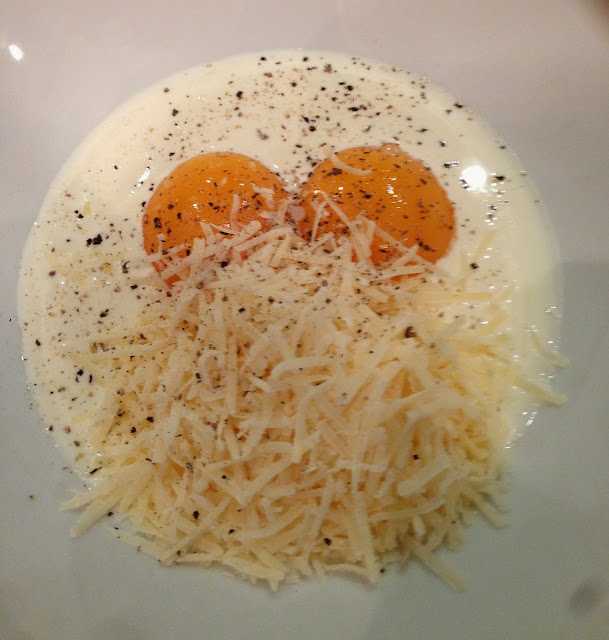 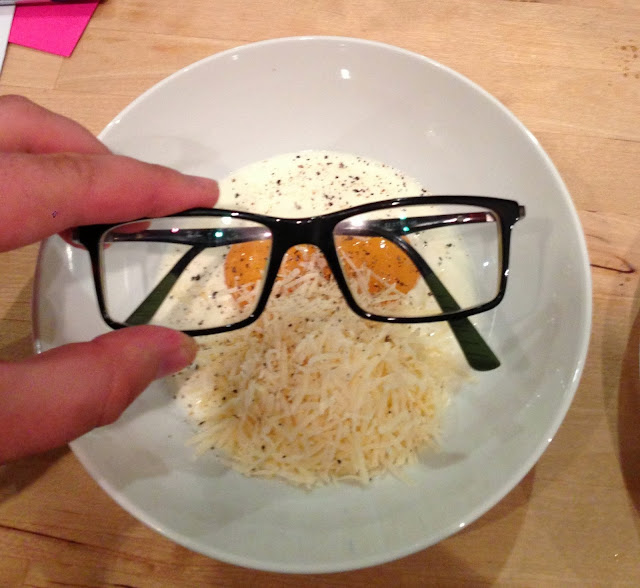 Add the cream as well, and mix it all up into a nice creamy sauce.

4. Get out your biggest frying pan, lug in some olive oil and fry the bacon until it's cooked and just starting to turn a little brown.  Turn the heat up all the way to the top and add the white wine - cooking it until it's reduced to a sticky residue.  Then throw your courgettes in there. 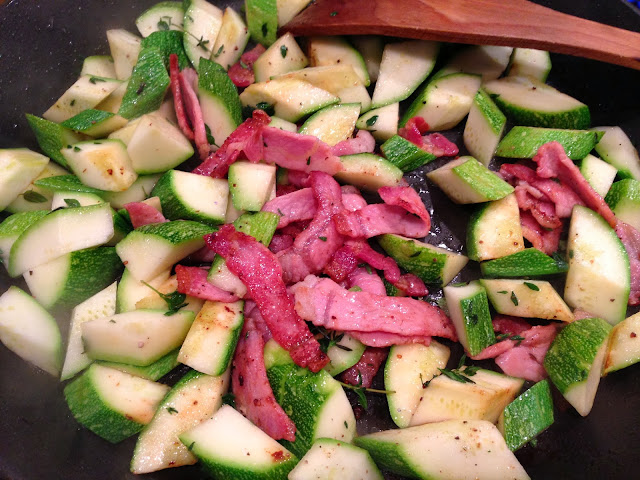 Add the thyme.  Smash up the black pepper in a pestle and mortar and chuck that in too.  You want to add quite a bit of pepper – enough to give it a fiery kick.  I actually used long pepper, which is an ancient and extremely aromatic pepper, which you should track down if you can.  It has a sweet, musky perfume to the flavour that really adds something to the dish. 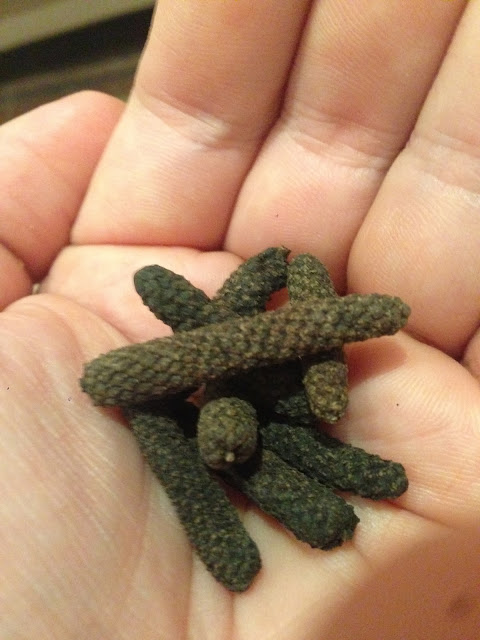 Long pepper comes in gucci little catkins, and I used a couple for this dish.  It was the first time I'd tried them out, so was a touch nervous, but you could go for a third if you wanted something with real punch.  Just be wary of drowing out the other flavours.

5. Get the pasta on now.  When it's done, the courgettes should be pretty soft.  If they look like they're getting soft too soon, you can always turn the heat right down – or even off – and reheat at the crucial moment. 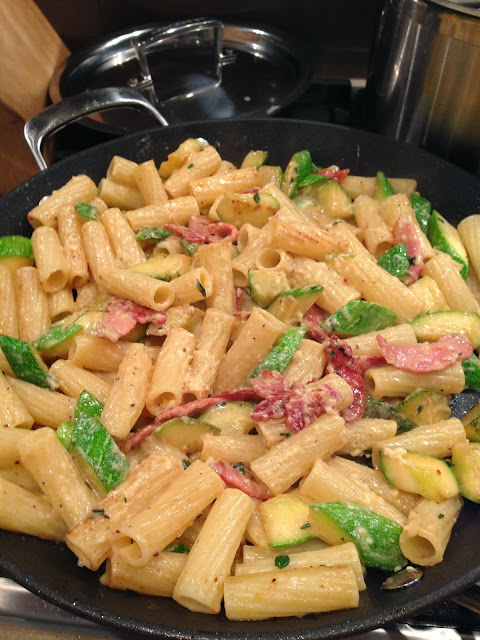 Serve immediately with grated parmesan (if you like).  Don’t muck about – this is not a dish that is improved by being tepid.