The City of London Distillery

Tucked away down a little alley off Fleet Street is the City of London's first gin distillery since to be opened since the last one shut up shop in 1825. 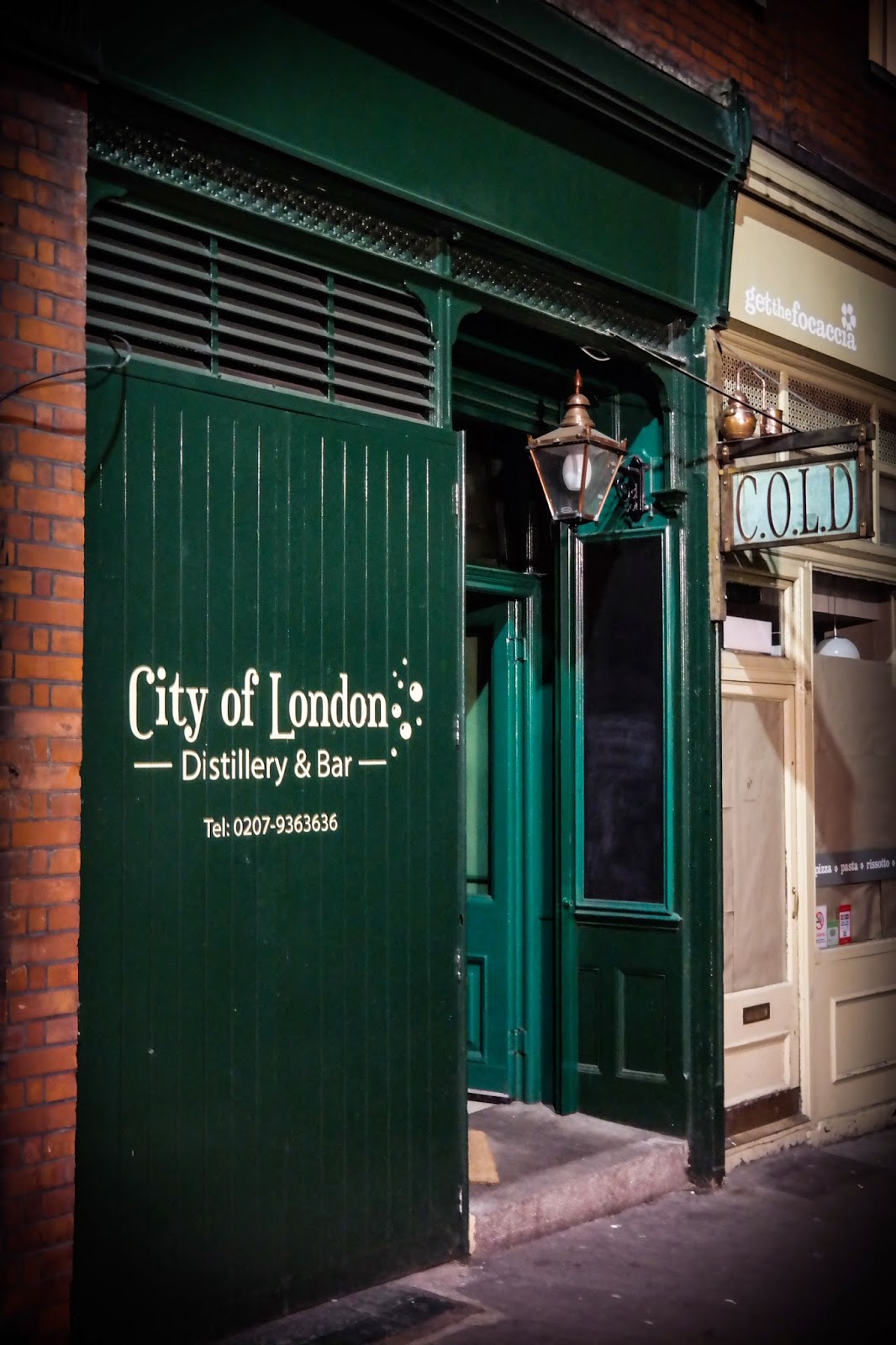 Now, the last time I went to The City of London Distillery, or "C.O.L.D." as they like to brand it, was some time ago and before it changed hands.  Back then it basically ran a fantastic concept of re-imagining the venerable gin and tonic: Umpteen different gins, as many matching tonics (yes, actually – multiple different iterations of a drink I had previously believed to come only in one, Schweppes-esque form) and varying garnishes – each G&T served either English style (highball) or Spanish style (big, balloon-like wine glass).  It worked really well – and gave you the opportunity to try a drink we all know like the back of our hand in a new format.

Since then the bar has been acquired, taken over and revamped.  I was expecting big changes.

Fortunately, there were few to be seen – the bar space is exactly the same as it was before, dark and cozy, low ceilinged but spacious, full of comfortable sofas and leather wingbacks, as well as a few more conventional tables.

The bar still stocks its mind blowing array of gins. 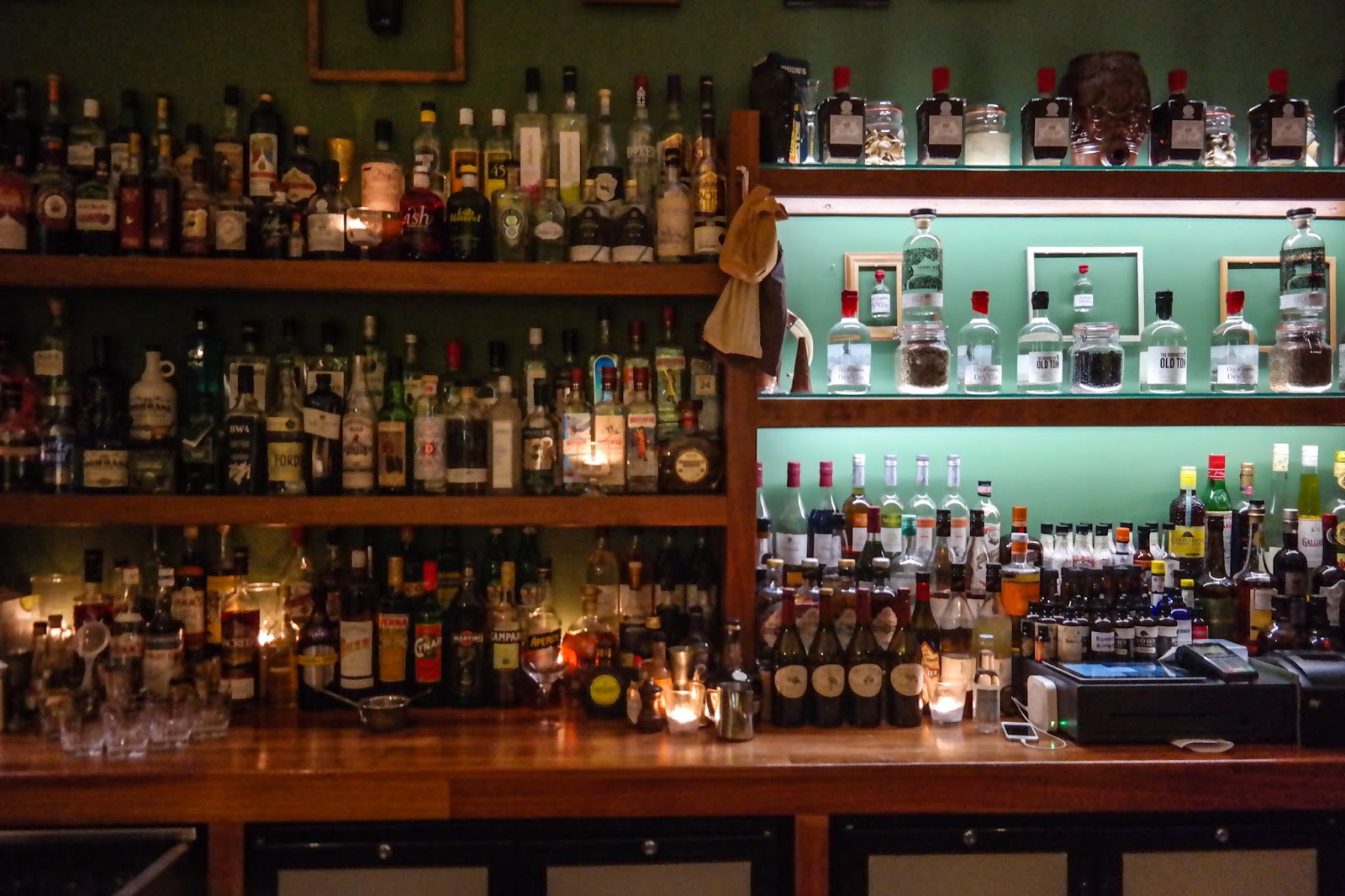 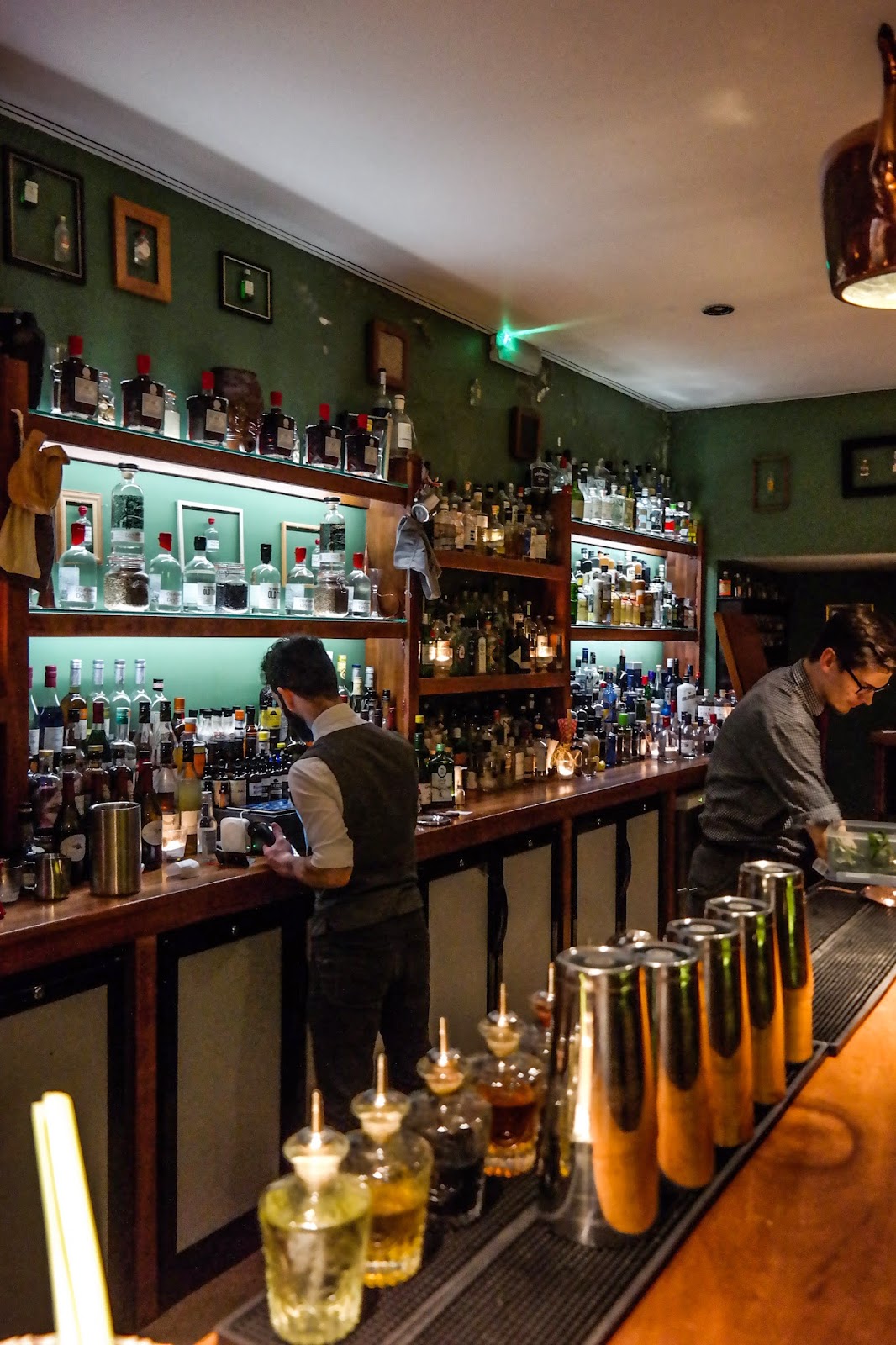 And in the corner are the two wonderful stills, there waiting to brew up the next batch of The City of London Distillery's award winning gin. 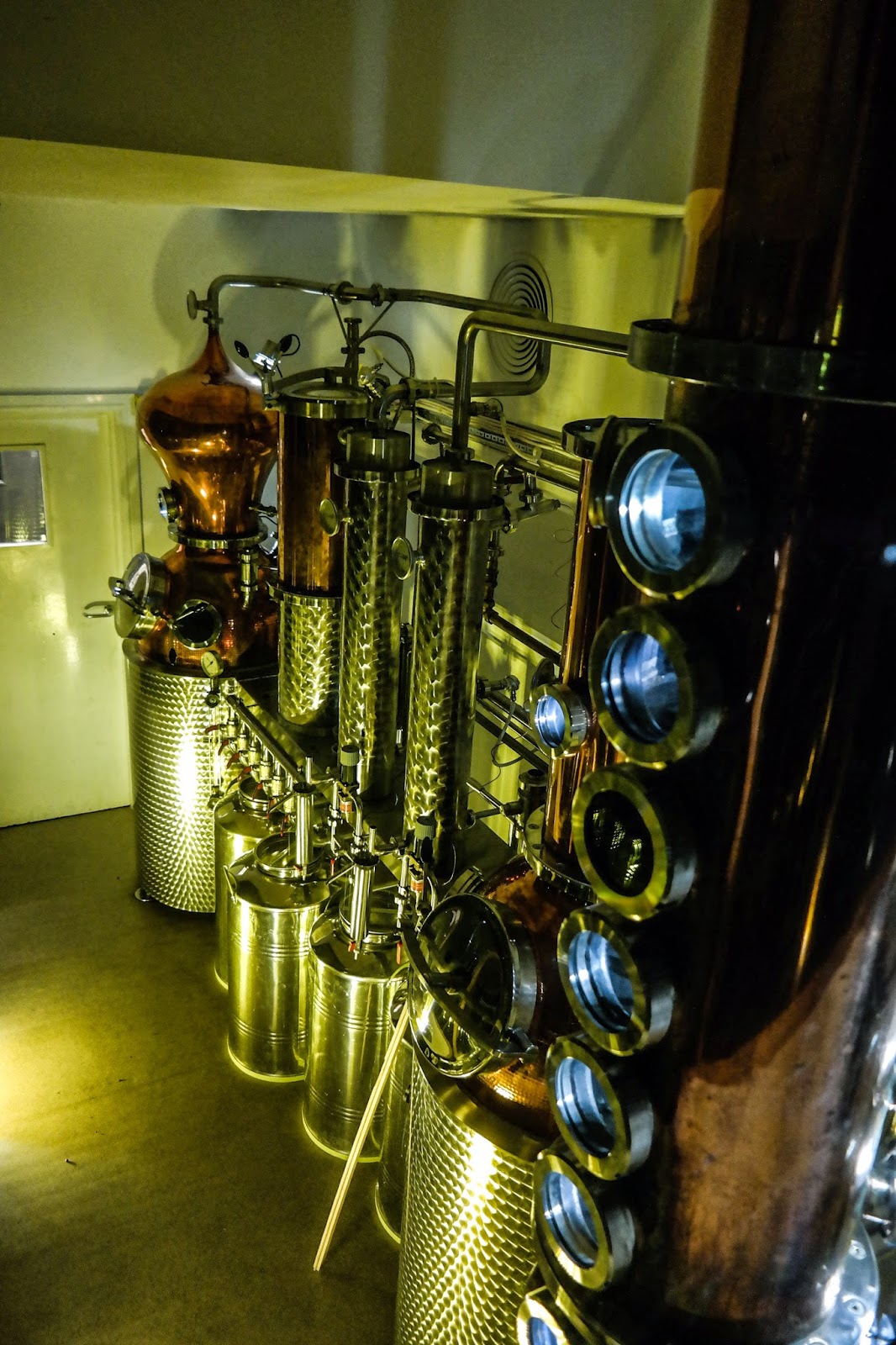 But the bar list, sadly, has changed.  Gone are the G&T creations, and in have come the cocktails.  Now, I love a good cocktail, but I loved the concept of the old joint even more – it was unique, special.  It seemed entirely right that the only gin distillery in the City should be encouraging its patrons to drink gins with tonic in a new and exciting way.  My worry was that the new management had simply swapped out the imagination of the old menu with a lazy cocktail menu serving solely their own brew.

I need not have worried.  Sure, it's a cocktail menu.  And sure, every single drink is punctuated by The City of London Distillery's own gins.  But none of that is a problem if you absolutely nail it.  Which I'm glad to say they have.

My friend, Ravi, kicked off proceedings with a COLD Distiller's Martini.  A very sound choice, I think there are few better ways of taste-testing a gin than drinking it as a martini, so uncompromising is it as a drink, with nowhere for the gin to hide. 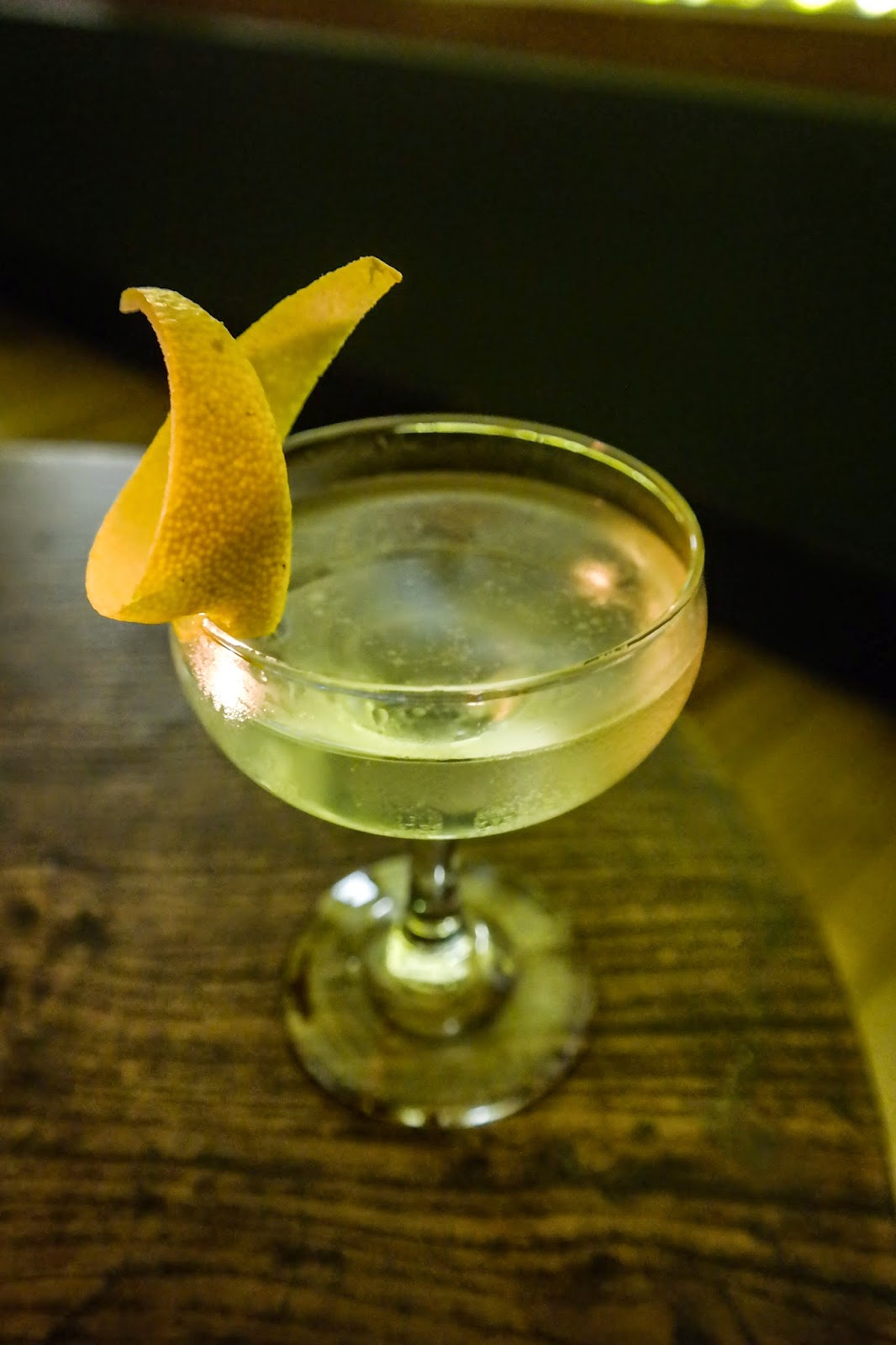 The City of London Distillery's version contained a dash of bitters (I approve, for the avoidance of doubt) and was very dry (again, good) whilst still being light – as Ravi put it: "you feel like you could drink a lot more of them" (again, definitely, good – albeit risky).  A solid start from COLD.

Given Ravi's purist start, I had to explore a similar vein - a Martinez.  If you've not heard of the Martinez I wouldn’t let that bother you, it's not that well renown despite the resurgence of classic cocktails.  It's said to be the predecessor to the martini, although it's a lot more complex, first appearing in popular vernacular sometime between 1860 and 1880 and said to be the 'missing link' between sweet cocktails (e.g. the old fashioned, the Manhattan) and dry cocktails (e.g. the martini). It absolutely demands the sweeter notes of Old Tom gin – or even traditional genever (the Dutch predecessor of the gin we know and love) if you can get it - and is to be mixed with the red martini, not the drier white. 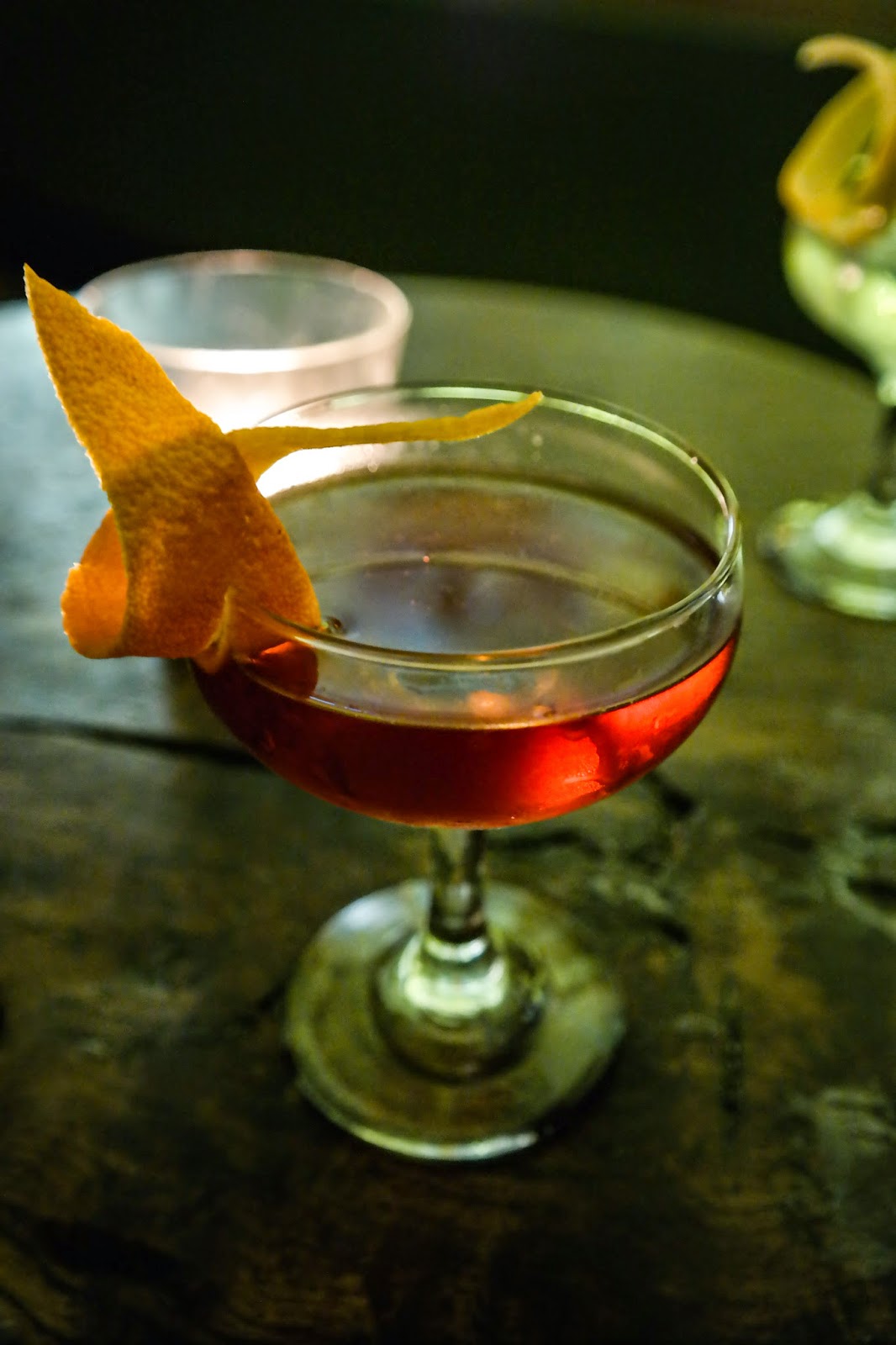 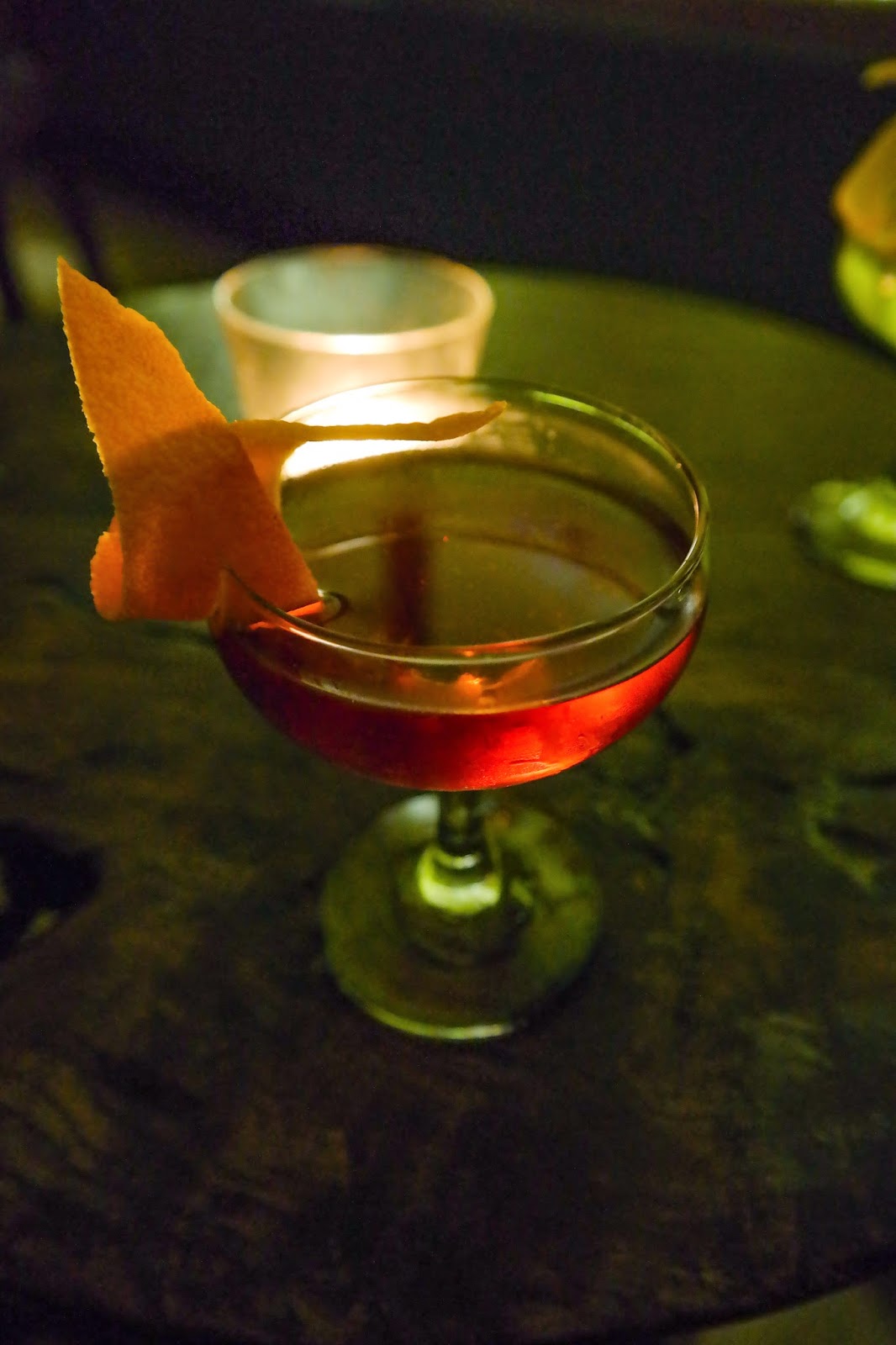 COLD's version combines two red vermouths – Cocchi's Vermoutb di Torino (red berries, menthol, herbs and spices) and Punt e Mes (bitter, quinine), as well as maraschino liqueur and bitters.  The effect was a slightly medicinal taste, albeit refreshing - although I can see why, at least as a pre-prandial – the martini outlived the Martinez.

Round two: Ravi went for the Sunflower – a cocktail I believe created by Sam Ross, mixologist at New York's Milk & Honey, Little Branch. 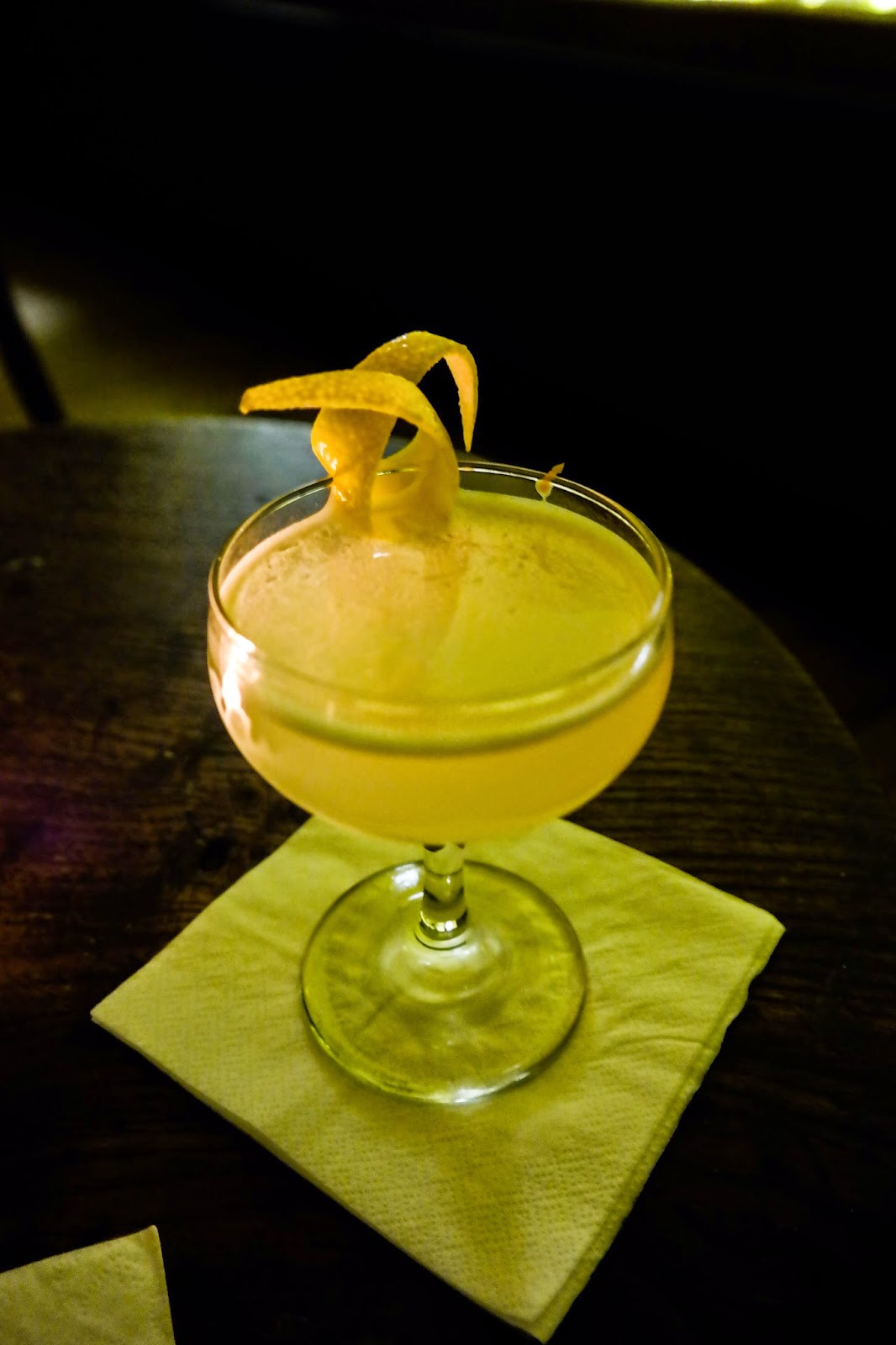 It's a curious mix – London dry gin (although ross originally uses Plymouth, I expect there's not too much to choose between them), lemon, St Germain (elderflower liqueur), Cointreau, absinthe.  Not a list of ingredients I would usually jump at, it was nevertheless marvellous.  A real zinger, both sharp and sweet, it was almost sherbet like, as if it were effervescent without actually having a single bubble in it.

My final drink was the COLD Fashioned.  Those who know me know I will always, whenever I can get my hands on one, order up an old fashioned.  I just love the things.  So I couldn’t really pass this up, being a mix of London dry gin, whiskey syrup (good innovation there, I like it), Angostura and house bitters and cucumber. 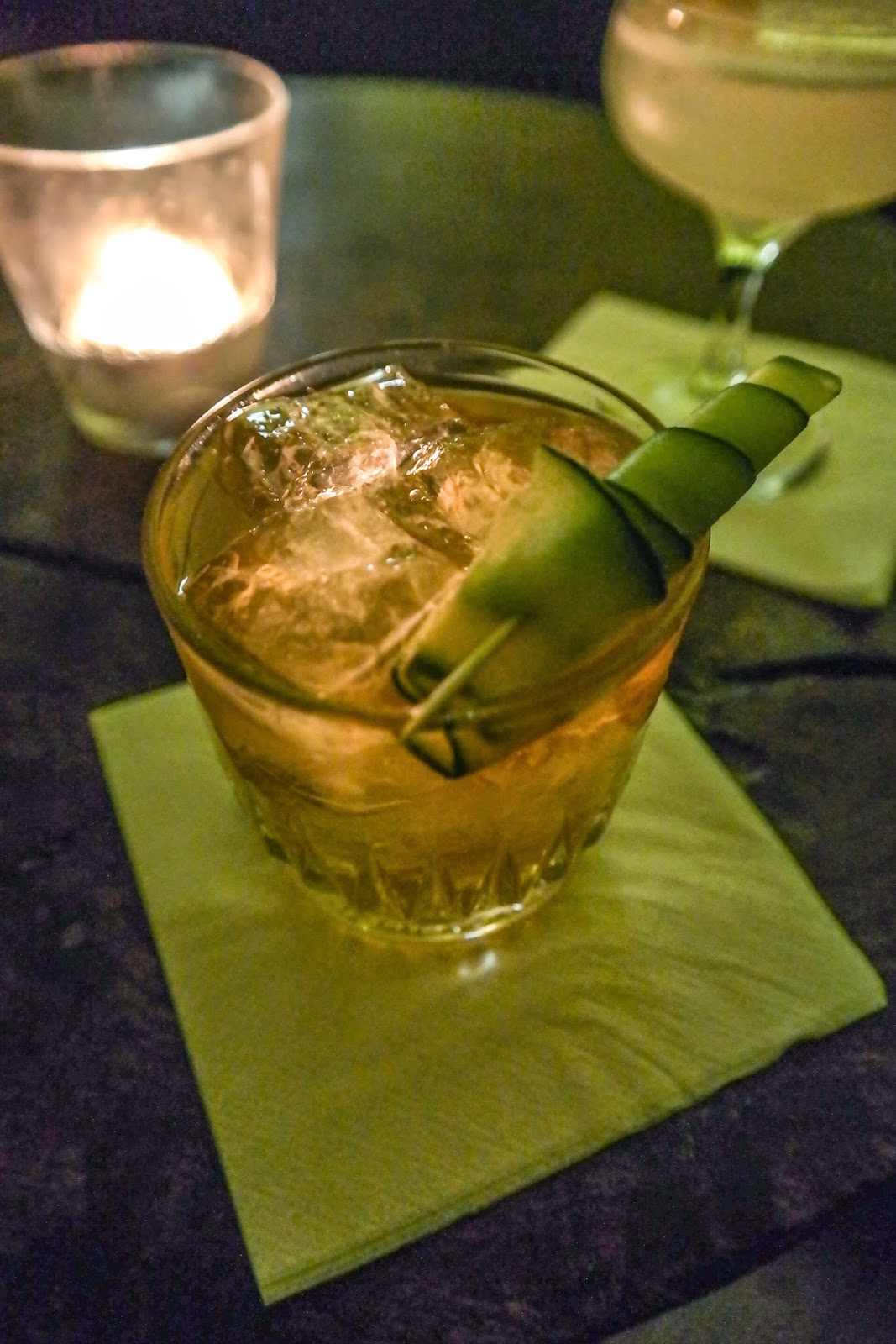 This was amazing.  I loved it.  It was hardly like an old fashioned at all (except the whiskey syrup did peek through) but was nevertheless fantastic.  It was strong but palatable, with the cucumber roaring through and complimenting the gin perfectly.  My only slight criticism is that it veered towards being too sweet – a slice of lemon might have balanced it more perfectly.  Otherwise, top marks.