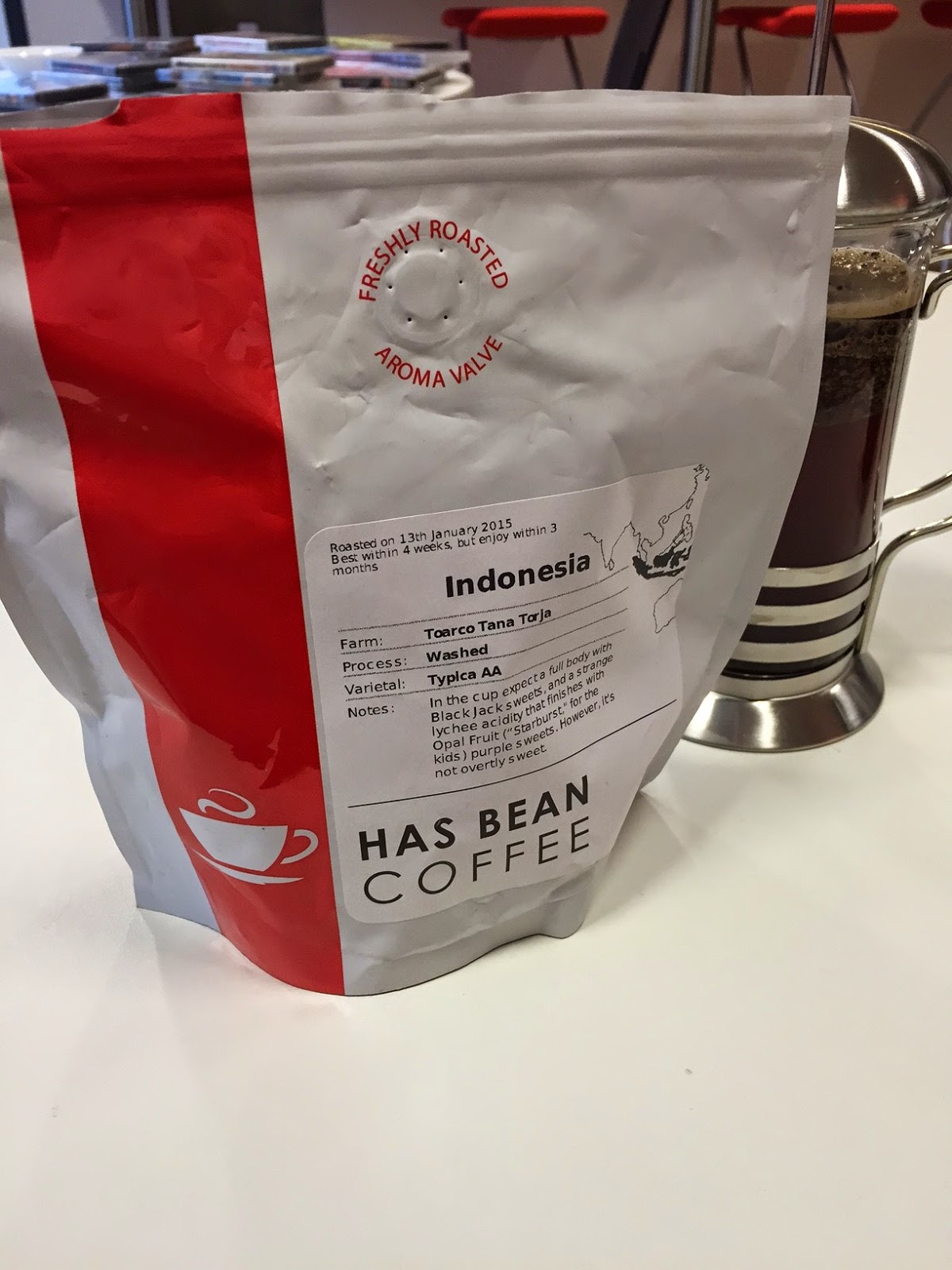 One of our ongoing coffee debates is the 'acidic' coffee.  All the rage these days, acidic coffees are those roasted a little less than is traditional, to allow the fruity, sharp flavours of the bean to remain in the final brew.  There are those who love this, and those who hate it.  There's a terrific Jay Rayner article out there where he goes into this trend in some detail, noting (with some understandable confusion) that this sourness is meant to be there, and stating, of the myriad coffees that now taste of non-coffee flavours like Earl Grey tea, "If I wanted something that tasted like Earl Grey tea, I'd probably just have a cup of Earl Grey tea".

I'm with Jay on this one.  I like my coffee to taste of coffee, not lemon zest, not ripe summer berries, and certainly not Earl Grey tea, which IMHO is pretty gross on its own.  I'm not alone in our little club either.  Another panel member, David, said "It just really depends what one wants to get out of the coffee club. For me, it's about having a nice cup of coffee; for others, it seems to be about finding a coffee bean that tastes like different varieties of fresh fruit."  David insists that he's not saying the others are wrong; I am not so sure.

All that aside, it's not so bad this brew.  Our resident wordsmith, @jonnyolly, described it as "like a child's smile - cheerful, sweet and honest" (I won’t deny that I find there's something creepy about that description).  He was a big fan, but then his tolerance for acidic coffee is higher than most of the rest of the panel.  The brew was popular with panel member Emily as well, who said she was a "big fan" and described it as having "warm dark chocolate and roasted hazelnut undertones with a refreshing lift of exotic fruits".  Even our resident acidic-coffee-hater, David, conceded that this was an acidic coffee that wasn't so much contrary to his tastes, describing it as having "fruity notes [that] don't overpower and destroy the coffee taste" and that "it's coffee rather than warm lemon juice".

On the whole, I felt that it was alright – not my favourite drop to date, but far from the worst.  There is a slight acidity coming through, but it still remains a good morning brew.  I just felt that there was an element of complexity that was missing – a slight tendency to be unexciting.  Still, at that price, I cannot deny that it's an absolute steal.