OK, these are ridiculously easy and very likely to make your guests think you are a genius wünderchef of epic proportions.  They're the perfect accompaniment to blue or strong, mature hard cheeses – I'd personally go for something a touch lighter with a stinky soft cheese, but they still work (trust me, I've tried).
There's also a terrifically simple selection of ingredients:
150g porridge oats
150g coarse oatmeal
1tsp coarse ground black pepper
½ tsp salt
75ml olive oil 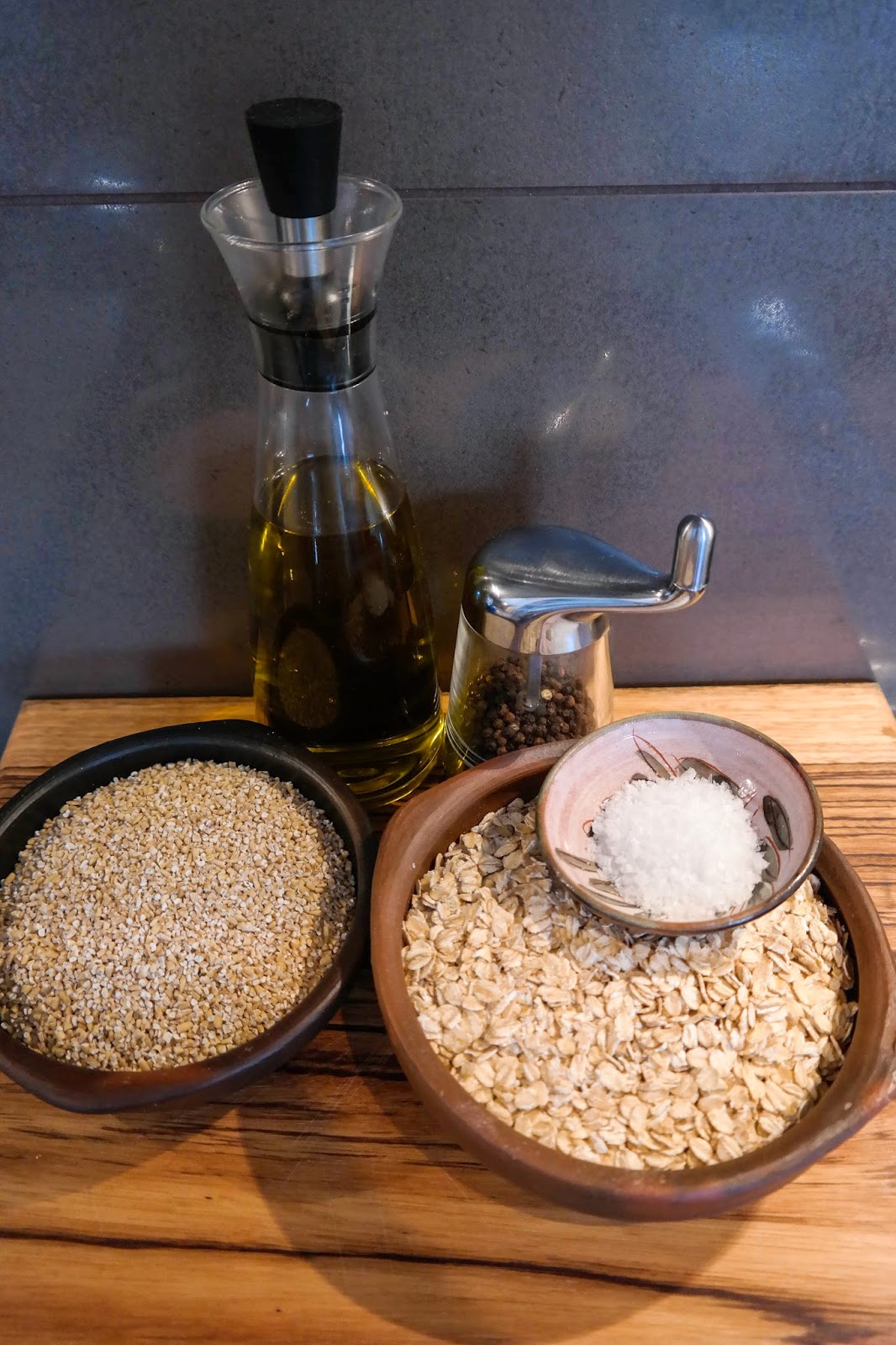 Use a good olive oil but not your best - you don't want the taste to come through.


On the porridge oats front, don’t use these.  They're Sainsbury's TTD big, crunchy rolled oats.  They make fantastic porridge but terrible oatcakes – they're just too rough.  Go for a much simpler (and often cheaper) porridge oat – the graininess you need comes from the oatmeal. 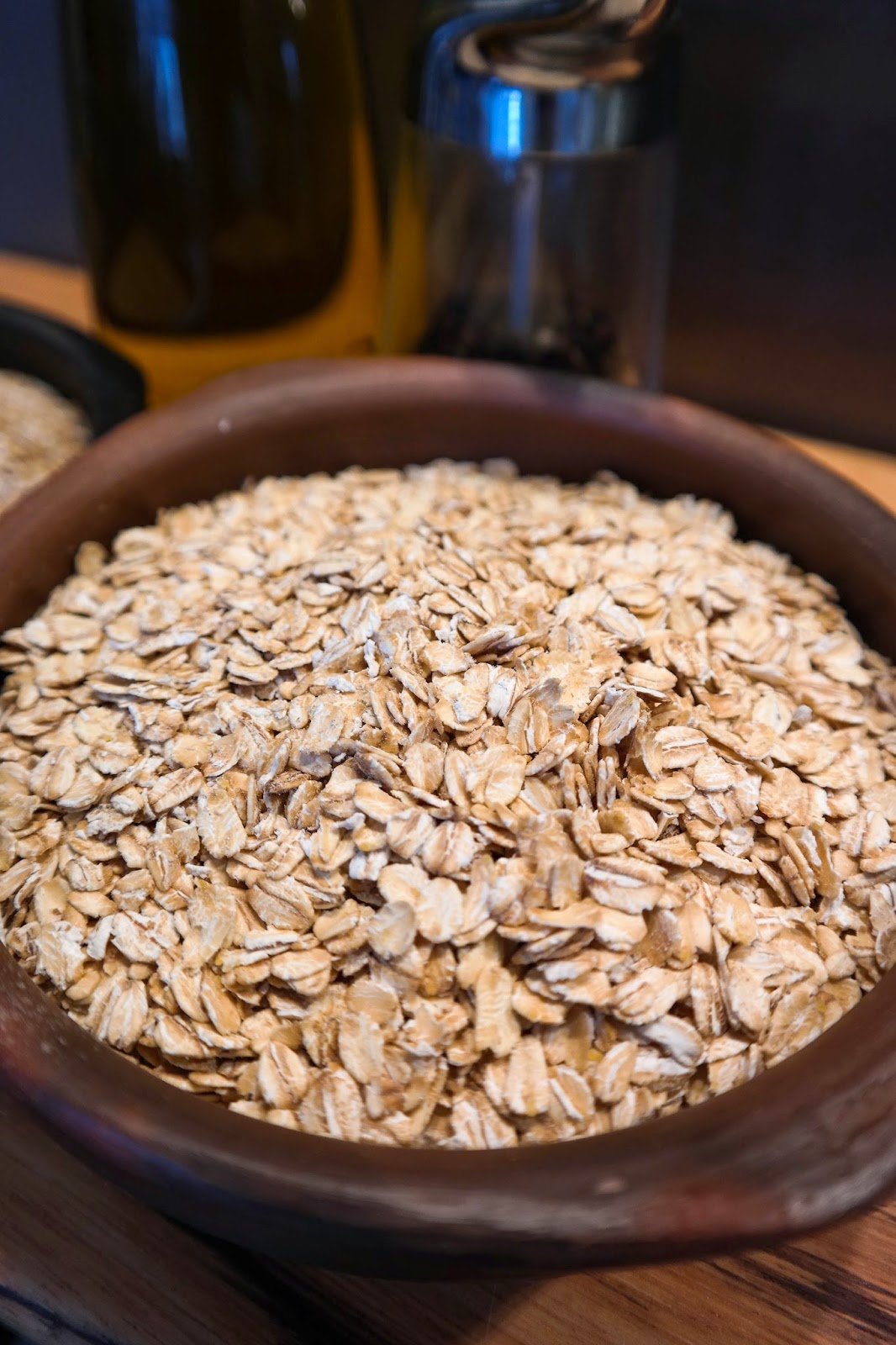 Because we're not America, oatmeal can be difficult to get hold of over here – especially of the coarse cut variety.  However, Holland & Barrett sell it.  This recipe produced grainy, crunchy, chewy oatcakes, which is how you ought to like them.  If you don’t like them like that then (a) just use a fine milled oatmeal; and (b) you're weird. 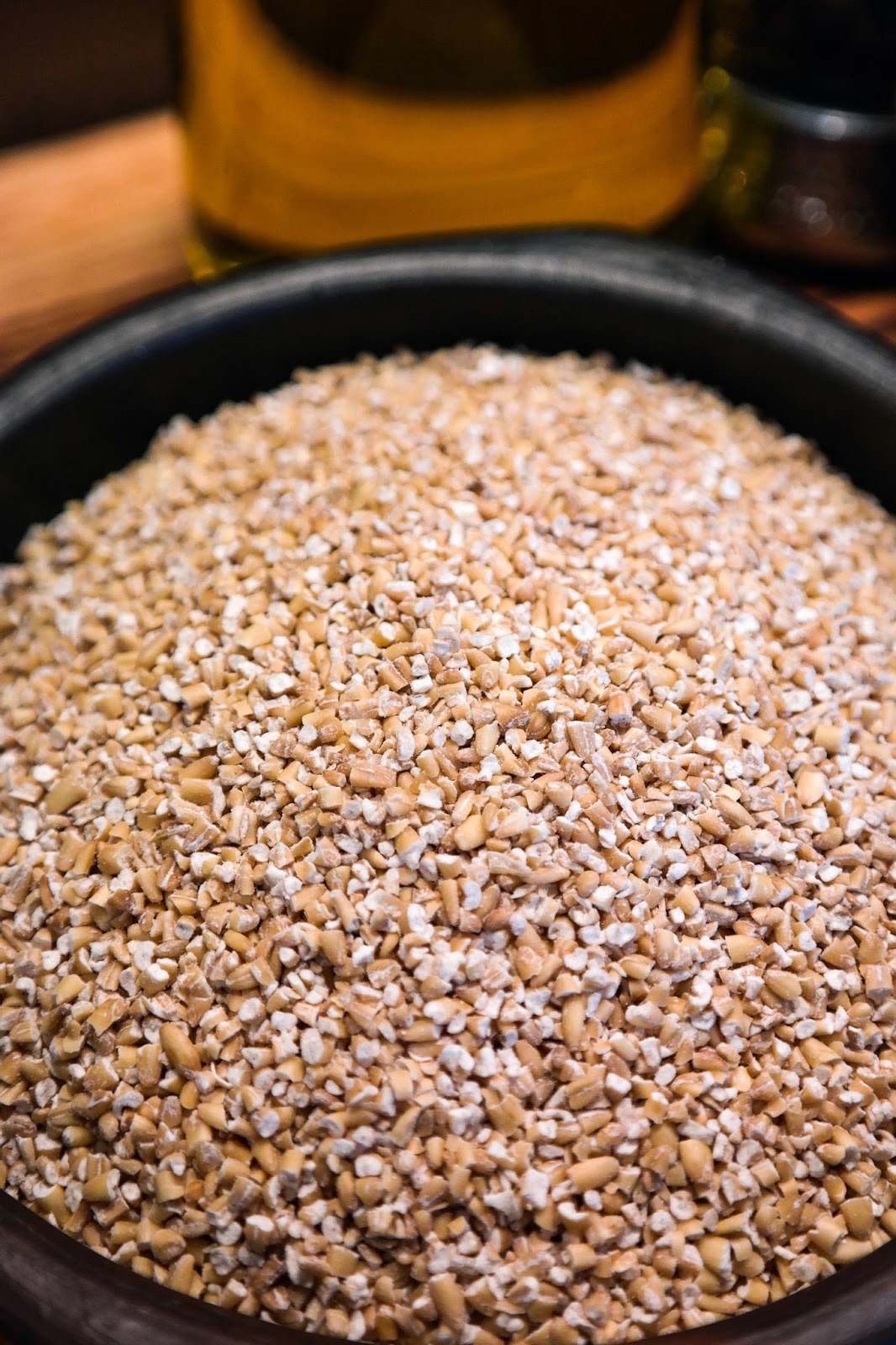 Get out a big bowl and mix the porridge oats, oatmeal, salt and pepper altogether.  Add the olive oil and stir.  Then add about half a cup of boiling water to the oats and mix them up.  Keep adding water bit-by-bit until you get a sticky dough (but not a porridge – although this can be rectified by the judicious application of more oats).  If you find here that it's just not becoming a dough – probably because you've refused to heed my advice and used really good porridge oats – you can stick half / two thirds of the mix into the blender to make it finer.  Of course, then you'll have to clean the blender. 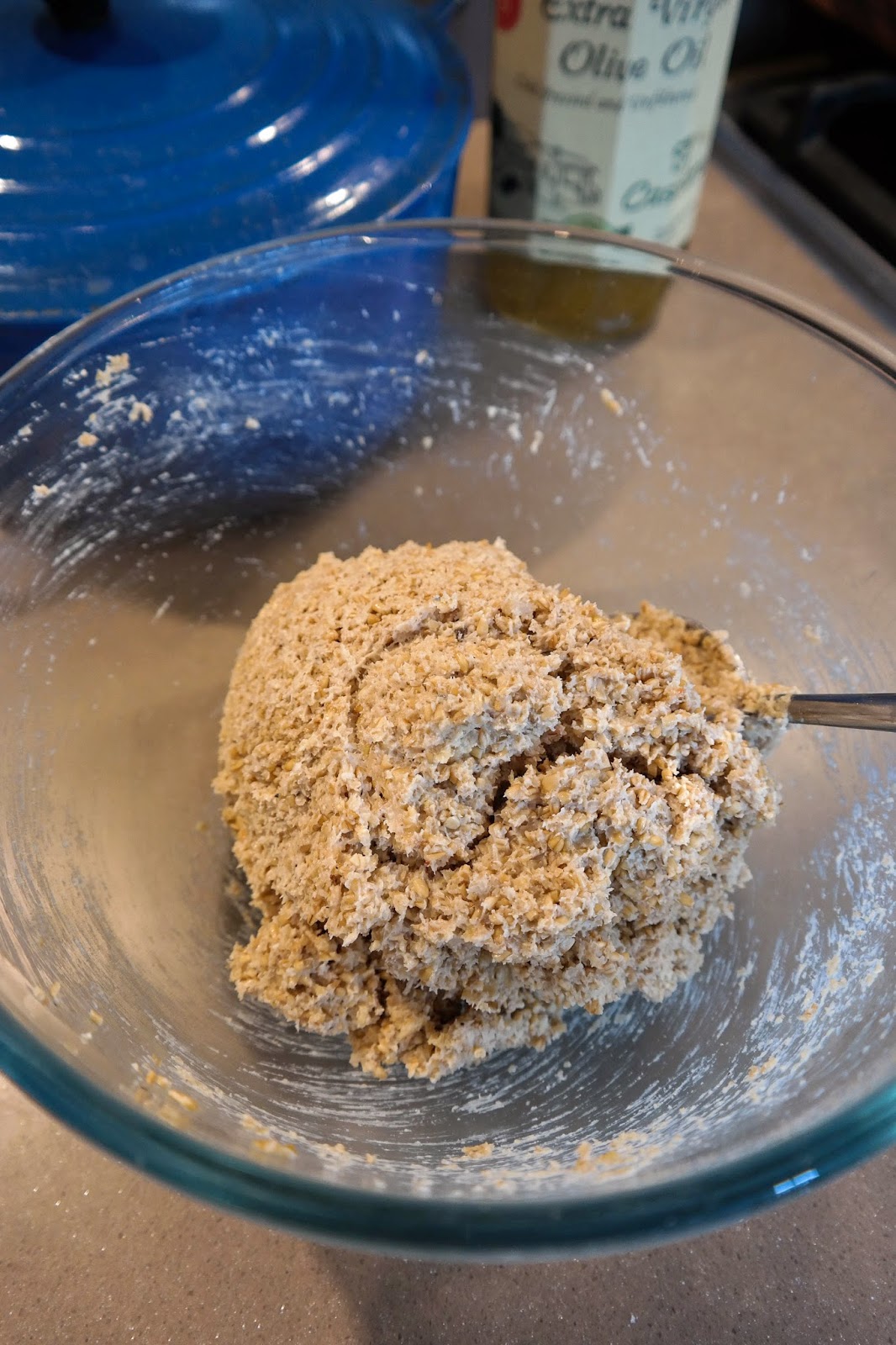 Next, flour the work surface and roll out the dough.  You want it as thin as possible (although beware: this is an ultra-sticky dough, so too thin can mean you can’t get it off the worktop without it tearing into tiny fragments).  Cut into the shapes you want and stick them onto a non-stick baking tray.  I found that flouring the baking tray was an utterly useless exercise, and in the event the finished oatcakes didn’t stick in the least.

Get them in the oven and bake for 15-20 minutes.  You want them to end up a soft golden brown.  A family friend who used to make oatcakes finished them off in a frying pan or a griddle, to give a little black charring around the edges.  If you don’t think life's too short, then why not give this a go.  I didn’t. 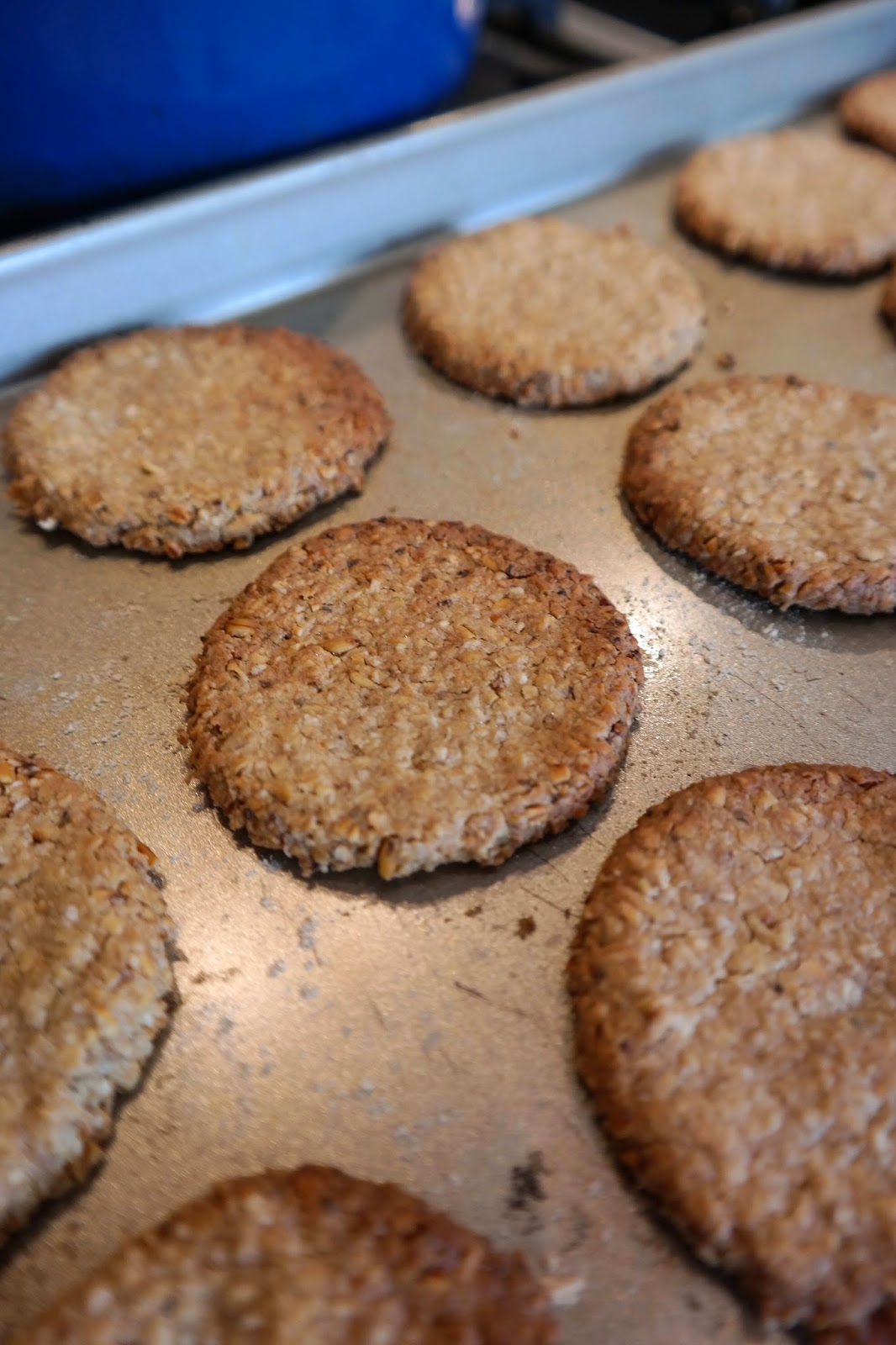 And that's just about it.  You see?  Easy peasey oatcake squeezy.  Or something like that.