Brunch at the Gilbert Scott

I was slightly saddened, some years ago, when it was announced that the Eurostar would no longer be leaving from Waterloo, but would instead depart from a much-pimped out St Pancras; the little irony of the train to France leaving from a station named after Britain's greatest military victory over said country always tickled me, somewhat.

Nevertheless, the renovation has been spectacular, producing a first-class international station.  But, for me, the greatest achievement has been the conversion of the former railway offices into the (rather unimaginatively named) St. Pancras Renaissance London Hotel.  Formerly the Midland Grand Hotel, before its sixty-plus year stint as offices, this has got to be one of the most beautiful buildings in London.

It's also the home of Marcus Wareing's latest venture, The Gilbert Scott.  In search of a suitable birthday venue, GrubsterGirl and I headed down for a spot of brunch.

Proceedings were kicked off with a round of Bloody Maria's: all the usual Bloody Mary ingredients (an essential for brunch, I feel) with the innovative substitution of vodka for tequila, and lime taking the place of lemon.  Very tasty, and a guaranteed eye-opener.  Lots of people have an aversion to tequila, doubtless obtained through countless nightclub slammer experiences, which I think is often unfair.  Here, the addition of tequila really works – which is hardly surprising when you think that Mexican's often chase the stuff with sangrita: a medley of tomato, orange, lime and green chilli. 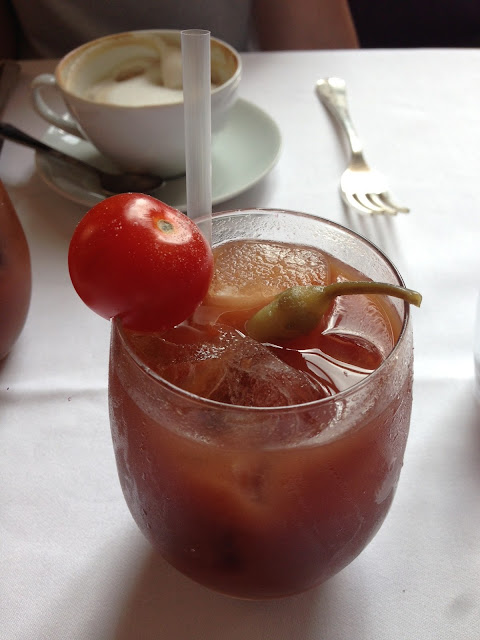 A nice little pickled chilli adorned the glass, which was a bonus: the addition of an undertone of vinegar actually improved rather than detracted (as one might expect) from the experience.

Rather unimaginatively, we followed our drinks with eggs benedict, that finest of brunch grubs.  Rather disappointingly for the blog, we both had exactly the same – so sorry, this review at least is rather limited.

But these were no ordinary eggs benedict.  No, these were crab eggs benedict.  Now, I'm a complete sucker for crab, so the die was kinda cast the moment I saw them on the menu – I couldn’t help myself.  But I did have reservations: crab is a delicate flavour, in many respects, and one that could be easily lost piled underneath rich hollandaise sauce.  Marcus (or his little sous chef) has clearly anticipated this, and supplied enough crab meat to keep one going (and tasting) all day. 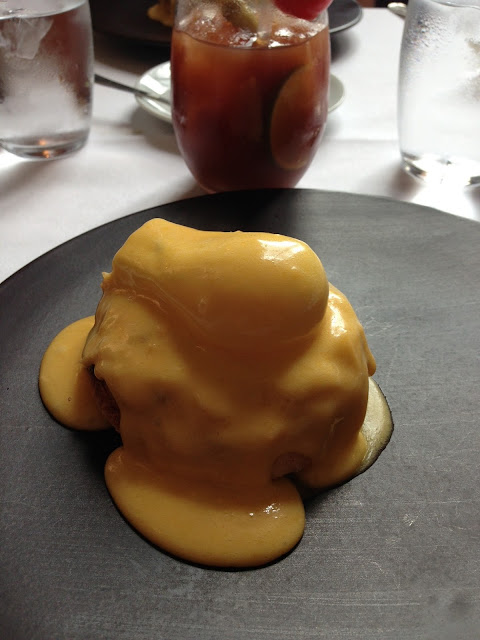 But on the expensive side.  Pre-tip, and including a coffee each as well, out brekkie came out at £55.69.  Not too bad, given what we were eating, but not one to do every weekend.