Tiramisu is one of those classic puddings, so classic it’s hard to know where or how to begin.  And, like all classics, I know I will offend some and leave others telling me it’s not authentic.  I have no doubt it’s not authentic; but I do like it.  Kudos to Jamie Oliver, from whom is recipe is adapted. 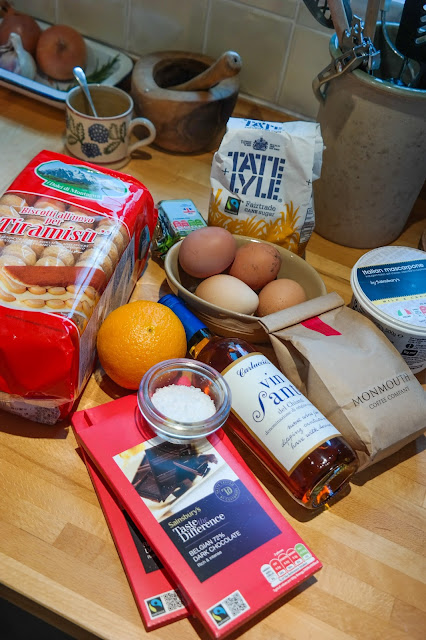 Start by brewing a pot of coffee.  Real coffee, please, none of that instant nonsense.  Next, break up all but 25g of the chocolate and pop it, along with the butter, into a Pyrex bowl over boiling water – making sure that the bowl doesn’t touch the bottom of the pan, or else the chocolate will burn.  Chuck in 50ml of the wine, melt and stir together. 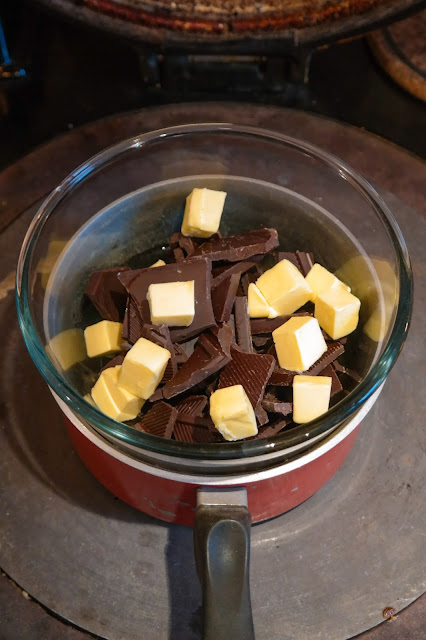 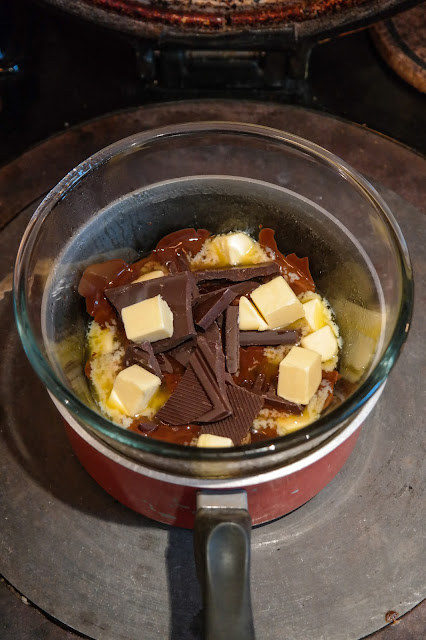 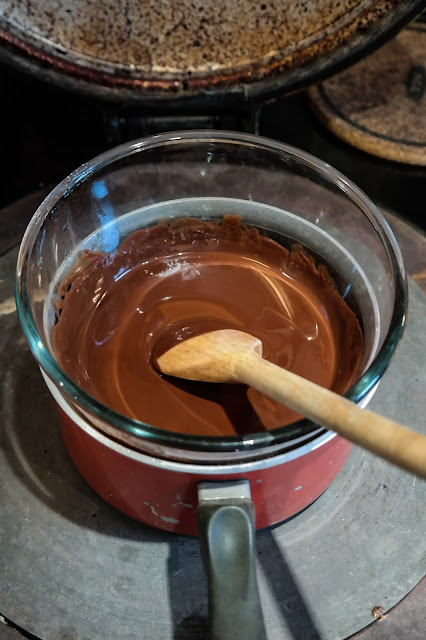 Whilst that lot is melting, arrange the sponge fingers in the dish you’re going to be making the final product in.  The sponge I’m using is genuine Italian stuff from a little store in Borough Market, near where I work.  They’re fairly ace (and add a degree of authenticity to the dish) but I doubt they’re essential.  Pour about 200ml of the coffee over the biscuits followed by another 150ml of the wine.  Loads will pool in the bottom, but in about 30 seconds it’ll all have been absorbed. 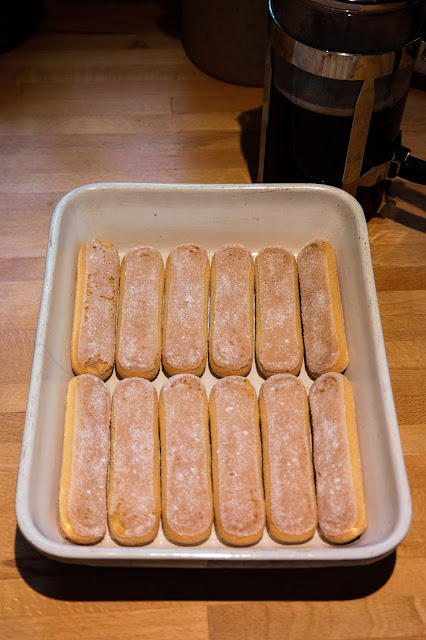 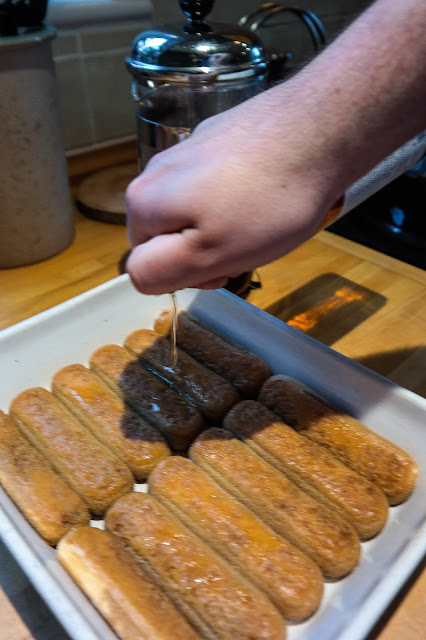 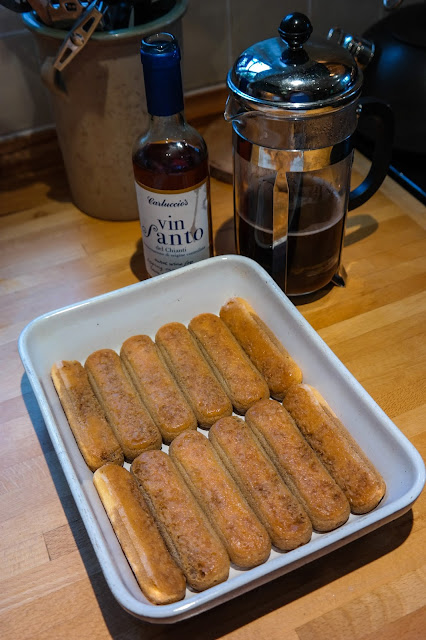 Now spread half of your chocolate mix over the soggy sponge fingers.  Lather it on good and proper. 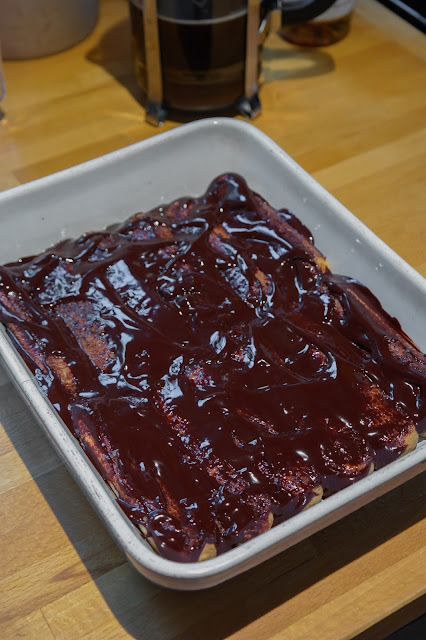 Now, whilst the chocolate cools, make your filling. 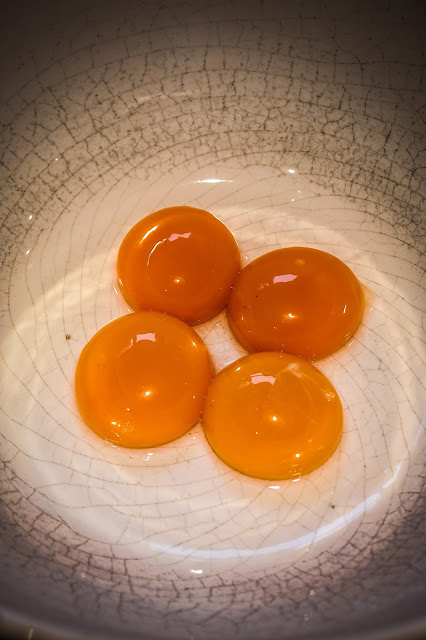 You’ll see in the picture I have used four eggs.  This was waaaay too much, so I’ve reduced it to three.  Separate the eggs and whisk the egg yolks with the sugar, along with 25ml vin santo, until pale and fluffy, a bit like so. 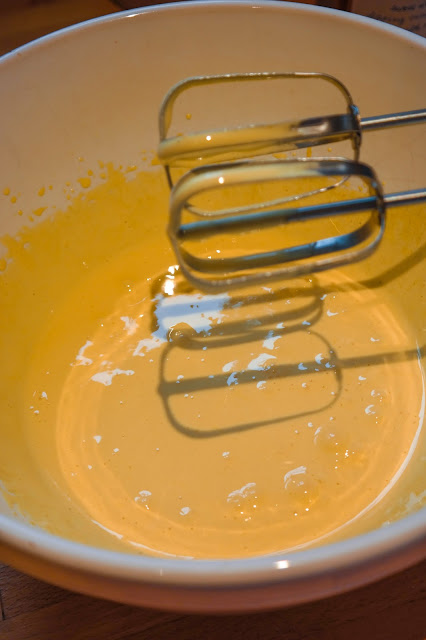 Add the zest of half an orange (again, I did too much when I took the pictures, so the written recipe is scaled back a bit here). 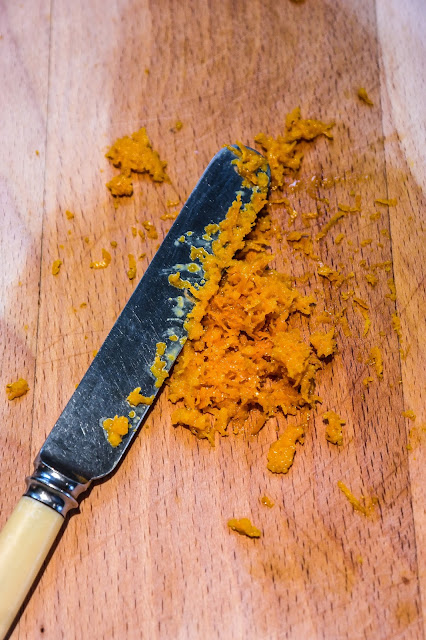 Then mix in the mascarpone. 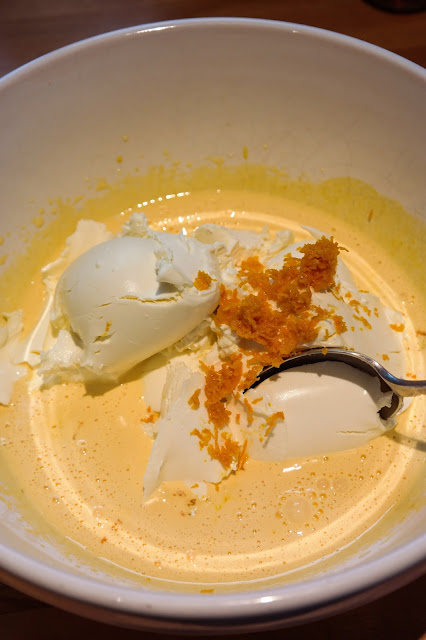 Now, having washed your whisk up and dried it off, whisk the egg whites to stiff peaks. 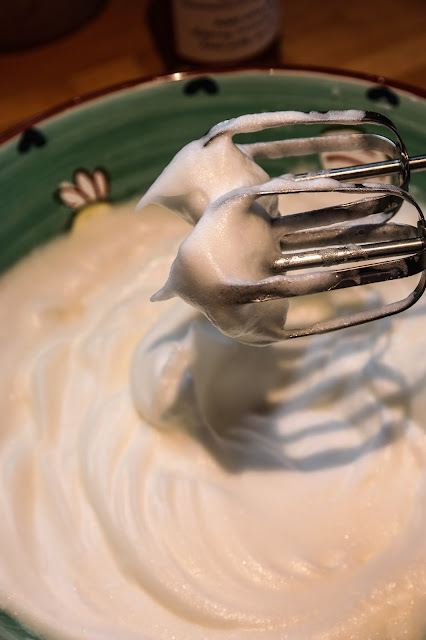 Carefully fold the egg whites into the yolk-mascarpone mix, being gentle so as not to lose all the whisked in air.  Probably not good for pregnant people, this dish.  Just a thought. 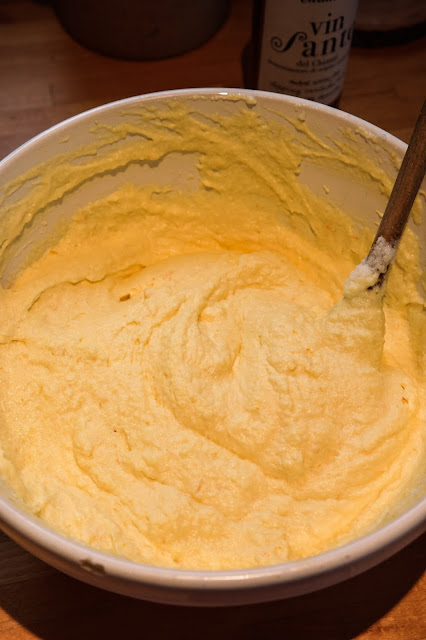 When fully combined, spread half of it over the top of your mixture.

Now, if you are being really controversial (as I was) and prefer it with a higher sponge / coffee / booze ratio to usual (as I do) go in for a second layer.  If you want it more classico, then just spread all of it over the sponge.

If you want a second layer, mix another 100ml coffee with another 50ml vin santo, and soak the sponge in that.  Then very carefully, lay them out on top of the last layer, tipping any excess coffee and wine mix over the top (there shouldn’t be any).  The advantage of doing it this way, although way more time consuming and difficult to achieve, is that you don’t pour all your coffee and wine over the foamy filling, which can deflate it slightly.  Although, all that said, in a hurry it’s not the end of the world. 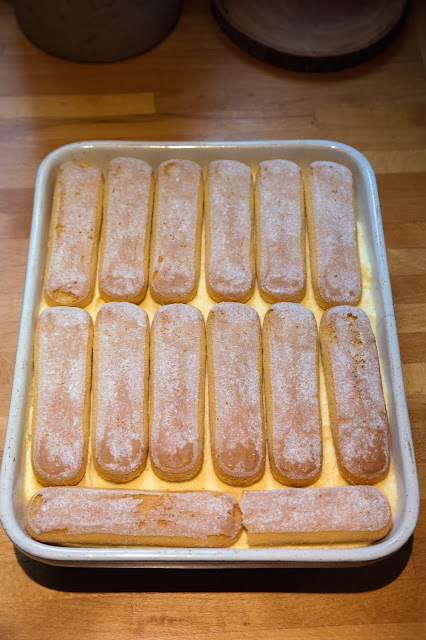 Now slather on more of your melted chocolate-butter-wine mix, and the spread the remaining filling over the top. 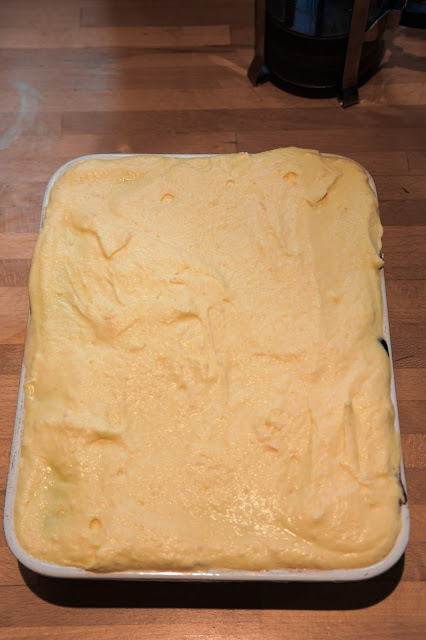 Grate your remaining chocolate on top then refrigerate for at least an hour before serving. 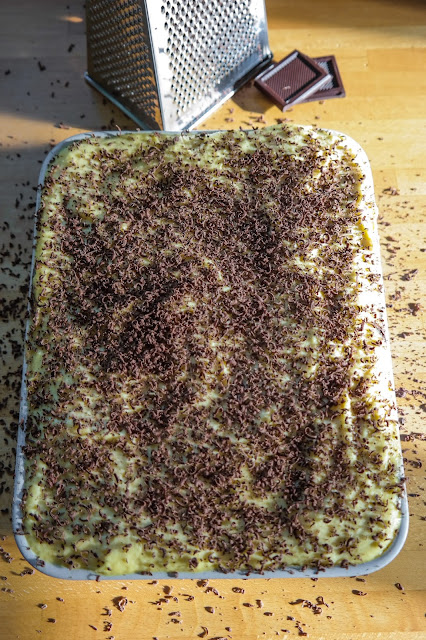 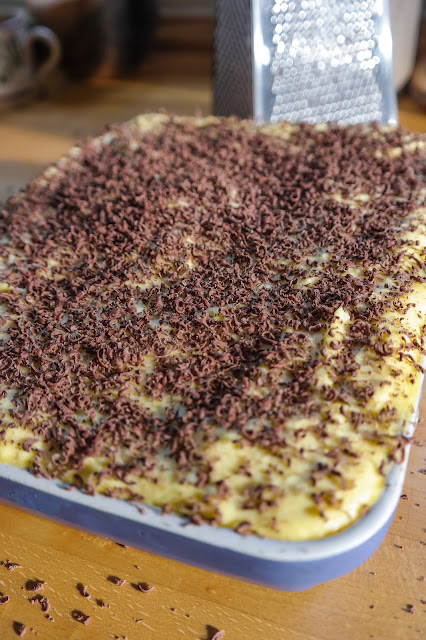 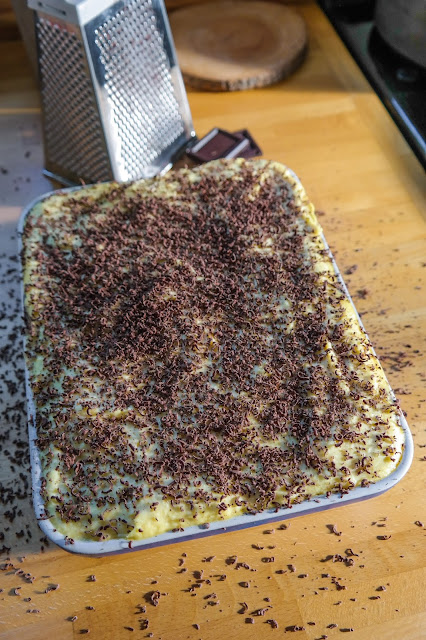