So, at the end of Monday's post I left you with the question: what does one do with an entire deer's worth of (relatively inexpertly) freshly butchered meat?  Well, the answer, of course, is to eat it.

Farmer Sharp's operations in Borough Market are generally run out of a restaurant called The Banana Store, which is housed in the former Borough Market Trustees Building.  This means that, once you're done hacking up your carcass, there is a trained (and talented) chef on hand to turn your carnivorous experimentations into something edible and delicious.

But before we even got to the meat we were availed of a host of starters.

First out was gravadlax.  The Banana Store's chef, Jens, is Swedish, and his skill in curing the fish shined through– dry initially, but still with plenty of oily moisture and flavour. 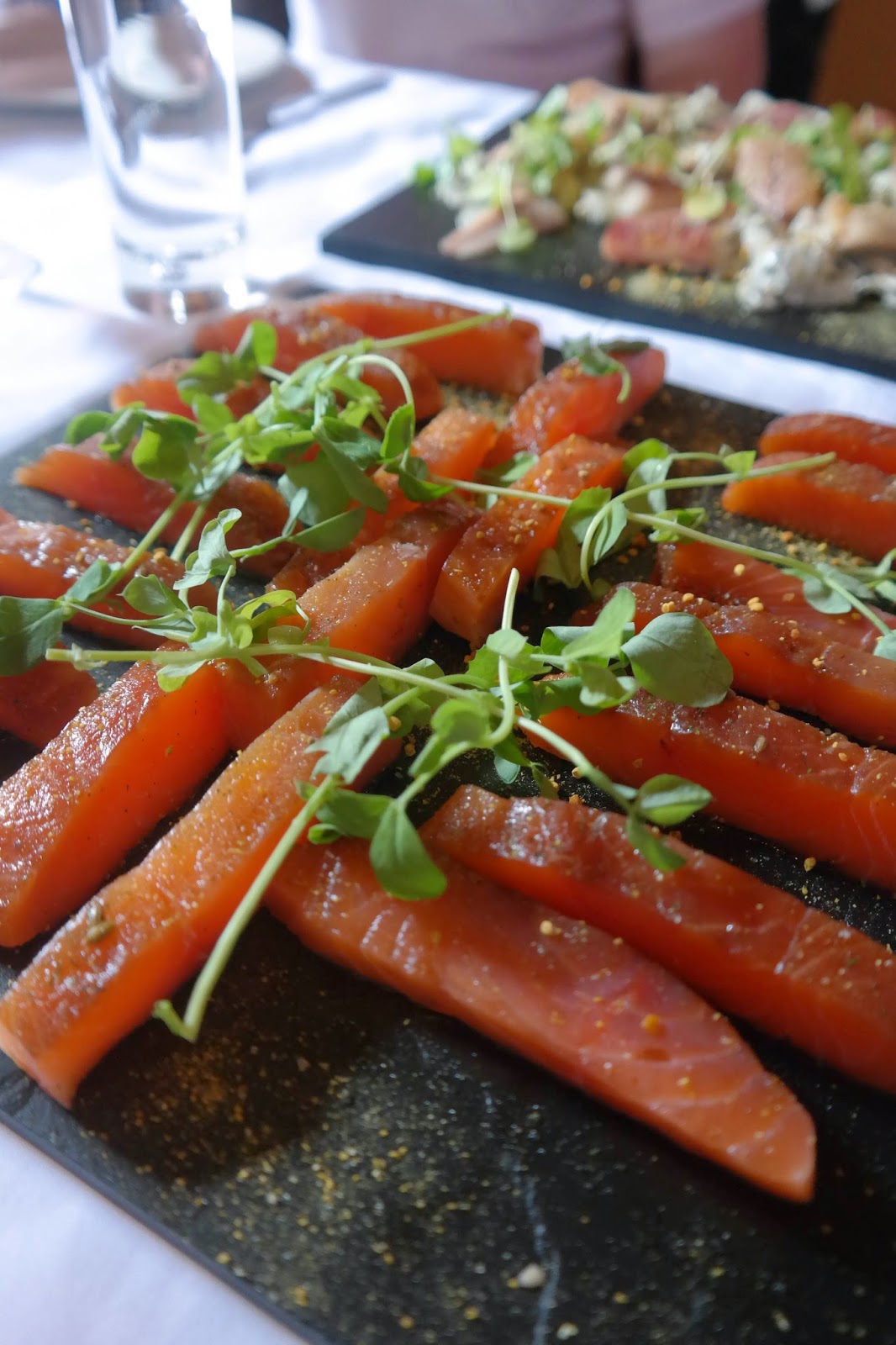 Also, we were treated to smoked eel, served with fennel.  Now, eel is not something that I'd ever order but I have to say it was absolutely first rate. 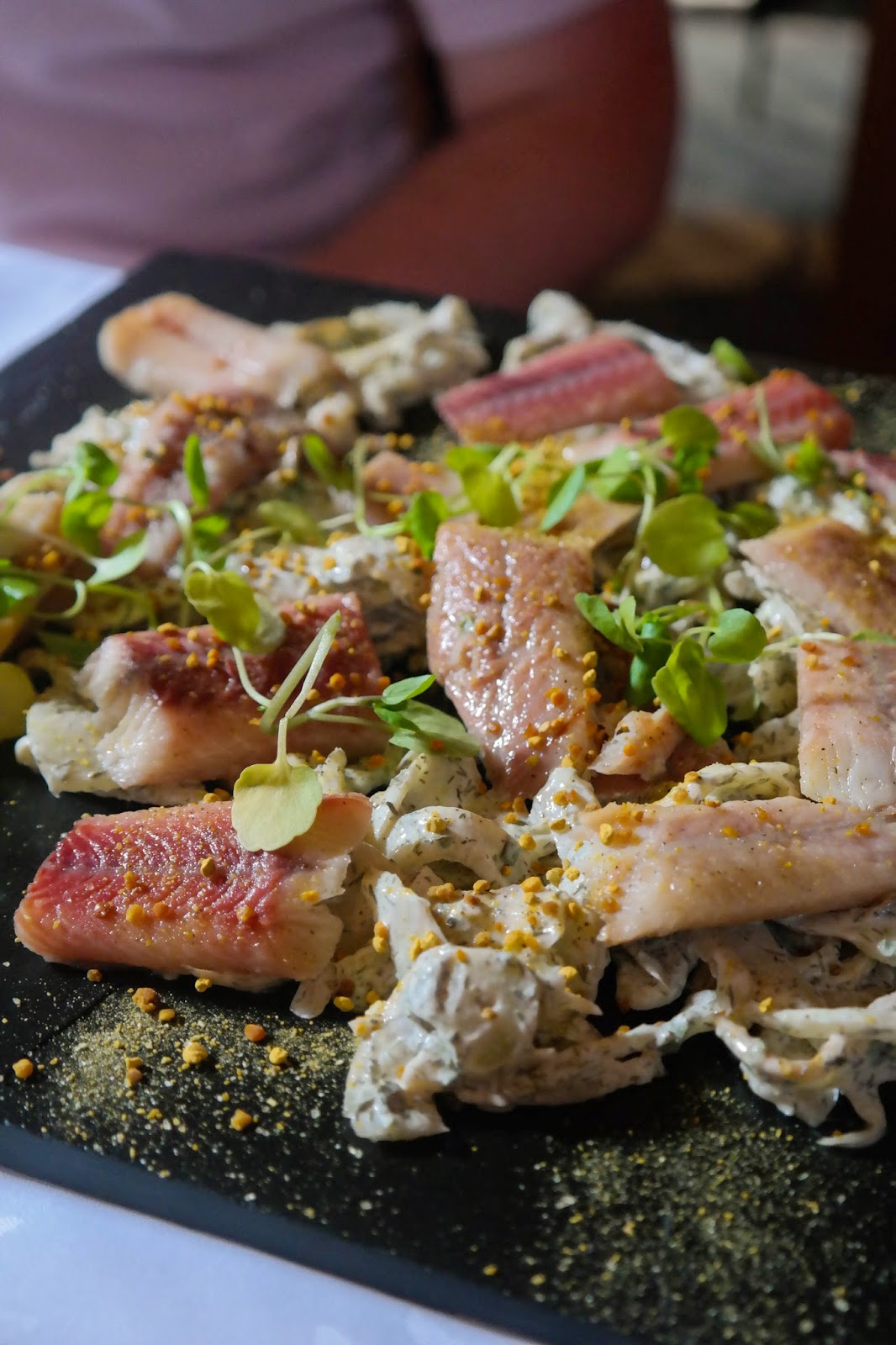 Our fishy starters were also kept happy with a duo of salads, one of heritage radishes and the other of mixed beetroots and samphire.  Very good indeed. 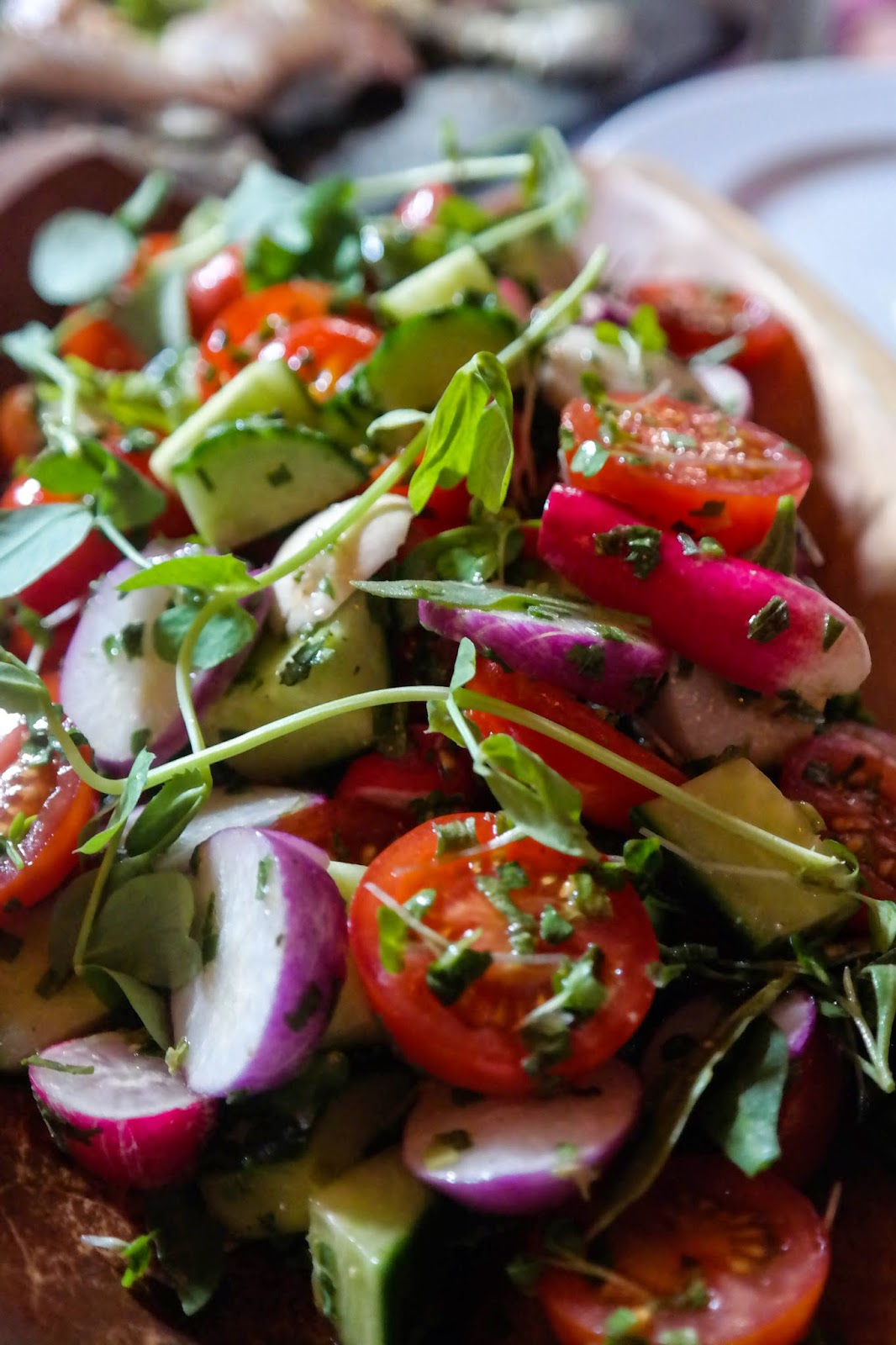 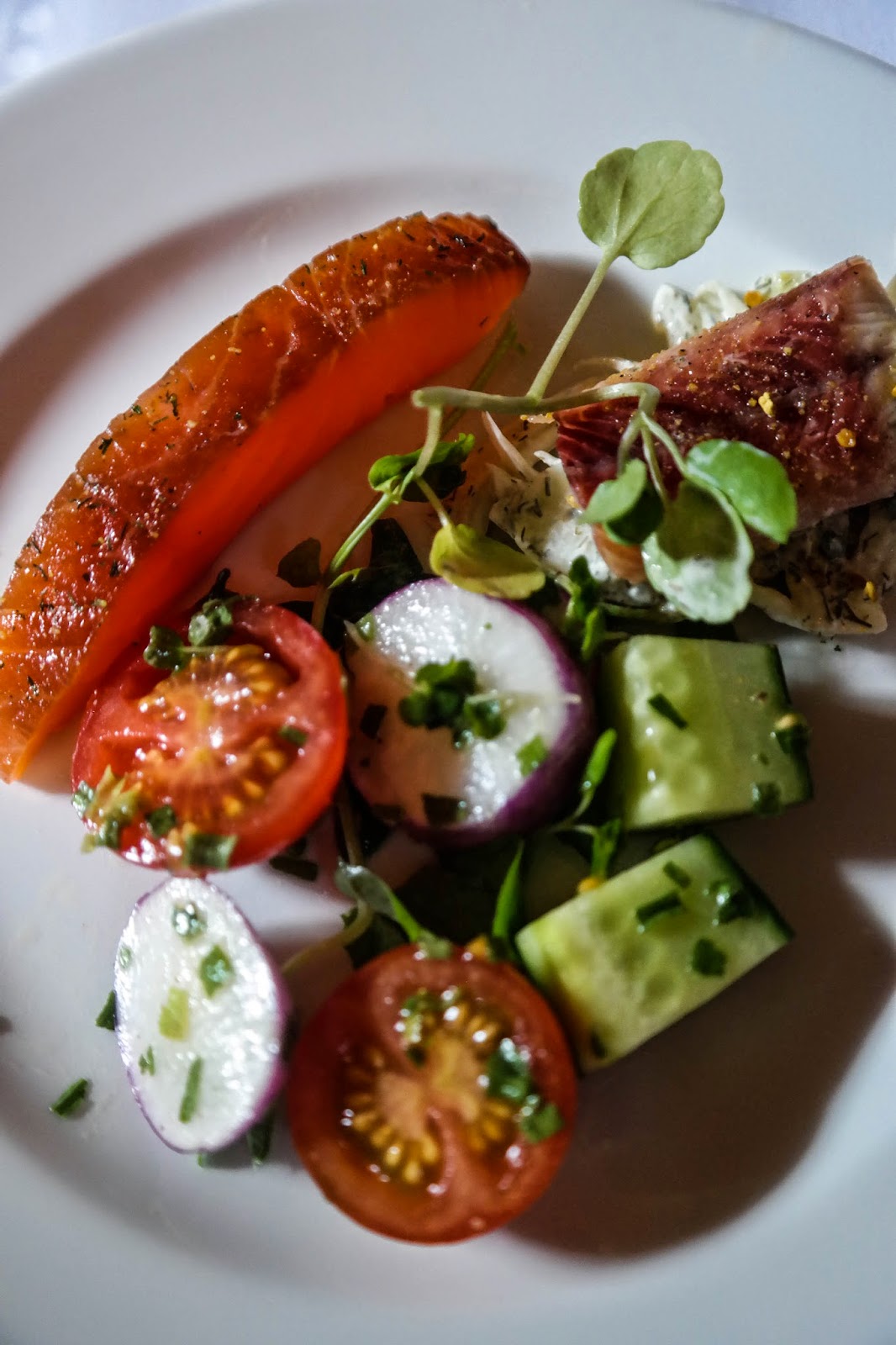 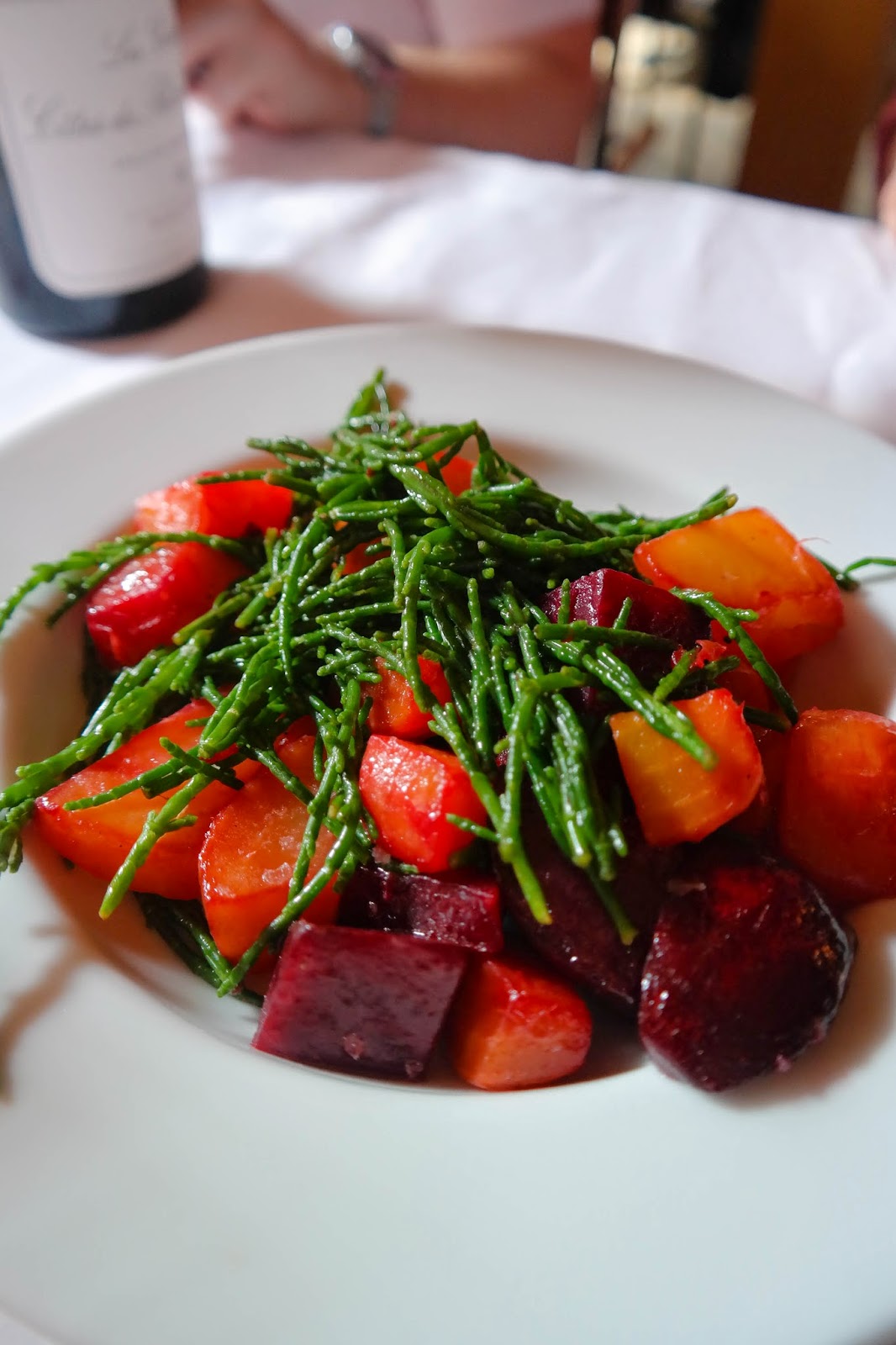 But the main attraction was the meat.  I've never eaten muntjac before, but I wouldn’t hesitate to eat it again.  It's a lovely gamey meat, but not too gamey – not so metallic, high, which I find slightly off-putting in game like grouse.  It's a rich meat and terribly tender.  It was also cooked to perfection.  It was also an absolute pleasure to be able to try the different cuts and have Farmer Sharp talk us through each piece and identify where they came from on the animal. 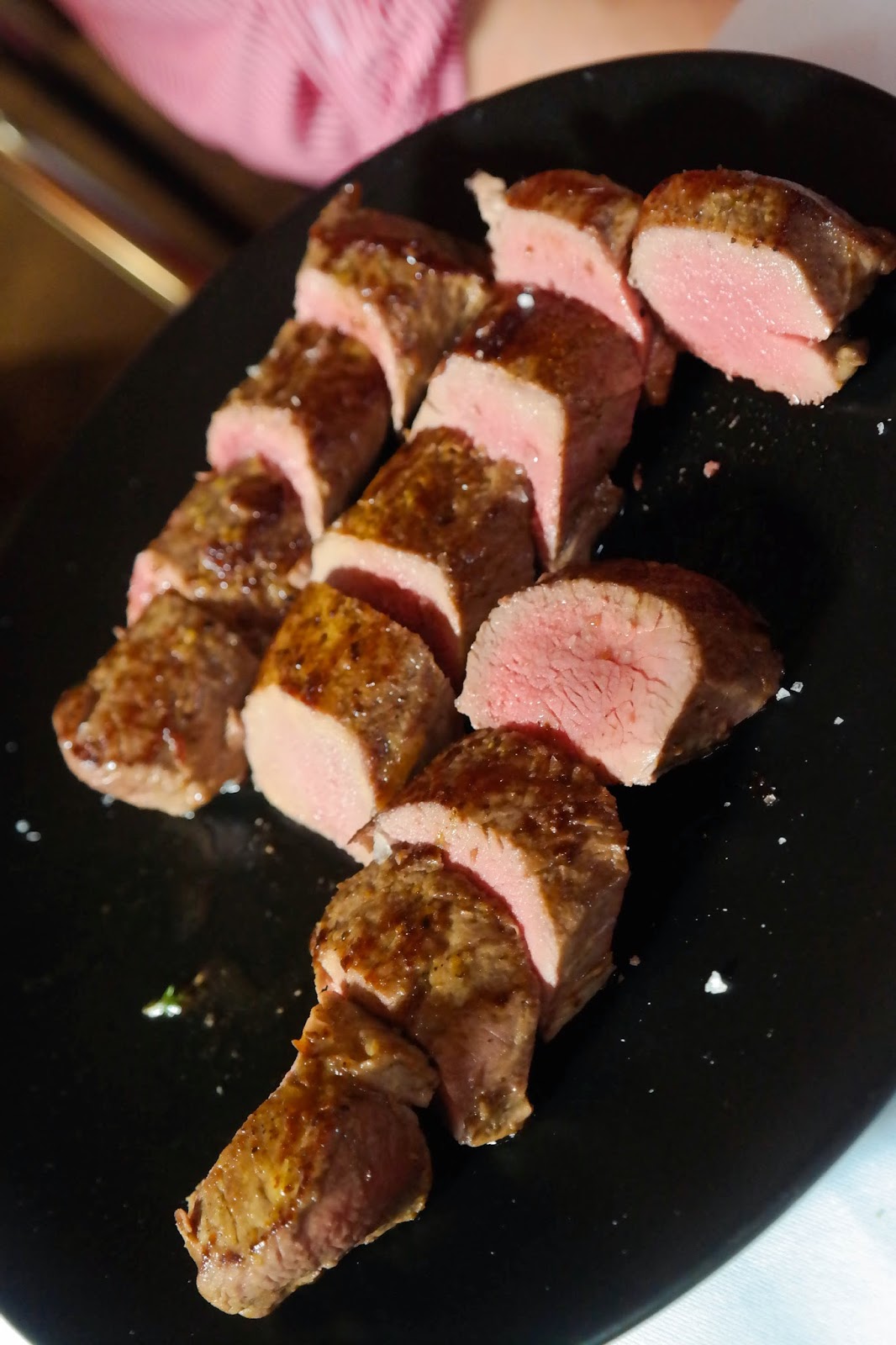 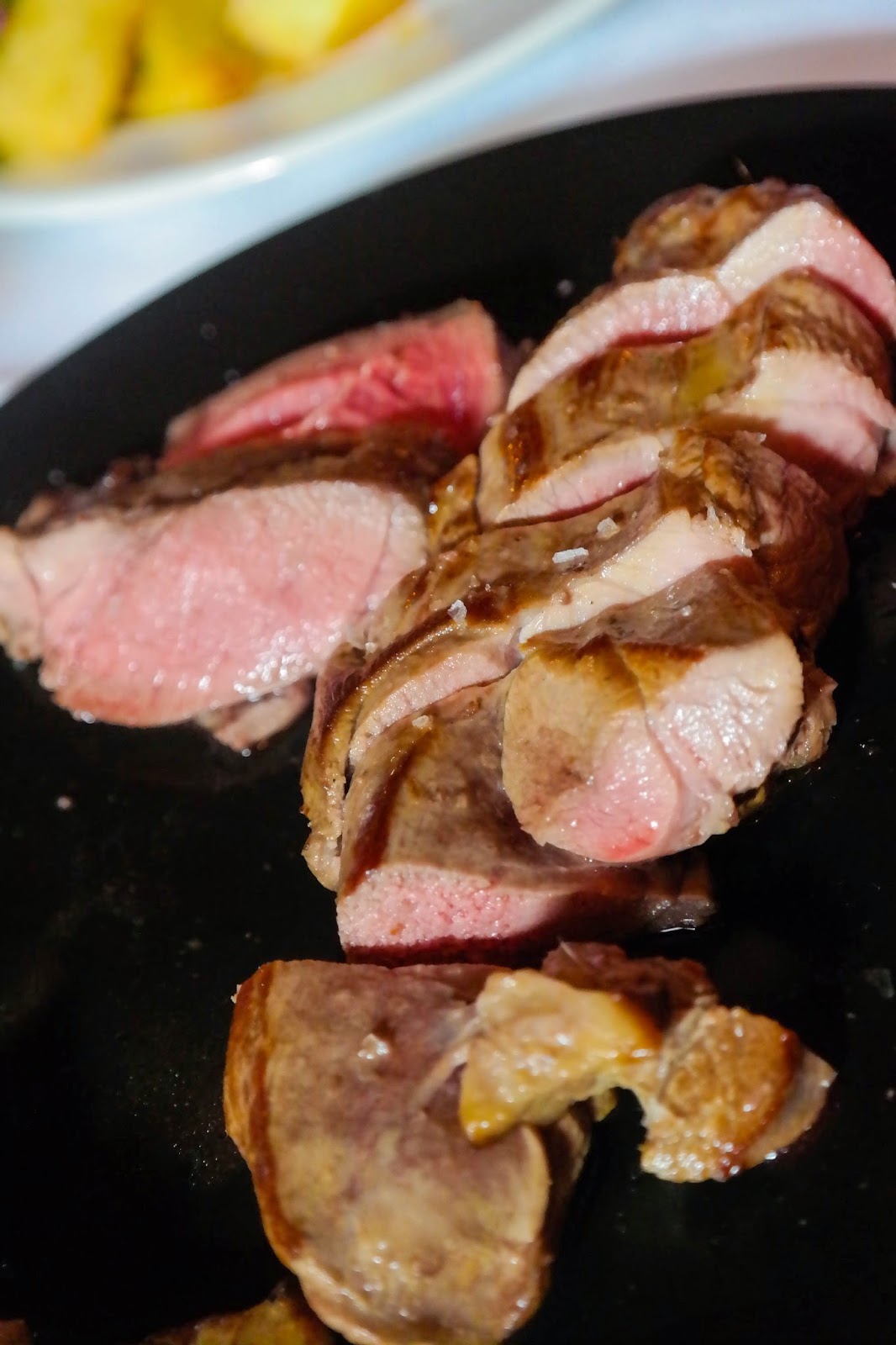 And these little pieces?  Why, they're the fillet steaks, of course.  Sure, they're a bit smaller than you'd find on a cow, but did you see the size of this beastie?  Anyway, you know how you hear people say that their steak was so tender it could have been eaten with spoon?  In this case it was actually true.  I could have spread these steaks on toast.  Fantastic. 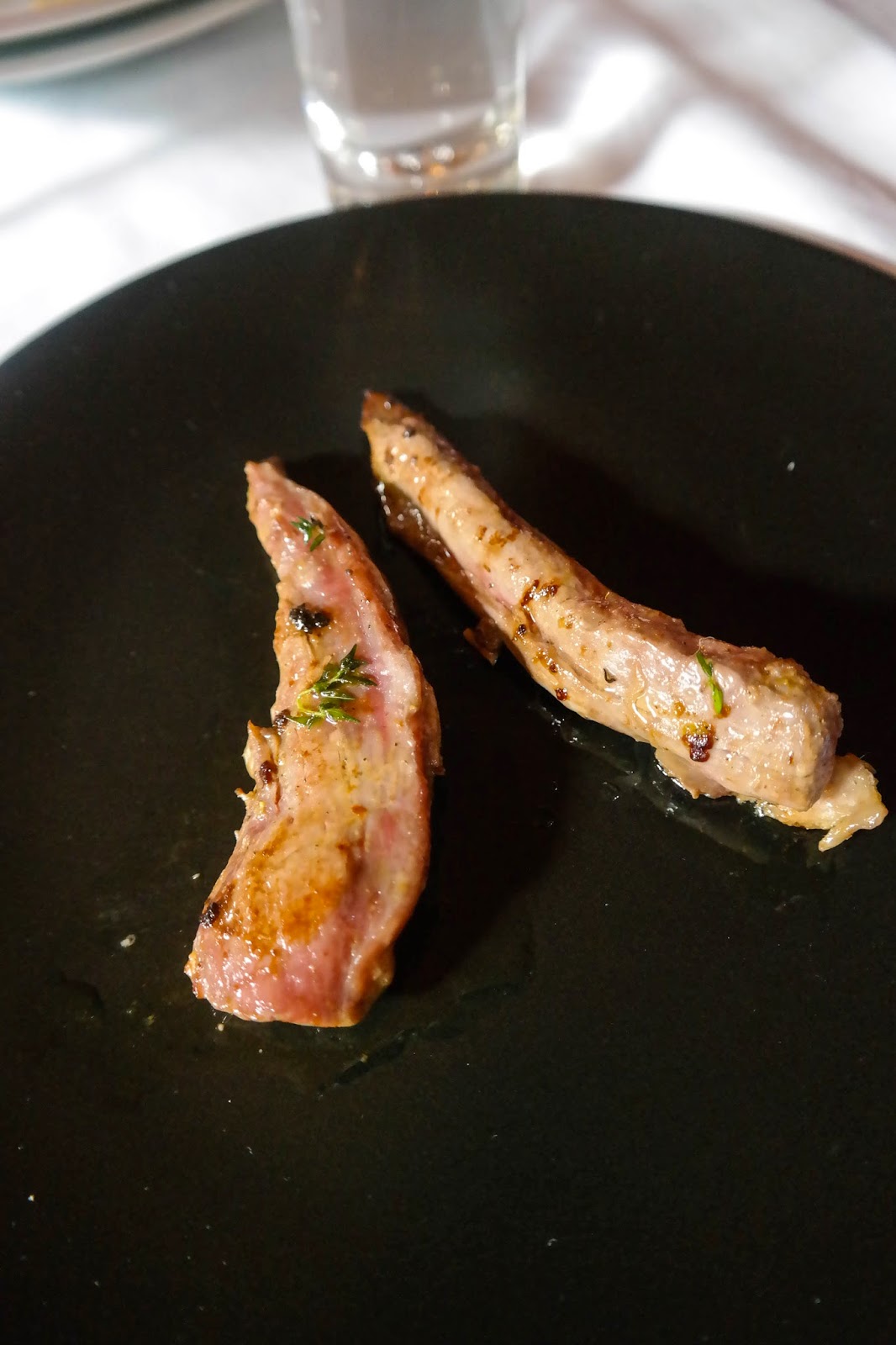 Now, I've walked past The Banana Store hundreds of times – I went to college just around the corner – but barely noticed it.  I had never heard anyone speak of it.  So I wasn't sure, if I'm honest, whether the food would be up to much.  I needn't have worried – it was fantastically done.  Each dish was exciting, imaginative, and (crucially) excellently executed.  We had expected the meat to be grilled up and served, perhaps with some potatoes.  What we received was a feast.  If I found myself in need of a quick meal in the area again, I'd definitely drop in.

PS – I gather that The Banana Store does a rather interesting line in Borough Market eating called 'Eat What You See'.  Basically, the premise is this: You go to Borough Market, have a mooch around and pick out some food.  Then you bring it along to The Banana Store and they'll cook it up for you for £15.  Check out their website for details.