So, we had a bake sale at work to raise money for Macmillan – one of their coffee mornings, in fact – and I reckoned I ought to bring something in.

As I have said so many times on this blog, I suck at baking.  Like properly suck.  At university I once made a loaf of bread – I thought it would be an economical and homely, hipster-y thing to do.  I ended up with something that resembled the soul of my shoe and which tasted foul.  Later than academic year I attempted a tarte tatin that that burnt to a crisp on top whilst leaving the apple crunchy.  Then there was the pie crust (another one from that year now I think about it – I certainly attempted a lot of baking in my 2nd year) that had to be cut open with a hacksaw – not kidding.  I think after those triumphs I was scarred for life in the baking department, and now the closest I get is readymade puff pastry pie toppings – that's good enough for me.

Anyway, I decided I would attempt it nevertheless – it's for charity, after all.  So I attempted cookies – which are, I think, quite possible the easiest things to bake.  They turned out well good, actually – Mrs Grubster ended up eating most of them before they got to work. 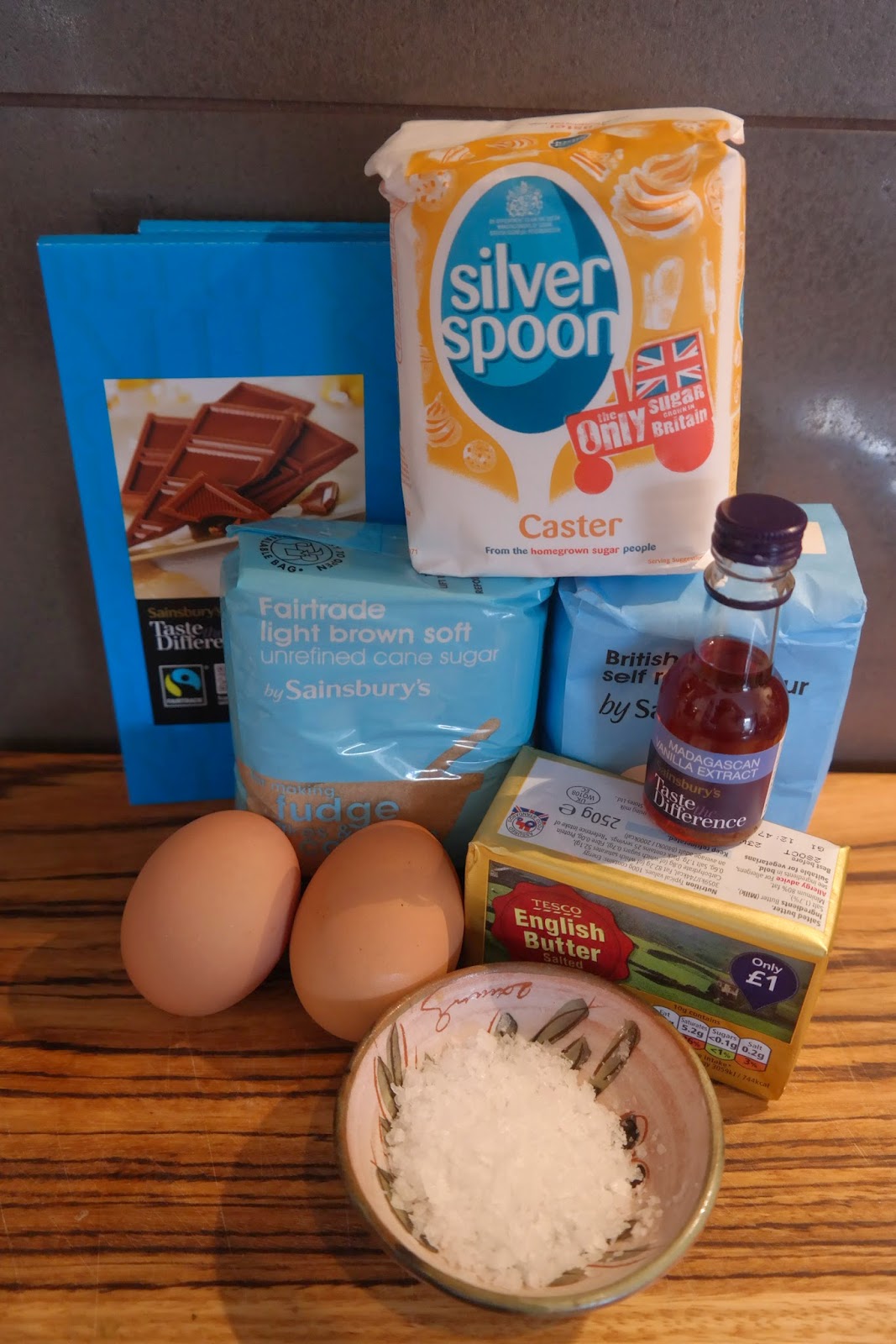 The butter needs to be up at around room temperature for this one.  Chuck it in a bowl with the sugars, vanilla and the egg and, using an electric whisk, cream so that it is light and fluffy. 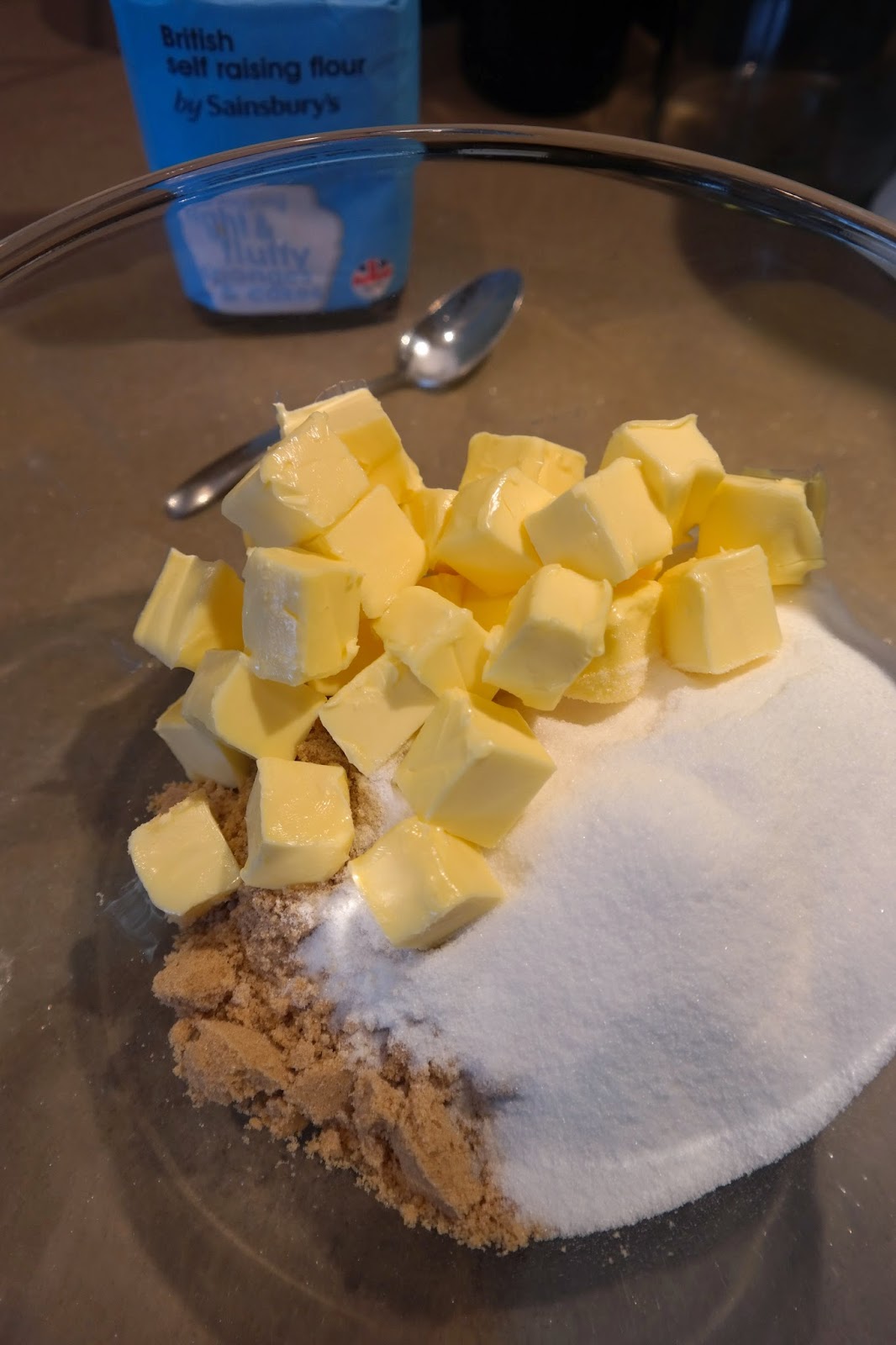 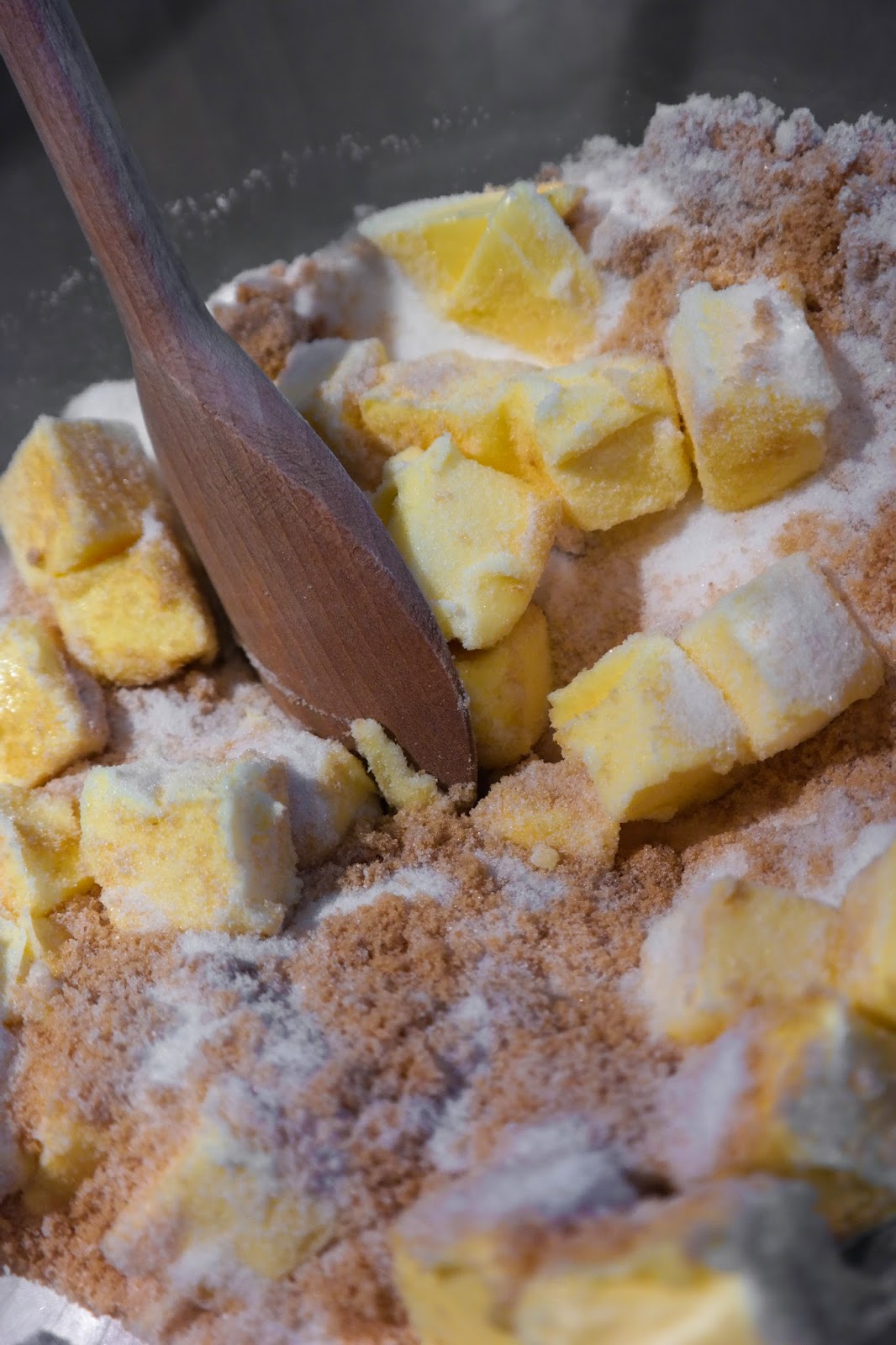 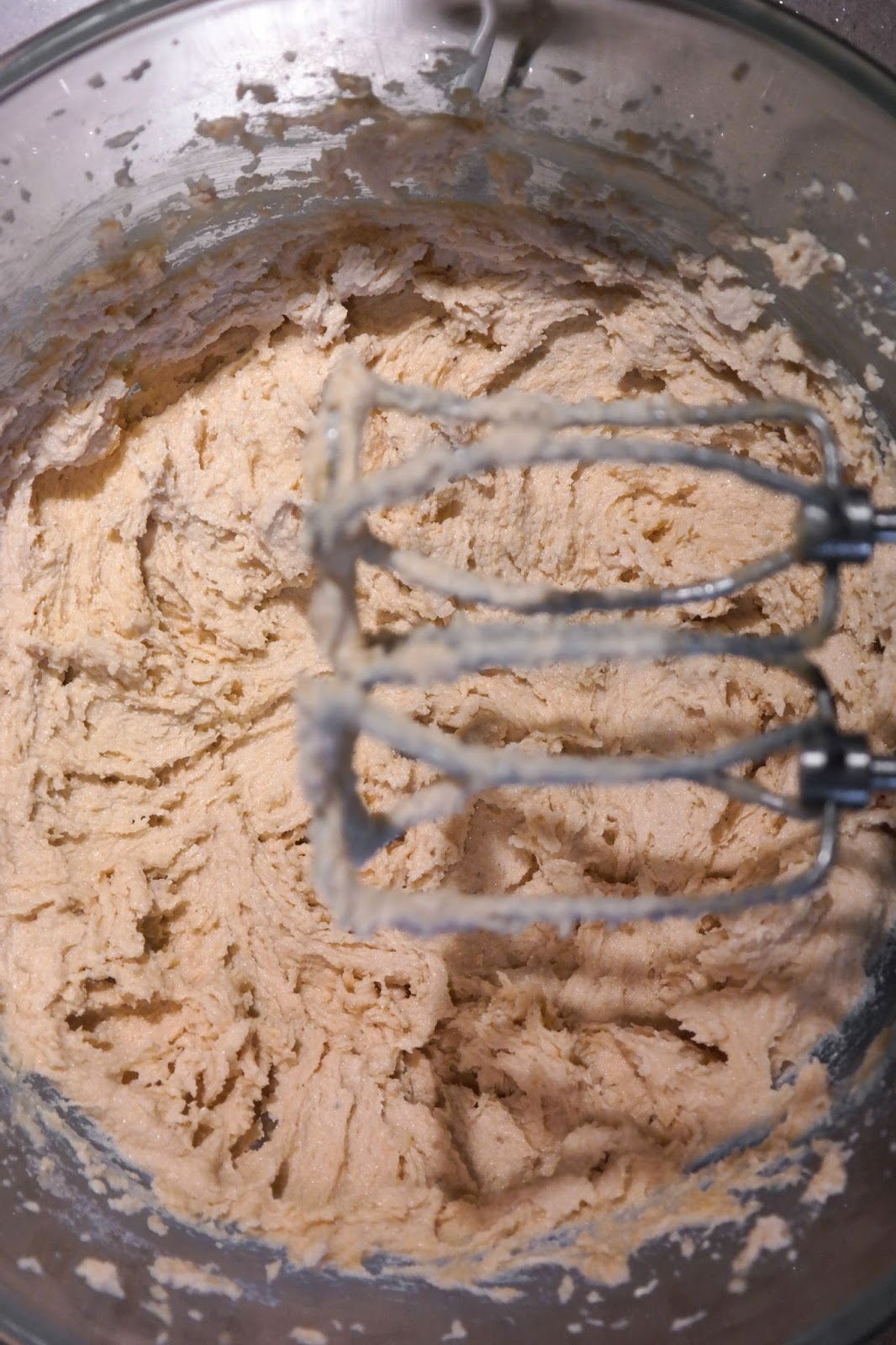 (I actually had to look up what was meant by "cream until light and fluffy".  Apparently it's a bit like this.  I expect someone will come along and say, "oi, that's not light and fluffy" or "that's not creamed", but whatever - the cookies came out decent, didn't they?) 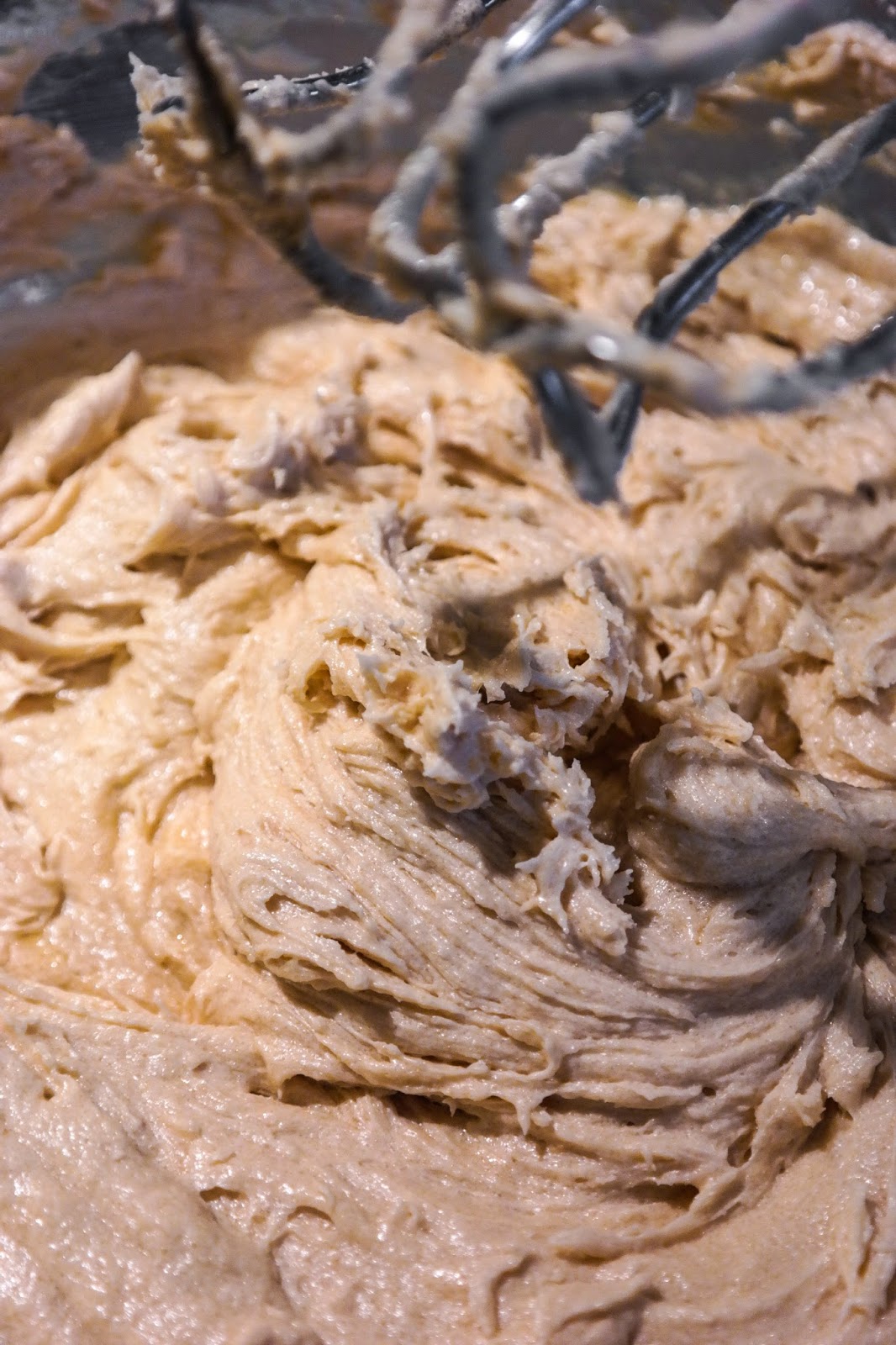 Sift in the flour, add a pinch of salt, and stir the whole lot together until fully combined. 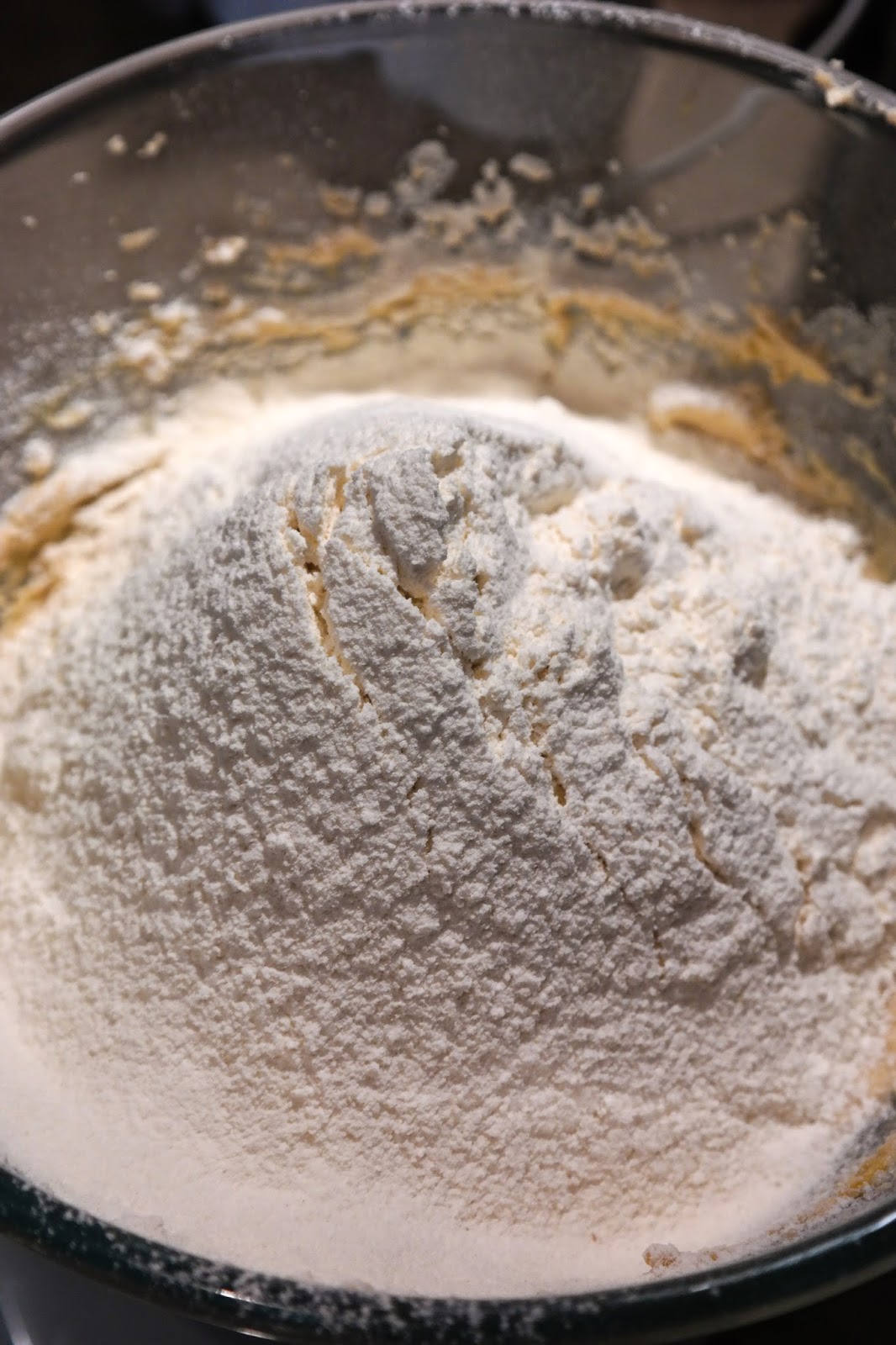 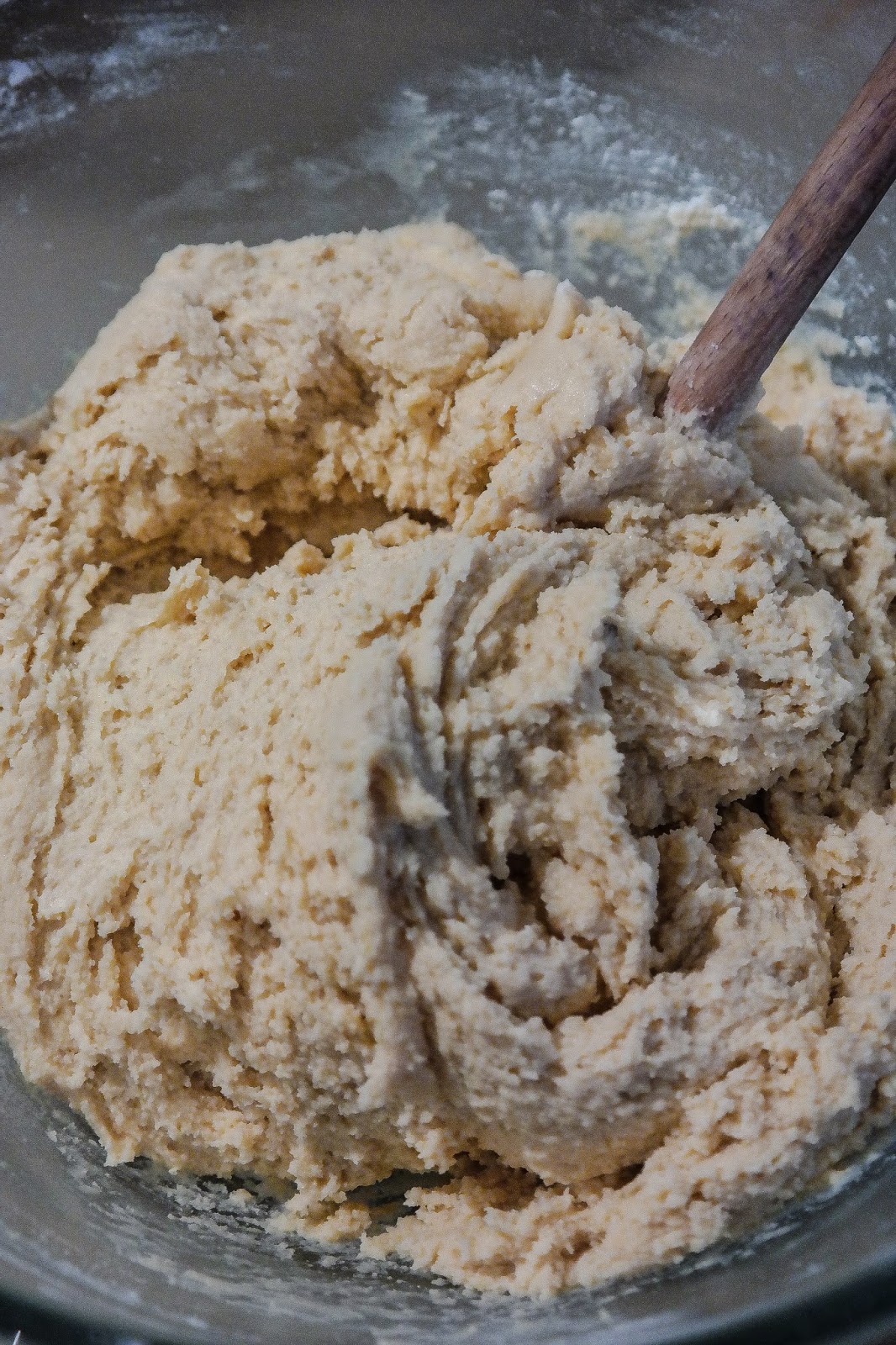 Smash up the chocolate bar into pieces of about the sort of size you want to find lurking in a cookie.  This is totally your call.  Mix that lot into the dough – you now have a bona fide cookie dough.  You should resist the temptation to eat this all now – although there's a great little spot in Texas (Torchy's) where you can get lumps of this stuff deep fried and oh my god is it good. 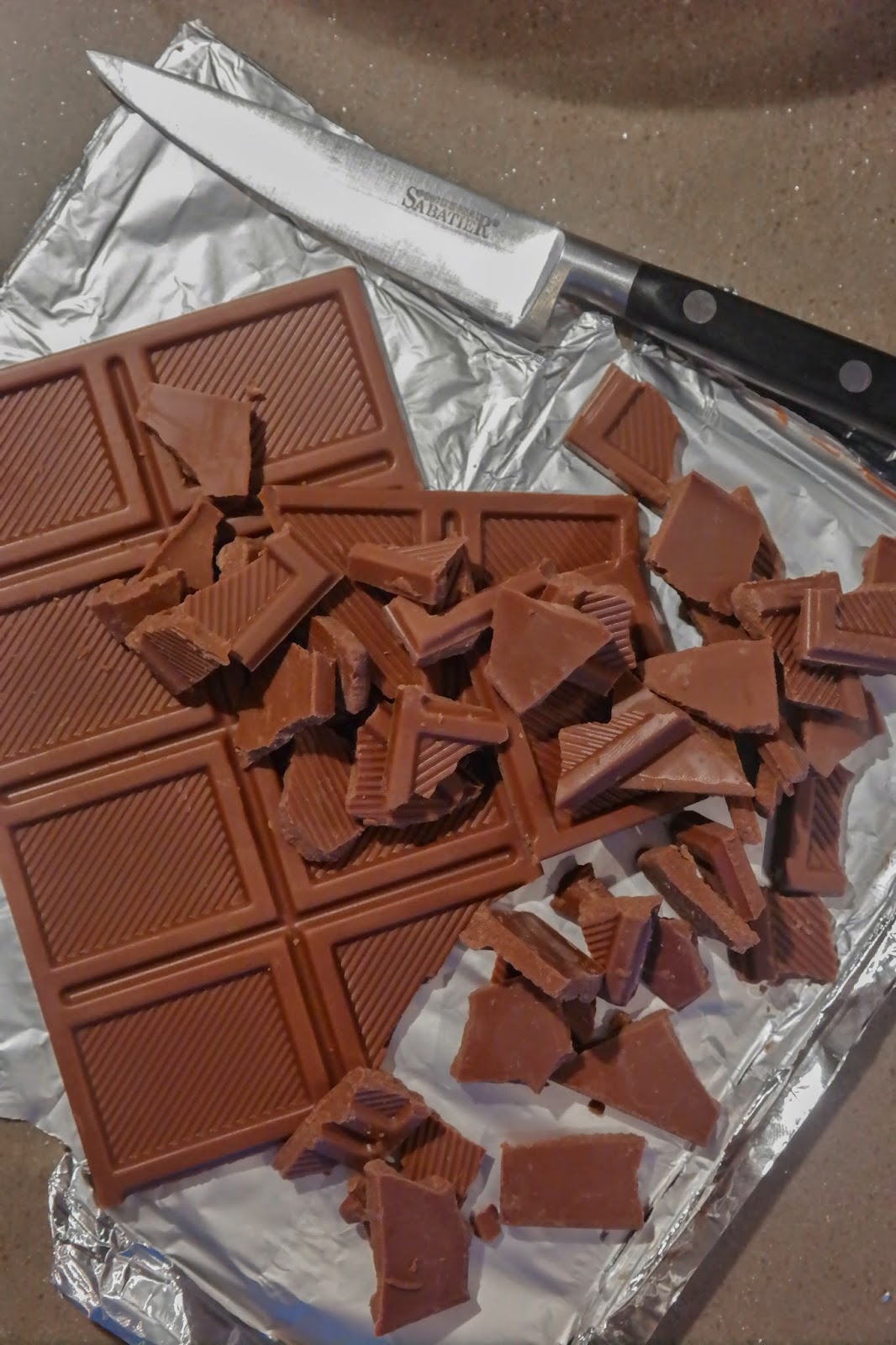 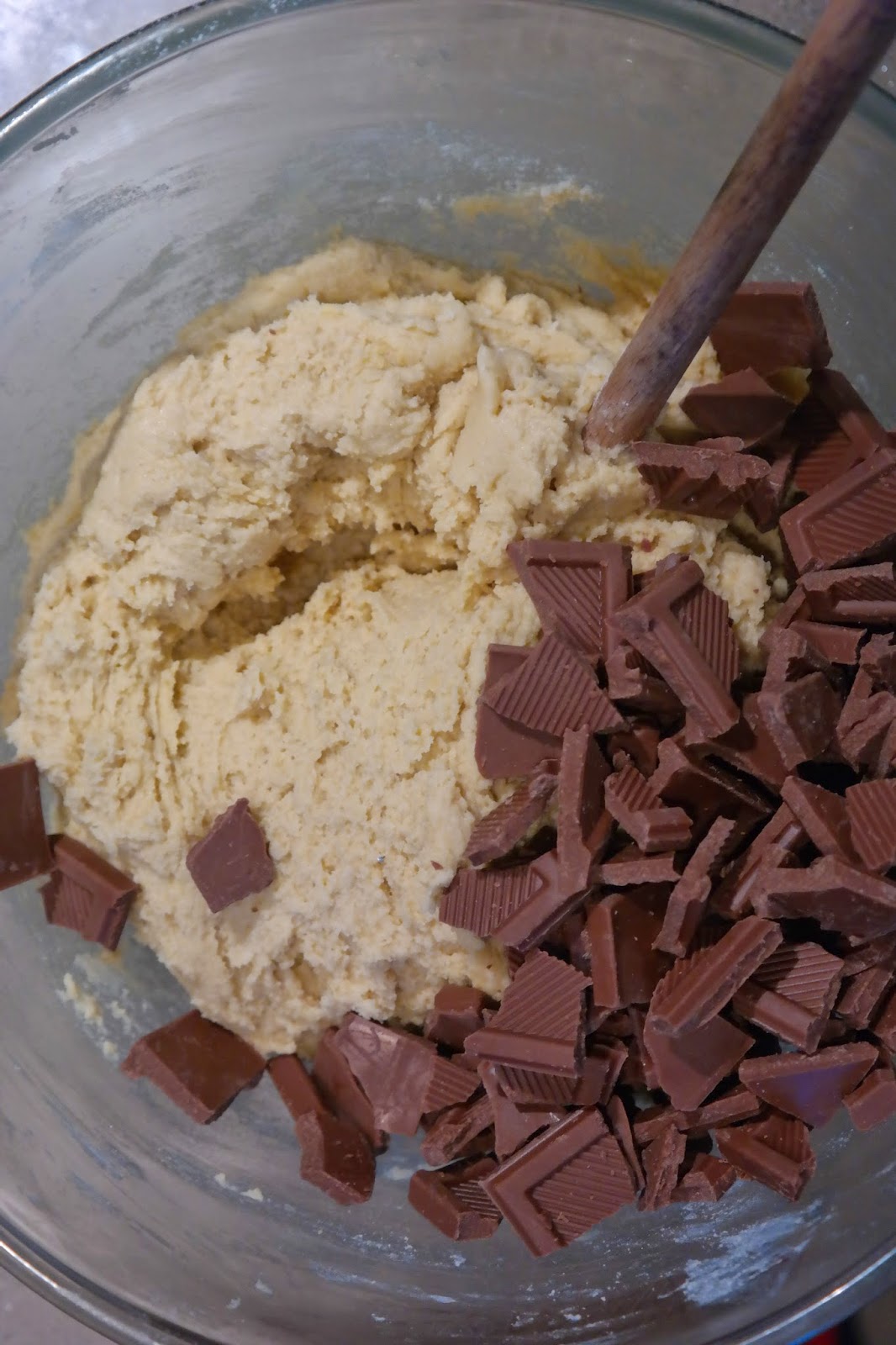 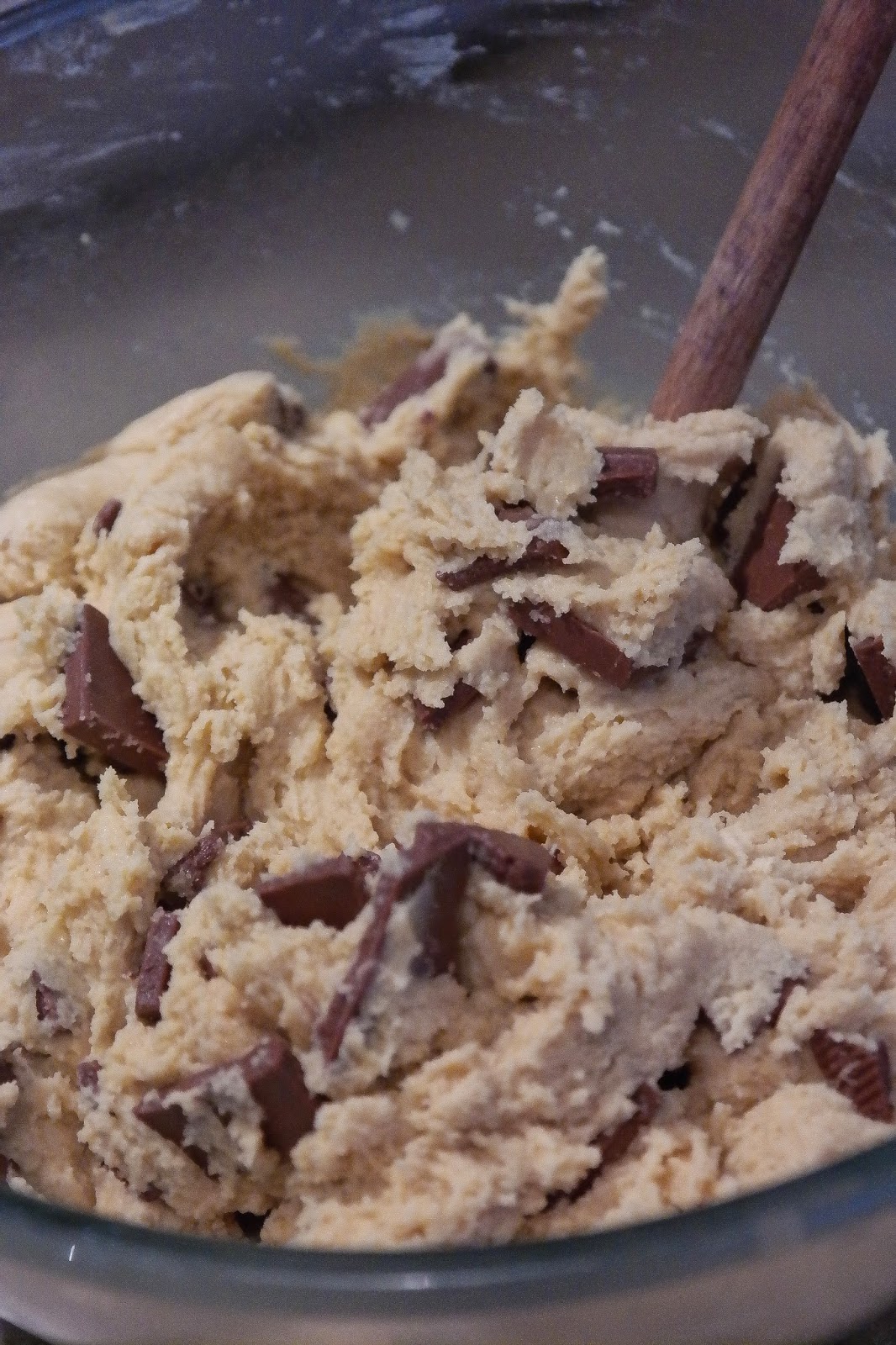 Get the oven on to 180ºC. Grease a non-stick baking tray.  Dollop lumps of dough onto the tray – the lumps should be about the amount that you scoop out with a dessert spoon.  You'll need to leave a good gap between each cookie – these buggers get big as they slop out in the cooking process. 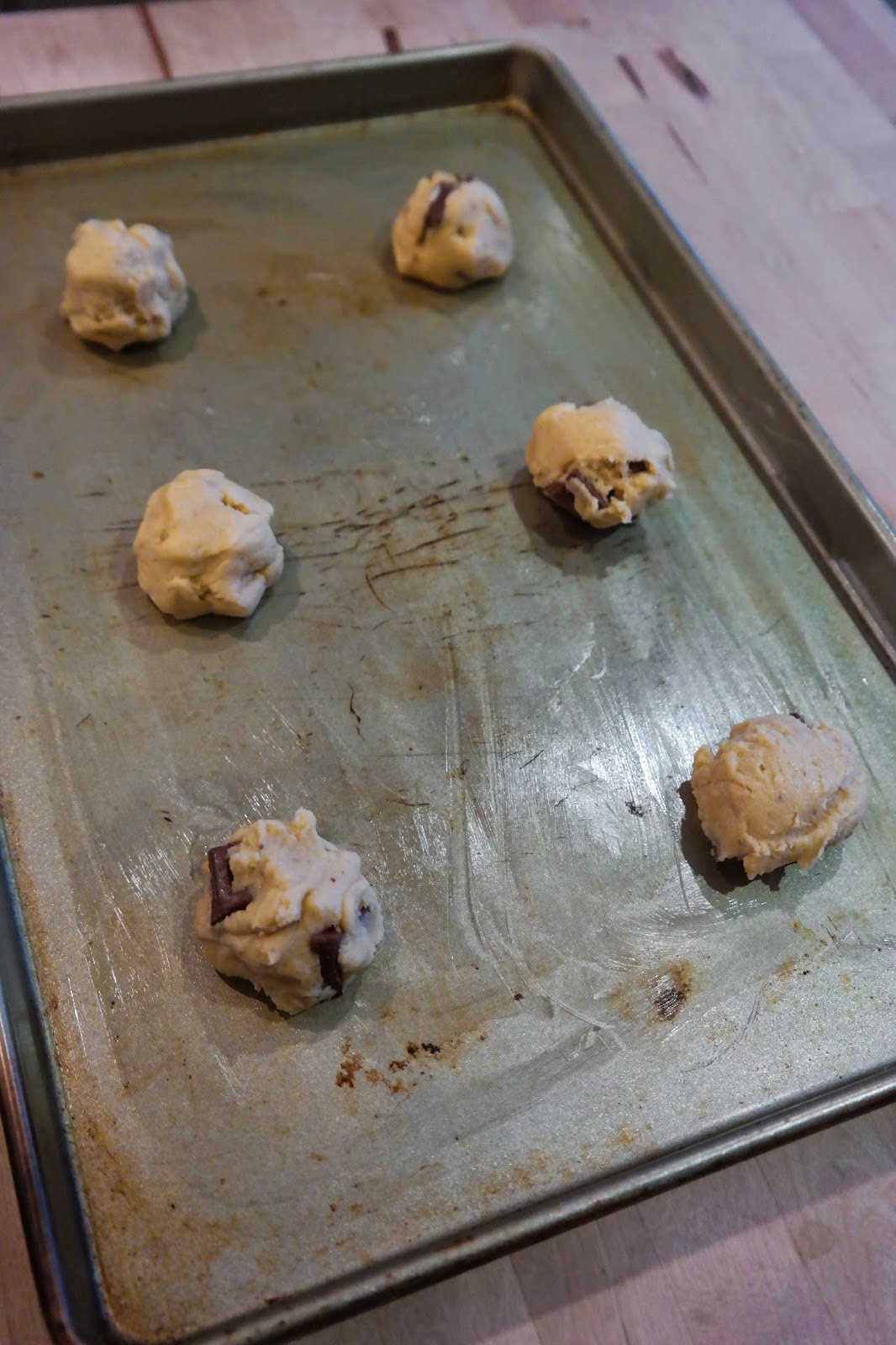 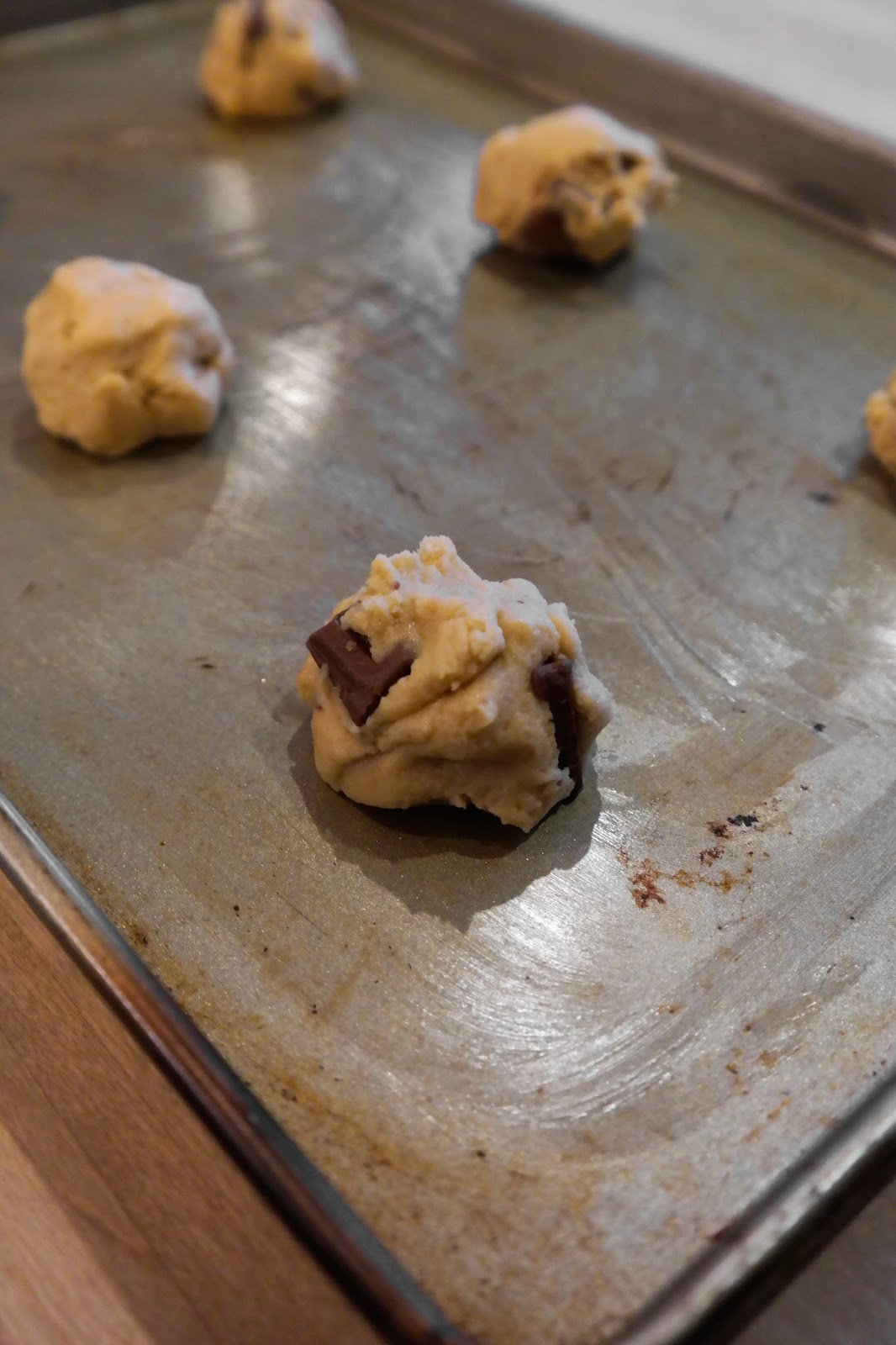 Into the oven they go for between 7 and 9 minutes – it varies from oven to oven, but each batch will be about the same so watch that first batch LIKE A HAWK.  They turn very quickly. 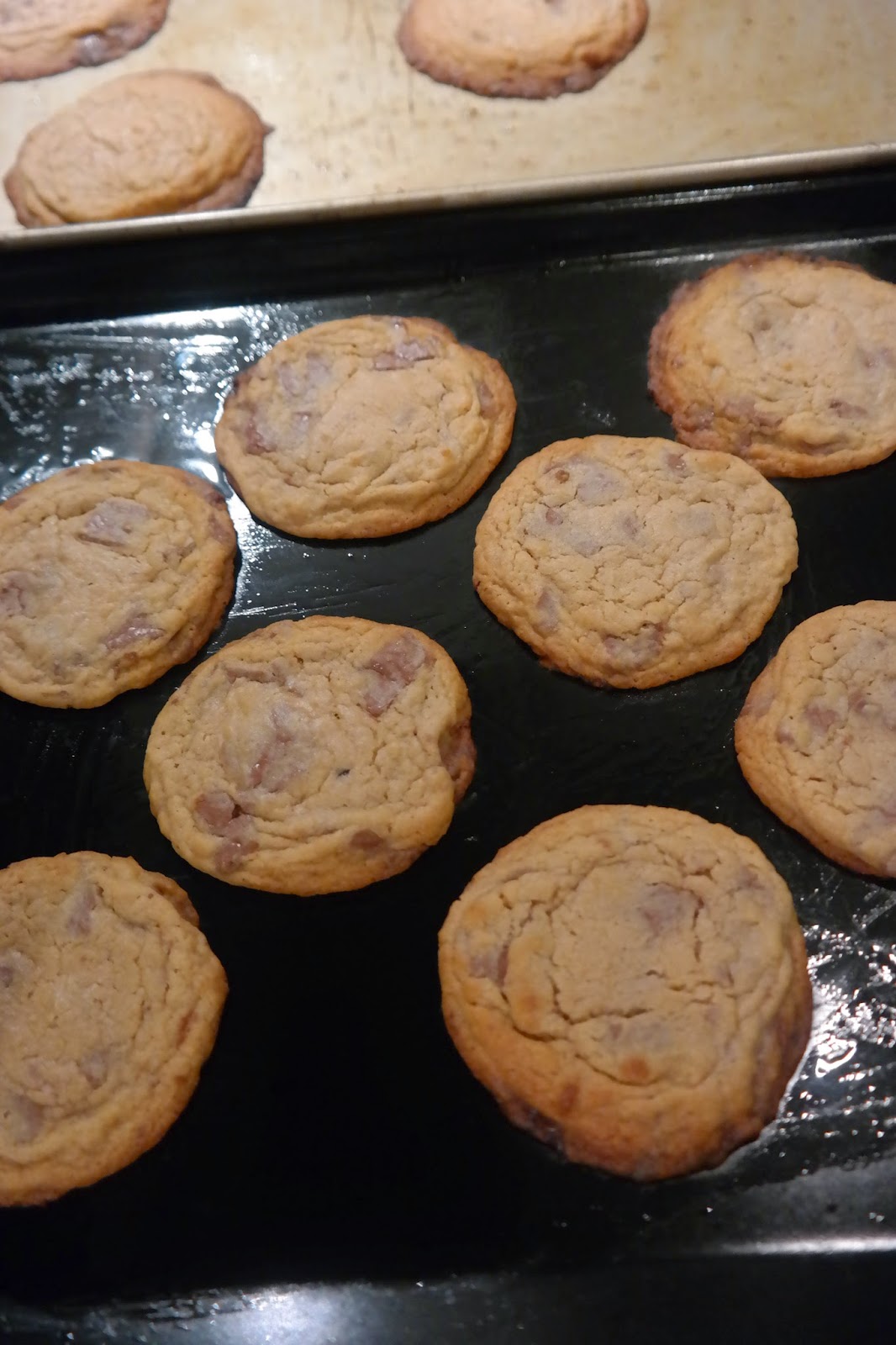 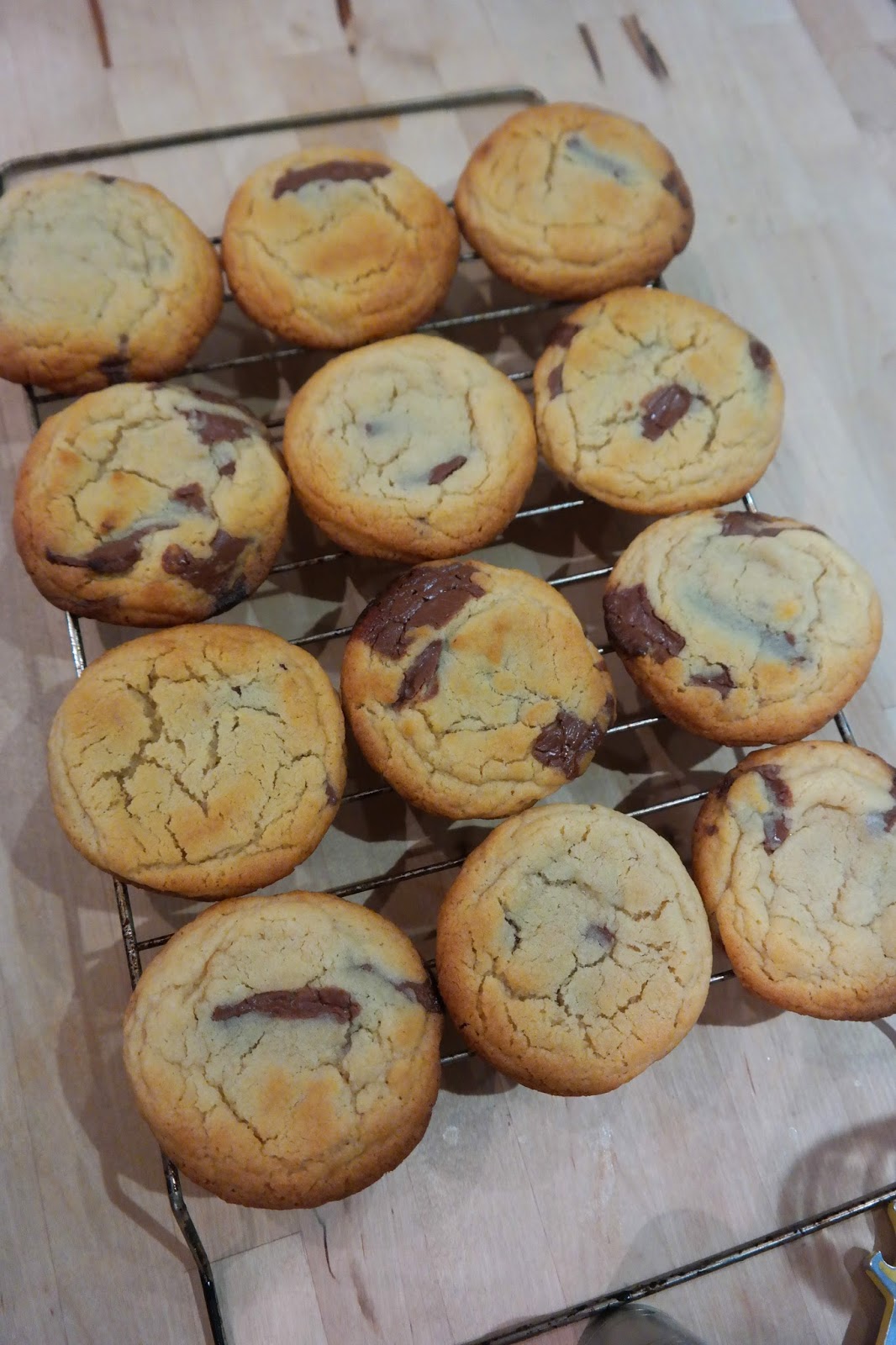 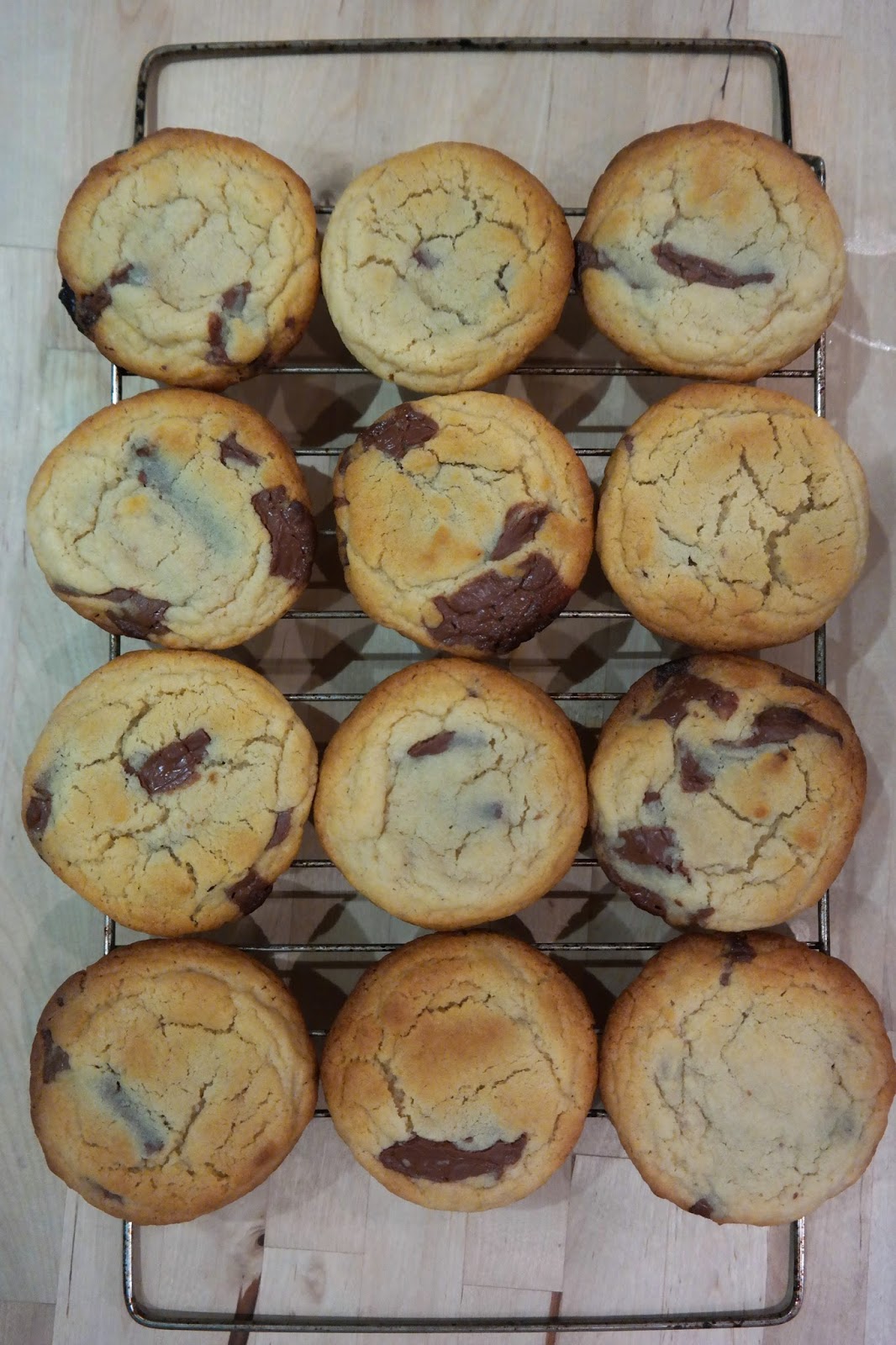 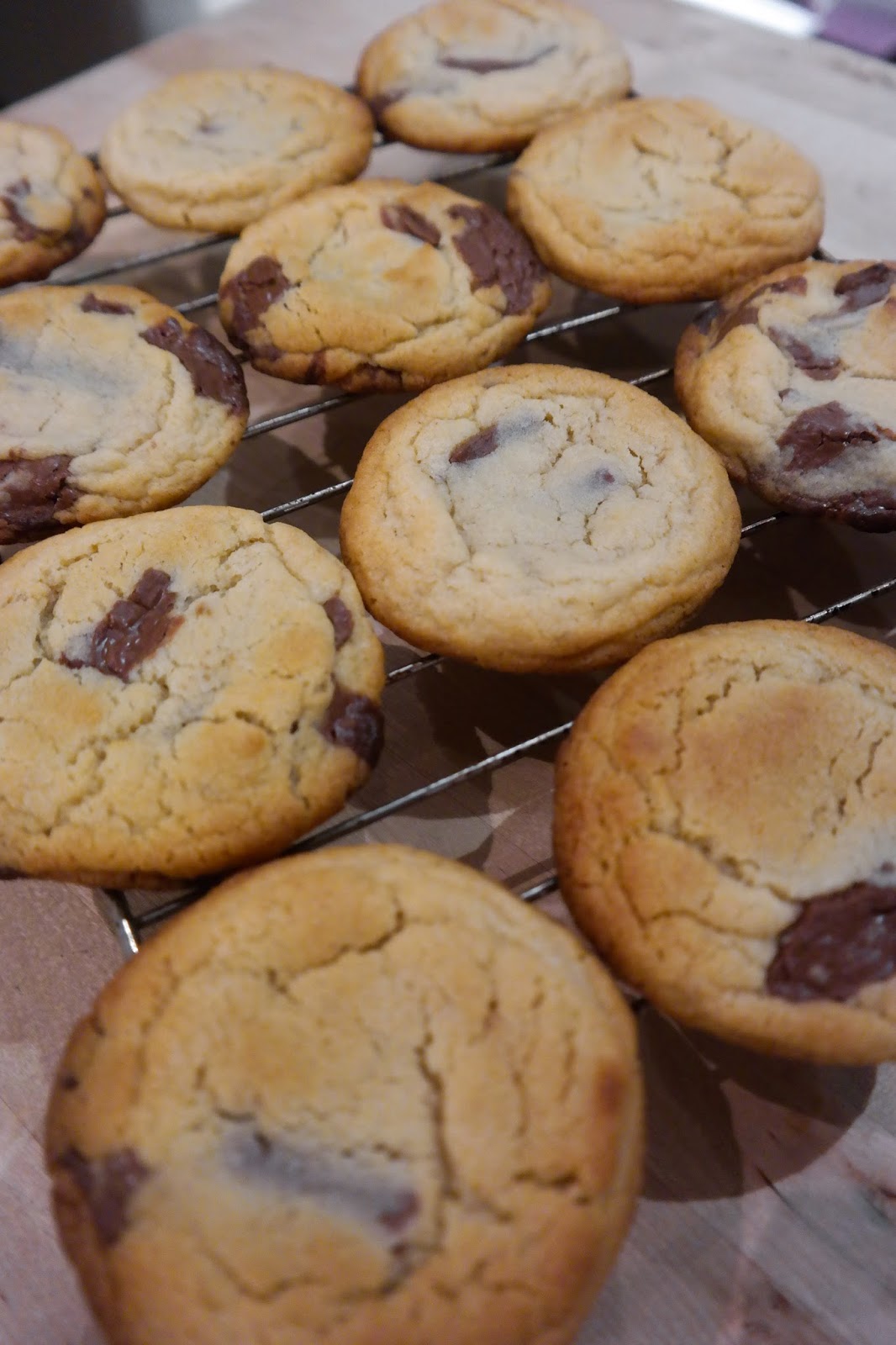 Cool on a wire cooling rack.  Resist temptation to eat the whole lot in one sitting. 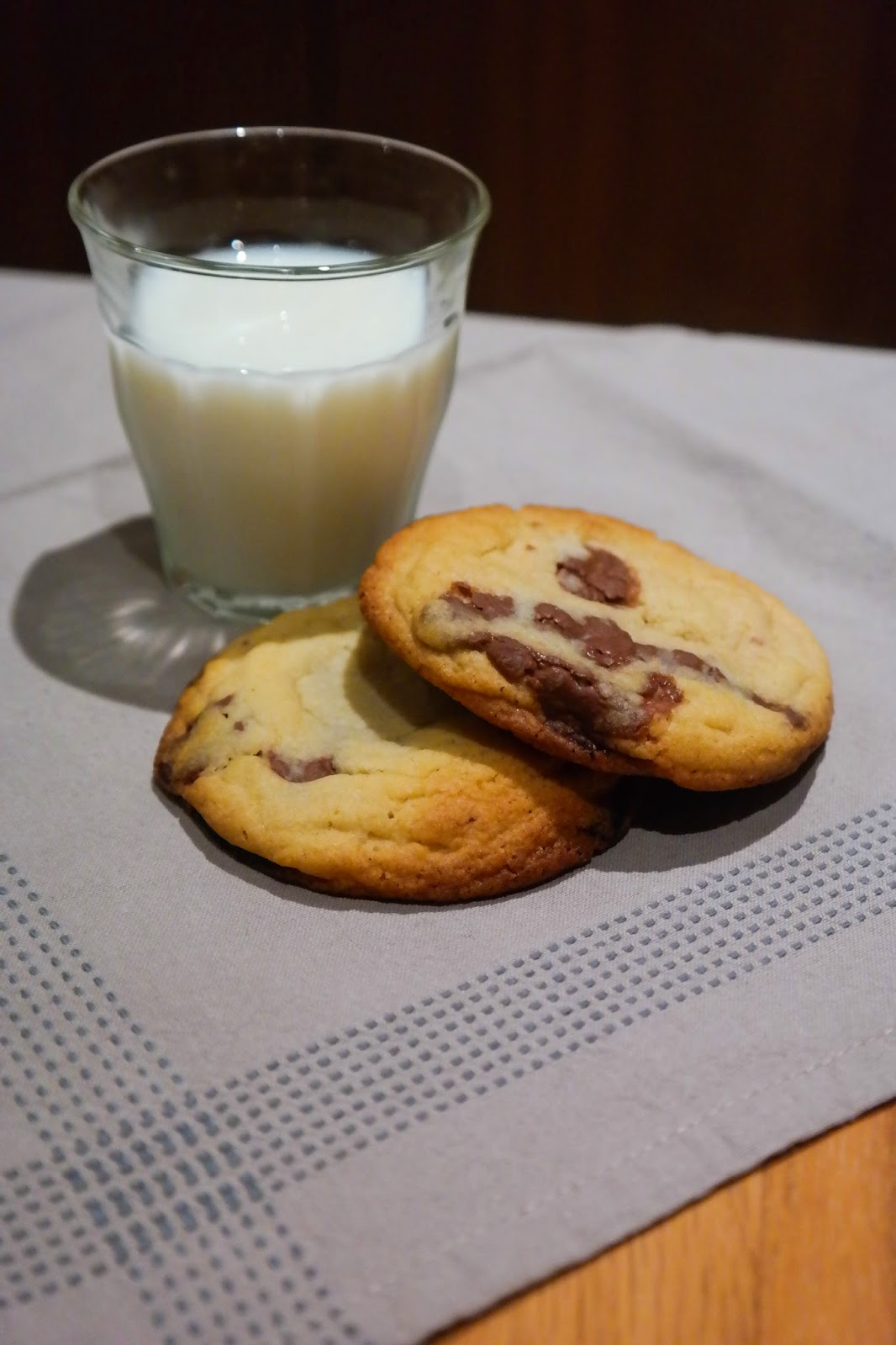 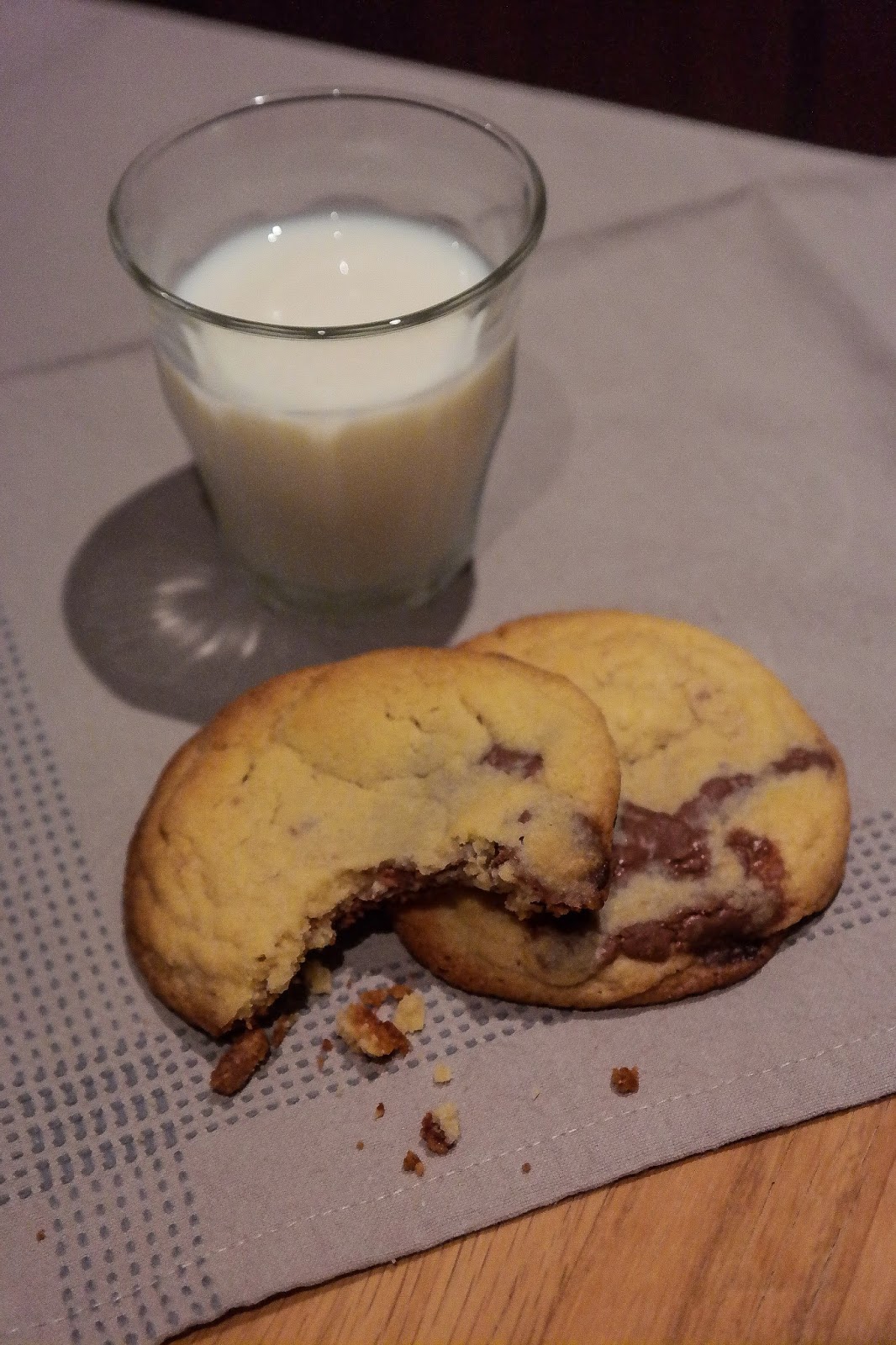