I feel like I'm going on about this a lot of late, but the weather at the moment is just gross.  Time to think of happier, sunnier climes.  To the shores of Corfu we go!

GrubsterGirl and I went last year and had a very enjoyable week that largely involved lying around on the beach and eating.  Yum yum yum.

Greek food is fantastic in hot weather (which is hardly surprising, given the blistering climate) and only really works when the sun is shining, you're sat outside (preferably within stumbling distance of the sea) and you're completely at peace.  It should be a long, slow meal of sharing plates and knick-knacks and fresh-as-a-daisy seafood and meats and cheese.  All washed down with Mythos beer or fierce retsina.

Which is why Taverna Kouloura is such a star: it hits bull's-eye on each of those points. 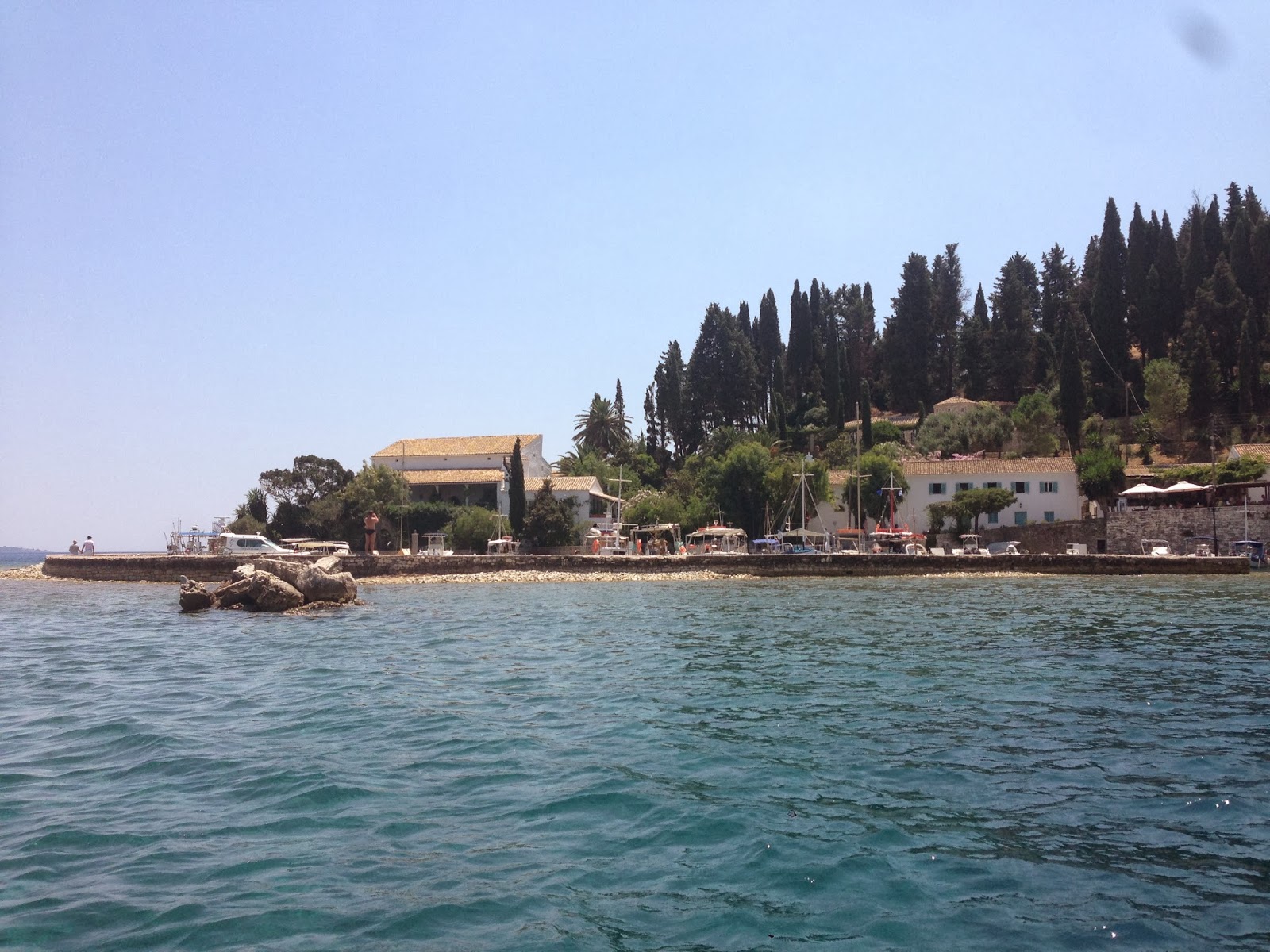 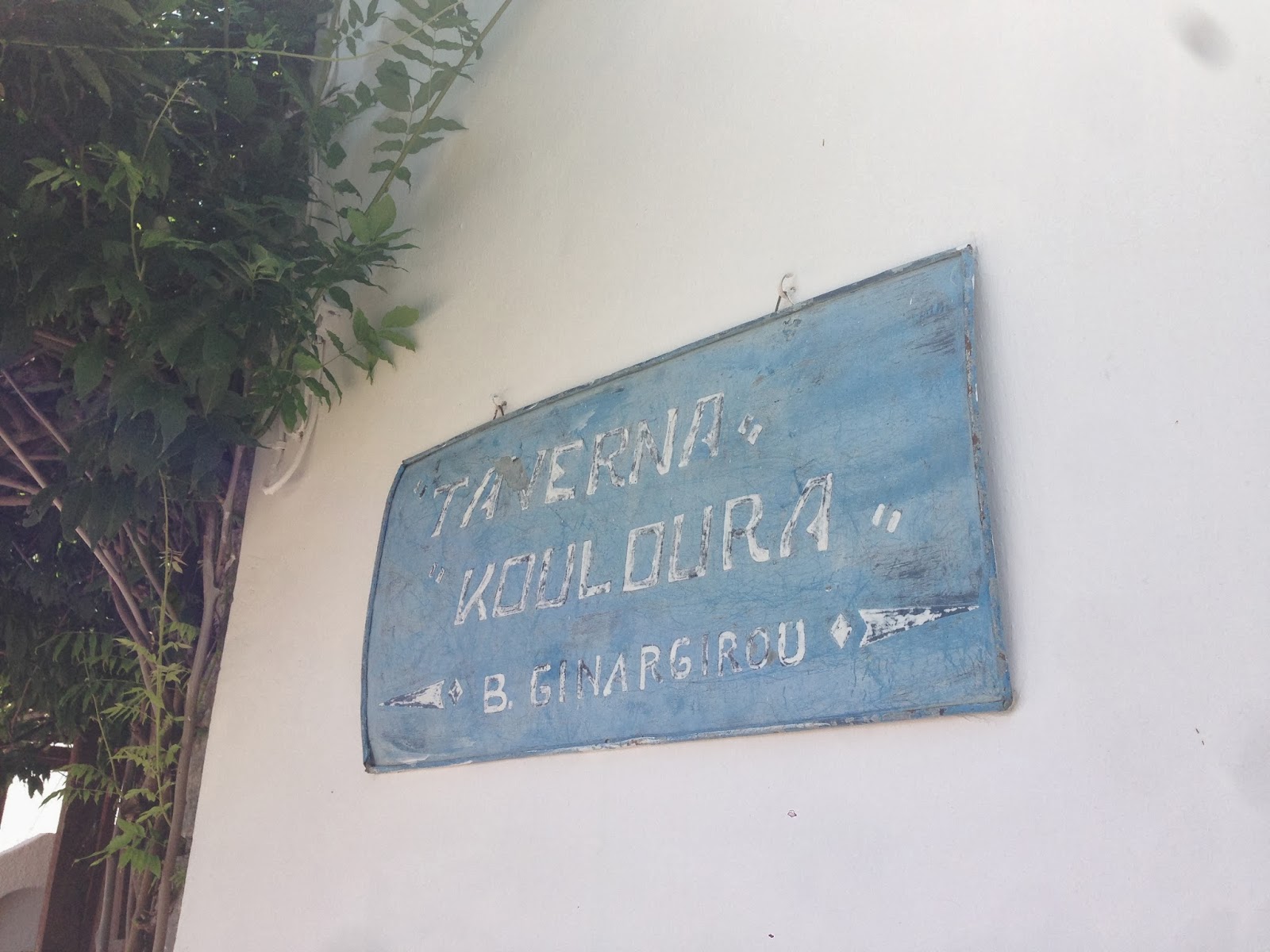 Situated above a picturesque little stone harbour, with the cicadas chirping in the surrounding cypress trees and olive groves, the setting could hardly be nicer. 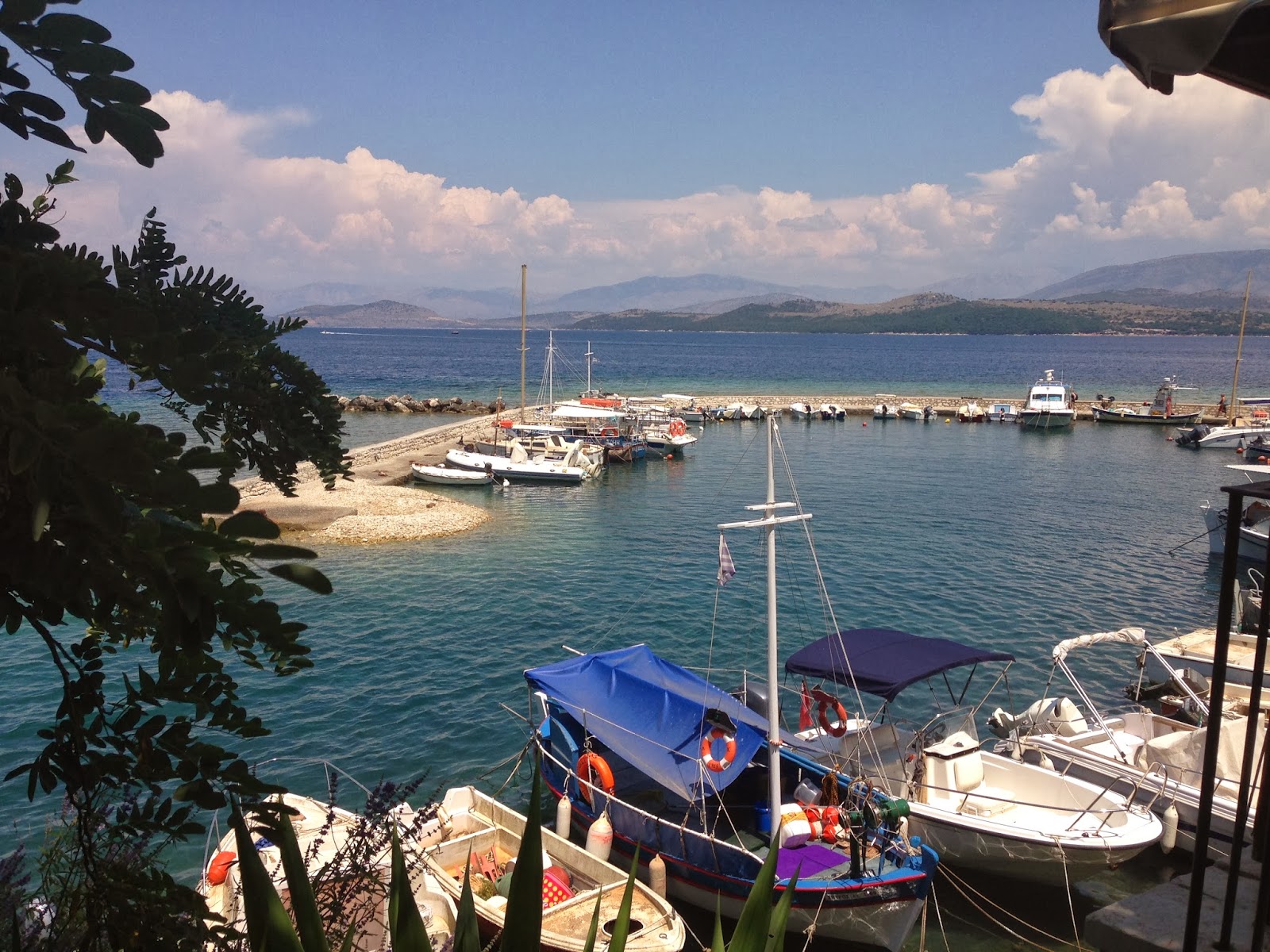 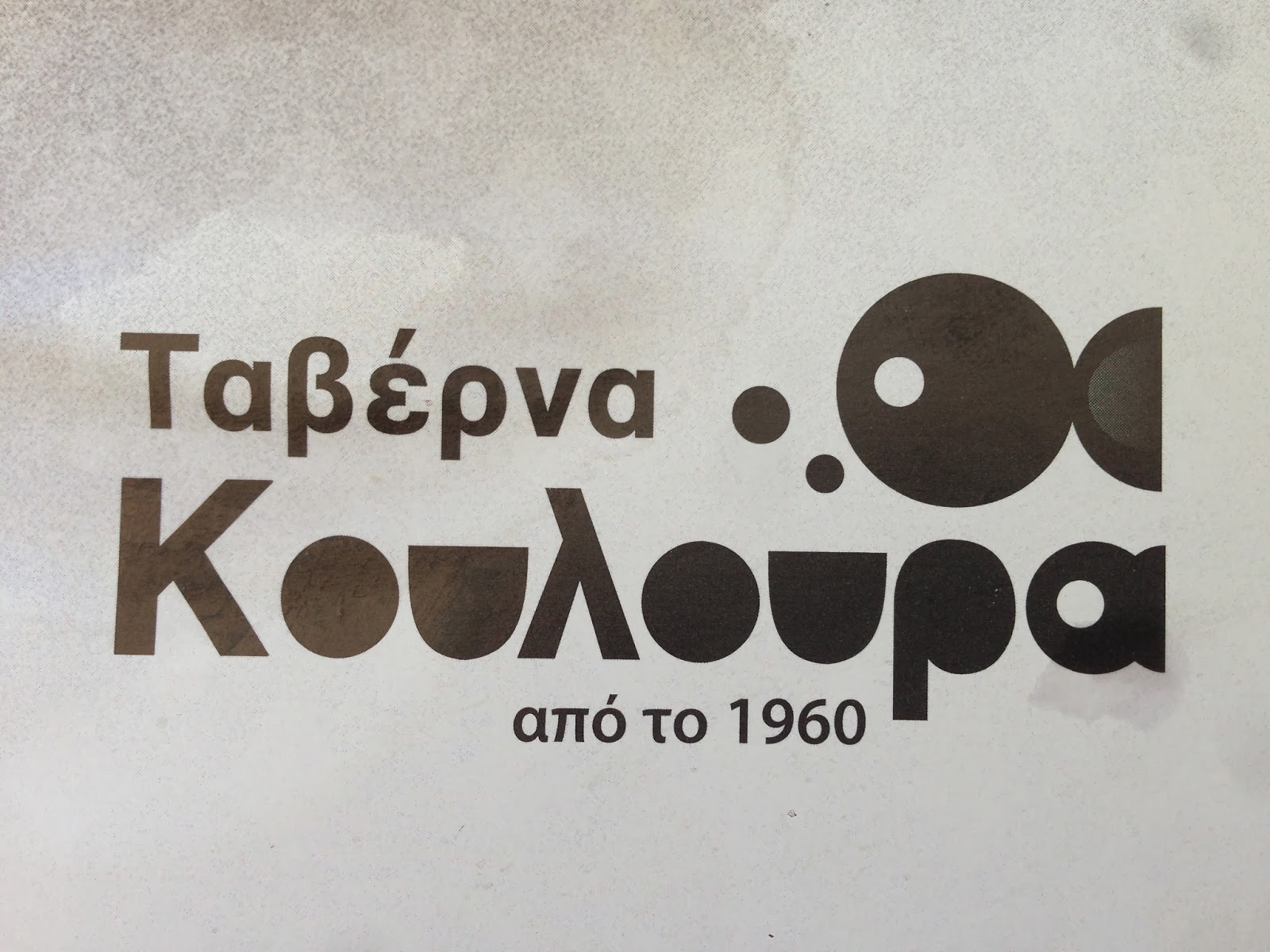 The food is also incredible.  Whether its run-of-the-mill chicken souvlaki... 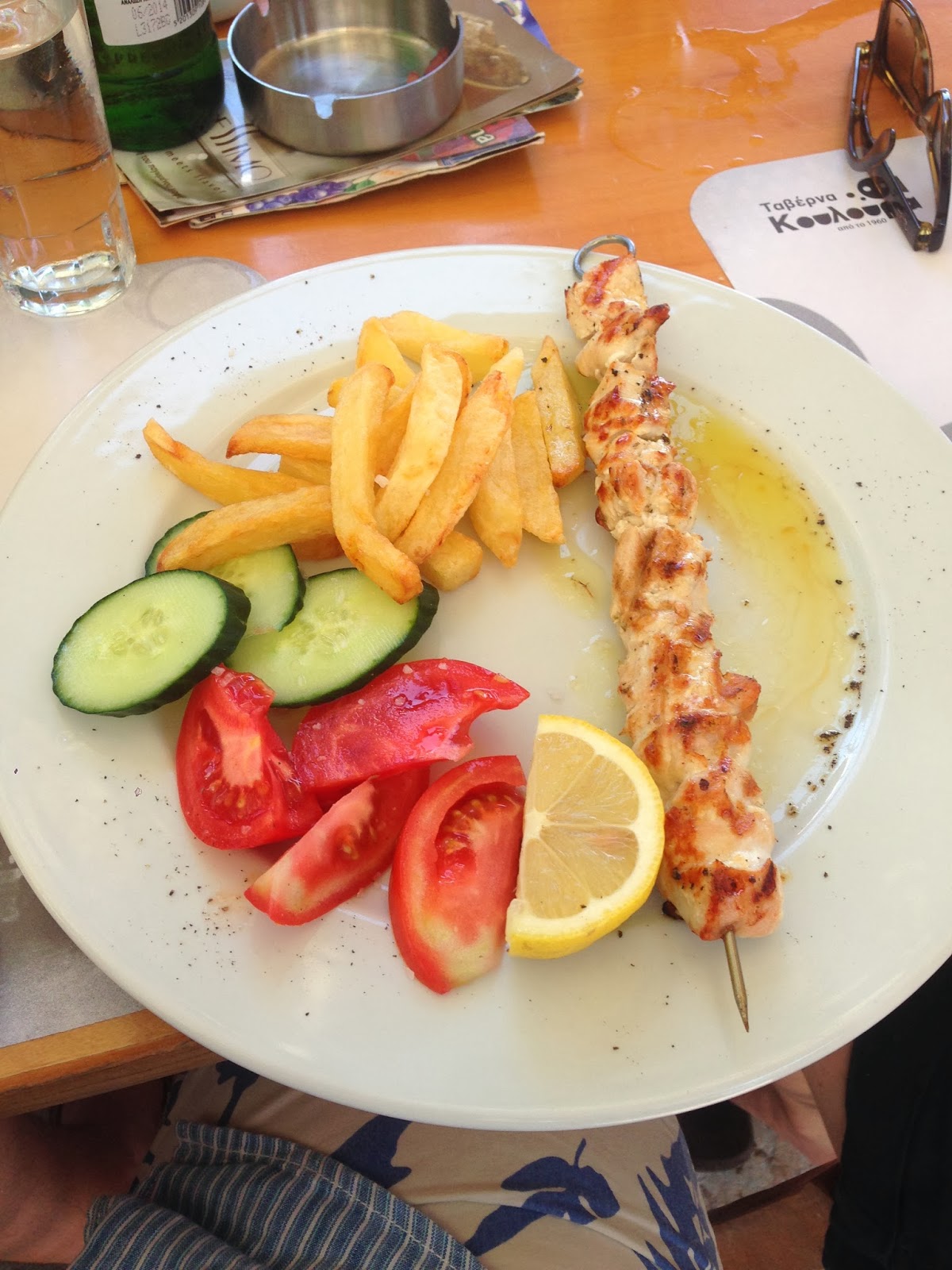 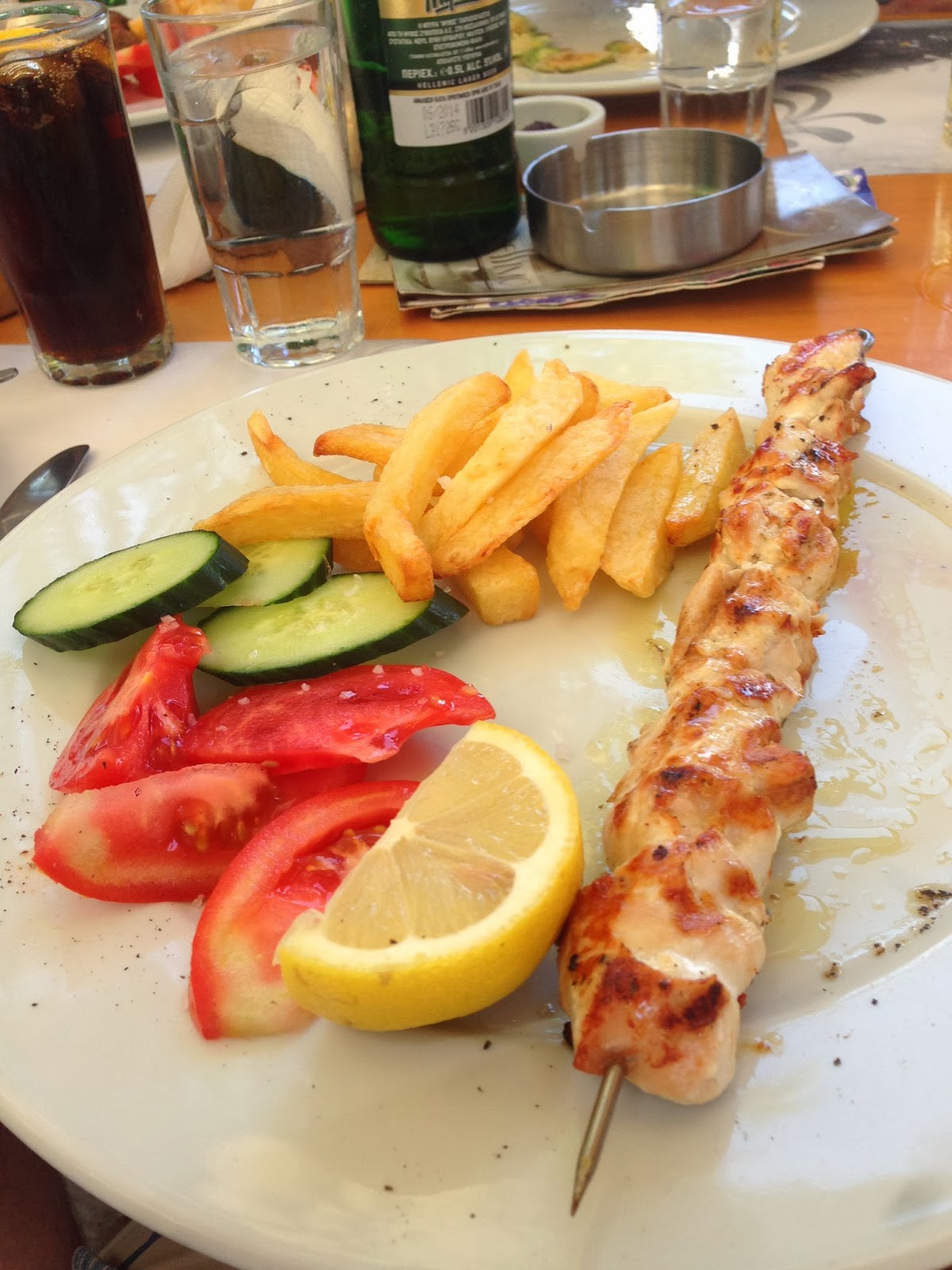 ...the little nibbles, like tirokafteri (a kind of feta cheese and chilli dip, which they make with red rather than more popular green chillies and roasted peppers)... 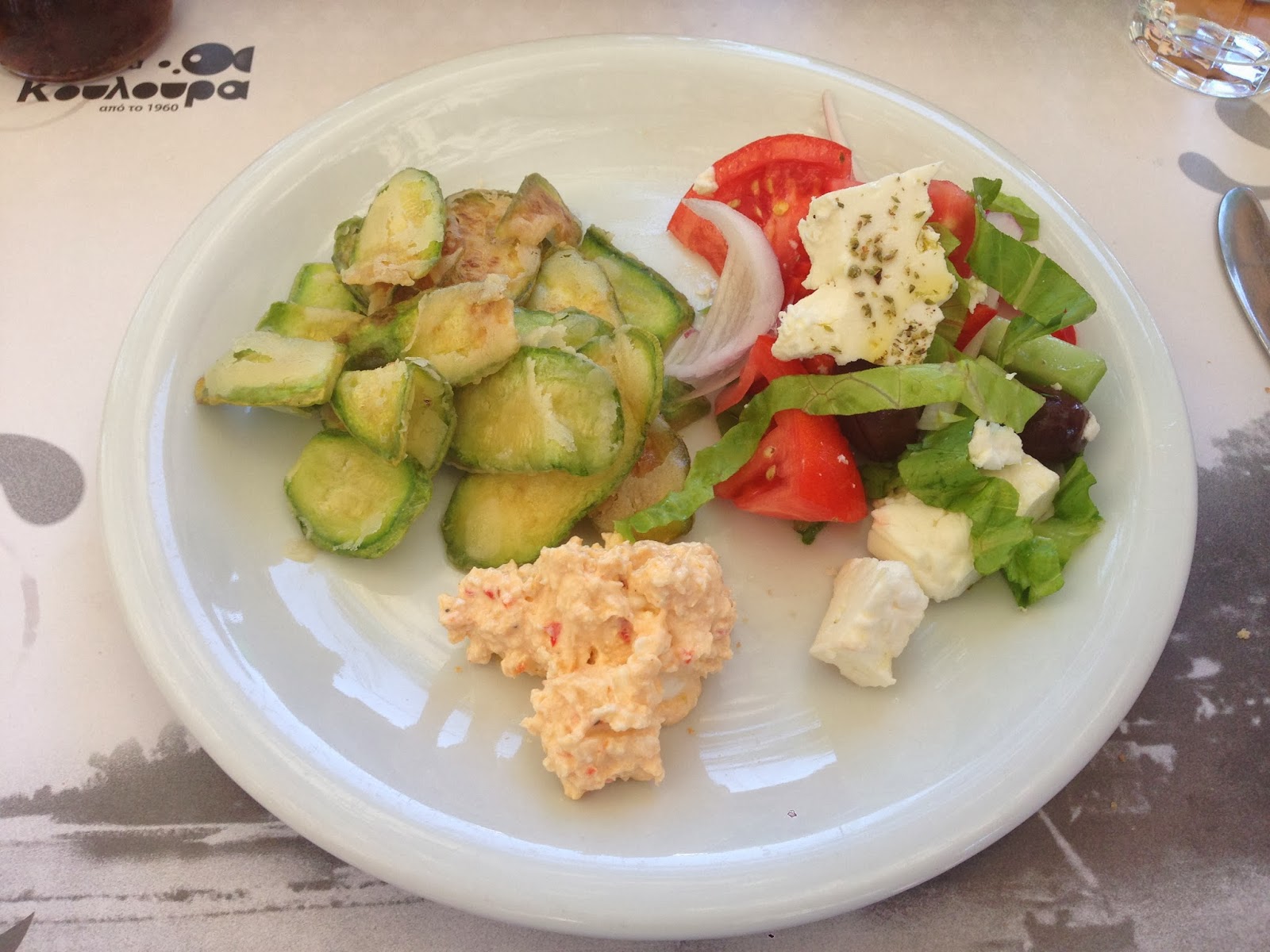 (Note particularly the friend courgette crisps – once a speciality of Kouloura, these have now become ubiquitous throughout – but they're still the best where they're the original, here.) 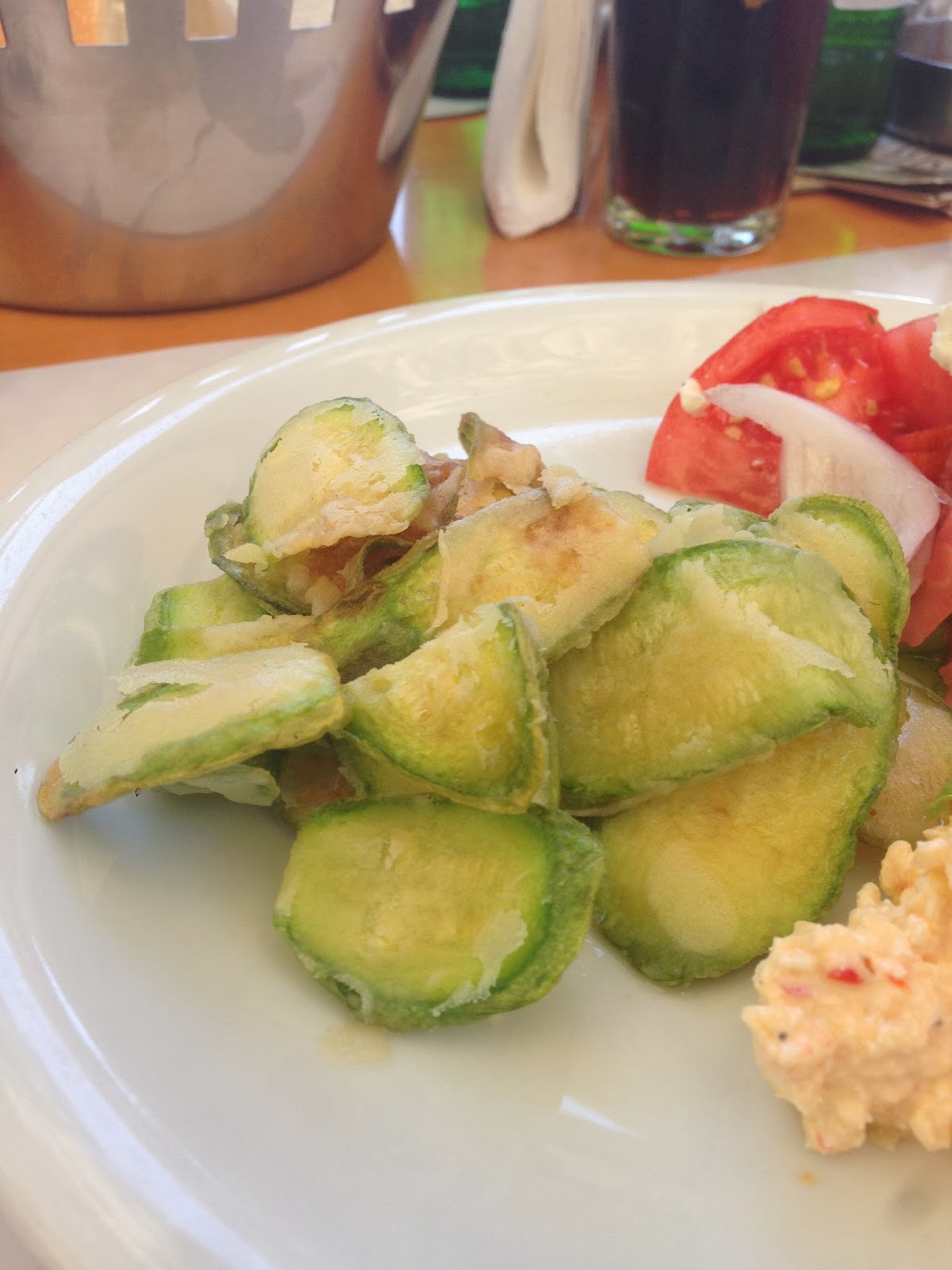 ...or baby squid cooked simply with lemon and olive oil, it can hardly be beaten. 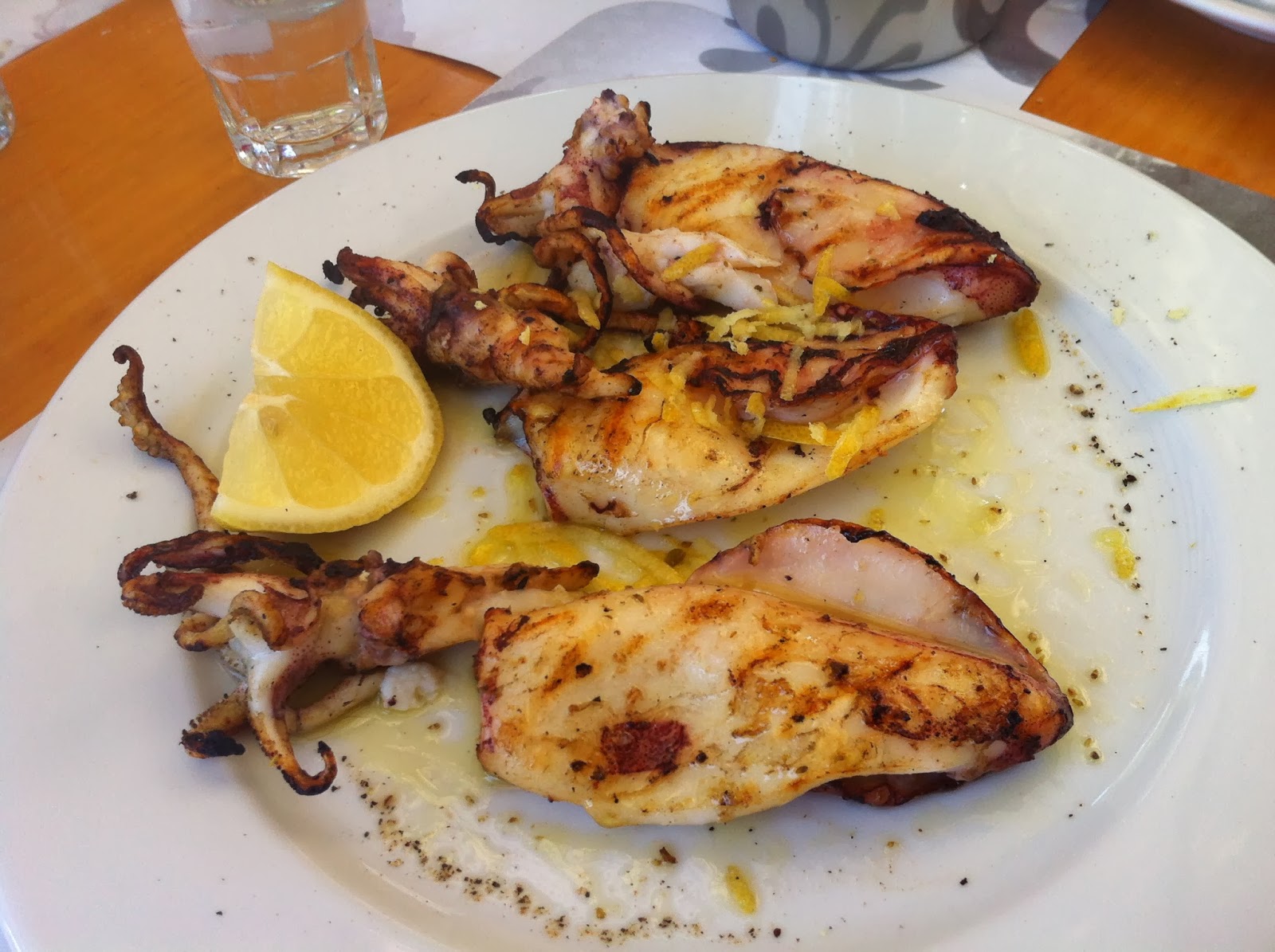 They also do a mean line in fresh fish, which you can select from a counter indoors and which they'll then whip up for you – simply fried or baked or served with the infamous Corfoit red sauce, it's always a winner.

And the puddings are spectacular too.  Baklava to die for, all crisp on top and chewy inside, laced with honey and cinnamon and walnuts and pistachios.  Greek coffee comes with its own little lump of Turkish Greek delight. 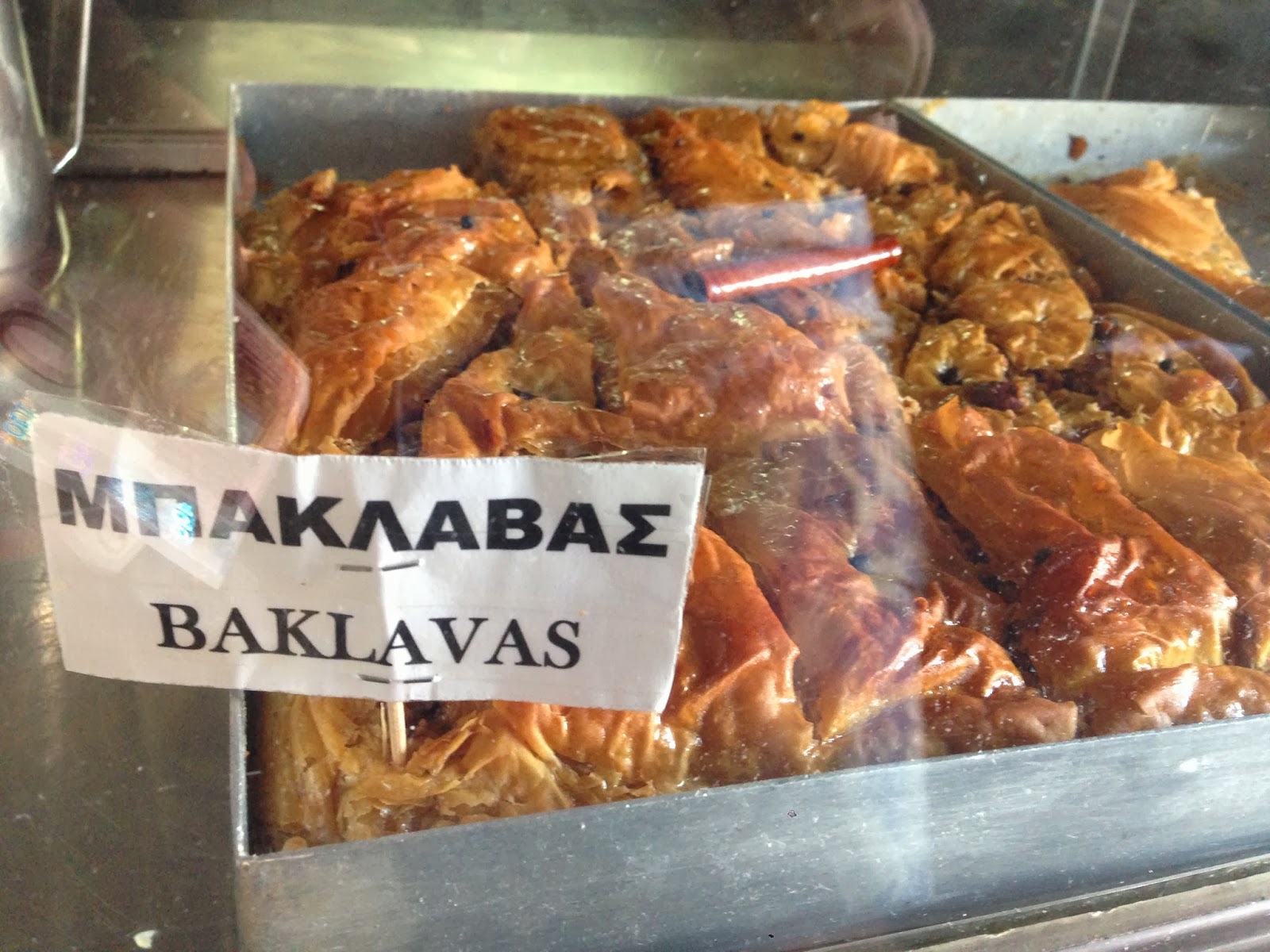 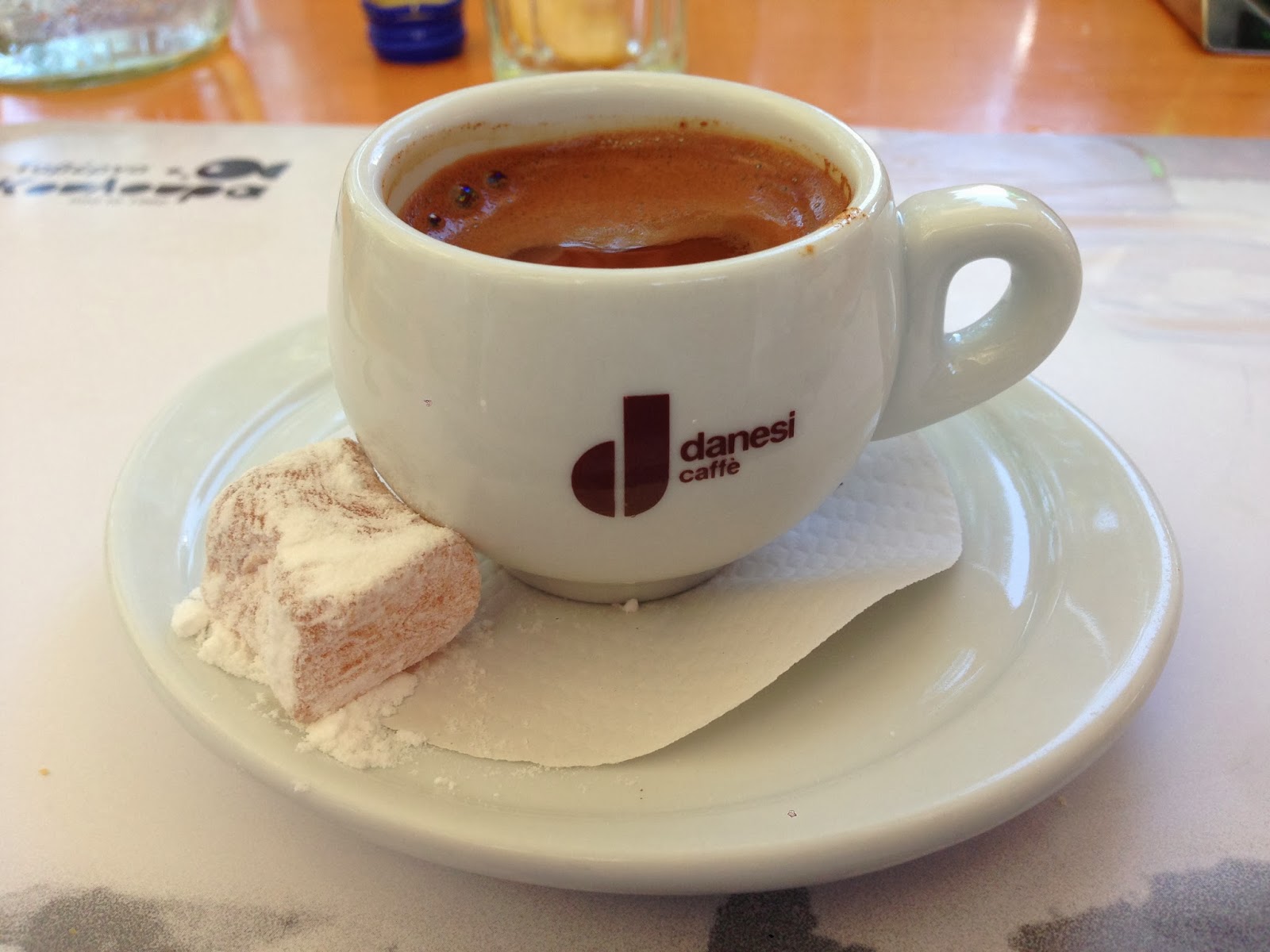