The weather recently has been GRIM.  Today is no exception.

It is a well-known fact that the more miserable the weather, the more you want to bundle yourself up in blankets, loafing on the sofa in front of the TV, with a big bowl of something warming and hearty.  I have a whole list of such comfort foods in my cooking repertoire that positively demand foul weather before they can be supped.  One such dish is French onion soup.

The French know exactly what they're doing with this dish.  It's an Alpine dish, in a way, that's designed for being chowed down at the top of a mountain in the most inhospitable of conditions to warm you up from the inside out. With a blizzard raging outside, what more could you ask for than a pot of this brown nectar with great garlicky chunks of crusty bread and topped with molten cheese? 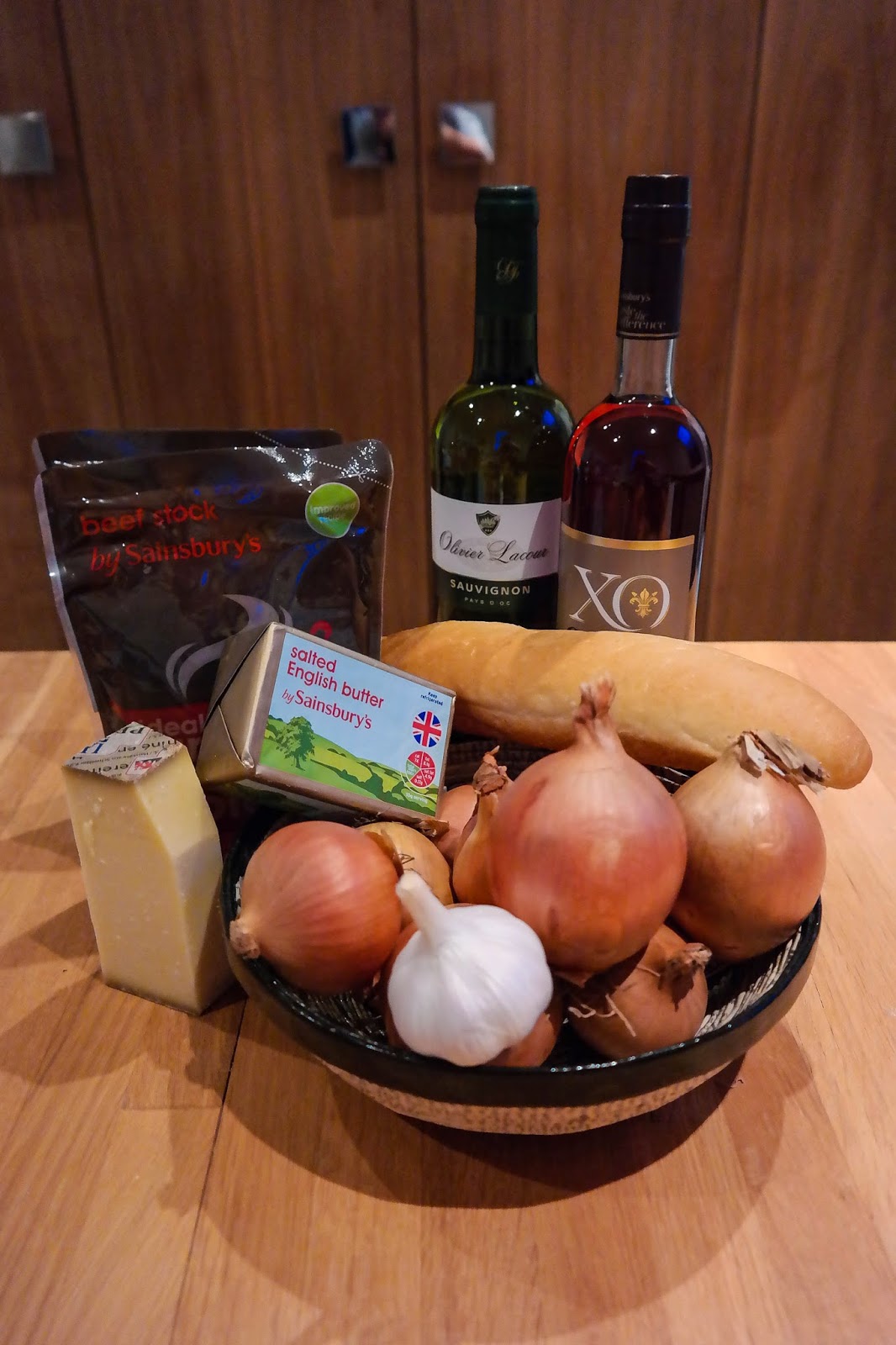 It's also remarkably cheap and simple, which is how I came to hone this particular skill whilst at university.  Since then I've graduated and started receiving an annual salary, but this recipe persists.  To keep the costs even lower you can sub in cheddar for gruyere, and omit the cognac.

1. Start by getting the oven on to 200°C and mincing two cloves of garlic into a bowl with 4tbs of olive oil.  Allow this mixture to sit for a bit whilst you get on with the soup. 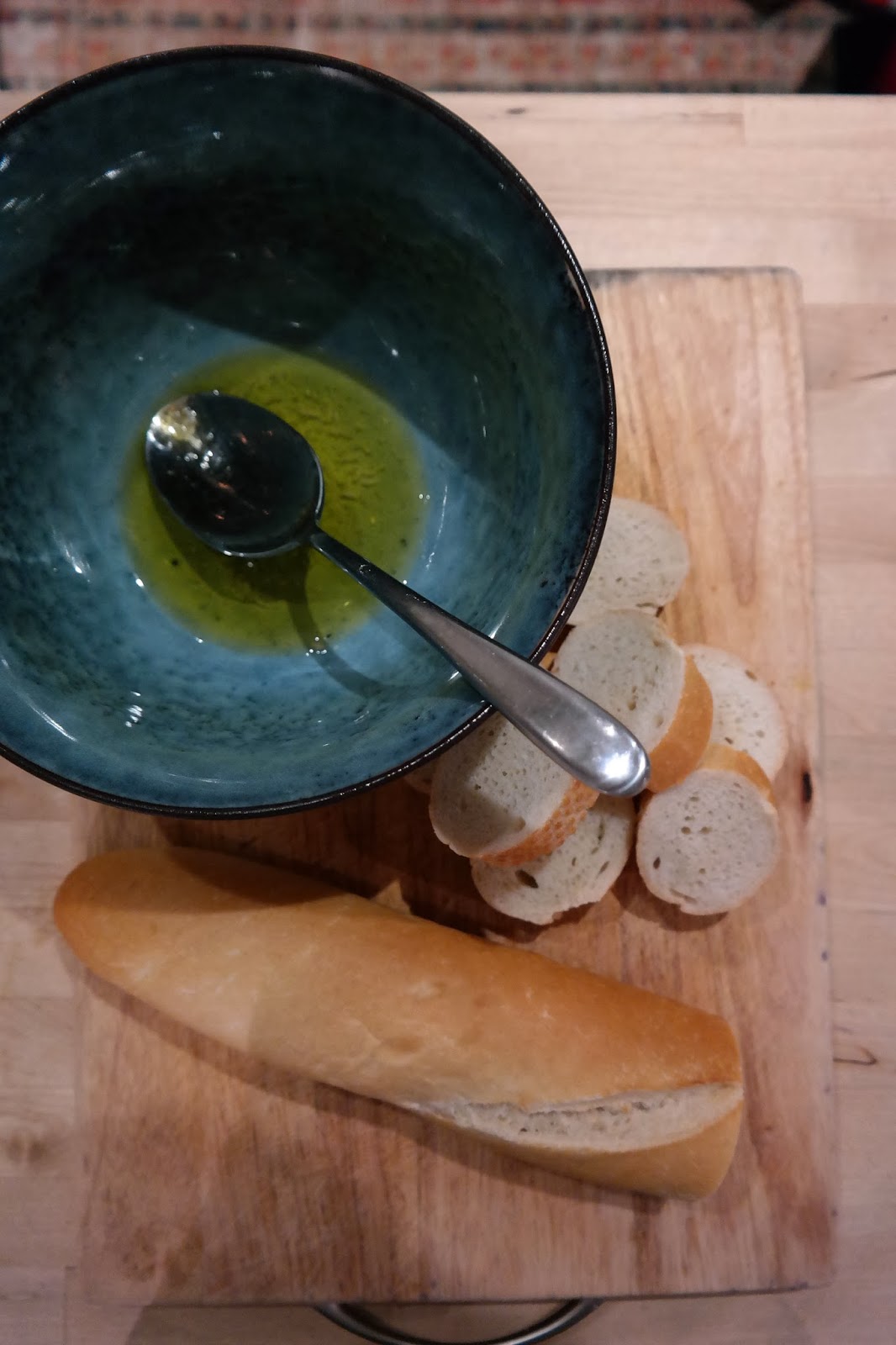 2. Slice the onions relatively thinly, but not so much so that they'll turn to mush in the pot.  You want to be left with nice, long strands in the soup. 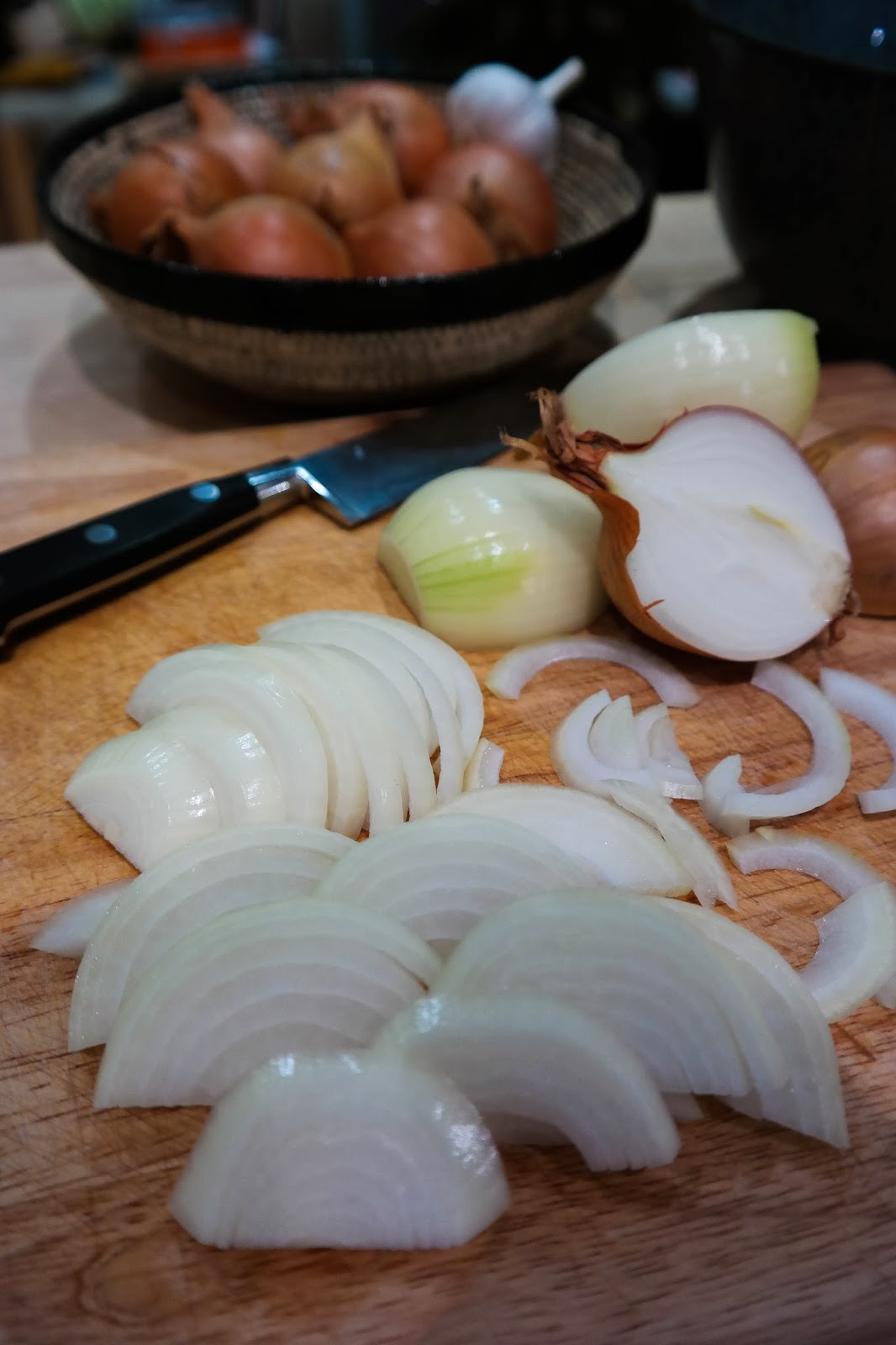 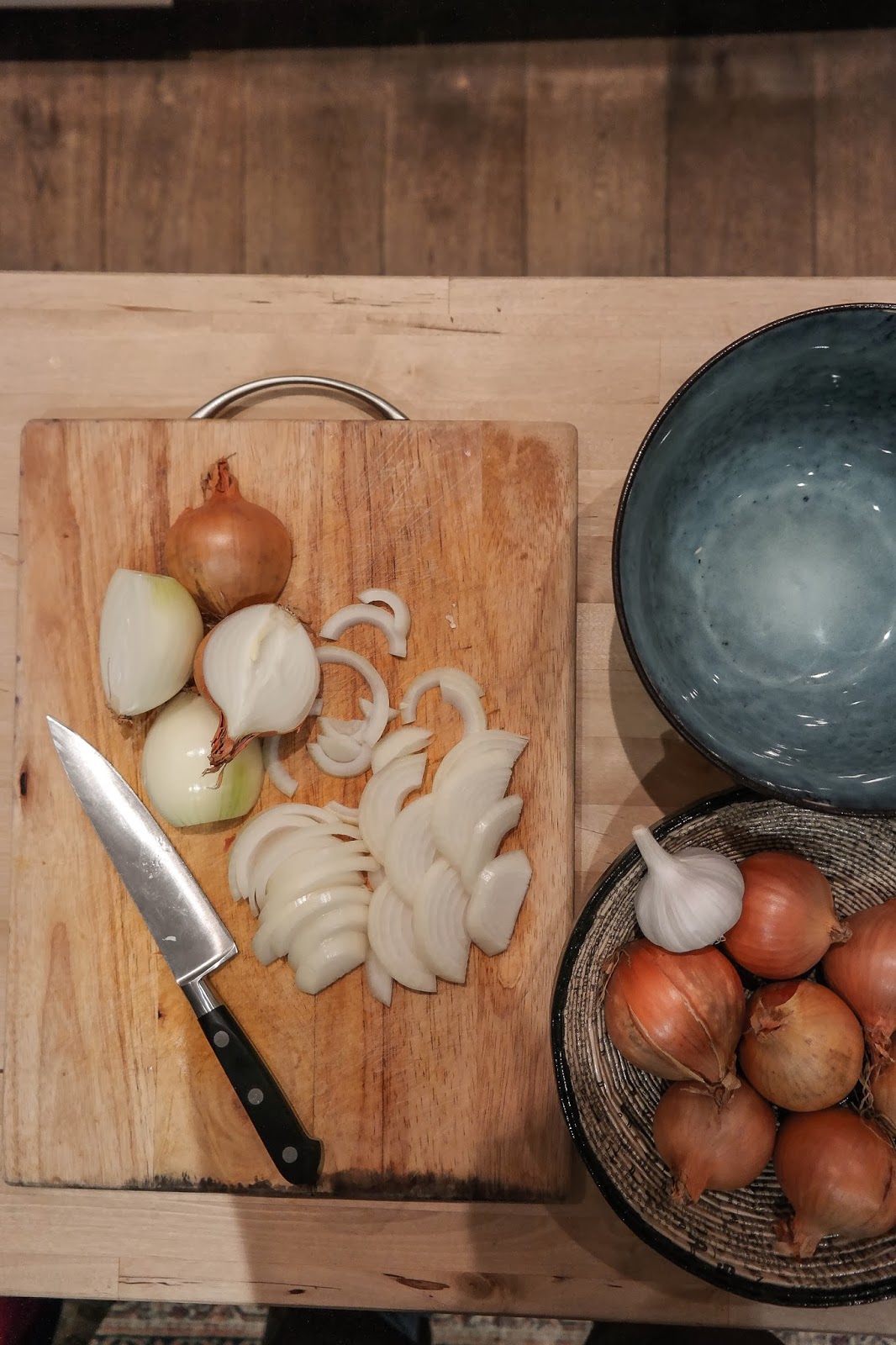 3. Melt the butter in the pan with the oil.  Add the onions and turn the heat up.  Don’t be perturbed that there are absolutely tonnes of the onions in the pan, that's perfectly normal and they'll cook away to about a quarter of that quantity – if not less.  Cook on a high heat until the edges have started to brown. 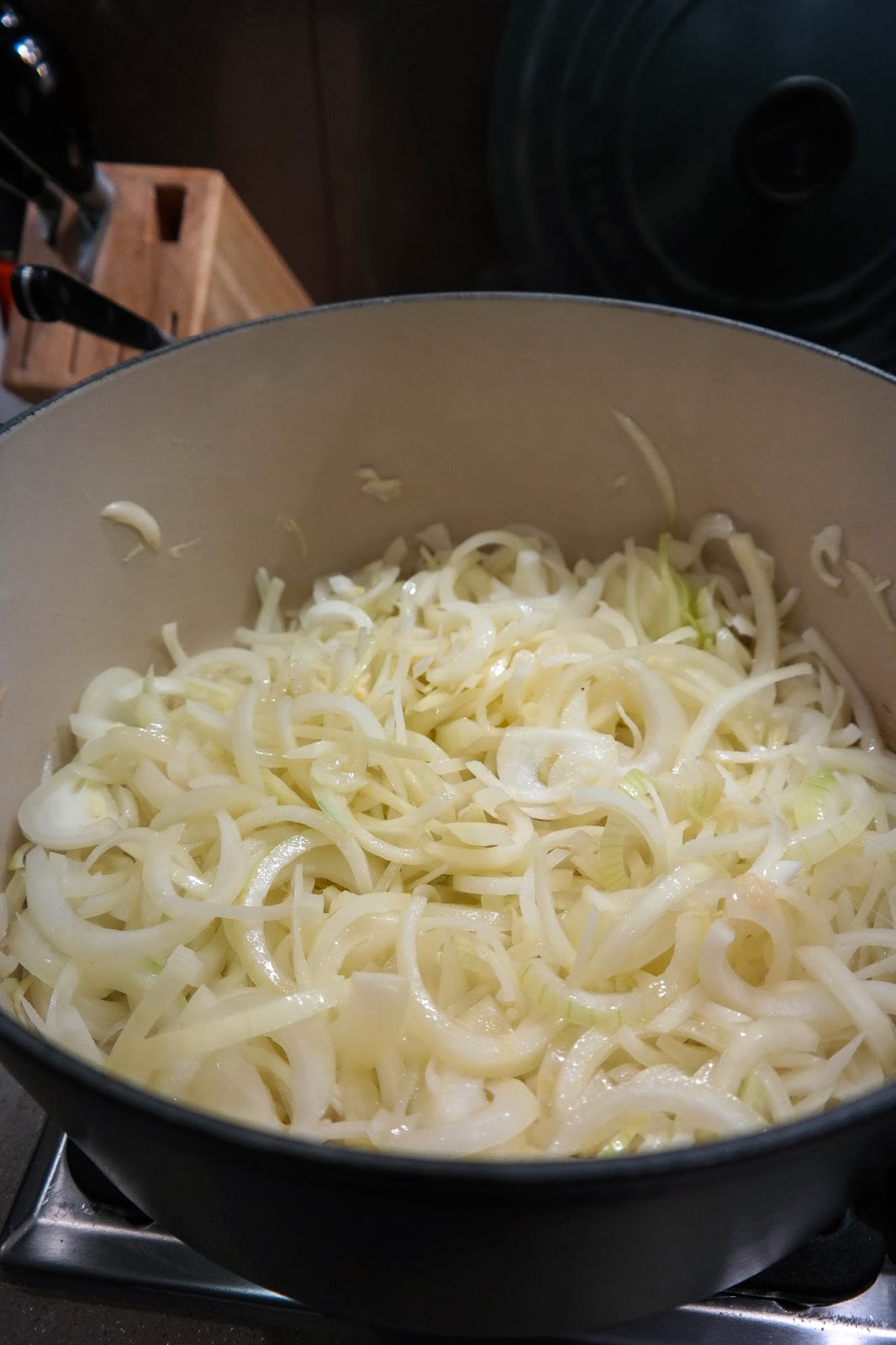 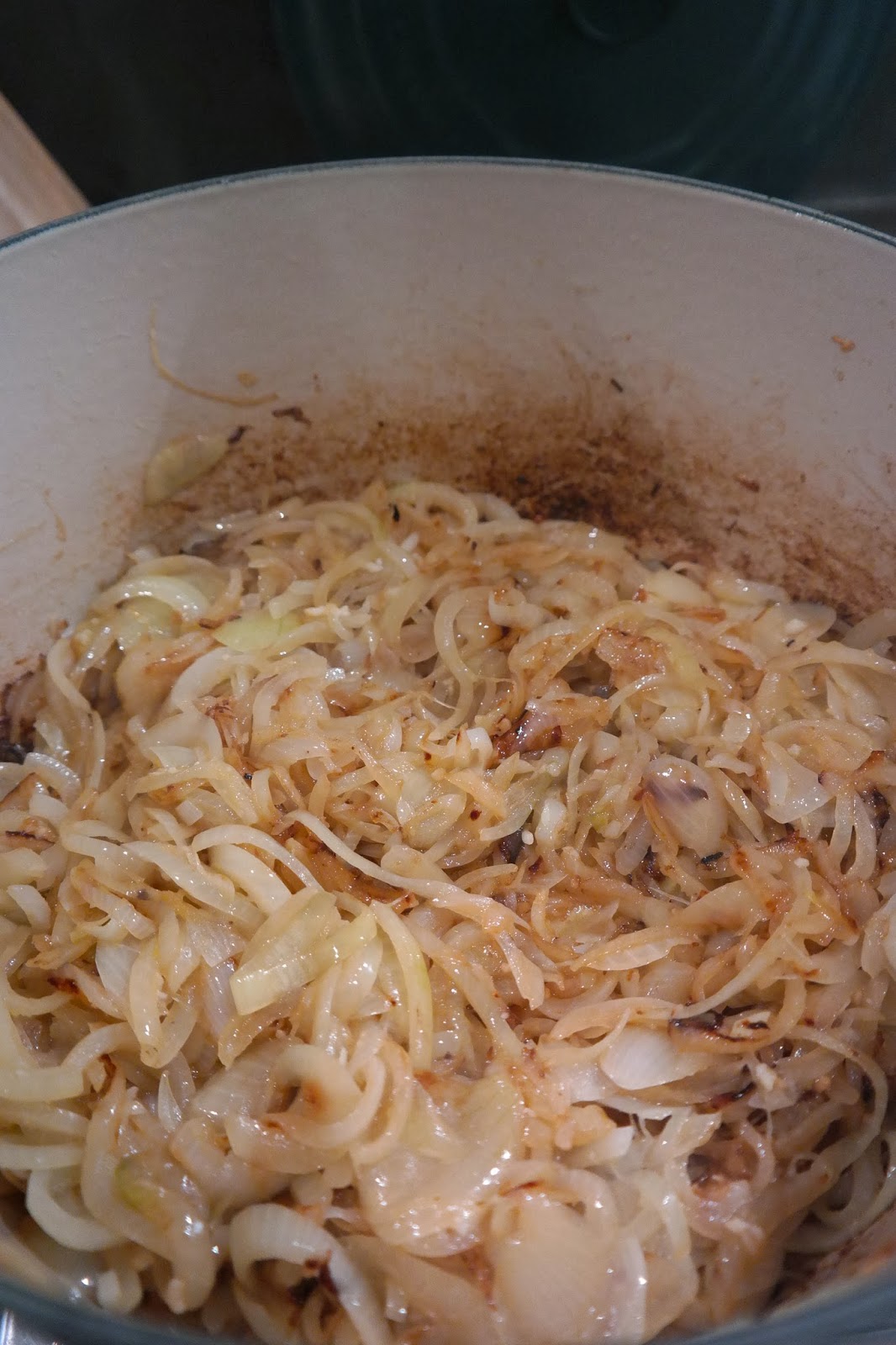 4. Turn the heat right down and let the onions cook right down.  You want to get the onions to a state where they’ve gone a caramelised, sweet brown, with lots of unctuous sticky goo gently bubbling away in the bottom.  Thomas Keller cooks his until they're properly dark brown and reduced to virtually nothing, but I think that's a bit excessive – I've tried it and it doesn’t seem to add an awful lot, to be honest. 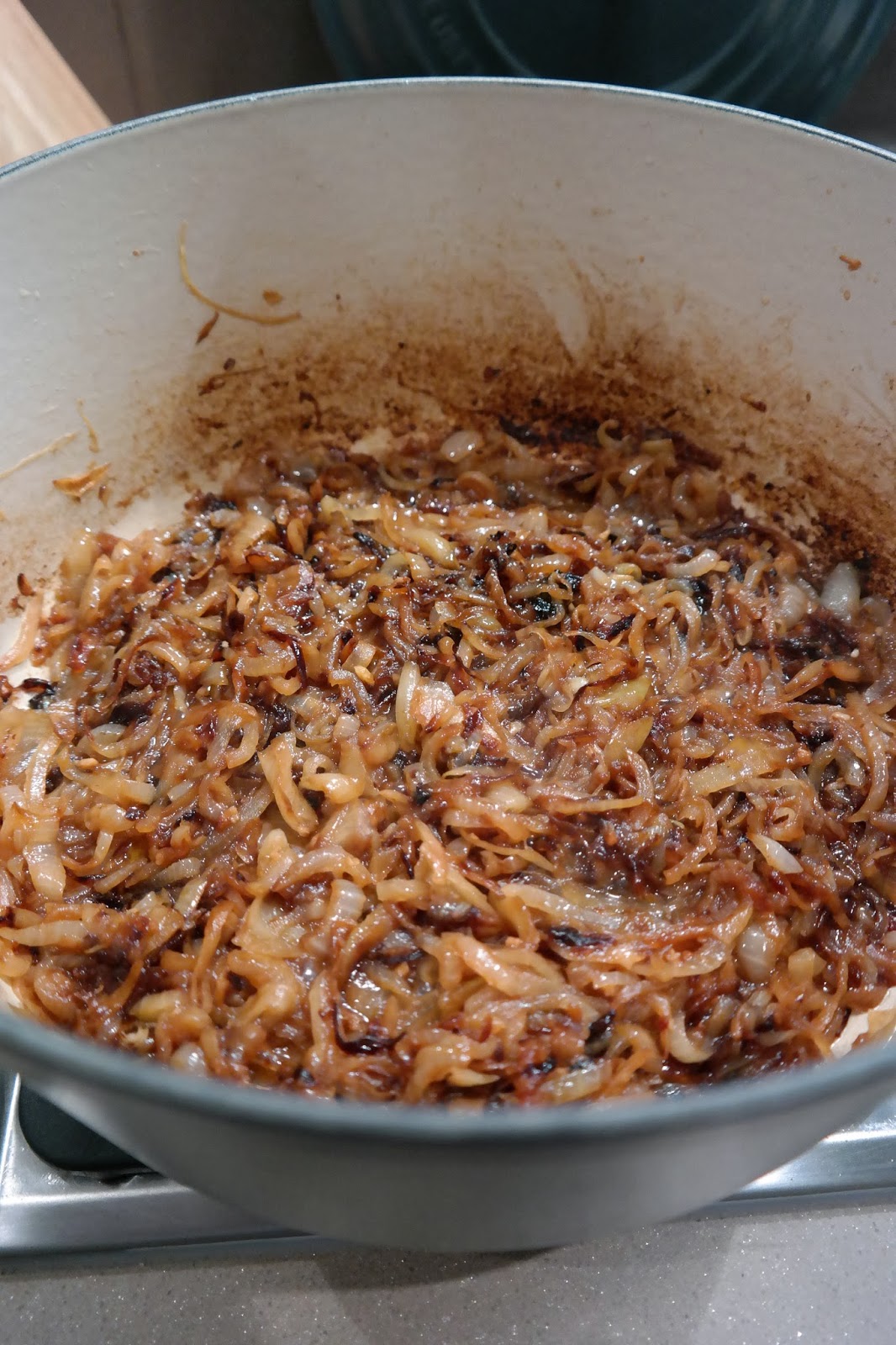 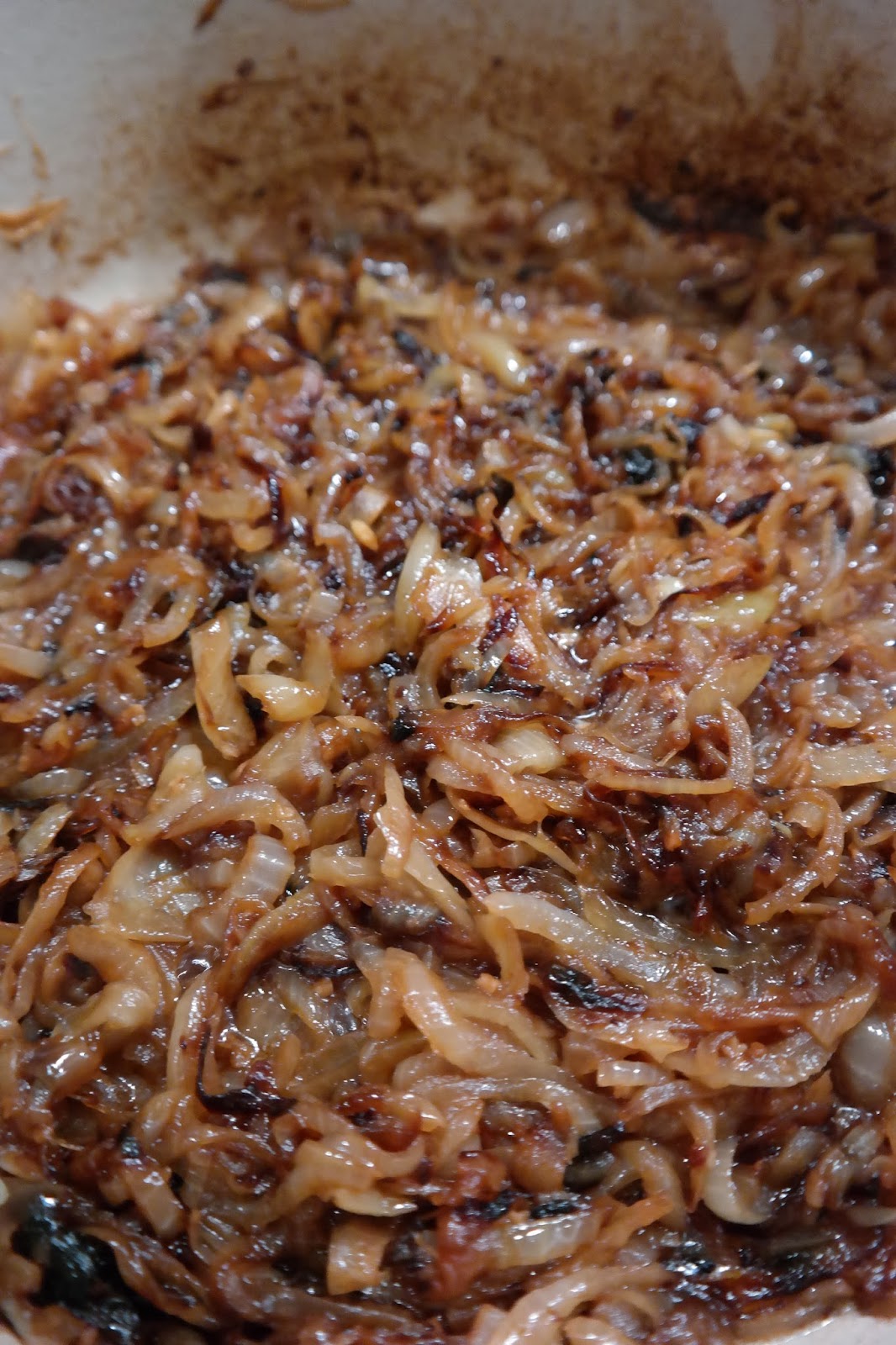 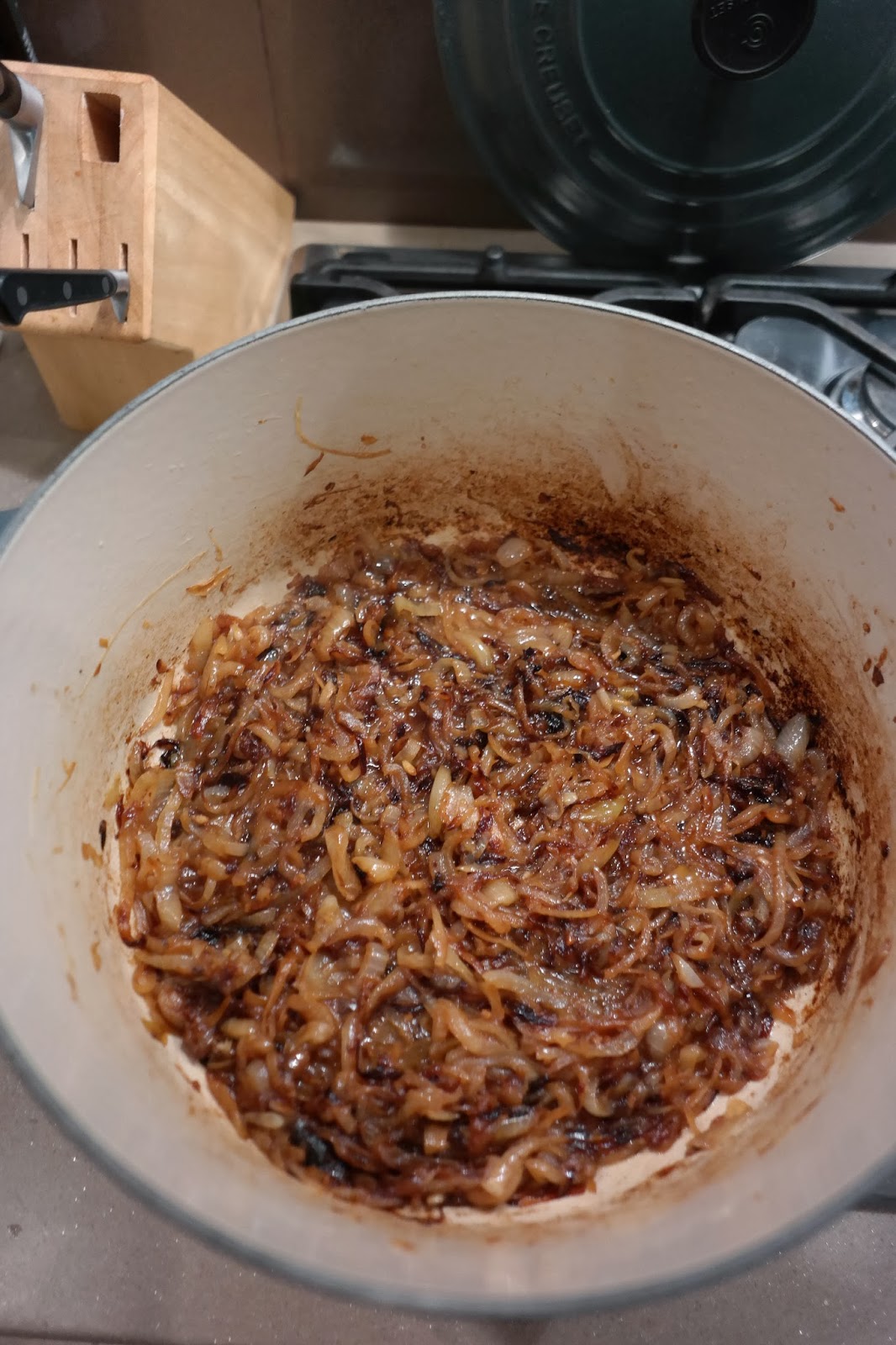 5. Meanwhile, slice your baguette horizontally, so that you have nice rounds about an inch thick.  If you have a slightly stale baguette, then use that – it'll become less sloppy in the soup.  Lay them out onto a large metal baking sheet and brush the both sides of each crouton with the garlicky oil. 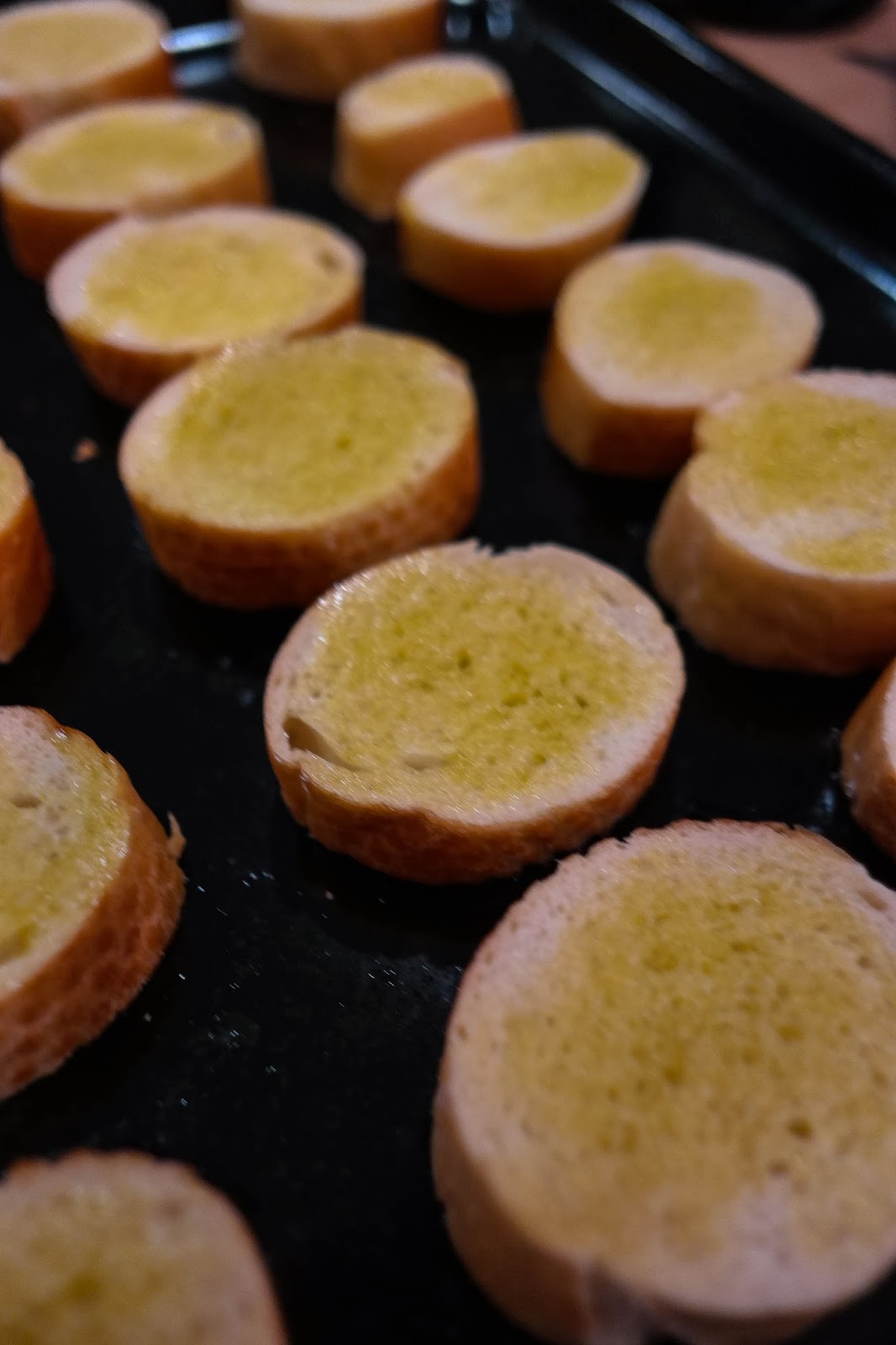 Into the oven they go, for 10-15 minutes or until golden brown and toasted. 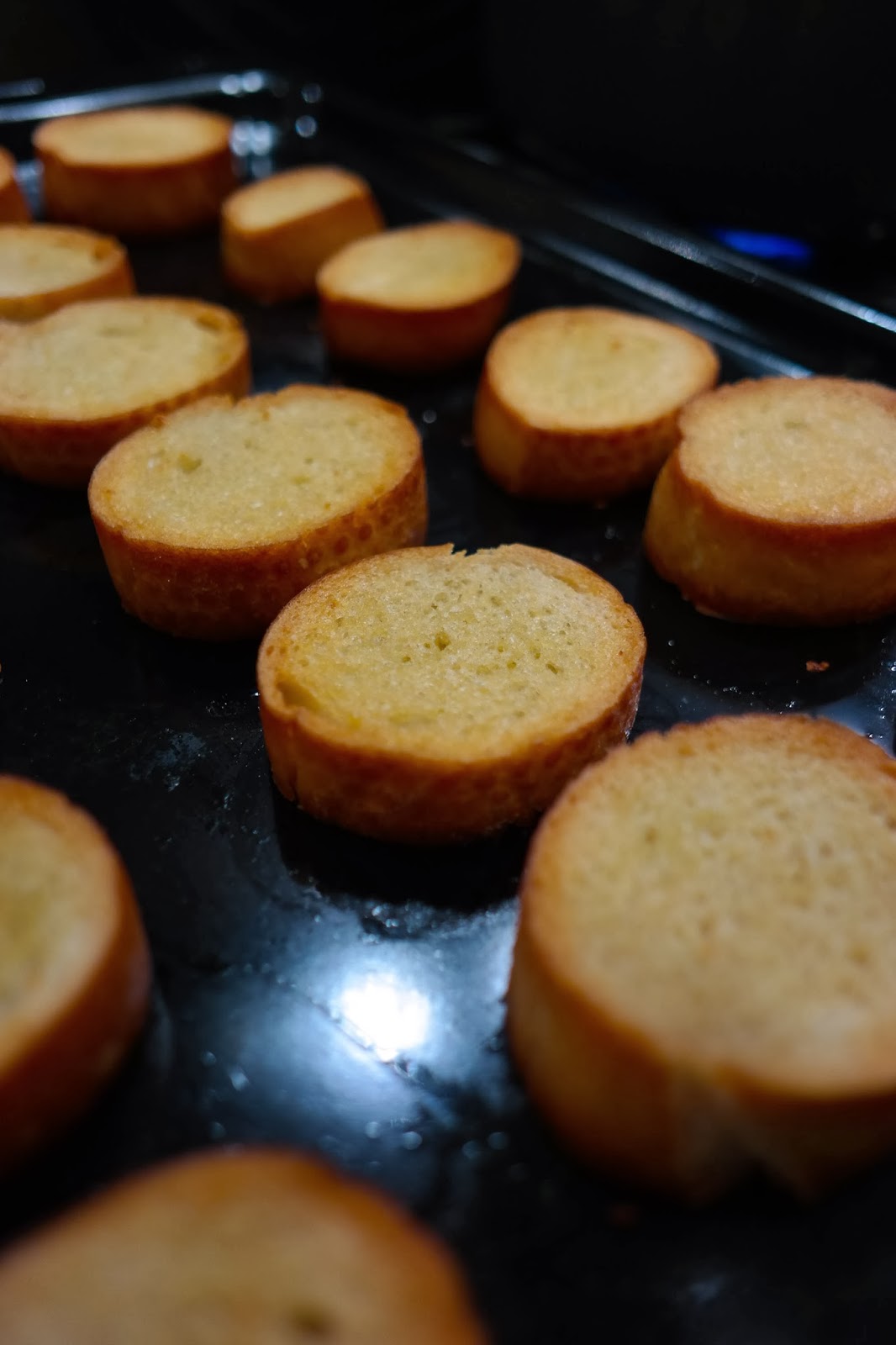 6. When the onions are ready you'll have a pan that's coated with brown gunk and beginning to look a bit like it will never go back to normal.  Fret not.  Simply add the wine now and use a wooden spatula or spoon to scrape all the gunge off the bottom.  Et voila, a clean pan.  Throw the stock in now and bring the mix up to a gentle simmer.  Give it another hour or so now, tasting it every so often.  Initially there'll be an underlying sharpness which, as the mixture cooks, will gradually fade away.  When it does so, you're good to go. 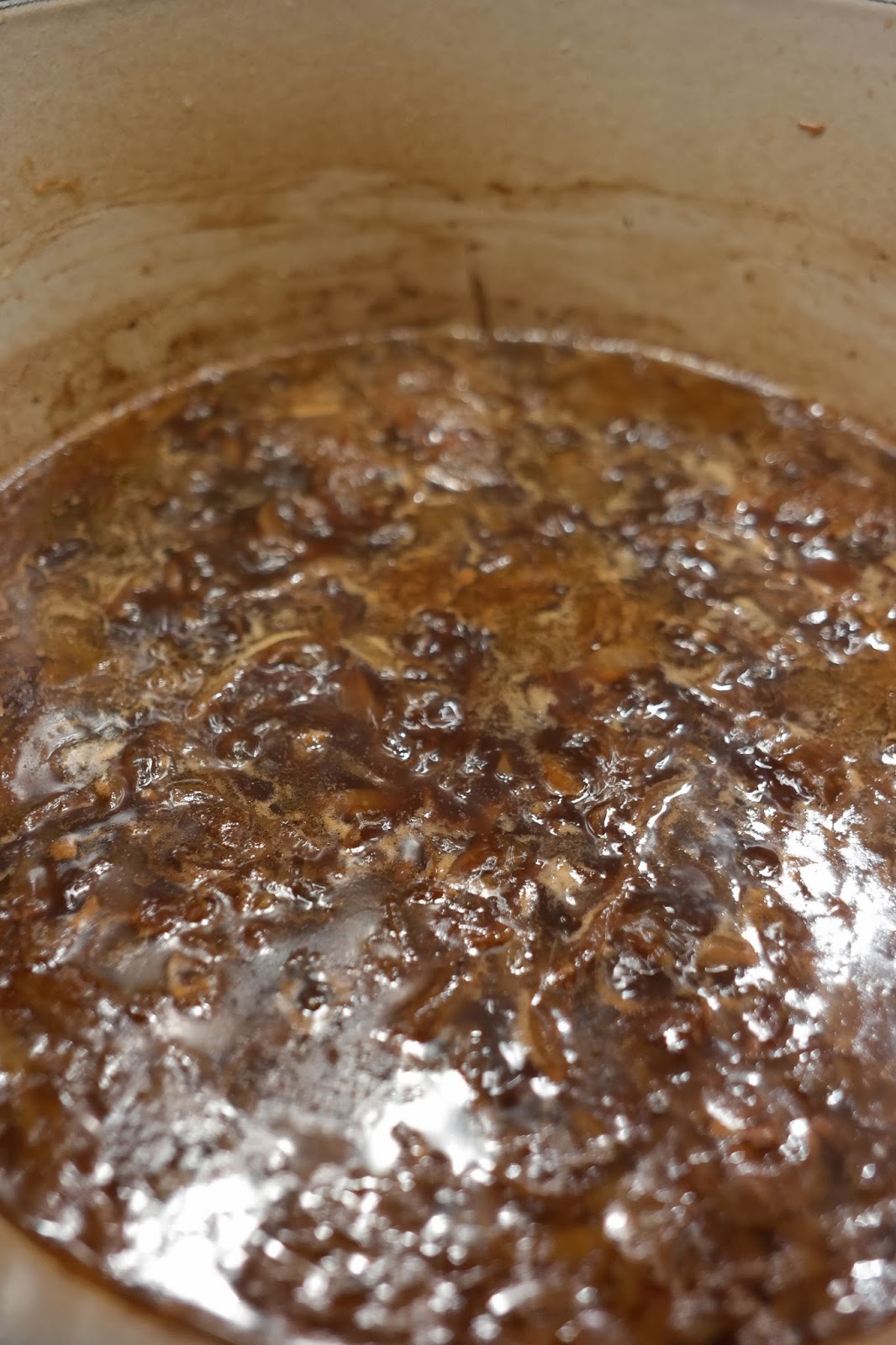 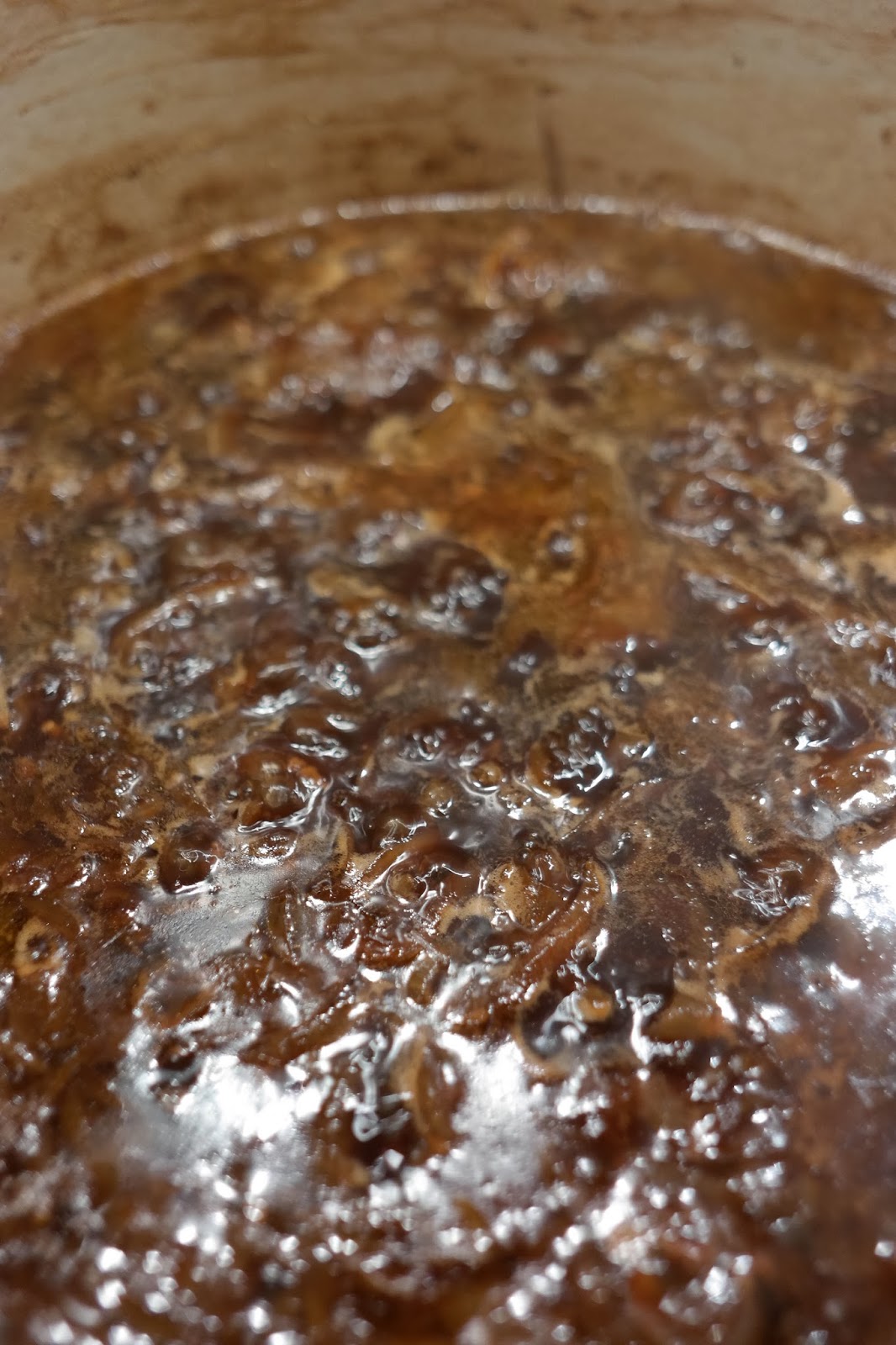 7.  Whilst it's bubbling away, grate the cheese.  Arrange the croutons across the top of the soup when it's ready and sprinkle the cheese liberally over the bread.  Chuck it in the oven for five minutes (max) or until the cheese has melted – or, better yet, stick it under the grill so that the cheese can toast away quickly. 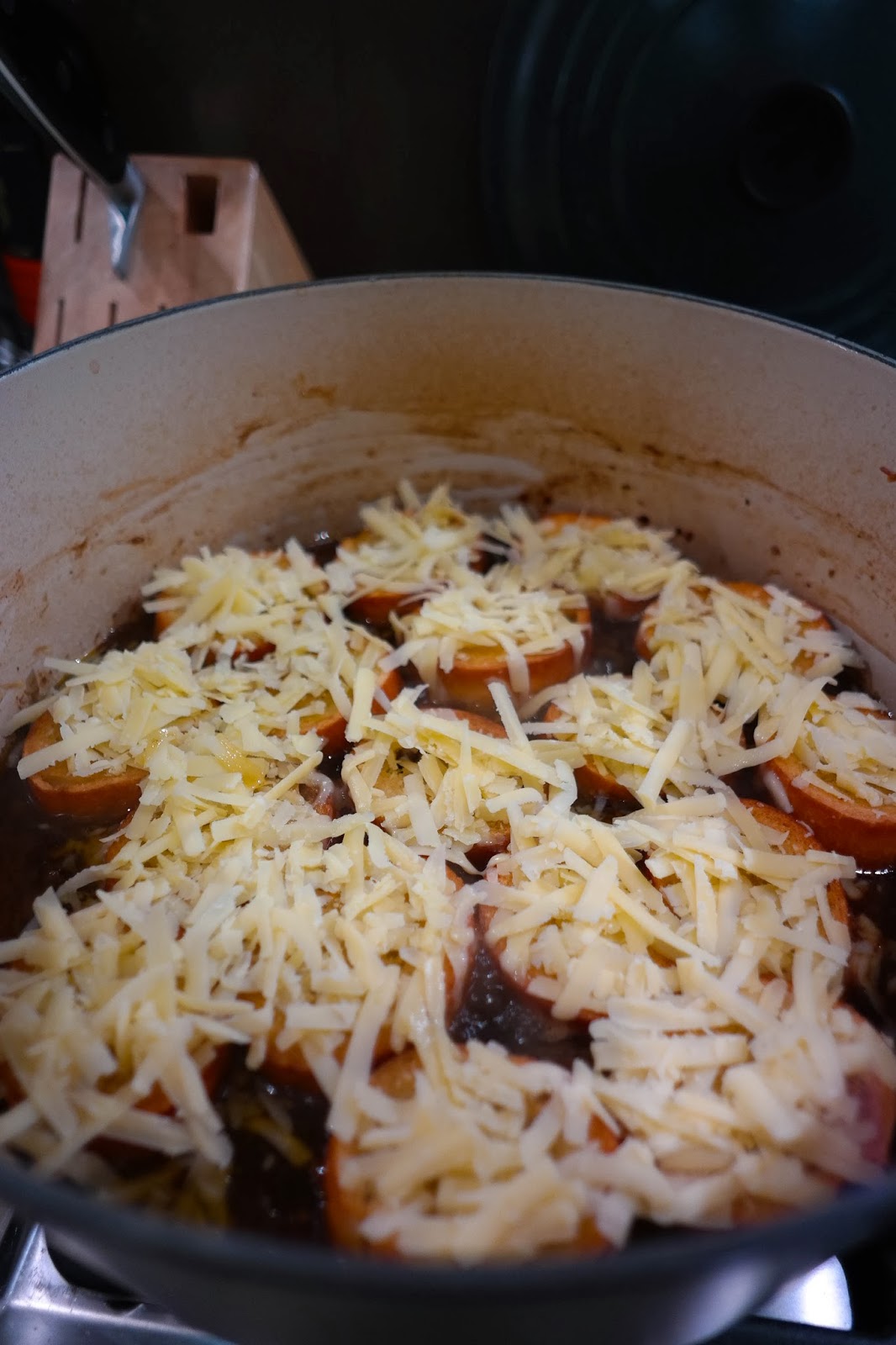 8. Serve by spooning out the soup into bowls and chucking in a half to a full measure (depending on taste) of cognac and giving it a quick stir.  Add a couple of croutons and you're good to go. 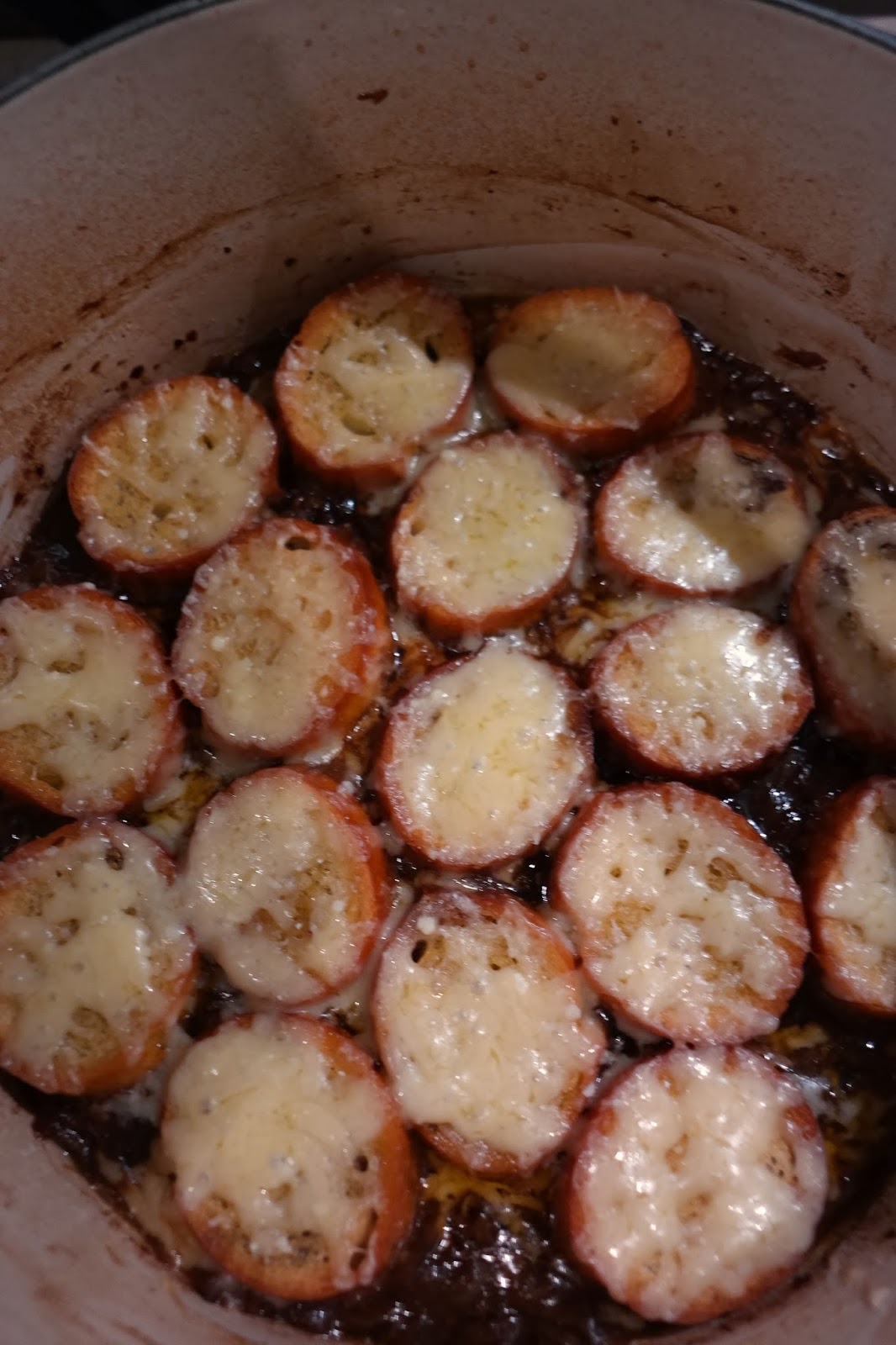 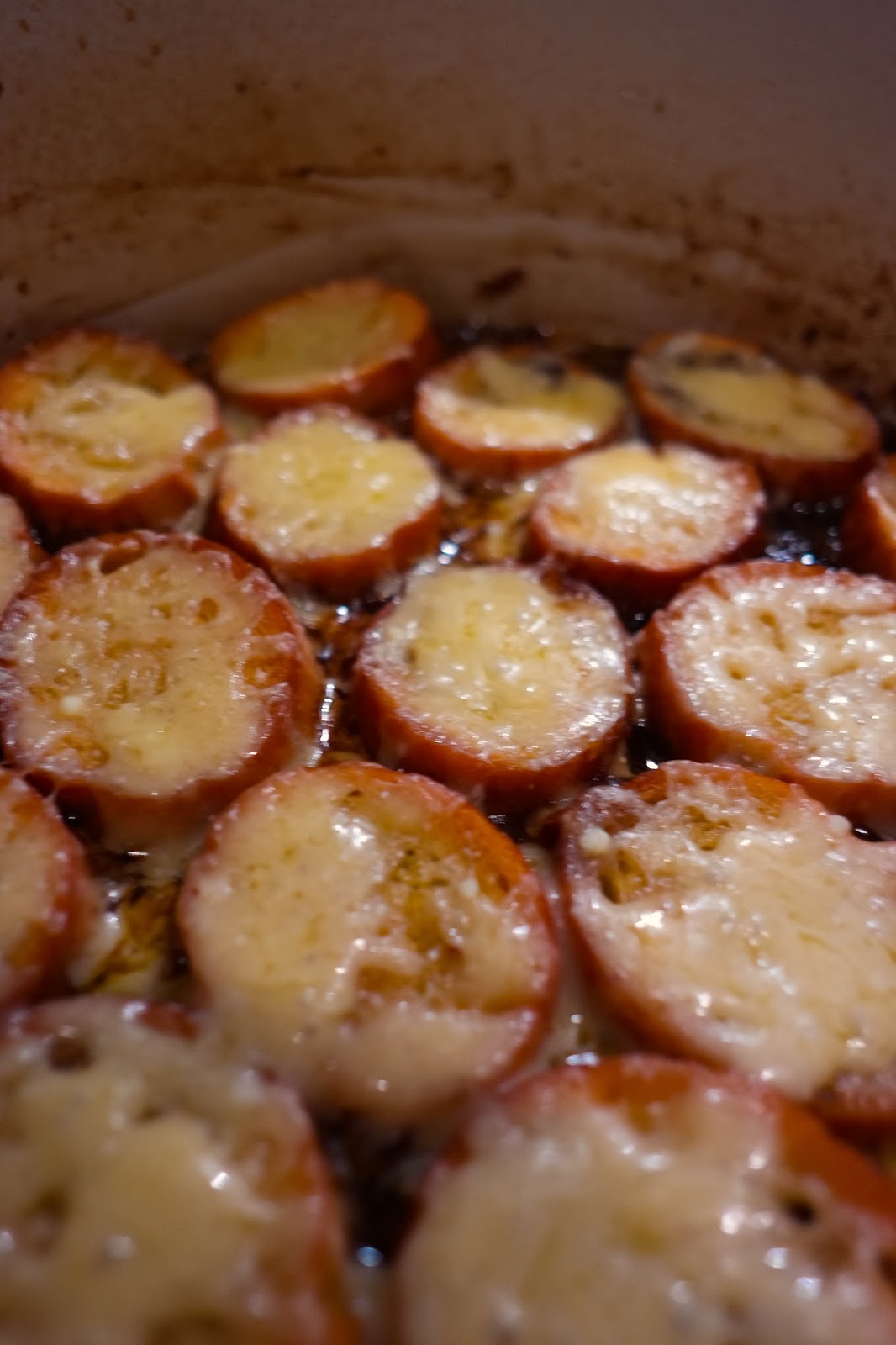 Scoff it all down with French wine.  We opted for a Gamay, served a little cold (frais, or 'fresh', as the French would have it), it's a perfect accompaniment. 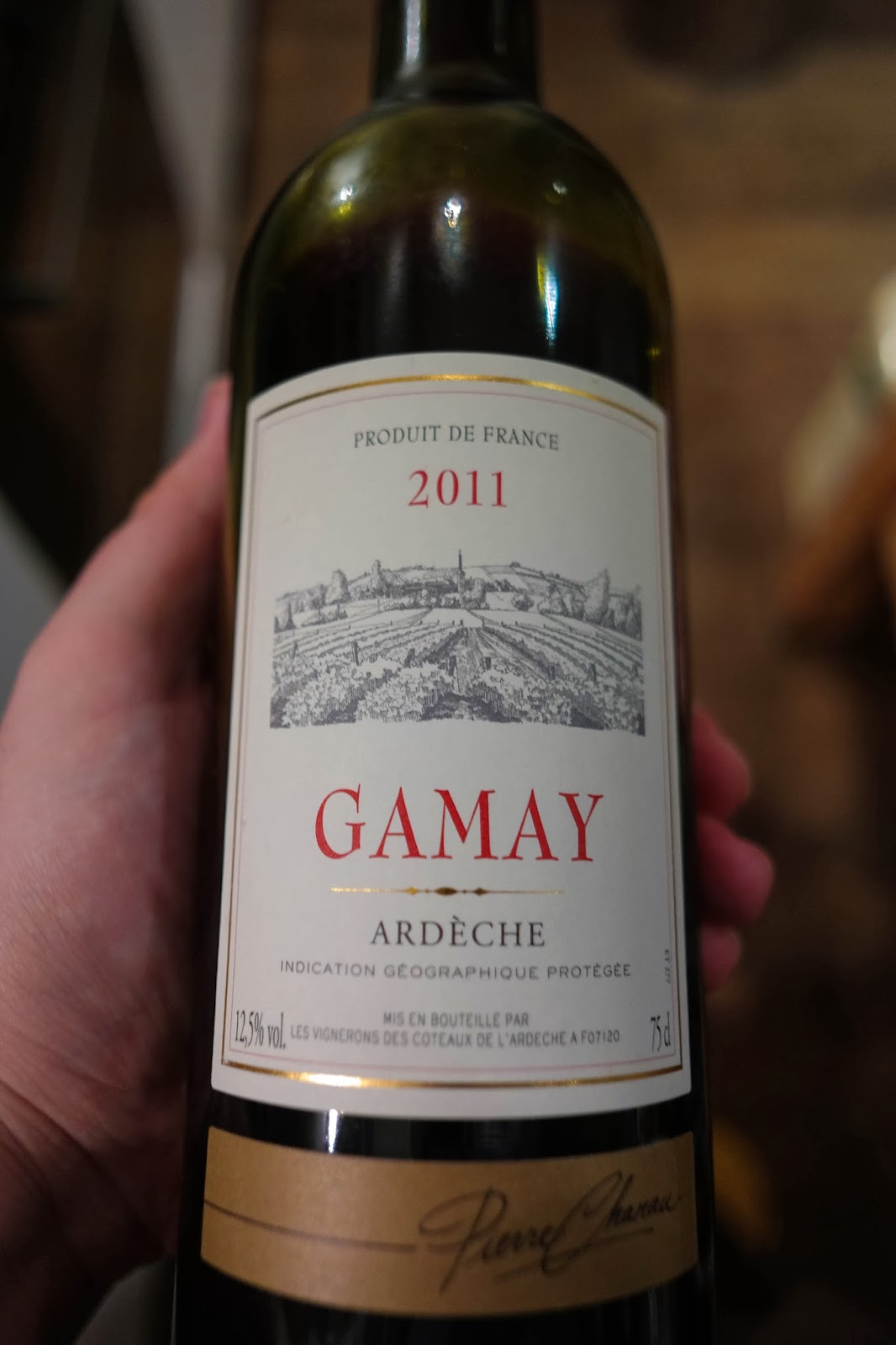