I know plenty of people who hate (and I mean hate, not dislike, not are less impartial to, I mean hate like the fiery pits of hell type hate) tequila.  GrubsterGirl loves tequila.  Honestly, she actually loves it.  For example, when a Bloody Mary is on the cards, she'll always go for a Bloody Maria (done rather well at The Gilbert Scott).  So we tend to have quite a lot of it in the house most times.
The only discernible use that I can find for the stuff is cocktail making.  Sure, the barrel aged stuff has more than a hint of scotch about it and shouldn’t be mixed with anything.  But the hard stuff?  Mix it up.
The king of tequila cocktails is quite simple, and it goes like this:
Ingredients (per head):
Juice of half a lime (about 12.5ml, but some limes are juicier than others)
50ml Golden Tequila (Jose Cuervo will do just fine)
25ml Cointreau
10-25ml Agave Syrup (to taste)
Combine all the ingredients in a mixer, add copious amounts of ice, and shake like crazy.  Use the old lime peel to moisten the rim of the glass, and then salt.  We use smoked Maldon sea salt because we're pretentious like that (and because I accidentally bought it when shopping and have been trying to figure out what to do with it since then…).  Add new ice cubes to the glass and strain the contents of the mixer into it.  Serve (with or without pretentious lime wheel decorations). 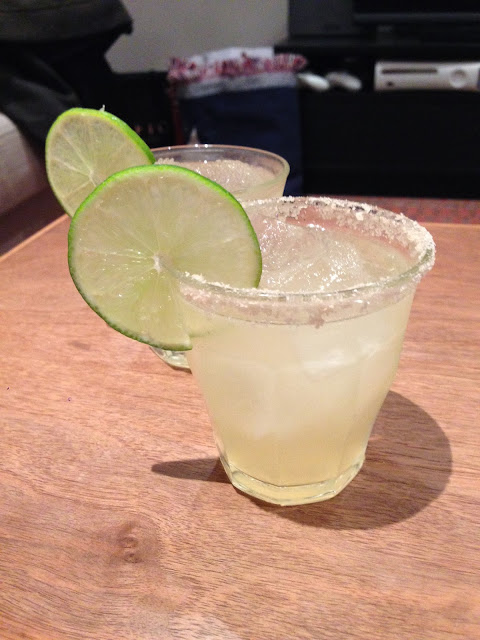 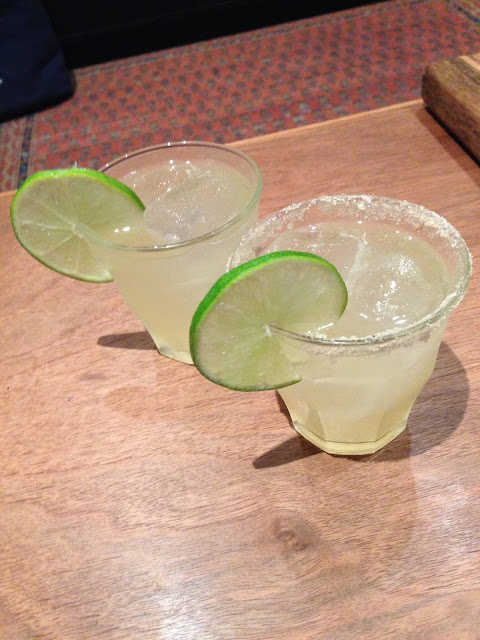 Beware, this will make a big, strong cocktail.  Which is ideal after a long day of the office but absolutely lethal if you have a second.