A couple of weekends ago I was summoned back home to clear out my old room. My parents have decided that it's high time it was redecorated, and that entailed me spending a weekend emptying it of a quarter of a century of stuff that I had managed to accumulate.
The upside of this was that GrubsterMummy offered to make one of her epic Spanish lunches as compensation.  It was difficult to refuse.  Some few years back, when I was but a wee bairn, GrubsterMummy and GrubsterDaddy went to Barcelona for the weekend, leaving me with GrubsterGranny.  The upside being that they came back complete converts to the Iberian way of cooking – and eating, too – resulting in a slowly developing retinue of Spanish-y tapas treats every time a big lunch has to be produced.
We kicked off affairs with olives and piquillo peppers.  The olives were from Tierra Verde, a little place up on Webbs Road, near Clapham / Battersea's notorious Northcote Road, that opened up not so long ago peddling a fantastic selection of Spanish deli treats.  Well worth a try – especially good if you can grab the table (the one and only table) and settle in for an evening of cheese, ham and wine. 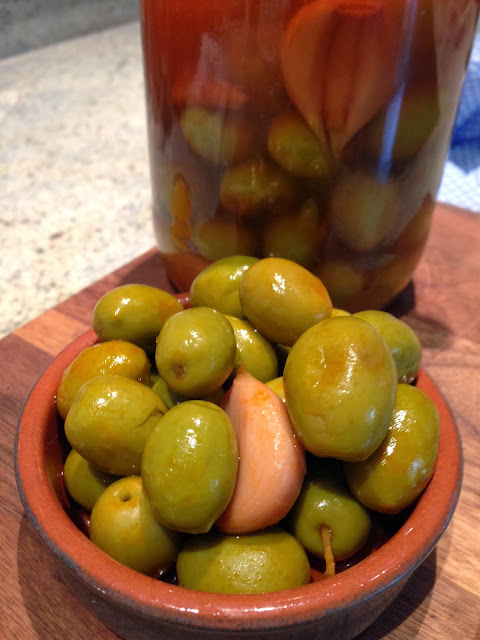 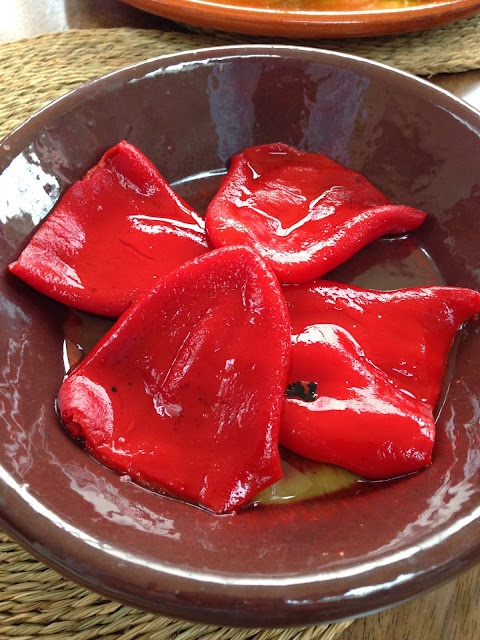 Piquillo peppers, for the uninitiated, are a kind of sweet, heatless chilli pepper with an intense, fruity flavour that are just mind blowing.  Not cheap, but you don’t need many of them, given their flavour.
Then it was on to meats, cheese and tomato bread.  A staple of any Spanish meal. 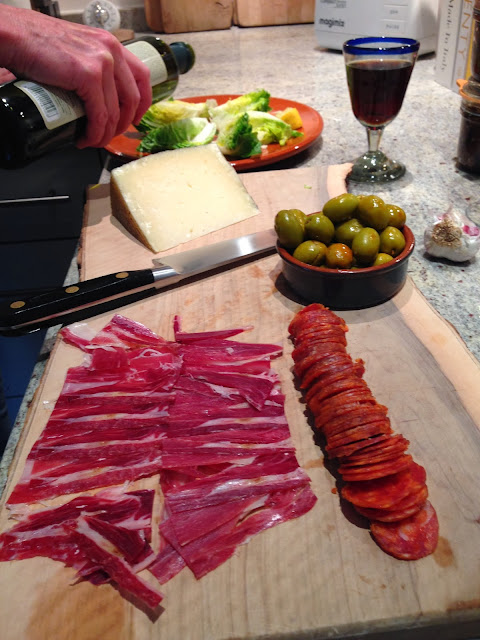 The tomato bread is as easy peasy as it is a classic.  Just toast a bit of ciabatta (or any bread, really) under the grill then rub it with a raw garlic clove then a raw, halved tomato.  Drizzle with olive oil and plate up. 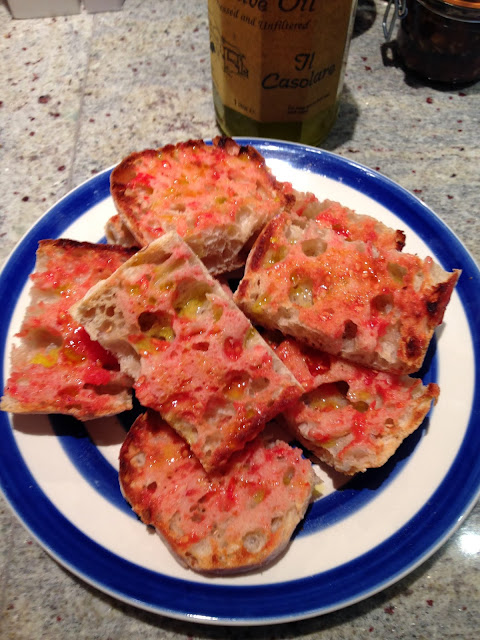 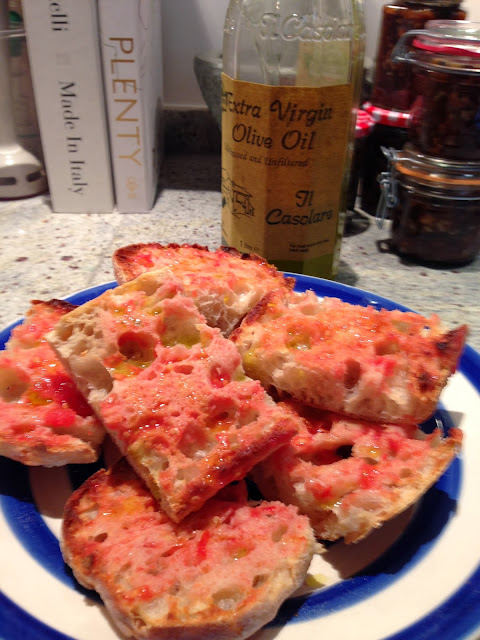 We also had some treats ready-made Spanish treats, including chickpeas and salt cod (barcelona's infamous bacalao) and some butter beans. 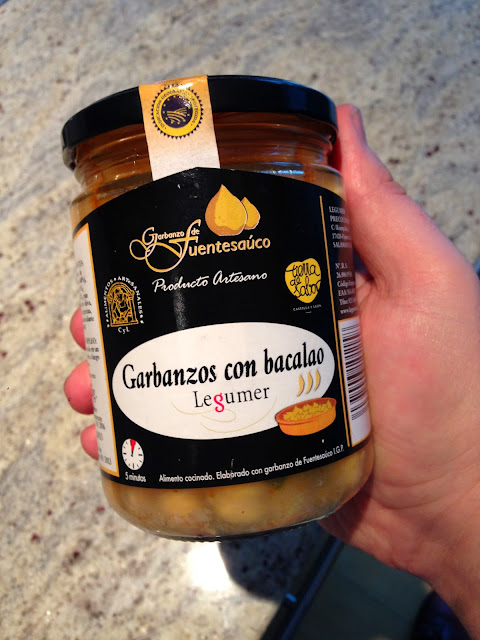 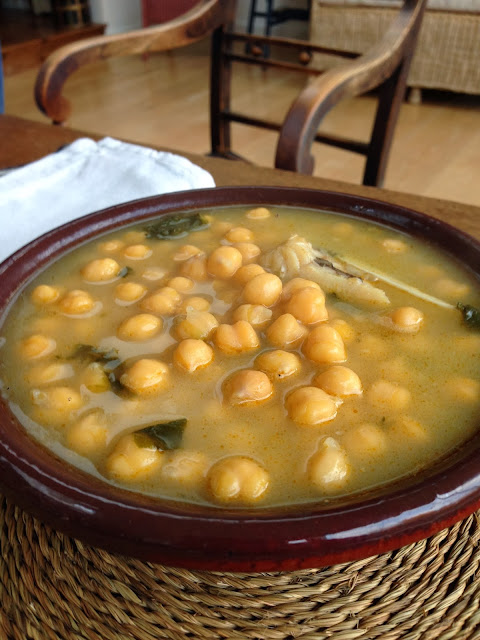 GrubsterMummy worked her magic on the beans, stewing them with tomato and garlic into another great little tapa. 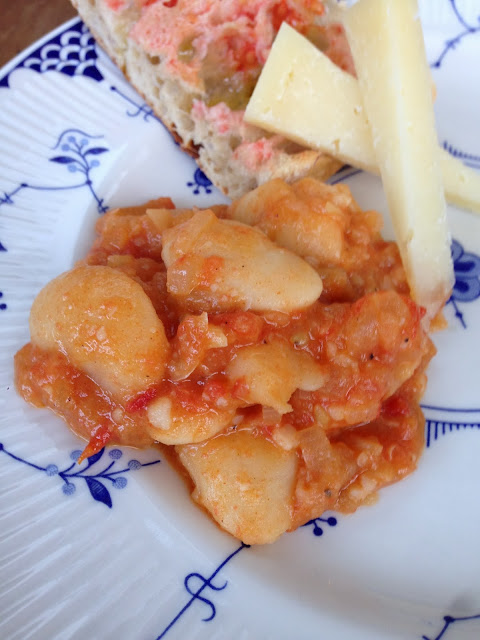 After all that, who needs a main course?  Obviously, we did.  A quick tortilla followed. 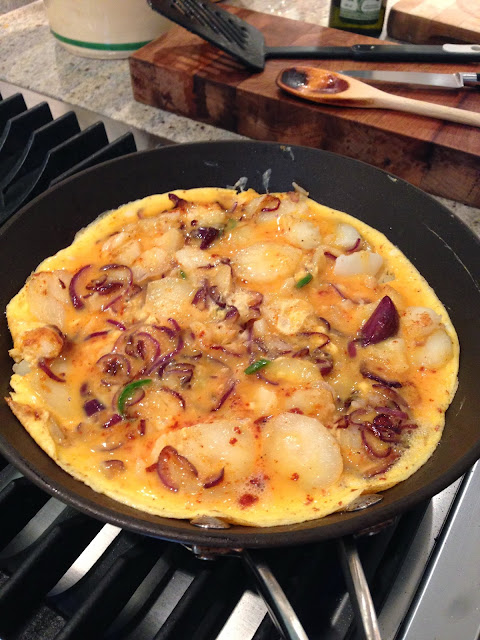 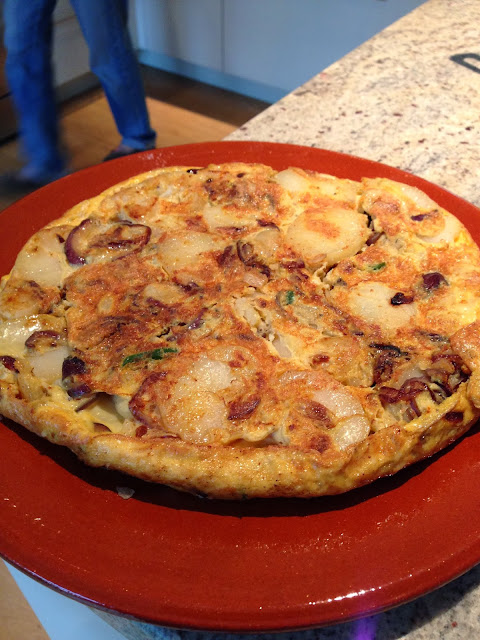 To polish it all off, torrone, a kind of hard, brittle Spanish nougat. 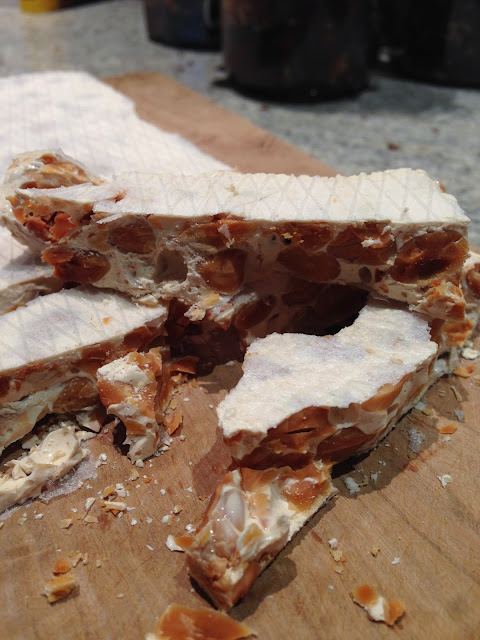 Oh, and what's that lurking in the background, eh?  A glass of Pedro Ximénez, a kind of ultra-sweet, treacly sherry made from PX grapes that have been allowed to dry in the dry, hot Spanish sun, concentrating the flavours. 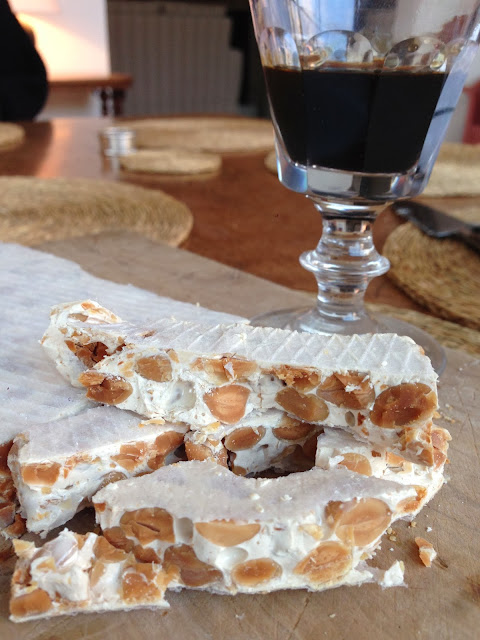 A fantastic meal.  But then, what would I expect from GrubsterMummy, who is a truly magnificent chef and who is responsible for all of my interest in food.
- GrubsterBoy -
PS – After lunch had ended, I went back to clearing my room, and what should I find?  Or, rather, who did i find?  Edward, that's who – my old bear.  Happy days indeed. 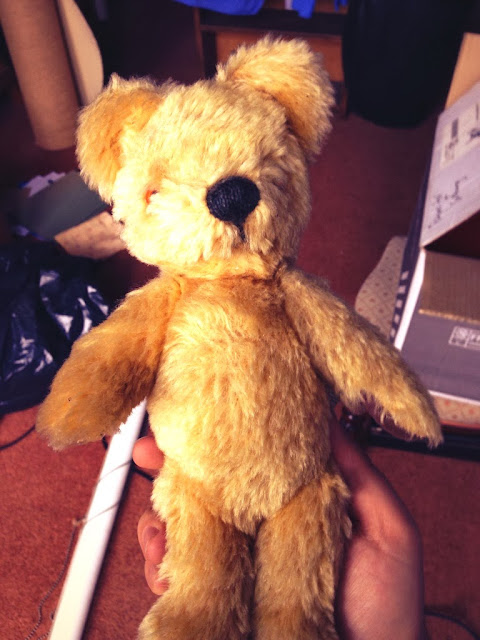