Contrary to popular perception, there's a lot to be jealous of when it comes to the Germans.  Their strong economy, their car manufacturing industry and wickedly fast racing drivers, their infamous efficiency and punctuality, the list goes on...

But most of all, it's the food.  And what better a place to revel in the awesomeness of German cuisine than the recently opened Kurz & Lang. 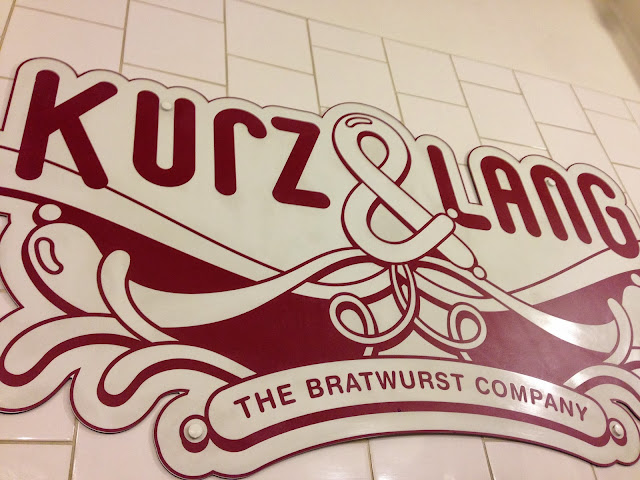 Operating from a tiny little store front at the end of St John Street – already a haven of good grub – and directly opposite Smithfield Market, this place is (I believe) about as German as German food in Britain can get.  It's run by Germans, it stocks German beers and it sells German sausage – or wurst if we're going to be pedantic (and accurate) about it – by the absolute truckload.  Billing themselves as "The Bratwurst Company", we felt an absolute obligation to give it a whirl.

And I'll tell you what: they've earned every bit of that billing.  First, choose your wurst – form a fantastic array of different types and styles.  Then decide – plate or bun?! Try a plate and accompany your sausage with fries, chopped potato cubes or potato salad (there's a heavy emphasis on potato accoutrements, you'll notice). 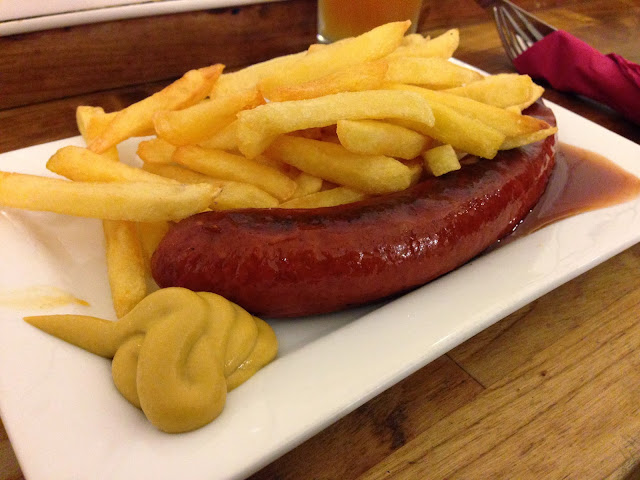 Or why not go for a bun, proper Berlin bratwurst style?  Smothered in mustard, ketchup and loaded to the gunnels with sauerkraut. 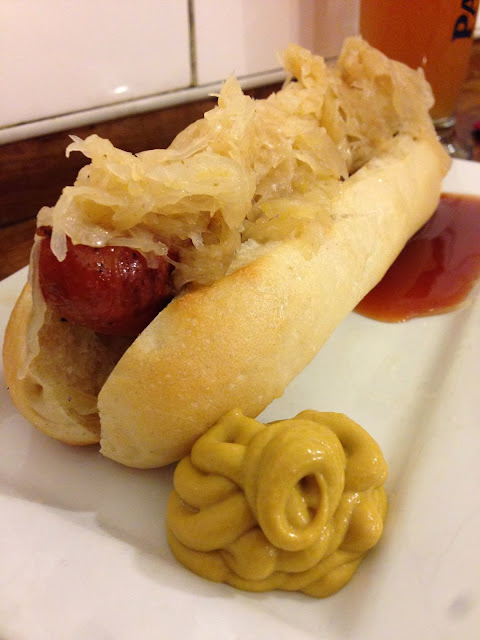 One way or another, wash it all down with one (or more) of a blinding array of German beers – from Paulaner's weissbeir (a personal favourite) to the Rothaus Radler.

And then, if you're not already a little barrel, finish it all off with a donut – a sticky Berliner or a little quark cheese and cinnamon Quarkini.

All in all, a fantastic bit to eat.

A meal here is probably best had immediately following a bit of a pub session (five pints at the Fox & Anchor, oops) – they're open late, perfect for a bit of post-closing time munch.  Yet another reason to be jealous of the Germans: they get bratwurst, we get doner kebab.  Mind you, we've got that to blame them for as well...