Look, I know I'm coming to this party a little bit late, but really: Burger & Lobster is awesome.


The menu (or lack thereof) is pretty well known by now.  There are three choices: whole lobster, whole lobster in a roll, or a burger.  Each one costs a flat £20.


GrubsterGirl was sensible an ordered up the grilled lobster.  Essentially, all of their lobsters are steamed in massive industrial steamers.  You can either have it straight away (broiled) or you can send it off to be blackened, which is where the beast is lobbed onto a big charcoal grill for a bit of singeing before it's cracked and dumped on your plate, together with a mound of fries and salad. 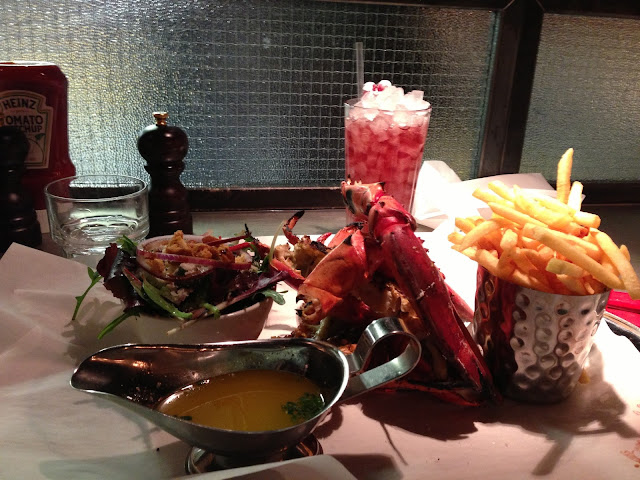 I went for the lobster roll.  Yum yum yum. 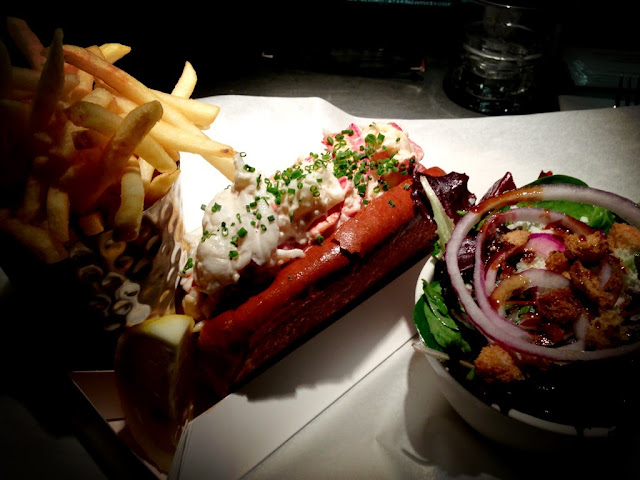 
Which is kinda the downside.  Because you want to know that you're eating a proper big lobster, not have it hammered home to you that the great crustacean holds less meat than a quarter pounder patty.  What's more, you're going to end up a bit bored if you play it like we did; I finished my meal about twenty minutes before GG did.  You see, a whole lobster takes a while to eat – there's all the mucking about with crackers and claw picks – whereas basically you could push a whole lobster roll into your mouth in one.


Which is pretty much what you're going to want to do.  Because this is some good lobster.  This is a bun filled with solid, rich, sweet, salty lobster meat, doused in sauce, and served up piping hot.  And it don’t get much better than that.  Especially this far from the sea.