GrubsterGirl took me to The Shard. 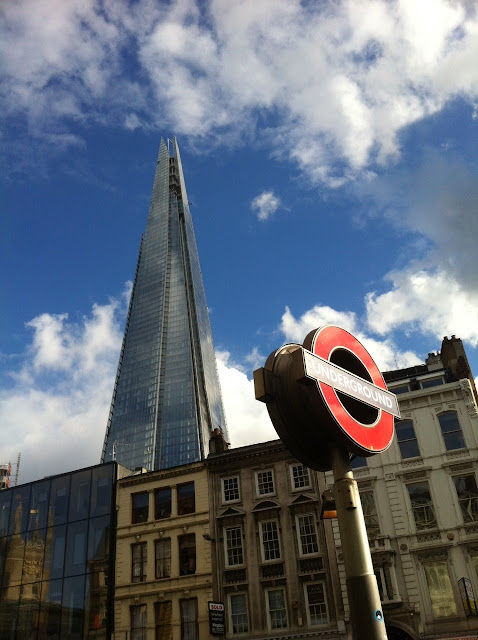 I still can’t get over this, it was a complete surprise – even if it was a wee while ago when we went.  Lunch in the bar at Oblix, overlooking the city from the 32nd floor of the tallest building in the EU.  The views were, frankly, epic.

Oblix itself has a weird vibe.  Extremely weird.  The entrance is what you might expect from a City nightclub / restaurant: lighting so low you trip over (this became a real hazard in the loo – no, really), ever-so-petite girls on the door in ever-so-even-more-petite black dresses that they must have been sewn into, loud intrusive music, etc…  Then you get inside, and it all changes.  Bright, airy, tall ceilings, big views and waitresses dressed in floral print shirts.  It's like falling out of Mahiki into Enid Blyton.  I would imagine.


First up was the starter buffet: a massive counter of meats, cheeses, salads, grilled things and pickled stuff.  All very good and all fresh.  It was all you can eat starters, and I have to admit that I was half tempted just to keep going back and forgo the main. 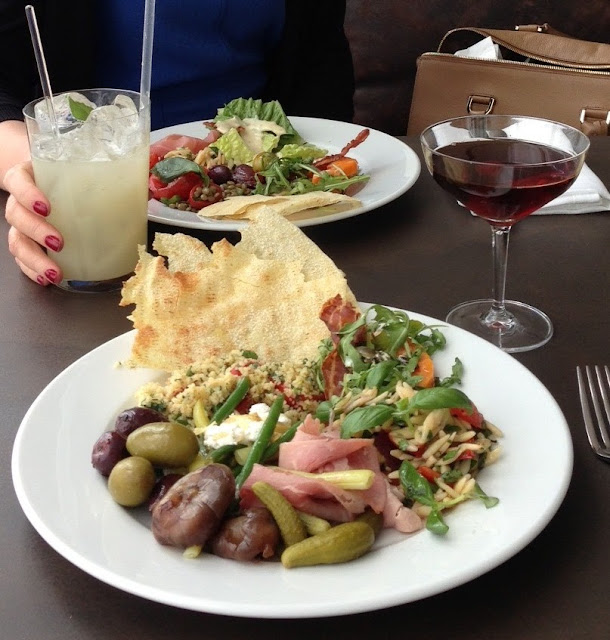 But mains were had.  We could have had minute steaks and fries – I mention this only so that no one thinks that the fixed rate menu was just the cheap stuff – but we opted for backed aubergines, as we knew we were heading on to a very big supper.  Again, all went well – presentation (which is not everything, granted, but is too often overlooked) was spot on.  I mean, look at it. 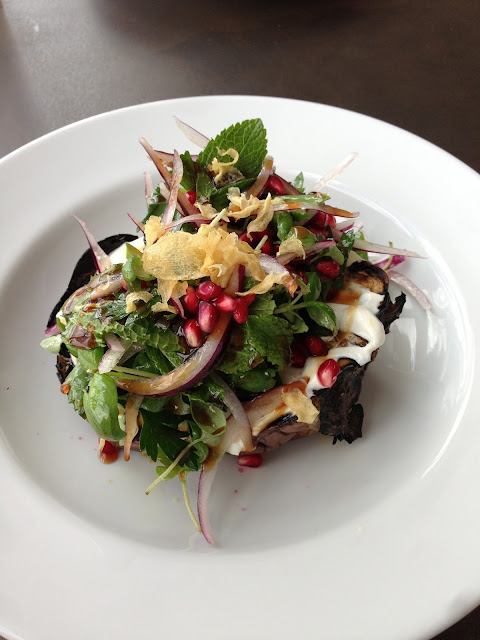 Pudding was another epic buffet.  However, after a mountain of antipasti and basically an entire aubergine stuffed with all manner of goodness, I had to pass. Sadly. 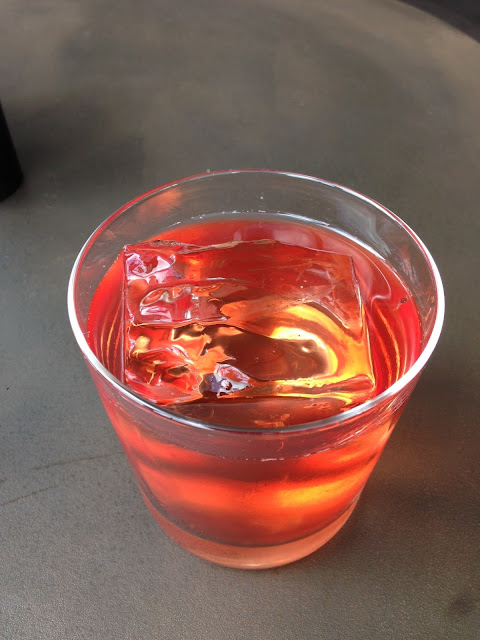 Oh, and what is this, I hear you cry?  I'll tell you what it is: it's a blood orange Old Fashioned, basically.  It also happens to be one of the best drinks I have ever tasted, and I have tasted a lot of drinks – specifically, I have tasted a lot of Old Fashioneds, and I mean a lot.  Nevermind that it looks really flipping cool (which it does).  Nevermind that it’s got that whacking great big ice block in it, which is pretty trendy.  The ice itself was sawn from a gigantic block by a chap with an enormous tree saw.  No, really.  What's more, it tastes fantastic.  And that's really all you need.
We went when Oblix had just opened – and I mean that, I think it was their third day's service – but to be honest there wasn't anything that felt like they were just finding their way.  Price-wise, I thought it was very reasonable: prix fixe for £30 – only a bit more than going up the top, and you get your food thrown in.  Of course, irresponsible cocktails aren't cheap, but what can one expect?