Like all ice creams, this one relies basically upon making a custard and freezing it – so once you've mastered the art of custard making, and assuming you're in possession of an ice cream maker of sorts, it's pretty easy.  I made this for a Burn's Supper a few years back, and people seemed to enjoy it.  I totally forgot to photograph it finished when the final product came out until I'd scooped the last scoop – hence the slightly melty picture at the end (oh, and the fact that it melts REALLY fast on account of being full of booze). 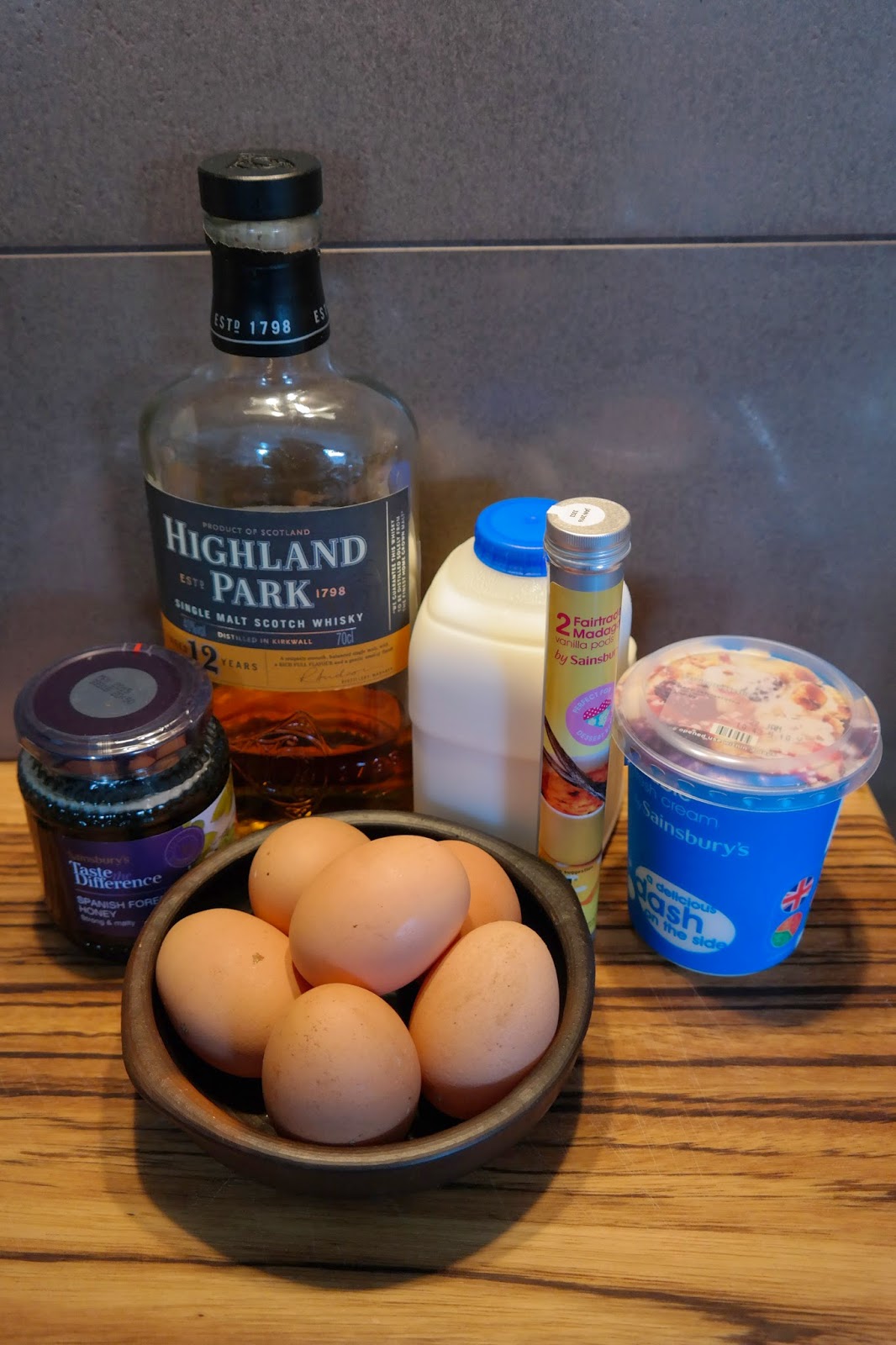 1. Custard time.  In a milk pan (if you have one, but otherwise in a small pan) mix the cream and milk together, as well as the seeds scrapped from the vanilla pod.  Chuck the pod in there too (but don’t forget to remove it later). 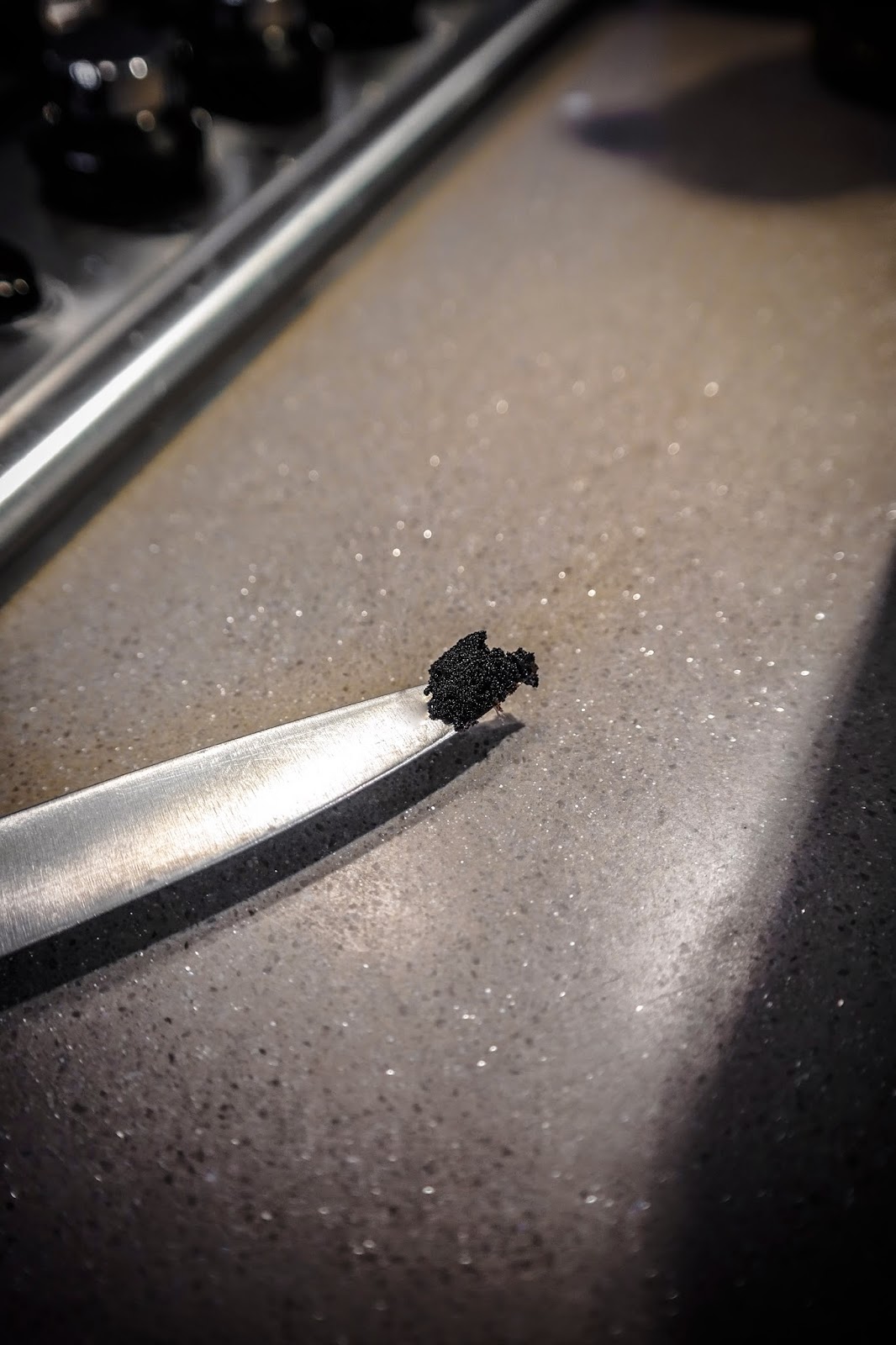 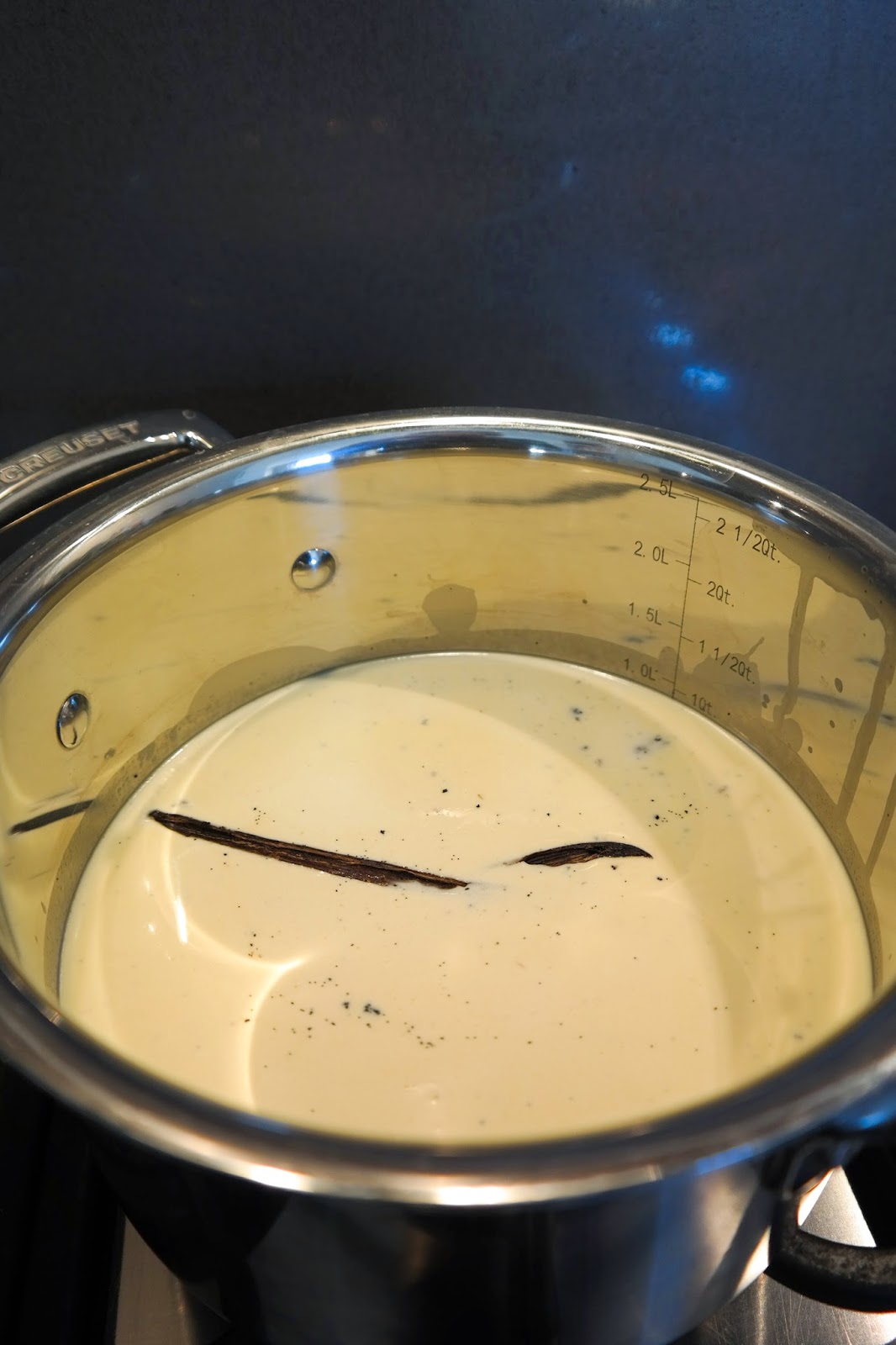 2. Heat the cream and milk mixture together slowly until it's nearly at boiling point, but don’t let it actually boil.  Turn the heat off when it's there.

3. In a mixing bowl, beat the egg yolks and honey together until pale – this post on Neapolitan Ice Cream has some good pictures of how it ought to end up. 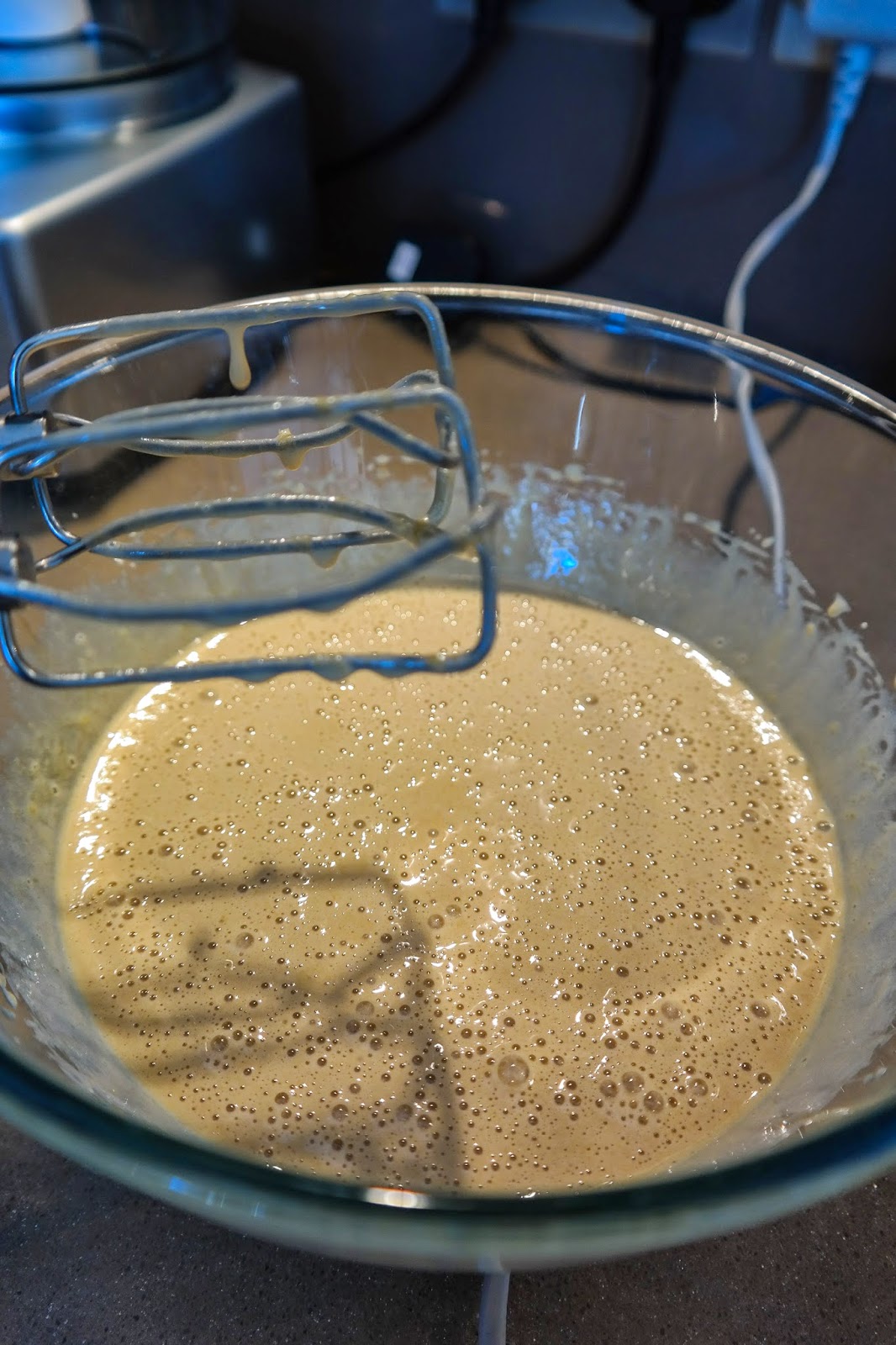 4. Add the egg and honey mix to the pan with the milk and cream and heat very gently until the liquid coats the back of the spoon and the first bubbles appear.  Overdo this and you'll end up with something crossed between scrambled eggs, an omelette and puke.  So be careful.  As soon as it's done turn off the heat, add the whisky and let the whole lot cool right down to room temperature.  Then stick it in the fridge for at least an hour but preferably overnight. 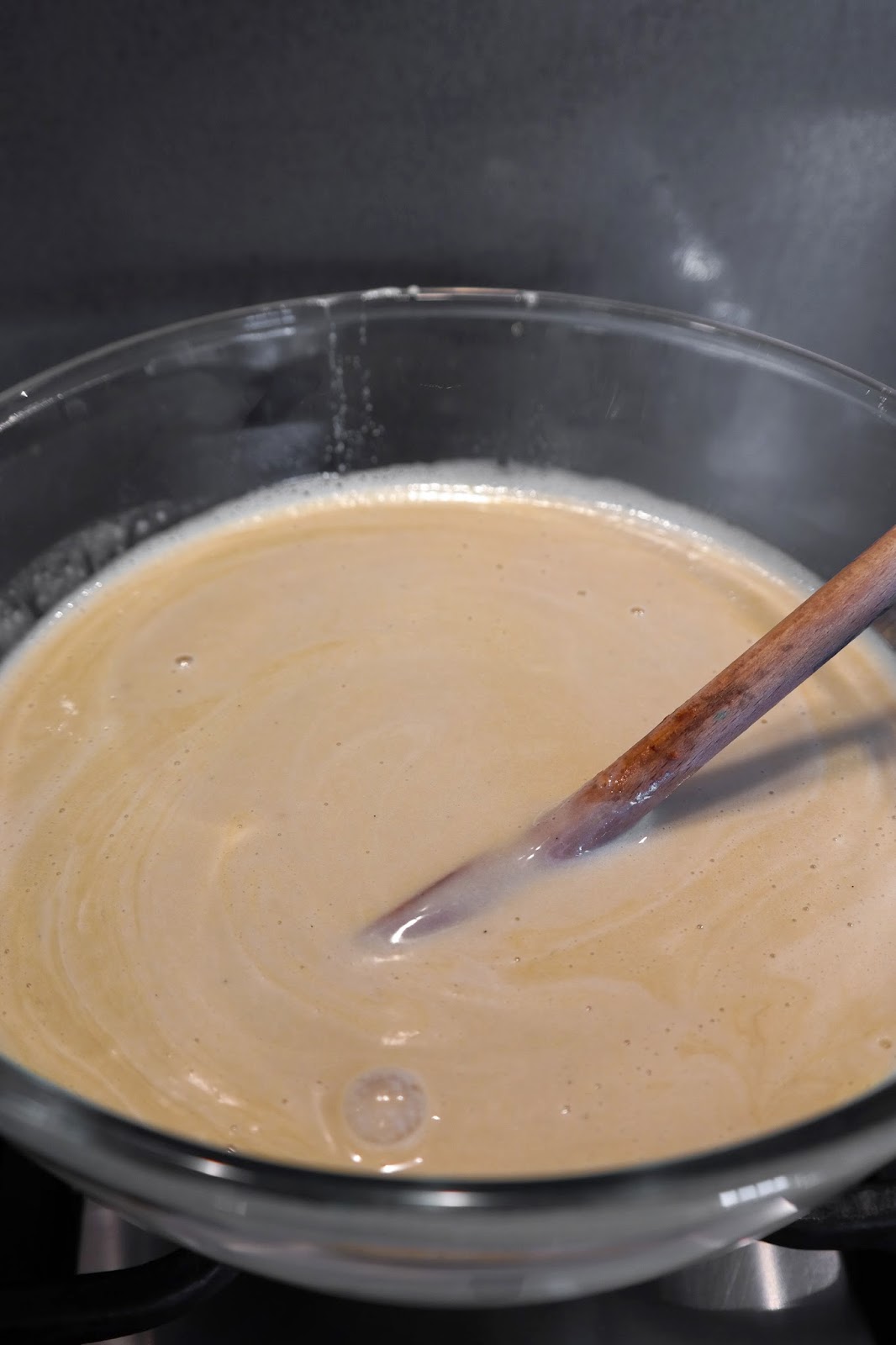 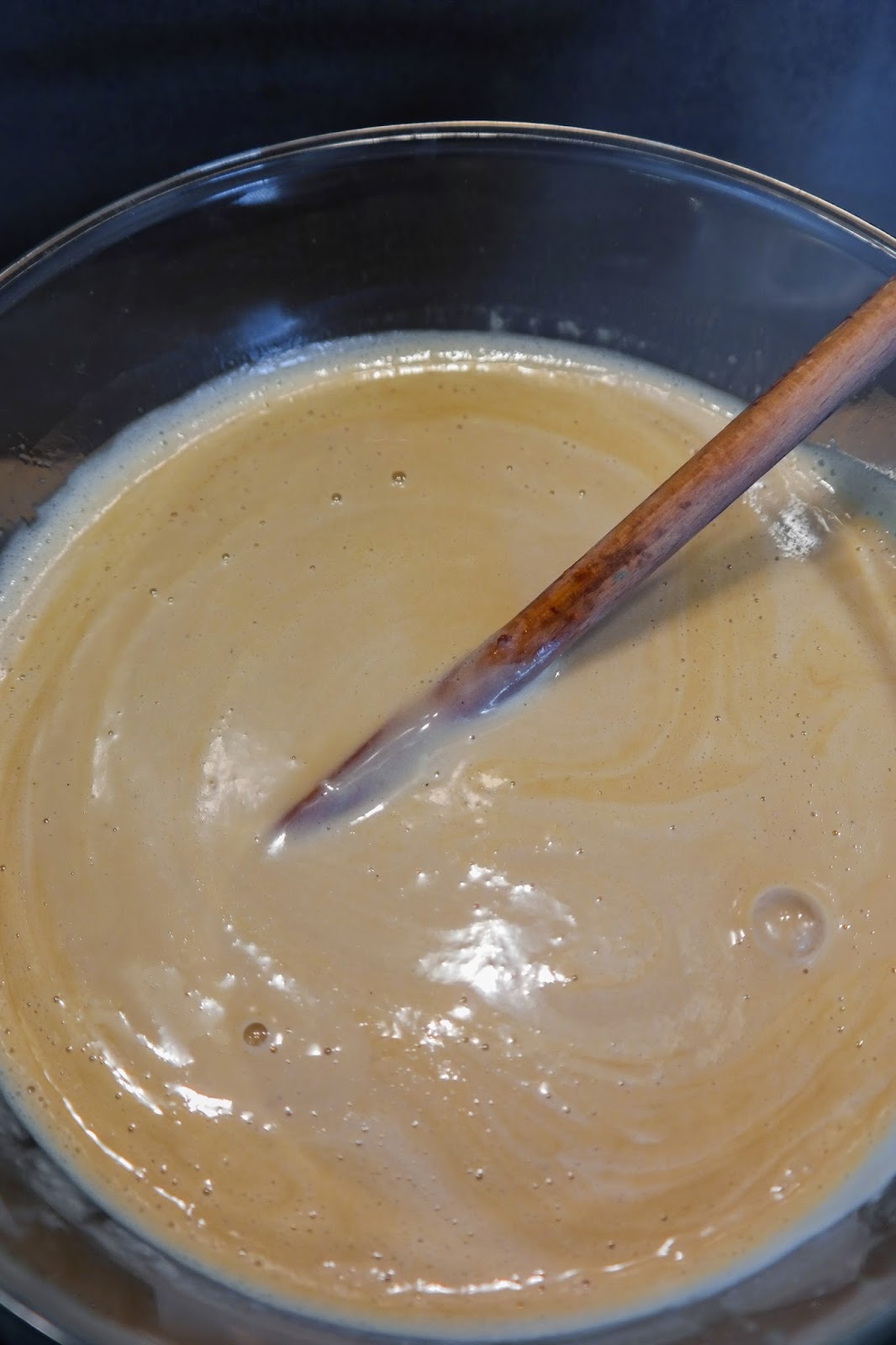 5. Strain the mix into another bowl before sticking it in the ice cream maker and churning until done.  Note that the ice cream will take forever to get to a normal freeze, and may not even get as ice-creamy as you'd like.  That's the booze talking.  About halfway through, add your cinder toffee.  When it's gone as far as it can, get it into the freezer for a couple of hours before serving. 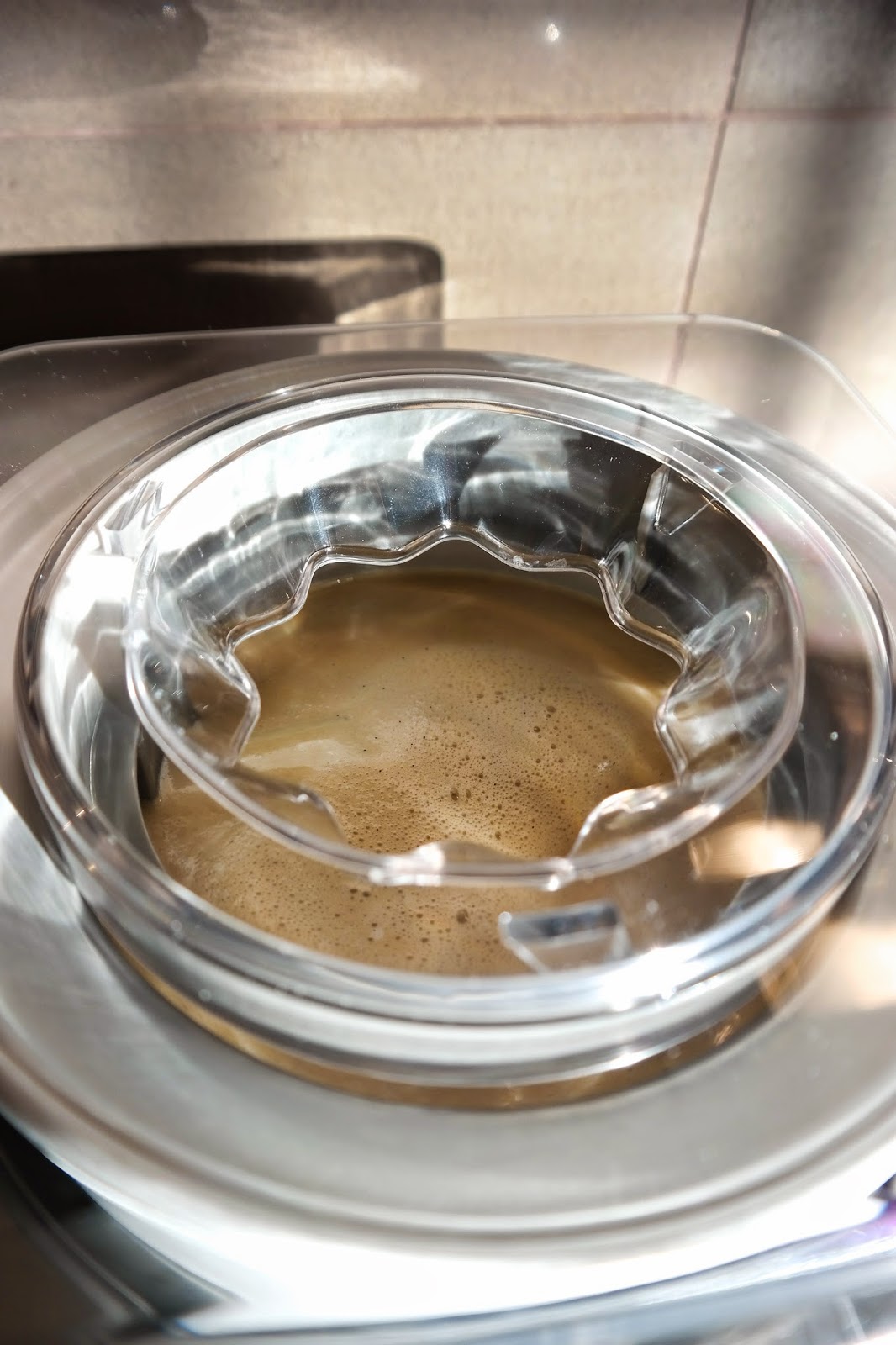 And here's the finished product.  Sorry, I simply wasn't swift enough photographing it, and this was the last serving.  The whisky means that it has a much lower freezing point - which is why it's so melty here.  SORRY. 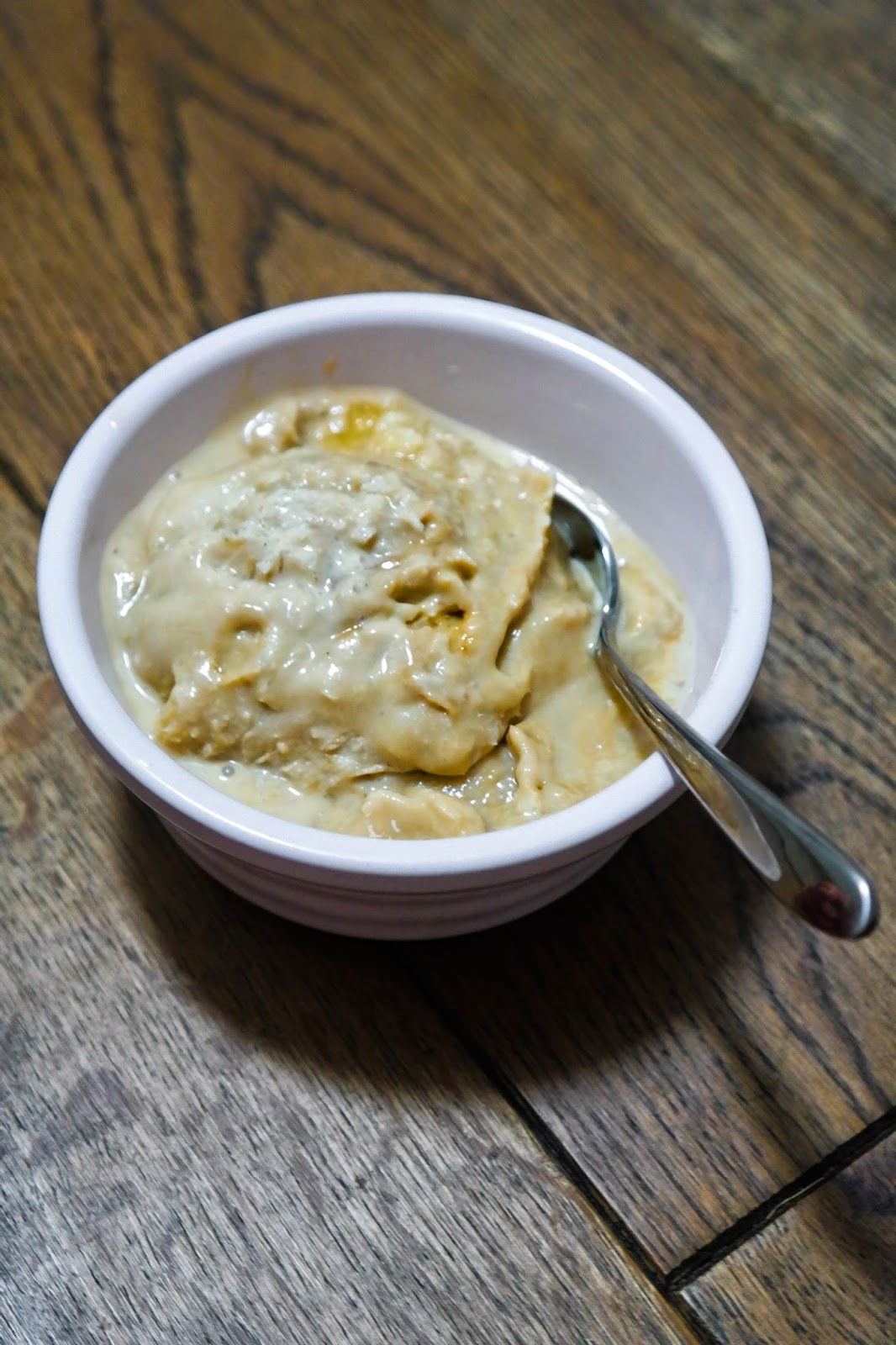