For my birthday I got given a pomegranate.

OK, this sounds a bit odd.  I recognise that.  I got given other stuff as well, just so we're clear.  But it was a majestic pomegranate. 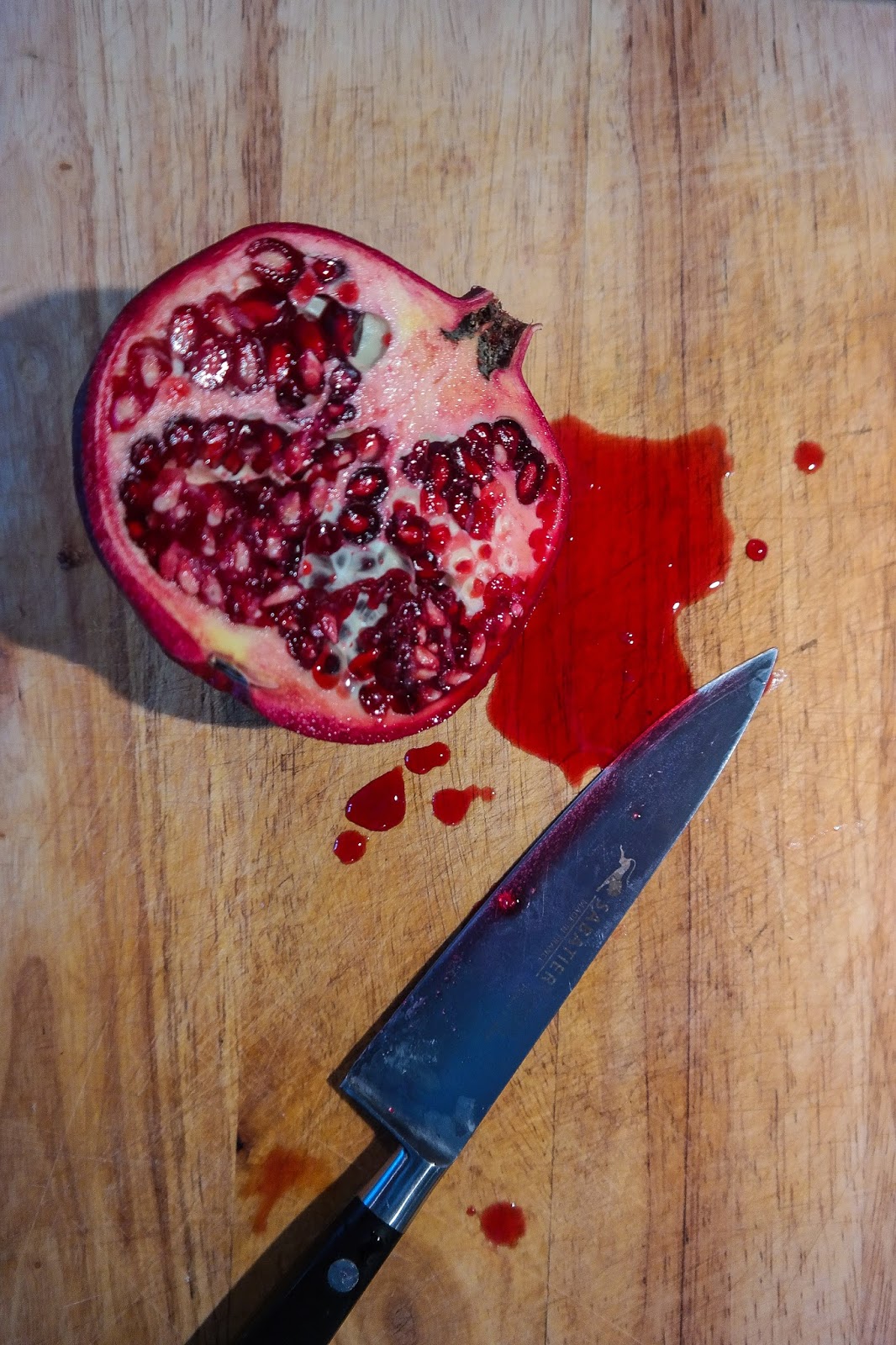 After having eaten about a third of it with a spoon (it was enormous) I was keen to do something other than munch on the seeds.  So I decided to make cocktails.  This post, and Thursday's, charts those two drinks.

First up is A Pomegranate Cocktail.  Most people I suspect would call this a pomegranate martini.  I, on the other hand, am trying to lead a charge against the grim practice of naming any martini-less drink in a cocktail coupe a 'martini', so I've gone with something even more boring.  This drink is dry as a bone but very refreshing nevertheless.  If you wanted it less dry you could sub the gin for vodka, but you'd lose some of flavour.  It's a good pre-prandial.

You'll also need a cocktail shaker and plenty of ice. 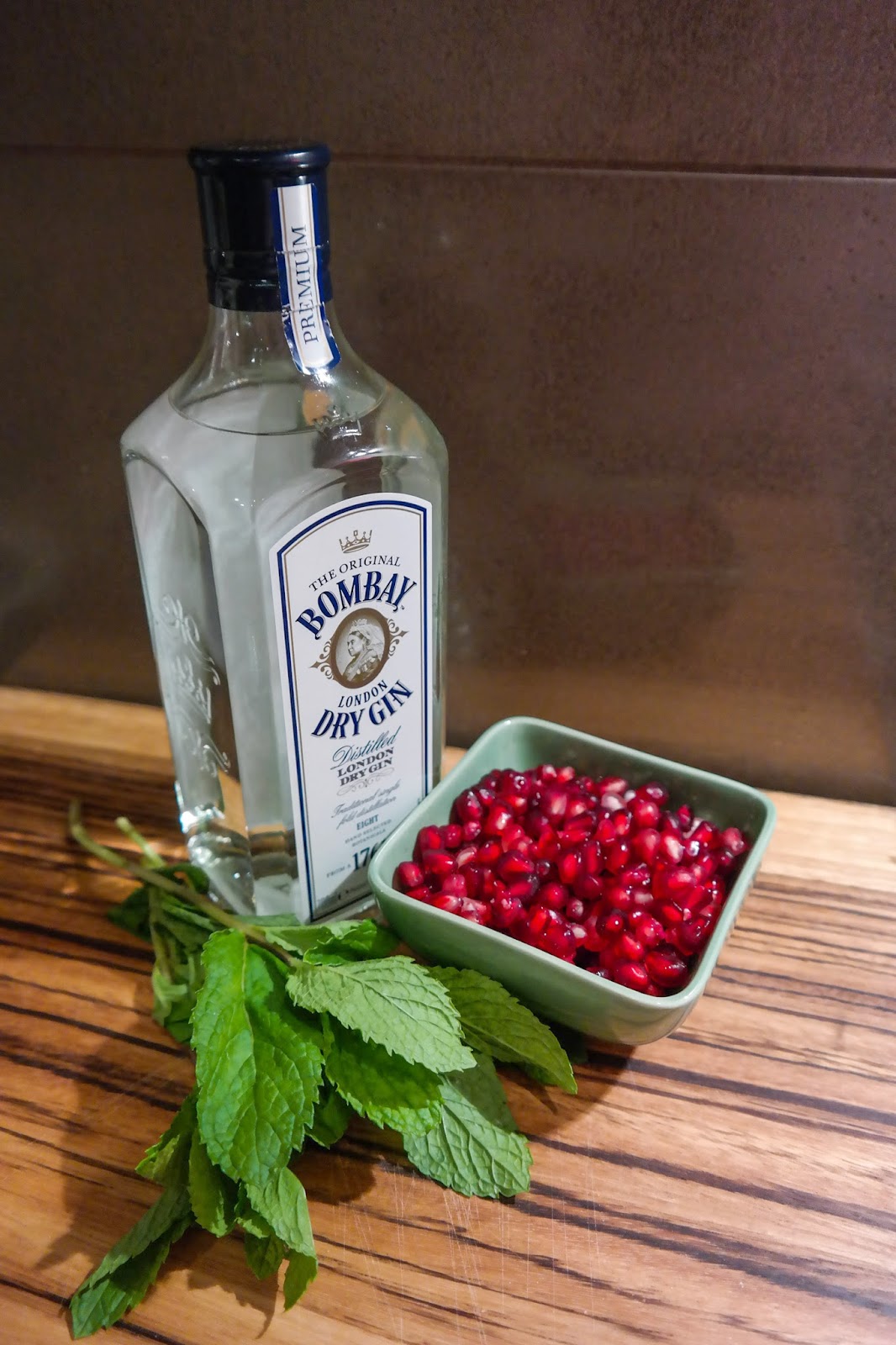 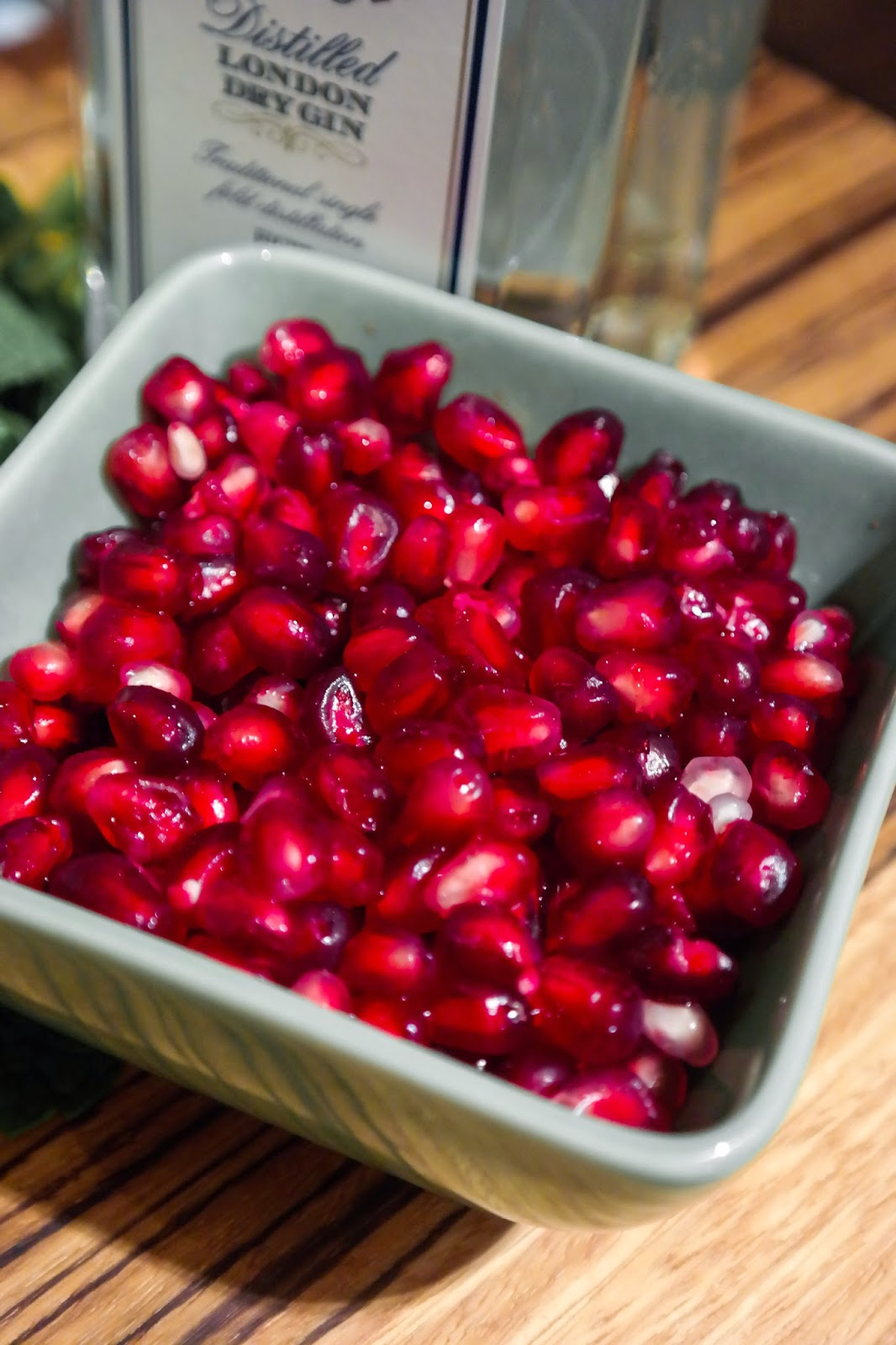 1. First, let's have a quick chat about peeling a pomegranate.  Basically, you want to exclude all of the whitey-yellow stuff, including the thin membrane that runs between most of the seeds.  This is time consuming and messy, as you'll end up inevitable spraying juice everywhere, but it's totally worth it because the nod-seeds bits are incredibly bitter.  So do it carefully. 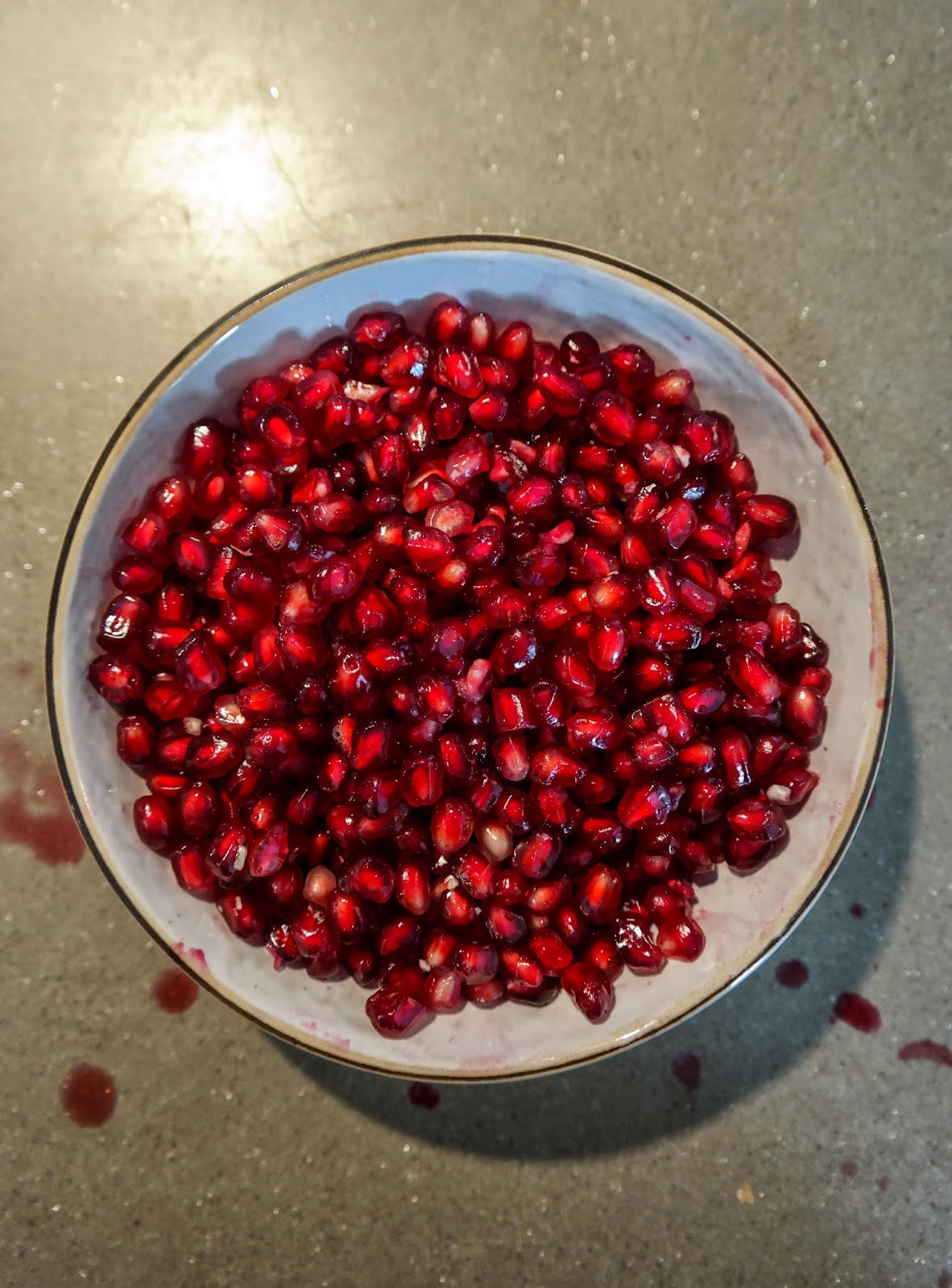 2. Scoop one tablespoon of seeds into the cocktail shaker and fill about a third full with ice.  Add another spoon of seeds and more ice. 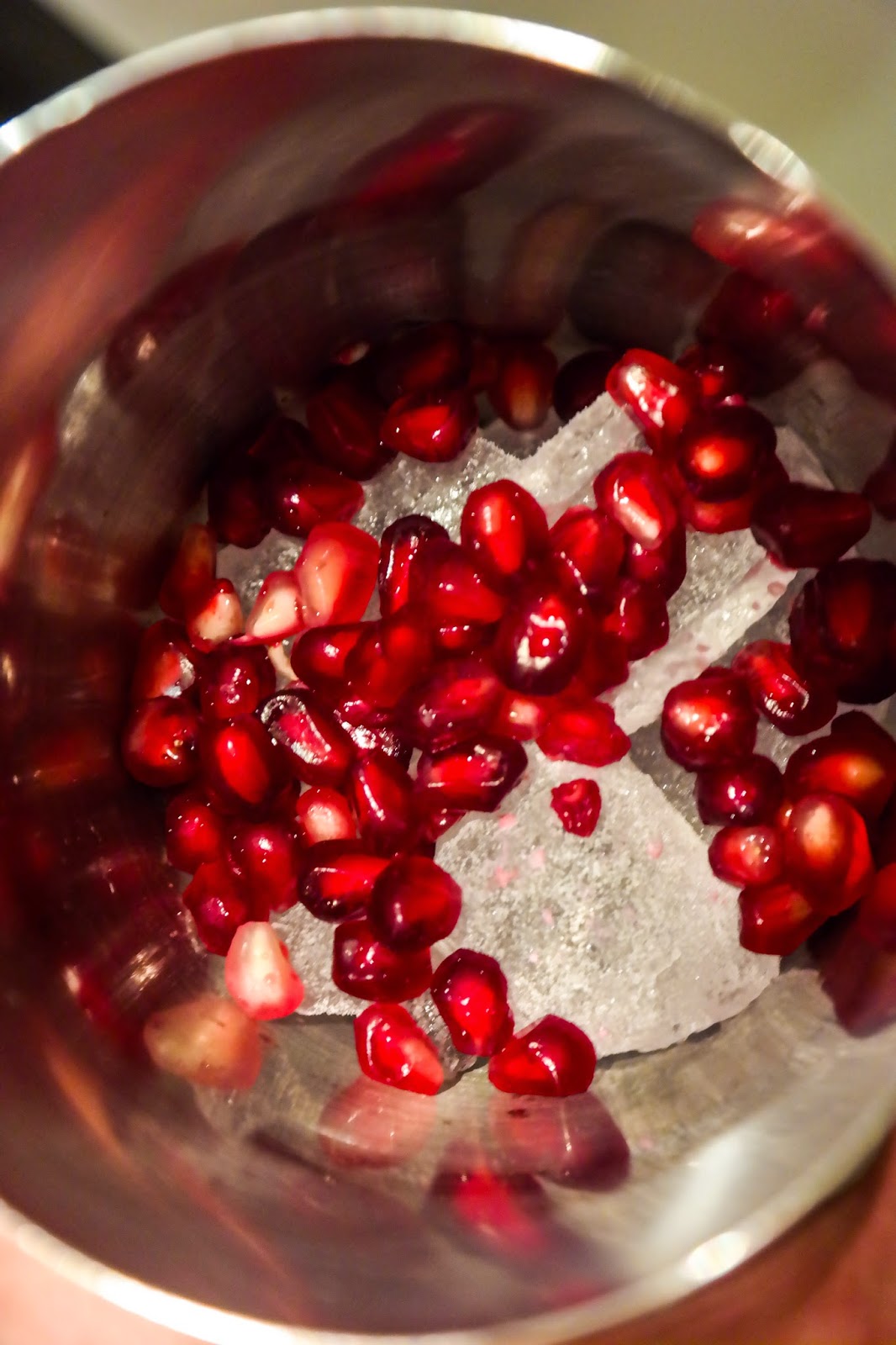 Close the shaker and shake vigourously.  This bursts all the little seeds.  I do it this way because the seeds are also quite bitter and dry, so to avoid them overawing the drink you want to burst the little red pockets of juice without crushing the seeds.

3. Open up the shaker and add the mint, gin and the bitters.  Note that this is strong – effectively a triple measure – and you should really stick to just one.  It's a martini-style drink, though, so always likely to be punchy.  Close the shaker again and shake until ice cold.  Strain into a cocktail glass.  Garnish with a mint leaf and drink right away, whilst chilled. 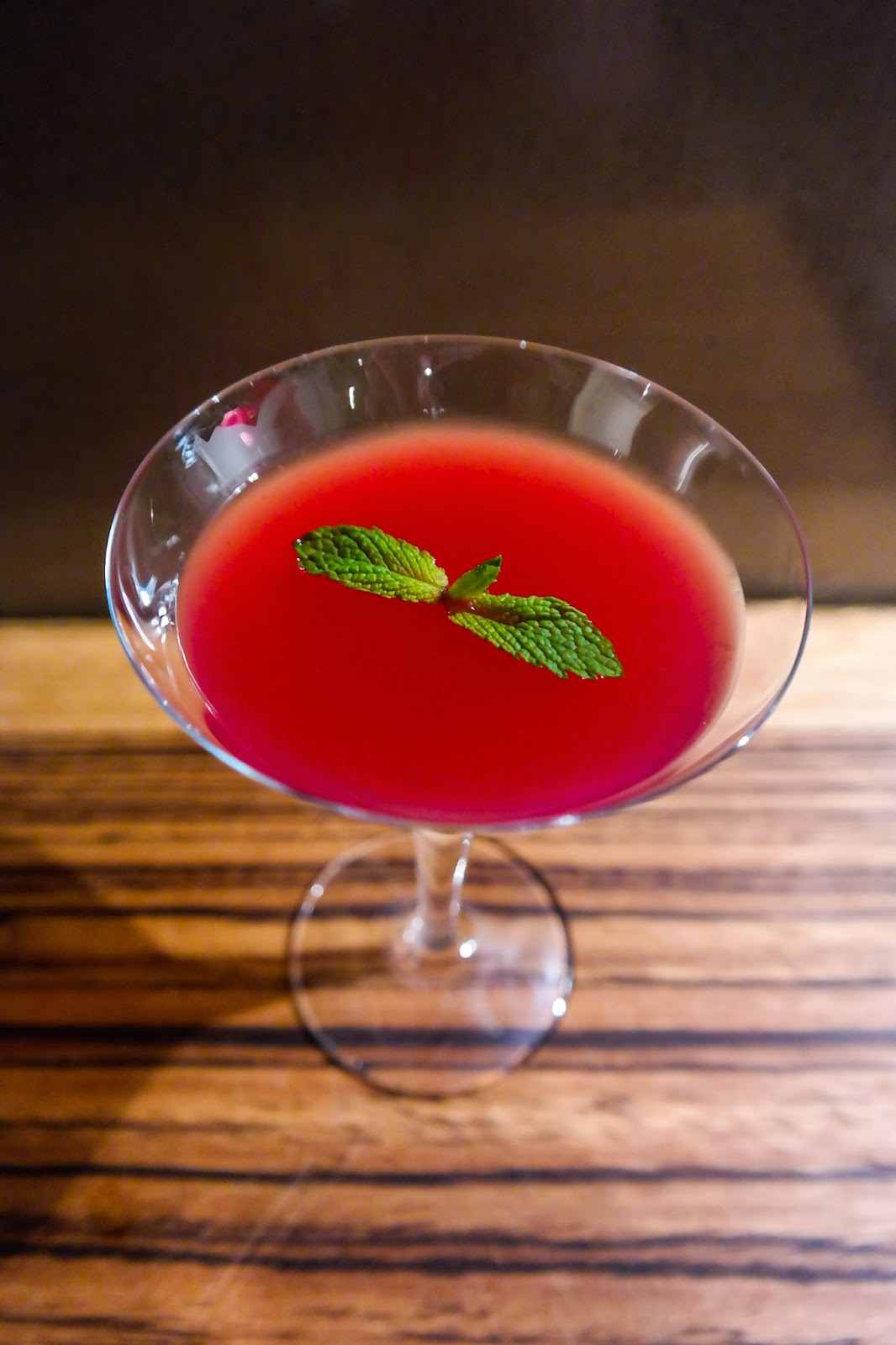