On Tuesday I mixed a pomegranate cocktail as a sort of pre-dinner drink.  As the pomegranate I was given was bloody enormous I had plenty left for another fantastic drink.  I personally much preferred this one, but I'm sure it's completely a matter of taste.  It does, I think, include all of the required elements of a perfectly balanced cocktail: Sweet, sour, bitter and fruit.  It's also more complex than the pomegranate cocktail, but I recok it's worth it – and not nearly as tough as it looks.

As an old fashioned style cocktail it's strong.  One is enough. 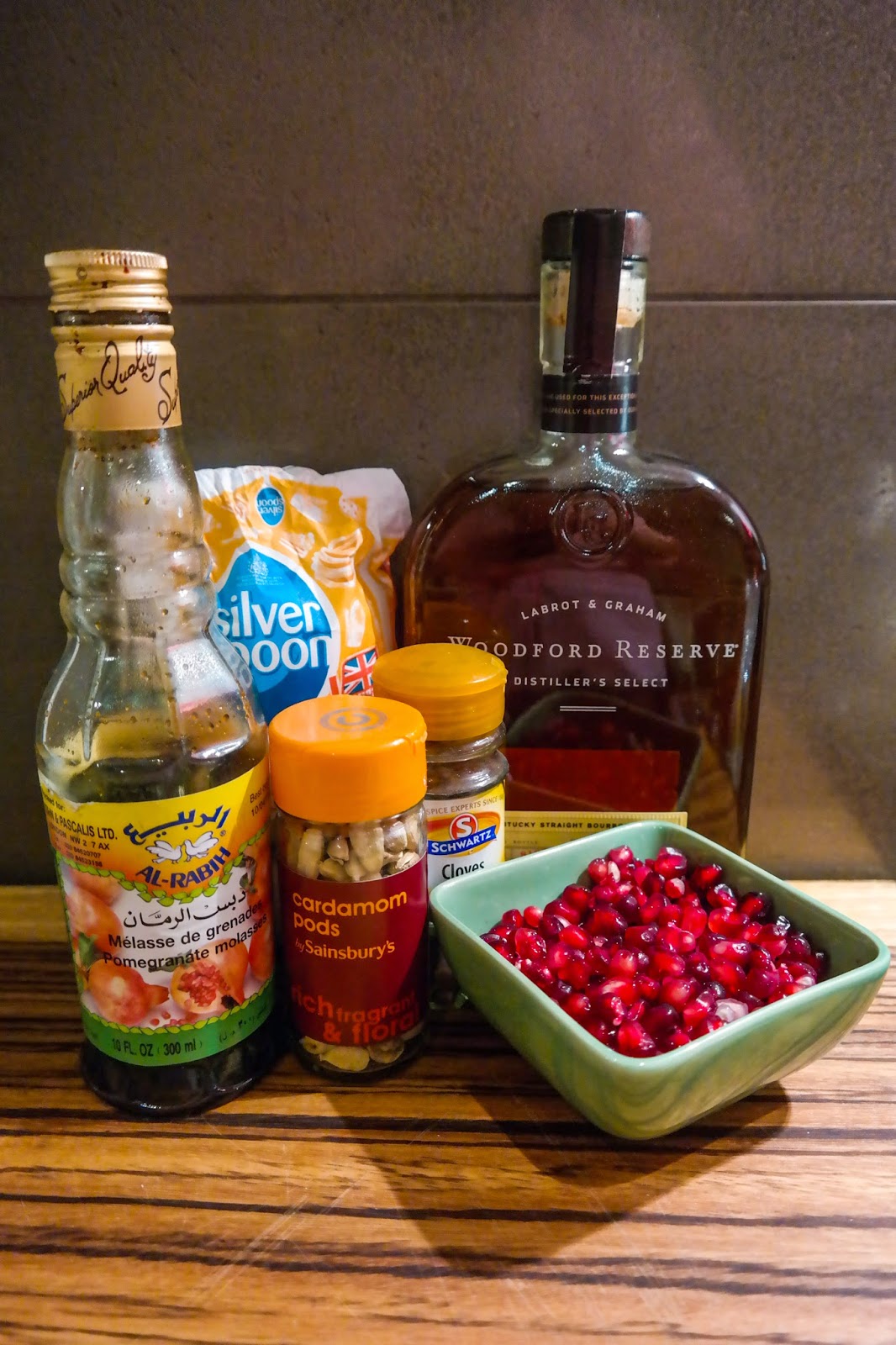 1. First, you gotta make a spiced syrup.  This is probably the complex part, and it's not complex.  Crack the cloves and cardamom pods in a pestle and mortar then chuck them in the smallest saucepan you have.  Add the water and sugar and heat until the sugar is completely dissolved (this won’t take long).  Turn the heat off and let the mix cool right down before straining and bottling.  This will make way too much syrup, by the way, but it'll keep for at least a month in the fridge and I can’t really see a way of making it in smaller quantities. 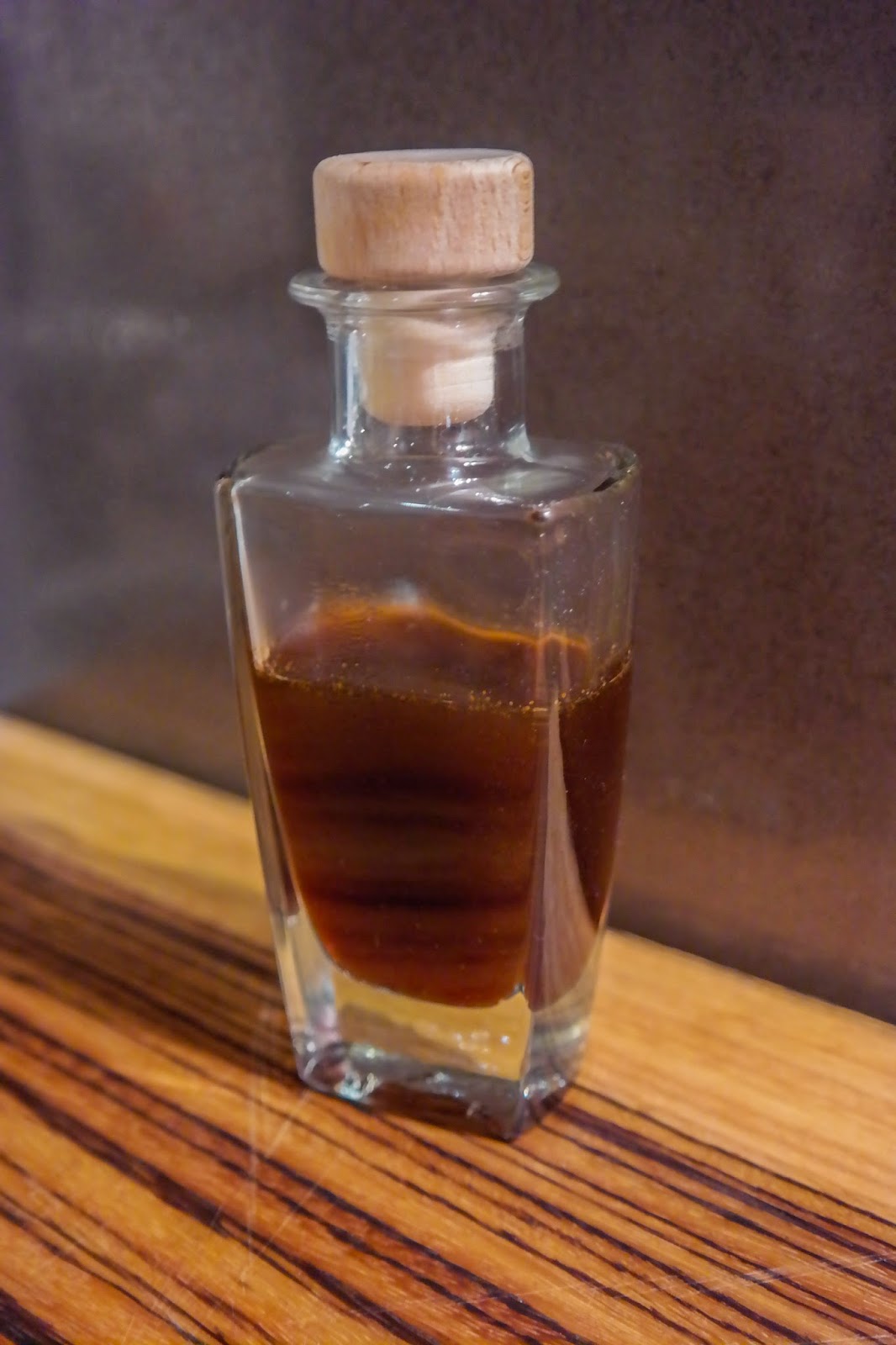 2.  When your syrup is bottled and ready to go, you can get on with mixing the drink.  Start by placing the pomegranate seeds in a cocktail shaker or boston glass.  With a muddler / end of a rolling pin, crush the seeds gently – push too hard and you'll end up cracking the seeds themselves, which are bitter and unpleasant.  Add the bourbon to the mix and stir. 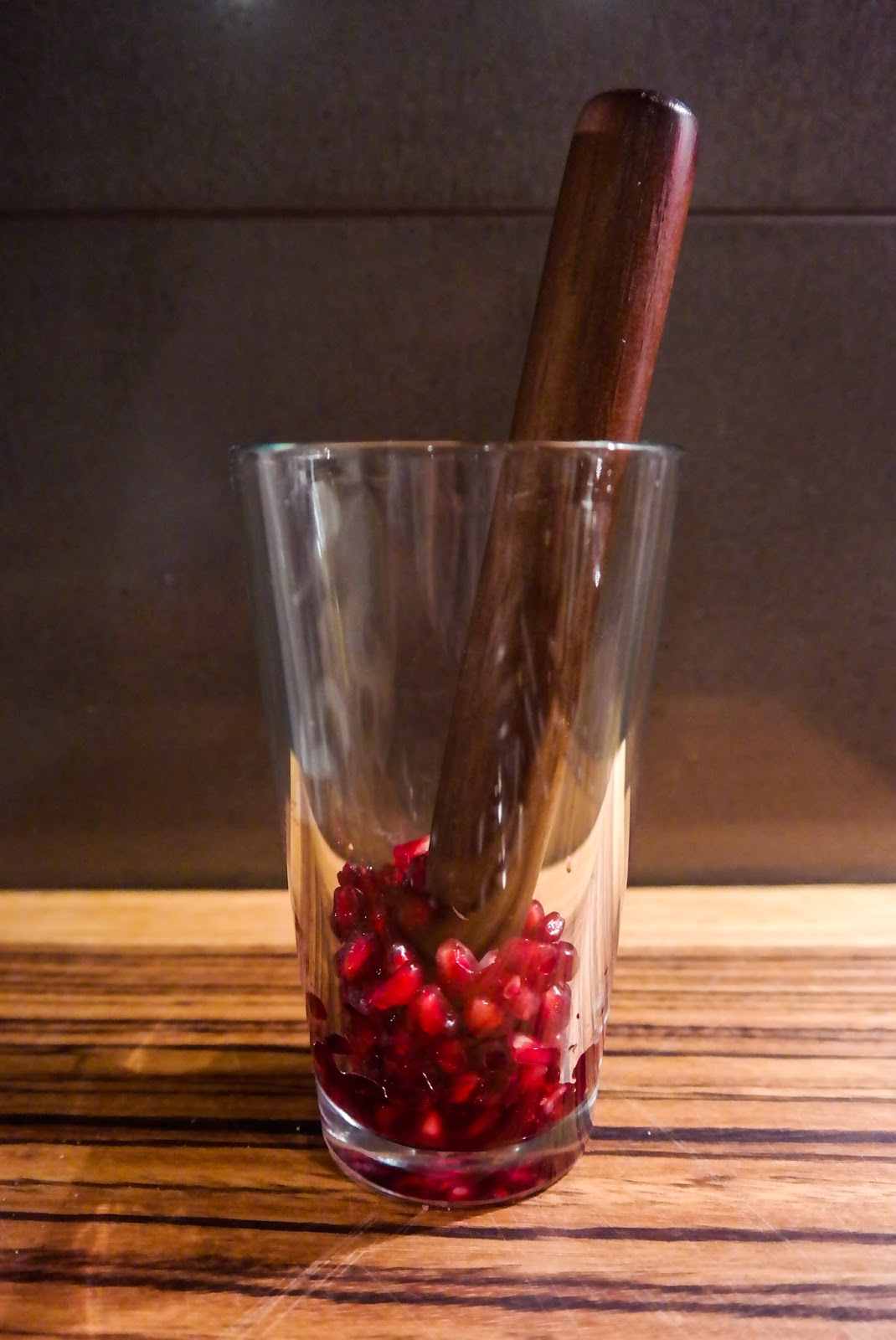 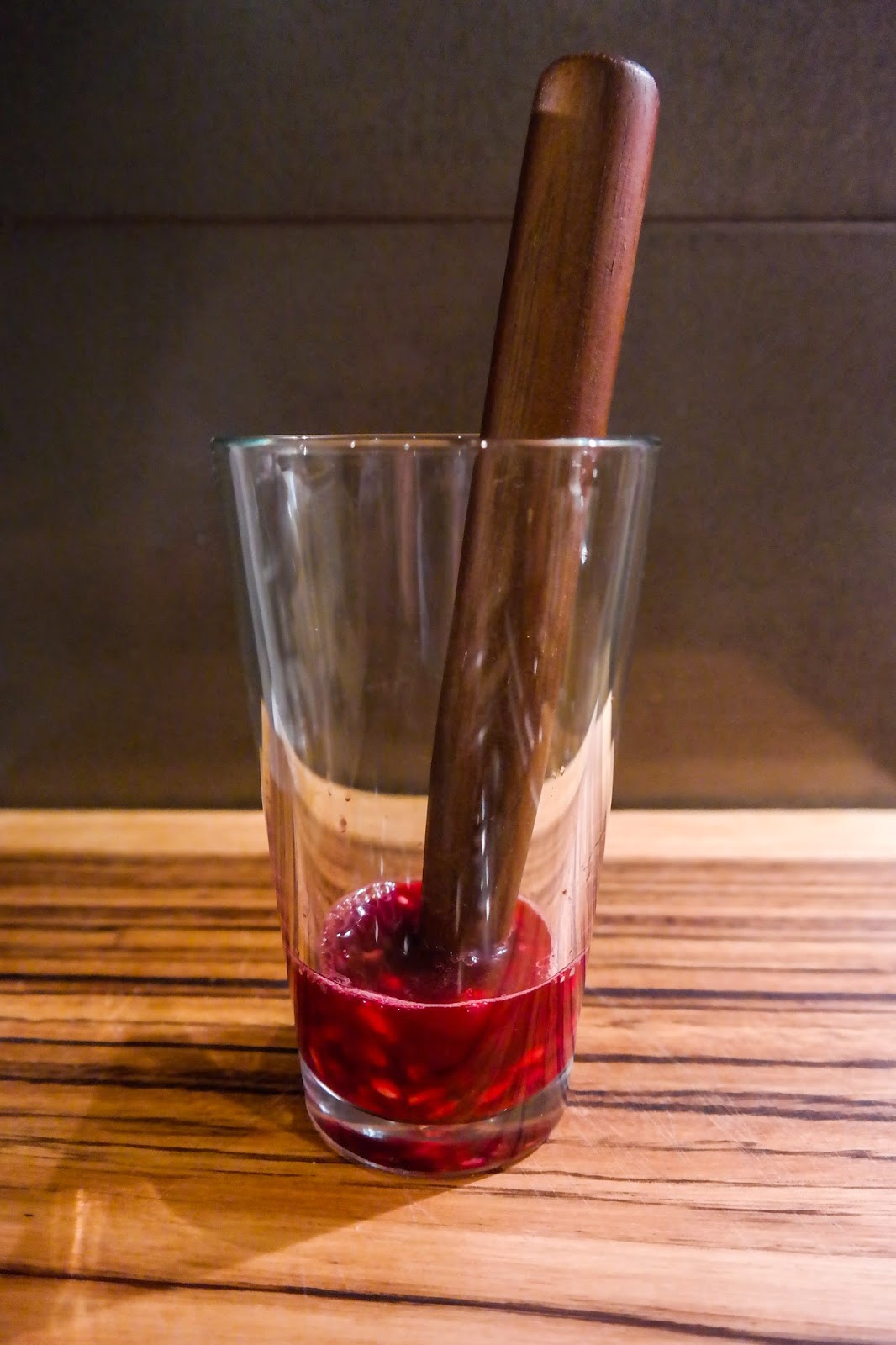 3. In an old fashioned glass mix the pomegranate molasses (despite the name, this is really sour – a proper kick of sharpness) and 50ml of the spiced syrup.  Stir together.

4. Strain the pomegranate juice and bourbon mix.  Add about half of it to the molasses and syrup mix and stir so that they're fully combined.  Add a handful of ice and stir again until properly cold.  Add more ice and the remainder of the juice / bourbon and repeat.  It has to be utterly chilled to be right.

5. Cut a thick slice of orange peel off the fruit using a vegetable peeler – I find that this takes away as little pith as you can get, which is (again) horribly bitter and should be excluded to the extent possible.  Twist the peel over the glass to release the oils, before adding to the drink and giving it one final stir. 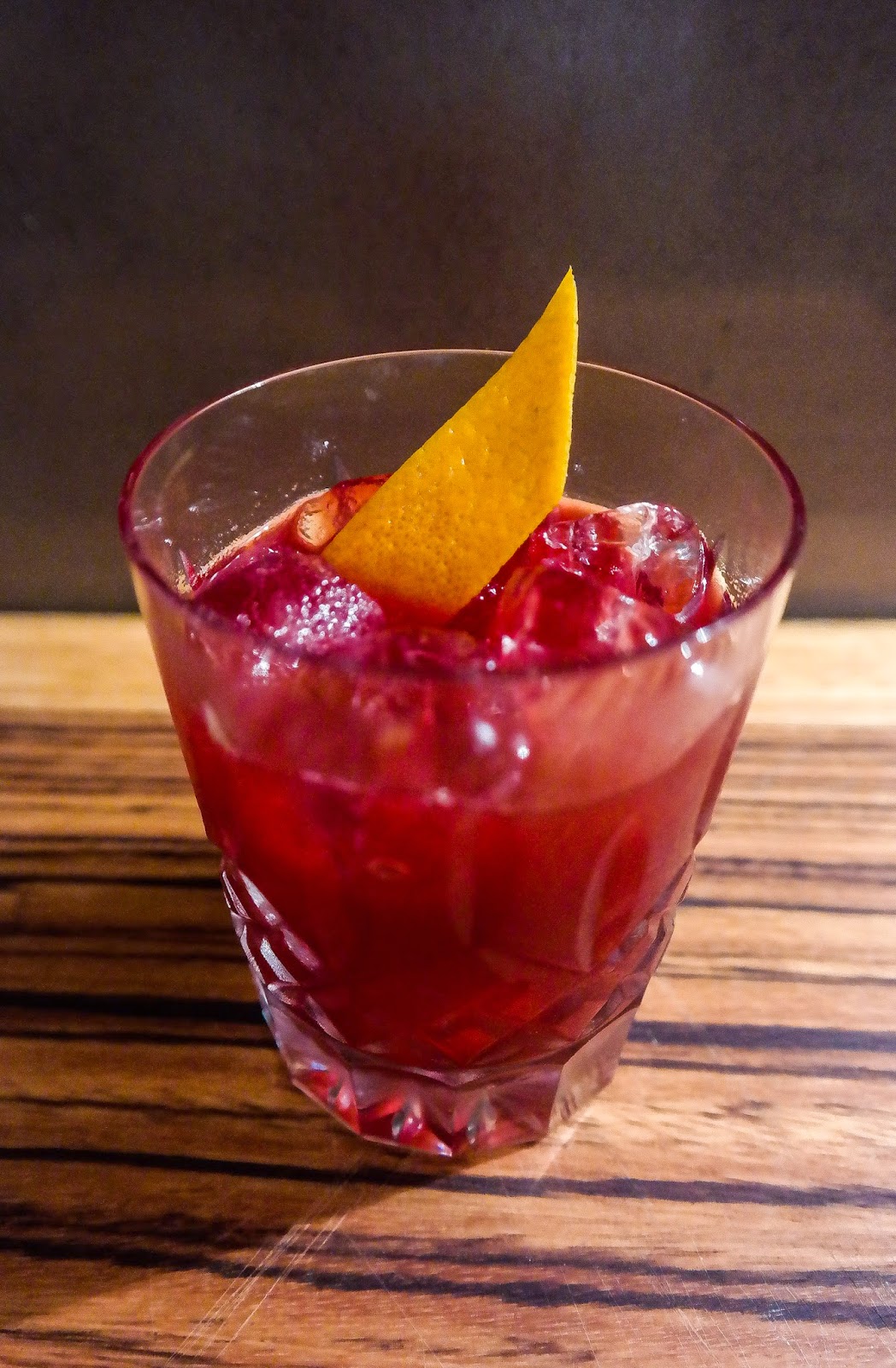 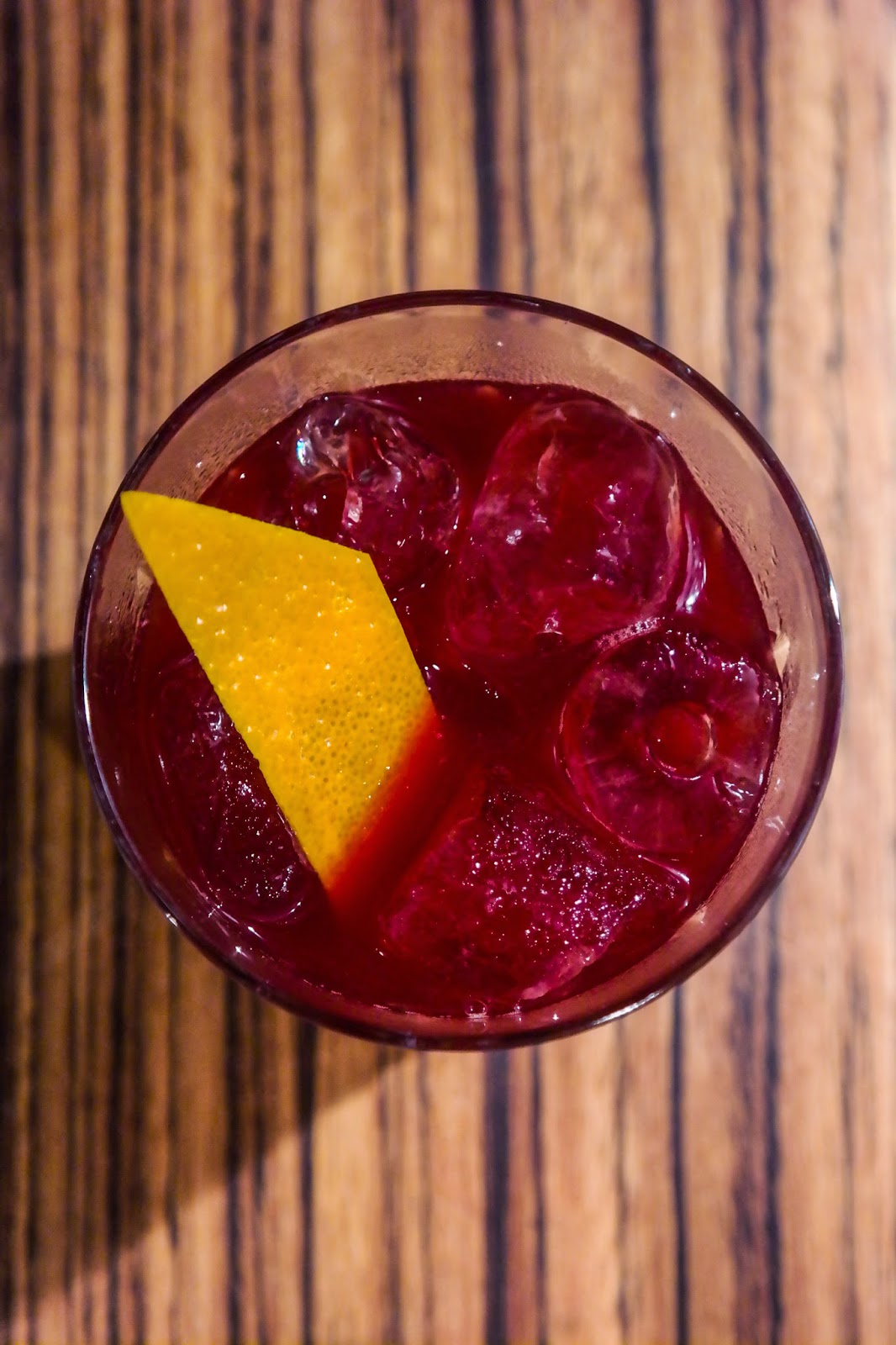 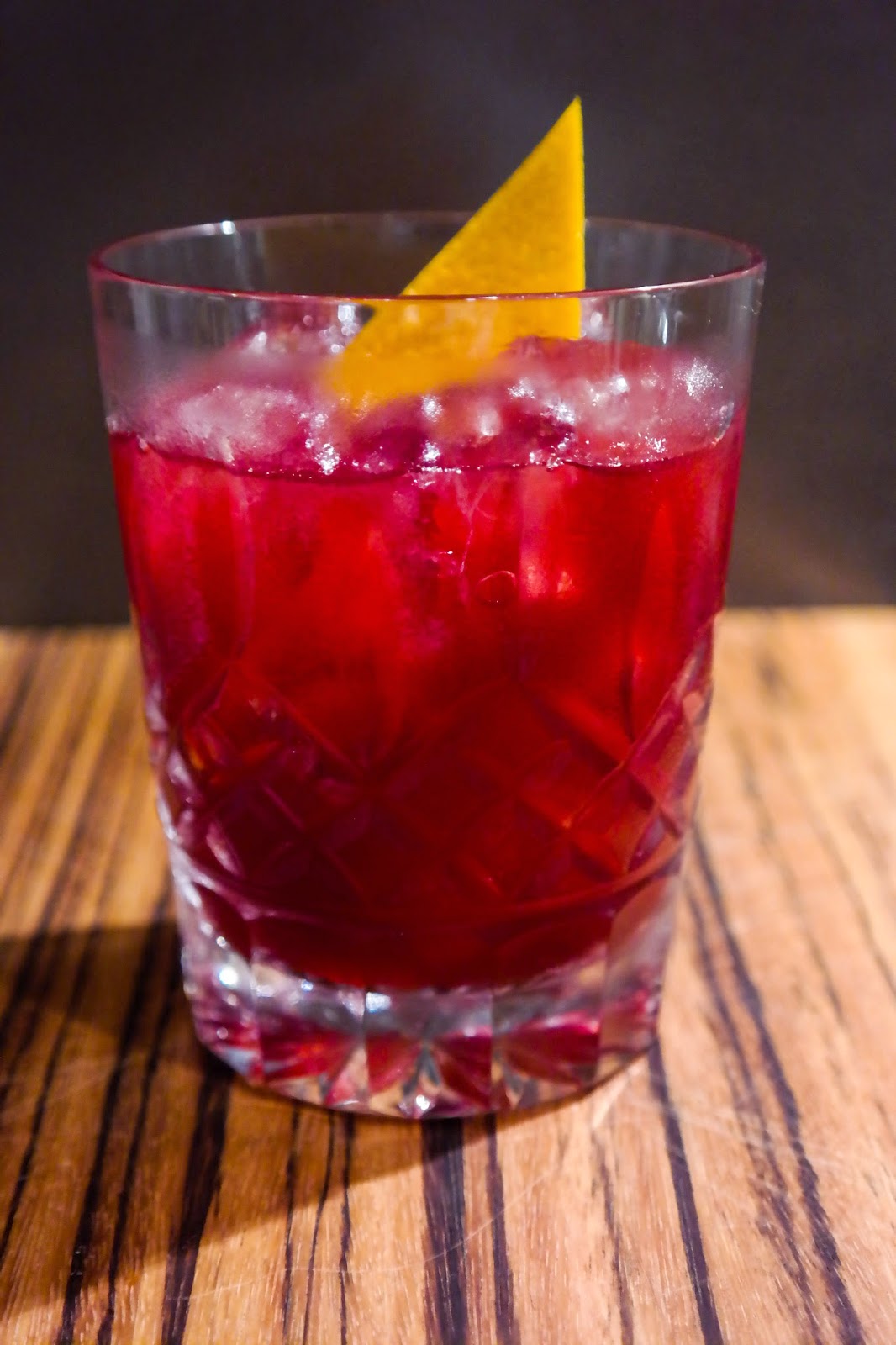