Being in Barcelona, as we were, in the midst of the highly controversial Catalonian independence referendum, there was plenty of marketing, hype and merchandise going around - for both sides of the argument.  But one attempt to cash in on the will-they-won't-they vote caught my eye in particular.  The bakery next door to our hotel had a line in little pastries that were like a halfway house between yum yum donuts (in taste) and gingerbread men (in shape).  For the day of the intended referendum (which never officially came off in the end) the little doughy dudes were done up in Catalan colours and given issue flags yo wave - Yes, No and ?.  Well played. 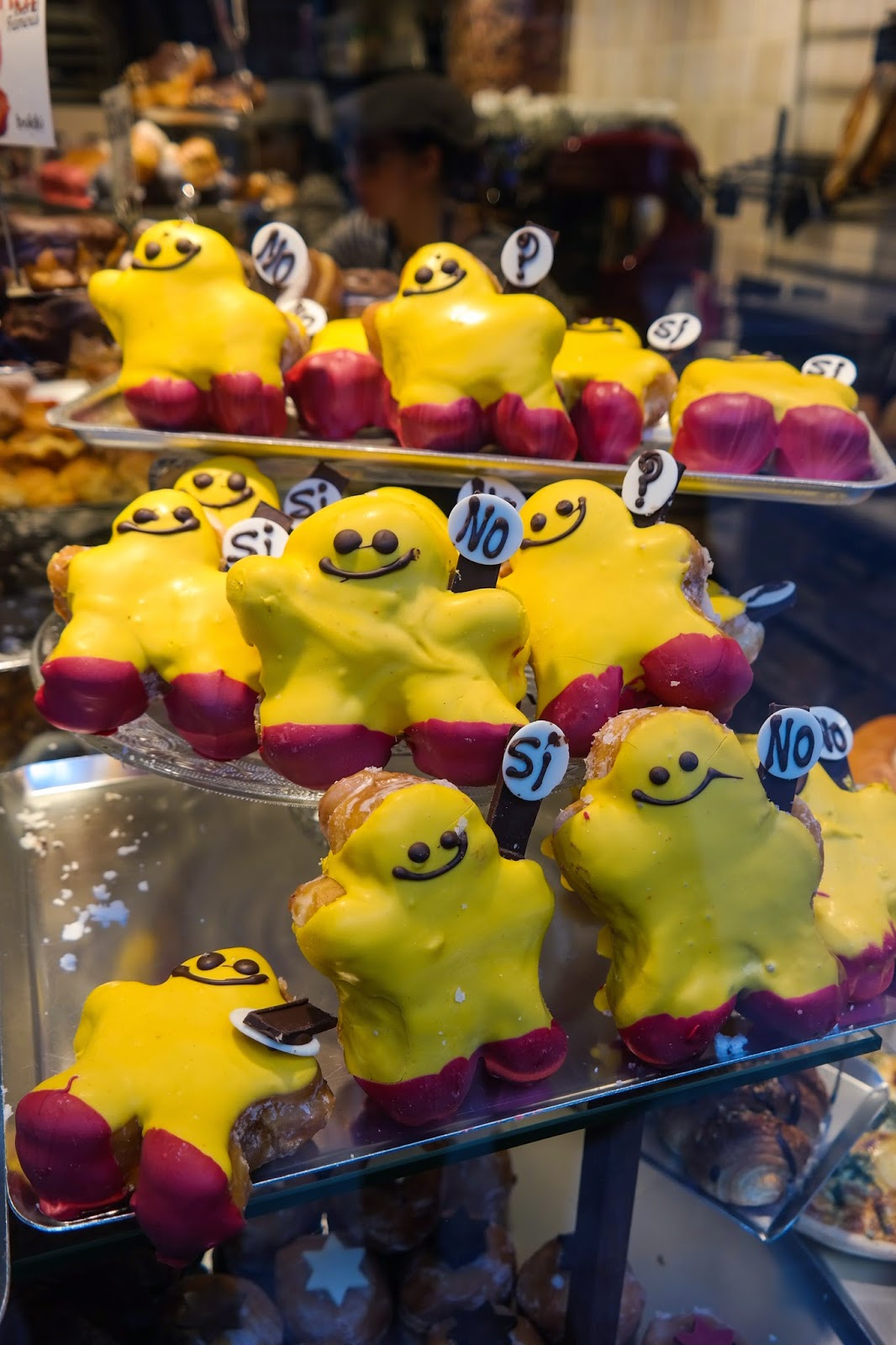