This is a recipe handed down from GrubsterMummy who makes a batch of spiced cranberries every year around Christmas time.  They're so good, that BigGrubsterSister takes a jar back to Australia whenever she visits the UK.  However, having helped the production process last year and made my own batch this year, I have to wonder why – because they’re the easiest thing in the world to make.  They also have the advantage of lasting for ages – easily a year, we find, often using the previous year's batch each time around (provided you seal your jars properly).  However, that said, it's best when it's fresh, so I recommend making it now for this year.

Strictly speaking this isn’t a cranberry sauce and more a cranberry condiment.  But it's way better, and has the advantage of going equally well with goose as it does with turkey, on account of it being not so sweet.  It's actually quite a sharp sauce – despite the sugar, the sharpness of the cranberries and the tang of the vinegar both cut through.  But that's what makes it so good. 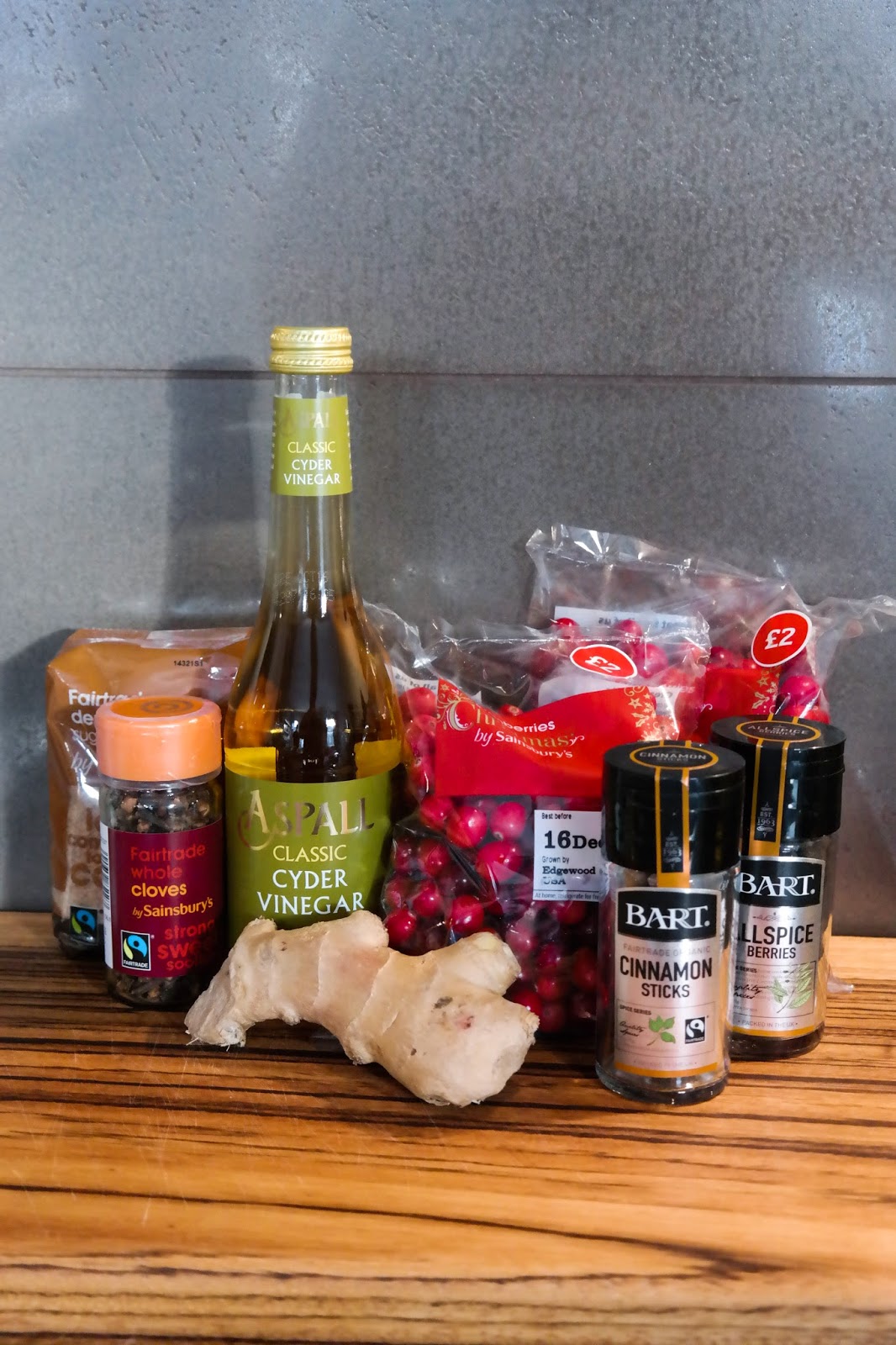 You will also need some jars to keep the finished product in, a muslin / cheesecloth about 20cm x 20cm and a 10cm length of kitchen string.

The first thing to do is make up your spice bag, so that you can infuse the spices without getting them caught up in the cranberries.  I do this by placing the muslin over a very small bowl, filling the cavity created with the spices, then picking up all four corners of the cloth and tying the string around the neck. 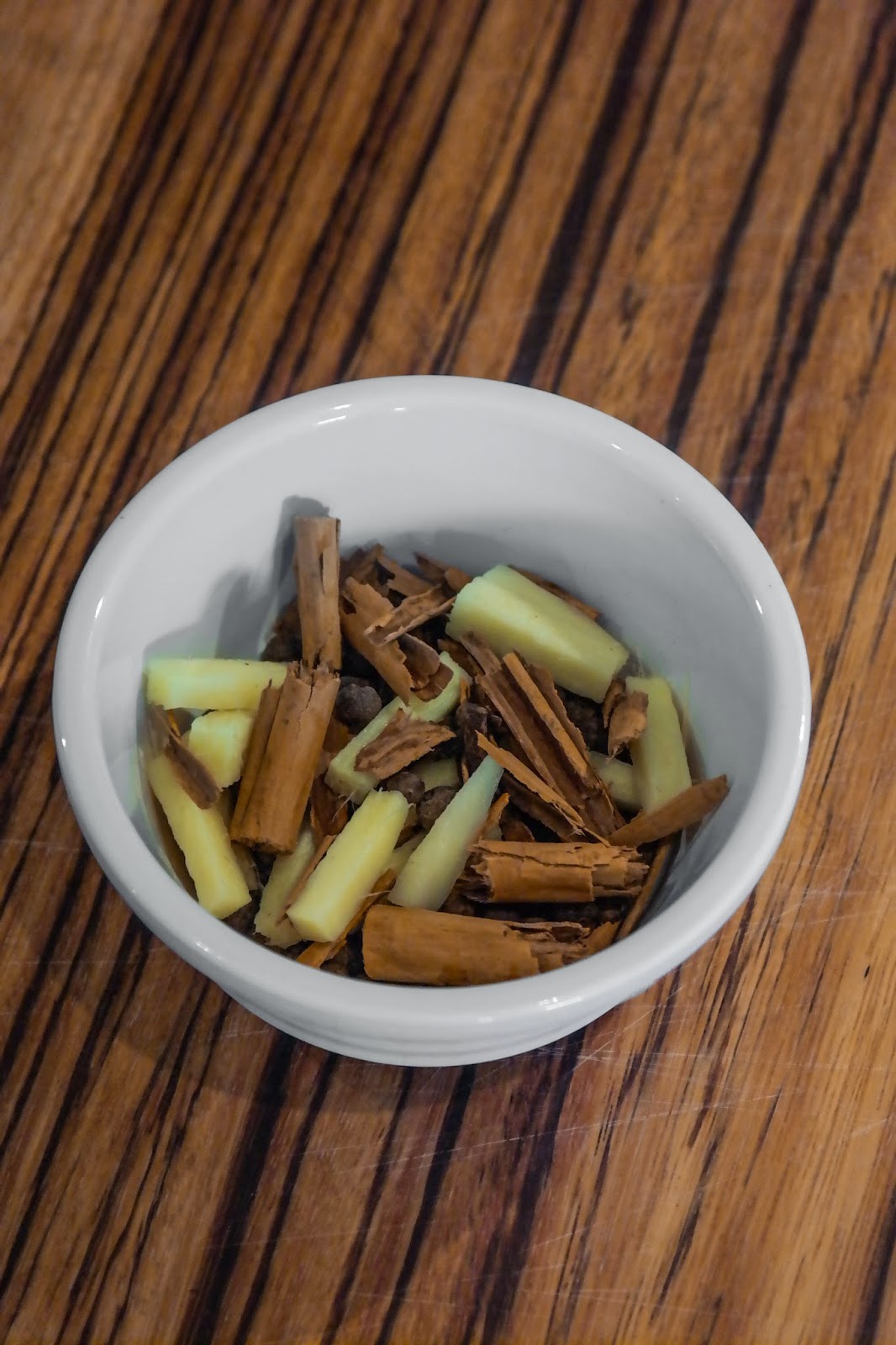 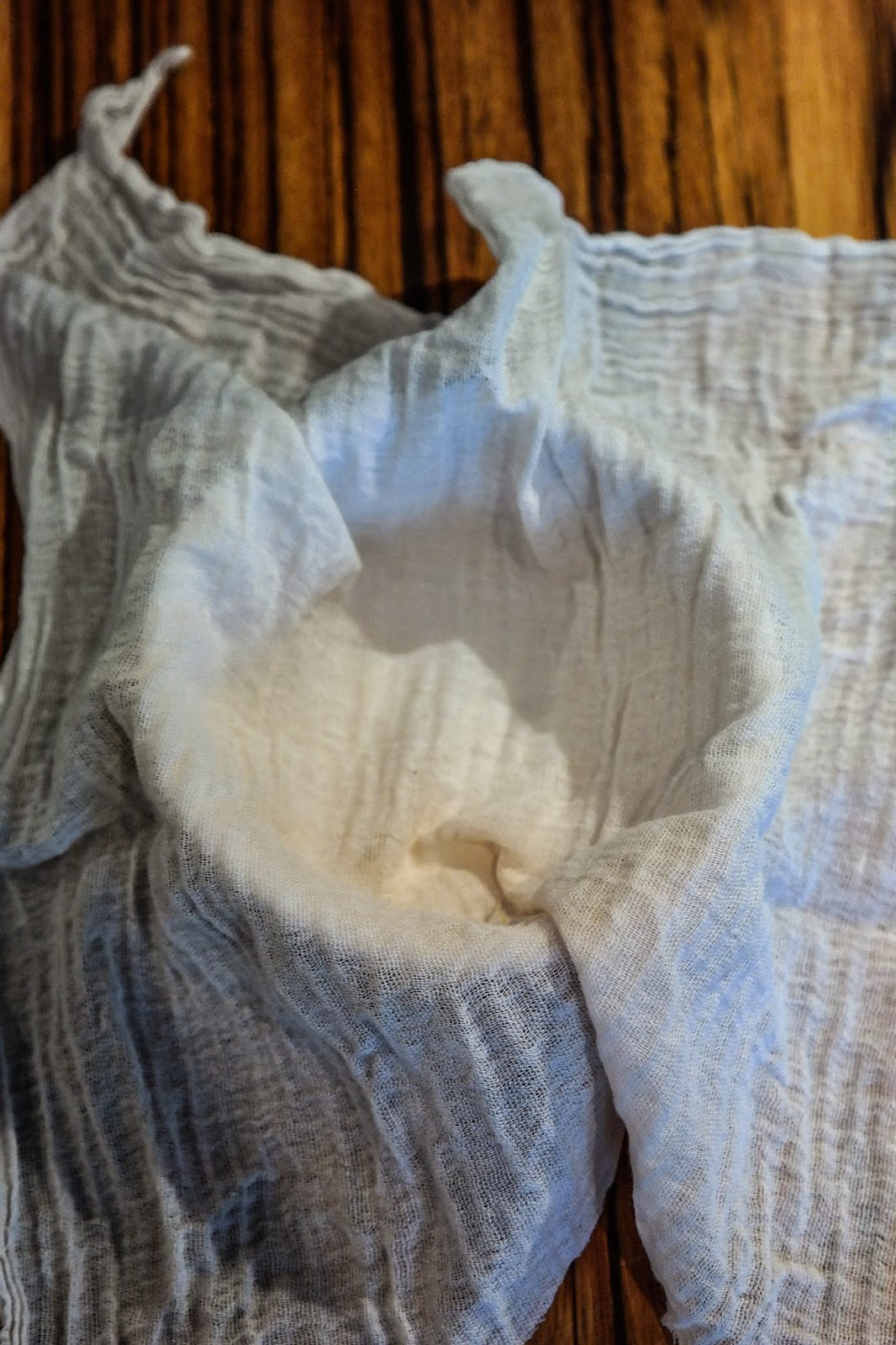 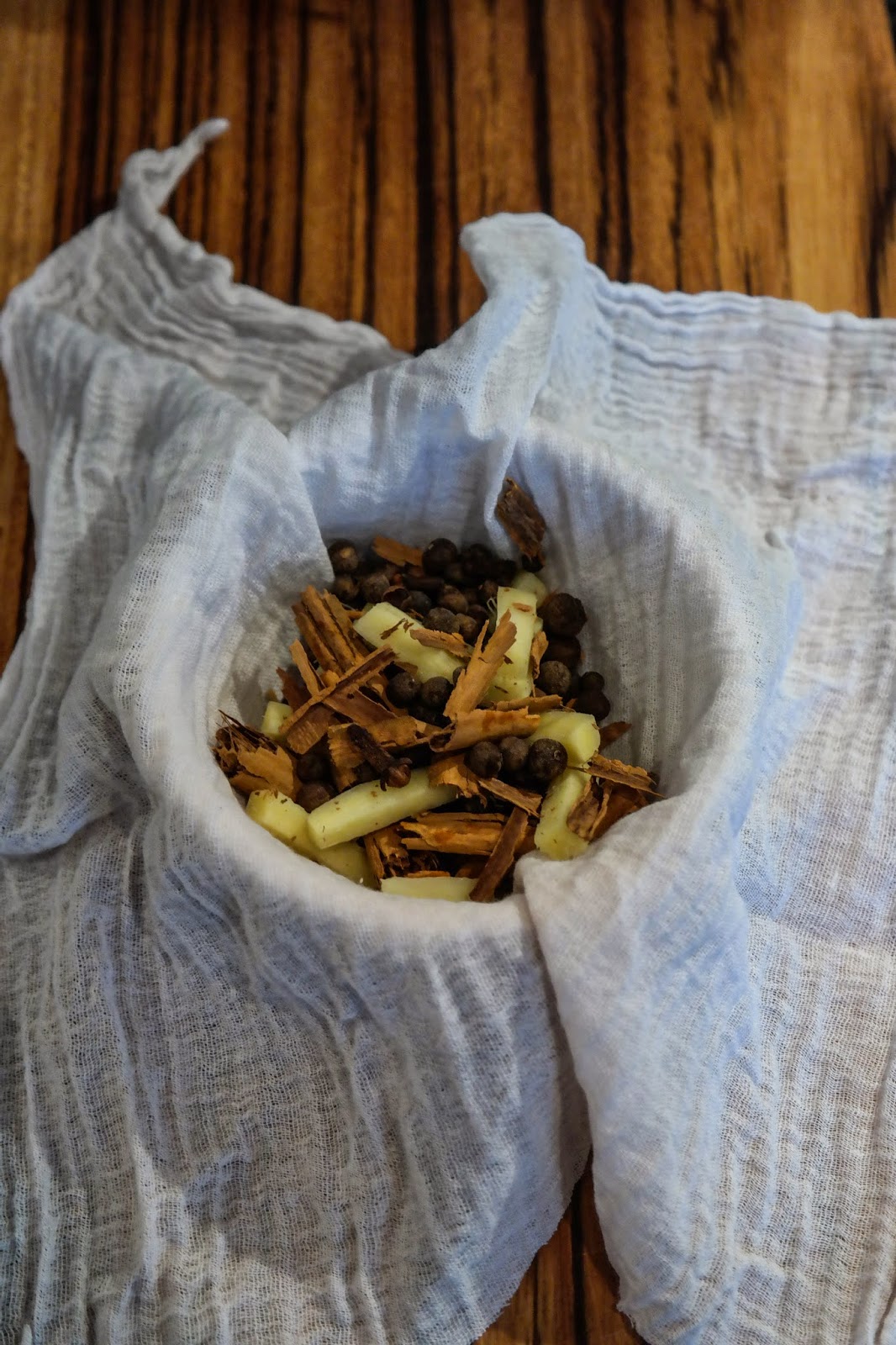 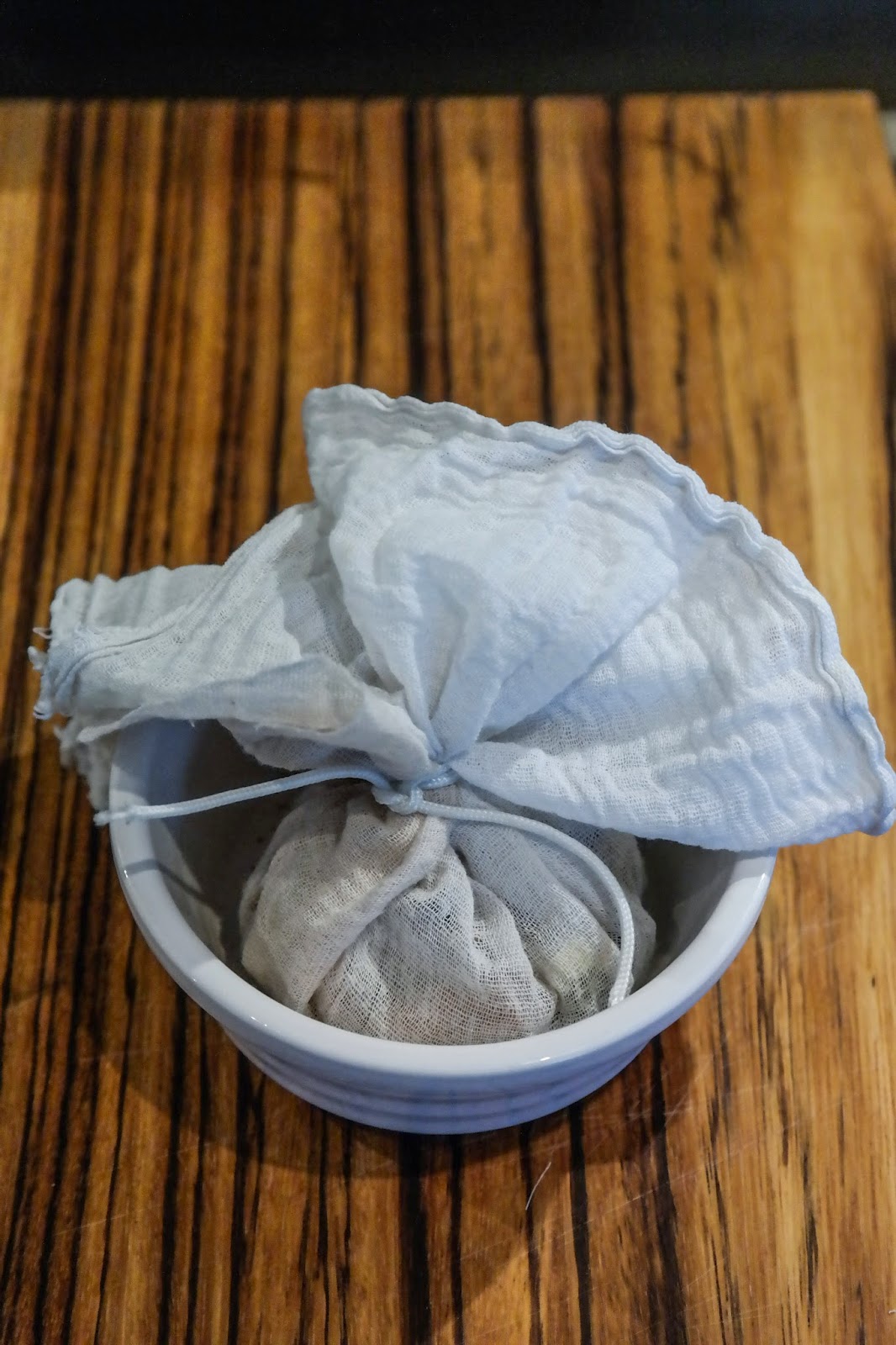 Next, place the bag in the middle of a medium saucepan and tip the cranberries around it, so that the top of the bag protrudes from a sea of little berries.  Pour all of the vinegar over the berries and turn place the pan over a high heat.  You'll notice that the vinegar doesn’t immerse the berries – that's normal. 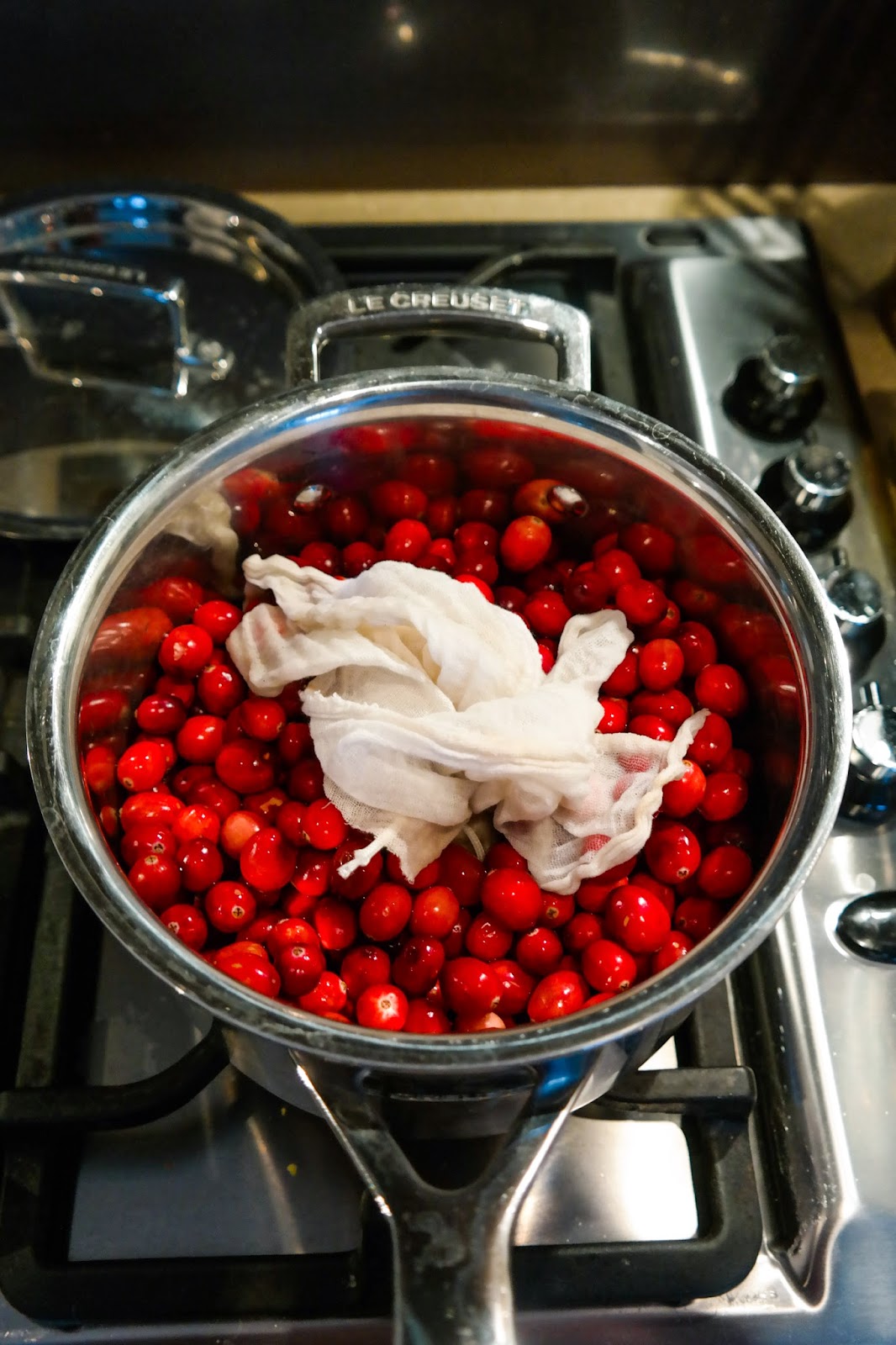 Keep the heat on high until the vinegar starts to boil – you should see this as a couple of bubbles appear and you hear the occasional berry pop.  Once boiling, turn the heat down to a simmer and leave it simmering for 25 minutes. 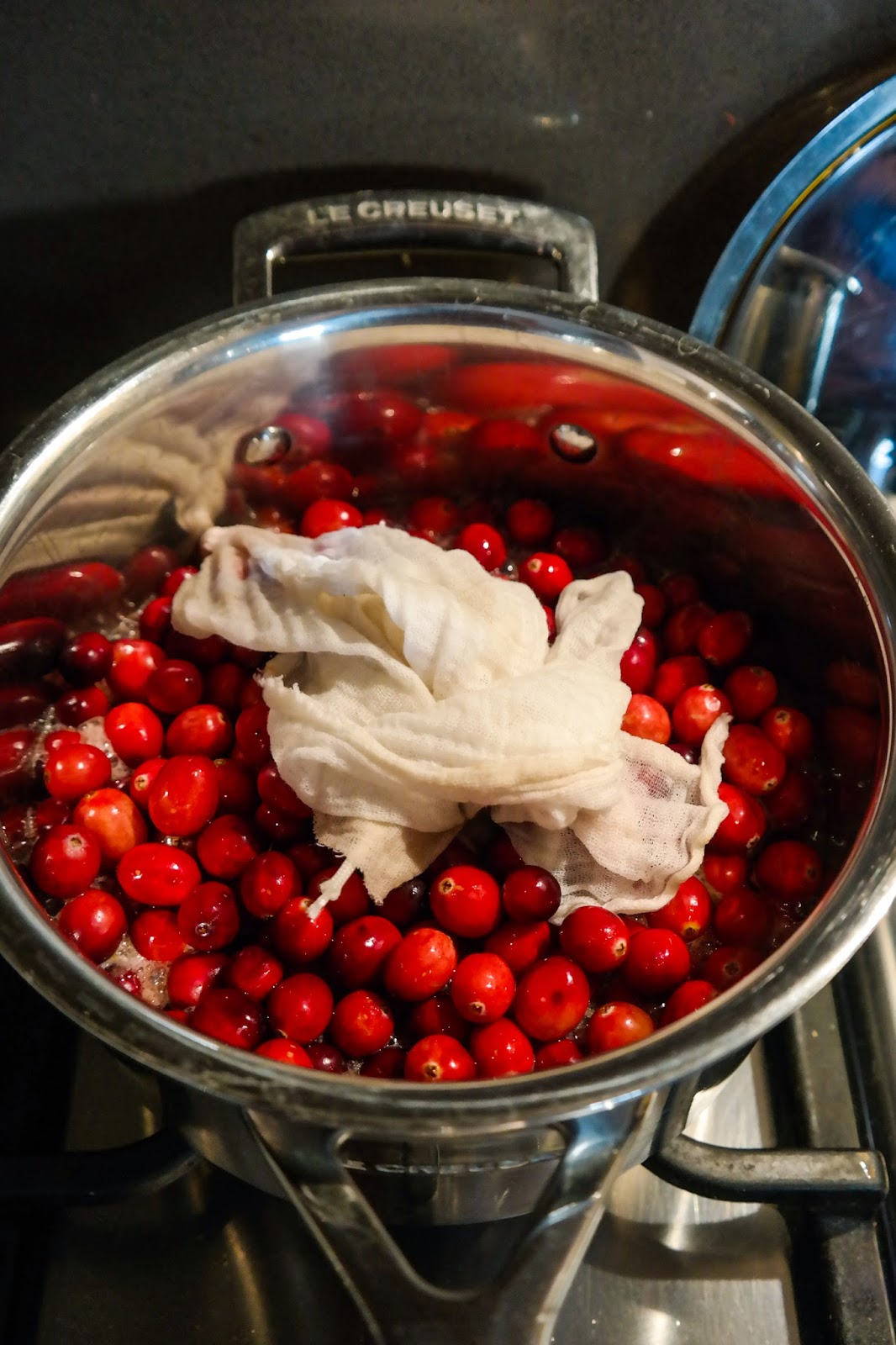 It's probably a good idea to get your over up to temperature now, to sterilise the jars: turn the heat to 120ºC. Also, take this time to wash the jars in hot and slightly soapy water.

At the end of this time you'll see that most of the berries have popped and there's a lot more juice in the pan.  This is good. 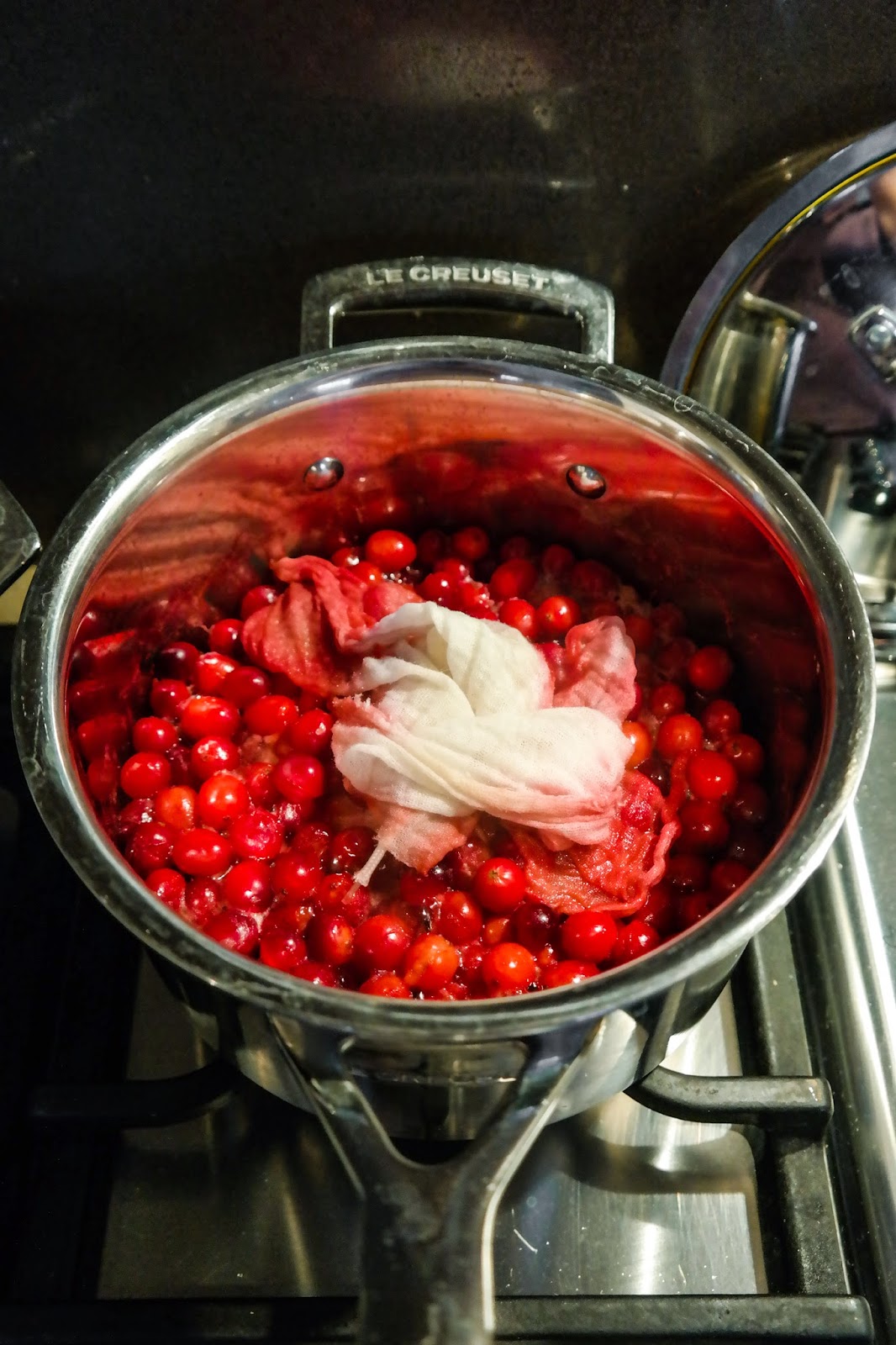 Now add the sugar – all of it – and stir it in.  Bring the mixture back up to a simmer and cook for a further 25 minutes, stirring occasionally. 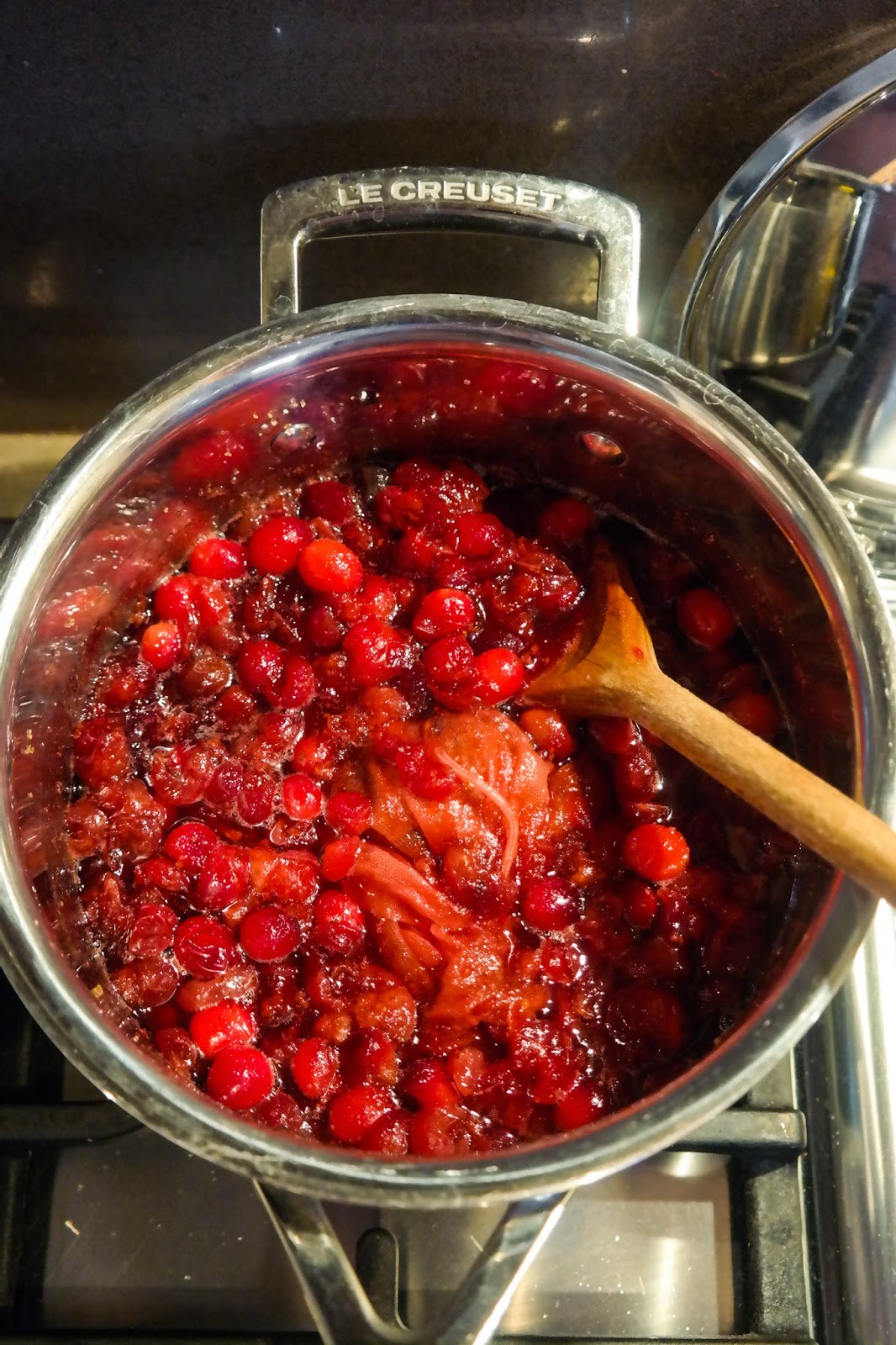 Get the jars in now as well – they need 20 minutes in the oven.  Once they're done, get them out and arrange on a chopping board (so that they don’t ruin your work surface).  Be very careful handling them – as they're glass they'll retain their heat for ages.

Once the 25 minutes is up, your cranberry mix should be nice and mushy and all of the sugar dissolved. 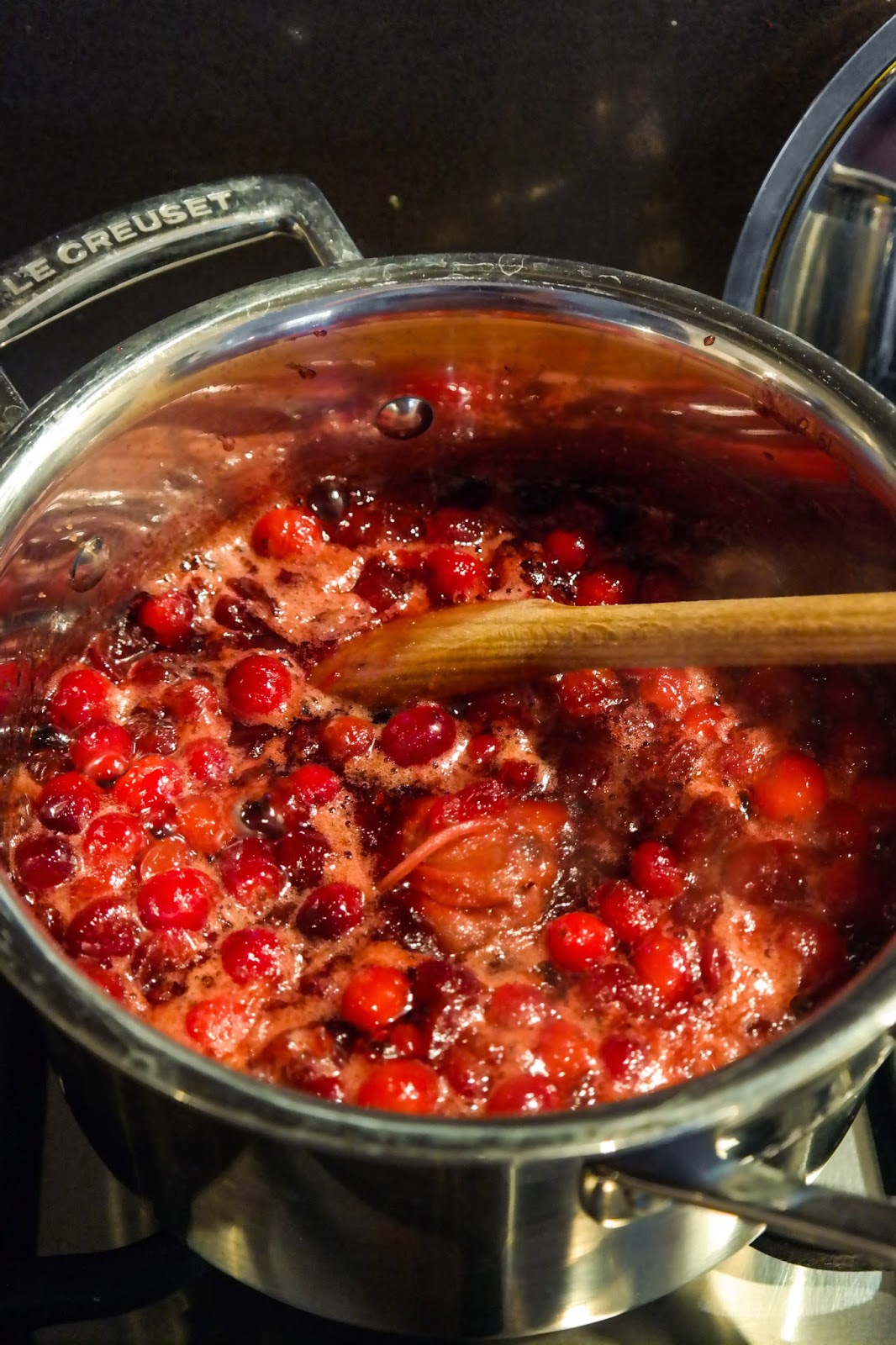 First, remove the bag of spices using tongs.  Give it a good squeeze on its way out to release any juices in there and scrape off any sauce with a spoon. 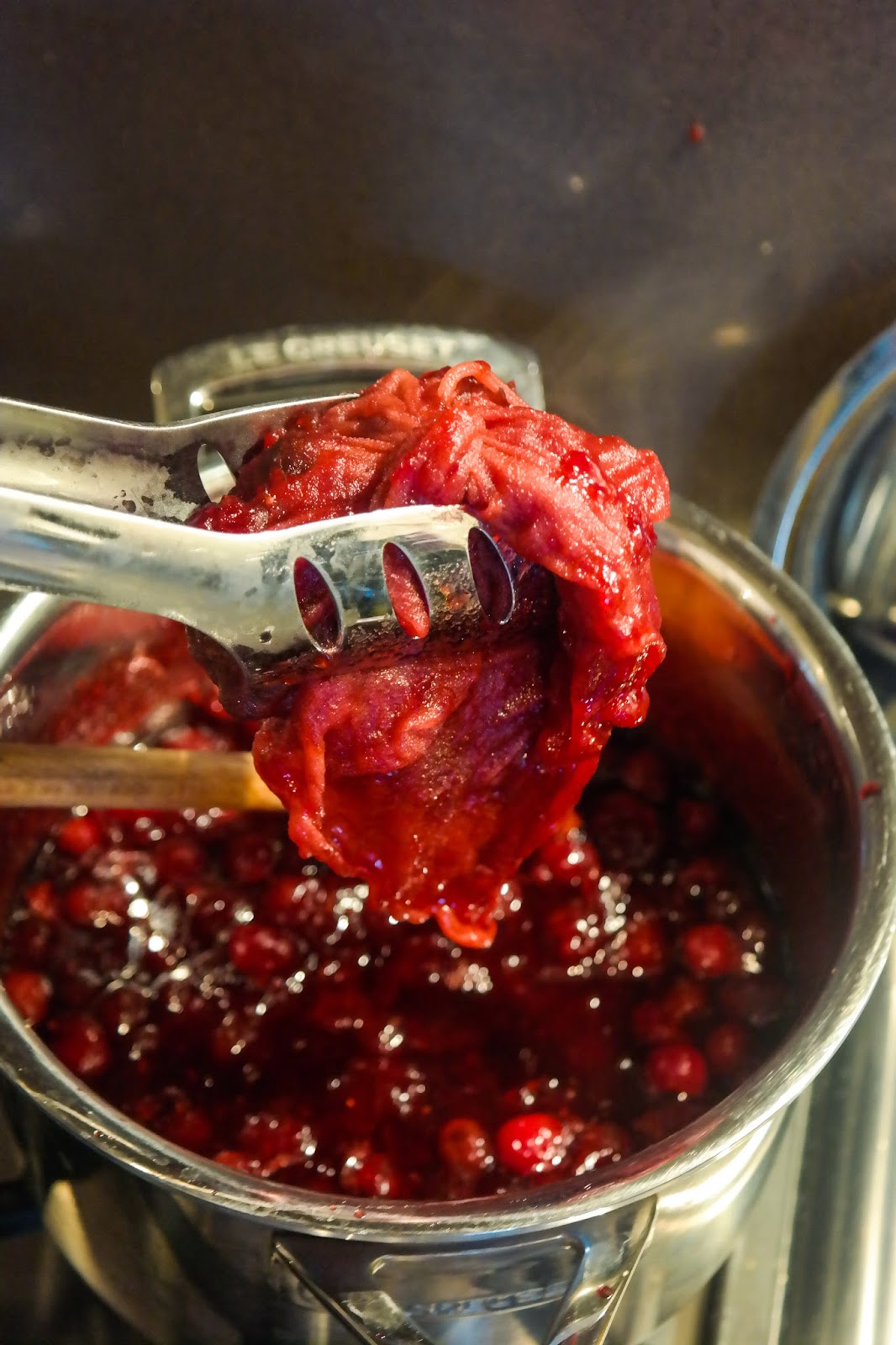 Using oven gloves and a ladle, transfer the mixture to your jars.  If you're using Kilner-type jars, then wait until the glass is just cool enough to get the rubber seals on and close the lids.  You may see a bit of condensation, but this should pass when they're fully cooled. 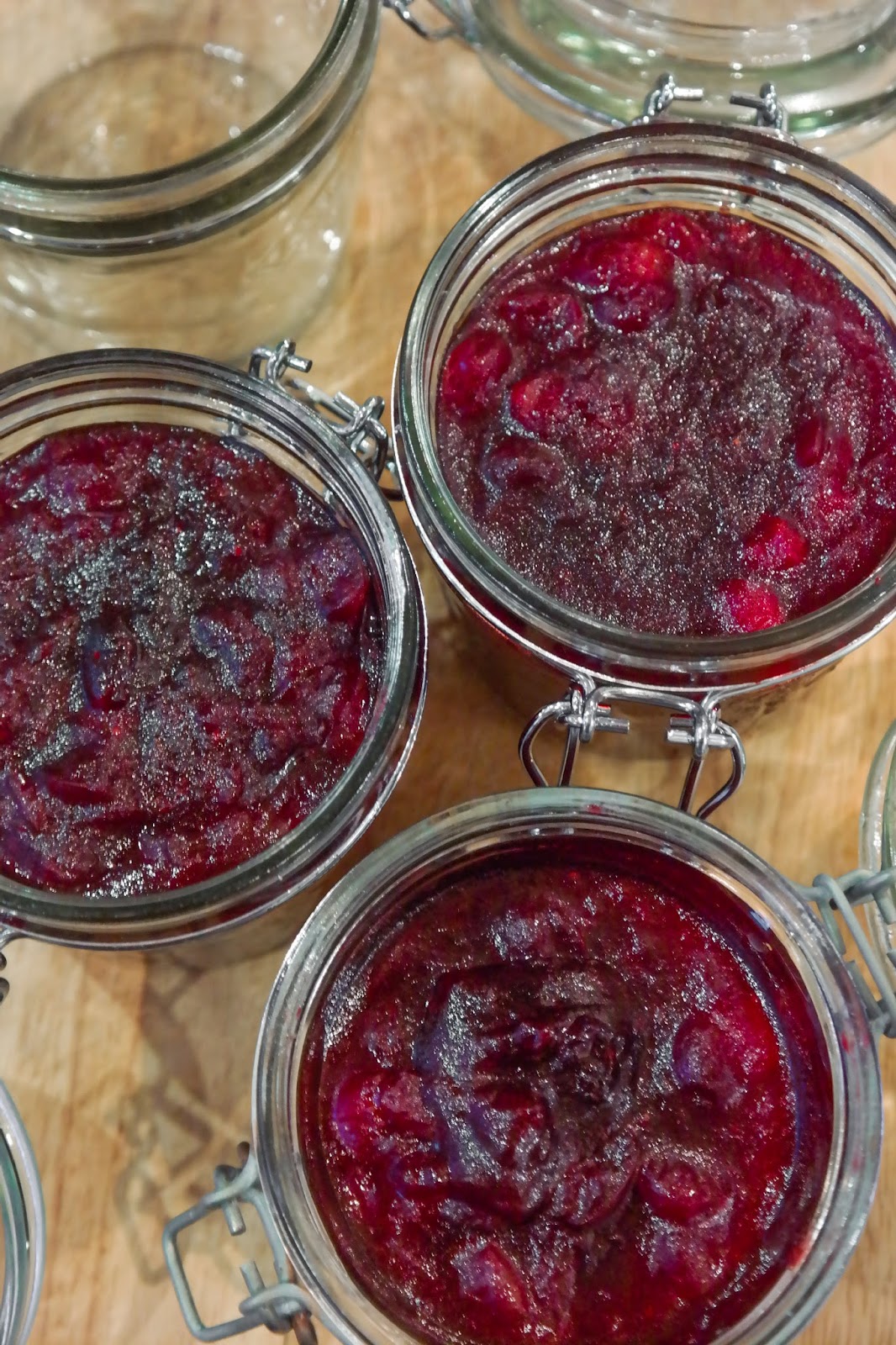 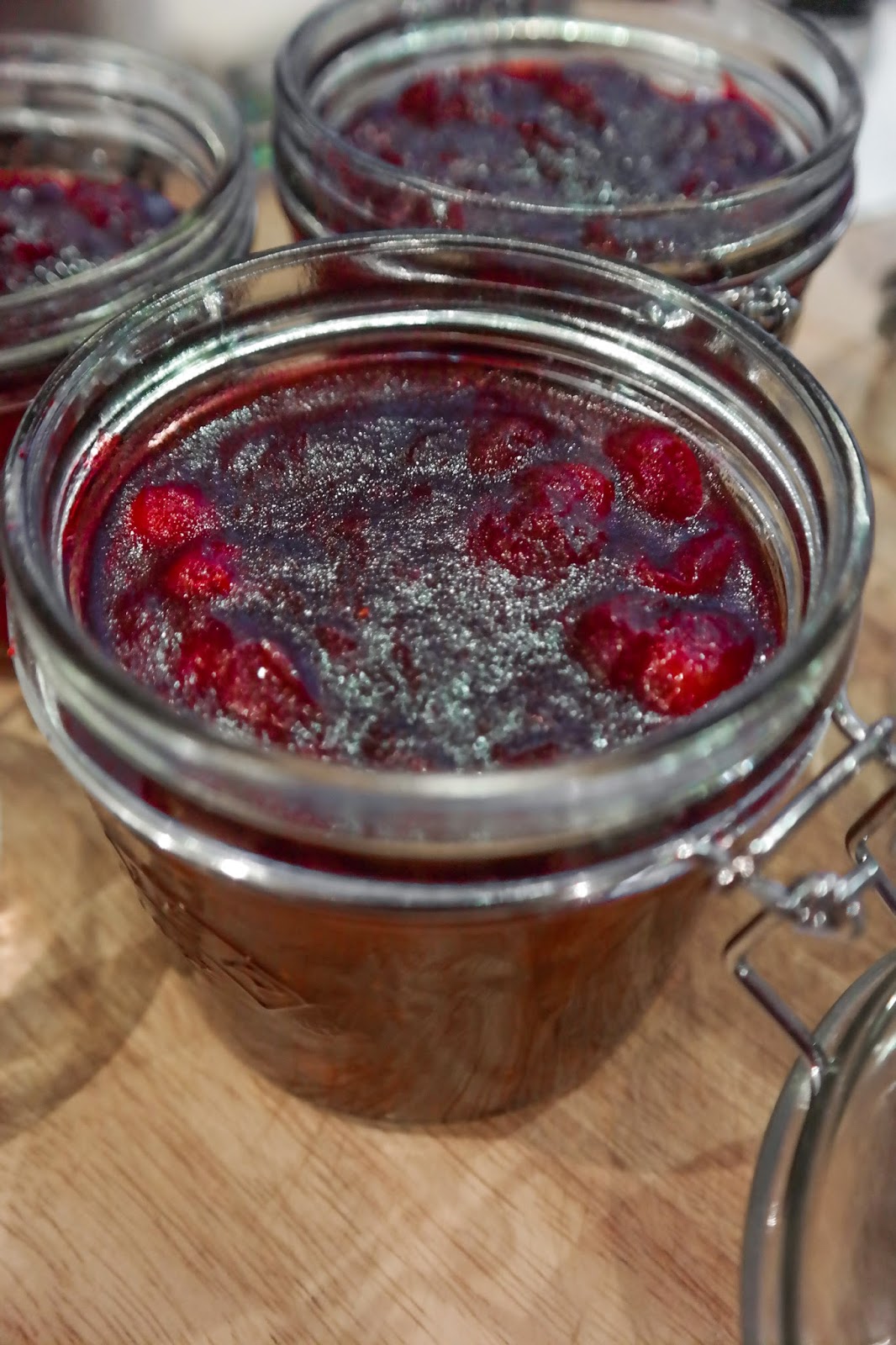 
PS: The recipe is actually adapted from Good Housekeeping's 1973 edition of The Cookery Year.  It's a fantastic book, actually, containing a base recipe for almost any dish you want to attempt – a sort of British Silver Spoon.  If you can get your head round conversions from Imperial to Metric, you're fine.  And it's chocablock with wonderfully retro pictures and dishes. 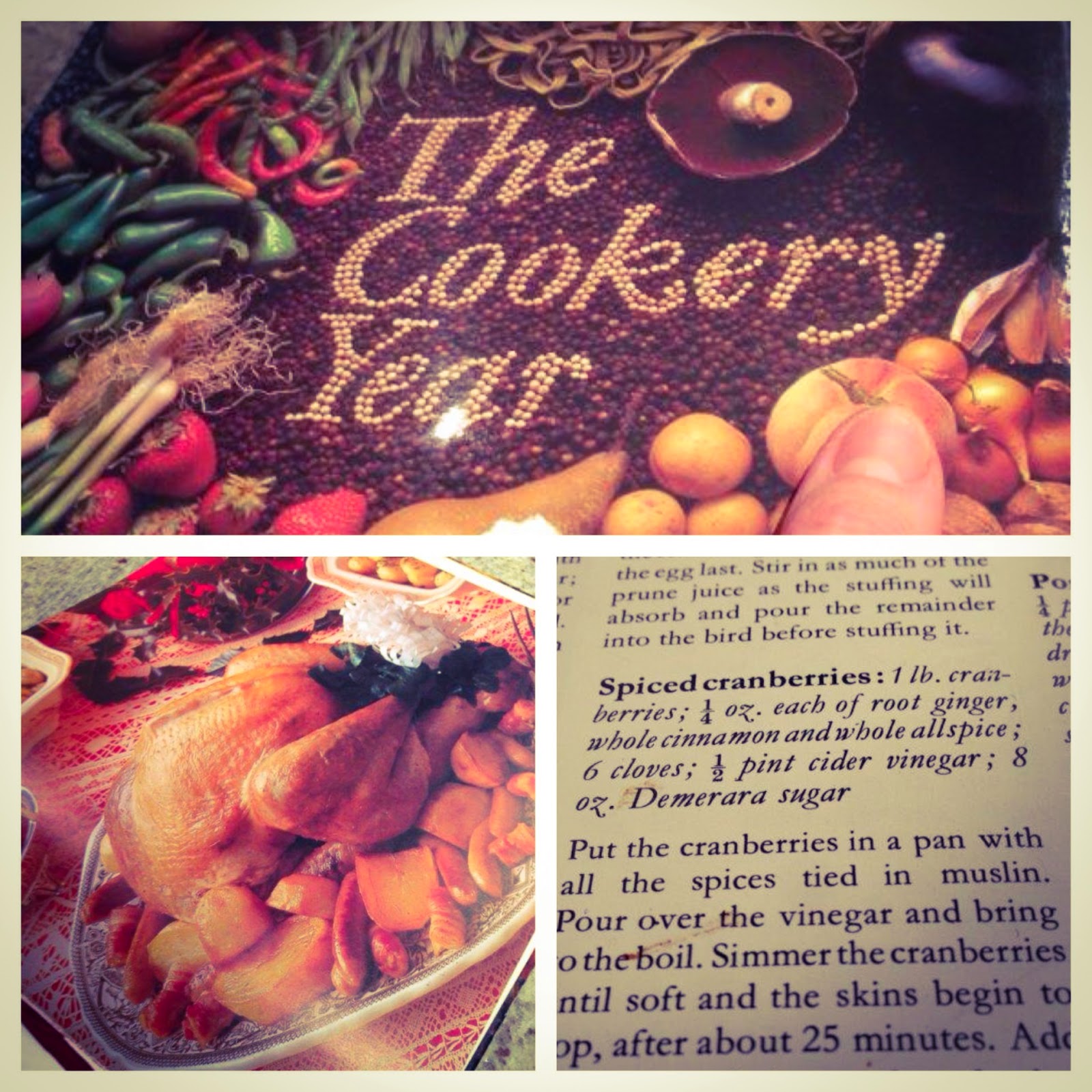