The hustle and bustle is really quite something as well.  I went relatively early on at lunchtime and already the place was heaving – barely enough room to find a corner of a table to perch at.  Hawker centres are sometimes talked about as if they are the heart of Singapore – and I can see why.  Here you will find all walks of life – families out with kids or grandparents for chicken and rice, Singapore's ultimate comfort food, to high-flying suits, scoffing down noodles and fish balls.
﻿ 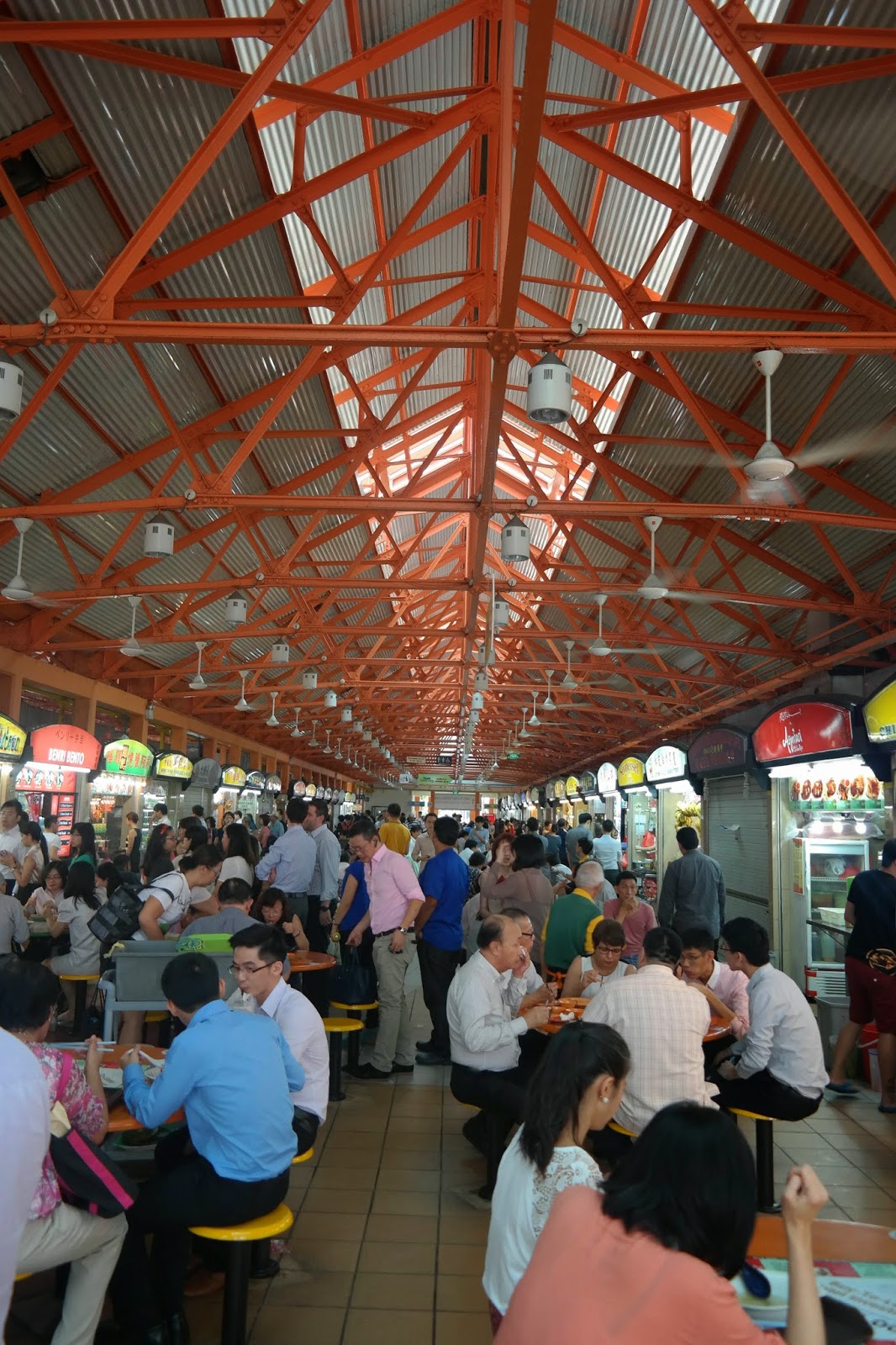 Maxwell Road's hawker centre is (I am told) amongst the best.  Located in Chinatown, it has a very Chinese-focussed cuisine.  But that's not to say that you won’t find plenty of other foodstuffs on the menu – from Arabic grills to Indian curries - all washed down with copious fresh juices and kopi.

At the nearby Chinatown Heritage Centre I learned that food hawking started in Singapore in the late Nineteenth Century, as the booming populations began to flog (or hawk) their edible wares from the five foot way in front of each shophouse.  However, it wasn't until the mid-Twentieth Century that hawking really exploded in Singapore, with the occupation of the Japanese during the Second World War.  The economy took a nosedive and so, in an effort to scrape together a living somehow, locals began to cook and sell food for very low prices.  Such hawking was eventually formalised into the hawker centres we know and love today.

Today's hawker centres are a little different to how I imagine the first centres looked.  They are big, clean and well run.  Each little booth contains a stovetop or other cooking apparatus and encompasses an entire kitchen – bringing in the fresh produce and turning it into ready-to-eat food. 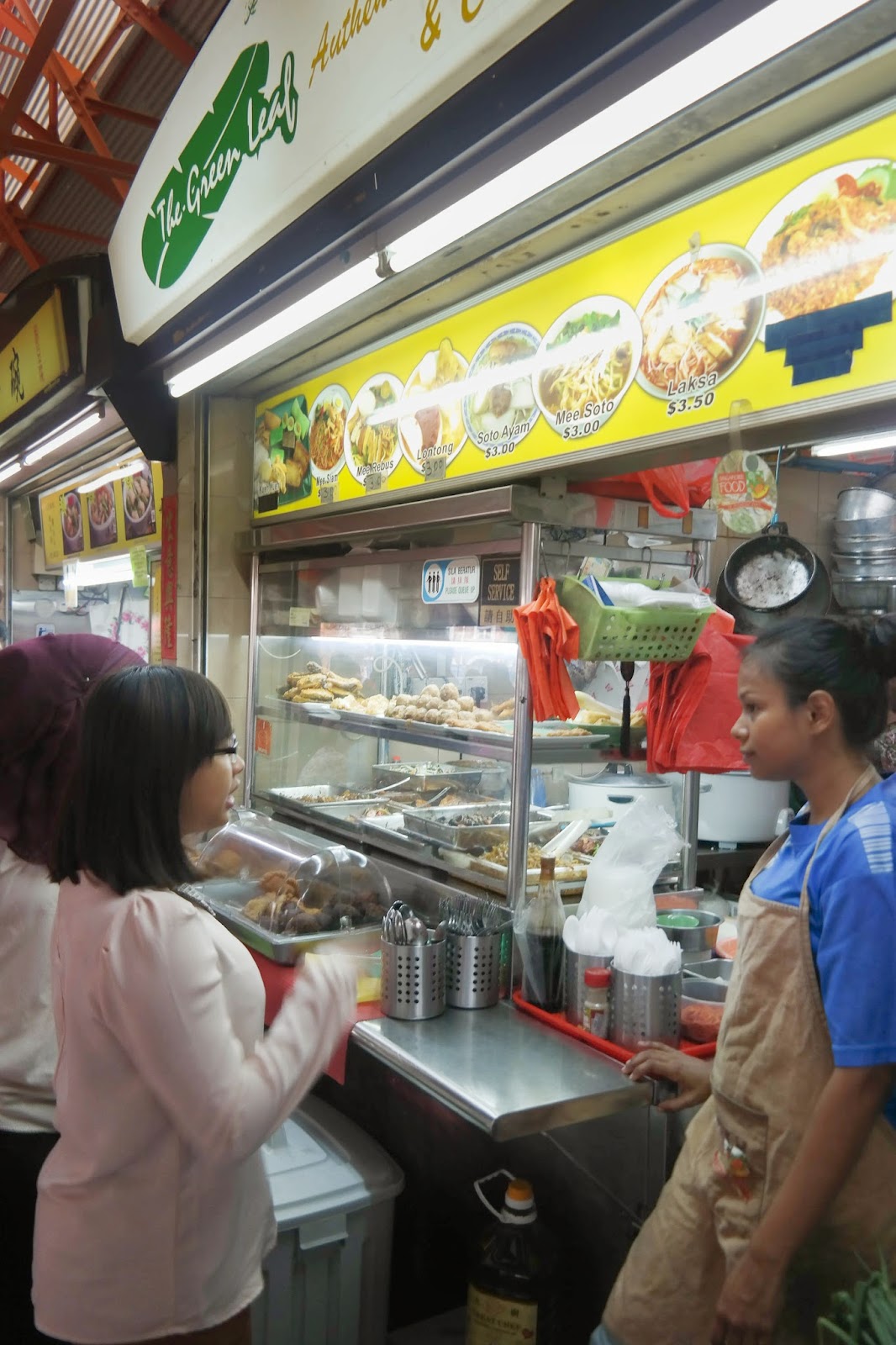 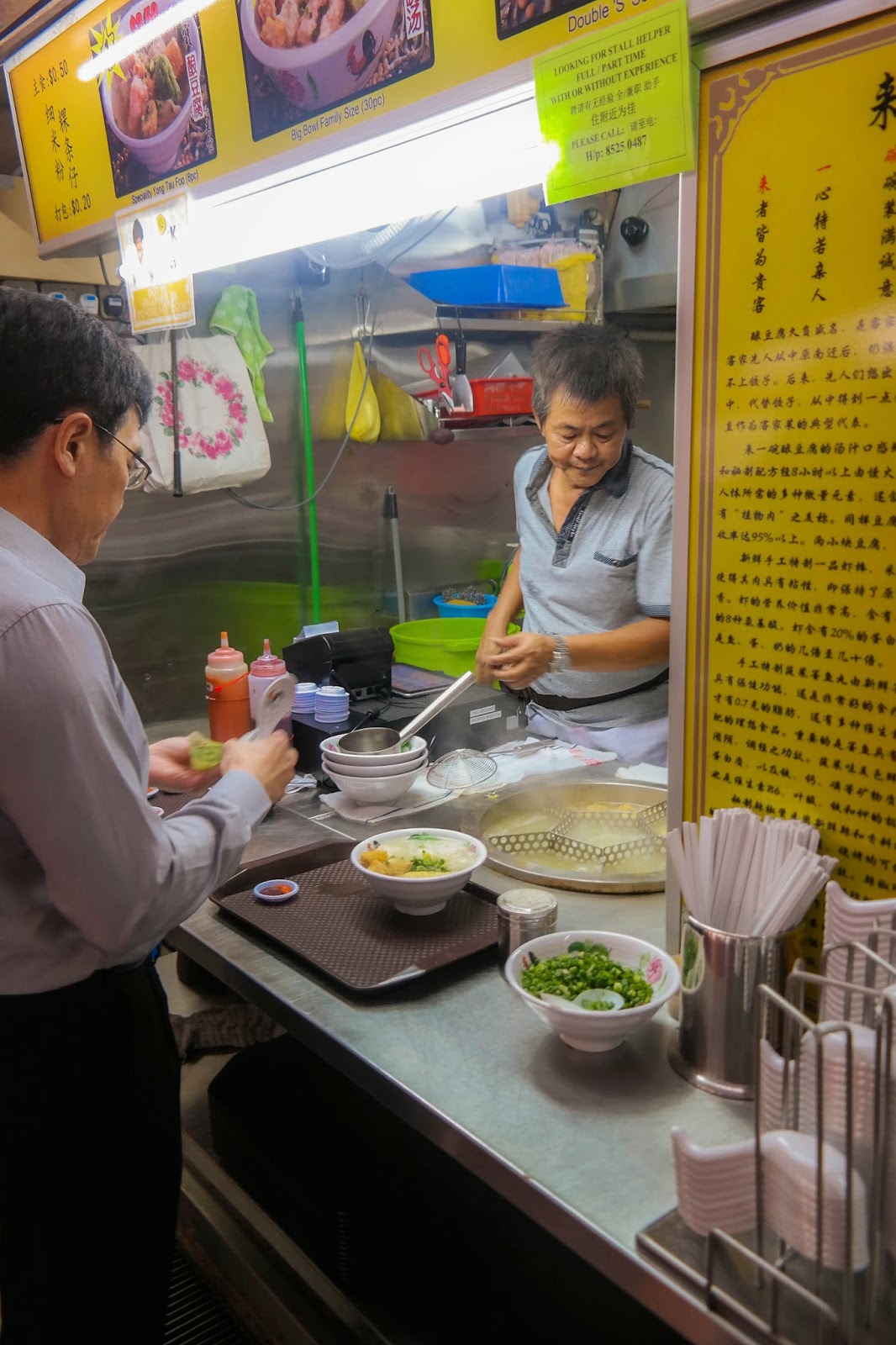 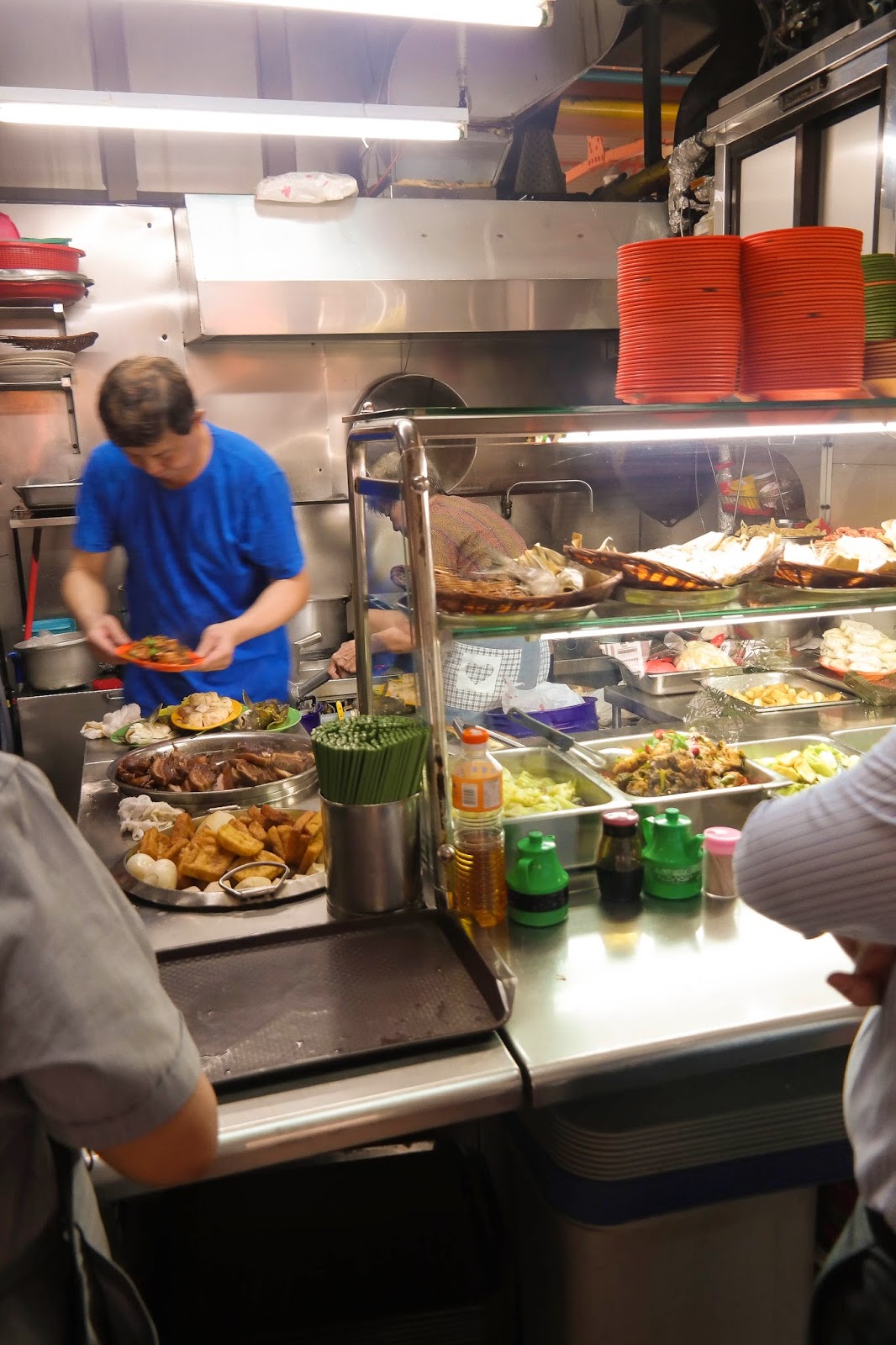 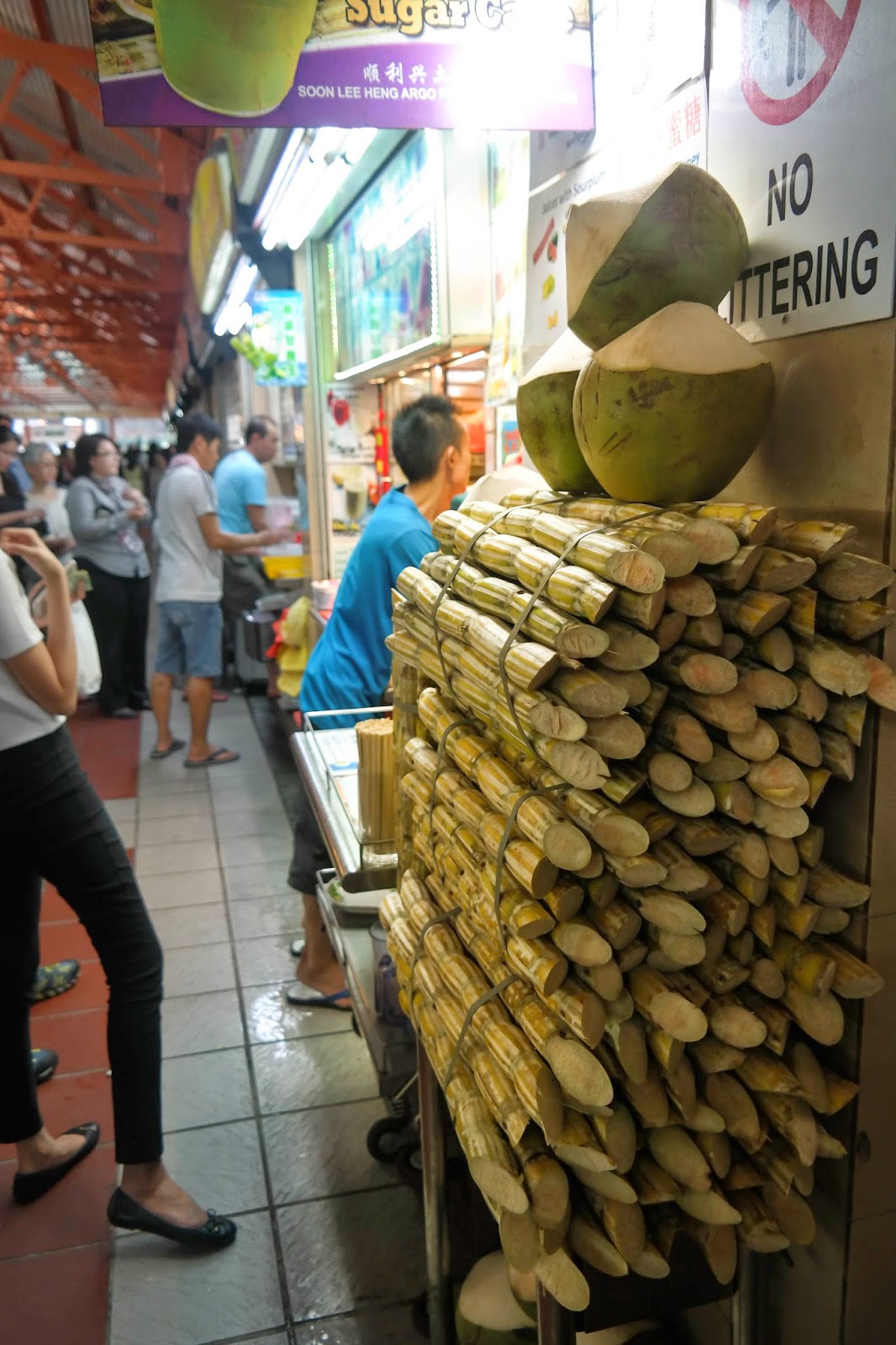 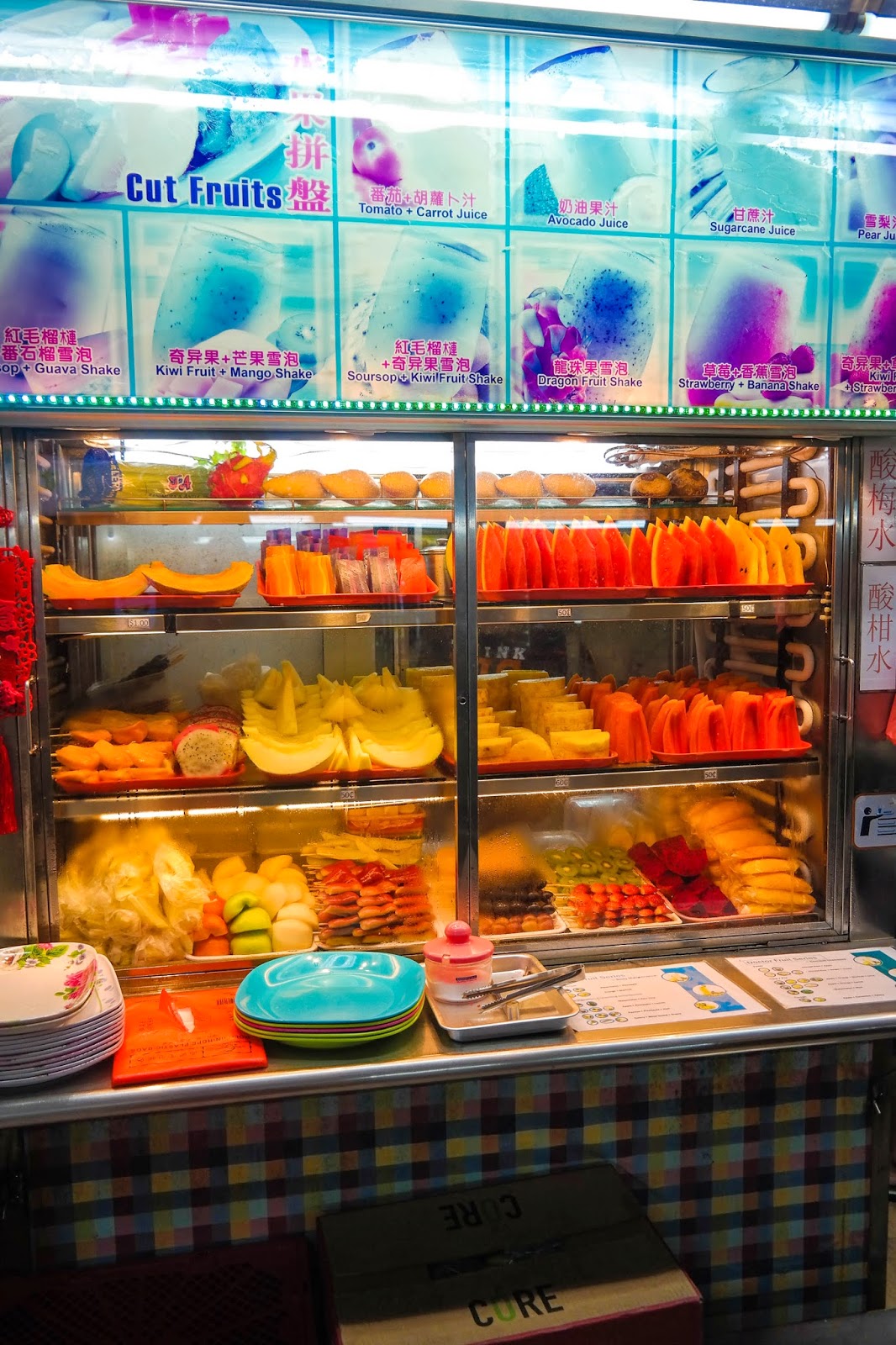 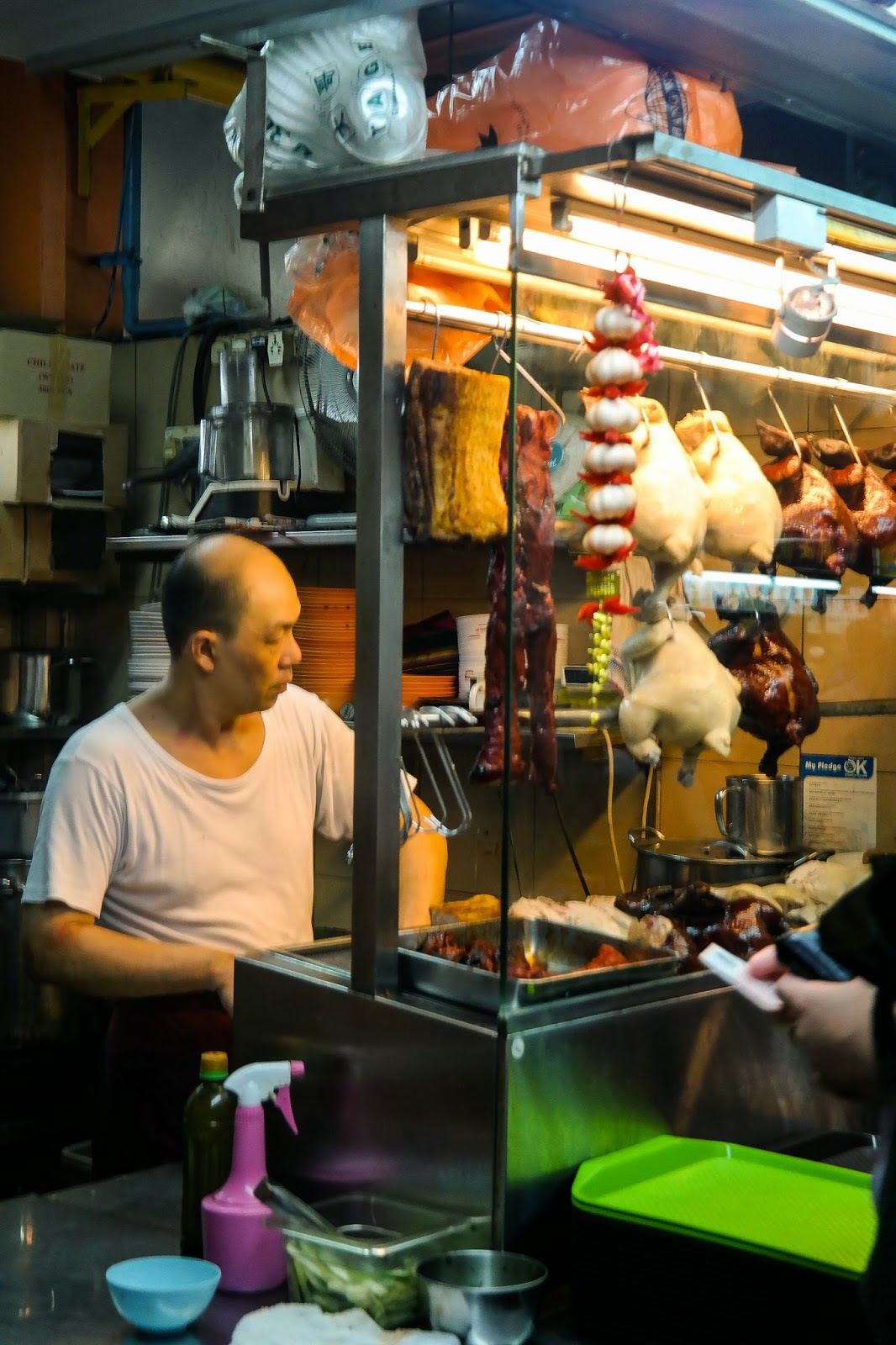 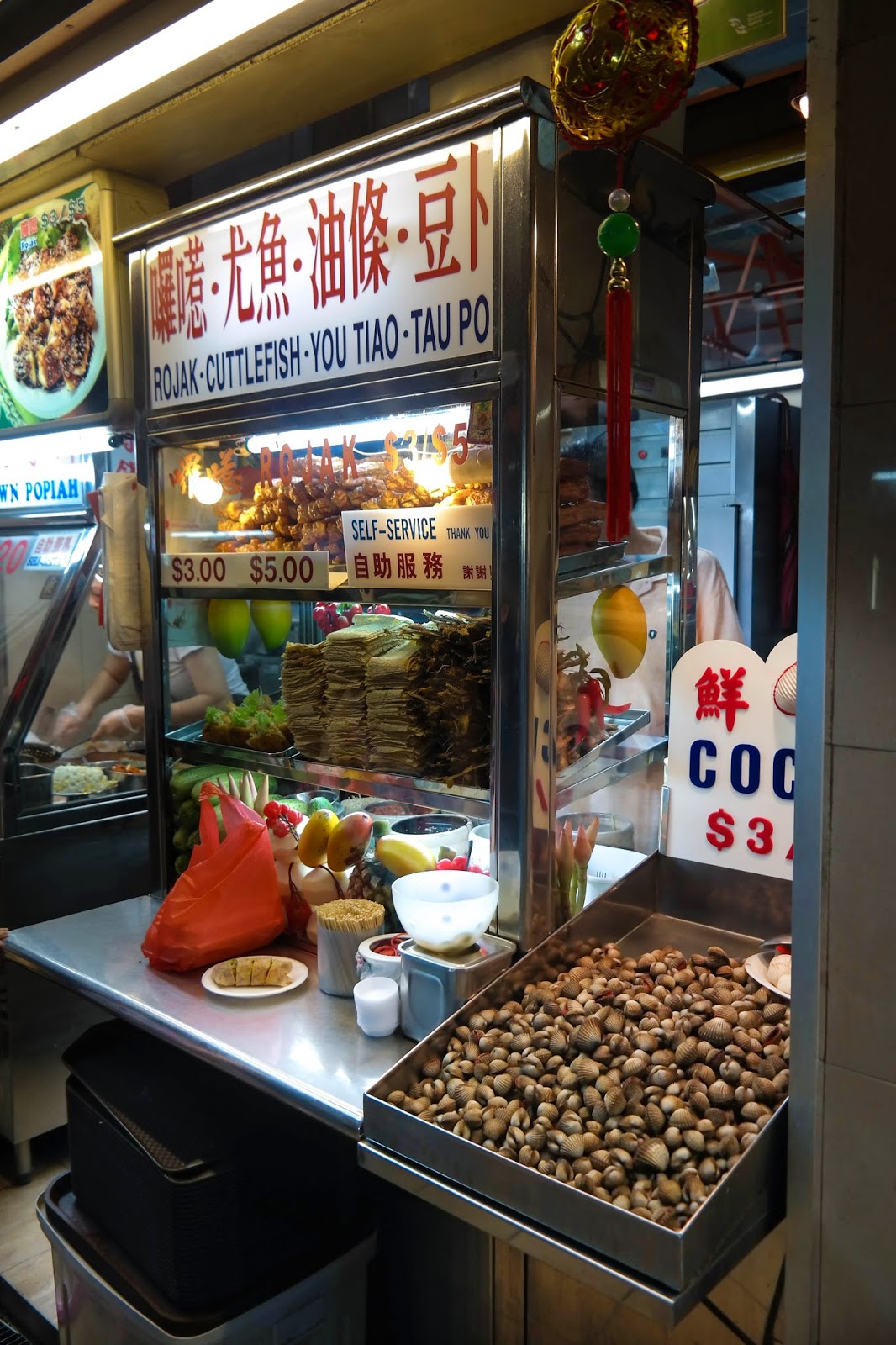 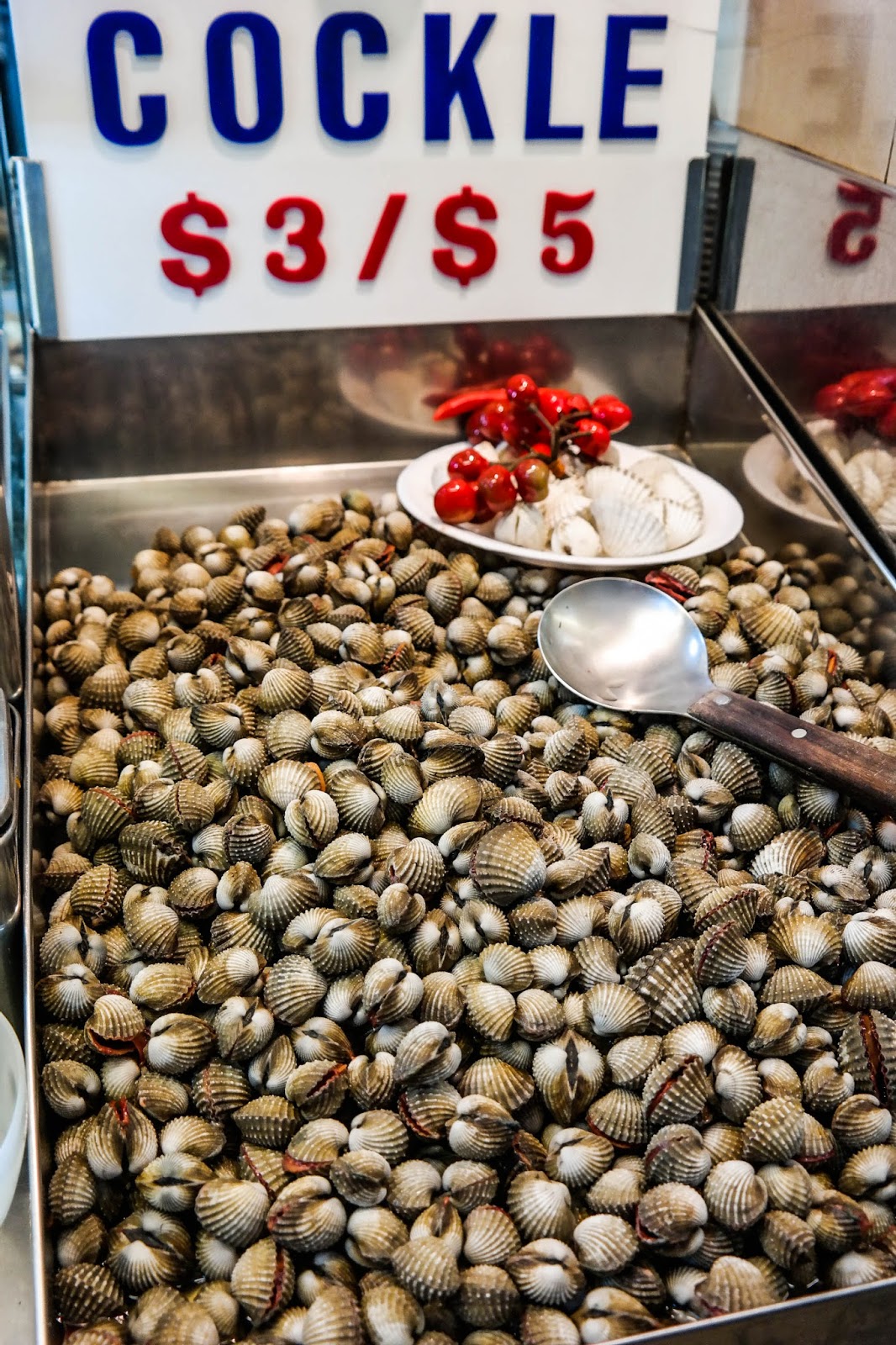 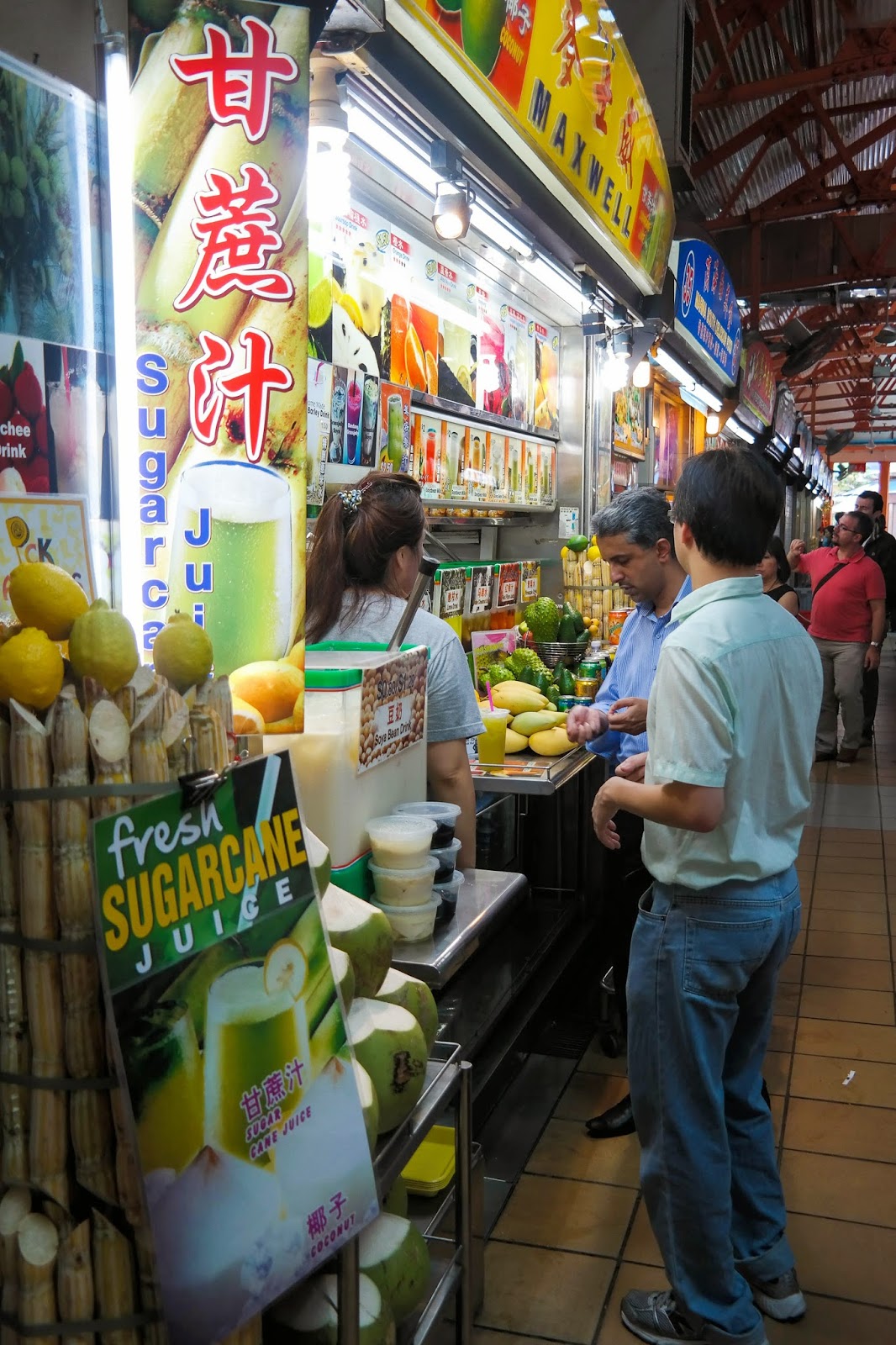 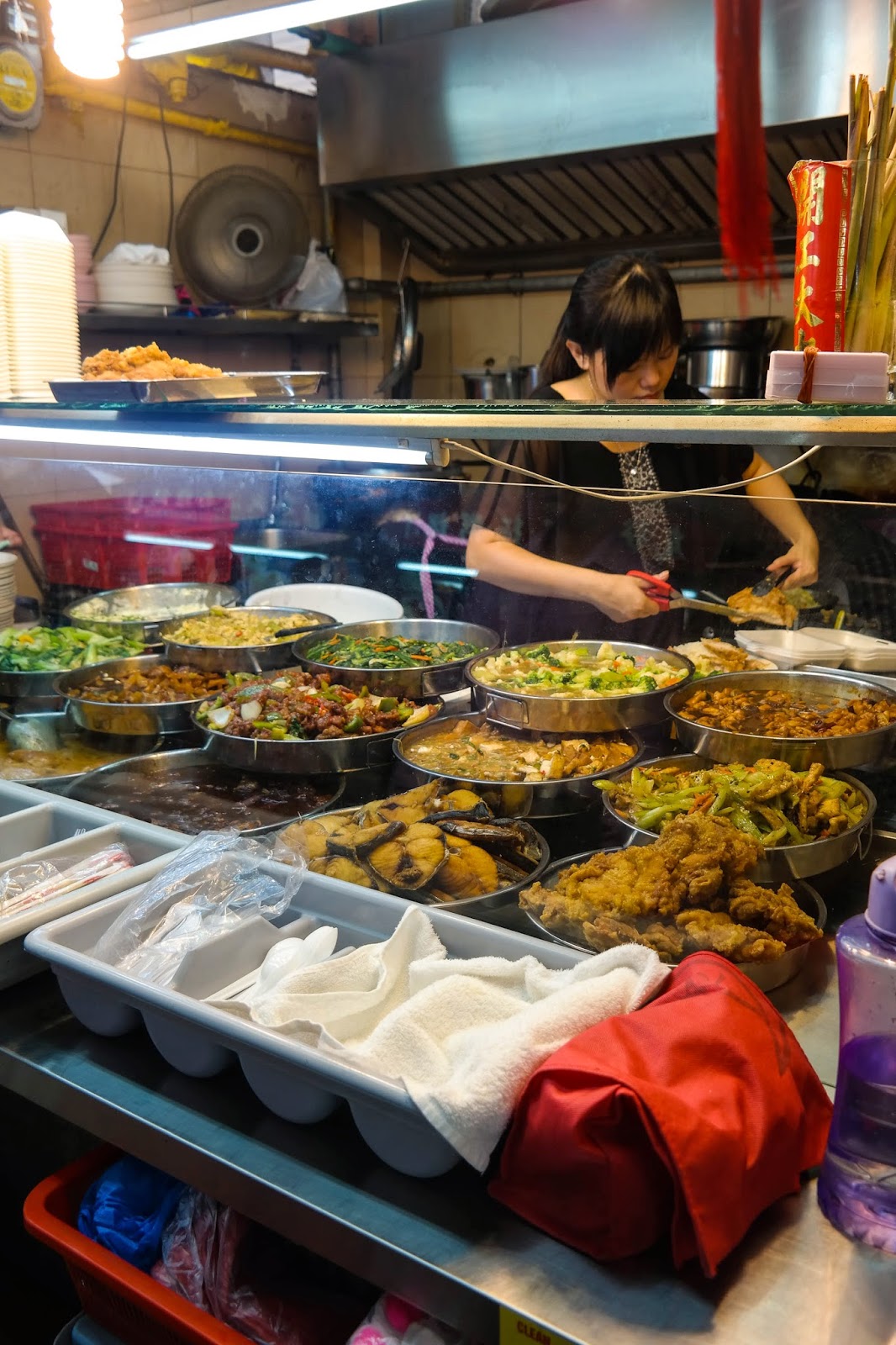 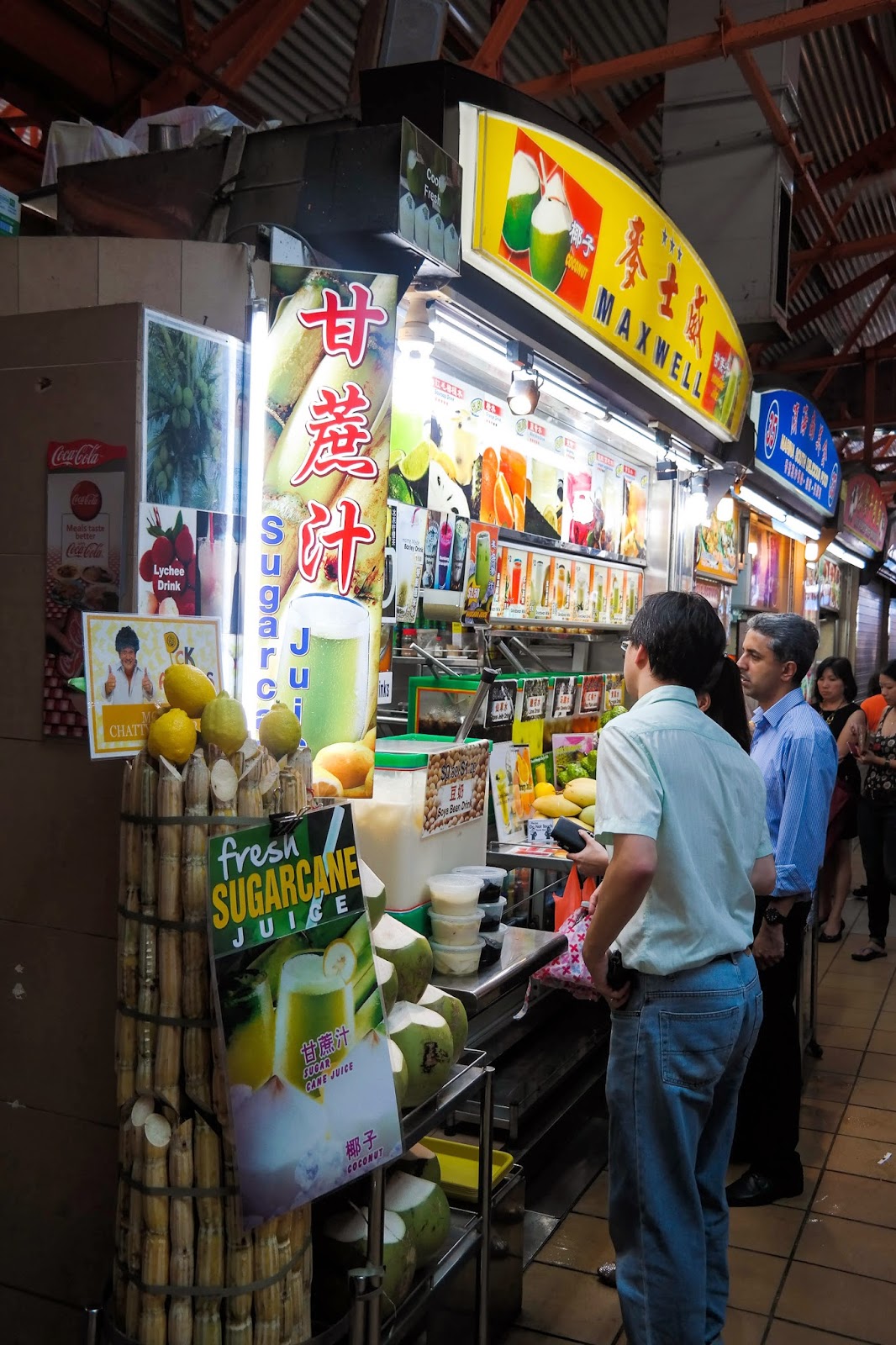 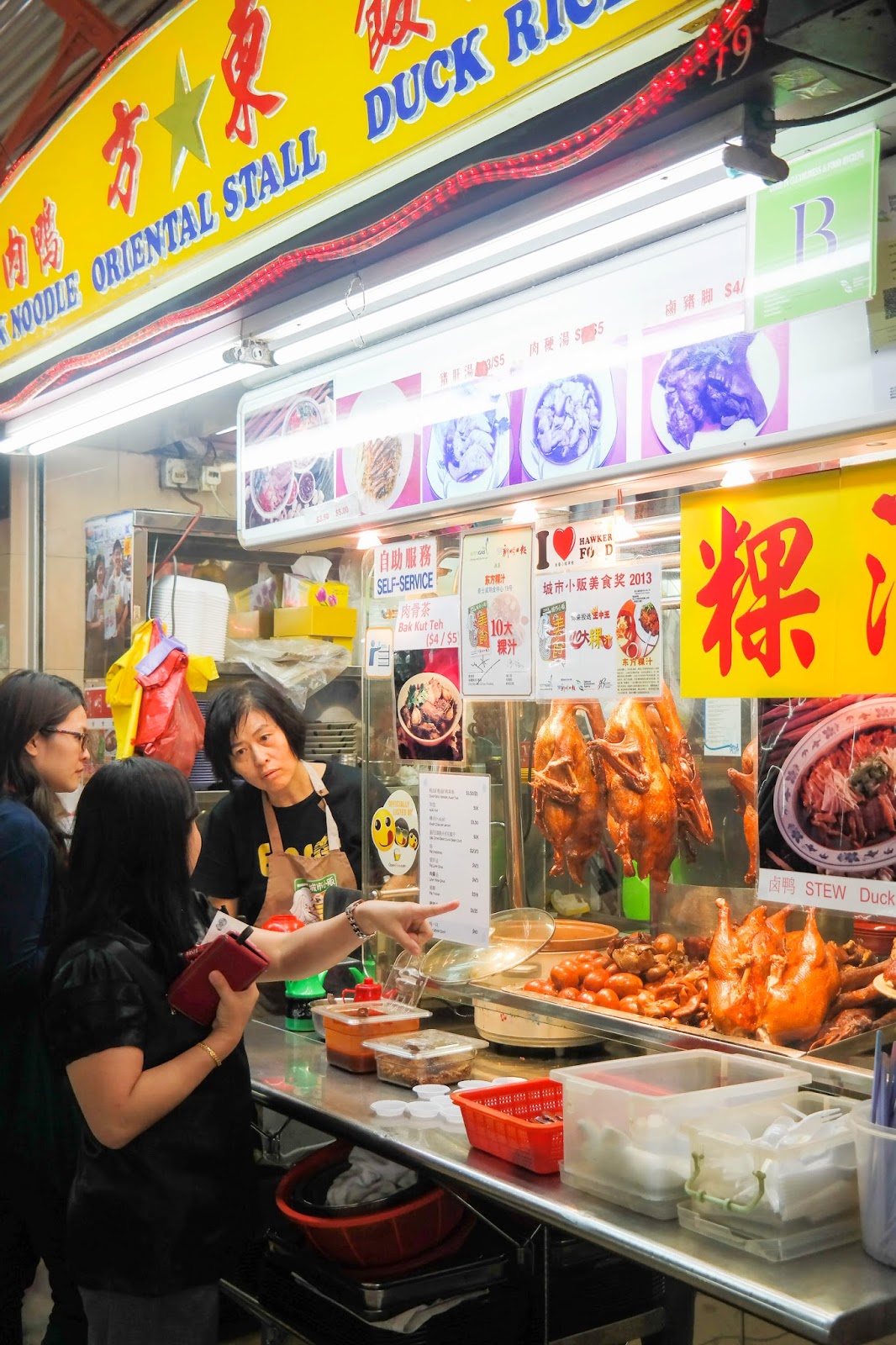 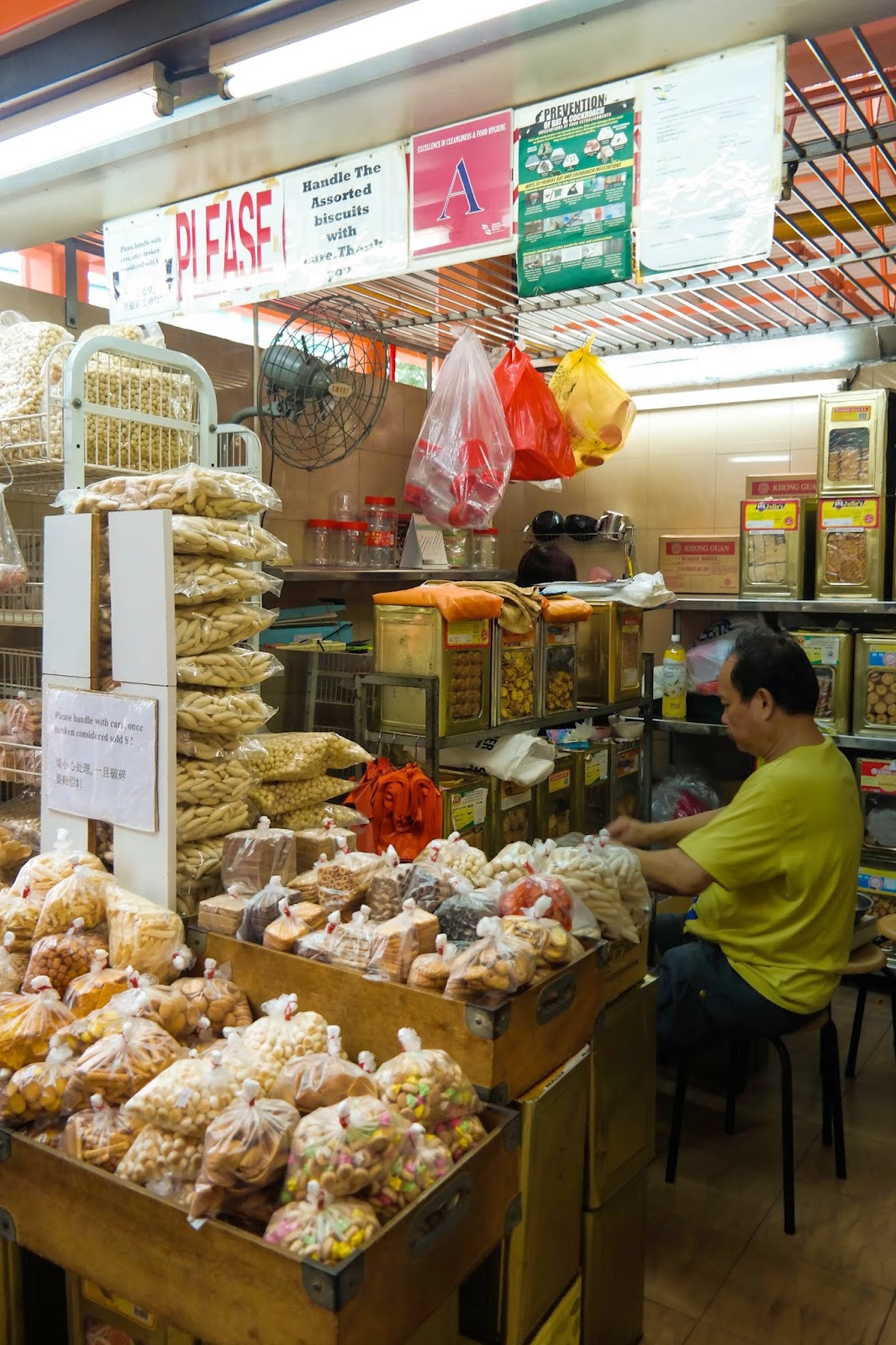 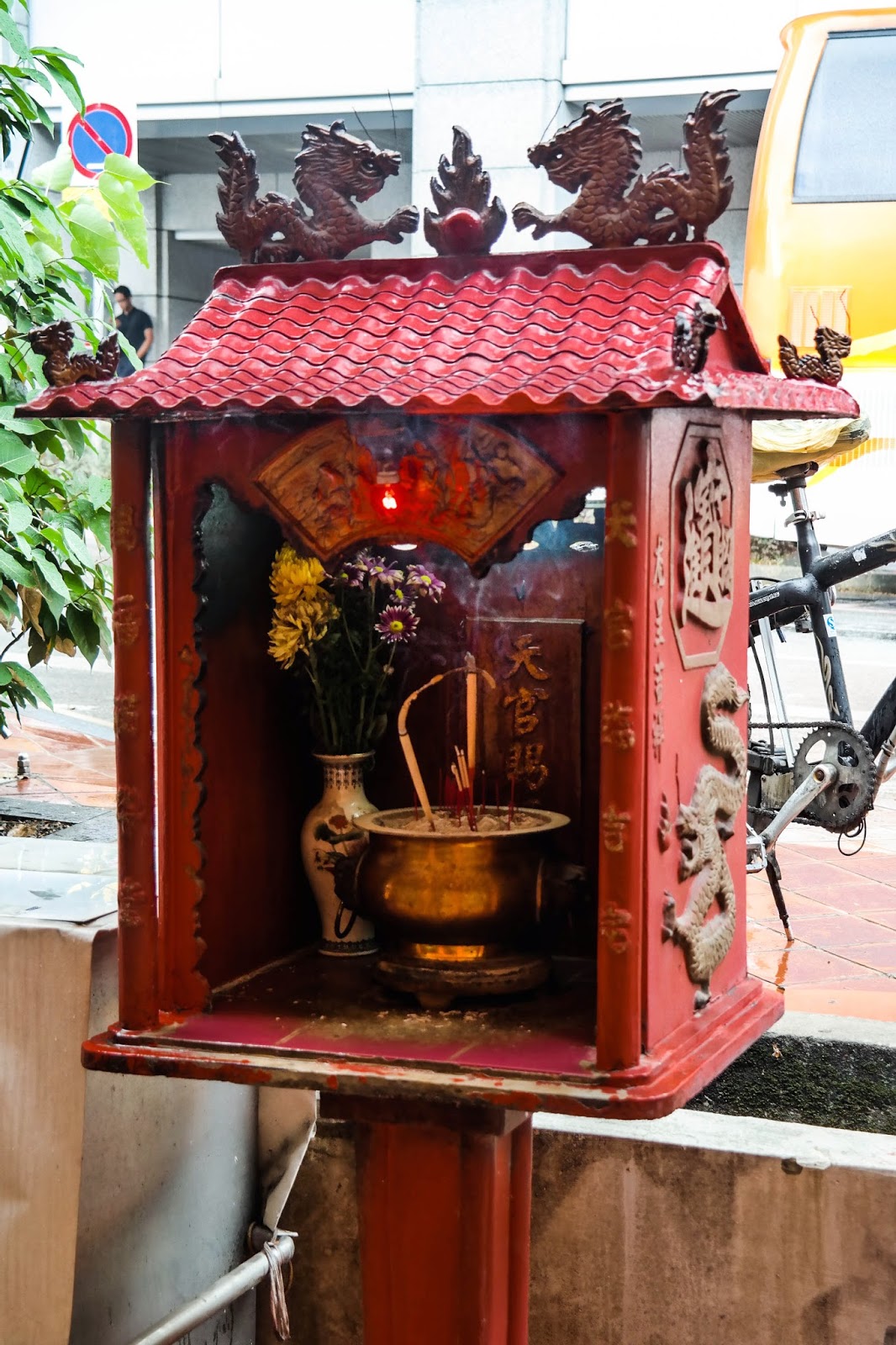 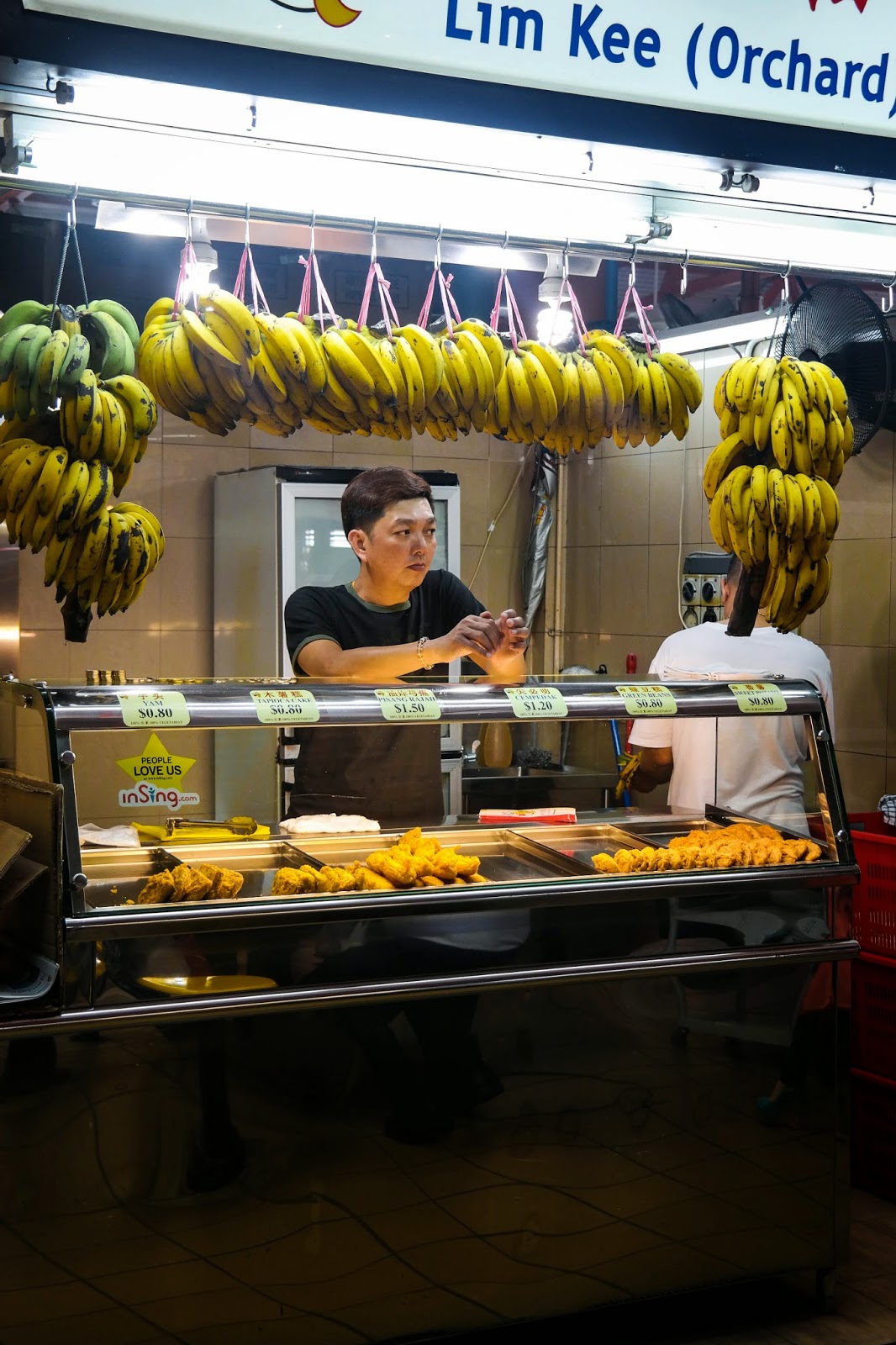 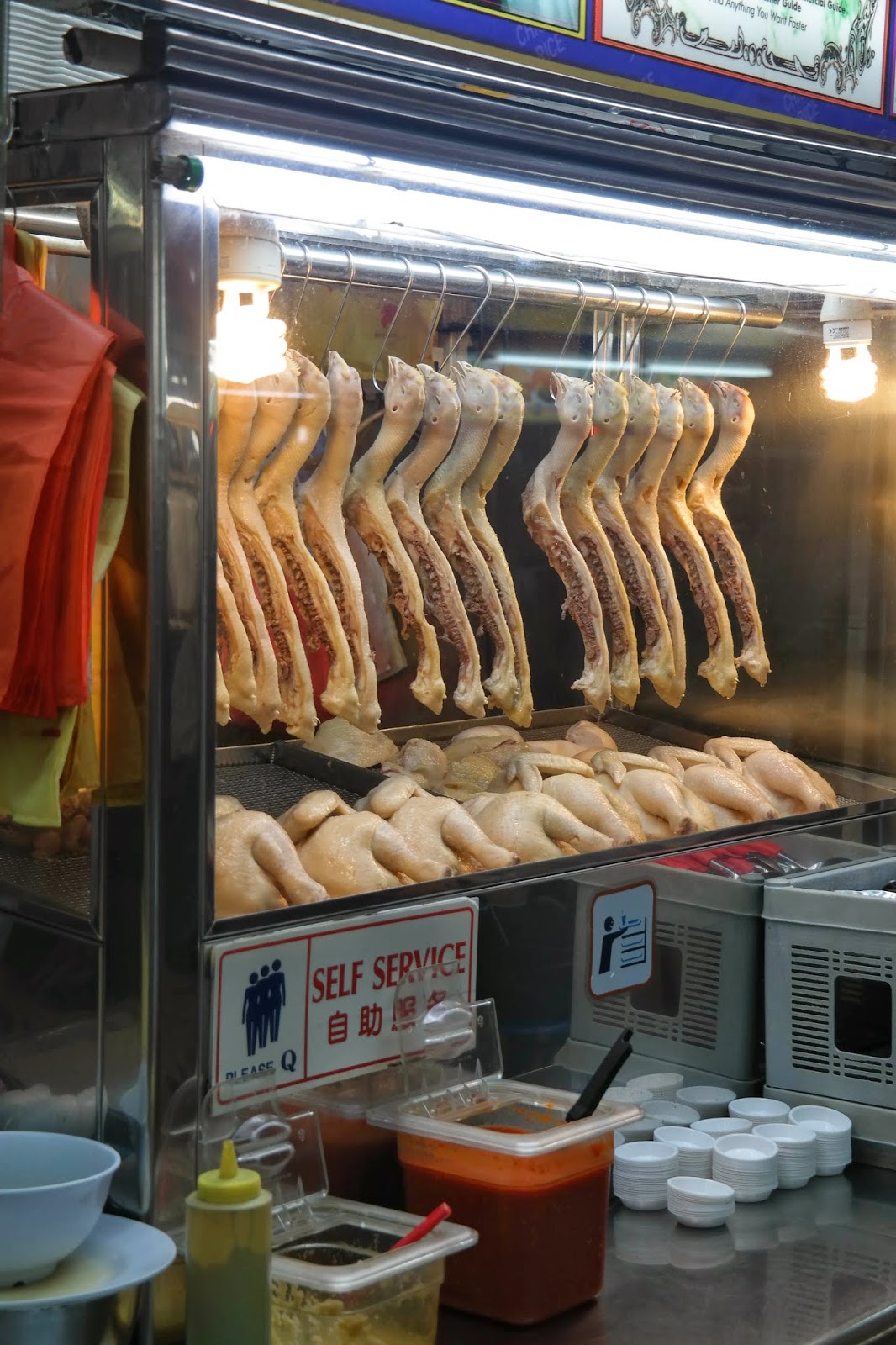 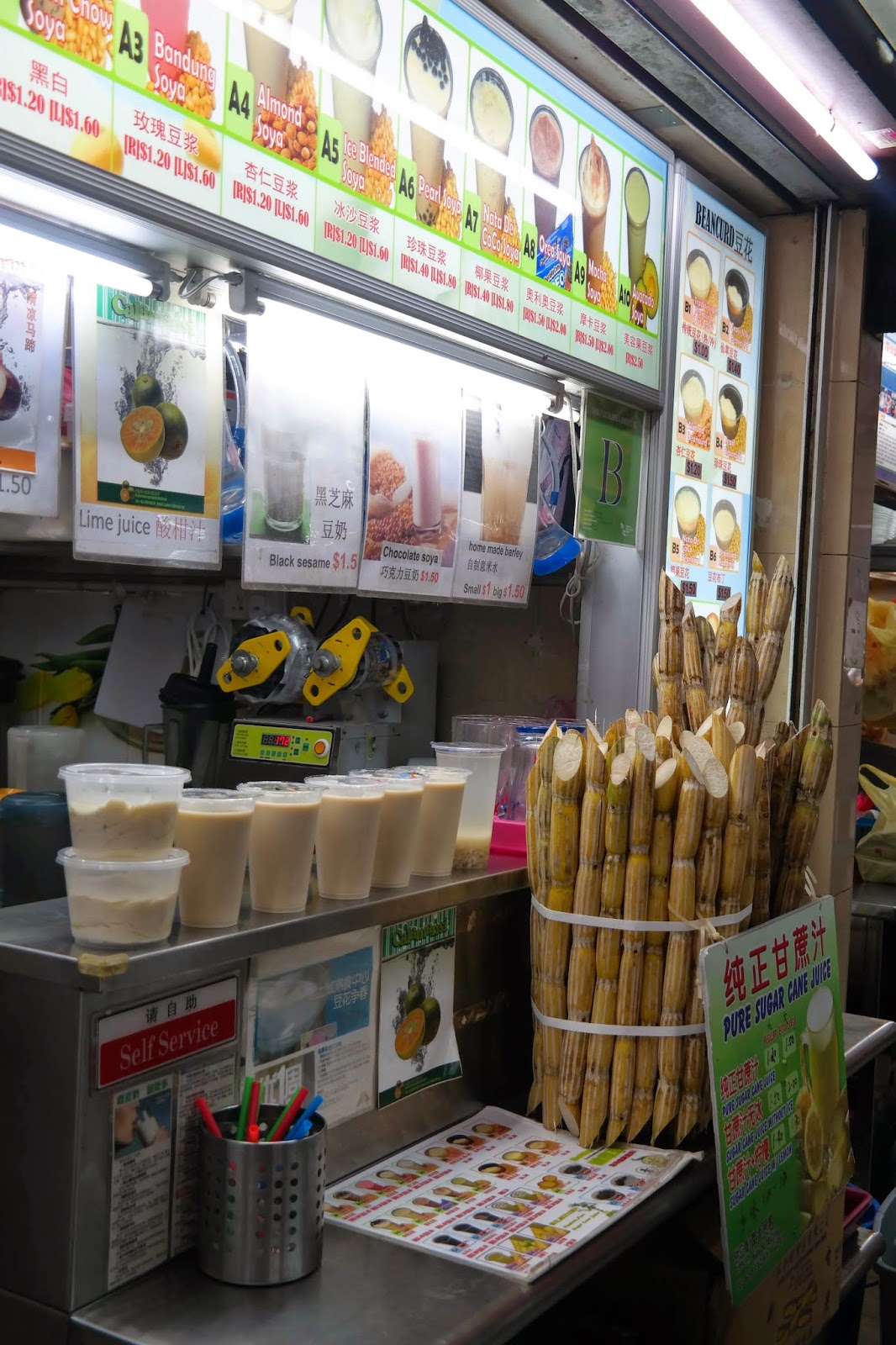 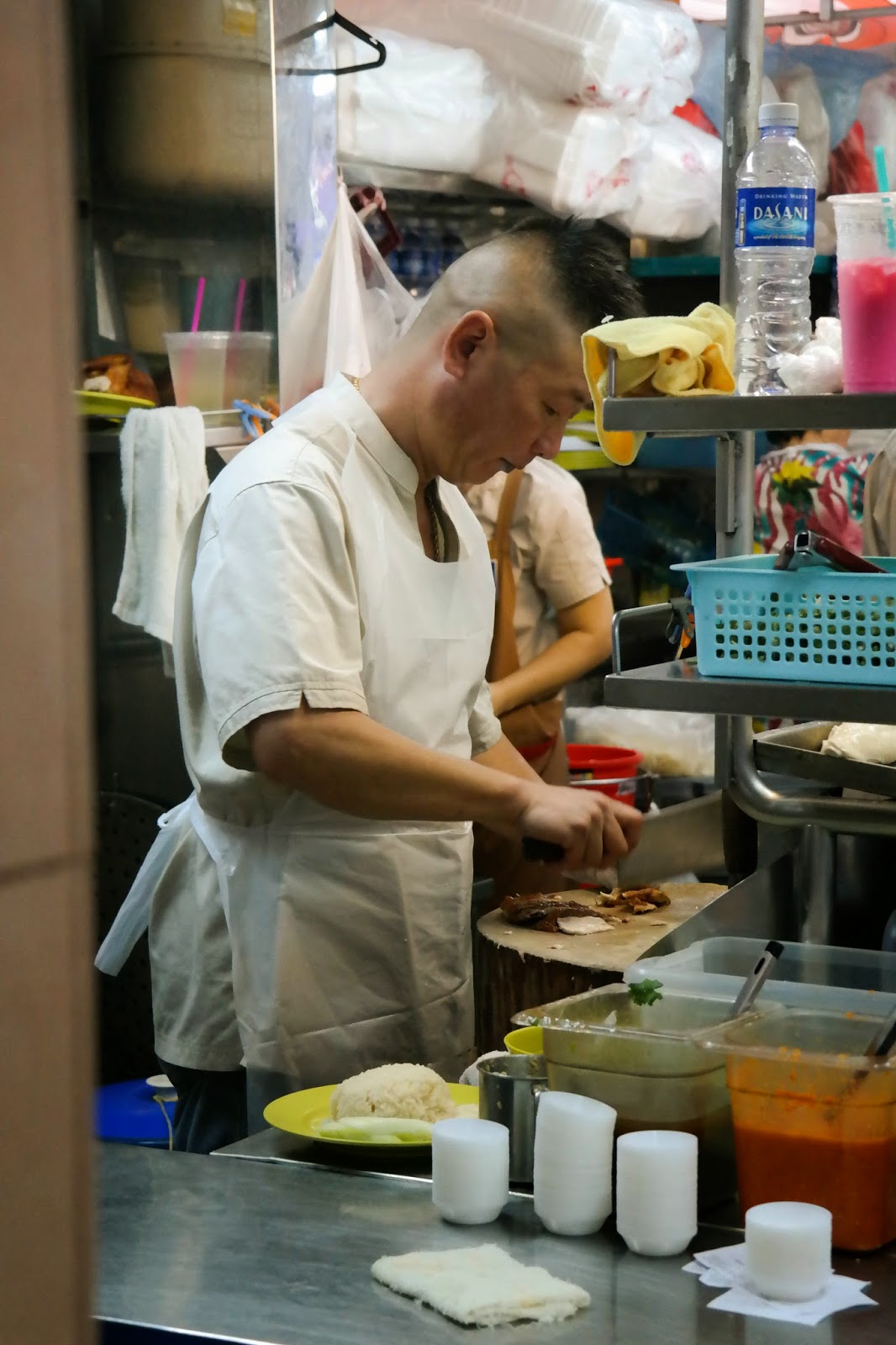 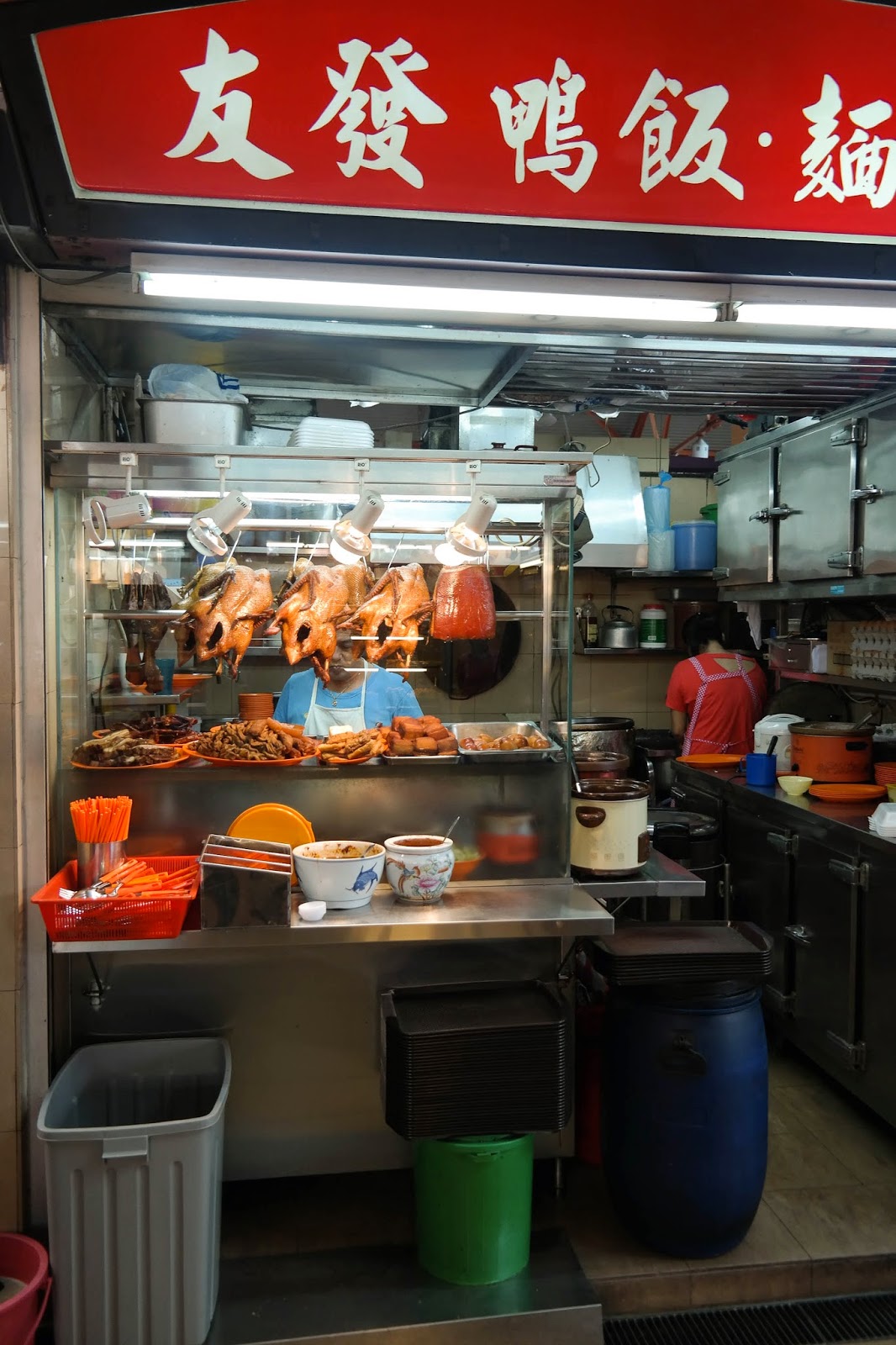 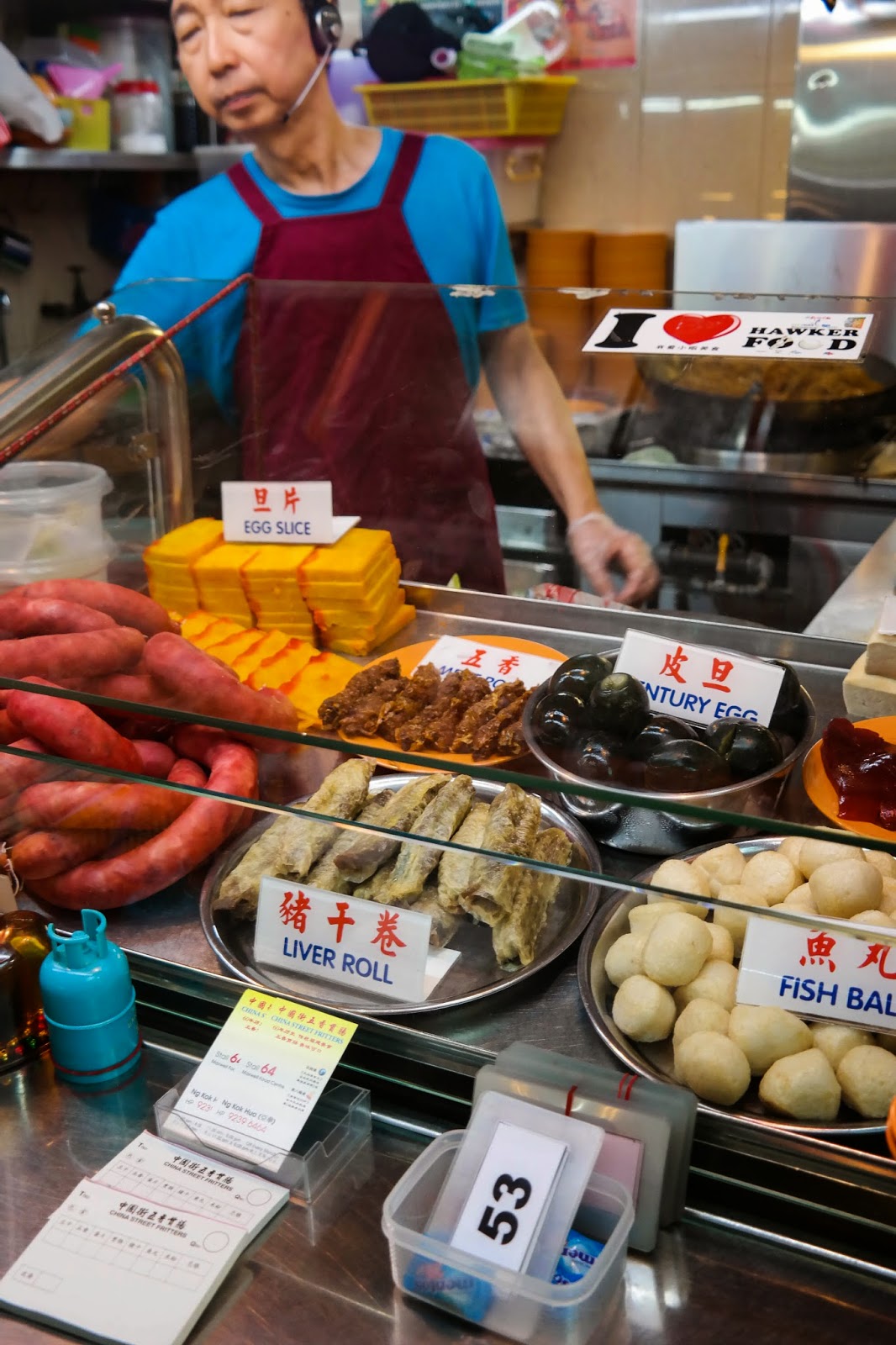 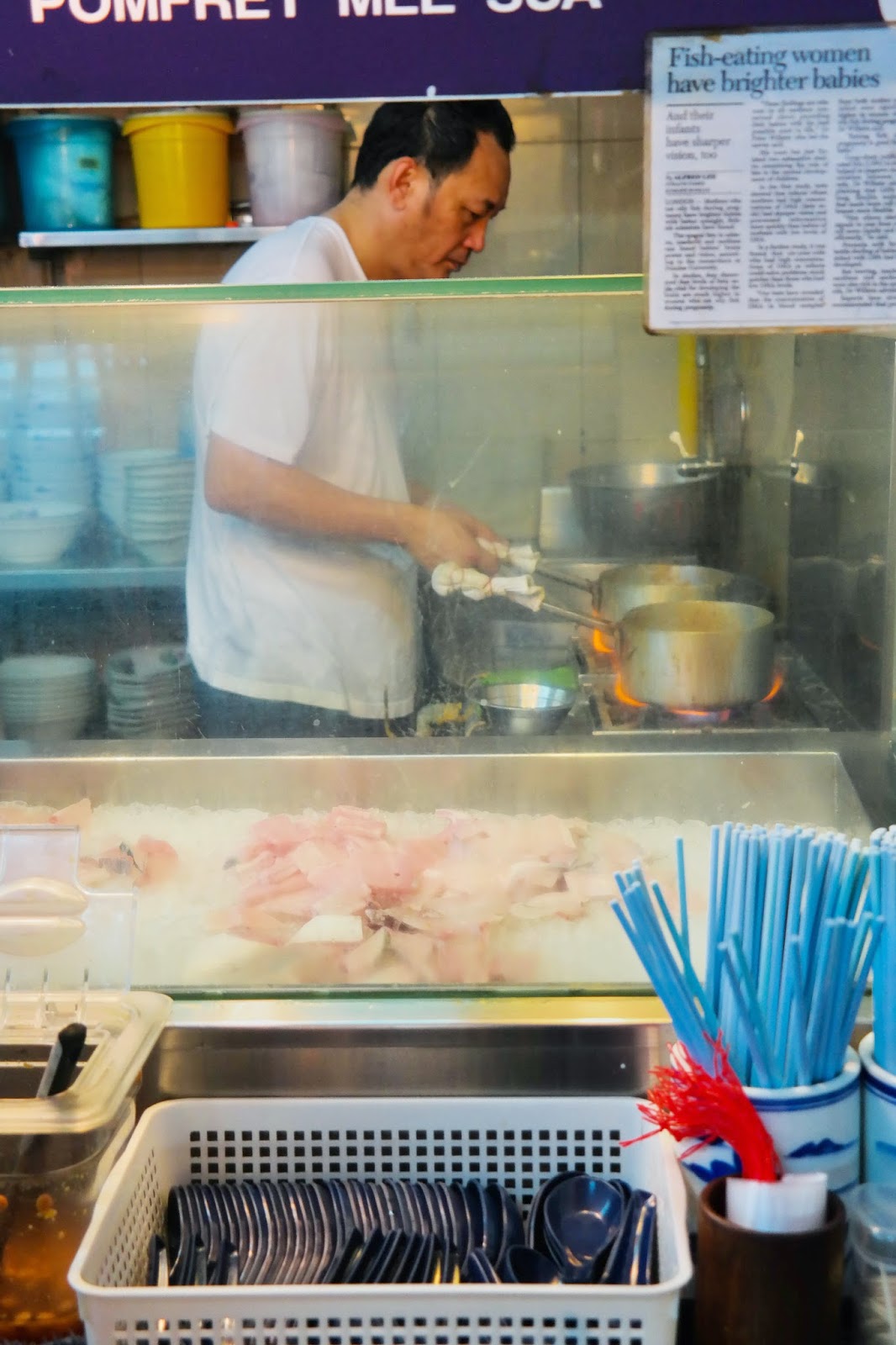 The biggest challenge I faced was choosing between the hundreds of offerings.  Eventually, I just had to plump for something.  Following the rule that lots of people = good food, I joined the back of a long queue.  Pretty soon I found myself at the front of that queue, utterly bewildered and unsure what to do.  The friendly chap who ran the booth offered to do my a mixed plate.  I readily accepted. 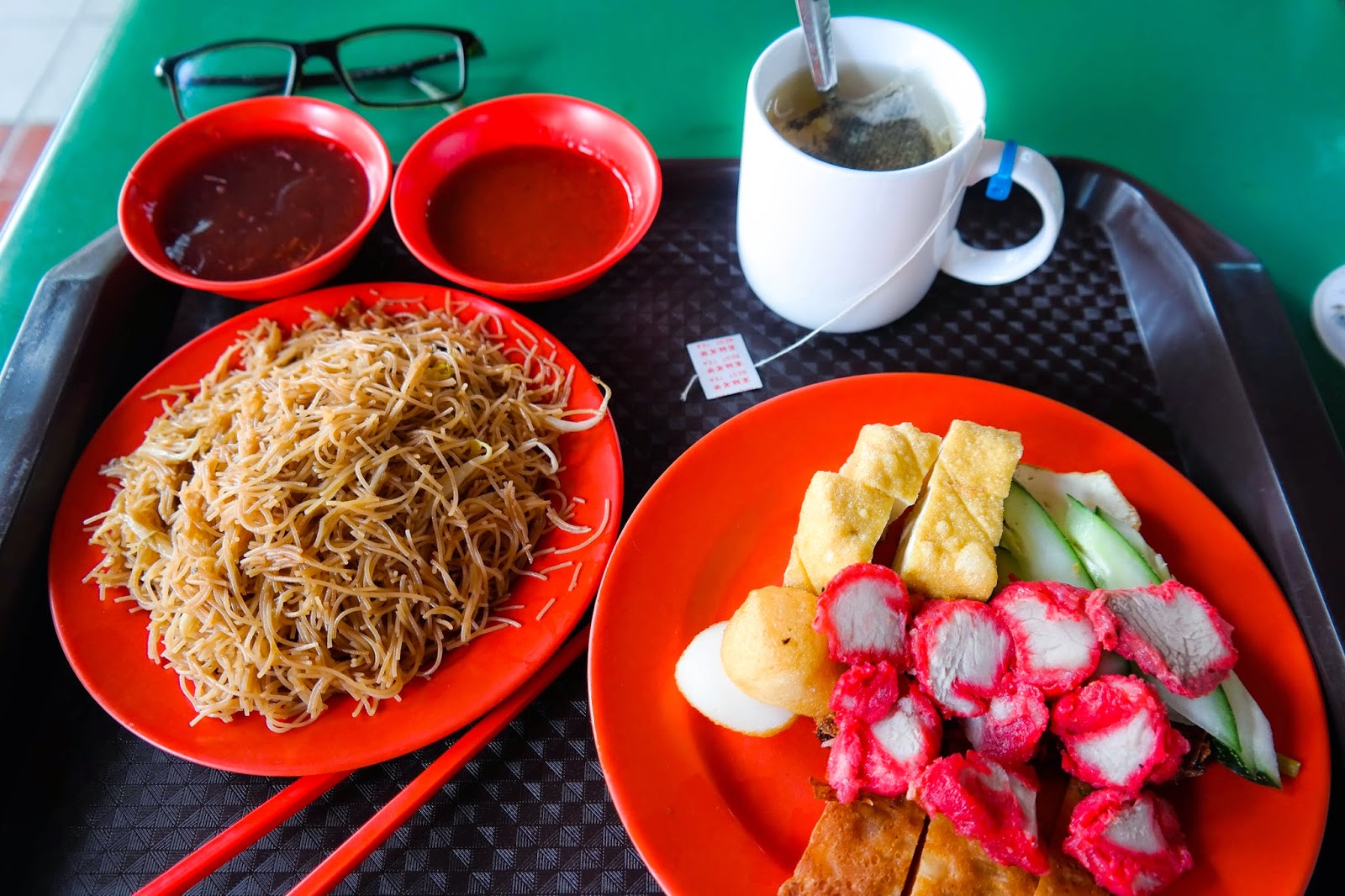 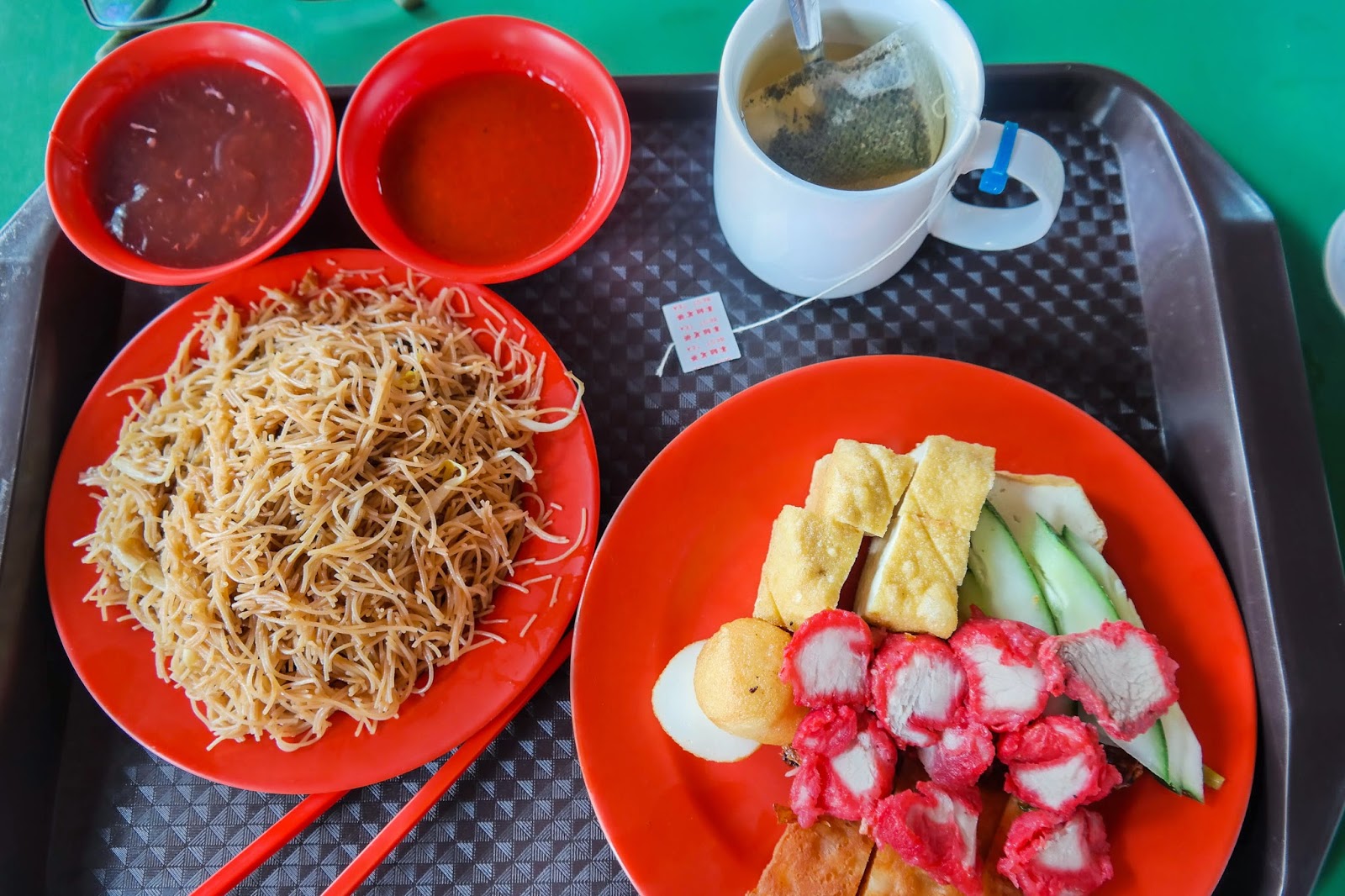 What is it all, I hear you cry? Well, here goes: fried noodles; spicy pork sausage (red ringed meat); bean curd (yellow cubes, top of the plate); egg and pork cake (browny-orange cubes, bottom of plate); fish ball (looks a bit like a tater tot, left of the plate); and neck of pork fried in the skin (underneath the whole lot, not shown).  The two sauces are sweet plum (left) and fiercely hot chilli (right) (YUM).  All washed down with a mug of green tea. 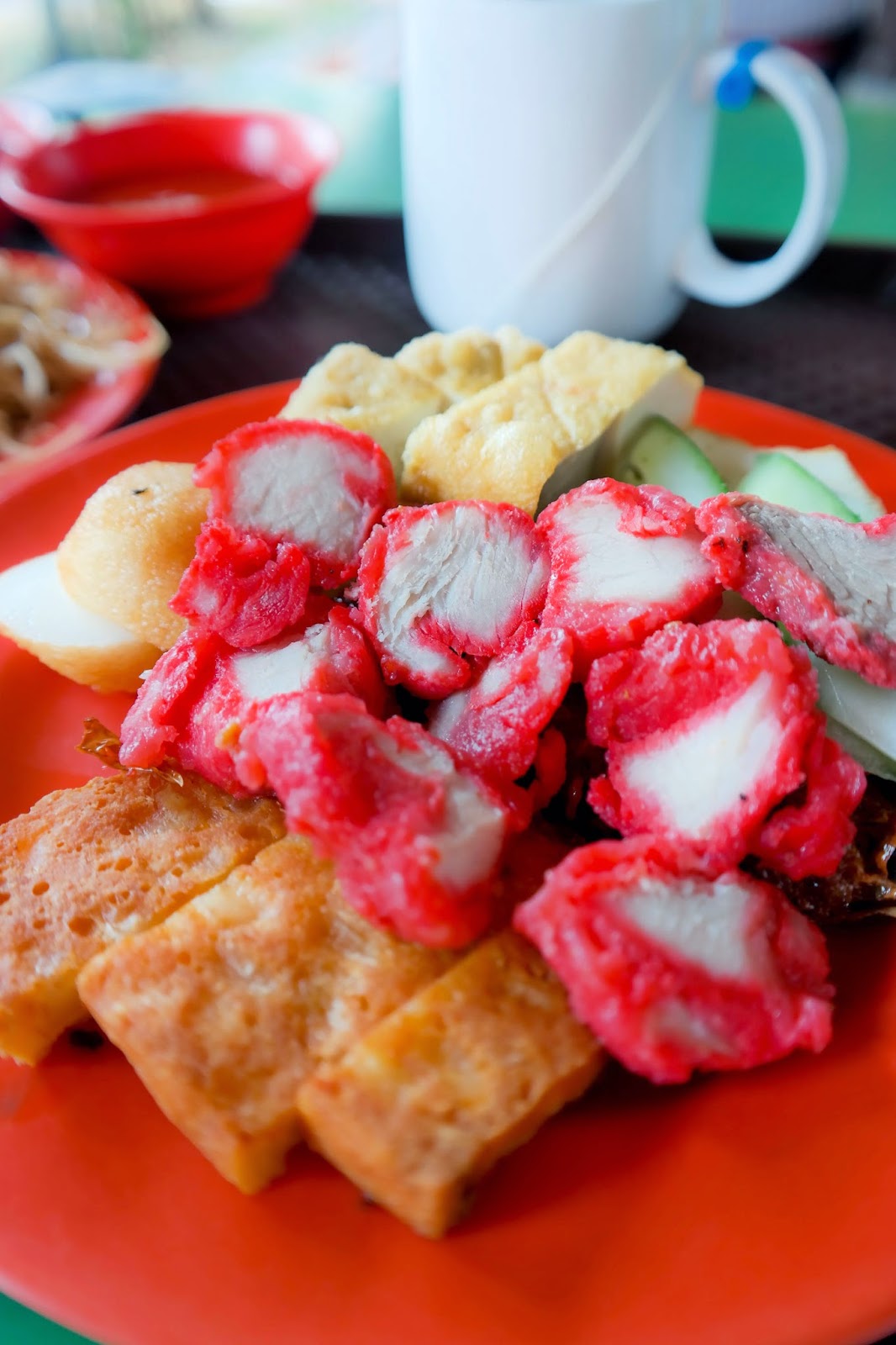 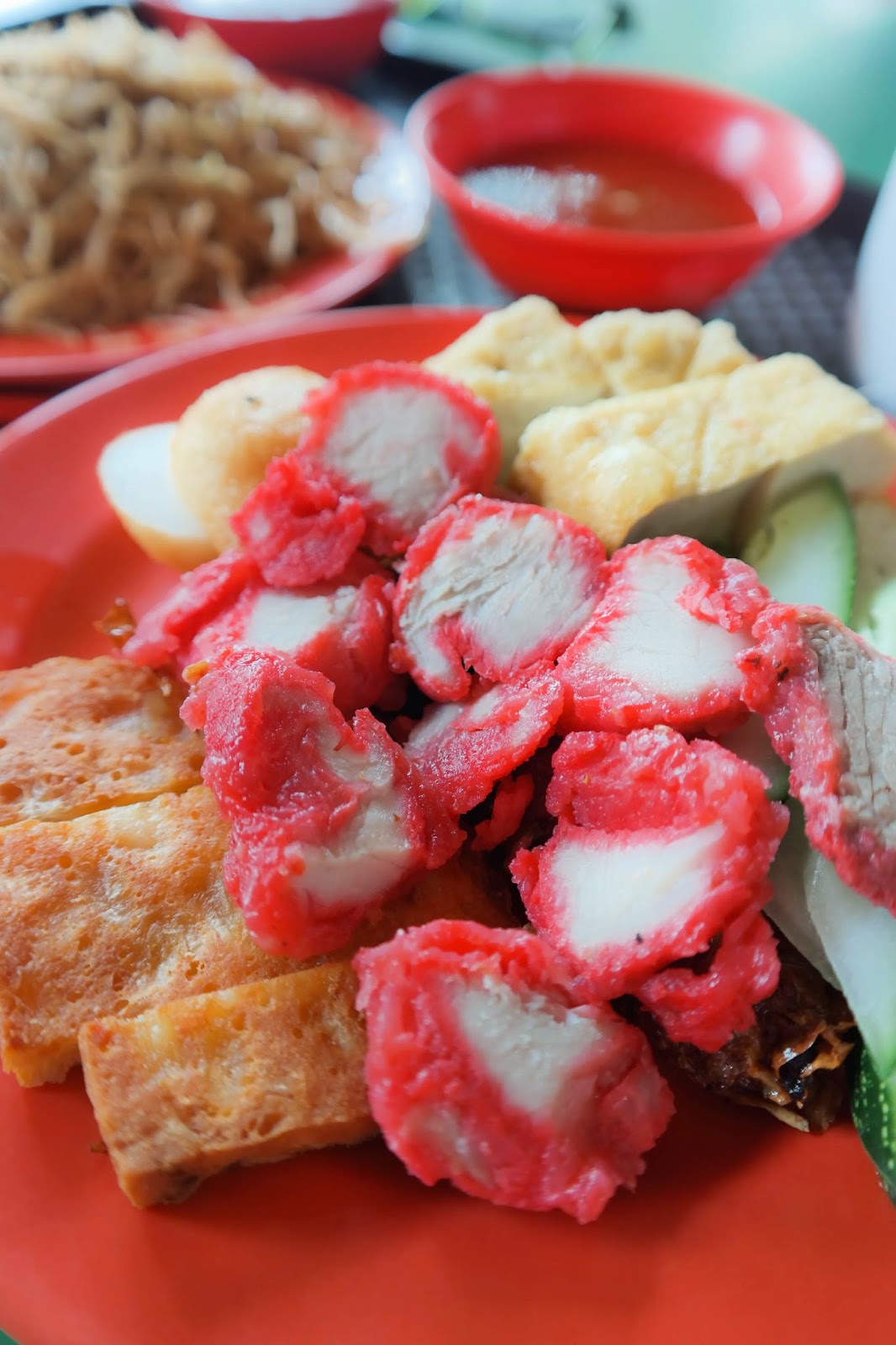 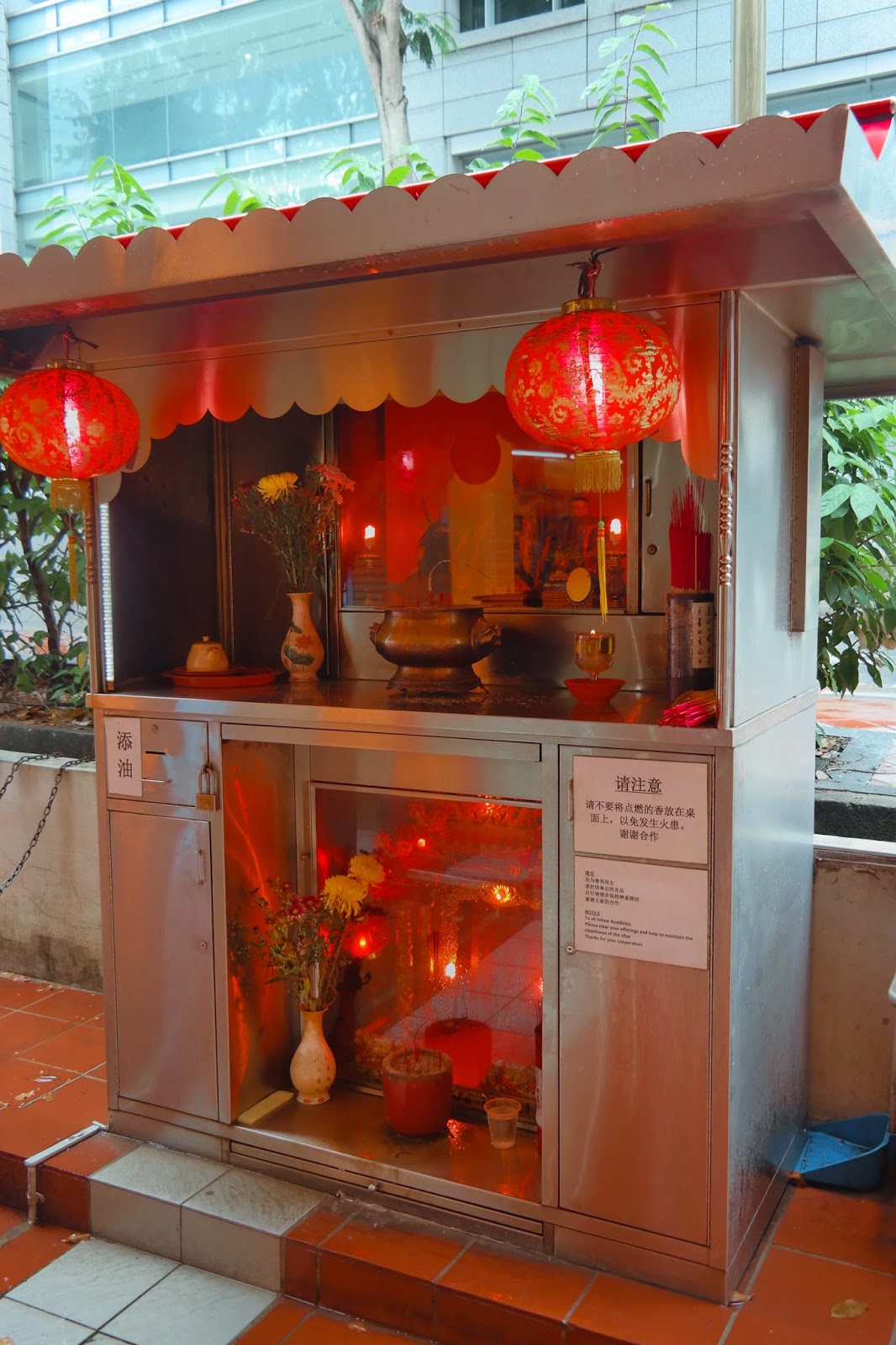 I cannot recommend a visit to a hawker centre more highly.  The food is fantastic, the atmosphere electric, and the price unbelievable.  In a city that prides itself on its food but has seemingly no limit to what it's prepared to charge it was fantastic to eat like a prince whilst paying like a pauper.