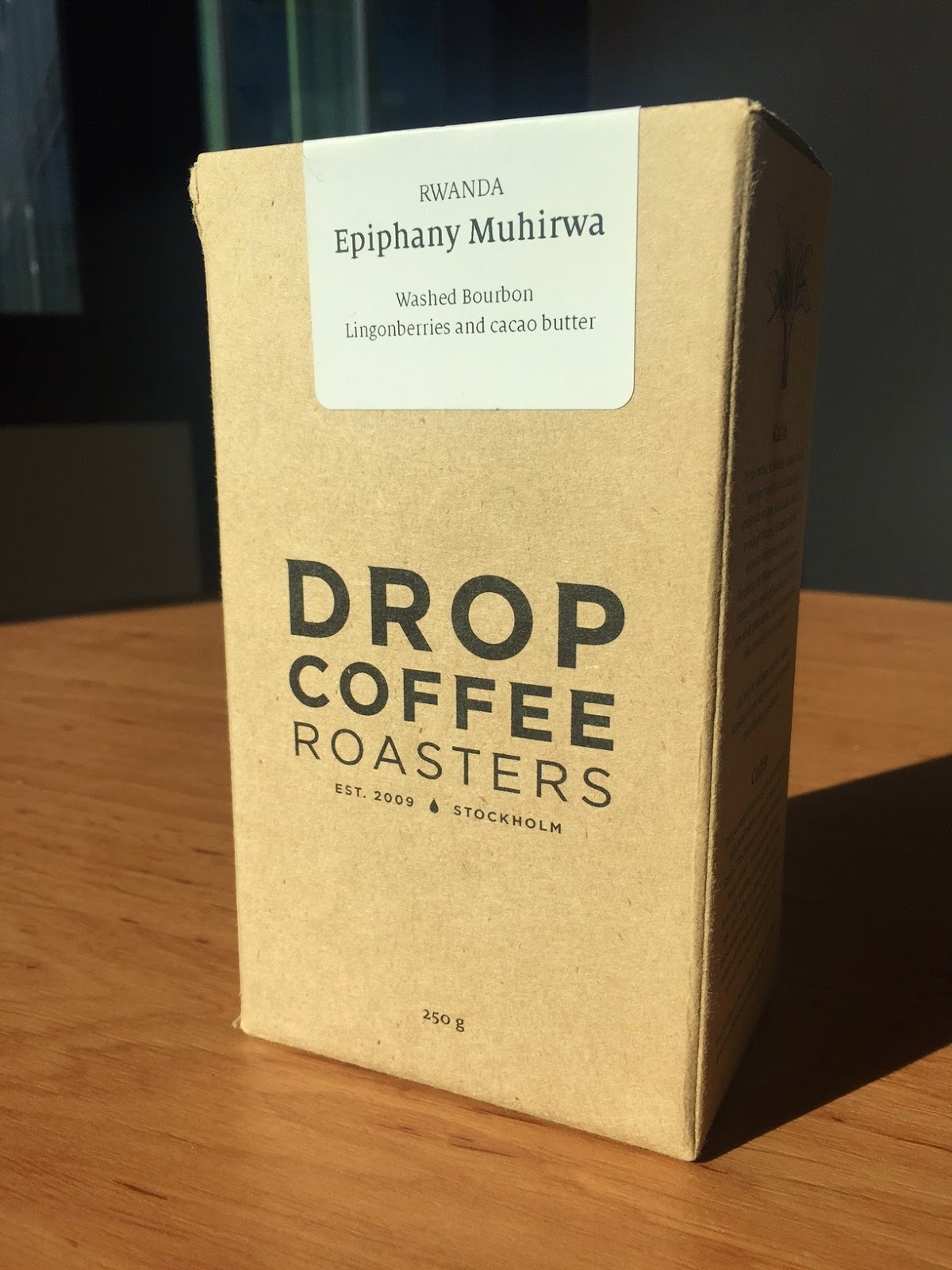 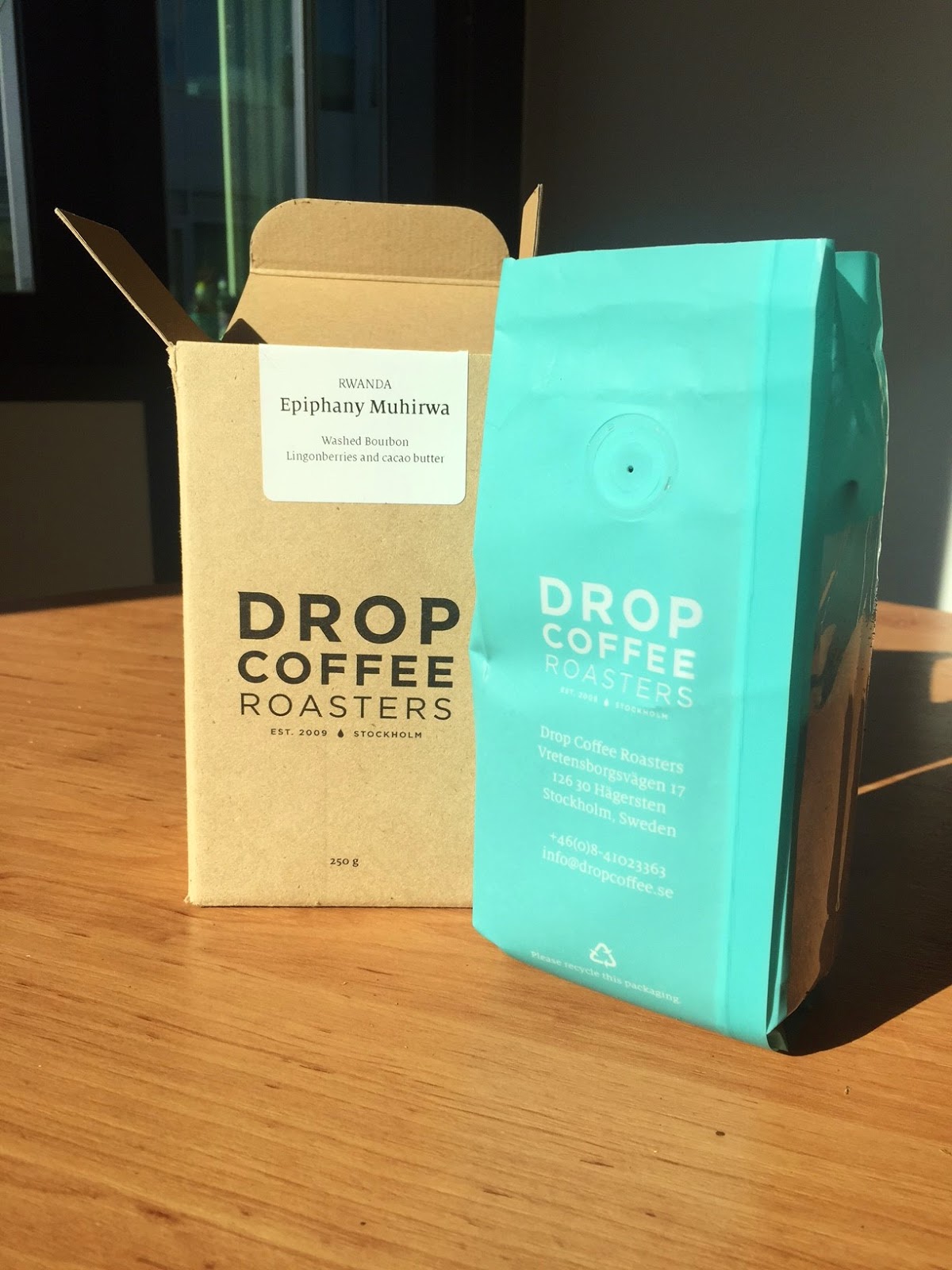 Let's start with the most important thing: This coffee is beautifully packaged.  The picture hardly does it justice, really – it has a whole look-feel that is just perfect for artisan coffee.  It was purchased from a café on Leather Lane, which is in the City of London but was described by one panellist as "the most Shoreditch place round here, I love it".  These words, whilst aimed at Leather Lane, perfectly describe the way this coffee has been put together, and indeed the café it was purchased from.

The initial hit is chocolate.  Drop Coffee's tasting notes say white chocolate, but I disagree – this is a Green & Black's standard milk chocolate – bitter, but still creamy and a hint sweeter than plain chocolate. Then there's a hit of nuts, like the scent and taste of chocolate coated almonds.    And digestive biscuits in there too.  The taste has a general acidity, which loses some points in my book (but gains them elsewhere), starting with red berries before merging into grapefruit.  But there is a lingering darkness that suggests it's perhaps a more full bodied cup than it first appears.  Finally, there is a definite bitter tang and an almost husky mouth-feel that wasn't keen on.

Jono was positive (in his usual style): "It's nice. The box is nice, the strength is nice, the biscuity aroma is nice, the depth is nice, the Belgian chocolatey aftertaste is nice. It depends what one thinks about things that are nice. It's nice to be nice."  Emily was similarly keen, noting "sweet toasted almonds, earthy undertones and an orangey twang at the end."

But this is another coffee that's travelled from afar, and paid the price (literally) for doing so.  At £40 per kilo, it's pricey and I'm just not sure good enough to warrant that price.