Chicken of the Woods

Having taken a pretty epic holiday recently, Mrs Grubster and I were subjected to the unpleasant reality, arriving back in the UK, that autumn was definitely on its way.  It's colder than when we left, it's darker than when we left, it's even started getting foggy in the mornings and stuff.  Not cool, Britain, not cool.
Anyway, cometh the season cometh the peculiar new wild foodstuffs that pop up in abundance every time the weather takes a dramatic lurch one way or another.  It's early September, so that probably means it's mushroom time.  We tramped off to Borough Market in search of mushrooms (puffballs to be precise) but were disappointed.  Instead we came away with Chicken of the Woods, a large bracket fungus that starts life like this… 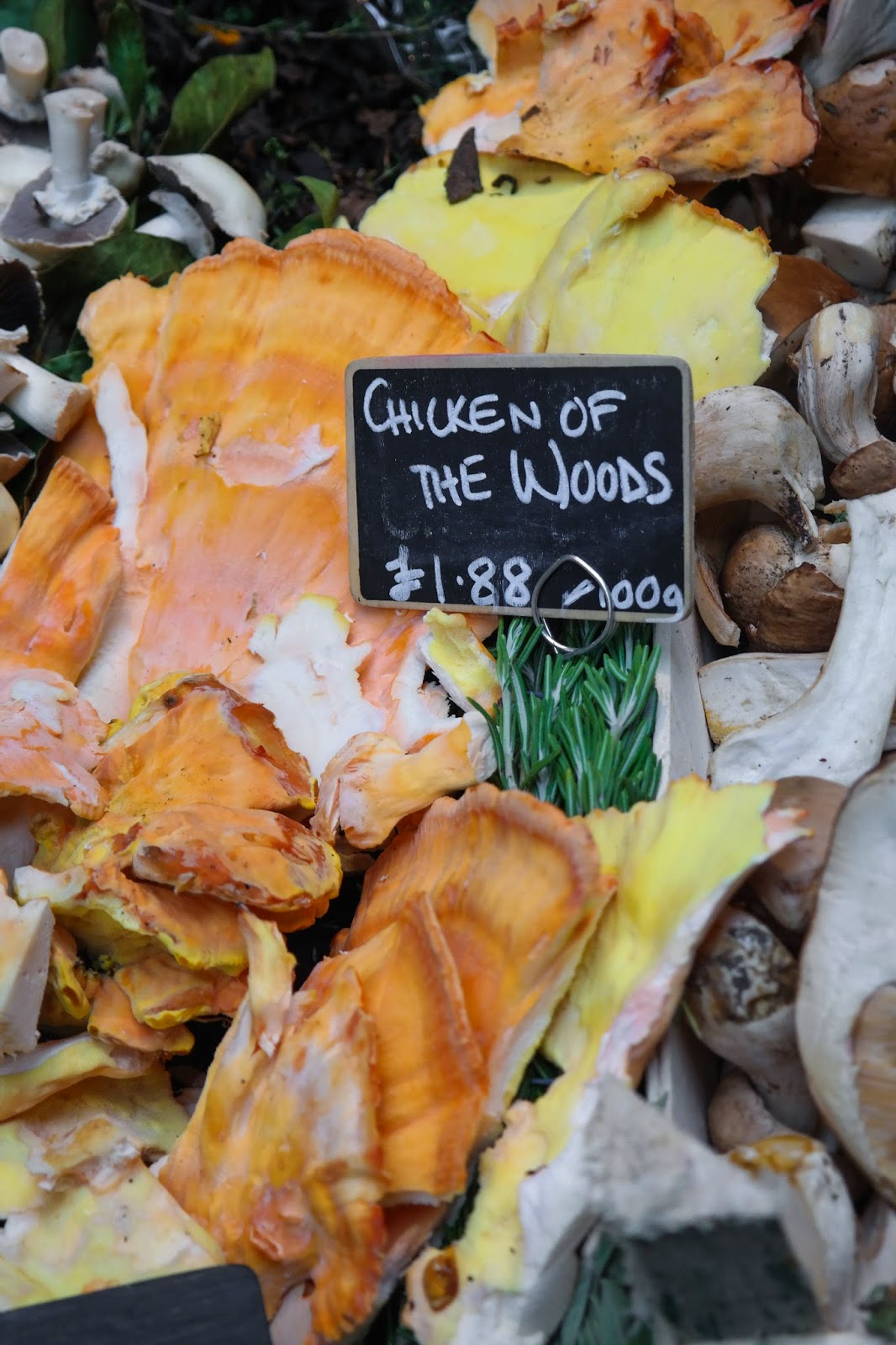 …and goes on to look something like these examples, as it matures and the shelves (yes, that's actually what they're called) become larger and more bunched together. 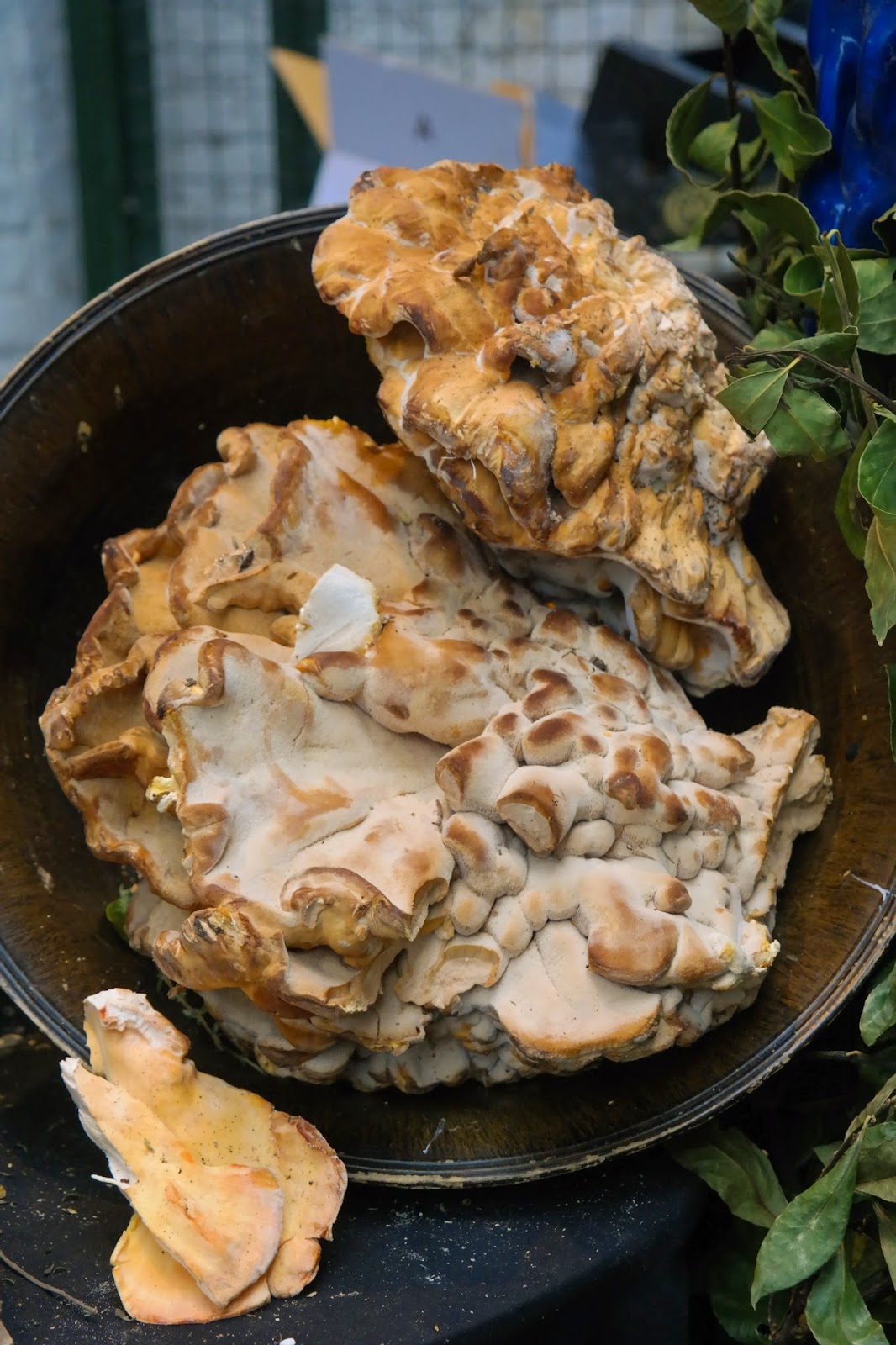 You slice it up and pan fry it like steak – or, in fact, chicken breasts.  The end texture is very different to normal mushrooms – it's genuinely a little like overcooked chicken, quite dry and a little bitter.  To be frank, I'd want to do this again but with other mushrooms – the recipe I loved but I was not a particular fan of the chicken of the woods (or at least this mature version) although others, I should point out, were.

The fungus was sourced from the wonderful Turnips in Borough Market.  Borough Market, by the way, just enjoyed it’s 1,000th birthday.  One thousand years old.  That is mighty impressive – there can't be many food venues out there with that kind of longevity. 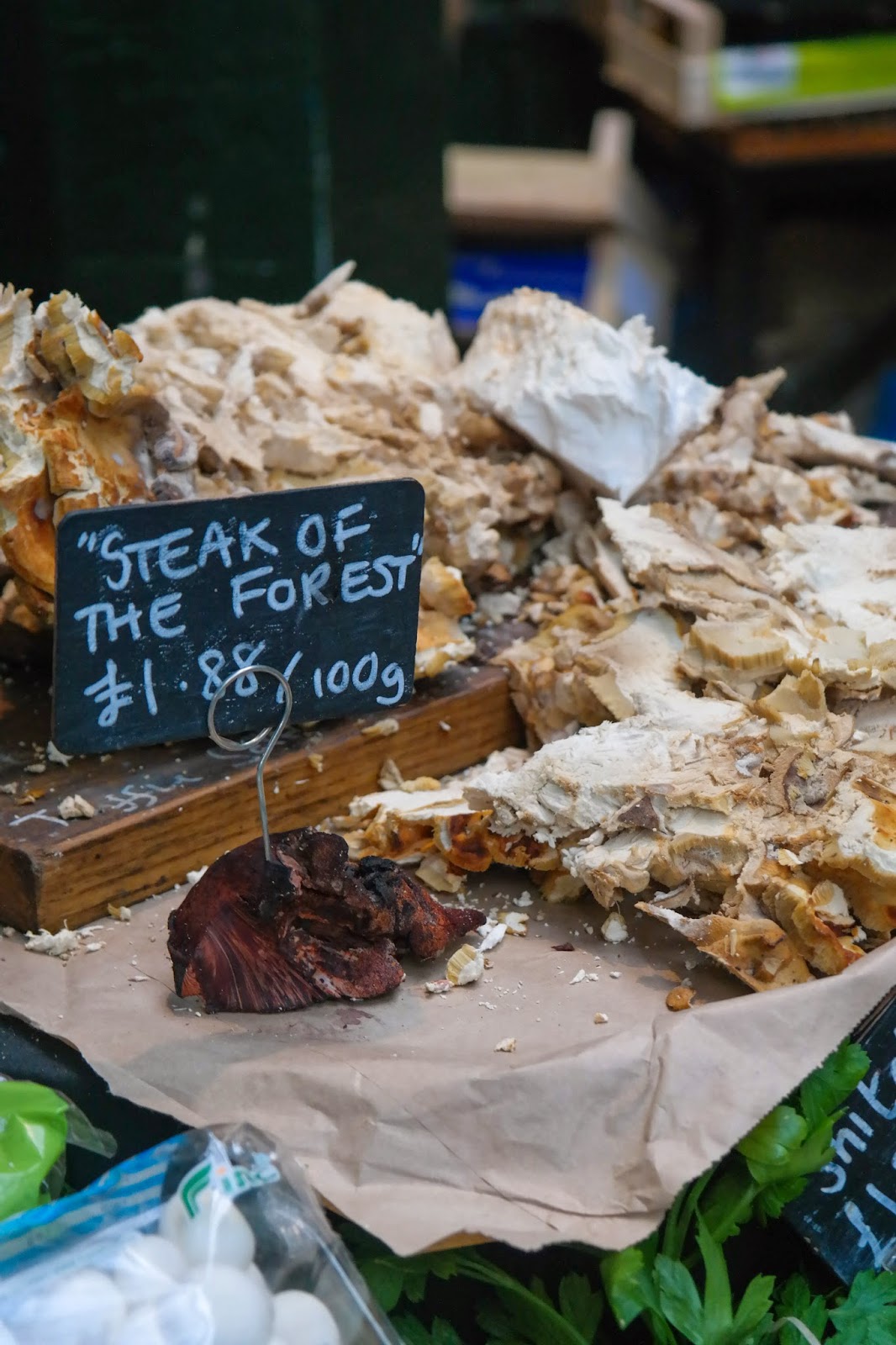 Anyway, back to the recipe...

4-6 chicken of the woods steaks – or enough fungus for 4 people
2 garlic clove
2-3 shallots
1 bushy sprigs of thyme
50g butter
75ml dry sherry
100ml single cream (not used here, but it would have been an improvement)
Bread to serve (eg. ciabatta) 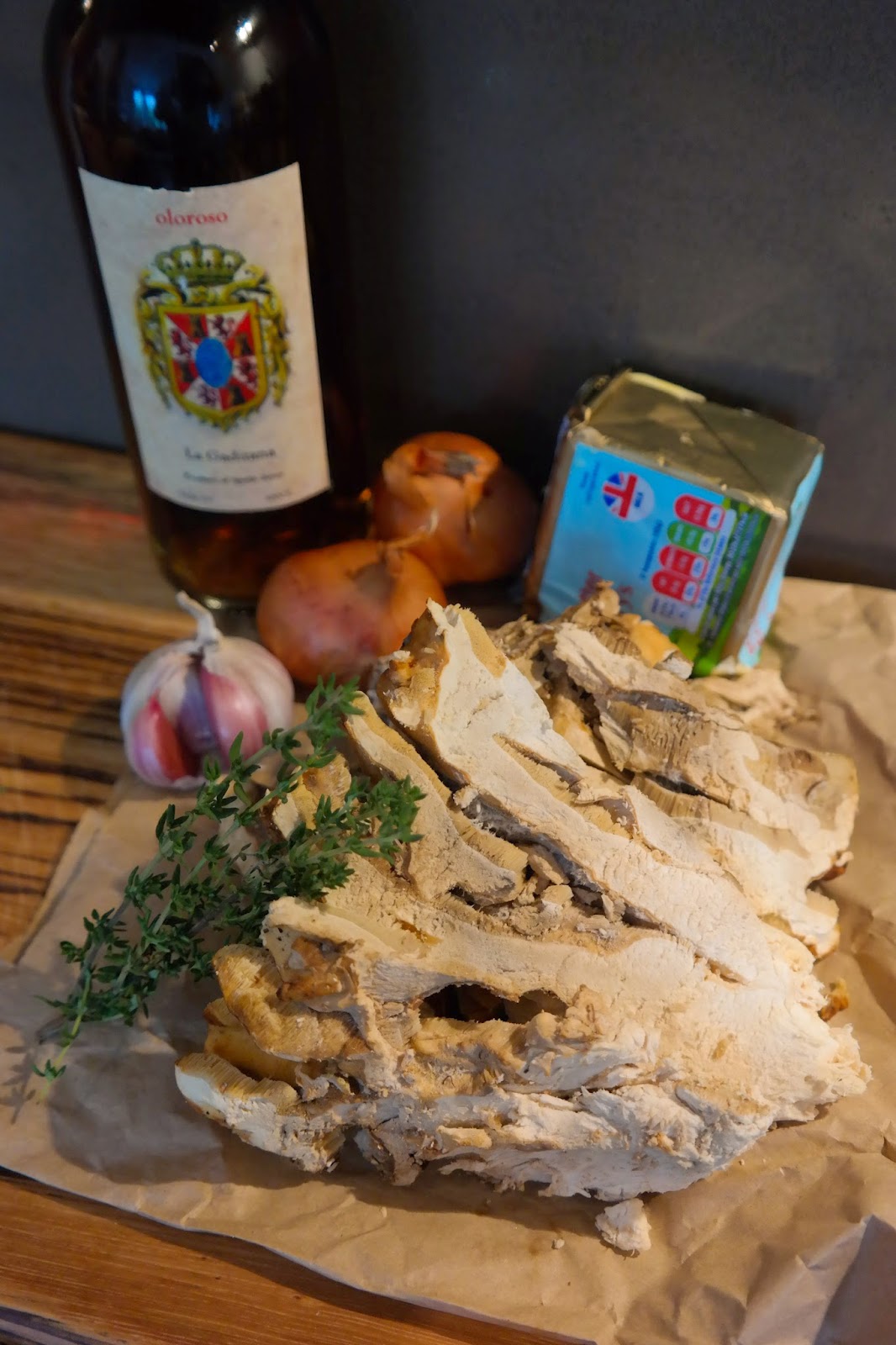 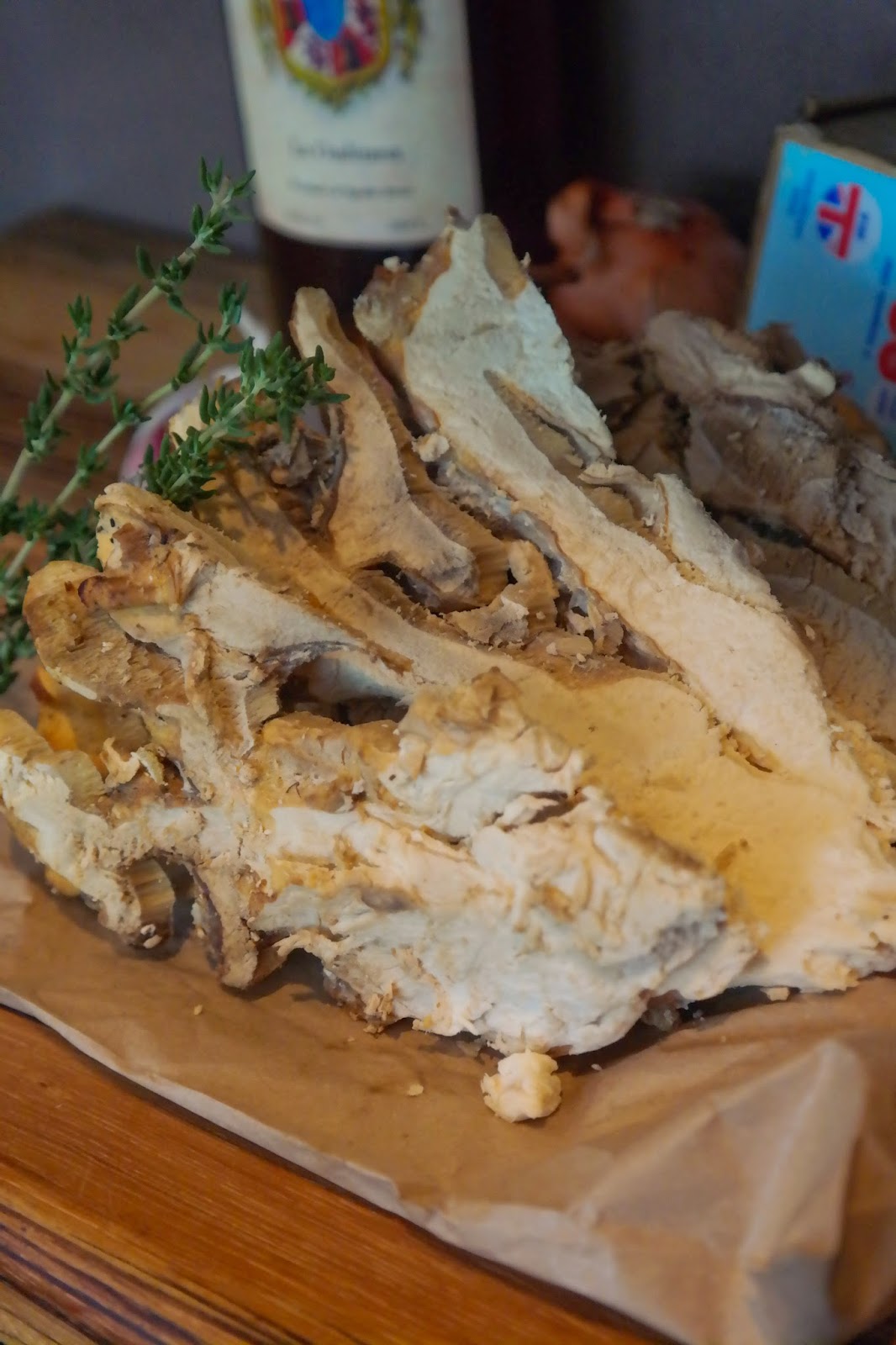 First, chop one garlic clove and shallot as finely as you can.  Fry these in a drizzle of olive oil in the pan together with the thyme (leaves picked from the stalk).  Once browned and softened, remove from the pan and set aside. 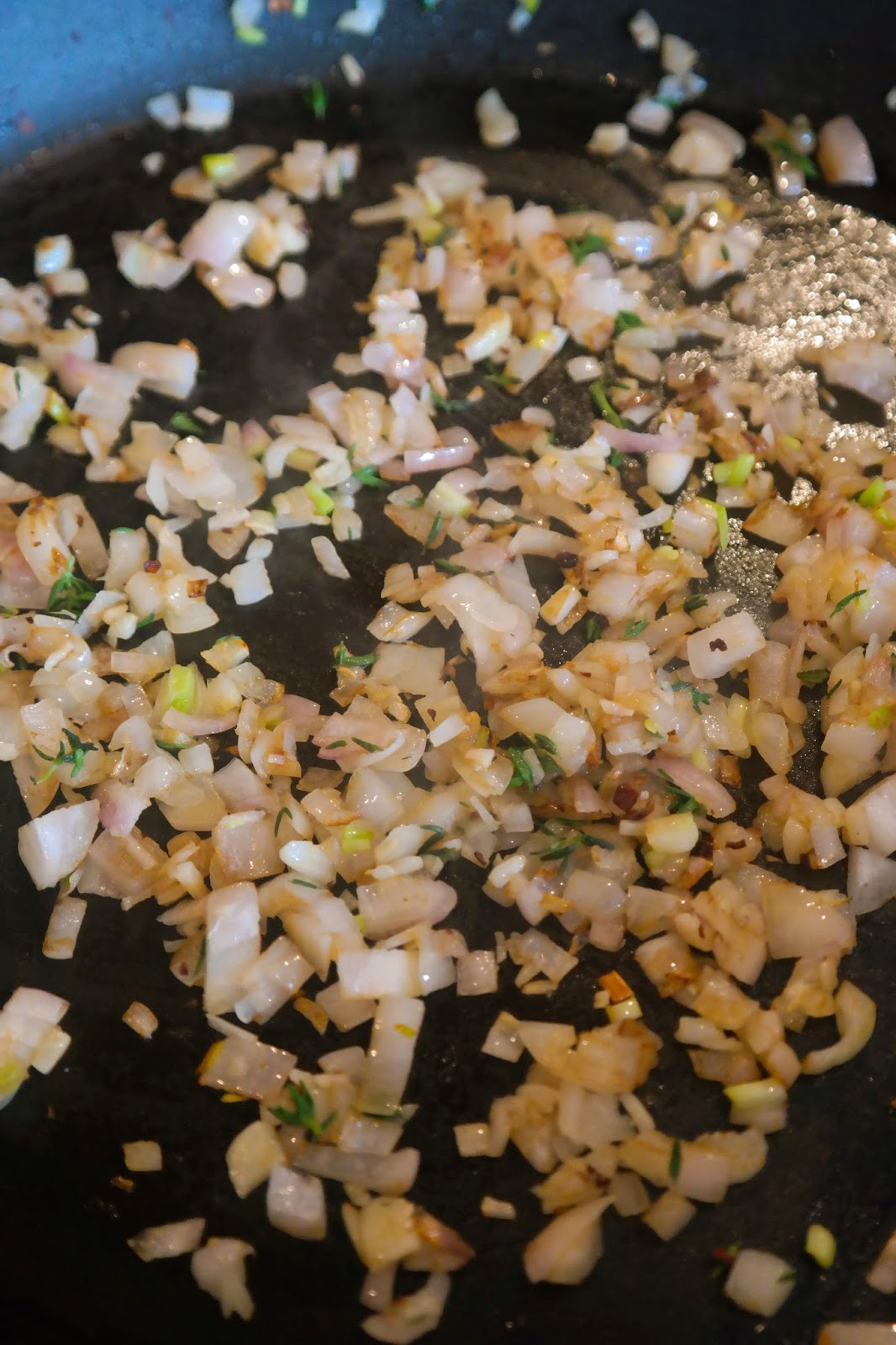 Add half the butter and fry one side of the fungus steaks on a gentle to medium heat for a few minutes, until brown and beginning to crisp a little.  Then flip them over and, spotting them with the remaining butter, cook the other side.  When about done reintroduce the shallots and garlic to come up to temperature. 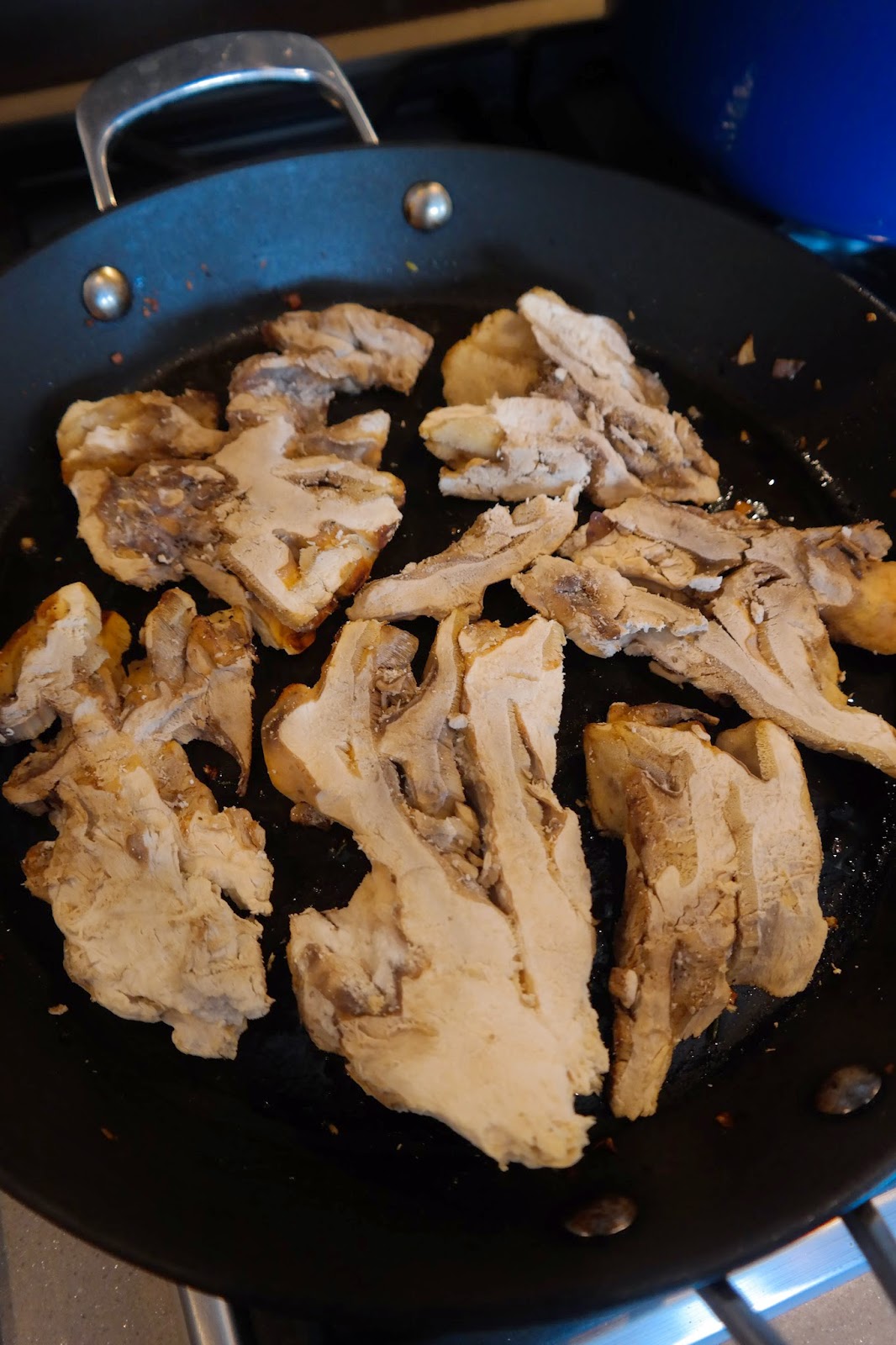 Turn the heat up and pour in the sherry.  Allow it to fizzle away and reduce down to a thick syrup before adding a ladle of water and similarly cooking this off.  Taste the mushroom now to see if it's cooked – if it's still solid, add another half ladle of water and cook for a bit more.  (Note: If you are using different mushrooms, you may not need the water at all – taste one before taking that step.  If it's cooked, just move on.) 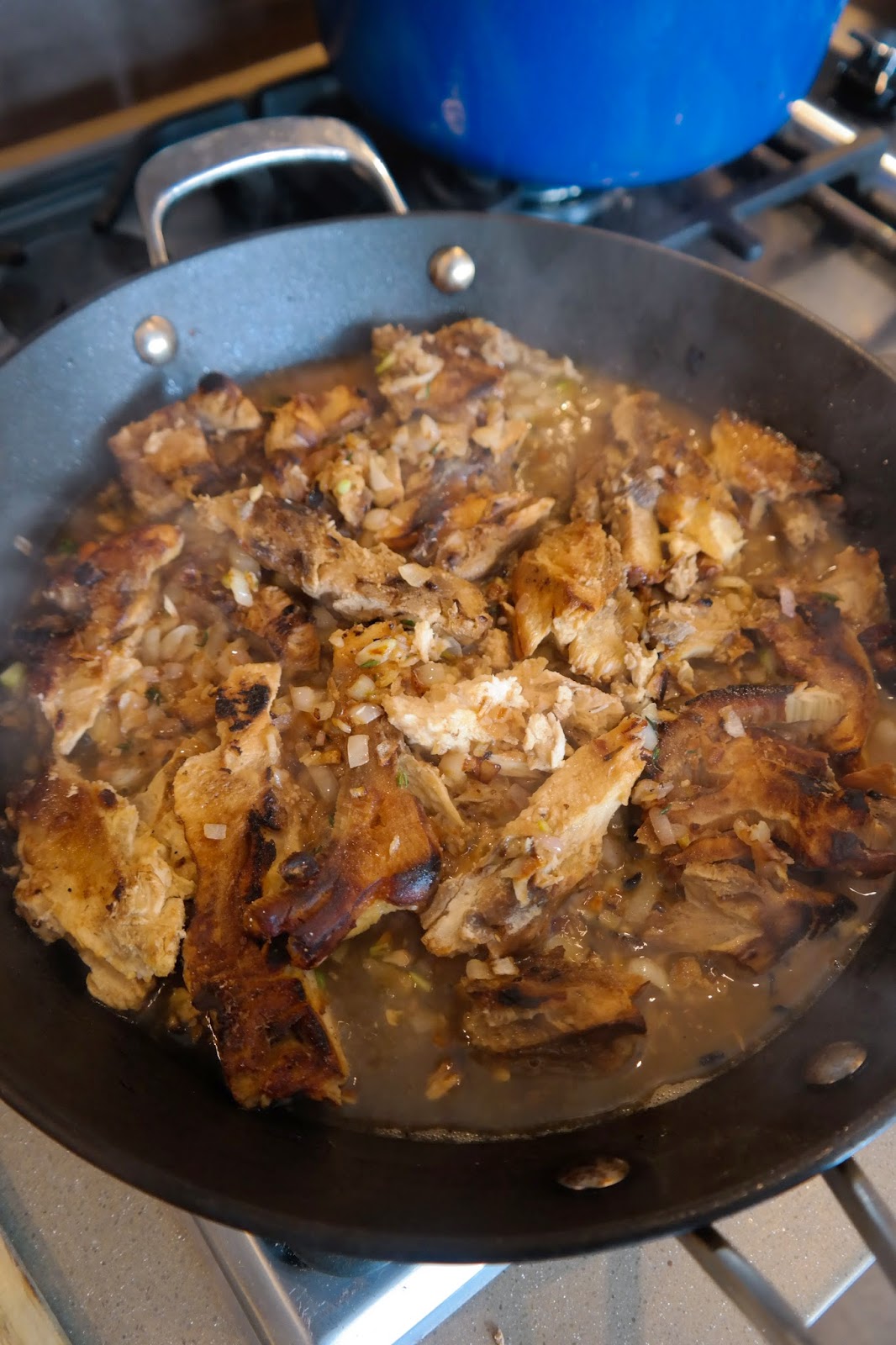 Whilst the liquids are cooking off slice the bread thinly and toast it.  When toasted, slice the remaining garlic clove down the middle and rib each slice with the open part of the clove.  A smear of butter won’t go amiss either as the mushroom mix may be pretty dry.

If you're using the cream, now's the time to add it.

Break the mushroom up into bit size chunks and pile it high up on the toast.  Serve and eat whilst still hot. 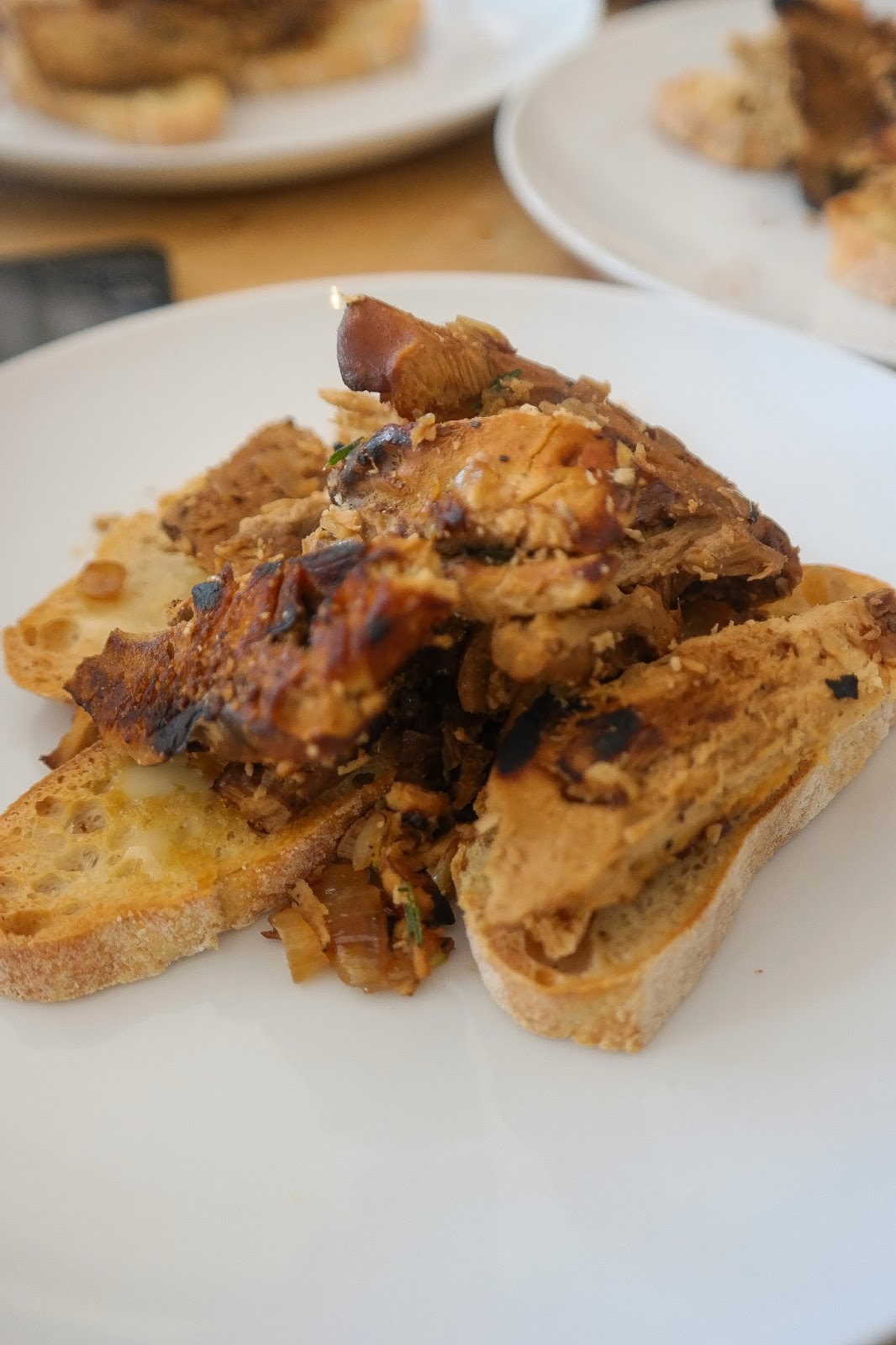