Having brunched to our hearts' content in downtown Singapore, it was time to take advantage of one of the City's greatest assets: its proximity to so many other equally wonderful places.  For us, it was a weekend away in the Thai island of Phuket.

After an exhausting day sunning ourselves by the pool, sundowners on the beach were called for.  Mojitos and sunsets are natural best friends.  Even if the drink itself could hardly be less local, they were good and hit the spot nicely. 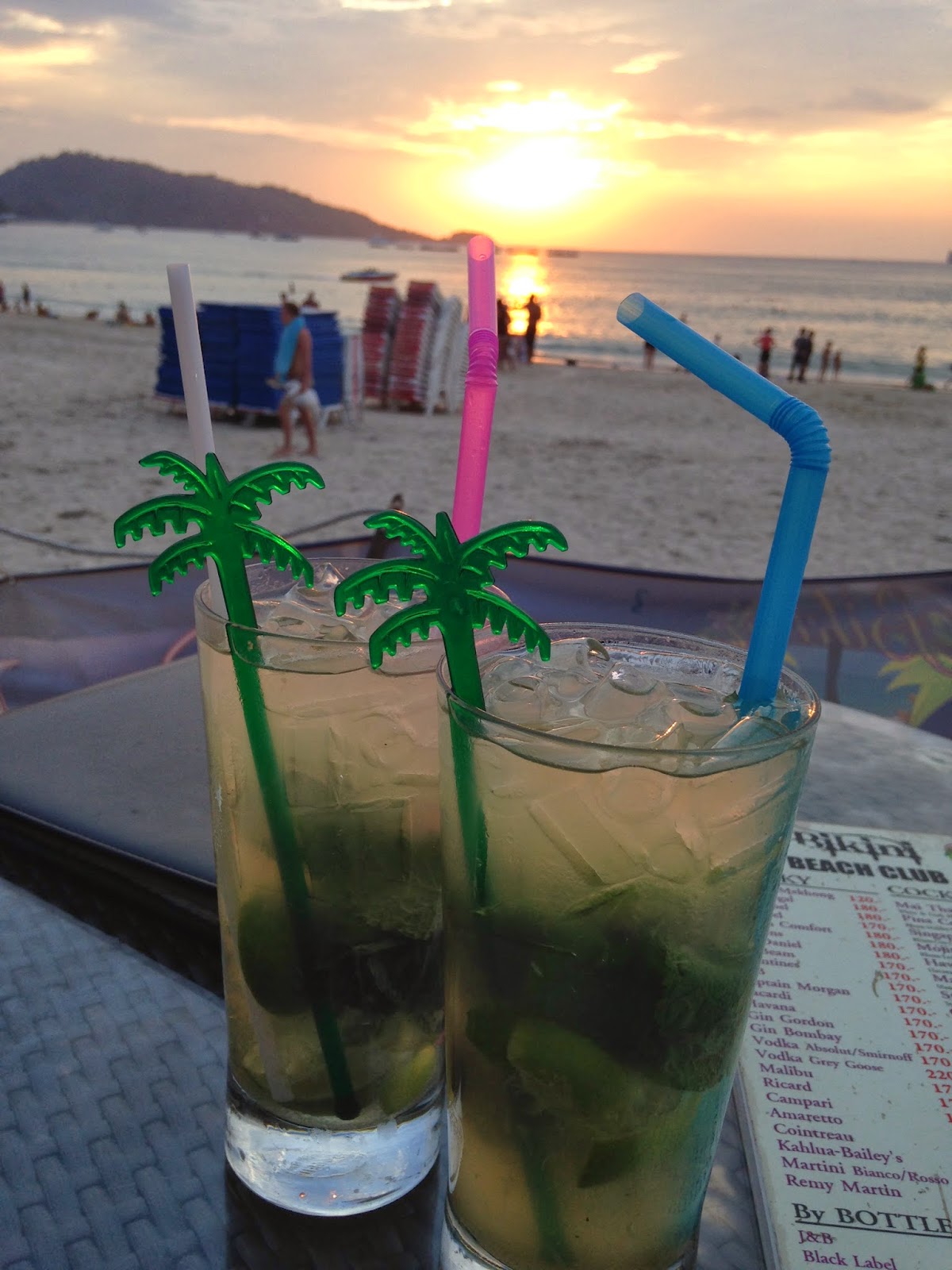 For dinner we headed to Baan Rim Pa, a picturesque spot perched on the cliffs that surround the shoreline and one of Patong's smartest restaurants.  It has a real old-school charm, almost colonial with its wooden sculpted bar, deep rattan chairs and billowing fans. 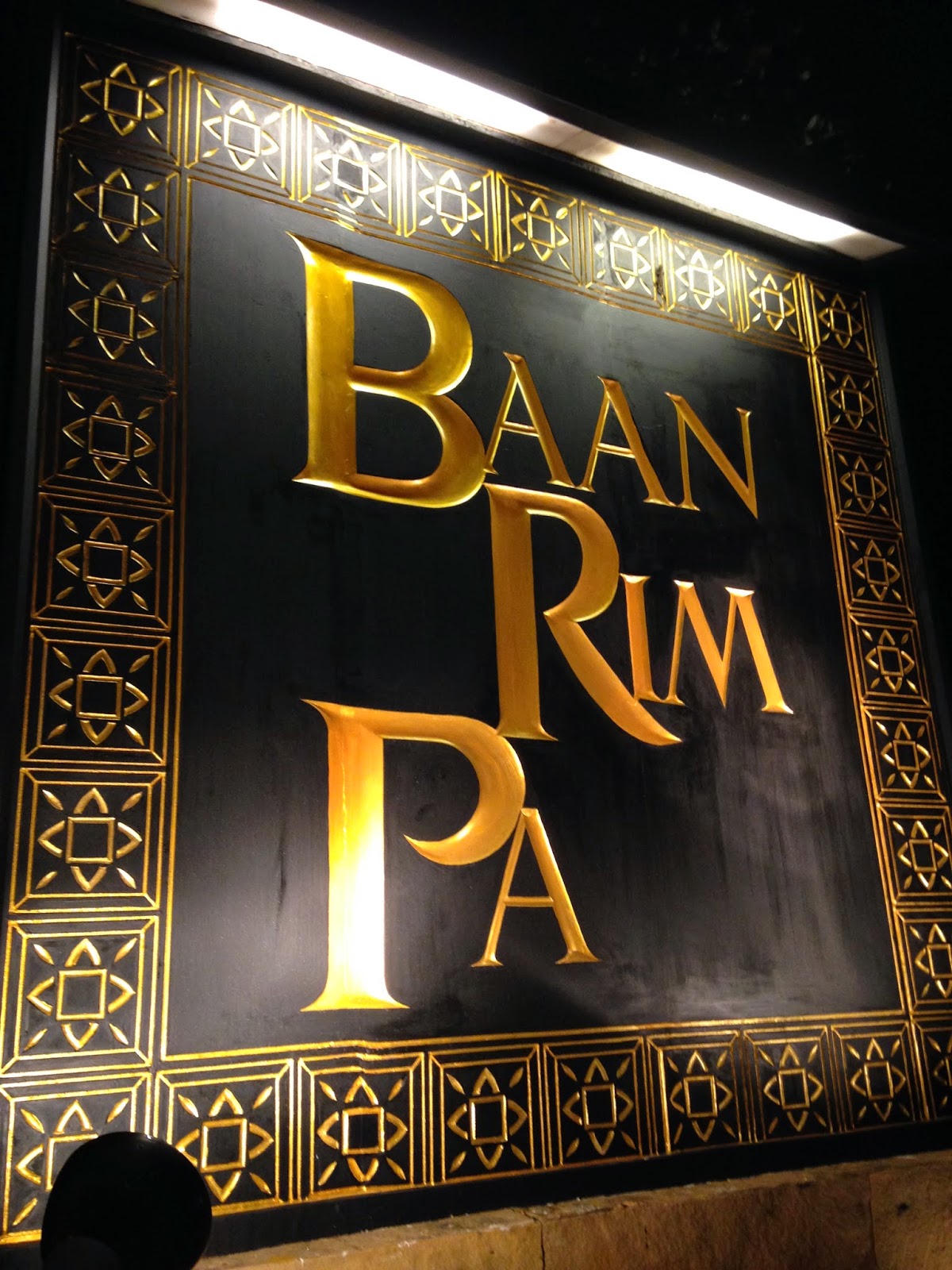 But the real star of the show is the food – which is a good thing, given that it's what we'd ventured out for.

We kicked off proceedings with a couple of starters.  Po pia sod, fresh spring rolls, which turn out to be simply spring rolls as you and I know them but not deep fried (which was something of a relief – it's hardly a healthy cuisine generally).  The somewhat softer shells were a relief, actually.  I love a good Thai spring roll as much as the next man, but these were somehow lighter, easier eating than the average roll, which suited the hot and humid environment well. 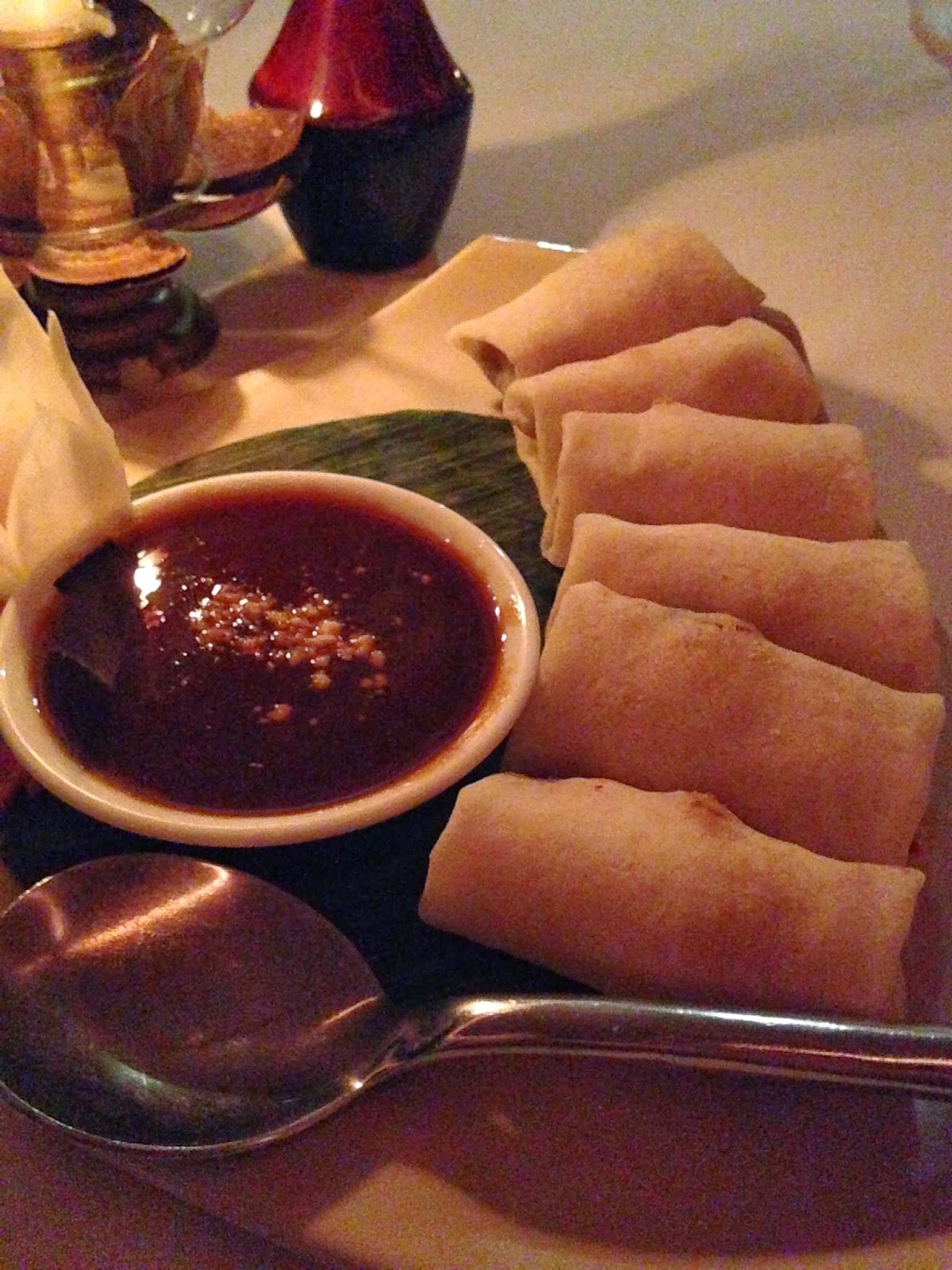 We also ate latieng, a mixture of minced prawns and nuts, wrapped up in a spider's web of eggs.  Heaven knows how they make those things, but thank goodness they do – they were yummy. 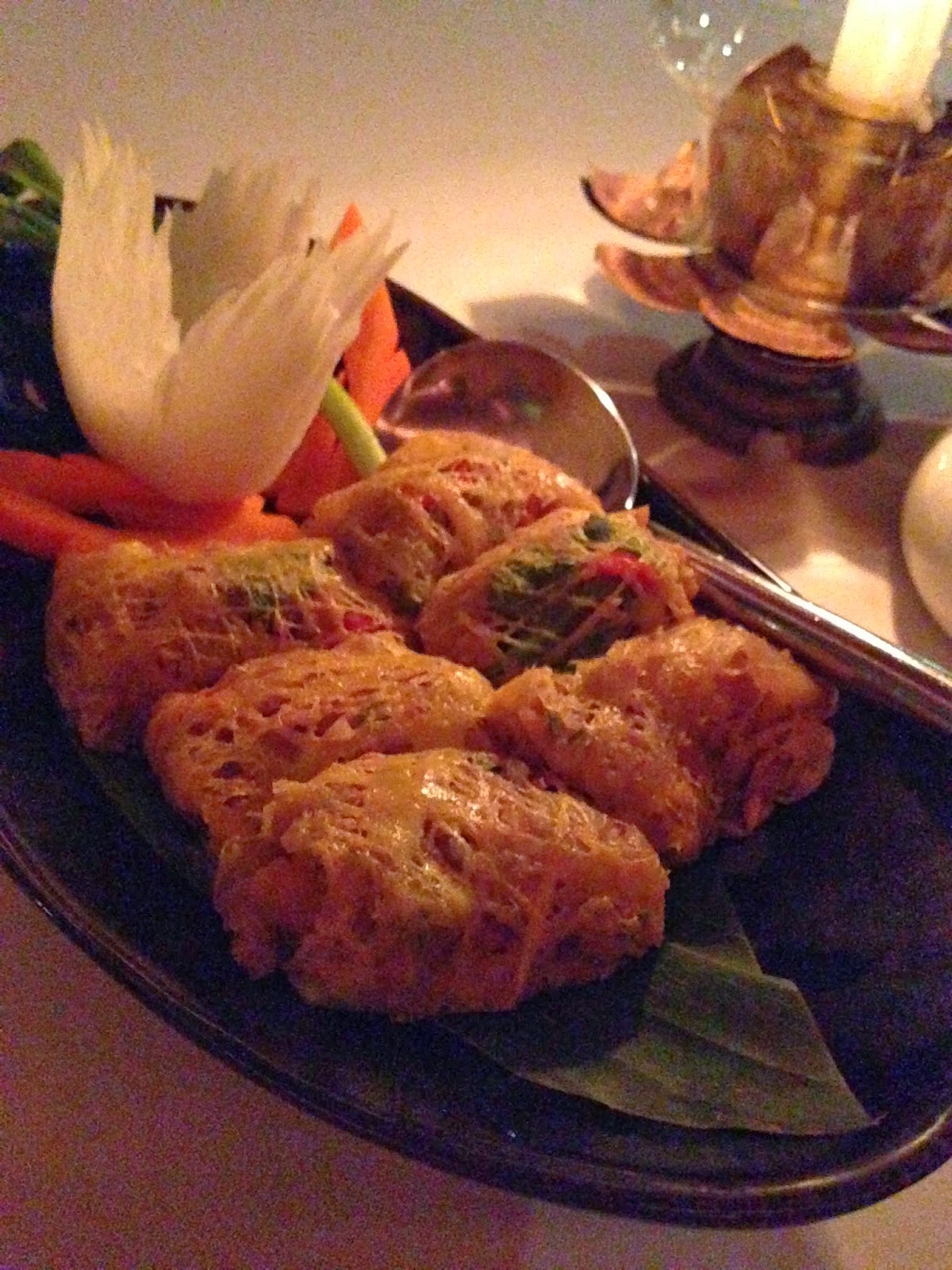 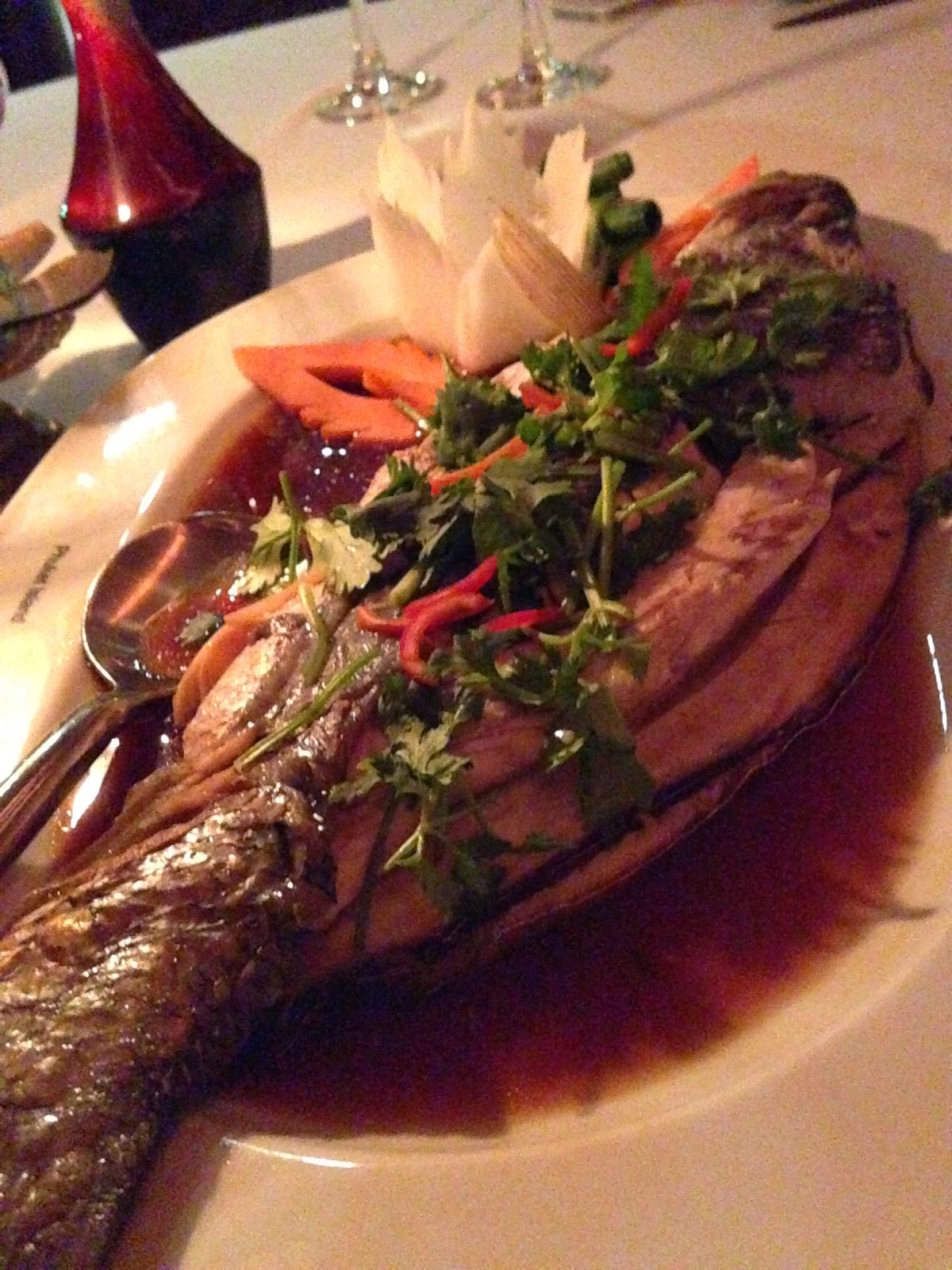 I had panaeng ped, a duck curry with lychees.  Again, beautifully done – soft, tender duck with a tasty sauce (although my one criticism might be that there wasn't enough sauce – I want it swimming, like a good old red curry). 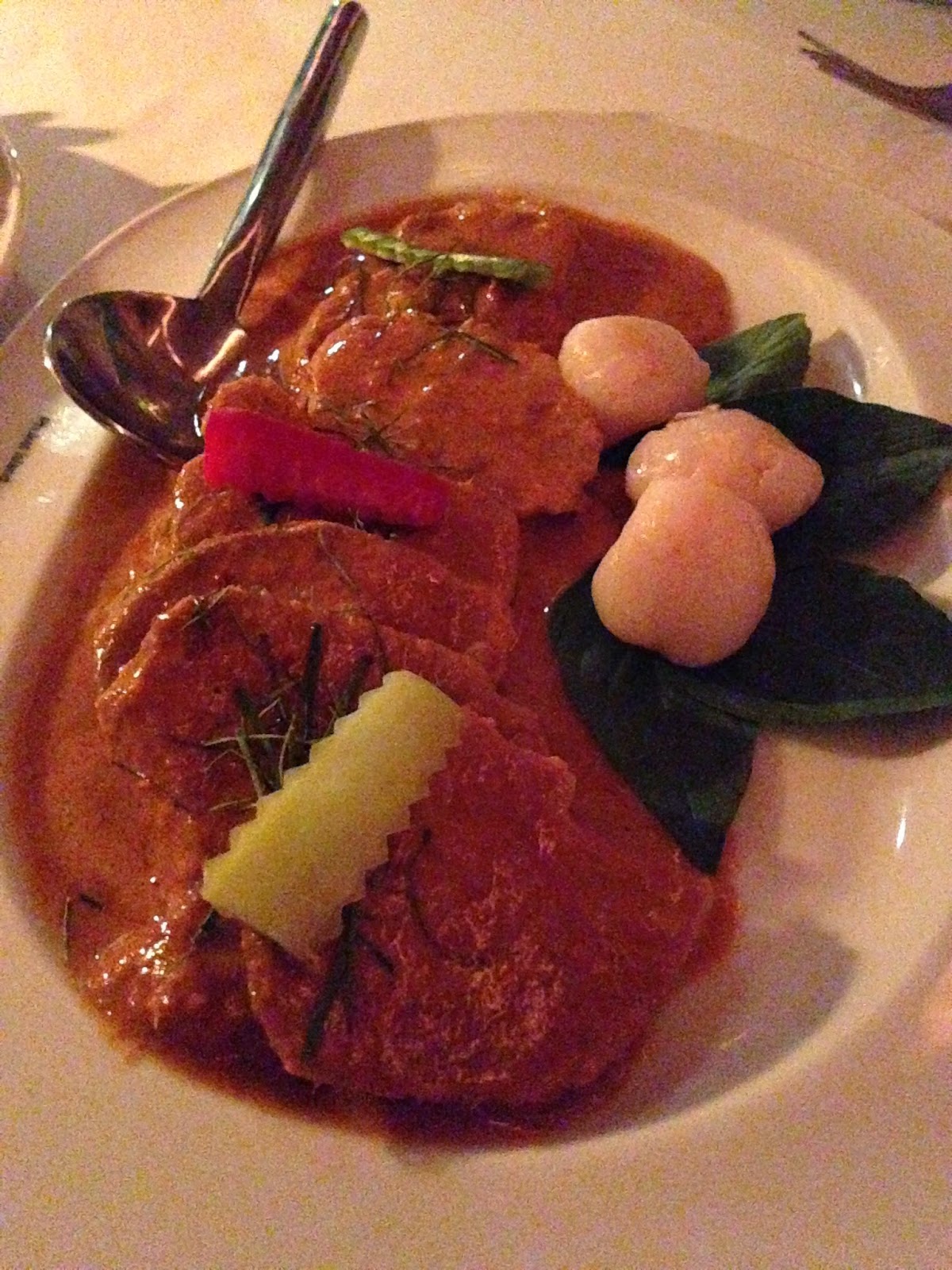 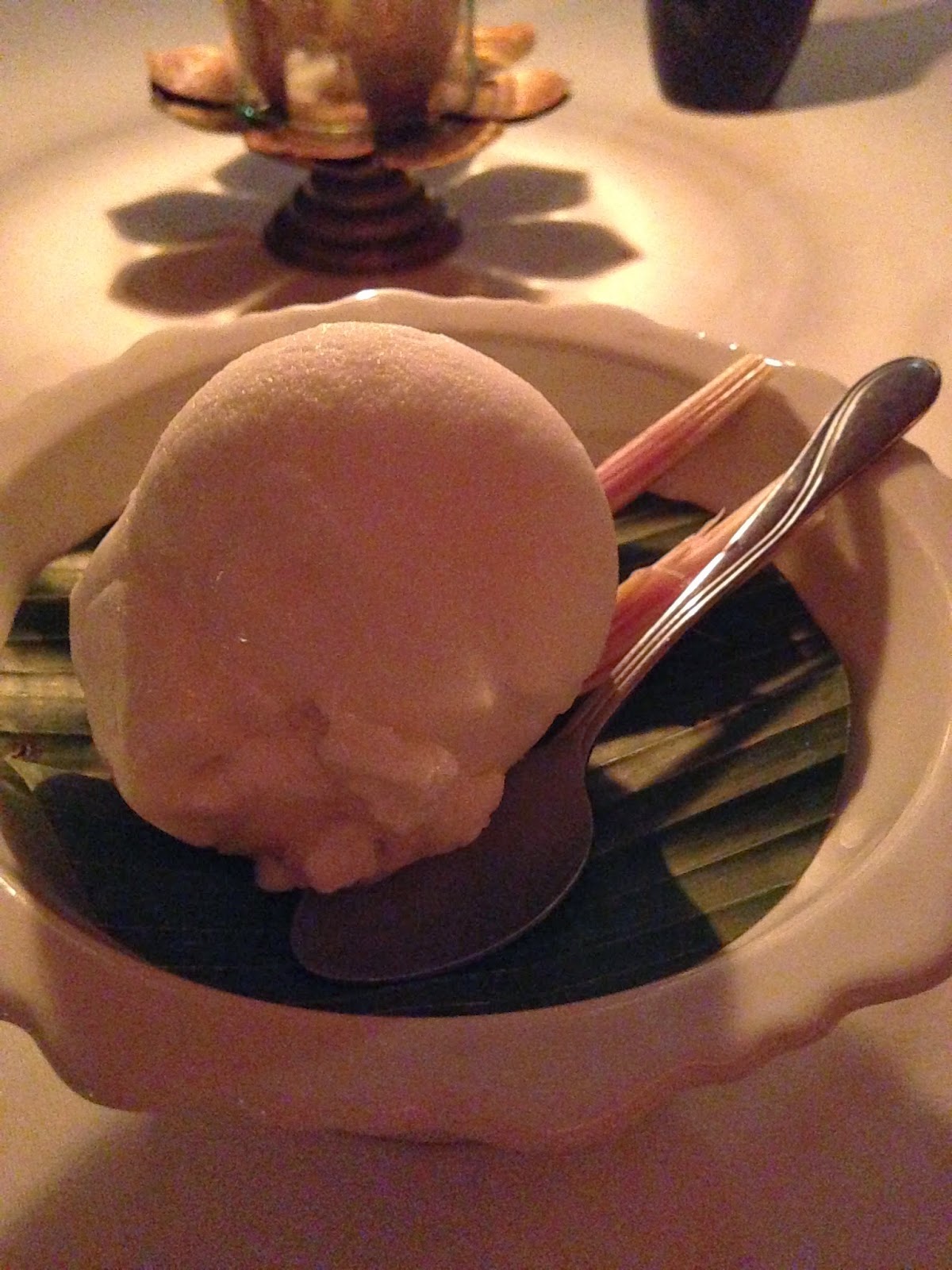 There's no getting away from it: Baan Rim Paa is expensive.  You're paying London prices for the food and drink, which is fine, except that you're in Thailand.  We had eaten the night before at Kampong Kata Hill which is not quite as good but a fraction of the price.  Baan Rim Pa is excellent, and beautiful, but the bill seems out of kilter with the rest of the island.